A 90-year-old from Malbork has become the oldest man in Poland to parachute out of a plane.

Jerzy Józwiak defied his age and proved that nothing is impossible by recently making the 4,000 metre jump and could now be eligible for a Guinness Record.

His instructor from the Strefa Baltic parachuting club posted on Facebook: “I think it’s safe to say he’s the oldest person in Poland to ever have made a tandem jump.”

A large group of family members came to cheer him on at the parachute club in Elbląg, whose experienced instructors made sure that the nonagenarian was completely safe during the tandem jump. 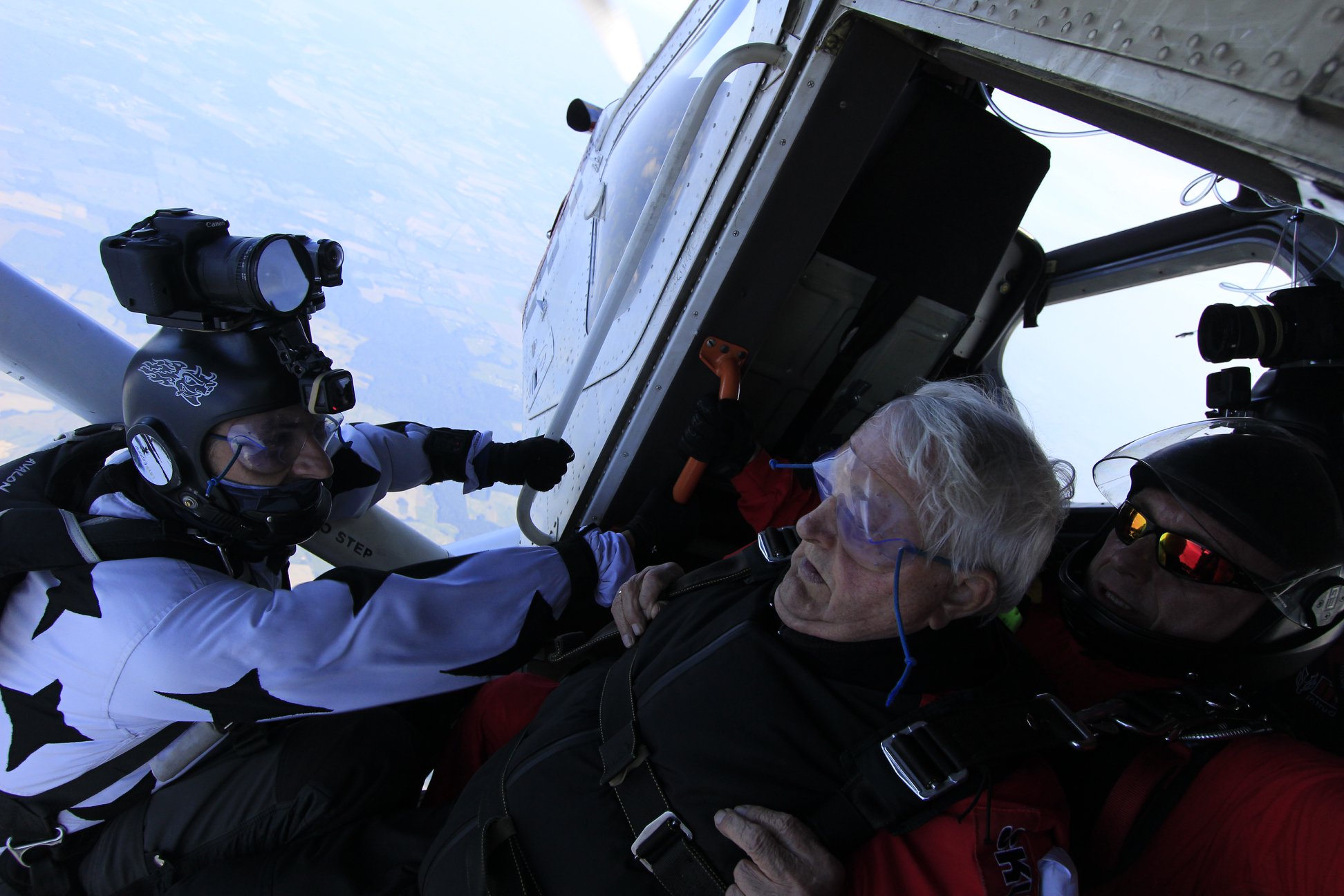 The dream-fulfilling jump was Jerzy’s way of commemorating the outbreak of the Second World War.Strefa/spadochronowa/Baltic/ Facebook

Jerzy made a big impression on his seasoned co-jumpers: “His condition, imagination, charisma and vigour could put a lot of teenagers to shame […] he’s also an unreformable optimist and not a bad comedian either,” one posted.

A true force of nature, Jerzy regularly rides his bike and also goes out on a boat; however, the jump wasn’t all plain sailing: “I was several thousand metres aboveground, in the clouds and with the roar of the engine and a small dot on the ground to land on, but the instructor gave me a kick in the backside and out we flew,” he recalls. 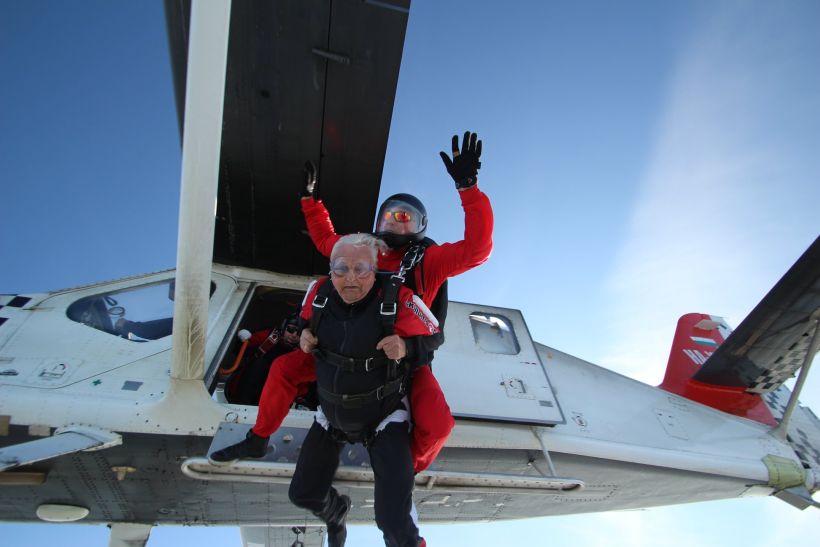 He’s the oldest person in Poland to ever have made a tandem jump.Strefa/spadochronowa/Baltic/ Facebook

“The worst bit was falling head first at 240 km/h, but then the chute opens and you can just enjoy the view,” he said.

Jerzy was born in Warsaw in 1928 and during the Warsaw Uprising the Germans ordered his family to leave their home in Praga.

The 90-year-old went on to live a quiet life in Malbork but the war left an indelible mark on him.

The dream-fulfilling jump was Jerzy’s way of commemorating the outbreak of the Second World War and his excitement and joy was mixed with sadness and reflection. 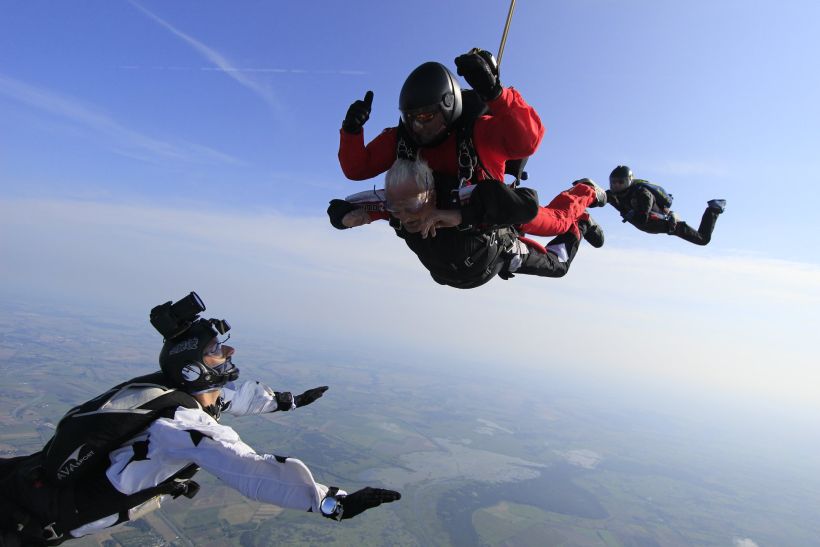 The novice parachutist is a regular at the University of the Third Age in Malbork and is its oldest student. Not everyone was convinced that the jump was a good idea though: “People I mentioned it to said I was crazy,” he says.

“But you have to have a goal in life and do what you are passionate about. My dream was to do the jump. I’m a bit daft like that.”

Does Jerzy have a secret that explains his healthy age? “I think the fact that I have lived so long is that I take life with a pinch of salt,” he added. 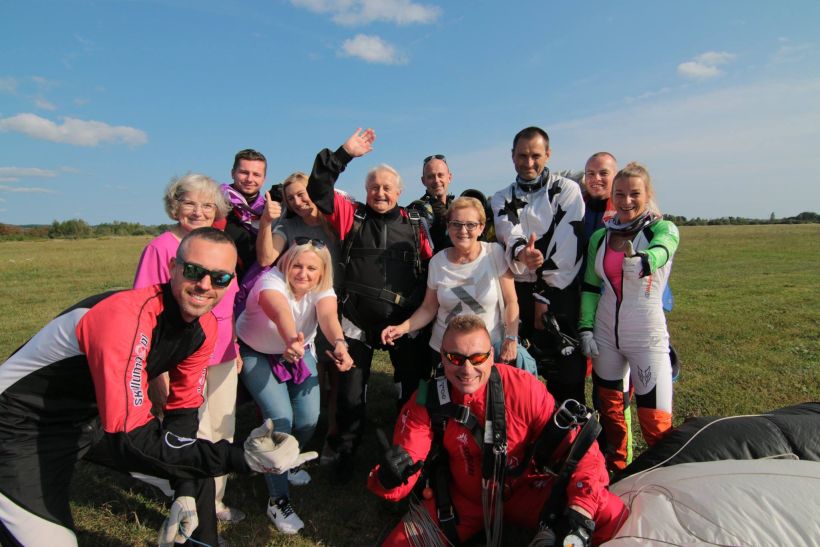 Family members came to cheer him on at the parachute club in Elbląg.Strefa/spadochronowa/Baltic/ Facebook