Notably, she was the first Polish female artist to earn fame in Paris, considered the most important artistic centre of Europe in the second-half of the 19th century.

She was also the first Polish female to gain an artistic education on a professional academic level at a time when painting and sculpture were rigidly considered male professions and even in Paris, women could only take up studies in a select few private institutions. 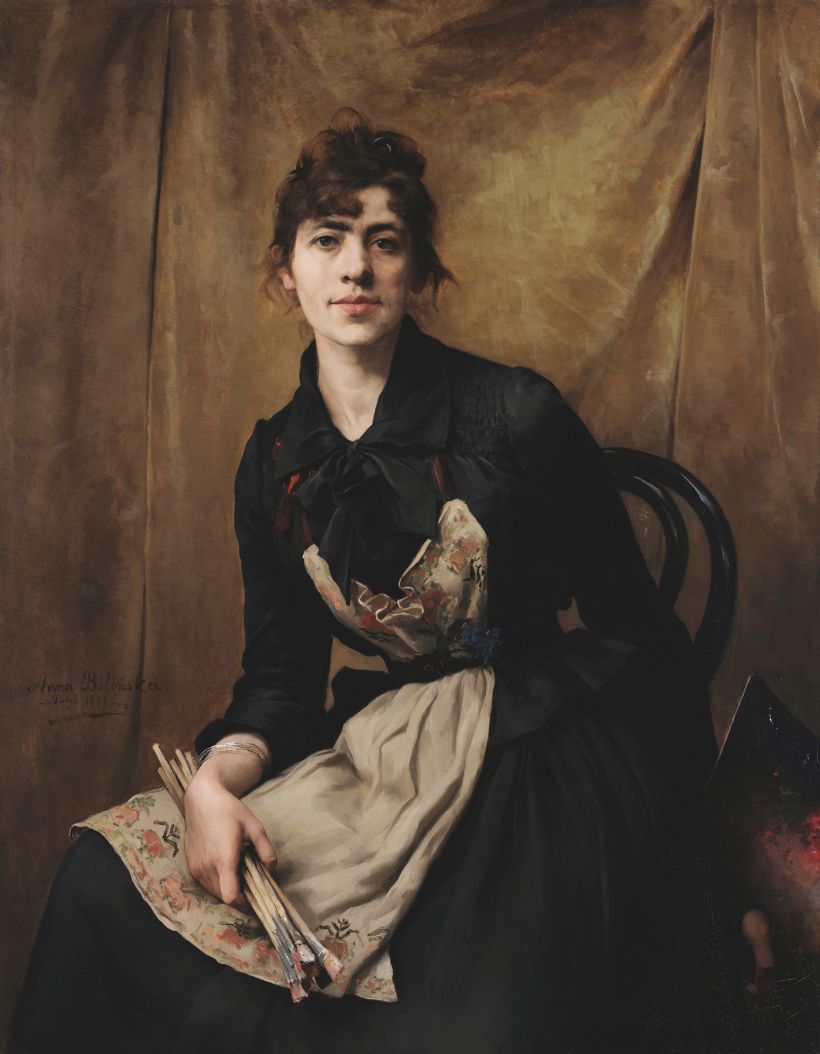 Bilińska, pictured here in a self-portrait, was the first Polish female artist to earn fame in Paris, considered the most important artistic centre of Europe in the second-half of the 19th century.Public domain

Now, for the first time, the National Museum of Warsaw is casting light on her remarkable life and works through a new exhibition ‘The Artist. Anna Bilińska 1854-1893’ aimed at restoring Bilińska’s memory and her place in the Polish artistic canon.

Born in Warsaw and coming of age in the latter half of the 19th century at a time when across Europe, social conventions dictated that a women’s role was restricted only to work in the home, Bilińska signed up to drawing classes under the tutelage of renowned painter Wojciech Gerson at one of the few places that admitted women in the Polish capital, a place which would later transform into the Academy of Fine Arts.

While studying in Warsaw, she rented a small artist’s atelier in Warsaw at Number 2 Nowy Świat. She also exhibited her works at the Warsaw Society for the Encouragement of Fine Arts (‘Warszawskie Towarzystwo Zachęty Sztuk Pięknych’) at the Europejski Hotel. 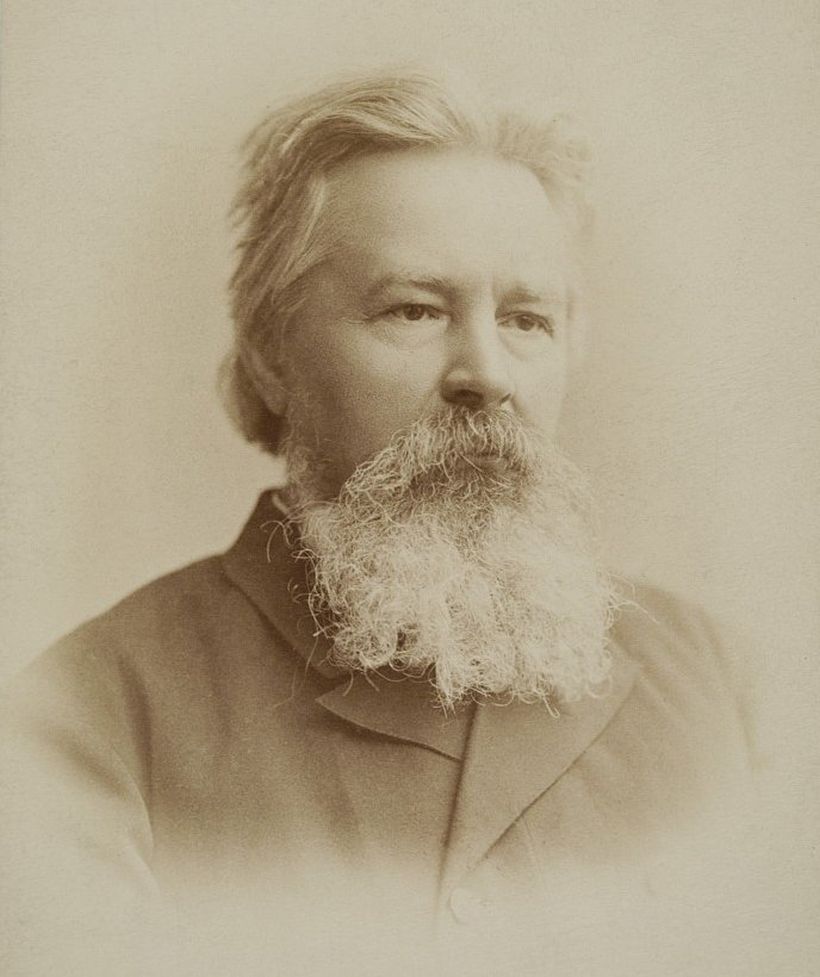 Bilińska signed up to drawing classes under the tutelage of renowned painter Wojciech Gerson at one of the few places that admitted women in the Polish capital, a place which would later transform into the Academy of Fine Arts.Public domain

As the result of a friendship she formed at the school with fellow classmate Klementyna Krassowska, Bilińska had the opportunity to travel to Vienna, Salzburg and northern Italy where she had the chance to see the work of the old masters as well as renowned contemporary painters in the world’s most prestigious galleries.

In 1882, motivated by her passion and keen to develop her painting, Bilińska moved to Paris where she began studies at the Académie Julian, a private arts school for women. Despite being unable to rely on financial support from family, the determined artist rented a small room where she made a living by giving drawing and music lessons.

In Paris, Bilińska quickly showed promise, and her works were held in high regard by her professors as shown by the fact that just a year after starting at the school she won second prize in a painting competition held by Académie Julian. 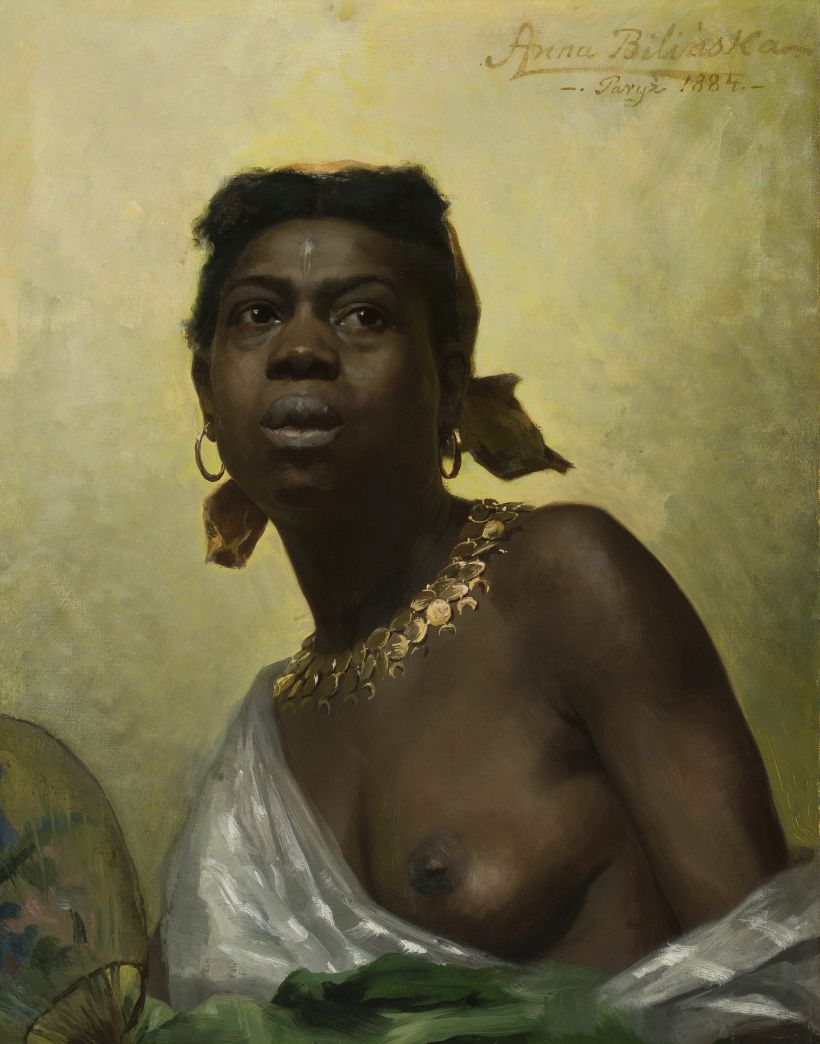 When she was just 27, Bilińska produced a striking painting of a model under the title ‘A Female Study: the Negress’ (historical title: ‘The Negress’).Public domain

This was to be the first of many of Bilińska’s high profile international recognitions, which included a gold medal for her ‘Self-Portrait with a Palette’ at the 1887 Salon and a Silver medal for the same picture at the World Exhibition held in Paris in 1889. It was this painting which launched and cemented her international fame, earning her sparkling reviews in the world press.

She also won a gold medal at The Royal Academy in London in 1890 and another gold in an international art exhibition in Berlin in 1891. At this time, Bilińska was above all known and recognised as portraitist.

Unlike her previous Polish arts school, the arts school in Paris employed mainly life models, though not fully naked ones as was allowed in the case of male arts students. 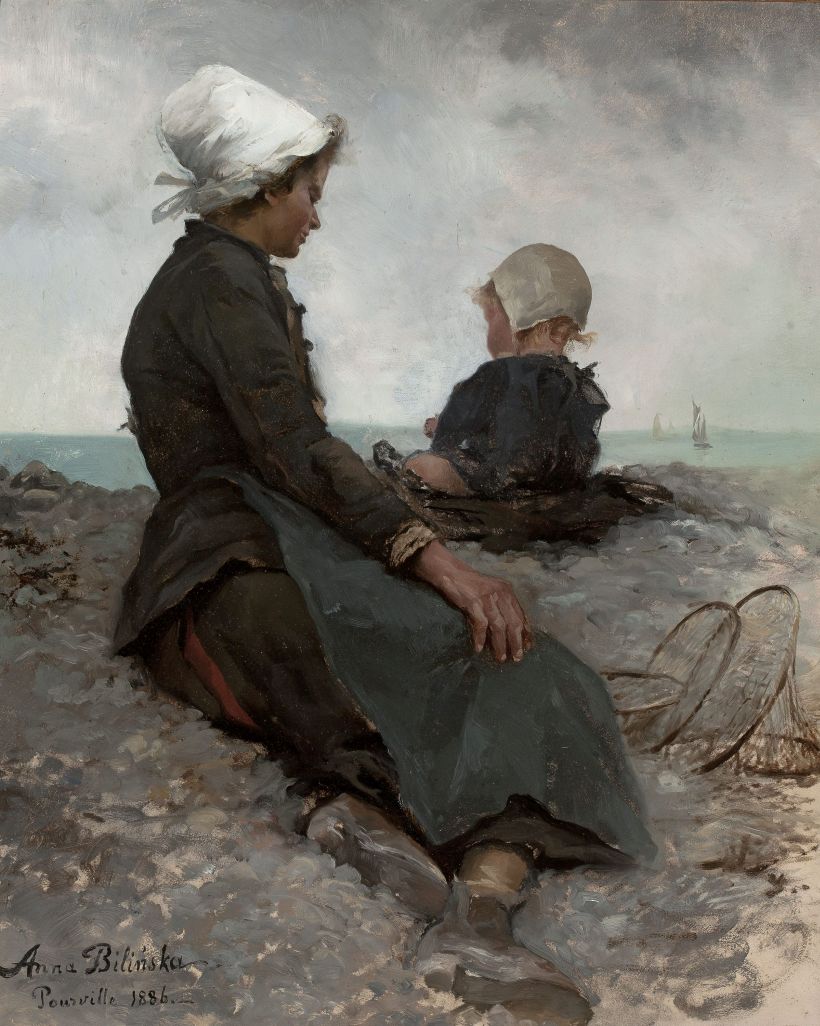 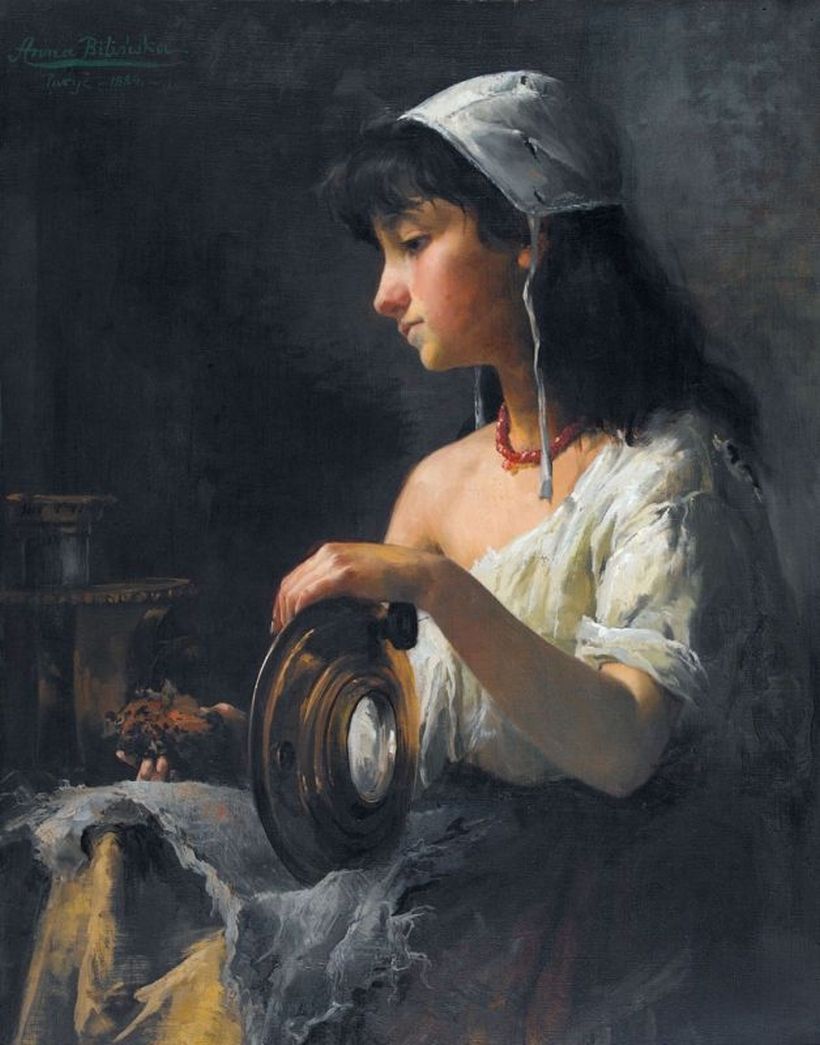 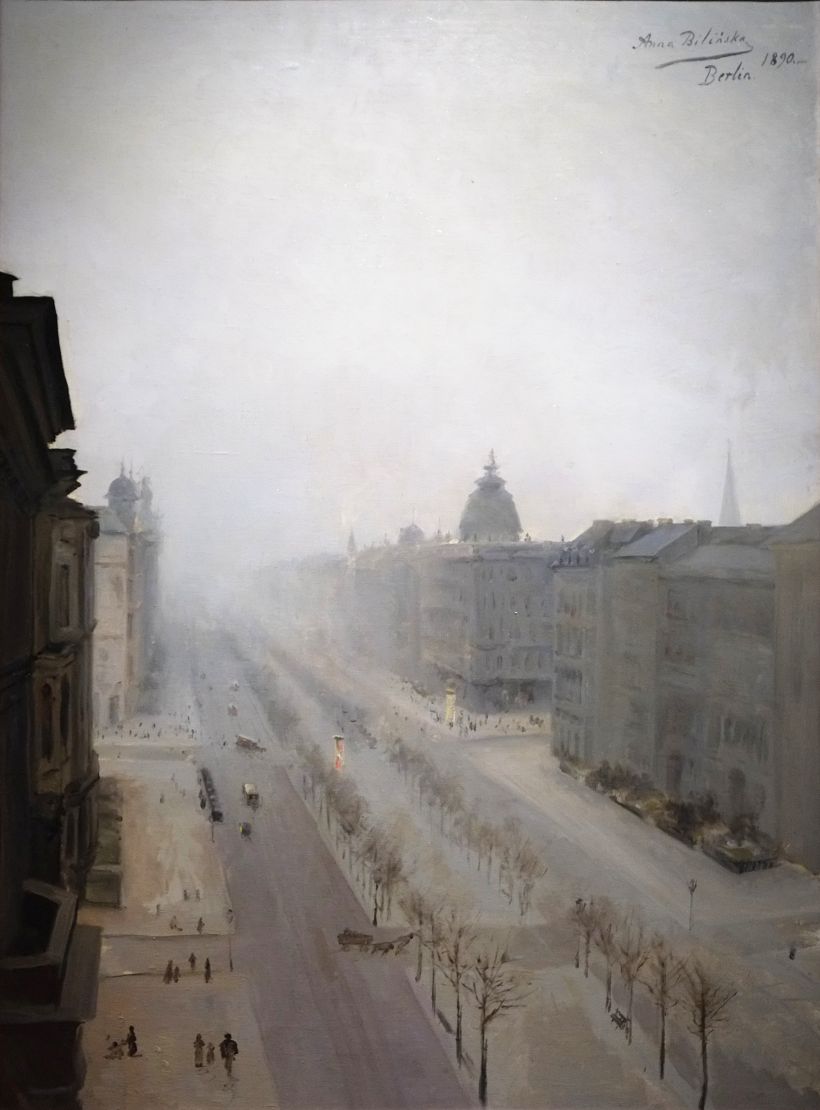 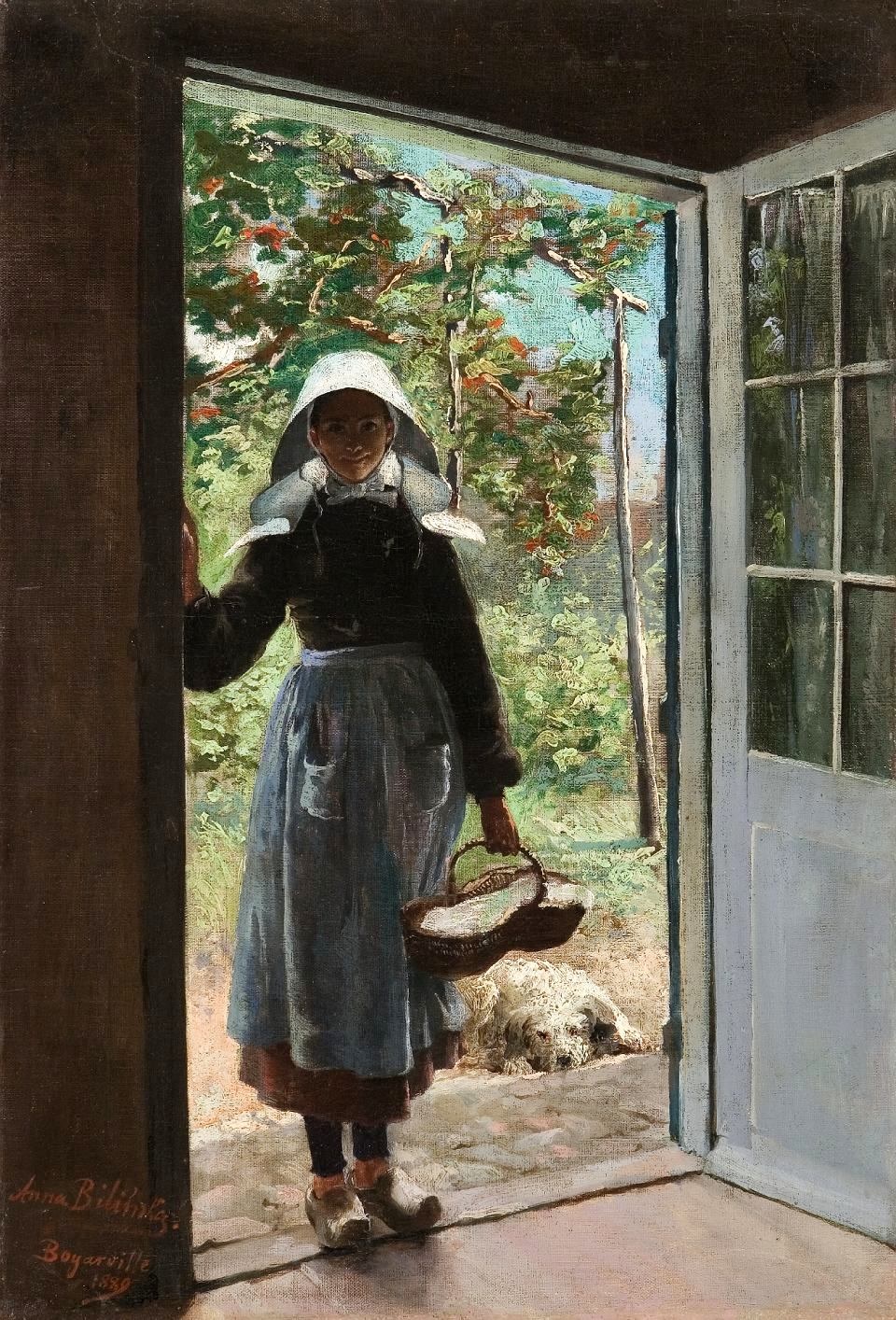 One of Bilińska’s portraits shows a male model wearing red briefs. Black female models wearing exotic costumes were also employed to help students with the drawing of characteristic types and a 27-year-old Bilińska produced a striking painting of one such model under the title ‘A Female Study: the Negress’ (historical title: ‘The Negress’).

But Bilińska’s fame and recognition was preceded by great personal tragedy and difficult personal circumstances she had been forced to overcome. The death of her father in 1884, was followed not long after by the death of her close friend Klementyna Krassowska and her fiancé Wojciech Grabowski. 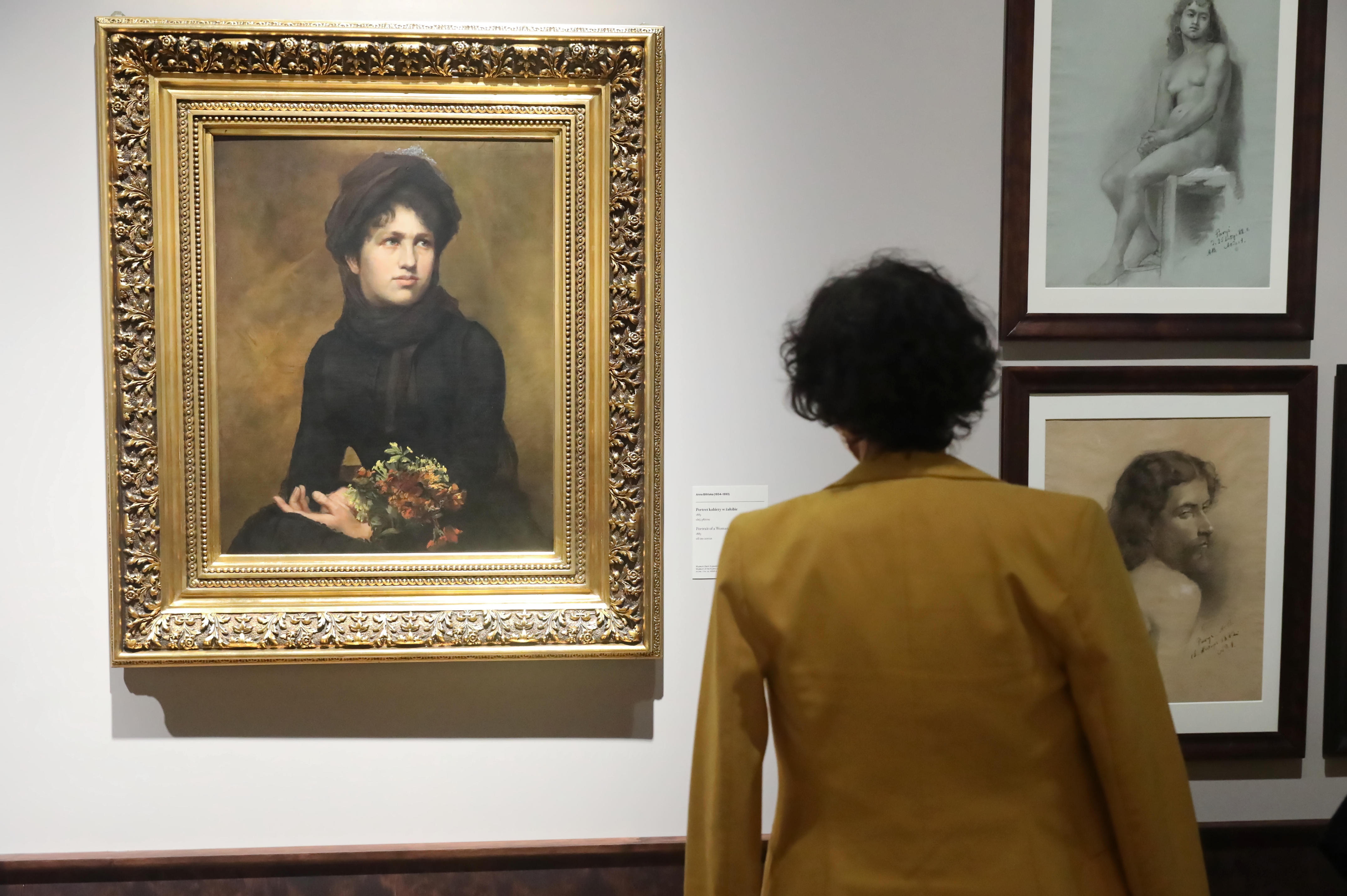 Bilińska’s work falls under the style of European realism. During her time living in Paris, she exhibited her works in Paris, Grenoble, London and the US and her oeuvre covers portraits, still life, landscapes and genre scenes painted using oil watercolours and sometimes pastels.

Though she was still not so well known in Poland during her life, something her death perhaps cut short, she was certainly starting to be, as shown by the commission she received from wealthy arts patron Ignacy Korwin-Milewski for another self-portrait, which was to be places in a gallery alongside the likenesses of the most important Polish artists including Jan Matejko and Jacek Malczewski.

All the artists were given specific guidelines by Milczewski on how to compose their self-portrait and although Bilińska started, she was forced to abandon work on it in 1892 due to rapidly failing health and the portrait remained unfinished. She would die only a year later in 1893. 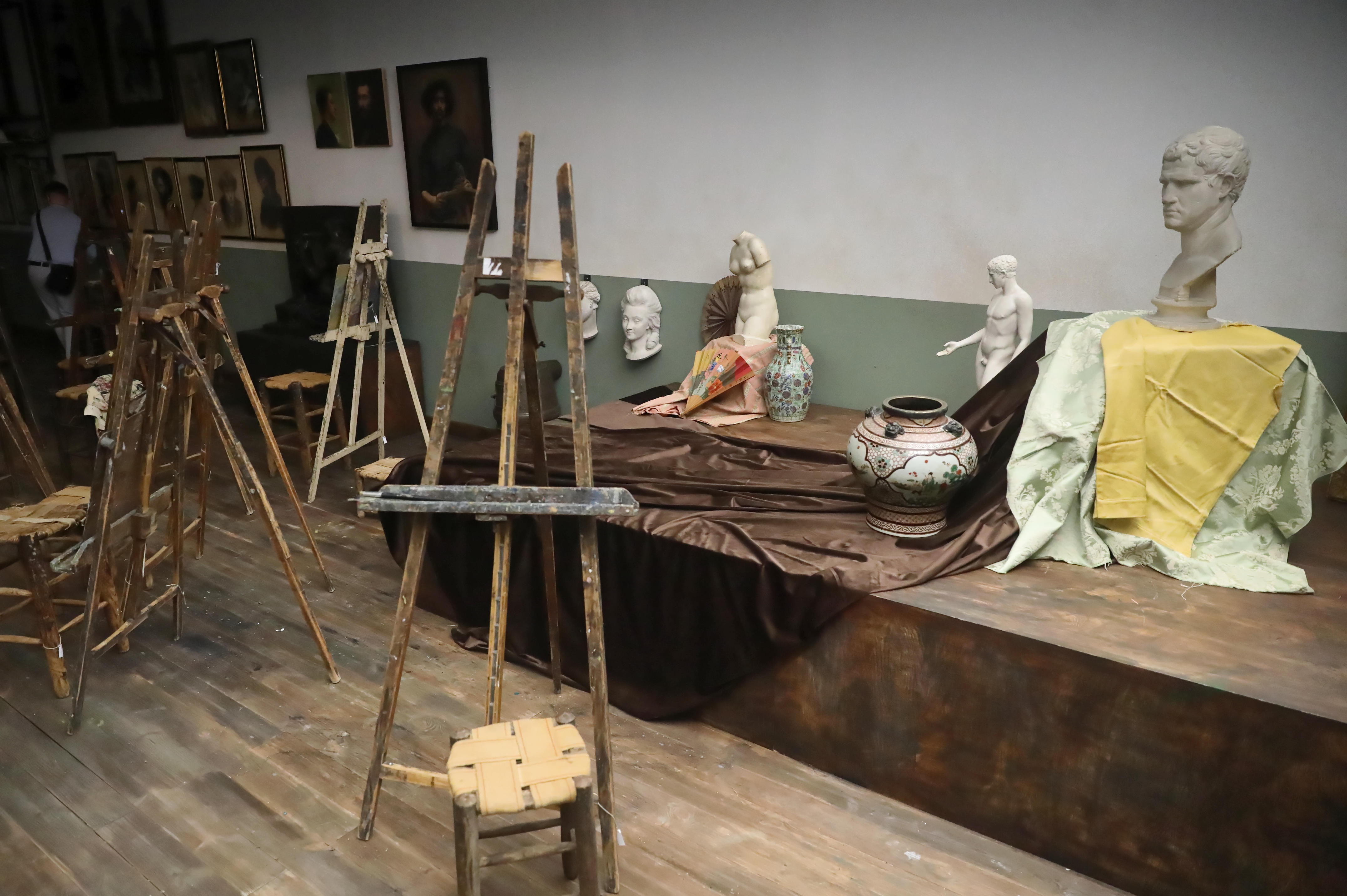 The exhibition will be enhanced by archival photographs and mementos left by the artist.Tomasz Gzell/PAP

By the time she died, Bilińska had returned to Warsaw with her husband Antoni Bohdanowicz, who she met in Paris and one of her hopes was to set up an arts school for female students in Warsaw, modelled on the Académie Julian. Unfortunately due to her untimely death, these dreams never reached fruition.

Like many of the female painters working at the same time, Bilińska’s output was forgotten in later decades. The exhibition at the National Museum of Warsaw aims to take stock of Bilińska’s oeuvre, bring order to our knowledge of it and restore Bilińska as an artist with a place among Poland’s greatest artistic talents.

The exhibition, ‘The Artist. Anna Bilińska 1854-1893’, will display close to 120 of Bilińska’s paintings including hitherto unknown ones sources from Polish and international museums and private collections, though the majority will be from the National Museum of Warsaw, which holds the largest collection of her works. The exhibition will be enhanced by archival photographs and mementos left by the artist.