A powerful painting titled Memories of a Polish Paratrooper has been selected by Art UK as one of the great unsung gems of British art.

Painted in 2006 by Marie Louise Wrightson, the artist describes the sudden acclaim as something of “a bolt from the blue.” 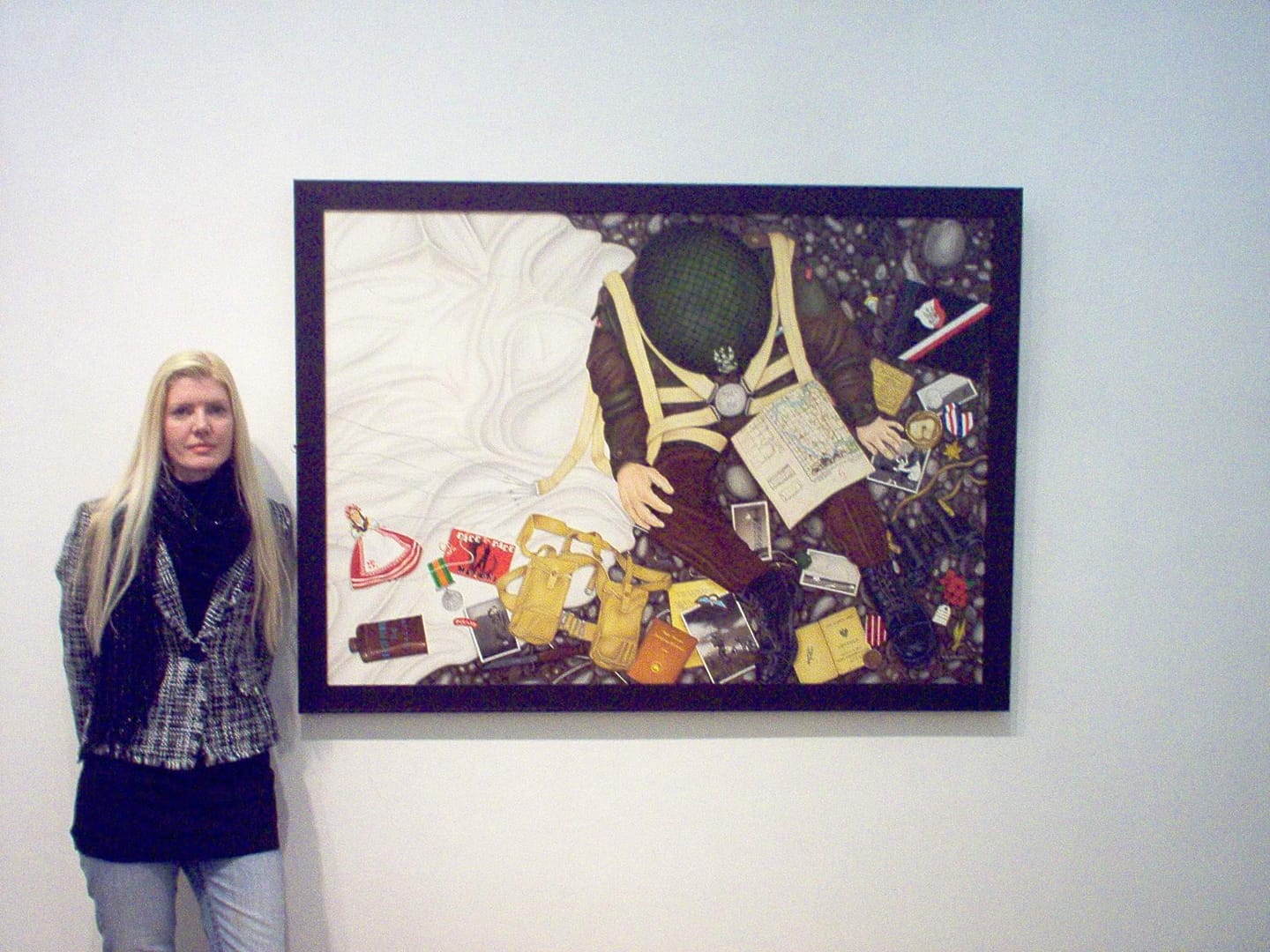 “This was actually my first ever commission,” she tells TFN. “I’d just graduated from Duncan of Jordanstone College of Art & Design the year previously when I noticed an ad from Fife Contemporary.”

Falling under the umbrella of the Fife Museum, the gallery was seeking applicants for a project that challenged artists to create works in response to their rich collection.

As one of four people eventually selected to partake in the project, Wrightson immediately found herself inspired by the material relating to the Polish armed forces. 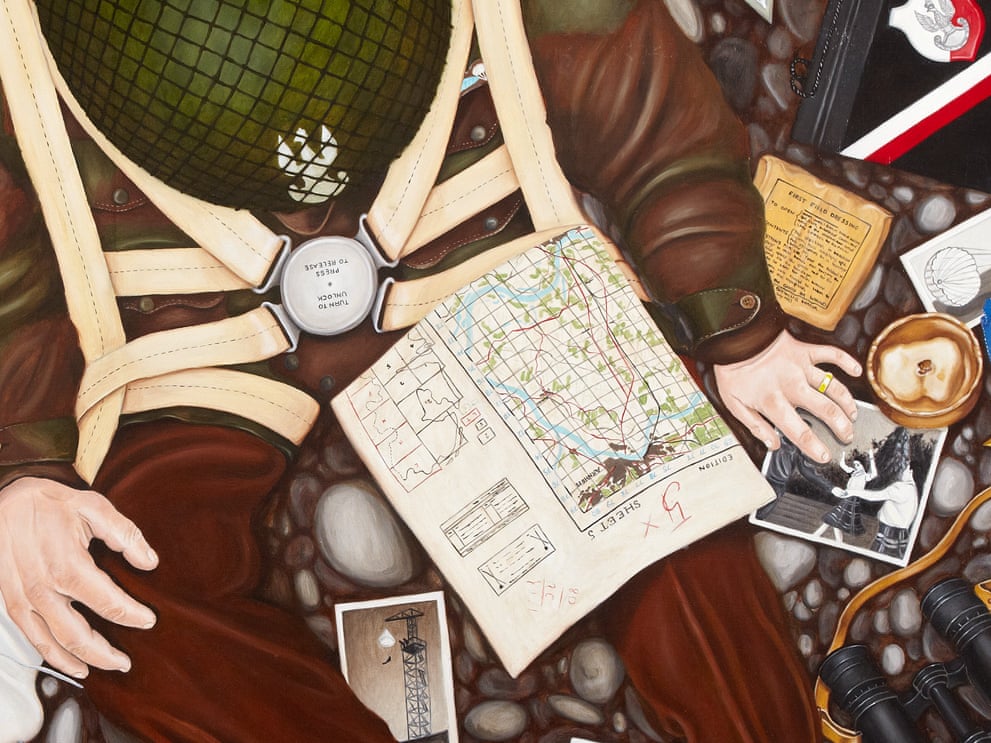 Details in the painting show a map Arnhem that the soldiers actually used, a photo album with a Polish ribbon and a clutch of poppies to remember the fallen. Also shown is a doll dressed in a traditional folk dress to remind of the mothers, daughters, and sisters that the troops had left back in Poland. Wrightson said: “I wanted the painting to show what the soldier was fighting for: his family; his homeland.”Courtesy of Marie Louise Wrightson and Fife Council

“I was faced with a huge choice of potential subject matter to choose from,” she says, “but it was the collection dedicated to the Polish troops once stationed in the area that really sparked my interest.”

Among these were the 1st Independent Polish Parachute Brigade; having fled their native homeland during Germany’s invasion, the soldiers were later trained in Fife before taking part in Operation Market Garden – a disastrous Allied airborne operation whose ultimate aim had been to bring the war to an end by Christmas, 1944.

Instead, Allied forces were prevented from crossing the Rhine, and in the process sustained heavy casualties. 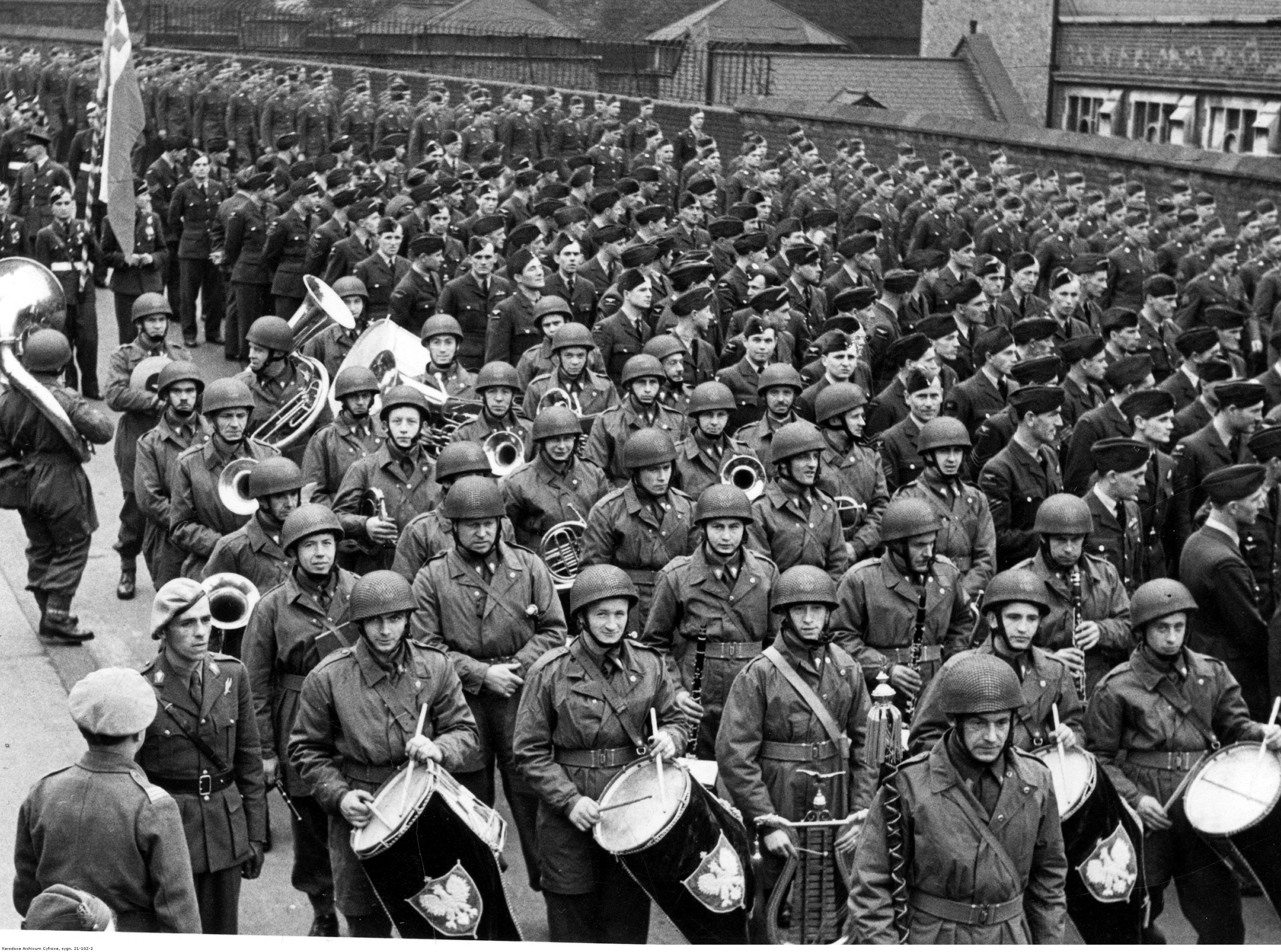 The 1st (Polish) Independent Parachute Brigade was a parachute infantry brigade of the Polish Armed Forces created in September 1941 and based in Scotland.NAC

“My father served in the RAF for 40 years so I felt a strong bond with the subject,” says Wrightson, “and both of my grandfathers fought in the war.”

Allowed to access an immense array of archival material hidden in the vaults of the museum, Wrightson’s research brought her even closer to the topic.

“I was able to open up all the old boxes in the basement,” she says. “It was an intensely emotional experience to look through all of these memories and mementoes; when the Poles were based here, they enjoyed dances with the local lasses and formed close relationships with the town’s population. 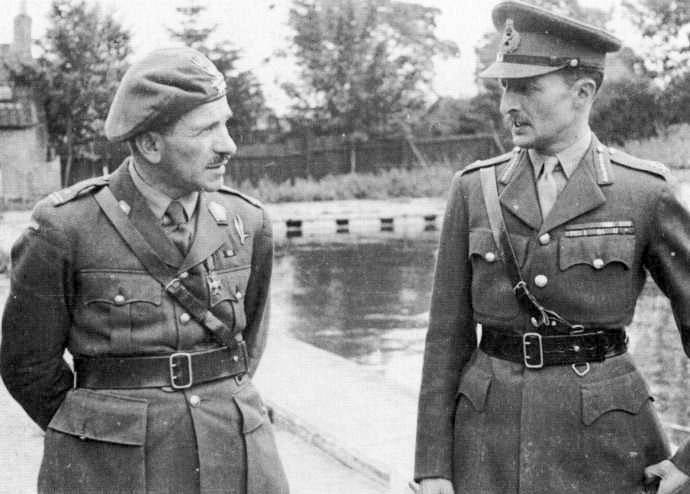 “It was amazing seeing evidence of this, as well as looking through their photo albums of ‘back home’ – pictures of their wives, children, families. As an air force child myself, I could relate to that feeling of missing your father.”

Taking approximately seven weeks to complete, the painting depicts a Polish paratrooper who has just landed at Arnhem; from his bag, personal keepsakes have spilled forth onto the pebbled ground.

“I had hoped to meet some veterans in the course of the project, but sadly I was told that those that had settled back in Fife in the post-war years had passed away by the time I began the painting,” says Wrightson. 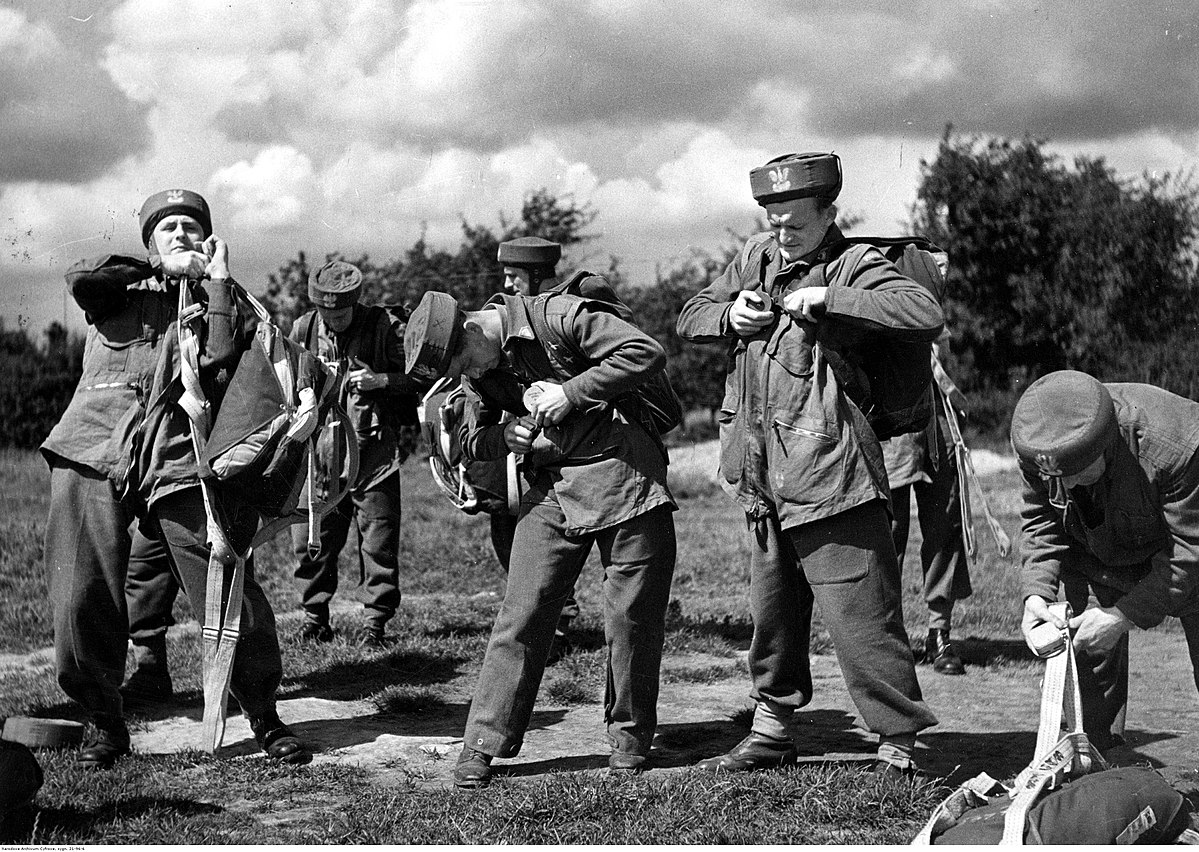 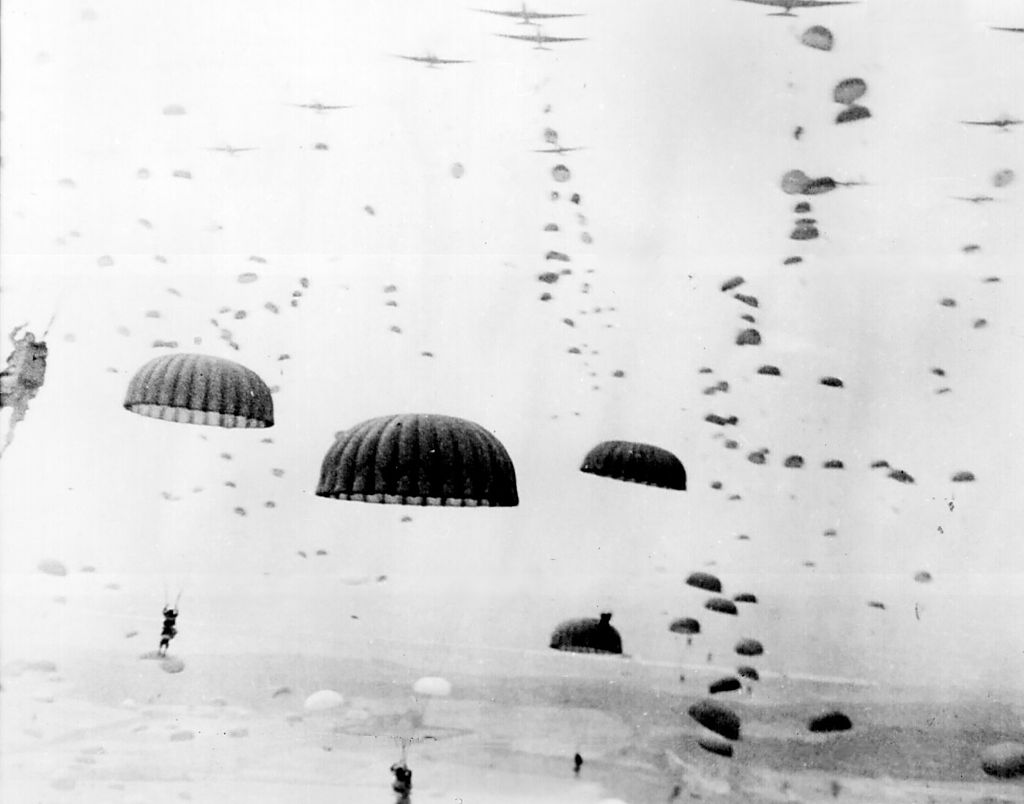 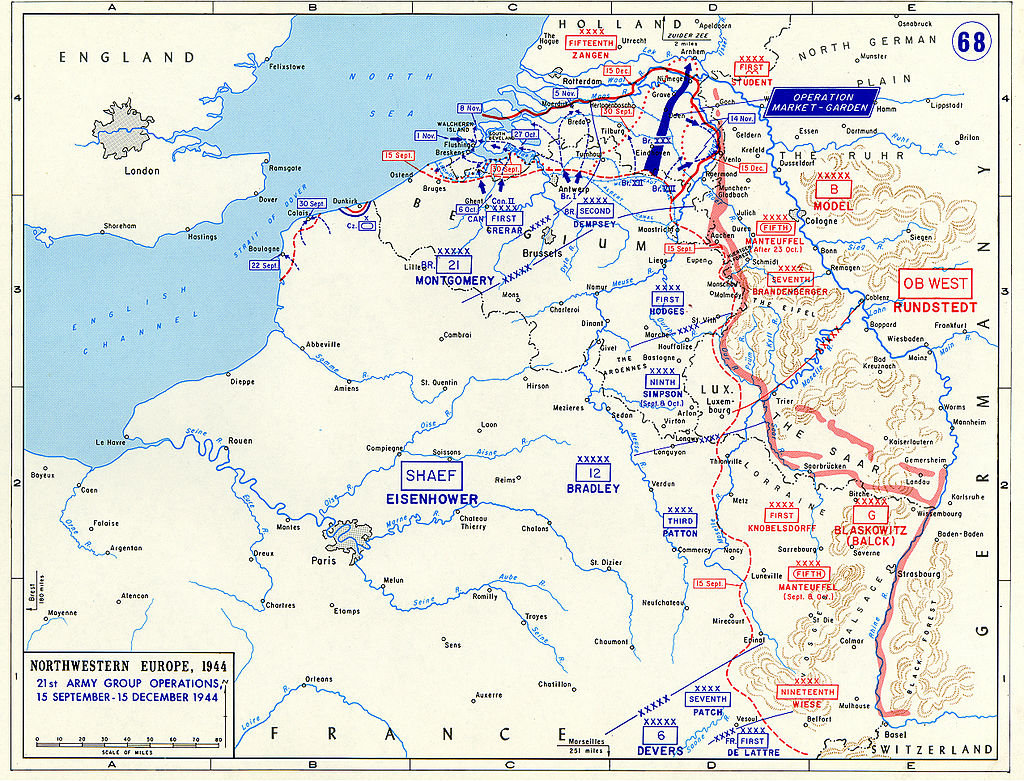 The Polish troops were trained in Fife before taking part in Operation Market Garden – a disastrous Allied airborne operation whose ultimate aim had been to bring the war to an end by Christmas, 1944.Public domain

Nonetheless, being able to handle their former possessions proved inspirational in itself, and Wrightson was able to include several of the details she discovered into her work.

“For example,” she says, “I spent a great deal of time painting one of the maps of Arnhem that the soldiers actually used. There was also a photo album adorned with a Polish ribbon that I was keen to feature.

“I remember looking through it, finding notes and names inside it, and just thinking that this had once been an important part of someone’s life.” 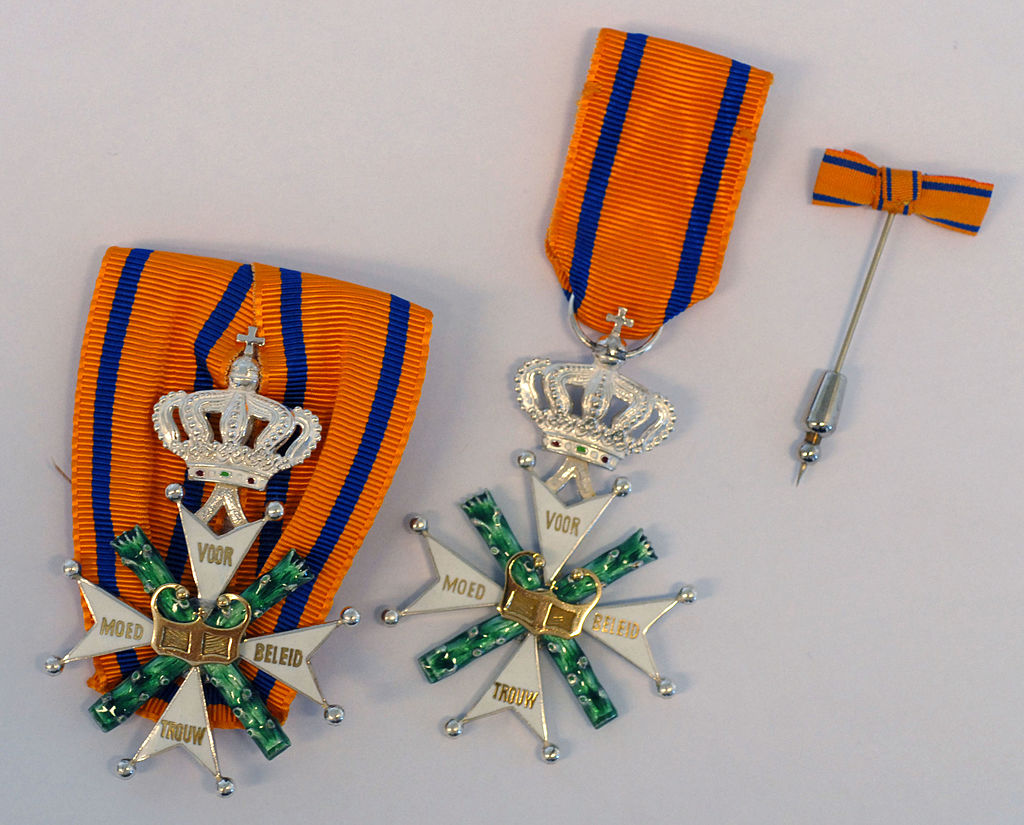 On 31 May 2006, over 61 years after World War II, the Brigade was eventually awarded the Military Order of William for its distinguished and outstanding acts of bravery, skill and devotion to duty during Operation Market Garden.CC0

Other elements have a more symbolic value: a clutch of poppies to remember the fallen; a Scotch pie to represent the country that the soldiers had embraced; and a doll dressed in a traditional folk dress to remind of the mothers, daughters, and sisters that the troops had left back in Poland.

“I wanted the painting to show what the soldier was fighting for: his family; his homeland,” says Wrightson.

Beyond this, the artist remains keen for people to view the painting through a wider lens. 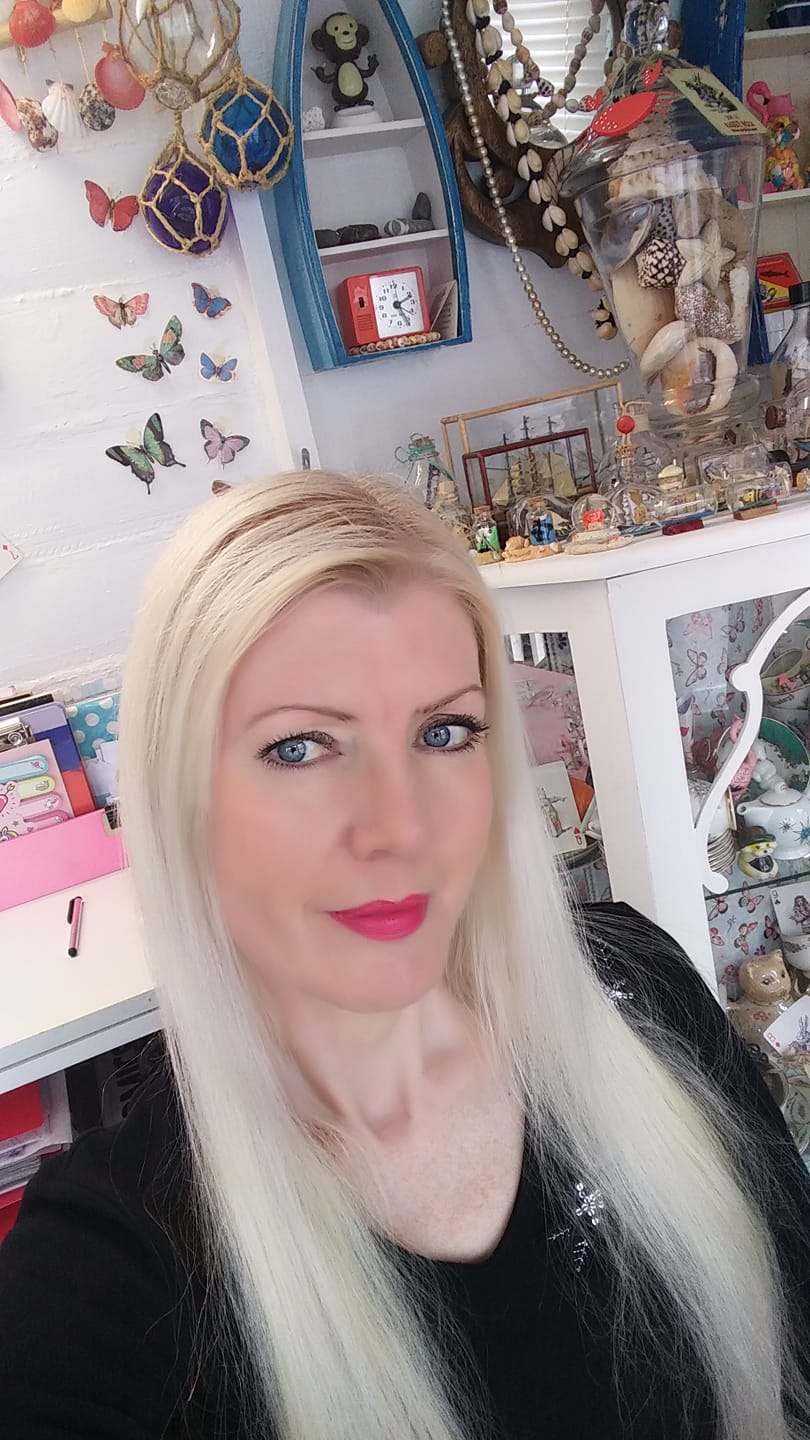 Wrightson said: “I want people to see the soldier that I’ve painted as a human being, as someone who has been taken away from his homeland and is now fighting for his country’s future.”Marie Louise Wrightson/Facebook

“I want people to see the soldier that I’ve painted as a human being,” she says, “as someone who has been taken away from his homeland and is now fighting for his country’s future.”

Yet whilst her work was warmly received by the local press at the time of its premier – not to mention those descended from the Polish paratroopers – Wrightson is delighted, if not a little surprised, that her project is now enjoying a second life.

“In the UK I think there’s a growing knowledge gap about WWII, so I’m thrilled that this has reminded people of the Polish contribution; sometimes I feel that it’s a lost story. It was a wonderfully emotive project to work on at the time, and I’m totally delighted that it’s now being aired again after all of these years.”