Not many people know it but Pablo Picasso once came to Poland.

The world-famous artist, then aged 67, arrived in 1948, just as the country was slowly picking itself up from the devastation wrought by the Second World War. He also arrived in Poland when there was still a bit of artistic freedom left before the state fell under the oppressive and smothering cloak of Stalinism.

The reason for Picasso’s Polish adventure was a conference organised by the government. Given the grand title of the World Congress of Intellectuals, the aim of the event, officially at least, was to bring together a host of world-famous figures in the cause of peace, although the communists were also hoping the meeting would slow down the West’s development of nuclear weapons.

The list of prominent people, who were invited, and accepted the invitation, was impressive. Aldous Huxley, Julian Huxley, Irène Joliot-Curie, John Boyd Orr, John B.S. Haldane, Bertolt Brecht, György Lukács, Paul Éluard, Ilya Ehrenburg, Fernand Léger, to name just a few. In all some 600 notable figures from 40 countries attended the conference, the most famous of which was probably Picasso. 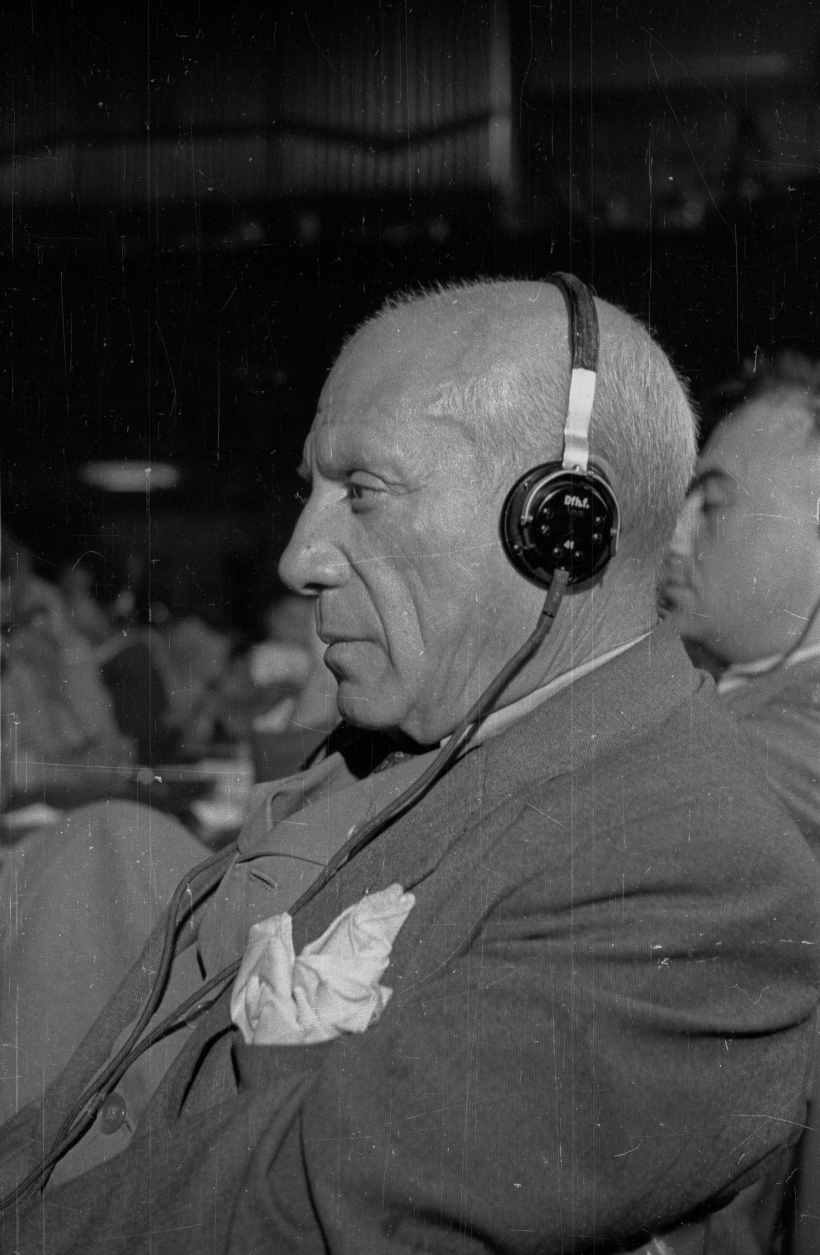 To say the Poles had been eager to get Picasso to the conference, is an understatement. Living in self-imposed exile from Franco’s Spain in southern France the painter had no passport or official travel documents, but this had failed to phase the Poles.

In an effort to convince Picasso to come to Poland an official Polish state delegation had been dispatched to his sea-side home. After listening to their pleas, he had told them that he wanted to go for a swim, so he and the delegation headed down to the beach. Suddenly, his wife had appeared and announced that the dinner is served. Picasso replied to his totally surprised wife: “Can’t go and eat, because I am in Poland already”.

But Picasso’s lack of a passport was still a problem, but one that was overcome. A few weeks after he had agreed to attend the conference a Polish military aircraft was waiting for him at an airport on the outskirts of Paris. And this is how Pablo Picasso, under the cover of the morning darkness, and with no passport whatsoever, flew to Poland.

It was also the first time Picasso had flown. Sitting by the window, he watched in amusement as the plane flew over a flat surface crisscrossed with an infinite number of fields of irregular rectangles. Later he confessed: “After this flight I know what cubism really means”.

His destination was Wrocław, the conference’s host city, but he also found time to visit Kraków and Warsaw during his fortnight in Poland. 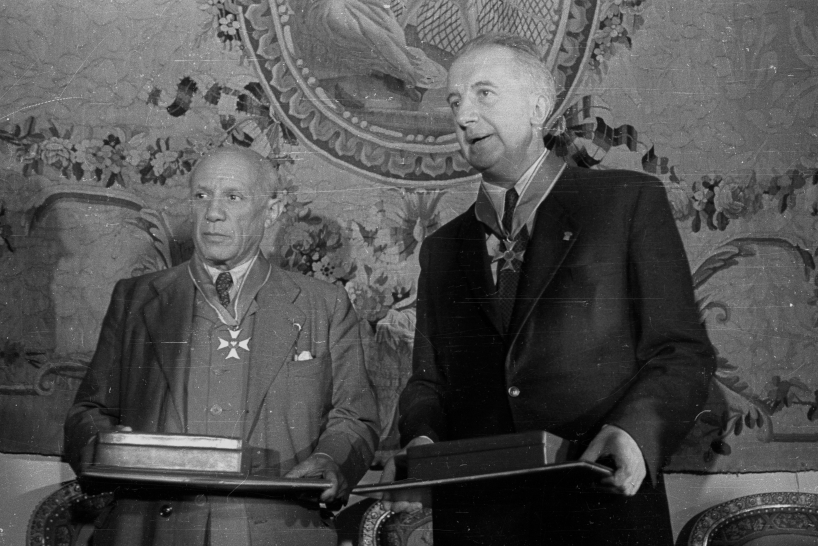 While visiting the capital, which was still in ruins after being nearly totally destroyed during WWII, Picasso was invited to visit a just-built housing estate, in the Koło neighbourhood. It was one of the very first housing estates built after the war, and was designed in a modernist, not Stalinist, style.

Dazzled by the architecture Picasso decided to draw on the wall of one apartment a mermaid, the symbol of Warsaw. But instead of a sword, which Warsaw’s mermaid traditionally holds, he drew a hammer. 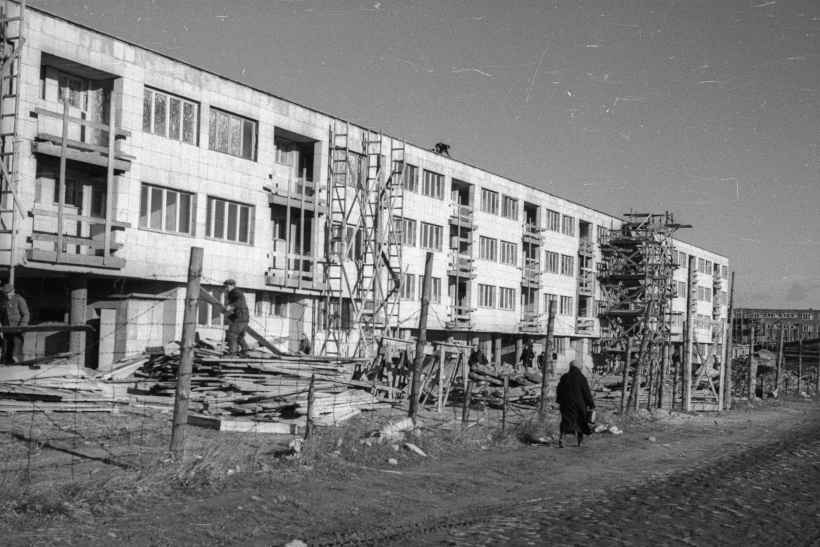 The construction of blocs of flats of the Warsaw Housing Cooperative in Koło, Warsaw, 1949.PAP

Later, when the apartment was given to its residents, it became a headache for them owing to the large numbers of people wanting to see the work of the famous painter up close. So, the authorities of the housing estate decided to paint over picture, although the image survives as in photographs and, nowadays, can be spotted on souvenir mugs and T-shirts. 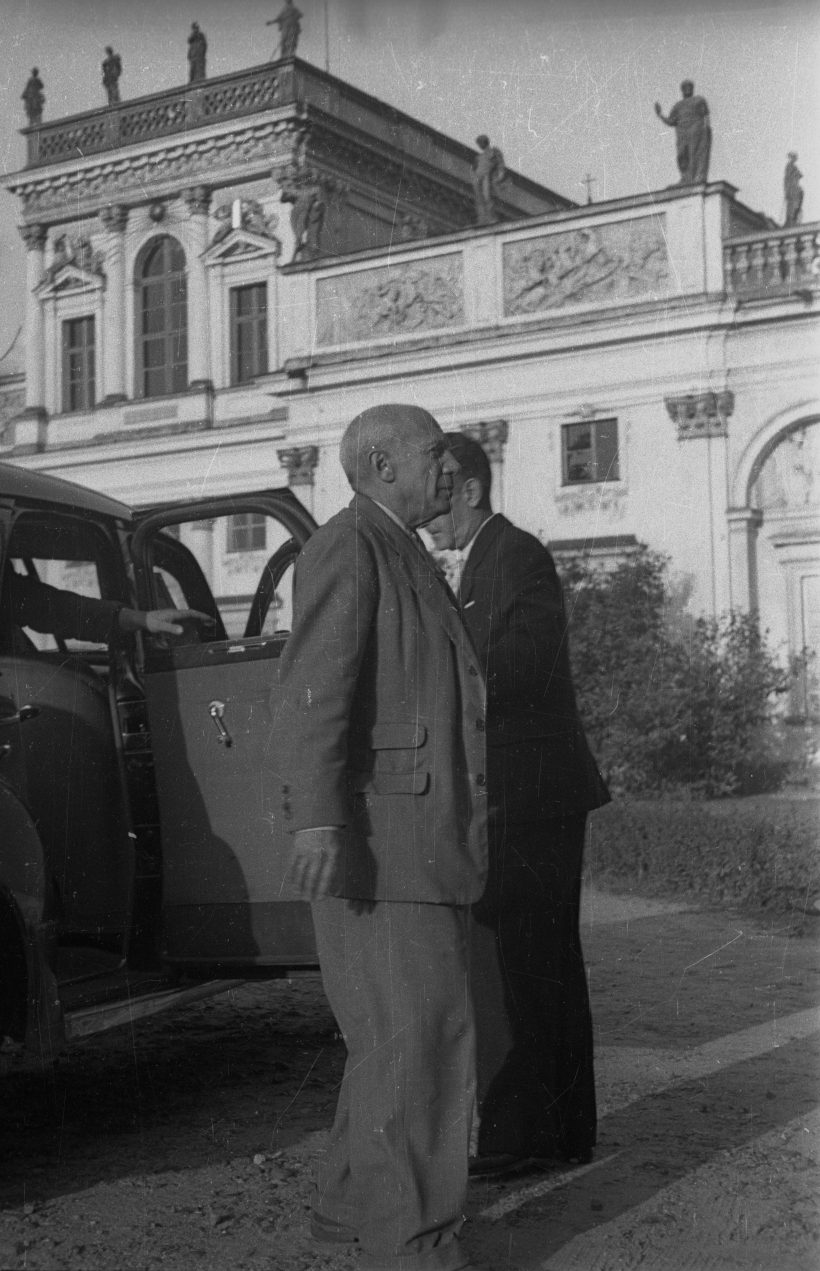 But there is also another artistic trace of Picasso’s visit in Poland. He brought with him, as a gift for National Museum in Warsaw, a set of his ceramics which are, of course, carefully still in the museum’s care.

They are a few traces of Picasso’s visit in Poland in Western countries. One example is a lithograph from 1949, called “Femme au fauteuil No.1” (in English: Woman in an Armchair No.1), which the Tate Gallery website says is “widely considered the pinnacle of Picasso’s lithographic work”. The print depicts Picasso’s wife Françoise Gilot sitting on a chair, wearing a cloak that Picasso bought for her on Kraków’s main square.

Picasso, known for his reluctance to travel, never regretted his trip to Poland. On one occasion he even confessed: “It was the happiest two weeks of my whole life”.

Feliks Topolski: The man who drew the 20th century