In an academy far, far away, or more exactly at the AGH University of Science and Technology in Kraków an engineering student built an exact BB-8 robot replica, to the joy of ‘internauts’ and Star Wars lovers all over the world (and possibly the galaxy). For her engineering thesis designed and 3D printed the parts, constructed the movement mechanism and programmed the control application.

Inspired by the Star Wars episode VII ‘The Force Awakens’, 23-year-old Weronika Muszyńska became interested in the mechanics behind the friendly robot companion of the main characters. Finding out it wasn’t animated, she researched the technology behind spherical robots. The biggest challenge proved to be ensuring the head stayed attached to the body, while the little droid rolled around the halls of the Academy.

The production process took 10 months, with the 3D printing of parts lasting 29 days and utilizing 12 kilograms of plastic filament. The head stayed attached to the body thanks to neodymium magnets hidden in both spheres. Devices to balance the droid and control it were placed inside the main body. 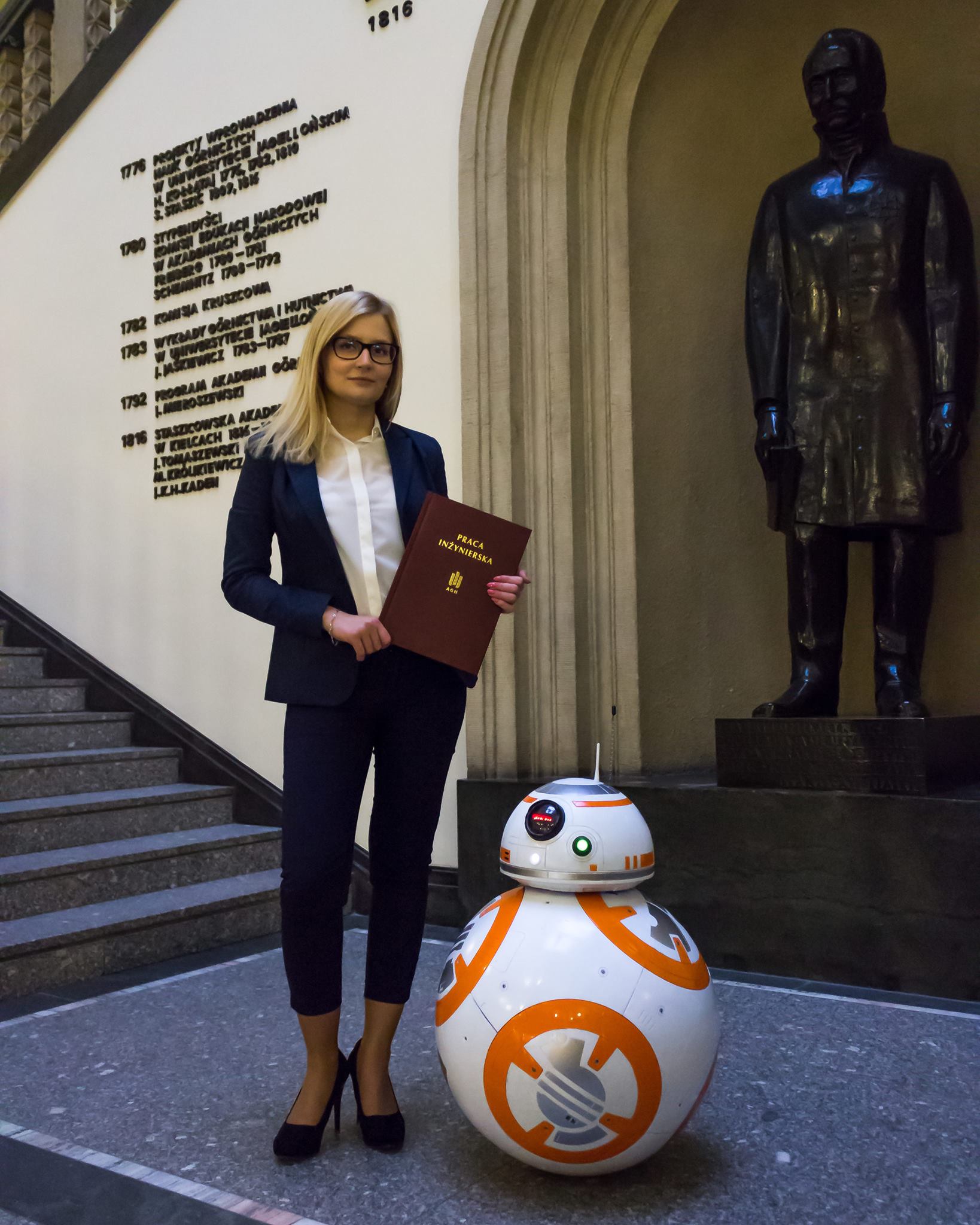 The student got top marks for her droid thesis, while her creation became an internet hit.Akademia Górniczo-Hutnicza/Facebook

Weronika’s engineering thesis, defended with the highest marks, was titled ‘Construction of the BB-8 mobile robot and implementation of the control software’. Her work included presenting the design and production process of the robot and a smaller prototype, together with the motion mechanism and controls.

In the meantime, her accomplishment, shared at first on her alma mater’s Facebook page became an internet sensation, appearing on international websites and forums such as Reddit, with people cheering her on and comparing the project to other similar designs and fan-made robots from the Star Wars ‘universum’.

Now Weronika Muszyńska plans to continue her studies at the Faculty of Metal Engineering and Information Technology, though for her master thesis she will look for another project.