Employees of Zamek Książ are celebrating the acquisition of over 200 letters that have helped cast a new light on the life of the castle’s last private owner.

Written between 1953 and 1970, approximately 150 of these intensely personal letters were penned by Prince Jan Henryk XVII (otherwise known as Duke von Pless, Count von Hochberg or the Baron of Książ) and addressed to Mary Minchin, the Irishwoman that the aristocrat would eventually marry – and later divorce.

“Every document concerning the history and personal lives of the castle’s former residents are important to us,” says Matt Mykytyszyn, a long-time employee of Książ, “but we feel that these letters are all the more unique given that Henryk was the last private owner. For over 430-years Książ belonged to the Hochberg dynasty, so he essentially symbolized the end of an era." 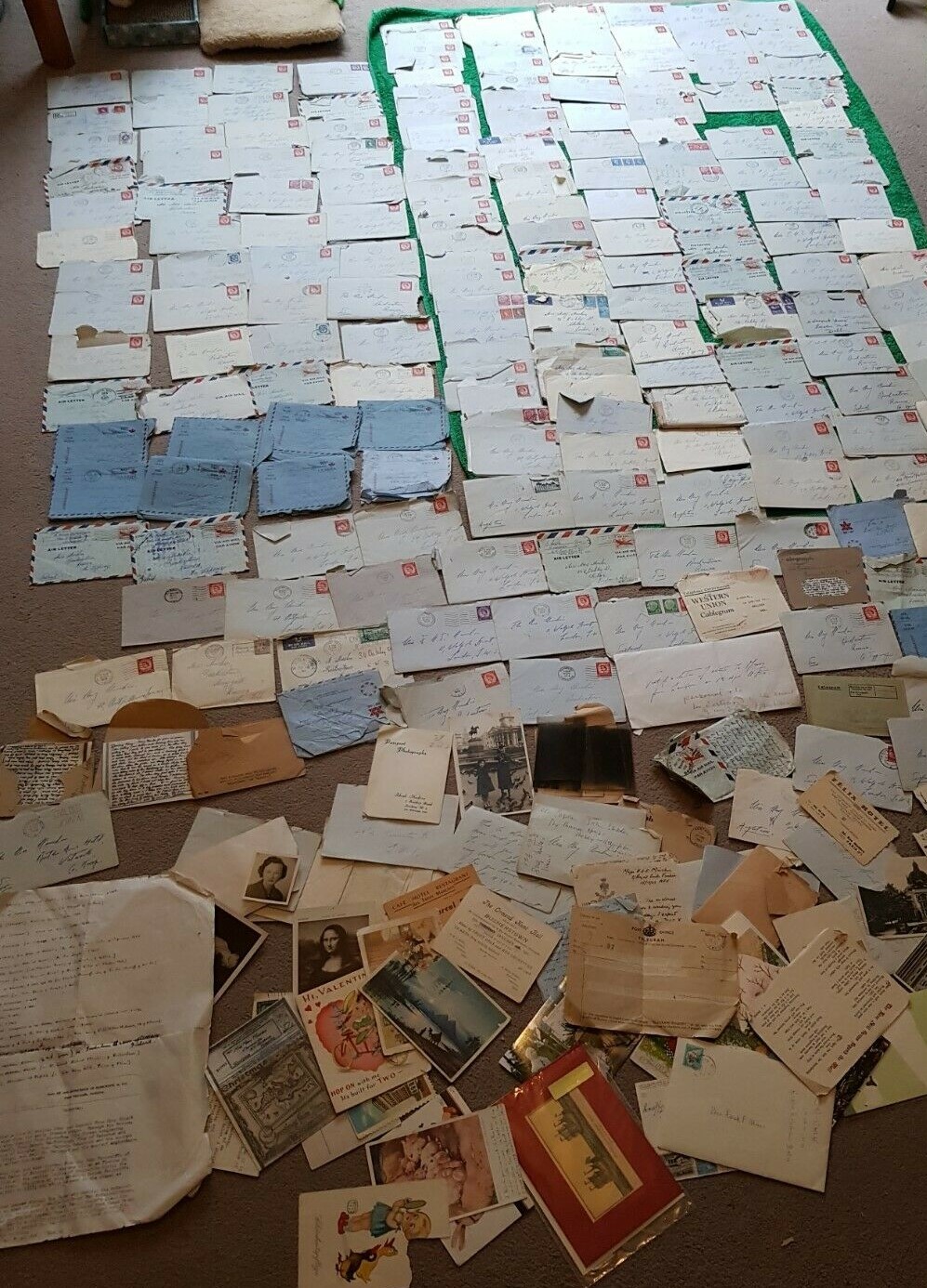 The letters were purchased at auction by Barbara Borkowy, a British-based author, historian and long-time associate of the castle.Zamek Książ

The letters were purchased at auction by Barbara Borkowy, a British-based author, historian and long-term associate of the castle.

“They were put up for sale by someone without much knowledge of their historical importance,” Borkowy tells TFN. “It’s concerning to think what could have happened to them had they not been sold and it’s very possible they would have been discarded and lost forever.”

As it was, whilst they attracted just one bidder – Borkowy herself – this enabled her to buy the entire haul for just sixty pounds (“Plus ten pounds for postage!” she adds). 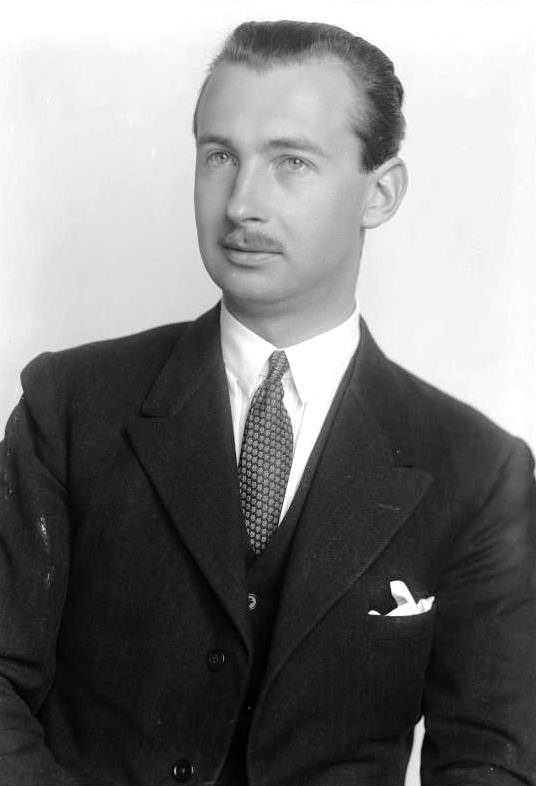 Born in 1900 and commonly known as Hansel, Henryk was raised to speak English, German, French and Polish.Zamek Książ

“Our initiative,” she continues, “saved quite a treasure.”

“They’ve survived in good condition,” says Mykytyszyn, “and maybe some will be included in an exhibition we’re planning about the family life of the Hochberg’s, but for the time being we’re in the process of discovering what they contain.”

That responsibility has fallen to Borkowy who says her first task was to arrange them in chronological order. 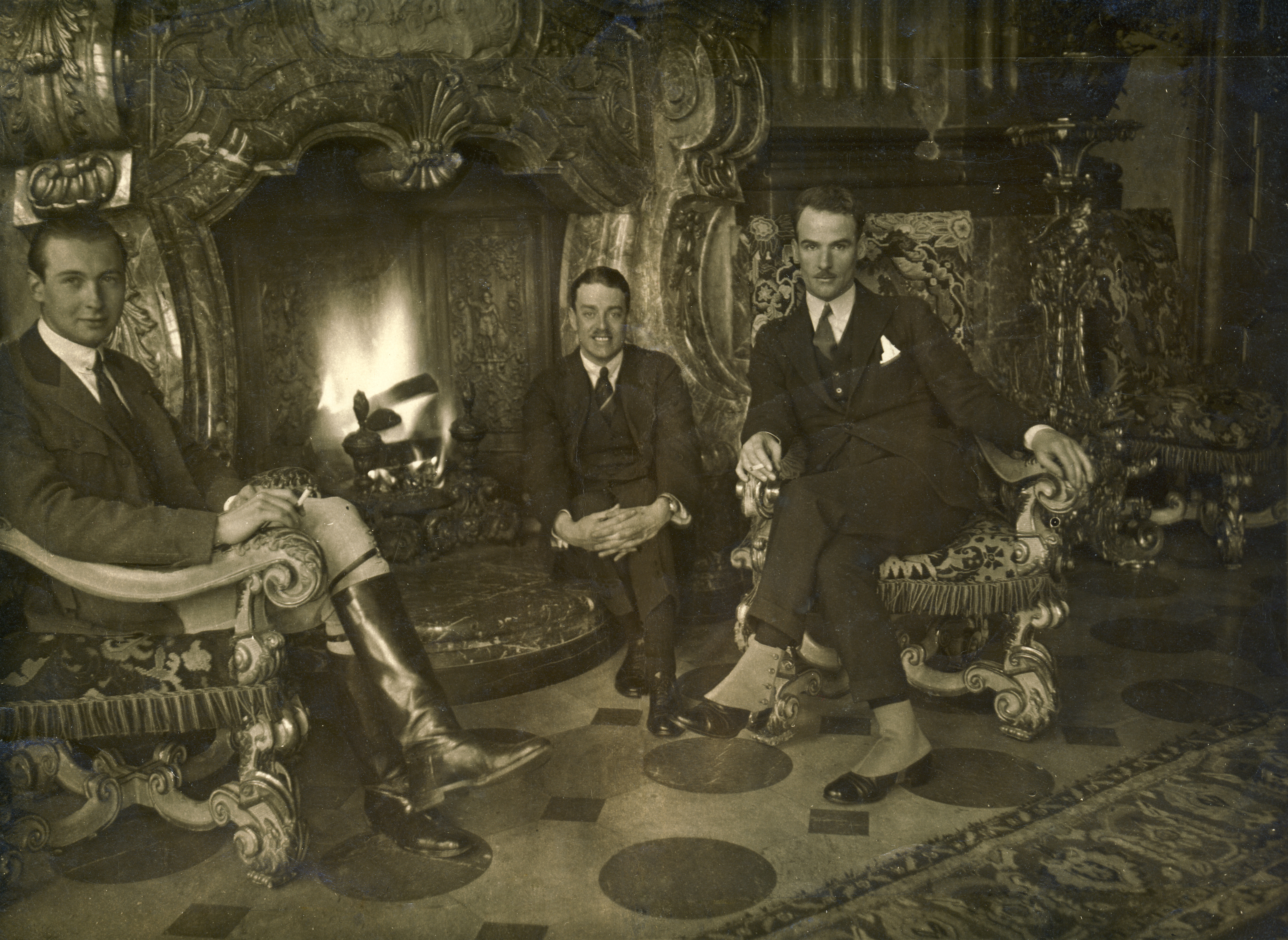 Henryk, pictured right, was a popular figure among Britain’s high society and frequently enjoyed weekends spent shooting or dancing with members of the blue-blooded elite.Zamek Książ

“I couldn’t believe just how many there were when they first arrived so it took a while to sort through them,” she says. “The next challenge was to decipher Henryk’s handwriting.”

In itself, the process of reading the letters has become an all-consuming affair, with Borkowy thus far reaching 1958 – the year of Henryk’s marriage to Minchin, but already their contents have reshaped all prior knowledge.

“There was one book written about him,” says Borkowy, “but it presents a rather idealized version of his life. While there’s still many years I’ve still to read through, already an incredibly different picture is emerging to that projected in the book.” 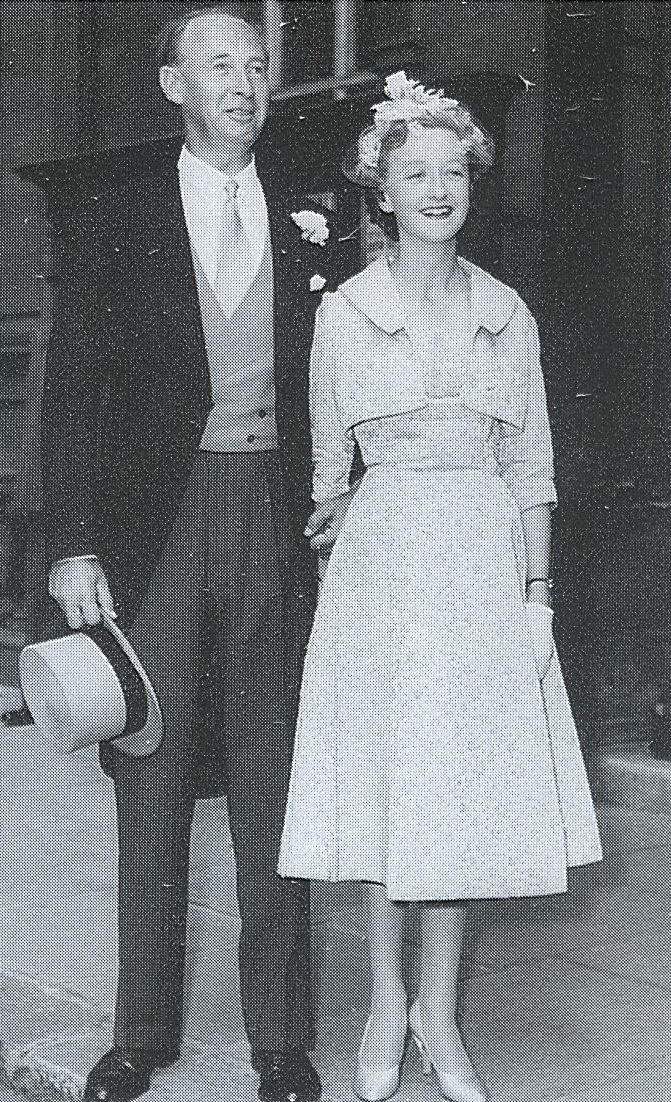 Henryk had developed a relationship with Mary Minchin, an aspiring actress twenty-eight years his junior.Zamek Książ

While much has been written about his mother – the glamourous Princess Daisy – as well as his brothers, much of Henryk’s life has, thus far, remained a mystery.

“He was enigmatic,” says Borkowy. “His brothers were popular in the gossip press due to their lifestyles, but Henryk was far more reserved. He was a serious boy, one that was raised to bear the obligations that his inheritance would involve. Being the eldest, there was a real emphasis on his upbringing. He wasn’t a snob, but he was certainly more aloof.”

Born in 1900 and commonly known as Hansel, Henryk was raised to speak English, German, French and Polish. At the age of 16, he volunteered to fight in his father’s regiment and his courage earned him an Iron Cross, First Class.

Later, he left the University of Berlin with a doctorate in Economics and married Countess Maria Katarzyna von Schönborn-Wiesentheid. 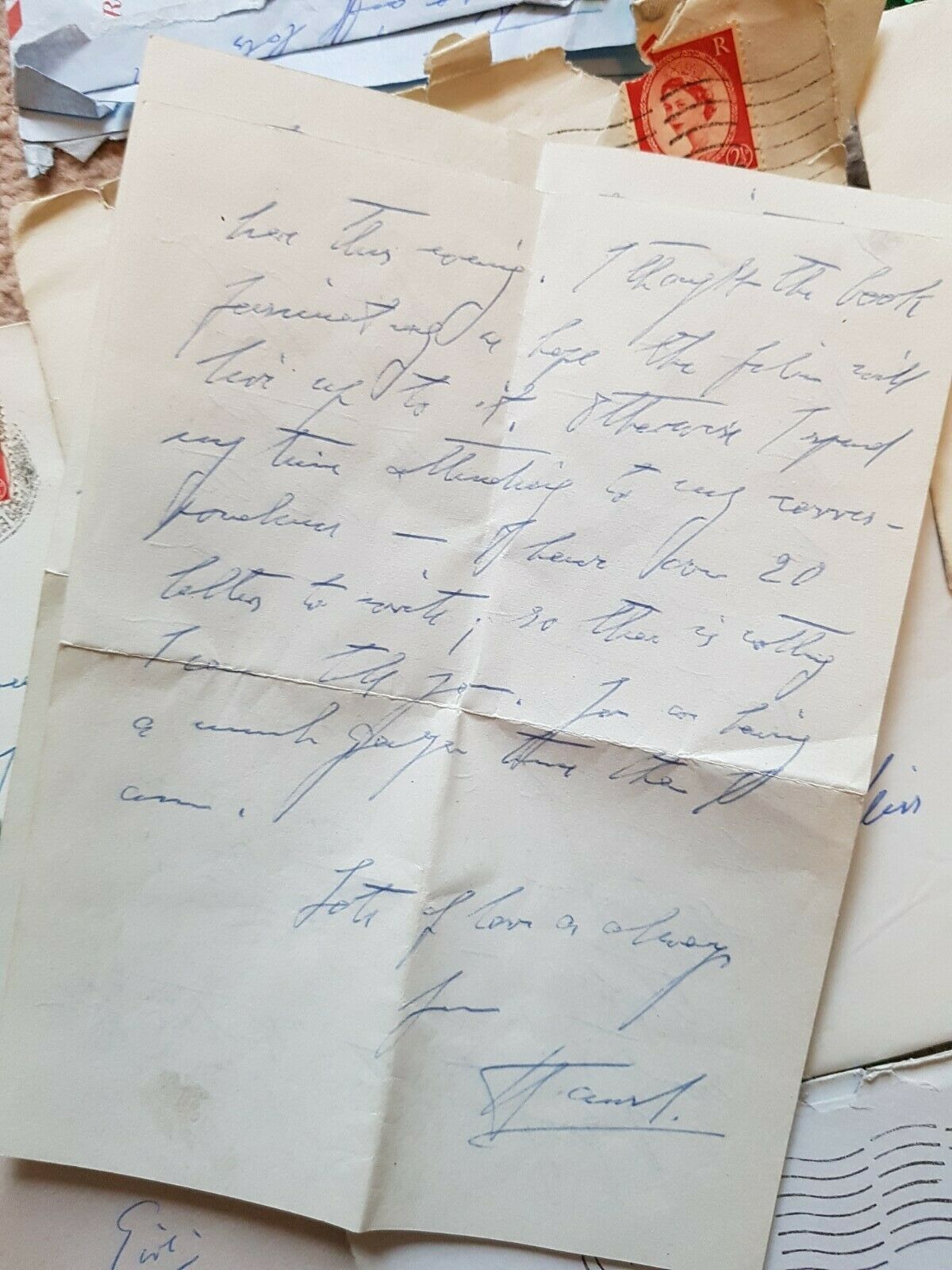 Married from 1958 to 1971, it is hoped that later letters will reveal the cause of Henryk’s separation from Minchin.Zamek Książ

While his first wife identified strongly with German culture and the Nationalist movement, Henryk moved to England in 1932 and the marriage was later dissolved.

“Many of his family took Polish citizenship in 1936,” says Borkowy, “but no evidence can be found to prove that Henryk did as well.”

What is known is that he rejected the catastrophic changes occurring in the Third Reich and instead volunteered for the Scots Guards on the outbreak of WWII. But rather than accepting him into the fold, he was interned on account of his German lineage and released only on the intervention of his uncle, the Duke of Westminster, and Prime Minister Winston Churchill.

Despite this quite considerable hiccup, he was a popular figure among Britain’s high society and frequently enjoyed weekends spent shooting or dancing with members of the blue-blooded elite. 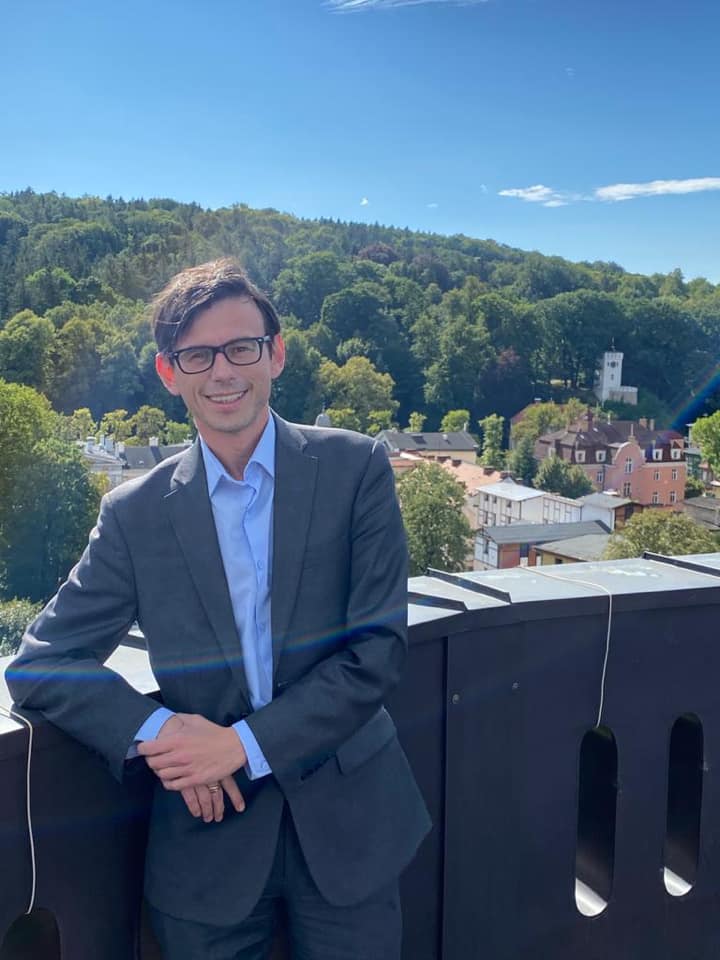 Matt Mykytyszyn from Zamek Książ said that “these letters are all the more unique given that Henryk was the last private owner. For over 430-years Książ belonged to the Hochberg dynasty, so he essentially symbolized the end of an era.”Matt Mykytyszyn/Facebook

This continued after the war, even though by that stage he had fallen on hard times. Deprived of his inheritance – the castle in Książ – he instead worked with Uncle Benny (his name for the Duke of Westminster) founding a firm that promised to use technical innovations to shorten the timber seasoning process.

But times were tough, and while he was later gifted a small house on Kinnerton Street, Belgravia, by the Duke’s family, many of his letters refer to his dramatic fall from grace.

Taking a single room in Chelsea, he wrote of the depression his modest living arrangements would send him into. In a letter dated 1954, he included a description of his meagre room on Walpole Street: “large with gas ring, WC and sink on same landing, but rather dark.”

Even more intriguing are details of his relationship with Minchin, an aspiring actress twenty-eight years his junior. 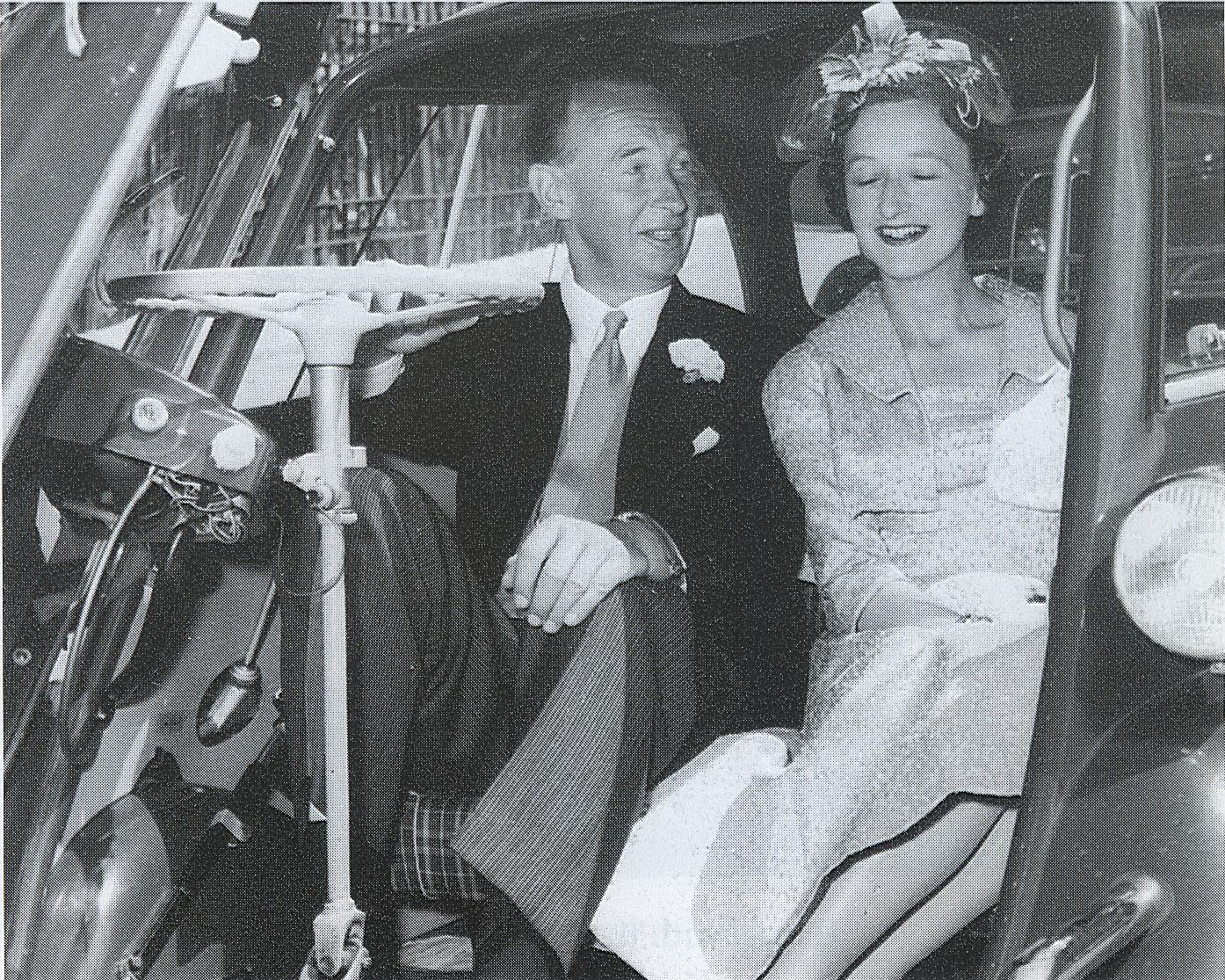 “We can see how eager she was to ‘nag’ him into marriage and the endless quarrels that this caused,” says Borkowy.

“As I have been married before, the idea of being ‘caged’ again scares me stiff,” confesses Henryk in one letter from 1956.

Conversely, a warmer side is demonstrated in other letters.

“He comes across as tender and caring,” says Borkowy, “advising Minchin on life or encouraging her to take typing and shorthand courses. Then, you also see the development of their general relationship – from calling her Dear to Darling to Monkey. In return, she called him turtle. It’s so touching to see such a human side come to the fore.” 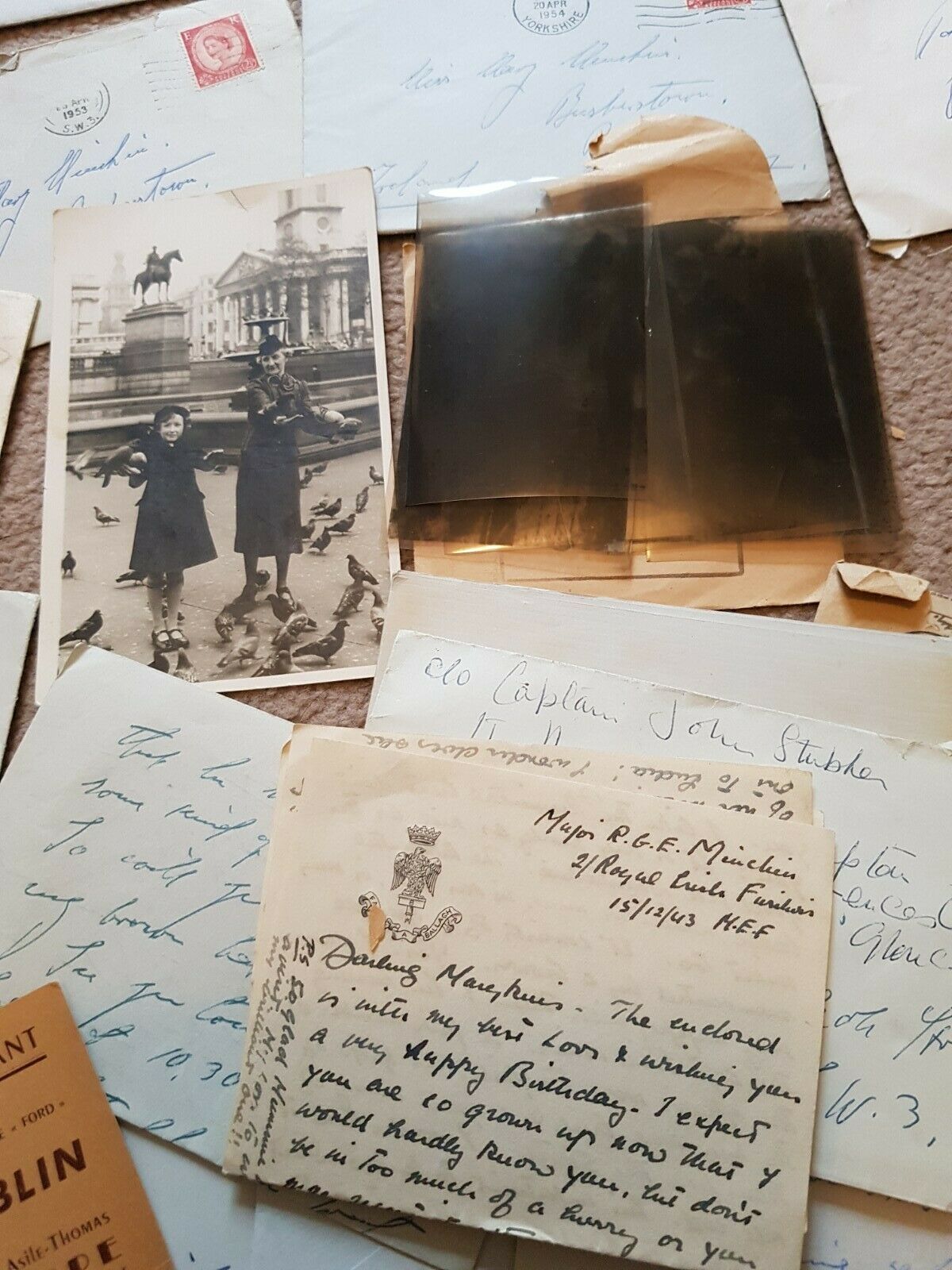 The letters reveal the development of their general relationship – from calling her Dear to Darling to Monkey. In return, she called him turtle.Zamek Książ

Married from 1958 to 1971, Borkowy is hopeful that later letters will reveal the cause of their separation.

“We know that they remained good friends, but we can only currently speculate as to the reason they parted.”

While more revelations are bound to follow, for the time being the letters have done enough to shine a new light on the last man to inherit the keys to Książ, an epic residence often called The Pearl of Silesia.

“Henryk’s story is fascinating because he was basically the heir that never really received the heirloom,” says Mykytyszyn. Now, finally, his real story stands be told.