Over 100,000 slaughtered with axes, pitchforks, scythes and knives: The Wołyń massacre started 76 years ago today and lasted for two years

Today marks 76 years since the coordinated attack by Ukrainian nationalists on 99 Polish towns and villages in Wołyń.

Between 1943 and 1945, members of the Ukrainian Insurgent Army massacred thousands of Poles throughout Wołyń, a region that was in Nazi-occupied Poland and is part of present-day Ukraine.

Throughout the period, it is estimated that around 100,000 Poles died at the hands of Ukrainian nationalists. As part of retaliatory actions, Poles killed between 15,000 and 20,000 Ukrainians. 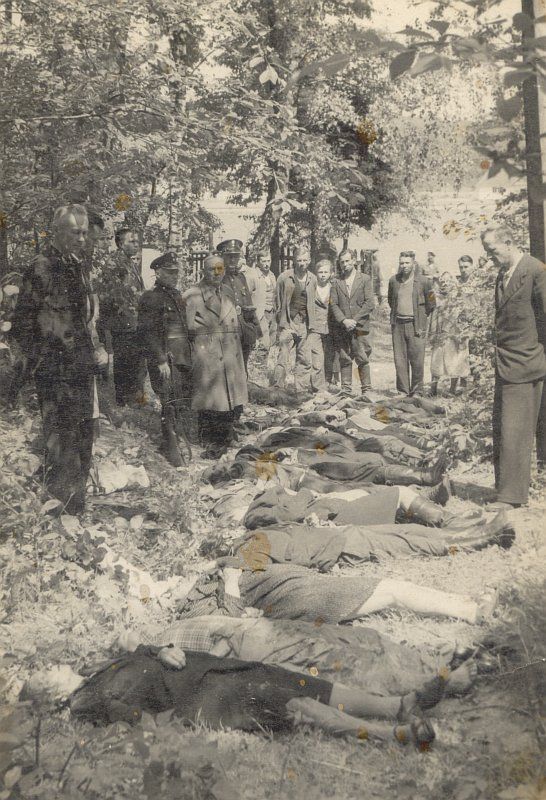 The killings were directly linked with radical Ukrainian nationalist Stepan Bandera’s Organization of Ukrainian Nationalists and its military arm, the Ukrainian Insurgent Army.

Their goal was to purge all non-Ukrainians from a future Ukrainian state. They wanted not only to purge Polish civilians, but also to erase all traces of Polish presence in the area.

The prelude to the murders of the Polish population in Wołyń was carried out on 9 February 1943 by a unit of the Ukrainian Insurgent Army, which murdered 173 Poles in the village of Parośla I by tying up the victims and slaughtering them with axes. 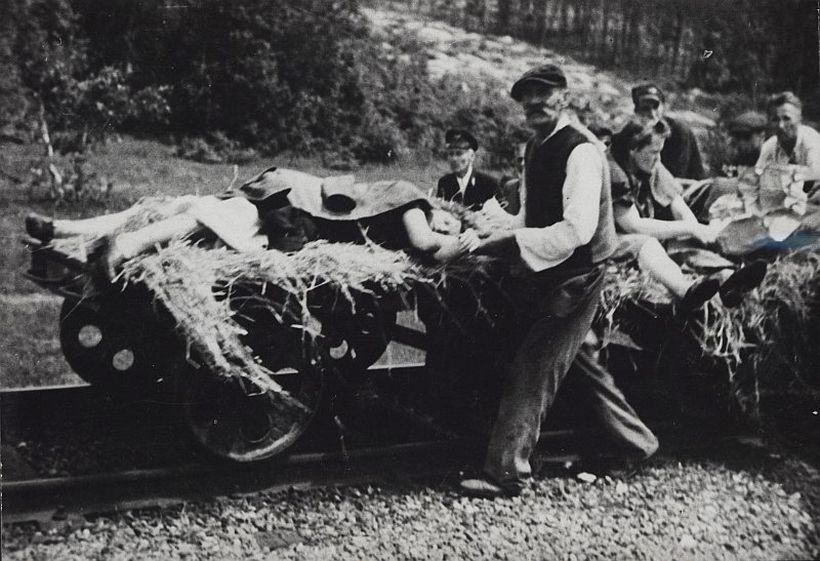 The victims of the train attack were taken away to be buried.KARTA Center

Ukrainian attacks against Poles intensified on 11 July 1943. At the crack of dawn that day Ukrainian insurgent detachments, supported by local Ukrainians, simultaneously surrounded and attacked 99 Polish villages in the Kowel, Włodzimierz Wołyński, Horochów and Łuck districts. The Ukrainians ruthlessly slaughtered Polish civilians and destroyed their homes.

Villages were burned to the ground and property was looted. Researchers estimate that on that day alone the number of Polish victims may have amounted to some 8,000 people, mostly women, children, and the elderly.

The genocidal massacre carried out on that day has gone down in history under the name of Bloody Sunday, and it was undoubtedly one of the darkest chapters of the Wołyń Crime. 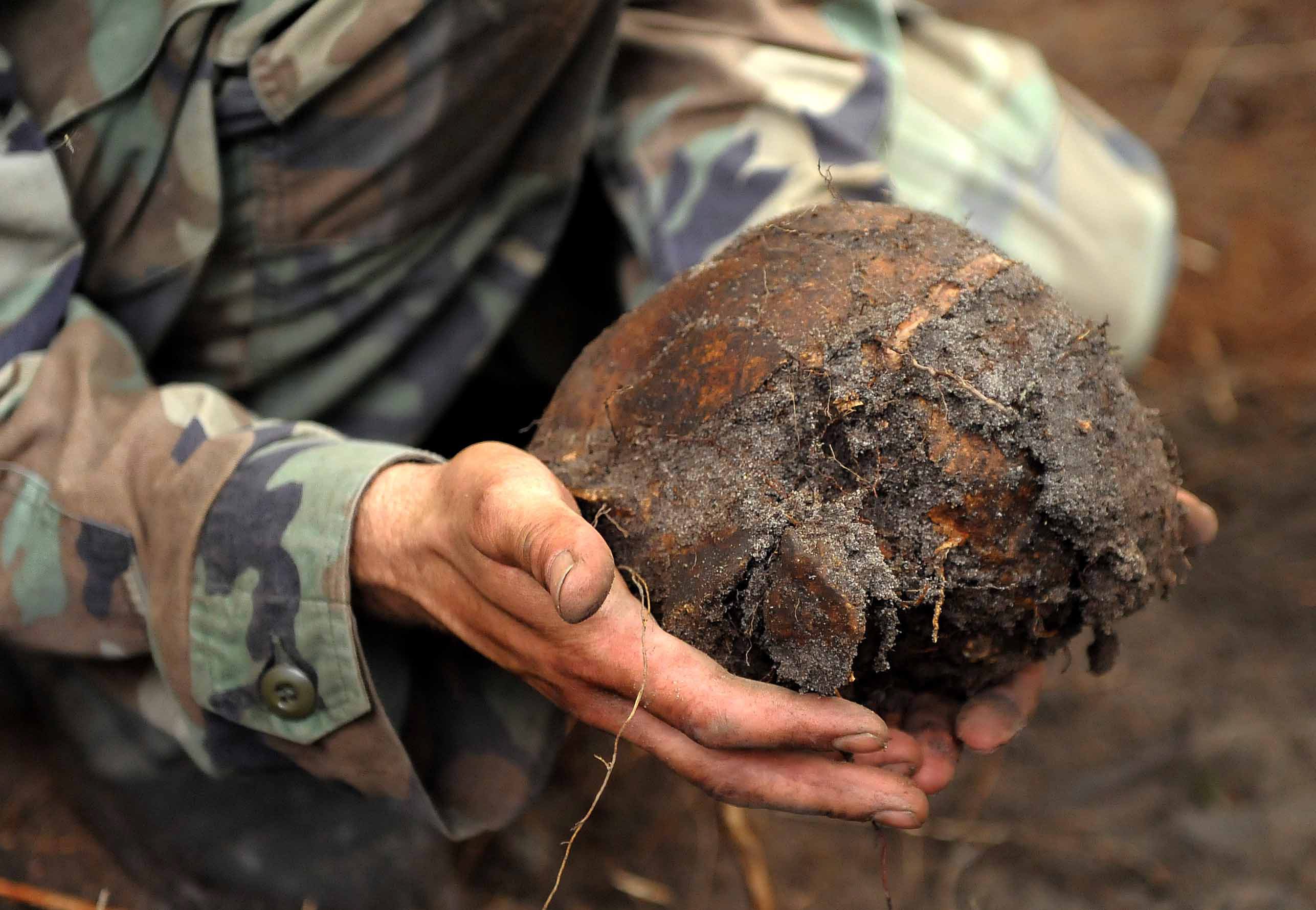 In 2011, archaeologists found human remains of around 300 people at a collective grave in the village of Ostówek in Ukraine where they were massacred in 1943 by the UPA.Darek Delmanowicz/PAP

This coordinated operation lasted until July 16th, but the massacres still continued. In July 1943 alone, 530 Polish villages were cleared of their residents and burned. Only a minority managed to escape.

A new wave of massacres took place in early 1944 that took advantage of the withdrawal of the German army. 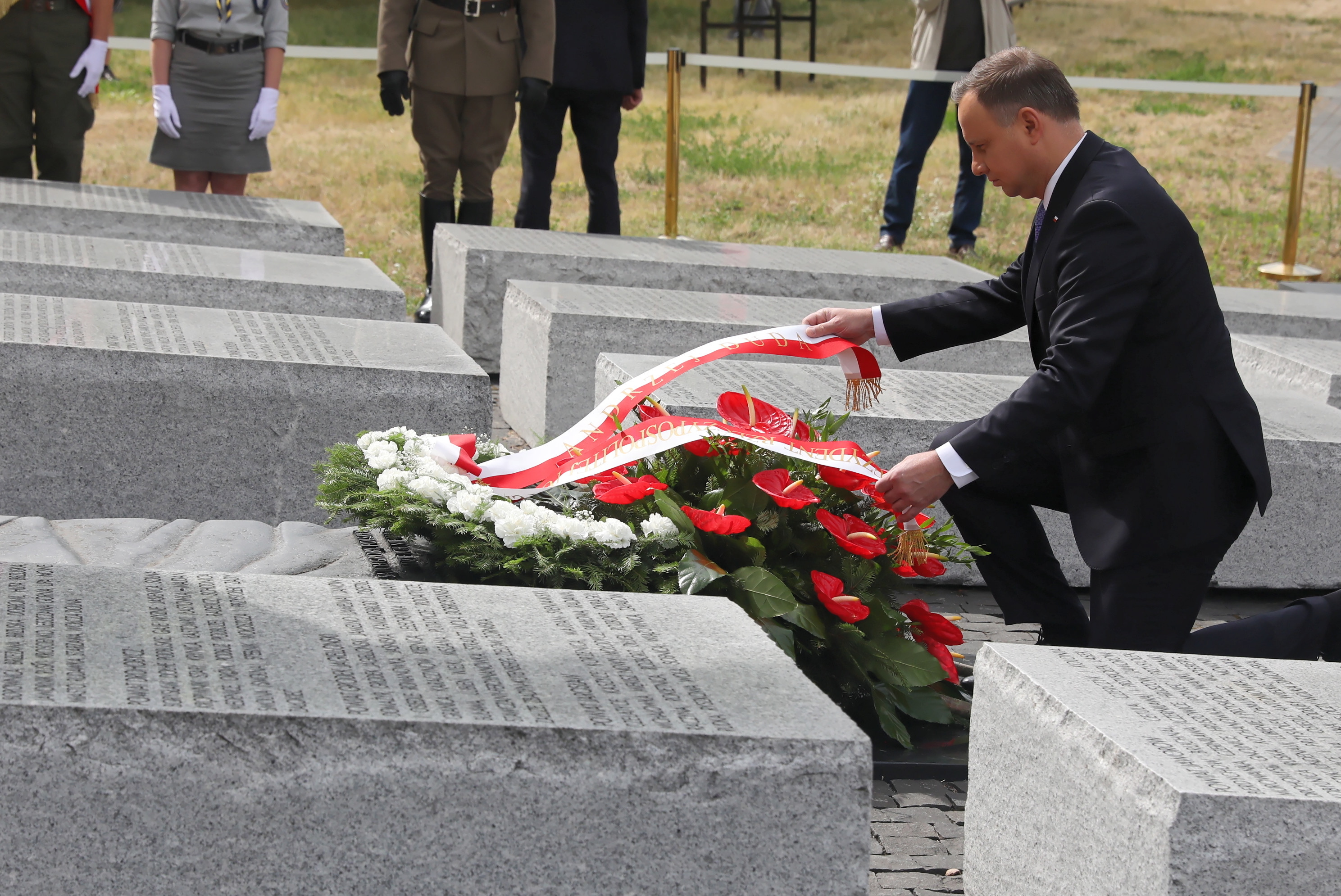 Laying a wreath at the Wołyń monument in Warsaw today, President Andrzej Duda said: “If we are talking today about the building of relations between our nations, between the Polish and Ukrainian people, between our states - and let me stress here, that we want (...) these to be the best possible relations - there is one thing known for sure. We need remembrance so that what happened then, will never repeat itself between our nations and our people.”Tomasz Gzell/PAP

The murders were committed with incredible cruelty. Many were burnt alive or thrown into wells. Axes, pitchforks, scythes, knives and other farming tools rather than guns were used in an attempt to make the massacres look like a spontaneous peasant uprising.

In the opinion of the historian Prof. Grzegorz Motyka, an expert on Polish-Ukrainian issues, “although the anti-Polish action was an ethnic cleansing, it also meets the definition of genocide”. 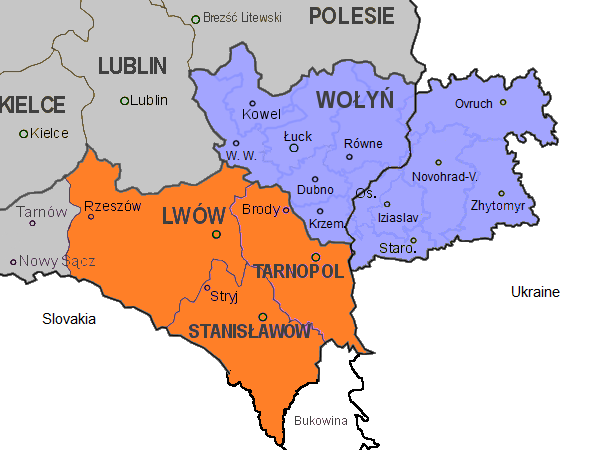 Wołyń is a region that was in Nazi-occupied Poland and is now part of present-day Ukraine.Public domain

To commemorate the massacre, in 2016 the Polish parliament instituted the National Day of Remembrance of the Victims of Genocide committed by Ukrainian nationalists against citizens of the Second Republic of Poland, at the same time labelling the massacres an act of genocide.

Laying a wreath at the Wołyń Massacre memorial in Warsaw today, President Andrzej Duda said that Poland wanted Polish-Ukrainian relations to be as good as possible.

"If we are talking today about the building of relations between our nations, between the Polish and Ukrainian people, between our states - and let me stress here, that we want (...) these to be the best possible relations - there is one thing known for sure. We need remembrance so that what happened then, will never repeat itself between our nations and our people.” 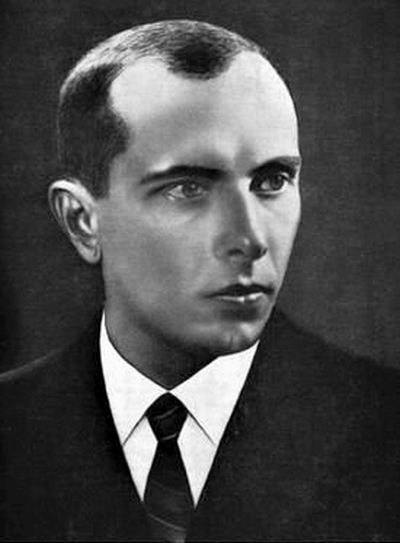 He added: "The Ukrainian side should permit the exhumations, which are necessary to mark the graves, so that the descendants (of victims) can know the places, where they can go to light a candle. And this is the condition under which the massacre could be commemorated in Volhynia.”