‘Our kitchen staff are treating this like war!’ Restaurants go on the offensive in fight against coronavirus

“We’ve gone from hero to zero overnight,” says Daniel Pawełek, founder of the Warsaw-based Ferment Group, a firm whose interests include six restaurants five of which feature in the latest edition of the Michelin Main Cities of Europe guide.

“But we’ve got to keep positive. We need to come out of this stronger, and when this finally all goes away, we need to be prepared.”

For Pawełek, that’s meant rallying a team of approximately 120 employees. “I spent the entire day yesterday on the phone to different individuals,” he says, “particularly those lower down the ladder who are worrying about paying the rent and other such issues, so it’s been a case of reassuring them.

“And as much as money is important,” he continues, “these are young people I’m talking about, it’s not in their nature to sit around doing nothing.”

Keeping them stimulated, says Pawełek, has been key, and thus far one of his restaurants, Rozbrat 20, has kept busy by baking bread for the elderly, whilst another, Butchery & Wine, is in the process of being morphed into a meat delicatessen. Others, meanwhile, have been committed to using their enforced break into counting stock and deep cleaning.

“Our kitchen staff are treating this like a war,” he says, “and they’ve responded brilliantly in the way they’ve come together to support each other.” 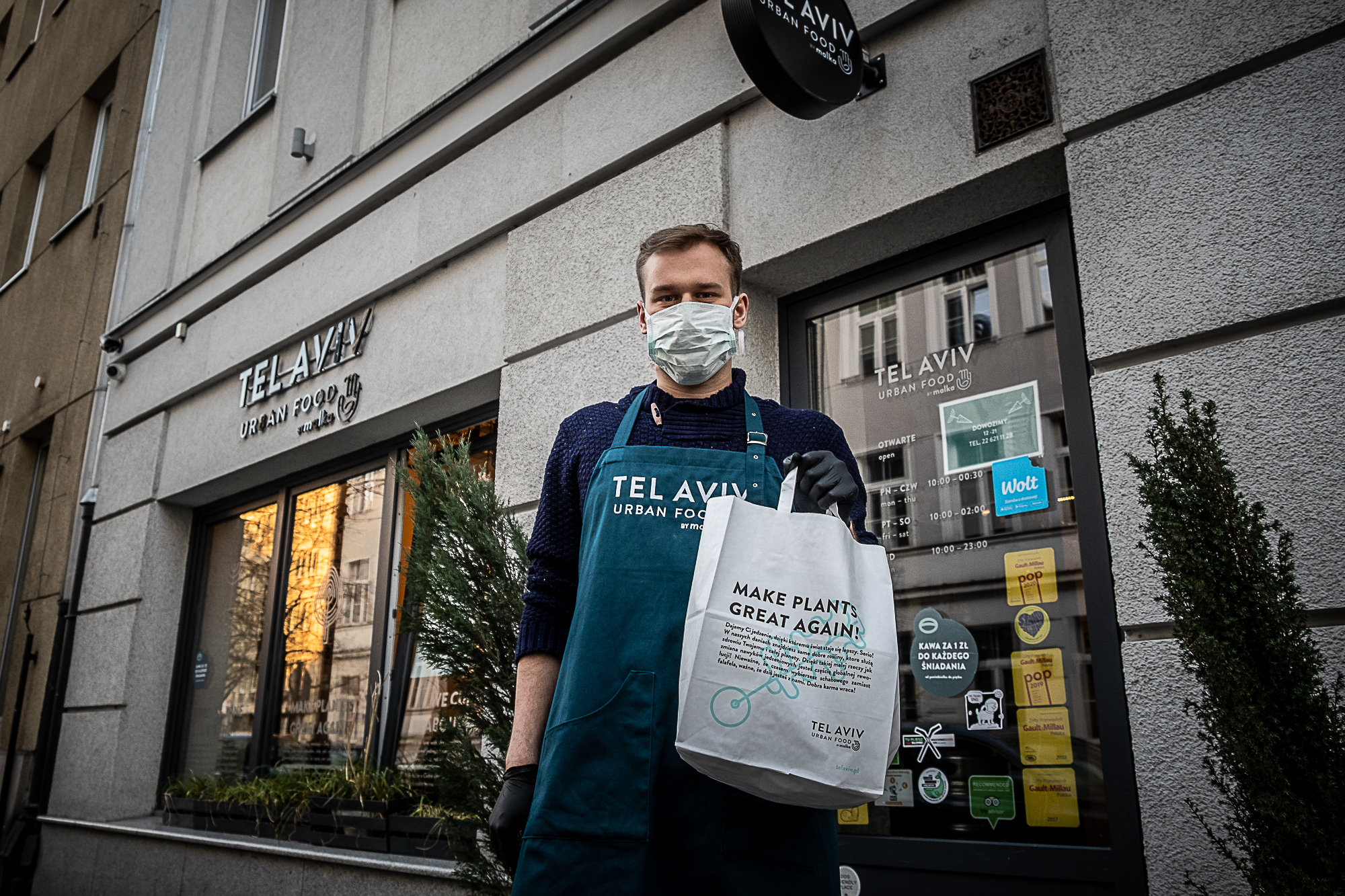 One restaurant which refuses to lie down and surrender is Tel Aviv, a hugely successful chain that has long been seen as a pioneering force on the country’s vegan map.Kalbar/TFN

This support potentially stands to be expanded to beyond the kitchen door.

“We’re looking into what we can do for the community,” adds Pawełek. “We’re not going down the take-away route that other restaurants have chosen because that’s not what these venues have been designed to do, but we’ll definitely be seeing what we can do to help the public. For instance, how we can aid people in quarantine.”

But whilst the Ferment Group has rejected the idea of operating a take-away service, others on the other hand have embraced the chink of light offered by food delivery as the concept of “Stay At Home” takes root in the psyche of the Polish diner.

Founded in 2003, and reputedly the oldest such firm on the Polish market, Room Service have long held a golden reputation for delivering food from a stable of high quality restaurants. Previously employing 40 couriers in the capital making several hundreds of deliveries daily, the company has proved a lifeline for more ambitious eaters seeking a benchmark set way above regular fast food.

“Obviously the mood isn’t great among our restaurant partners because they don’t know what tomorrow will bring, but we’re all being as positive as the situation allows,” says Karolina Bartniczak of Room Service. “If everyone just stopped, the whole world would come to a halt.” 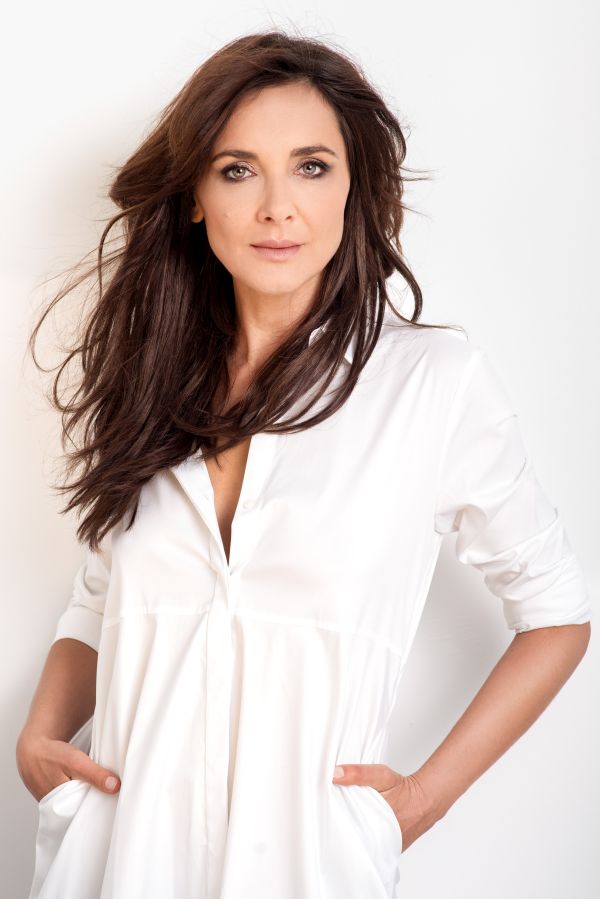 Stressing the safety aspect, Bartniczak has been keen to assure users of the stringent hygiene practices followed by both her delivery drivers as well as partner restaurants, whilst also bearing in mind the fragile nature of the industry in which she operates.

“All it needs is for one piece of fake news to circulate about the safety of food delivery services and people will over-react,” she warns. “I understand that given the circumstances, so that’s why we’re being extra careful by disinfecting card terminals and bags after each delivery, insisting on disposable gloves and picking up the deliveries from segregated zones.”

Despite widespread speculation to the contrary, rumours that the covid-19 pandemic has led to a surge in deliveries have not been entirely accurate, however, a point attested by Julia Dedo of Wolt, a global delivery firm with a total of 4.5 million users registered in twenty countries.

“It’s too early to tell what the impact of coronavirus will be,” she tells TFN, “but on a company level our numbers are pretty standard. In Poland we saw some cities record a growth, while others a slight decrease. People have expected an uptick, but we’ve not really seen that at this point in time. Basically, it’s too early to draw conclusions as a growth in demand is typical anyhow at this time of year.”

Practising contactless pick-up and delivery, Wolt too have emphasized the safety angle while monitoring the situation and following the latest recommendations from the WHO. 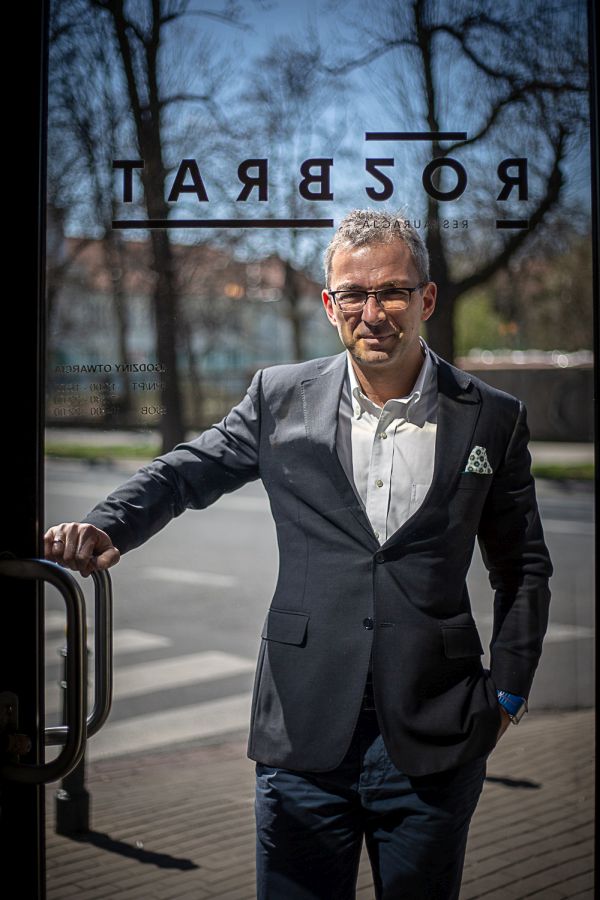 Daniel Pawełek, founder of the Warsaw-based Ferment Group, has been rallying a team of approximately 120 employees.Kalbar/TFN

“Besides that,” she says, “you’ve got to realize that our couriers are taking this very seriously – they’re the one who make it possible for people to stay home, and in addition to various safety measures we’ve also introduced a Covid-19 Partner Support Program that provides financial support to help couriers cope with financial loss in case they themselves fall sick or are quarantined.”

For certain, the restaurant scene faces a hefty and possibly unprecedented wobble, and according to Room Service’s Karolina Bartniczak this could impact the smaller venues the most.

“We don’t know how this will play out, but certain scenarios could spell bad times for more niche enterprises,” she says. “For instance, if you’re a place that just makes sandwiches or sells muffins, it’s going to be a struggle for the time being – after all, it’s simply not cost-effective to send out a couple of muffins for delivery.

“The bigger restaurants are in a better position,” she continues, “but even so you have to remember these were operating at close to full capacity before. I guess as Londoners used to say, we need to “keep calm and carry on” – at least to the extent that is possible.”

It’s a mantra that’s been applied at Tel Aviv, a hugely successful chain that has long been seen as a pioneering force on the country’s vegan map. 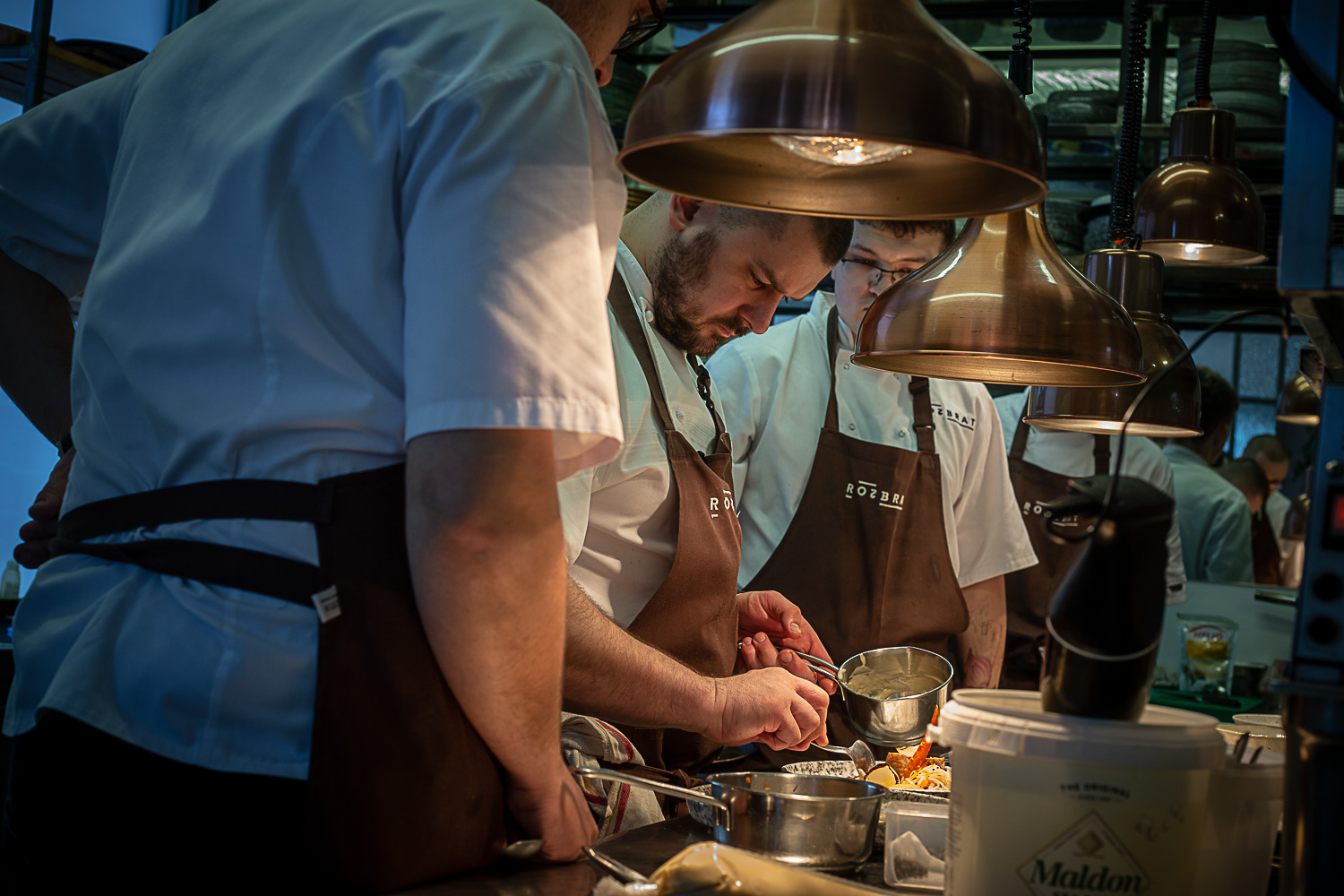 Pawełek, whose restaurants include Rozbrat told TFN: “Our kitchen staff are treating this like a war, and they’ve responded brilliantly in the way they’ve come together to support each other.”Kalbar/TFN

“My first reaction to the situation was shock,” says Malka Kafka, the brand’s founder. “Being honest, I had been warned last month by one of my business partners about the severity of the situation in Italy, but I think everyone thought the threat was exaggerated. In hindsight, we didn’t react earlier as an industry even though it’s now obvious what was happening.”

Despite that, Tel Aviv have now moved quickly to adapt. “We held a call with our franchisees warning that anything could happen, but making it clear we would do everything to survive the challenges ahead,” says Kafka. “We were also clear that we’d find solutions and innovations to respond and it was great to see that by the next day, everyone was on board, determined to do this together.”

In the case of Tel Aviv, this has meant following an unorthodox approach whereby the firm has established its own lines of delivery.

“Some delivery companies can be quite expensive,” says Kafka, “so we’ve created our own system with a central phone number and out-sourced drivers.”

Though it’s early days yet, Kafka speaks with a measured sense of optimism. 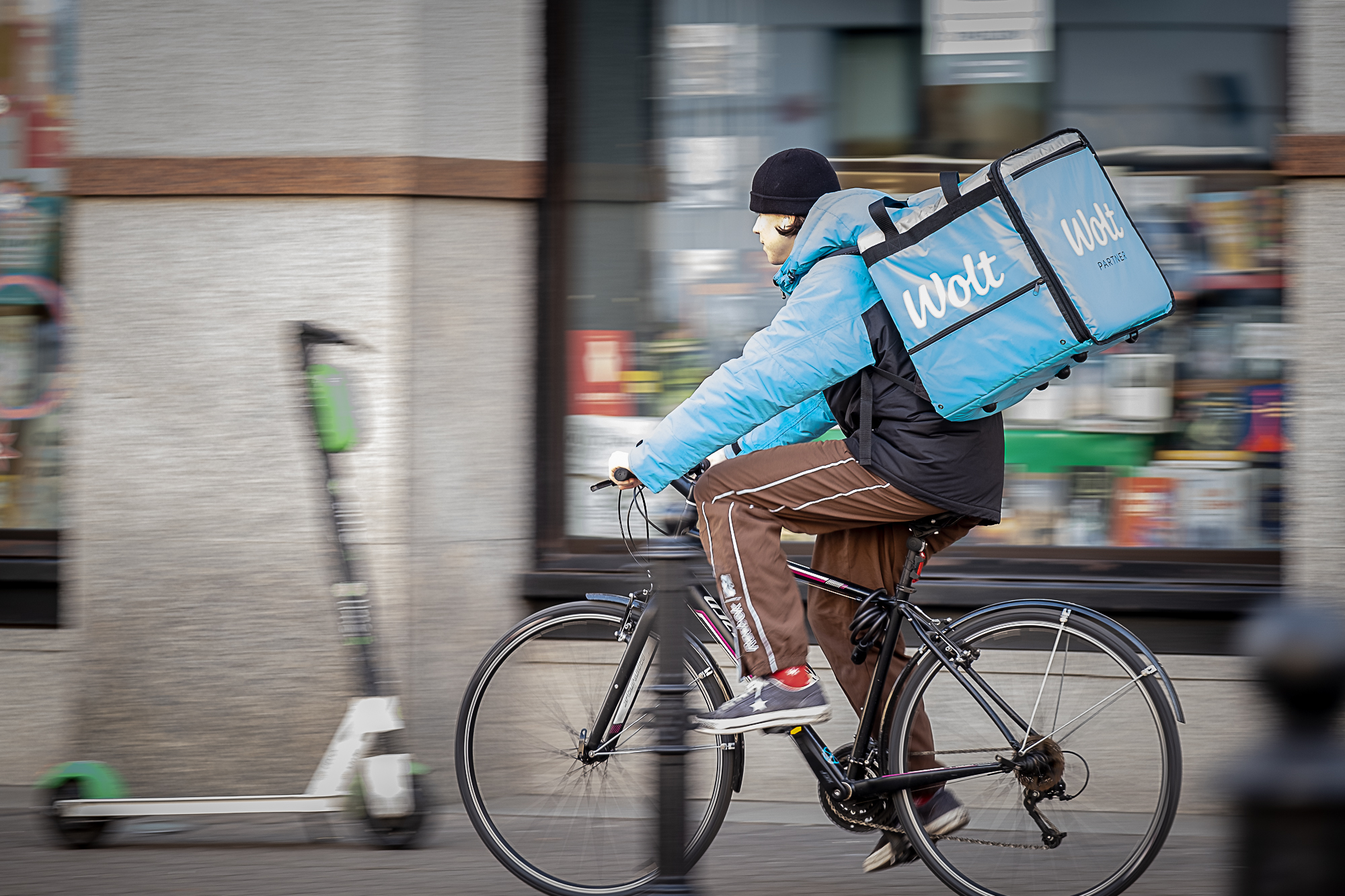 Food delivery company WOLT has introduced a Covid-19 Partner Support Program that provides financial support to help couriers cope with financial loss in case they themselves fall sick or are quarantined.”Kalbar/TFN

“We had to change our business model within a week,” she says, “but we’re now seeing our delivery sales growing. We’ve also got a financial analyst working with us, looking at our figures to explore where we need to decrease costs and how much more we need to sell to hit a breakeven figure – this is not spontaneous.”

Neither has the crisis put a stop to the long-term ambitions of Tel Aviv.

“In February we started working on a three-year strategy, and although the crisis put that on hold we’ve decided to resume making plans for the future,” says Kafka. “We haven’t given up. If anything, it’s given us the opportunity to identify our weakest links and the chance to eliminate them. To use a comparison, when you learn about a cancer you can then plan the surgery to remove it.”

The days – and possibly months ahead – promise to push the industry to the limit, but it is a challenge that has been met with stark defiance by restaurateurs and delivery services alike. Crucially, however, if the industry is to withstand the battering that awaits the public, too, have a significant role to play.

“The restaurant industry needs you,” says Kafka. “If possible, buy a voucher to use in better times or order food. And if that can’t be done, just words of support can go a long way. Finally, when we emerge from all this, I hope it’s with a humble attitude and a remodelled way of thinking and approach to our business.”

Poland performs one million Covid vaccinations in a week