A Polish copy of an Enigma encryption machine that was used to break German codes in France and Britain during World War Two is on its way to Poland.

The machine is one of only four Polish Enigma copies that were produced in France after key staff from the famous Polish Cypher Bureau left Poland after the German invasion in September 1939. 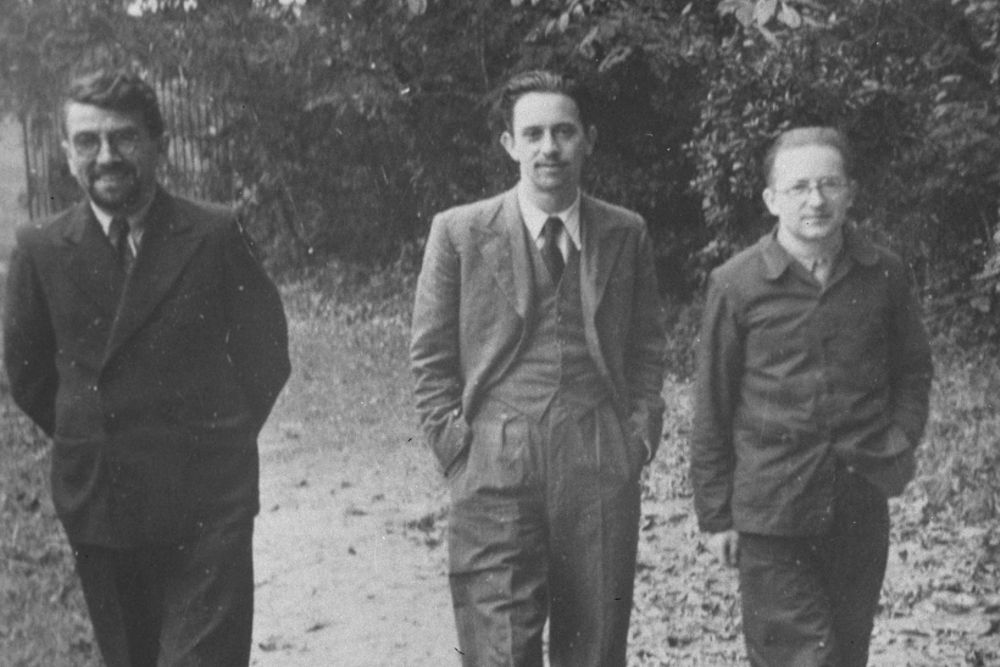 In the first half of the 1930s, mathematicians (L-R) Henryk Zygalski, Jerzy Różycki and Marian Rejewski managed to break German messages encrypted using the Enigma machine.PAP

The Enigma double is being donated by the Polish Institute in London to the Museum of Polish History, which is currently being built at the Citadel in Warsaw.

Heralding the arrival of the Enigma device, the museum posted on its Facebook page: “By donating the machine to the Museum of Polish History, an invaluable element of Polish national heritage has been secured.” 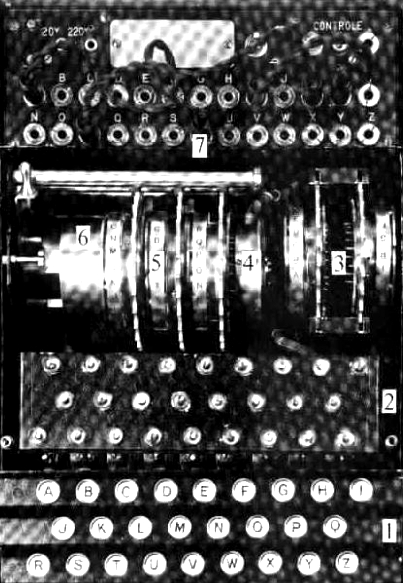 To allow intercepted German telegraphs to be read easily, Polish intelligence produced a ‘Polish Enigma’, which was a copy of the German machine.Public domain

The machine is a symbol of the extraordinary story of how Polish cryptologists broke the Enigma code, shared the breakthrough with the Western Allies and laid the foundations for further code-breaking work in Britain which could have shortened the war by up to three years.

In the 1930s, a priority of the Polish Cypher Bureau was to decipher German military messages. These were transmitted using a technically advanced Enigma cipher machine.

In the first half of the 1930s, mathematicians Marian Rejewski, Jerzy Różycki and Henryk Zygalski managed to break German messages encrypted using the Enigma machine. 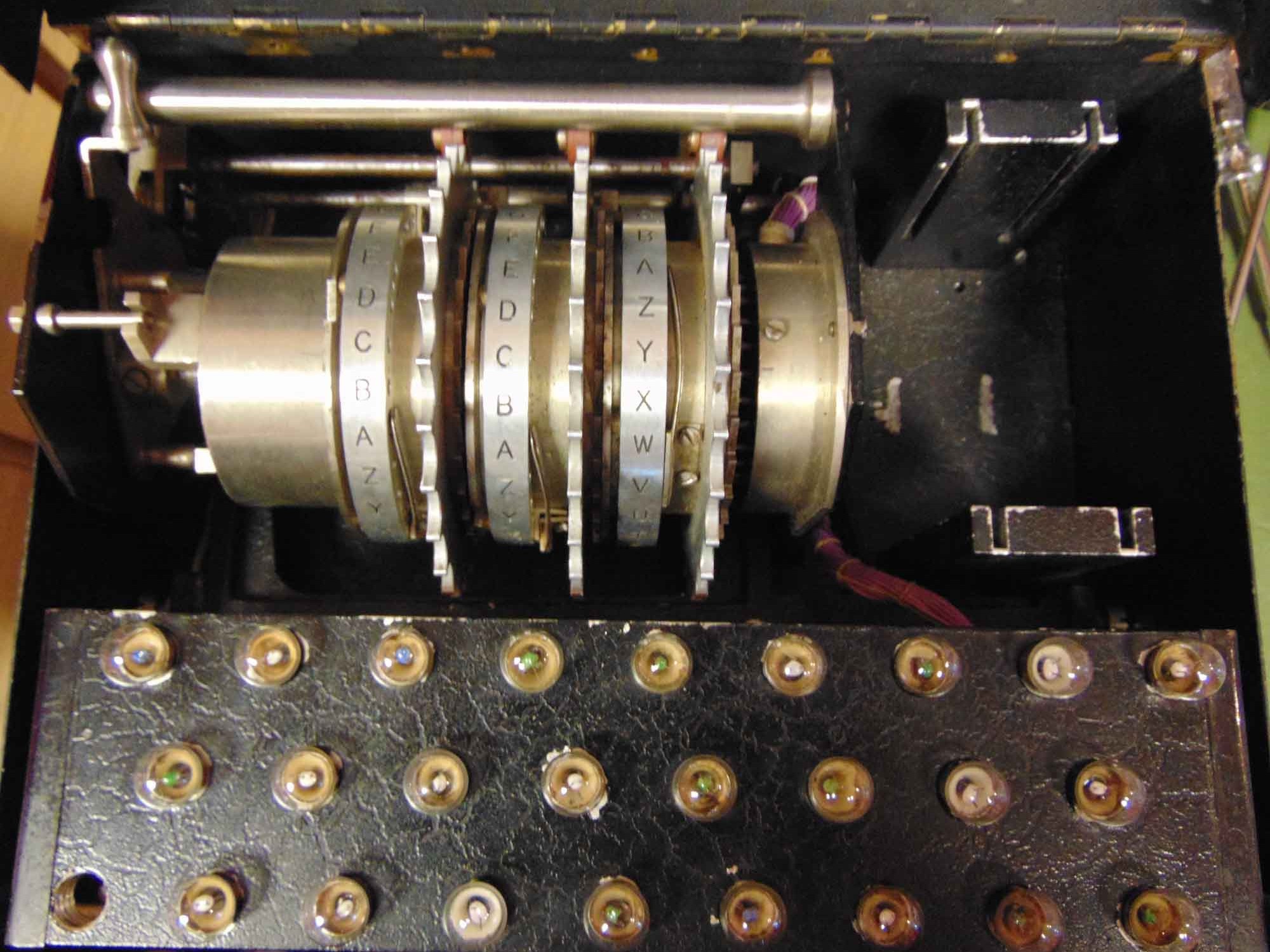 Using these machines, Polish cryptographers were, by 1938, reading some 75 percent of intercepted German Radio transmissions enciphered using the Enigma machine.gov.pl

The next challenge was to allow intercepted German telegraphs to be read easily. For this purpose, Polish intelligence produced a ‘Polish Enigma’, which was a copy of the German machine.

Up to the outbreak of the war, Polish cryptologists ordered dozens of copies of the machine to be made by AVA Radio Manufacturing Company in Warsaw. Ultimately, about 70 such functional replicas were produced.

Using these machines, Polish cryptographers were, by 1938, reading some 75 percent of intercepted German Radio transmissions enciphered using the Enigma machine. They kept this a very closely guarded secret, telling no one of their successes. 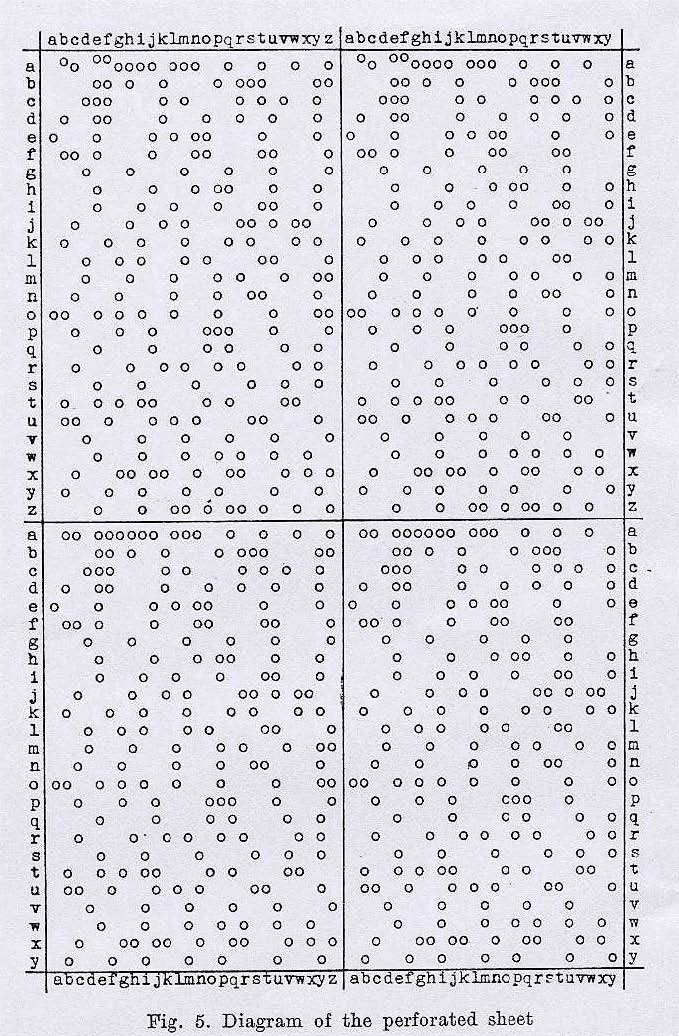 Named after mathematician–cryptologist Henryk Zygalski who invented it in about October 1938, the Zygalski sheet was a cryptologic technique used by the Polish Cipher Bureau before and during World War II. Public domain

However, when war with Germany seemed imminent in the summer of 1939, at a meeting of French and British cryptologists near Warsaw the Poles revealed all to the utter astonishment of the French and British. Two of these Enigma replicas were passed to Poland's allies, one going to Paris and one to London.

Until then, German military Enigma traffic had been an impenetrable wall to the British and French, and they had faced the real prospect that German communications would remain unreadable for the duration of the coming war. 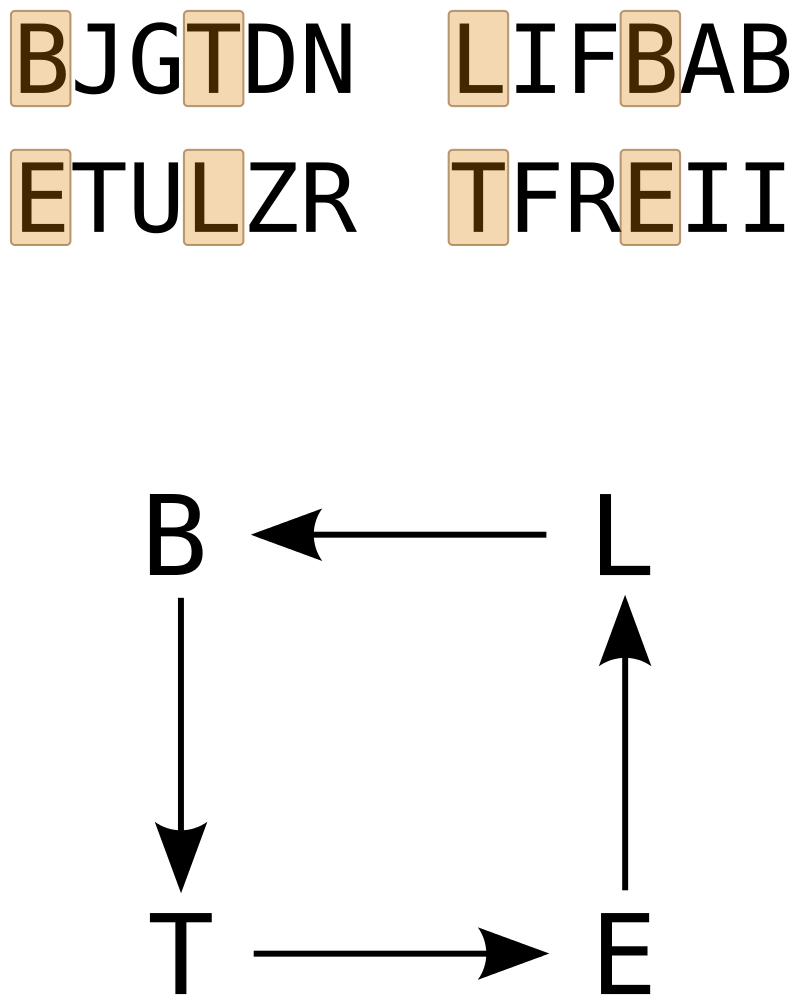 Rejewski exploited cycles formed by the first and fourth letters of a set of indicators to deduce the Enigma rotor wiring in 1932, and to solve the daily message settings.Public domain

Outside Paris the Poles operated in a joint unit with their French colleagues, linked by teleprinter to Bletchley Park.

However, the Poles had only three replica Enigma machines to work with, and these were wearing out from round-the-clock use.

French Army intelligence officer Gustave Bertrand ordered parts for forty machines from a French precision-mechanics firm. Manufacture proceeded sluggishly, however, and it was only after the fall of France and the opening of underground work in southern France's Free Zone in October 1940 that the Poles finally assembled four machines. 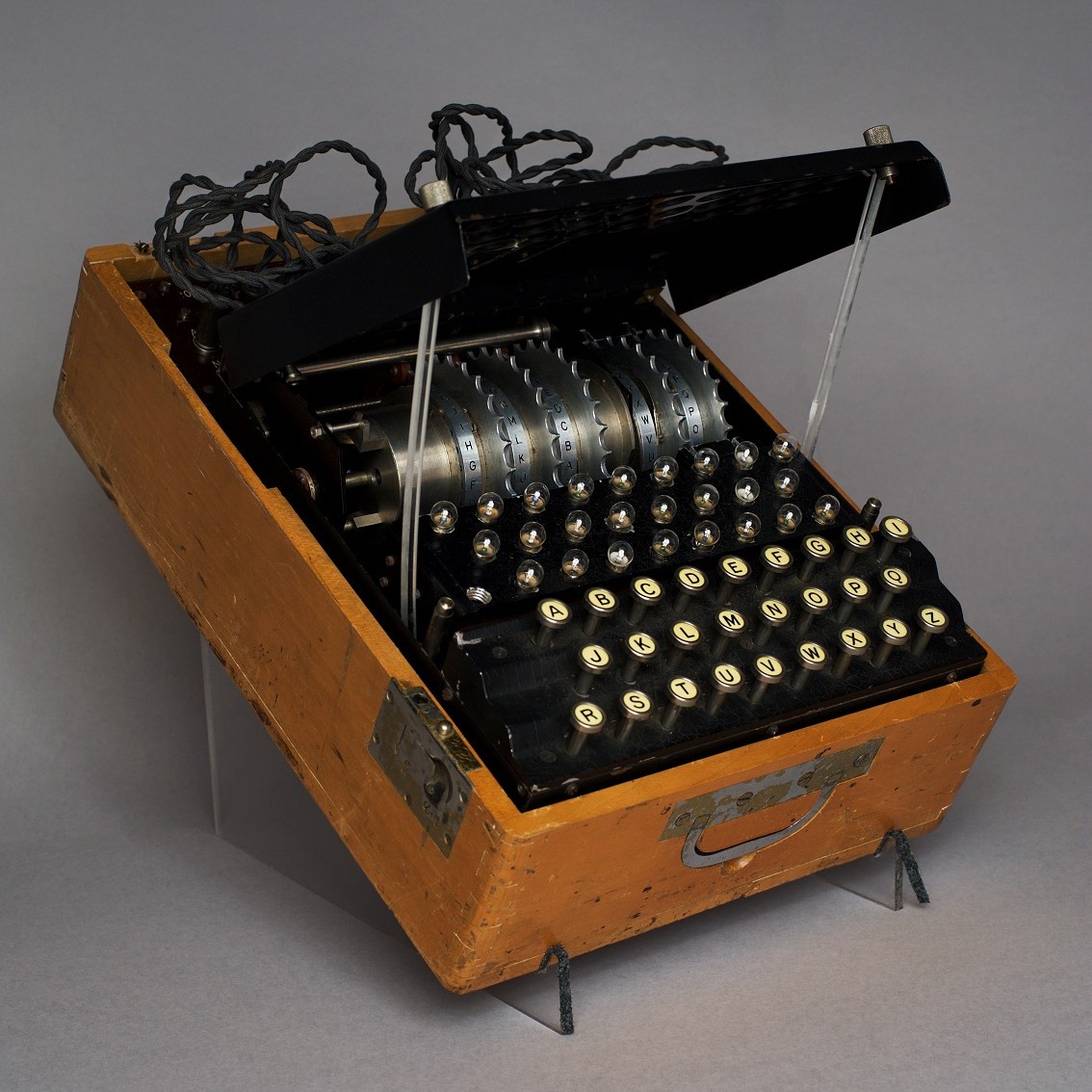 A Polish copy of an Enigma encryption machine that was used to break German codes in France and Britain during World War Two is on its way to Poland. gov.pl

It is one of these four machines that visitors to the new Museum of Polish History will be able to see.

The Polish Enigmas were used in the P.C. Cadix intelligence centre in the south of France, until the German army entered the Vichy State. Then the equipment was hidden or evacuated.

Polish knowledge of the Enigma's operation and the method of breaking its ciphers also helped British intelligence to read German massages. 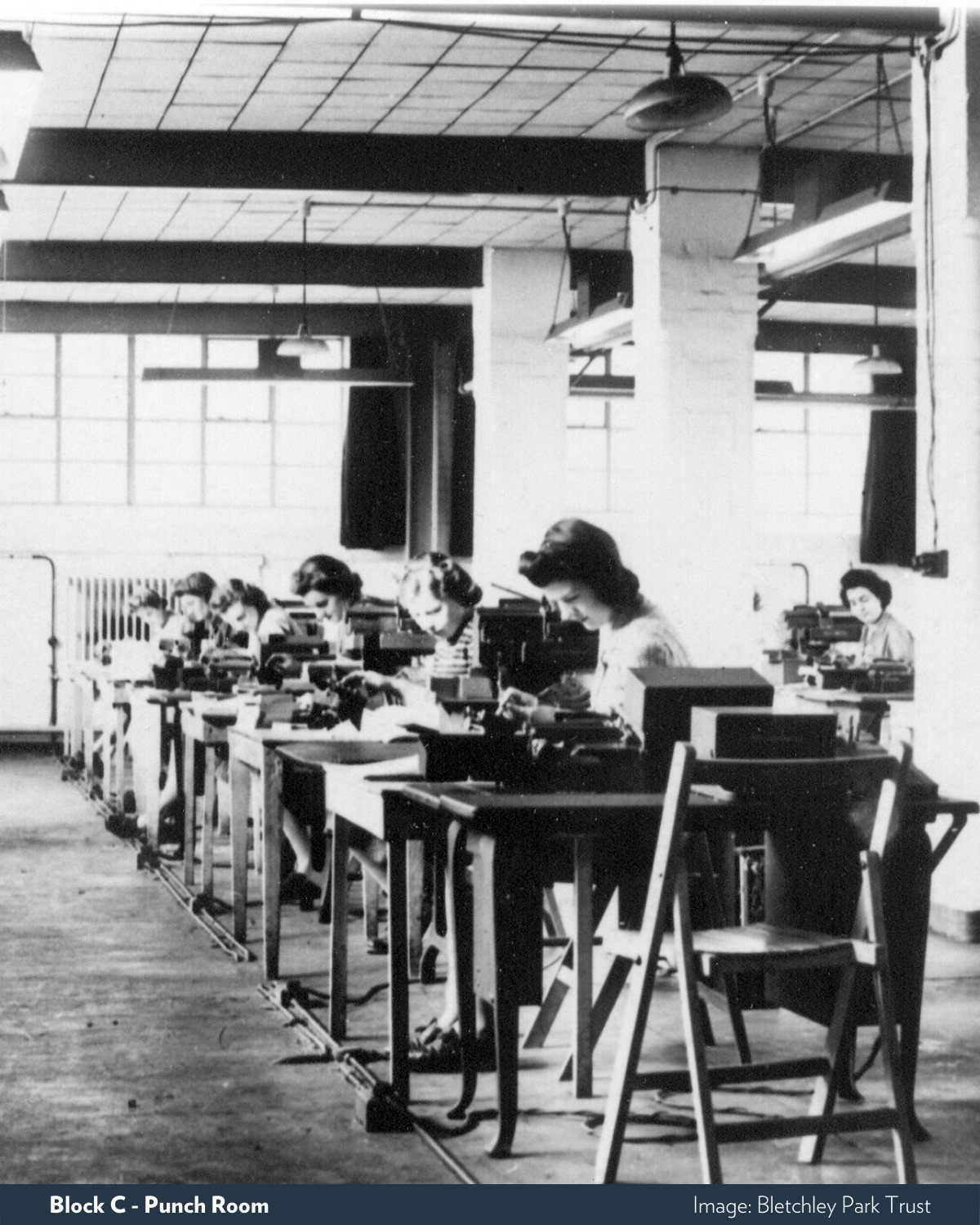 During the war the machines were also used by British cryptologists at Bletchley Park to decrypt messages enciphered on German Enigma machines.Bletchley Park/Facebook

Work on breaking successive versions and improving the Enigma cipher continued at the British cryptology centre in Bletchley Park. According to historians, thanks to the fact that the Allies could read Enigma messages, the war may have been shortened by up to two or even three years.

Rejewski and Zygalski made their way to Britain, but they were barred from working on further developments of the Enigma code-breaking system.

Instead they were sent to work on breaking SD and SS messages using the Doppelkassetten system. 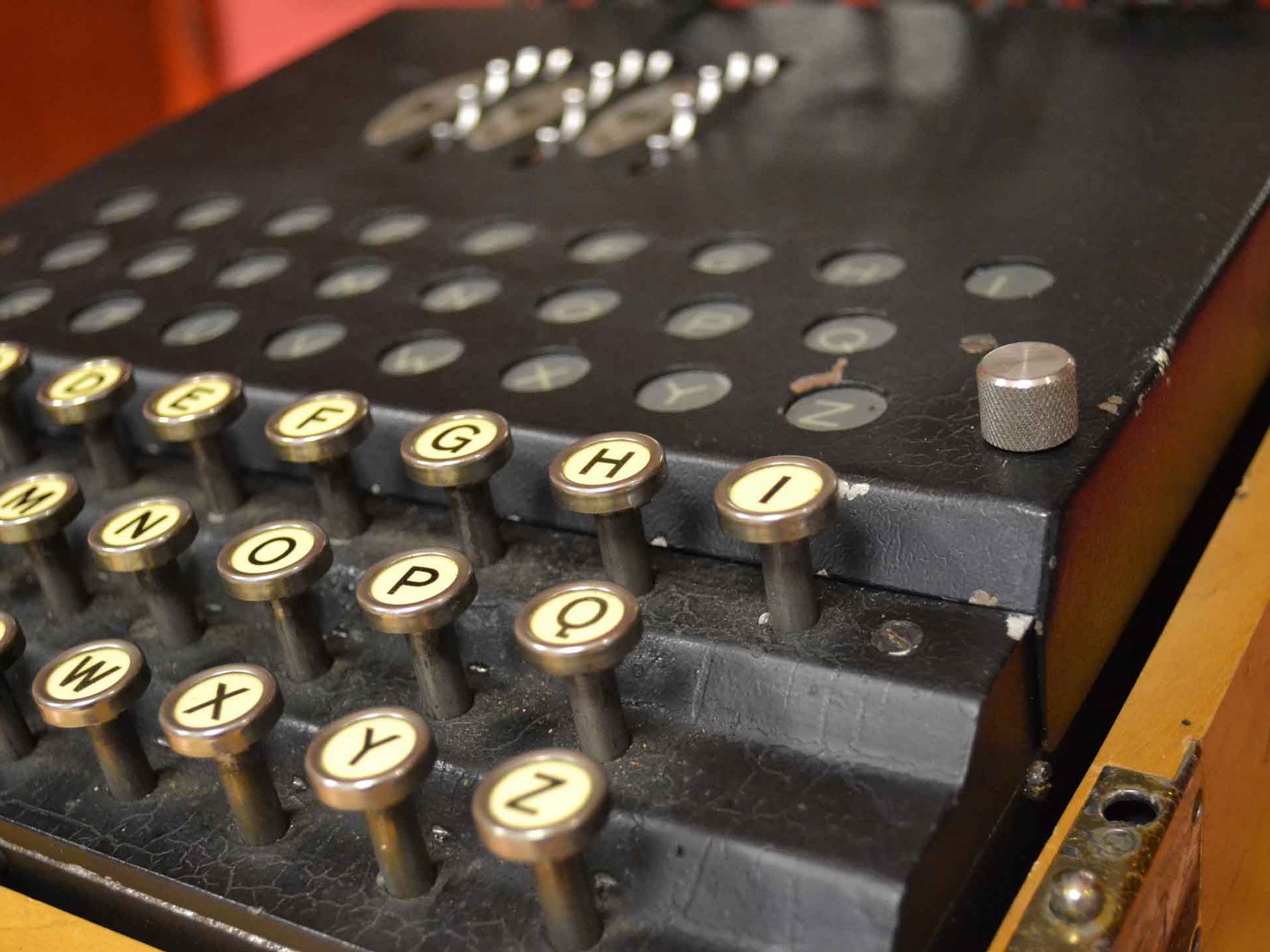 Heralding the arrival of the Enigma device, the museum posted on its Facebook page: “By donating the machine to the Museum of Polish History, an invaluable element of Polish national heritage has been secured.”gov.pl

British writer and cryptologist wrote that “assigning them to work on the "Doppelkassetten" code was the same as using racehorses to pull the cart”.

The collection of the Polish History Museum already includes a German Enigma, which was bought for the museum by the American company Prescient. The machine was used in the early 1930s and is one of hundreds of German Enigma machines that still exist.

Thanks to the agreement with the Piłsudski Institute, both the German original and the Polish copy produced by Polish intelligence will be shown in the future Polish History Museum.