Only Urbaniak can make Herbie Hancock play for Warsaw

“I was born in Warsaw,” recalls Michał Urbaniak in the notes accompanying his new album. “A day before the Uprising my mother Irene took me out of town. She probably saved my life.” At the time, he was just one-and-a-half years of age, and lucky to survive the slaughter that followed. 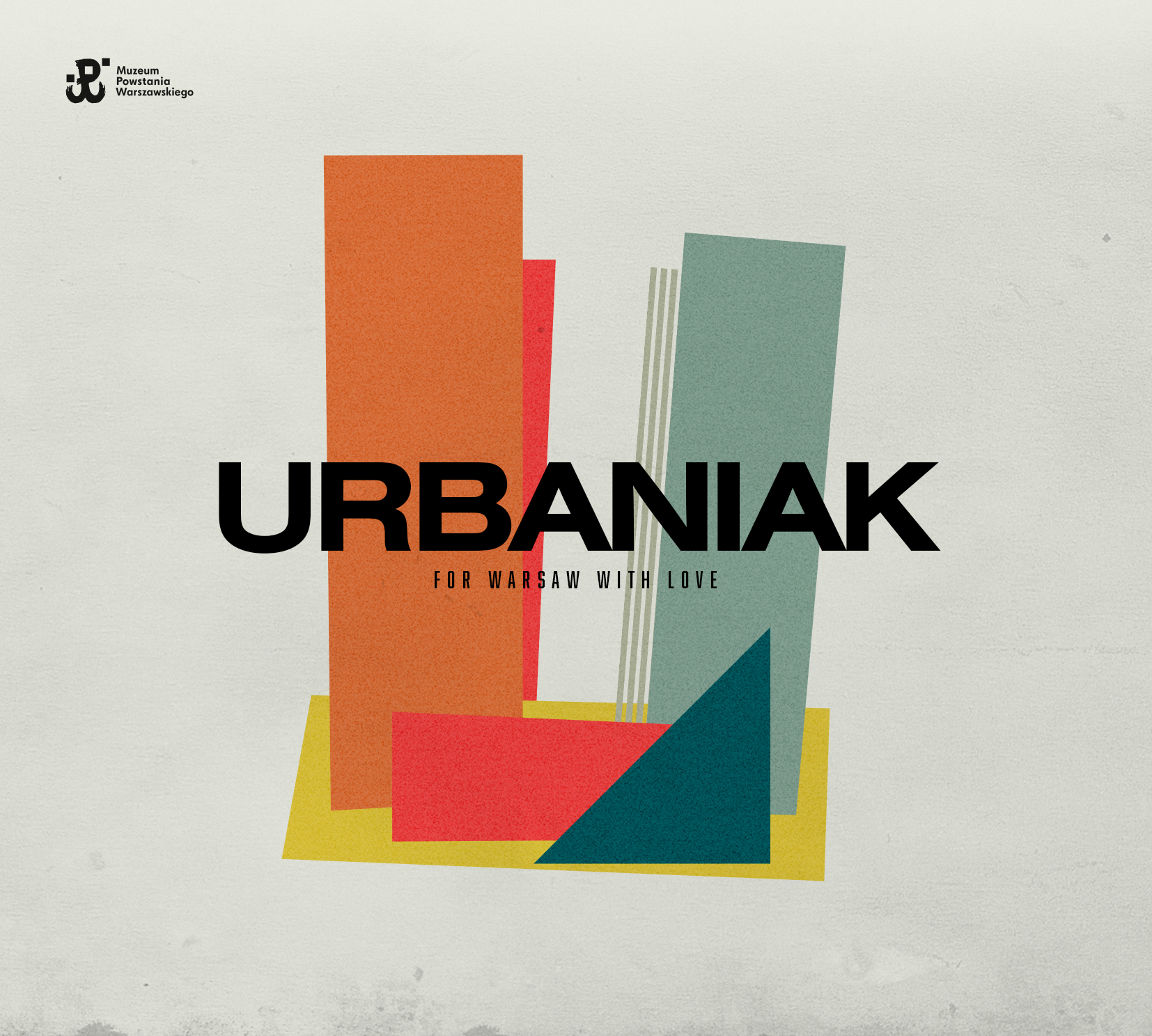 Whilst it would be incorrect to say that we ‘celebrate’ the anniversary of the insurgency, we certainly cherish the memory of those young heroes who fought with such valour, and so too do our domestic artists. For them, it’s become a tradition to commemorate the Uprising with special performances and recordings.

In keeping with this, Michał Urbaniak, Poland’s foremost jazz violinist (and saxophonist, let us not forget), has dedicated his most recent album, For Warsaw With Love, to the memory of those who partook in the 63-day battle. 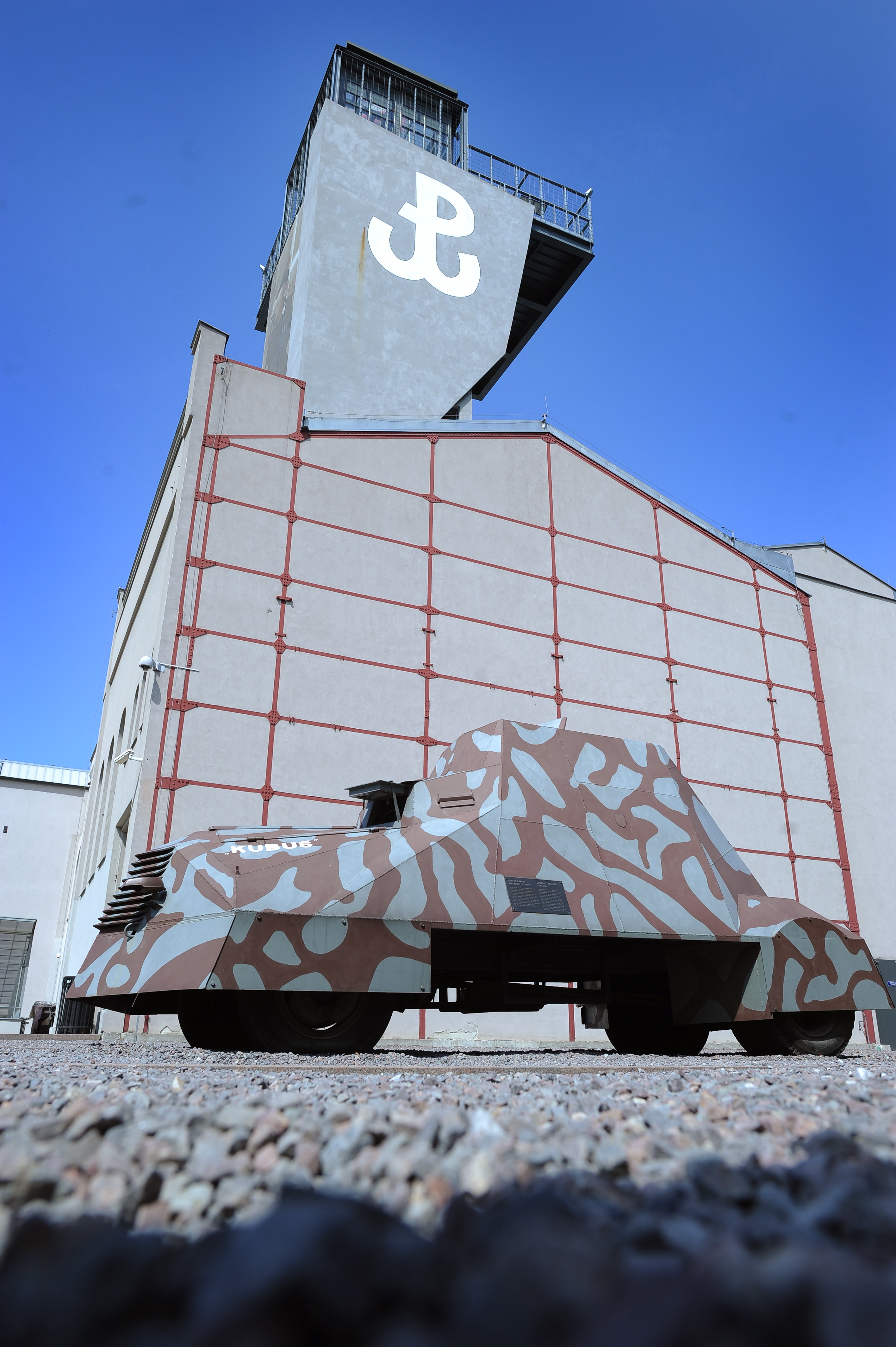 Among others, the museum has previously released albums by Oscar-winning composer Jan A.P. Kaczmarek, as well as a lyrical jazz album by Aga Zaryan.Jacek Turczyk/PAP

In this, he’s been aided by some of the greatest names in contemporary music, including the pianist Herbie Hancock, guitarist Dave Gilmore, the rhythm section of bassist Marcus Miller (though hard to imagine now, but this extraordinary performer was discovered by Urbaniak many years ago), and Lenny White on drums (ex-Return To Forever).

Always open to what is new, Urbaniak uses samples (such as Szpilman’s “Red Bus”), incorporates rappers (Stuntman and Walter West) and even gives his daughter, Mika, a chance to sing. The effect? Very contemporary, very eclectic, yet heartfelt – a sound typical of all Urbaniak’s music. Sitting back, it’s a pleasure to follow his virtuoso violin (“Chopin vs. Paganini”) or to hear him play his tenor saxophone again (“Blue in Green”). 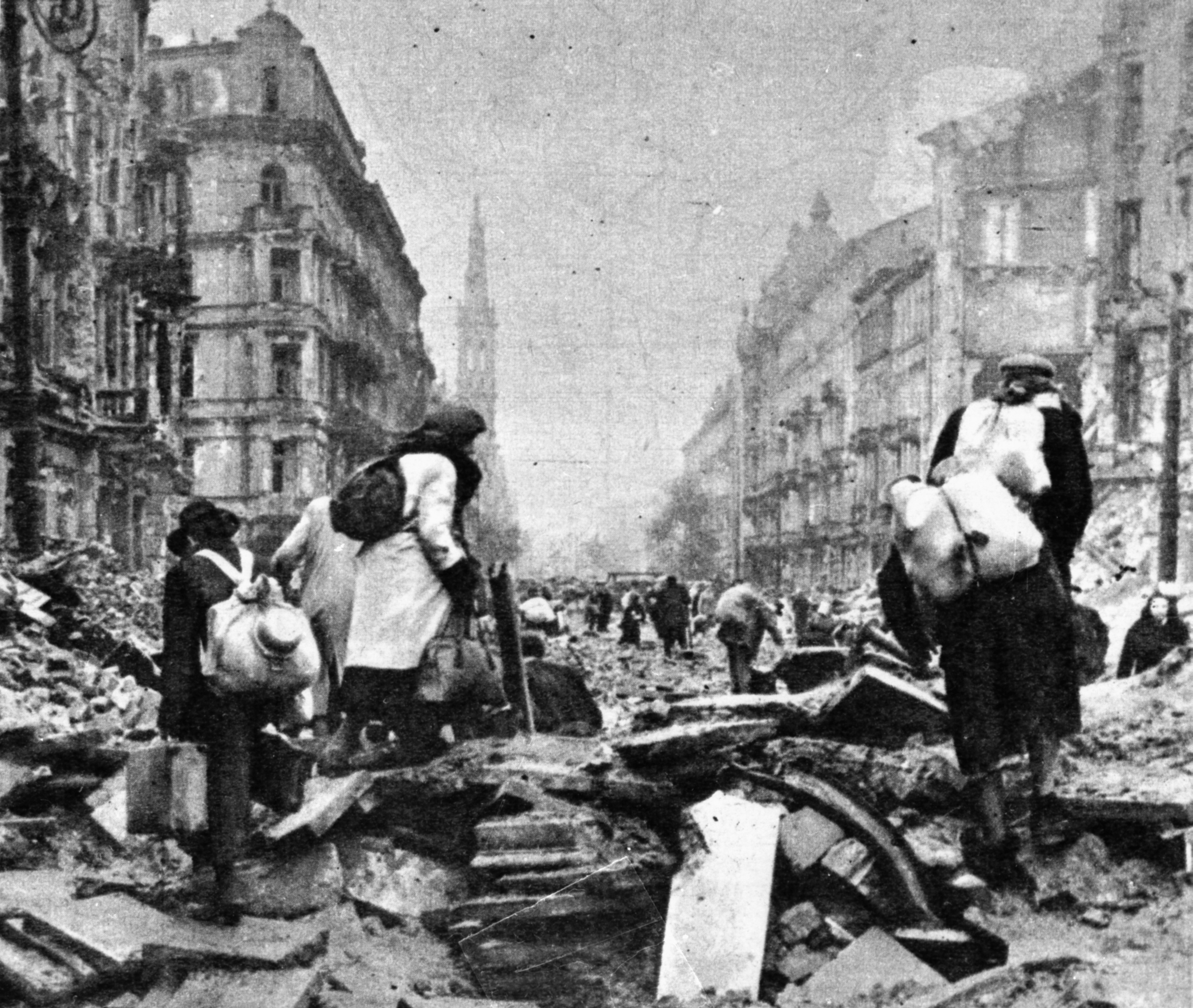 Urbaniak’s album is a stunning musical tribute to the city of his own birth – a phoenix that rose from the devastation of war.PAP

Urbaniak is all about music and about love of music. So even when recording for The Warsaw Rising Museum he doesn’t forget about the sounds that shaped him as an artist – American jazz standards. On the new album we find “Blue in Green” by Miles Davis and Bill Evans, and also – always a joy to my ears – Monk’s “Round Midnight” (with Marcus Miller on a bass clarinet).

Playing jazz standards in the company of American masters places Michał Urbaniak where he naturally belongs: among the jazz greats, no matter where they come from or what colour they are. Simply the best. 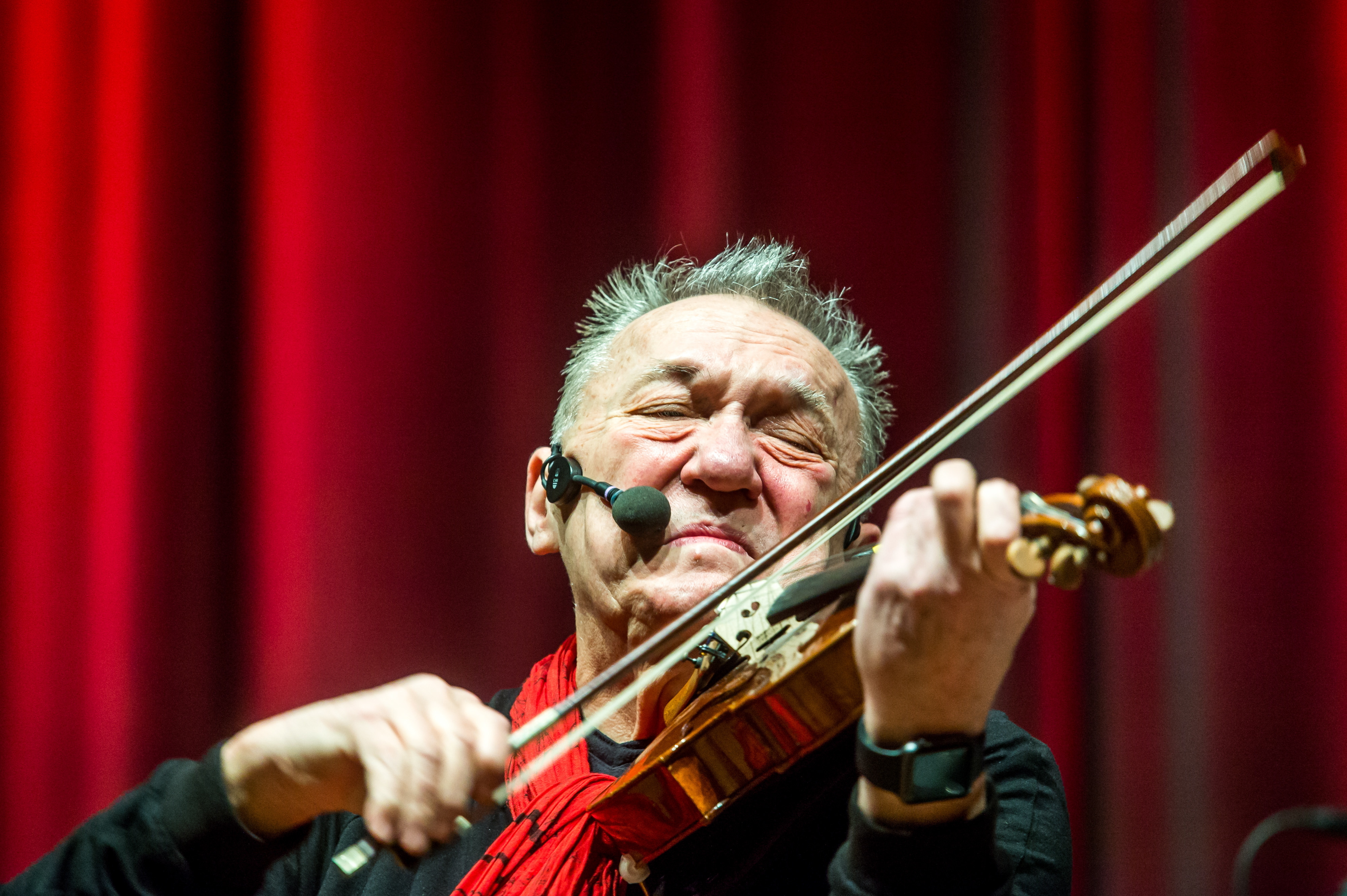 Regarded as a musical legend, Urbaniak was joined on the album by an A-list line-up that included Herbie Hancock, Marcus Miller and Lenny White. Tytus Żmijewski/PAP

The annual musical anniversary project of The Warsaw Rising Museum has traditionally been quite varied, but the fundamental message has always been the same: to preserve the precious memory of this event.

There was an album by the Oscar-winning composer Jan A.P. Kaczmarek, a symphony by Krzysztof A. Janczak and my personal favourite, Umiera Piękno, a lyrical jazz album by Aga Zaryan with songs made to the poems by our Lost Generation of war-writers. And now comes this jazz record by Michał Urbaniak. 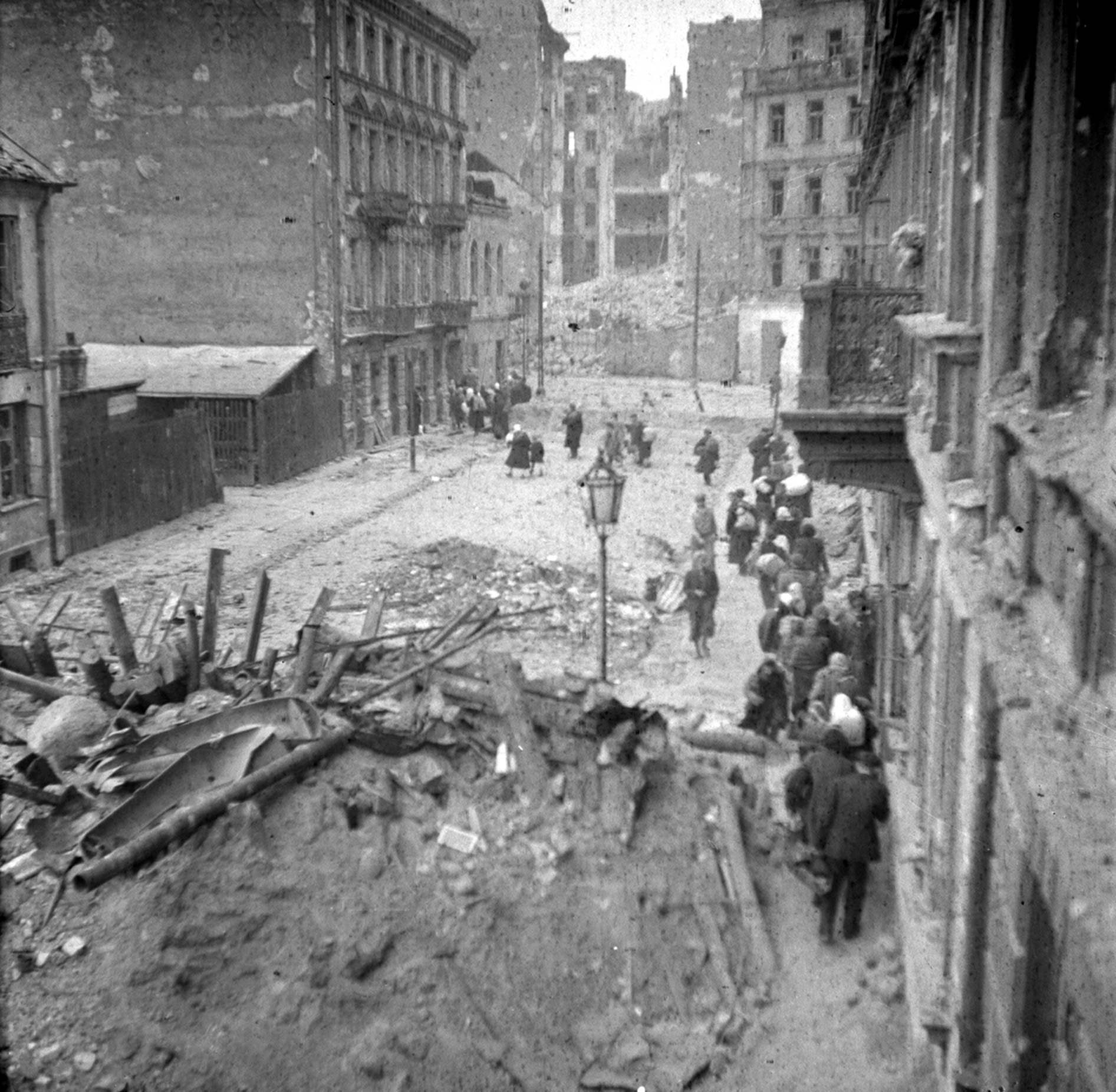 It’s since become something of a tradition for artists to commemorate the anniversary of the Uprising with special performances and recordings.PAP

I’ve been following Michał Urbaniak’s career over many years now: including his first steps in New York and his early recordings for Columbia – to high-school jazz aficionados he was a hero, our man in America.

I also witnessed his many returns to the homeland and now, this, a musical tribute to the city of his birth, a town so terribly wounded, yet somehow still alive. A true phoenix.

I deeply admire Urbaniak’s vision, not least that he’s summoned the world’s best musicians to work on the album. Just look at it again: Herbie Hancock, Marcus Miller and Lenny White. Can you ever imagine a better line-up?

But the best part is, all of these giants of jazz, with their immense recording output, will now have this title in discography: For Warsaw With Love.

For that alone, thank you, Michał. Thank you, guys.

Glory to the heroes!