Only Ukraine can decide its future, president tells Ukrainian parliament

Andrzej Duda, the Polish president, on Sunday, told the Ukrainian parliament in Kyiv that only Ukraine had the right to decide its future.

President Duda had travelled to the Ukrainian capital to become the first head of state to address the Verkhovna Rada, the country's parliament, since the start of the war.

In a speech that received a standing ovation from MPs, Duda said Ukraine should resist Russia's territorial demands, and described calls for Ukraine to accept Moscow's ceasefire conditions as "disturbing."

"Only Ukraine has the right to decide its future. Disturbing voices have appeared saying Ukraine should submit to (Russian President Vladimir - PAP) Putin's demands, but only Ukraine is entitled to determine its future," said Duda, adding that Ukraine should pursue a "nothing about us without us" policy.

Duda stressed that the international community should demand Russia's full withdrawal from Ukrainian territory, and warned that failure to help Ukraine against Russia would be a major blow to the Western world.

"If Ukraine is sacrificed for... economic reasons or because of political ambition, if as much a centimetre of its territory is sacrificed, this would be an enormous blow not only for the Ukrainian people, but the entire Western community," Duda said.

He also reiterated Poland's support for strict sanctions on Russia. 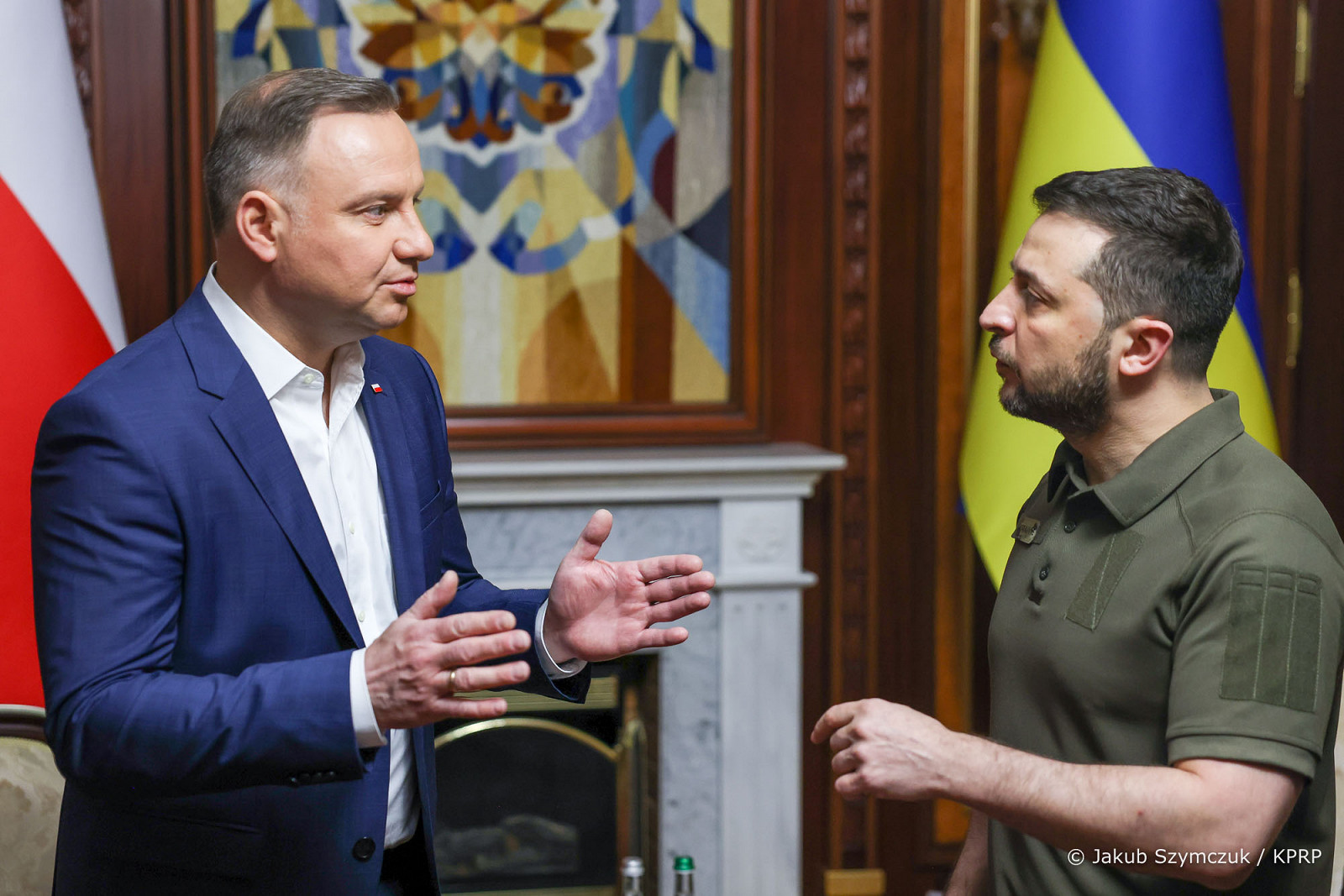 Duda also mentioned the bonds between Ukraine and Poland, and stated that "nothing can break our unity." He assured the parliament that Poland would do everything in its power to aid Ukraine on its path to EU membership.

"I will not rest until Ukraine is a member of the European Union," Duda said.

Duda pointed out that Ukraine's invasion by Russia called for a new partnership agreement between Poland and Ukraine.

"Considering the friendly relations between Warsaw and Kyiv, which have become especially visible in the context of Russia's continuing war on Ukraine, it is time to seal a new 'good-neighbour' agreement between Ukraine and Poland," Duda said, adding that the new accord should "take into account everything we have managed to build in our relations, also over the recent months."

In turn, Volodymyr Zelensky, the Ukrainian president, thanked Poland for its support and for supporting Ukrainian war refugees.