Lower Silesia has long been a target for treasure hunters on the trial of gold, art and religious artefacts stolen by the Germans during World War Two.

Journalist and author Łukasz Kazek, though, has shunned the lure of riches and has instead been on the trail of his own treasure – the human stories behind the valuables that people left behind.

For the last twenty years he has been looking for the personal valuables hidden by Germans who fled Lower Silesia at the end of the war.

Kazek, along with film director and producer Mateusz Kudła, have now decided to tell these stories in a film which is soon to be released. 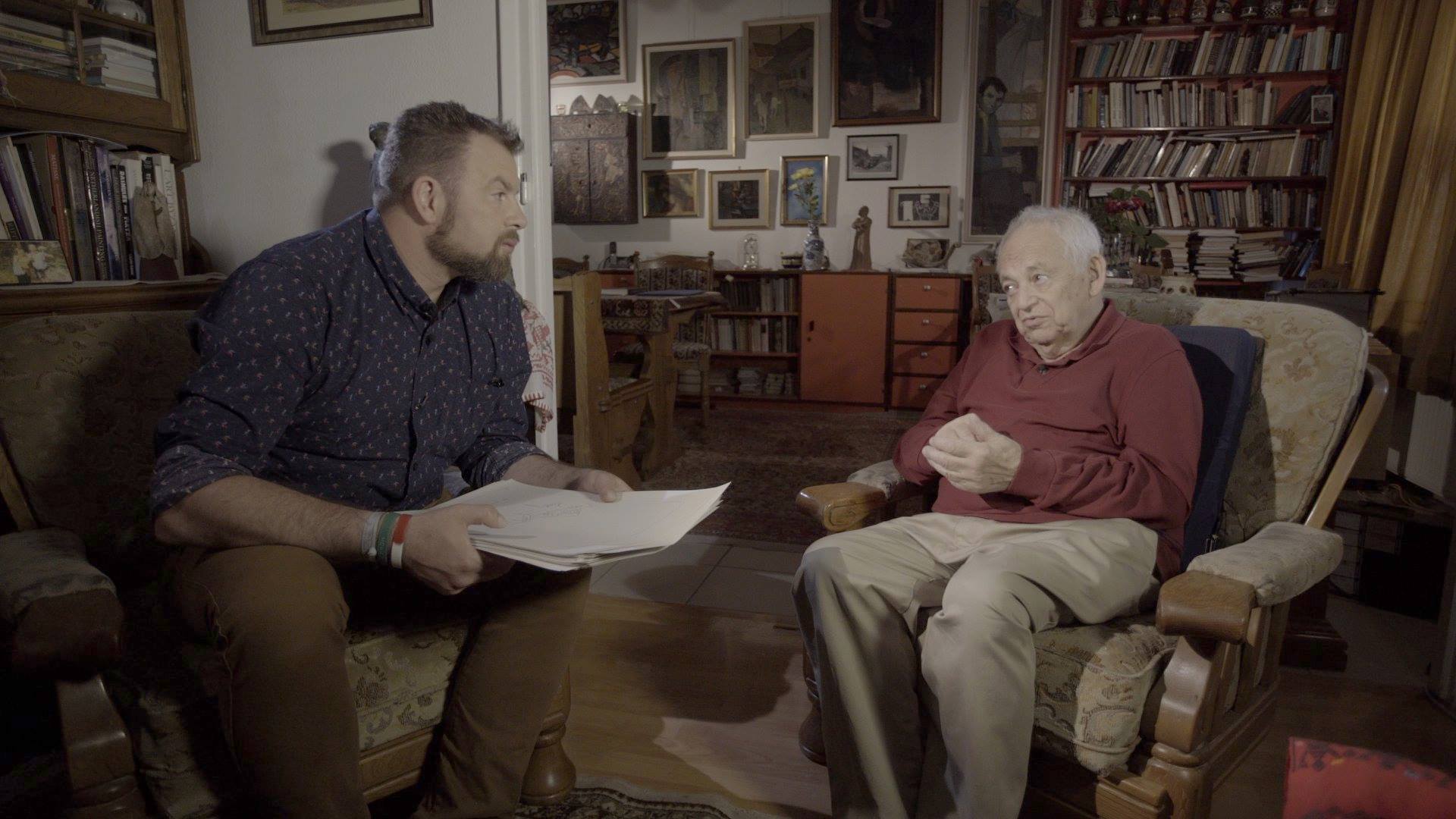 The film called Powiernik [Confidant] weaves together the histories of the Germans who fled from their homes and the Poles who replaced them after the war.Łukasz Kazek

On his journey, he has come across many fascinating and sometimes horrifying stories of ordinary people swept up in the tribulations of war.

Many of the items that he has found he has returned to their pre-war owners.

“I have met many fascinating people over the years. For me, their stories are the most valuable treasure, not the things they left behind,” Łukasz Kazek told TFN.

The stories that Kazek has gathered for the film include finding a pile of study books hidden in a wall, which he gave back to their pre-war owner, bringing to light a stash of pencil and ink drawings by a Hungarian Jew depicting scenes from the Holocaust, and uncovering endearing love letters sent by a young German from the front. 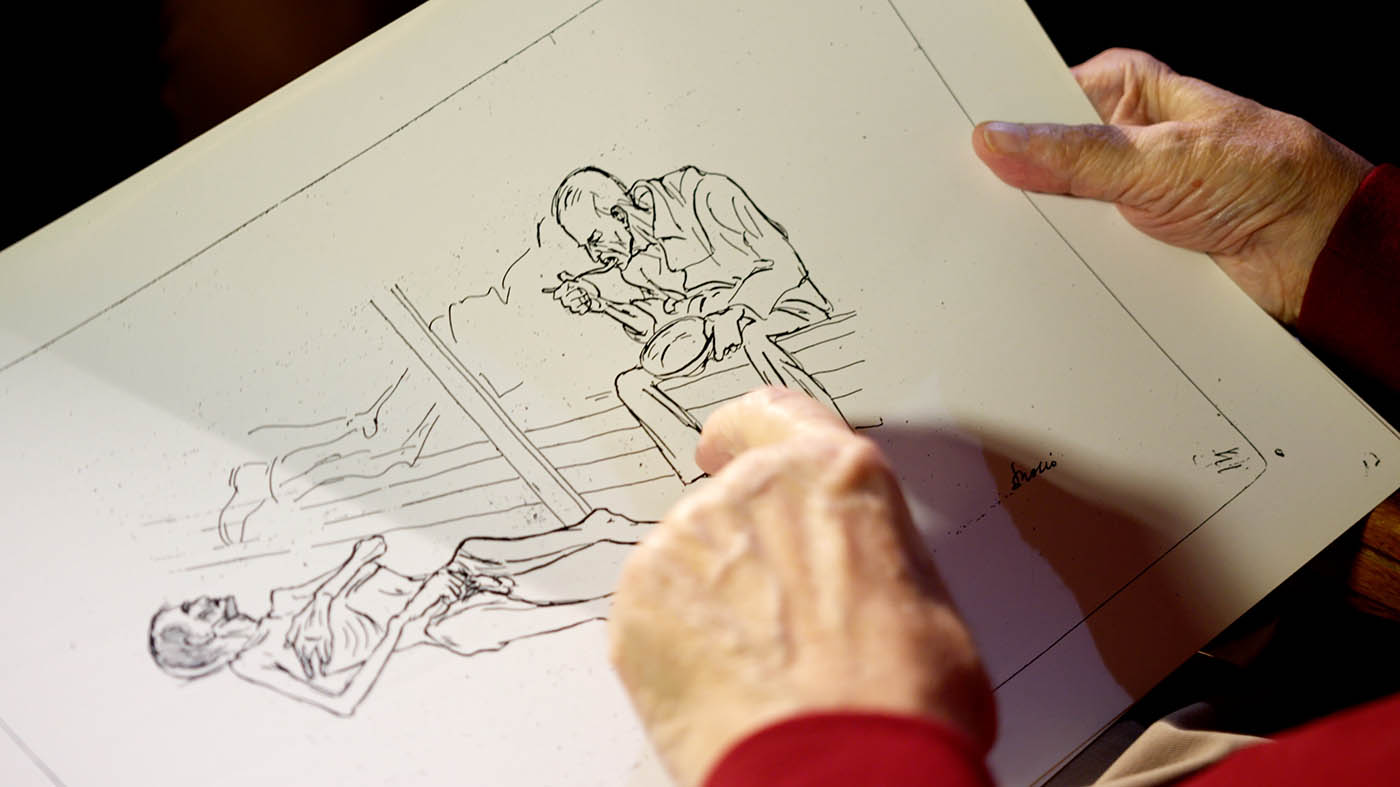 Among the treasures Kazek found was a stash of pencil and ink drawings by a Hungarian Jew depicting scenes from the Holocaust.Łukasz Kazek

He also uncovered the harrowing story of a Pole who the Gestapo hanged from a cherry tree for having a sexual relationship with a German woman.

Powiernik [Confidant] weaves together the histories of the Germans who fled from their homes and the Poles who replaced them after the war.

One of these Poles was Kazek’s grandfather, who arrived in the town of Walim, known as Wüstewaltersdorf up to 1945, after surviving the German extermination camp Auschwitz-Birkenau.

Kazek explained: “My grandfather arrived in Walim as one of the first Poles in Lower Silesia after the war. He had just come out of Auschwitz-Birkenau.

“Germans were still living there and he was assigned lodging in a house with Germans including vehement Nazis. He had no choice as there were few places to live. They had to live together for a year before the Germans were resettled in Germany.” 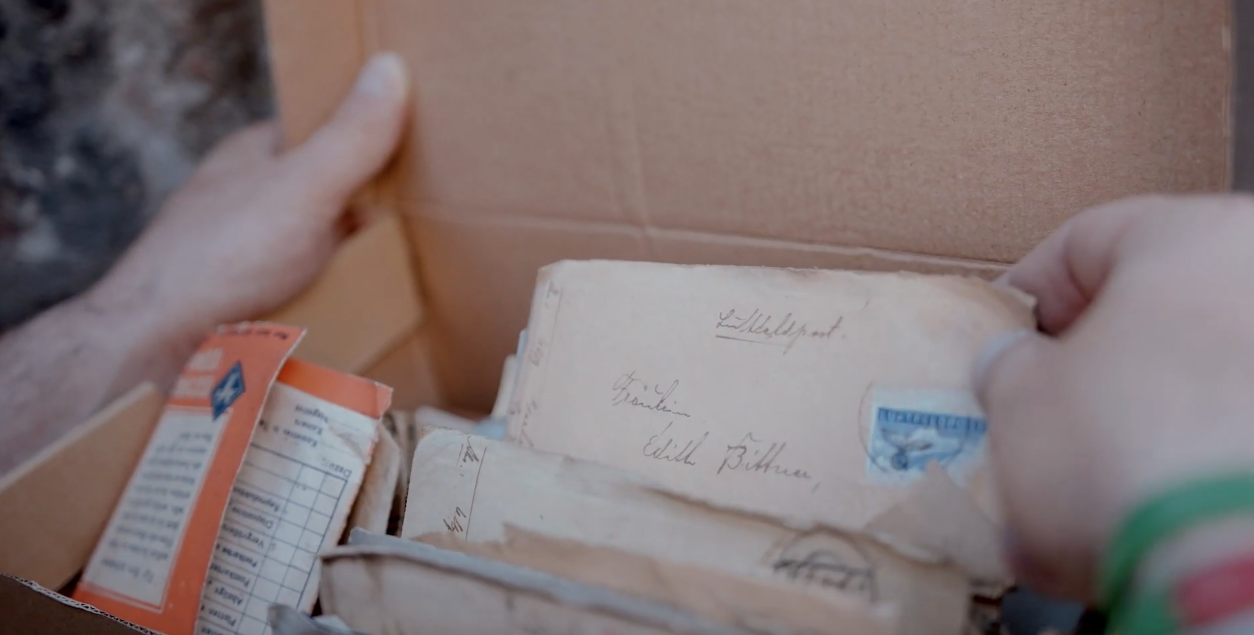 He also discovered letters between two lovers who were separated by the war.Łukasz Kazek

When the Germans left, Kazek’s grandfather saw how they started to hide banknotes, jewellery and documents in jars. He saw the methods they used to hide them.

It meant that after they left, he knew the kind of places to look, in walls, roof rafters and basements. He looked not just in the house where he lived but throughout the town.

In the difficult post-war conditions he made a living this way. Years later, he would show his grandson where and how to look.

The fleeing Germans hid their property carefully. For example, one time Kazek found a jar stuffed with thousands of Reichsmarks under a blackberry bush when he was working in a garden. 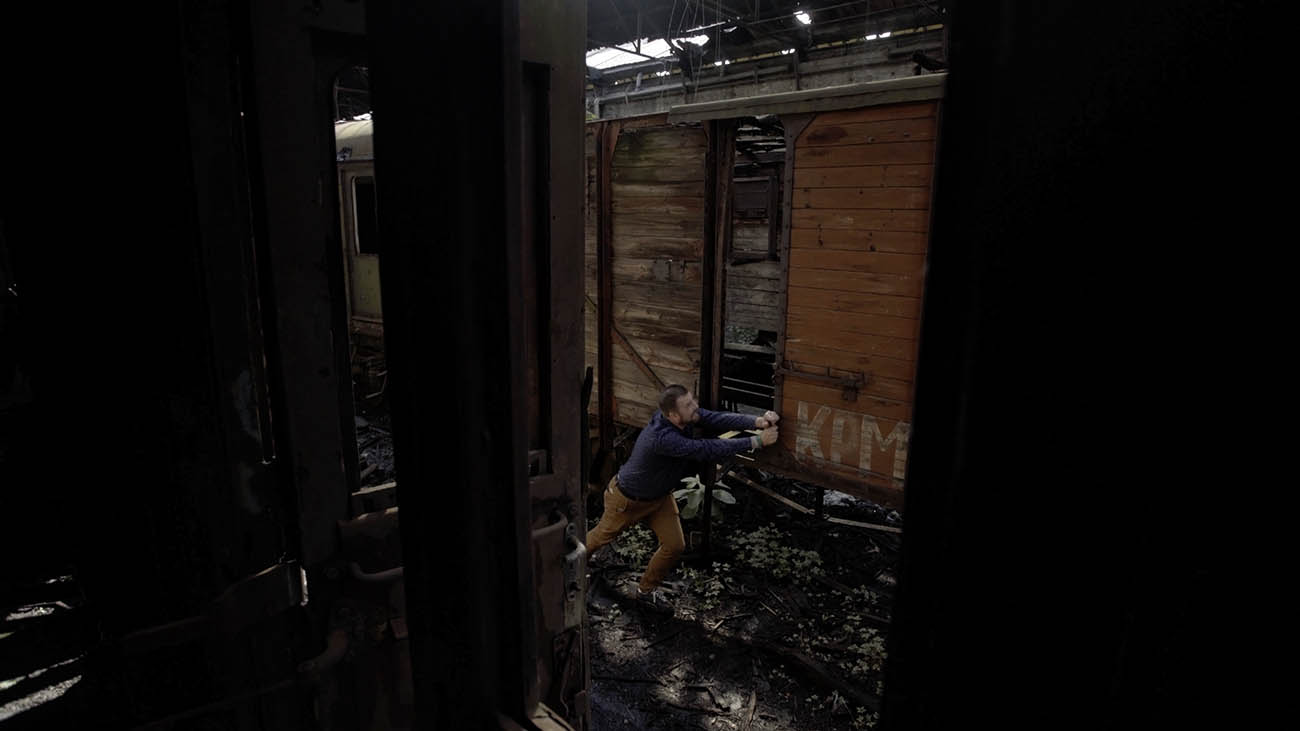 On his journey, Kazek has come across many fascinating and sometimes horrifying stories of ordinary people swept up in the tribulations of war.Łukasz Kazek

Kazek explained that they were hidden there because they knew the arriving Poles would not tear up the bush because they would want to eat the fruit.

“When I was younger I also found lots of these things when I was refurbishing houses. I have been gathering them and their stories for 20 years,” Kazek said.

One of the things he discovered were the letters of two lovers who were separated by the war.

“They were found when an apartment in Nowa Ruda (German: Neurode) was being renovated. They were written by a couple called Edith and Gerhard. I looked for them for a long time. 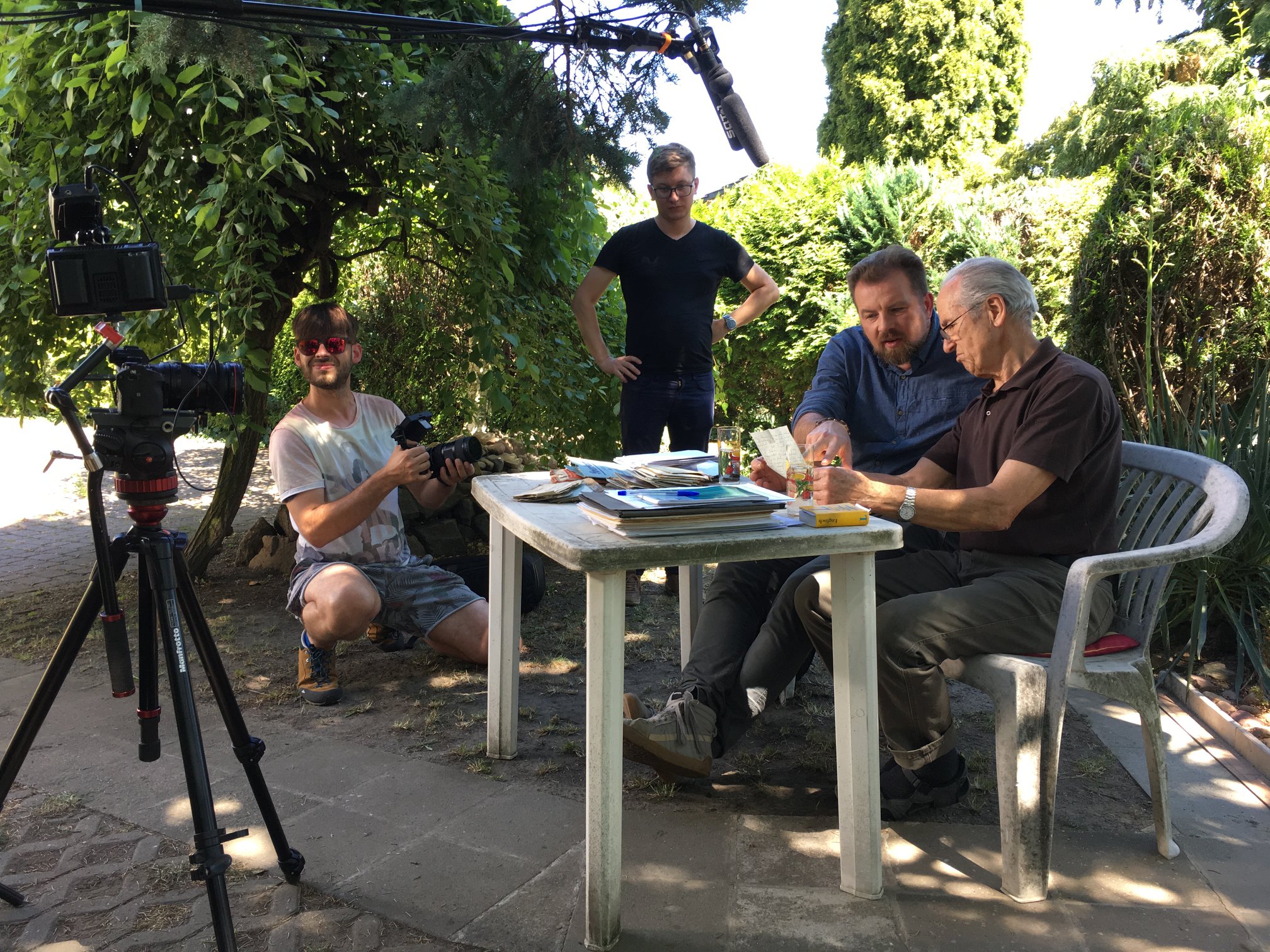 Kazek, along with film director and producer Mateusz Kudła, have now decided to tell these stories in a film which is to be released soon.Łukasz Kazek

“I managed to establish that he was called up and had to go to war. He was sent east. In June 1944, he was sent to the western front.

“I am still looking for Edith. She may still be alive and be about 95 years old,” Kazek said.

One of the most remarkable stories in the film centres on a Hungarian Jew and concentration camp prisoner Lajos Erdélyi. He was a prisoner alongside another Hungarian Jew Imre Holló, who created 49 drawings depicting the Holocaust.

“Holló witnessed scenes during his time at the Riese Dörnhau labour camp, which was a sub-camp of Gross-Rosen. 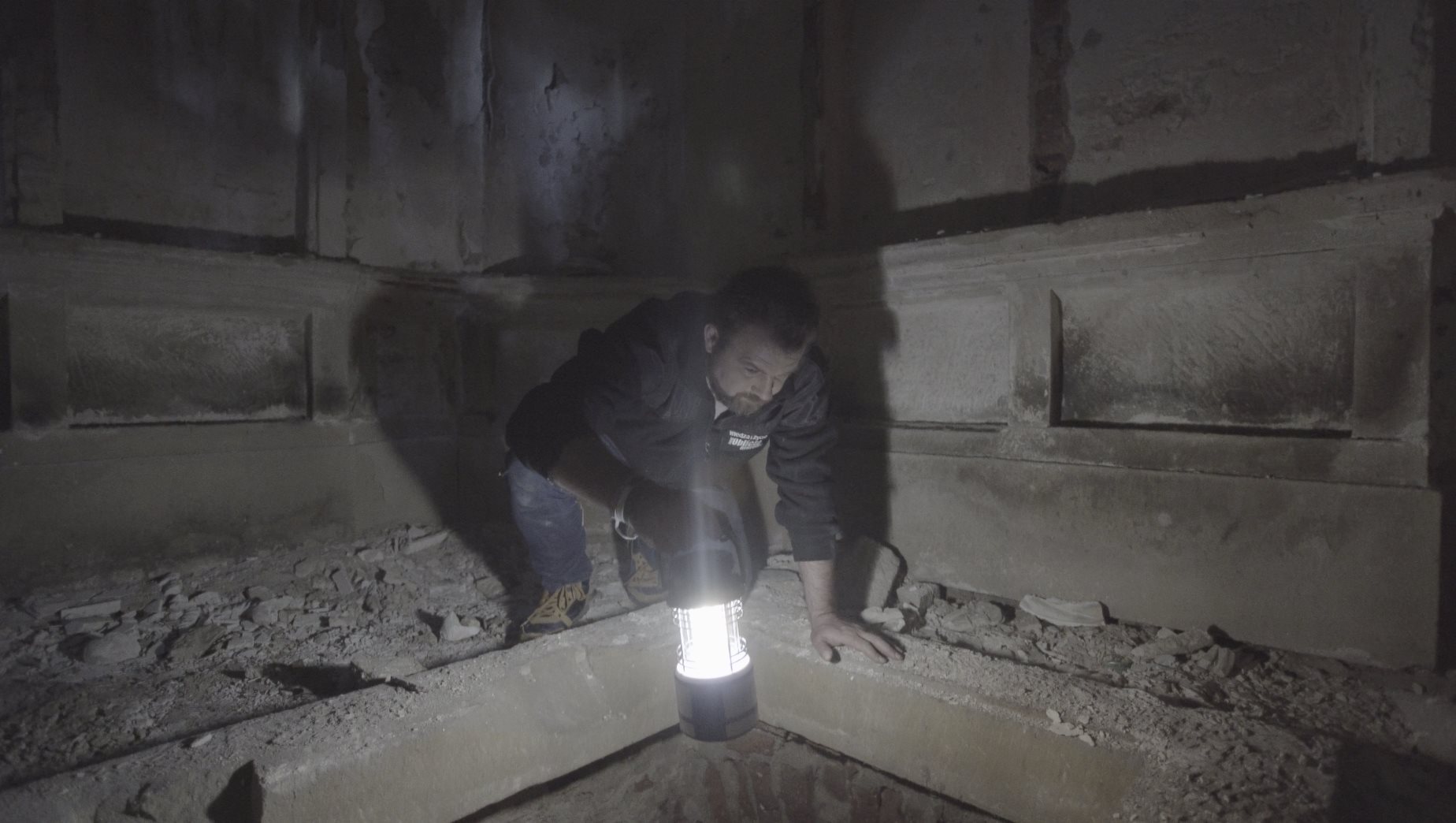 For Kazek, telling these stories is a mission. The film makers decided not to take a salary for their work.Łukasz Kazek

“The scenes he saw during the day he turned into images later the same day, like a visual diary,” Kazek said.

“They depict the hellishness of the camp and he painted them on scraps of material that he found at the carpet factory where the camp was located.

“He hid them in mattresses for prisoners suffering from typhus because the Germans were afraid of being infected with the disease,” he added.

The drawings were in a museum in Budapest but Erdélyi’s dream was for them to be seen in or near the camp in the Owl Mountains near Wałbrzych. 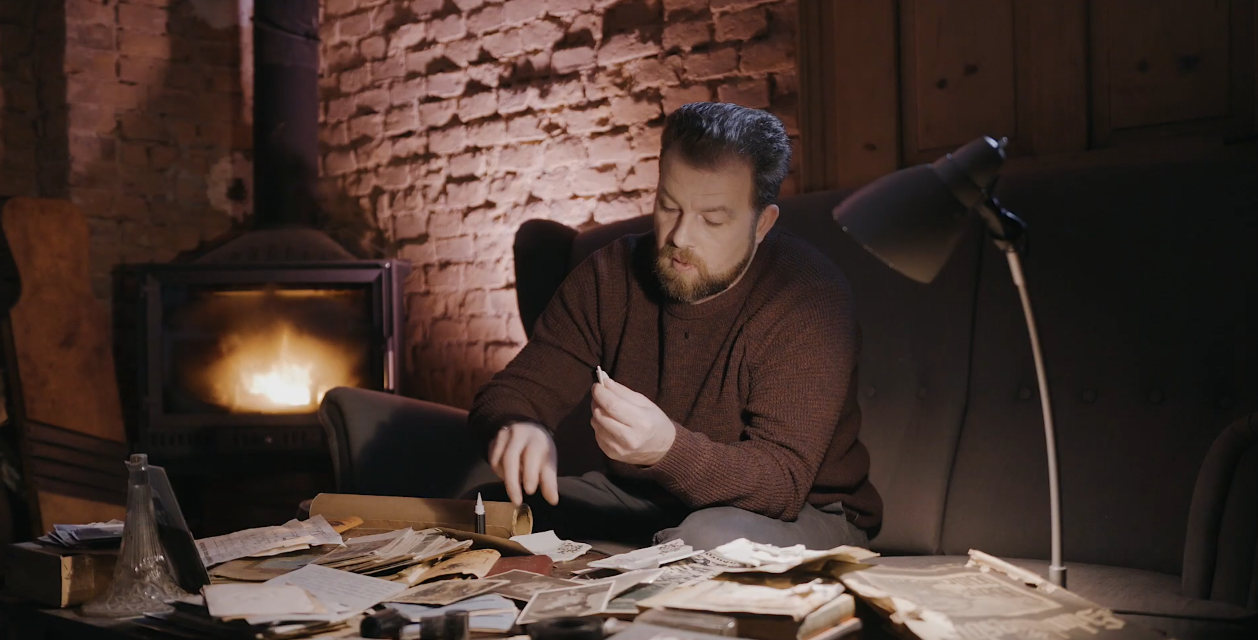 Kazek told TFN: “I have met many fascinating people over the years. For me, their stories are the most valuable treasure, not the things they left behind.”Łukasz Kazek

The film tells the story of how Erdélyi’s dream came true when copies of the drawings were hung in a permanent exhibition in Walim.

Perhaps the most harrowing story in the film is that of the Polish forced labourer who was hanged for sexual contact with a German woman in Jordansmühl, today’s Jordanów Śląski.

Two Polish men had started relationships with two local German girls, which was strictly forbidden by the German authorities.

Kazek described the story: “A local German informed on them. The girls had started the relationships because their husbands were away at the front.

“The girls were questioned by the Gestapo, but the father of one of the girls knew that his daughter would not last more than a day of questioning. Therefore, he contacted the Polish men and gave them false papers and money to get as far away as possible. 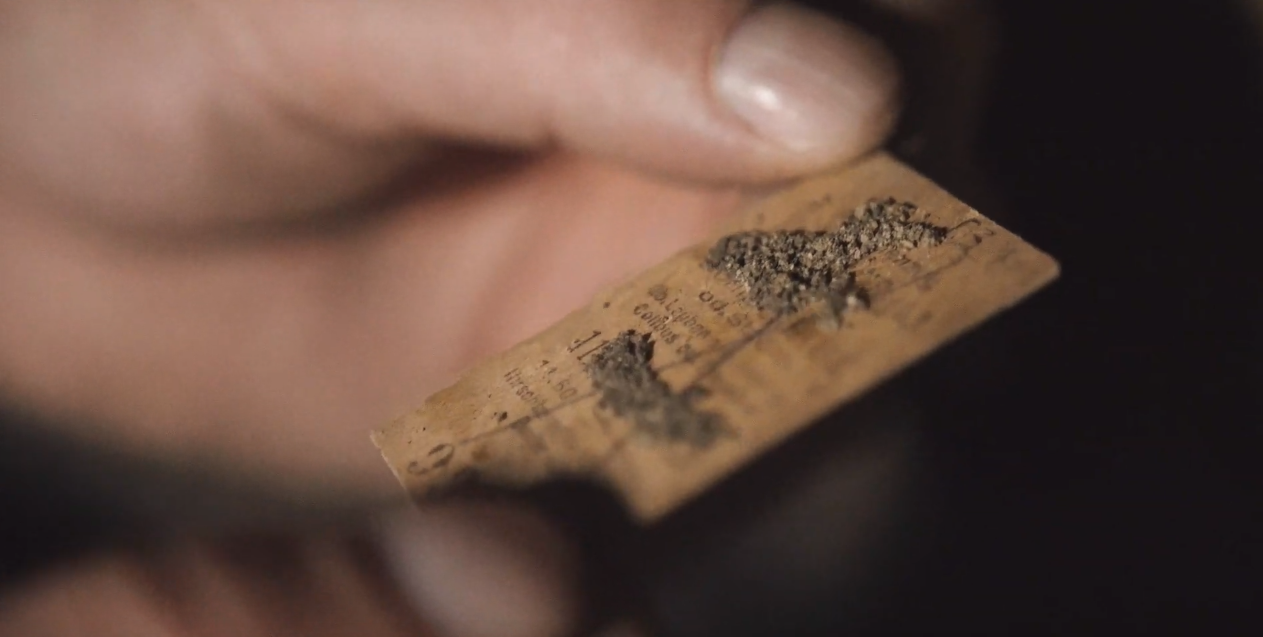 On his journey, Kazek came across many fascinating and sometimes horrifying stories of ordinary people swept up in the tribulations of war.Łukasz Kazek

“They were caught. They hanged one in the town in a public execution so that everyone could see. They beat him badly but just enough so they he wouldn’t lose consciousness. The man I interviewed for the film saw everything.”

For Kazek, telling these stories is a mission. The film makers decided not to take a salary for their work.

The money they have collected to make the film from crowd-funding and other sources has gone entirely on its production.

Kazek and Kudła have one more scene to film in Germany, which has been postponed due to the coronavirus lockdown; however, the planning to show their film at festivals in the autumn, with the premiere to be held in the Owl Mountains.