One for the books: how Kraków became the reading capital of Poland

When Europe’s oldest existing bookstore ceased operations in 2017, it served only as to further underline the global crisis effecting print media. Founded in 1610 by a German merchant who had been made an honorary citizen of Kraków, for four centuries the Rynek’s historic Kromerowska tenement had specialized in the written word, most recently under the patronage of the Matras chain. Having hosted such luminaries as Carlos Fuentes, Clive Cussler and Amos Oz, its closure caused headlines across the city with the news widely reported further afield across the nation.

Yet for every defeat there has been triumph, a point highlighted by the rich spread of independent bookstores that have flourished around town. Of these are approximately thirty antiquarian or second-hand shops, among them Massolit, a store recognized by bibliophiles as one of the finest of its kind in Central Europe. 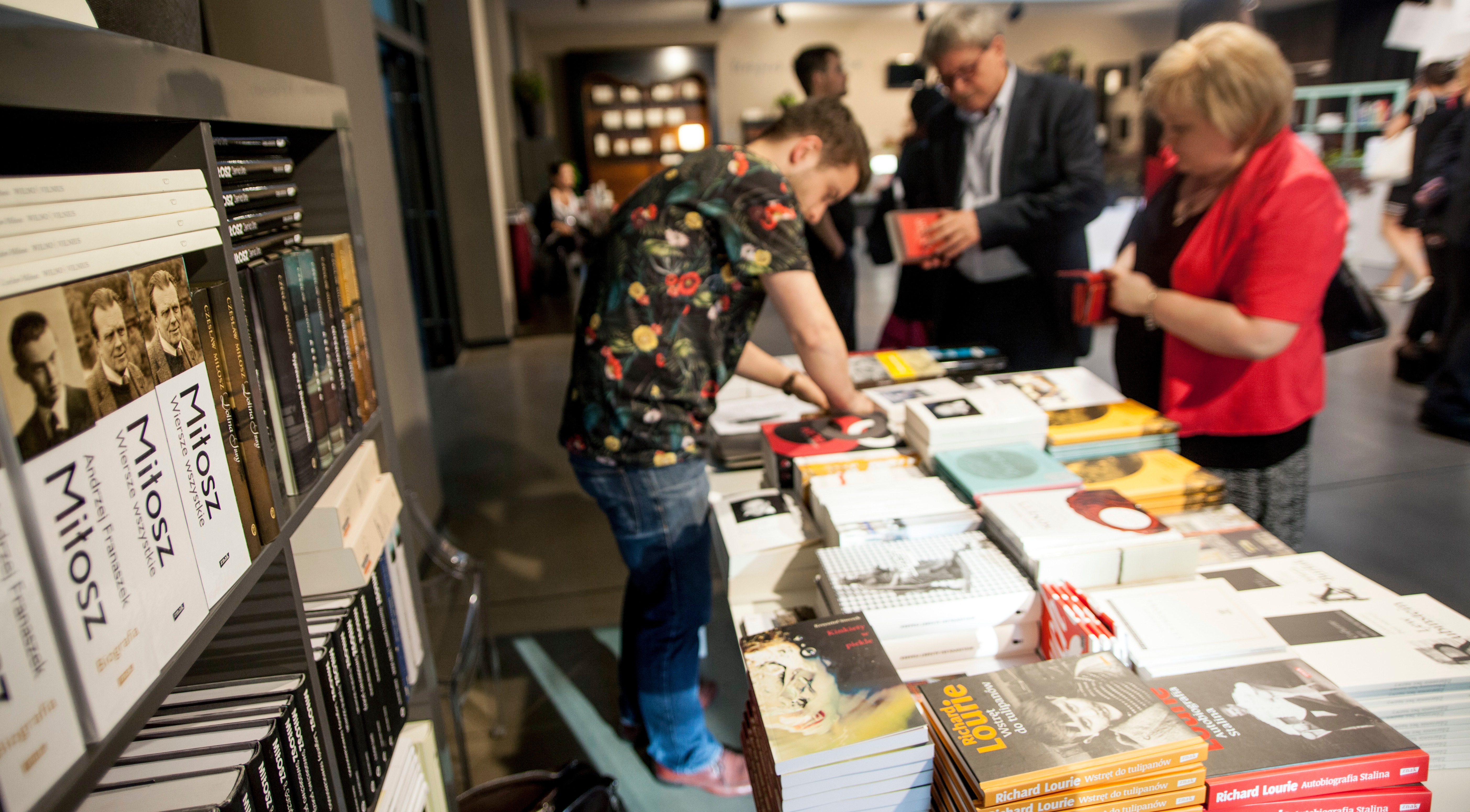 Book fans have a blast at the Milosz literary festival.Tomasz Wiech

Founded in 2002 by a trio of Americans, this bookstore-café has since embedded itself in the city’s cultural psyche, with its creaking rooms groaning under the weight of 20,000 used English-language books: running from the challenging and heavyweight to best-selling fiction. It’s offer knows few bounds – here, works covering gender studies, topics of Jewish interest, and radical thinking share space with dog-eared classics and yellowing albums.

Soaking in the artsy ambiance of bookish bliss is a crowd that feels democratically split between local Poles, expats and tourists. And with the aroma of freshly-brewed coffee merging with the pungent scent of aged, musty paper and a continuous soft background murmur of hushed international accents, Massolit presents an intoxicating atmosphere that seduces those who visit. Having survived a smoke bomb attack by thugs looking to disrupt a feminist meeting, as well as early local rumours that they were a front for a Christian cult, it has grown to embody everything glorious about second-hand bookshops, whilst at the same time finessing a cultural agenda that has cemented its status in local legend – to be here is to feel part of the city’s artistic soul. 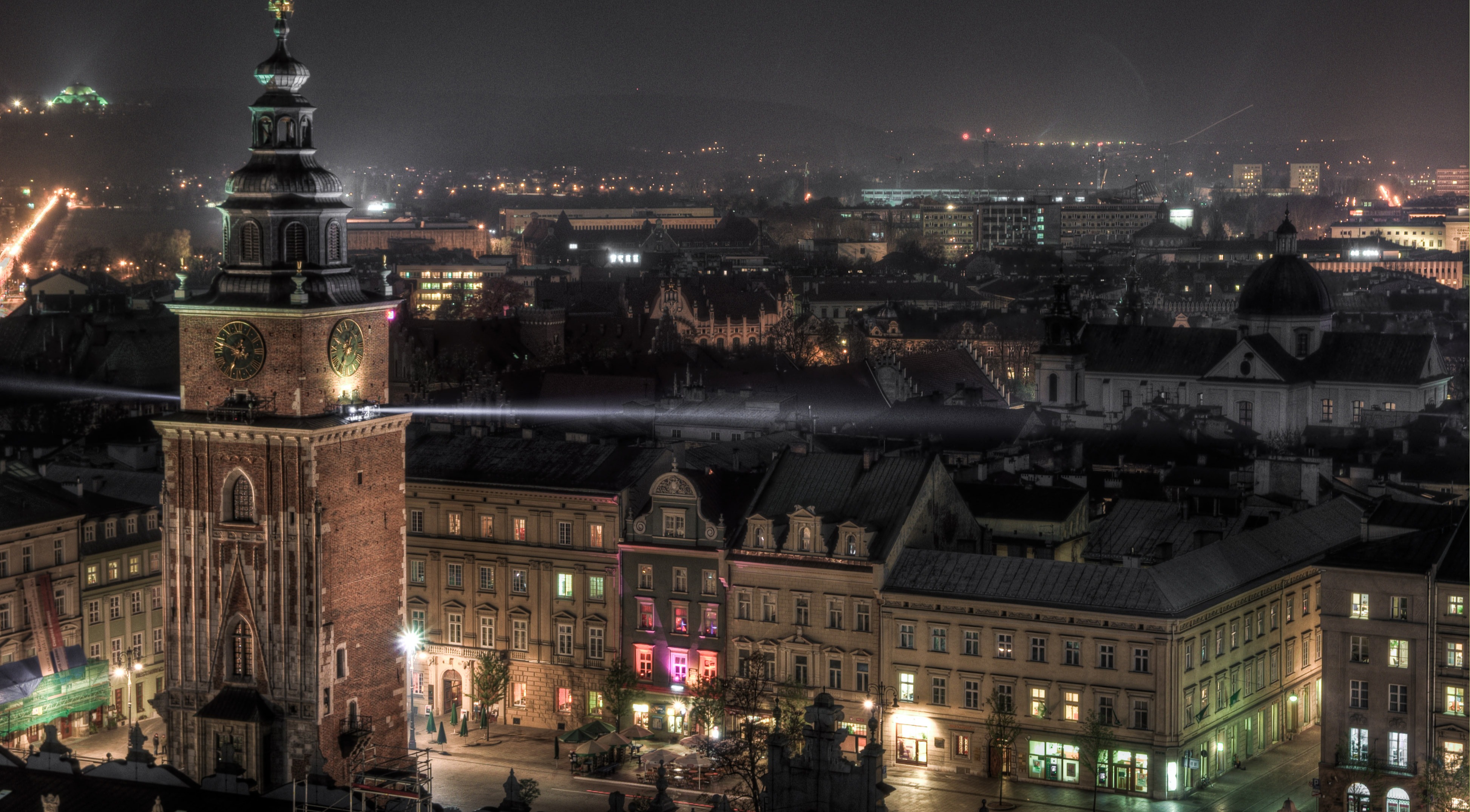 In 2013 Kraków became the eighth urban centre to be named by UNESCO as a City of Literature.Piotr Krochmal

Revered as Massolit is, its success is just a chapter in a far wider story that has seen Kraków establish itself as a globally important centre of literature – something officially ratified in 2013 when it became the eighth urban centre to be named by UNESCO as a City of Literature. Of the 10 reasons cited in their application for inclusion on the UNESCO list, the case rested by the city’s campaign committee signposted Kraków’s role as the country’s cultural capital, its internationally acclaimed academic reputation, the number of annual literary festivals and the town’s long-running habit of producing and attracting both authors and poets.

“From way back Kraków has been associated with the biggest names in Polish literature,” says Szymon Kloska of the Krakowskie Biuro Festiwalowe, “and practically all of the most prominent 20th-Century Polish writers have been closely tied to the city – even now, we’ve seen new literature develop intensely here over the last three or four years.” 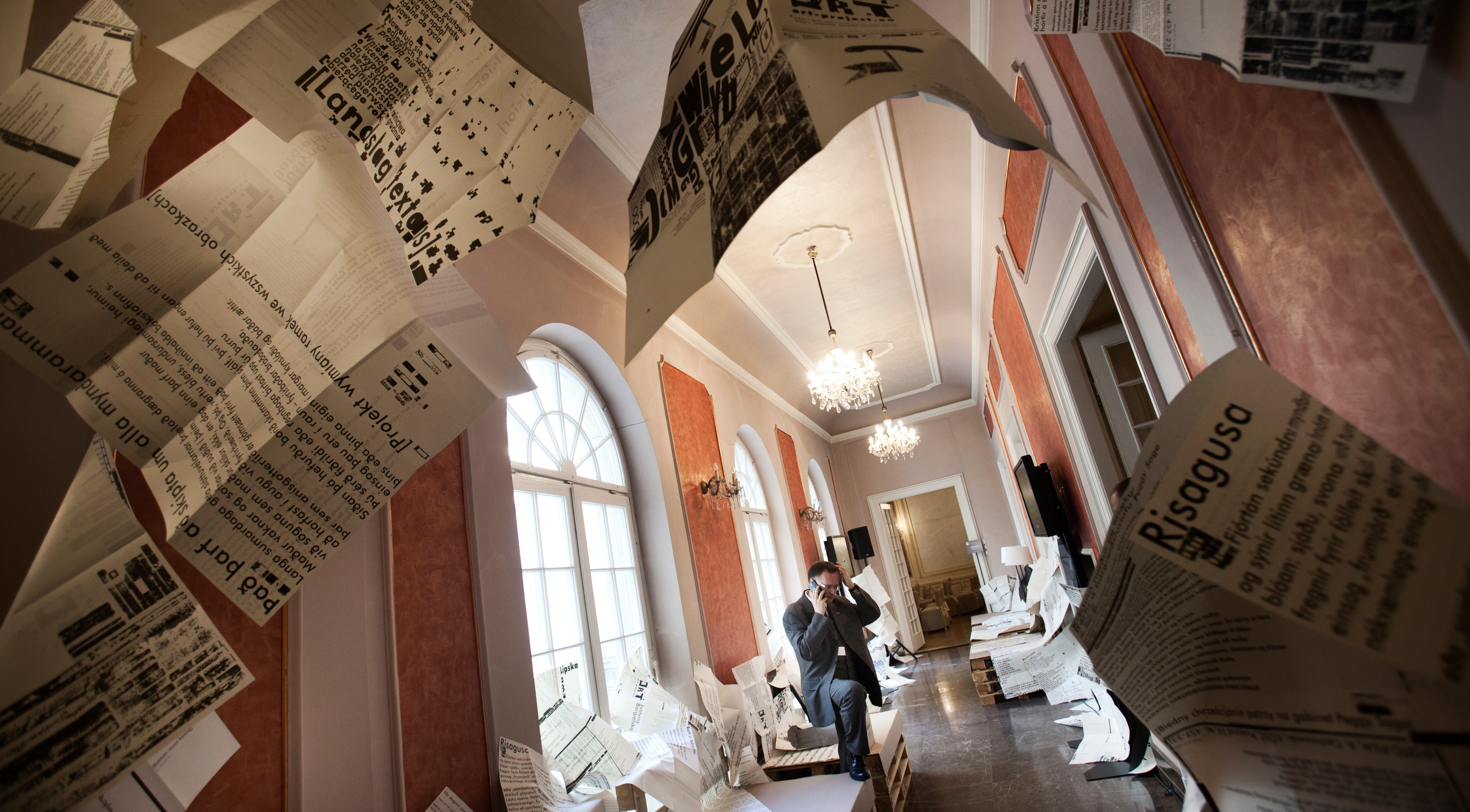 The Conrad Festival is one of the city’s annual events.Grzegorz Ziemianski

A result of this the city has seen a boom in local literary tourism that, arguably, was first born from the global success of Thomas Kenneally’s Schindler’s Ark and its subsequent iconic translation to screen courtesy of Steven Spielberg. But whilst these Schindler tours have become quite impossible to pass, others too have found themselves cresting in popularity, in part thanks to the concerted and thorough efforts of Reading Małopolska, a bi-lingual website with detailed trails following in the footsteps of the likes of Czesław Miłosz, Sławomir Mrożek, and Jerzy Turowicz, as well as others set around criminal fiction and modern reportage. A firm departure from any anticipated dullness, it’s a site that revels in revealing the quirky and obscure: where sci-fi hero Stanisław Lem is concerned, fans are regaled with an anecdote of how he fell asleep on a date at the Philharmonic, or else directed to the concrete carbuncle that is the Forum Hotel – here, we are told, the celebrated author of Solaris kept a mailbox and would arrive to collect international magazines and newspapers in a canary yellow Mercedes bought in West Berlin. Engaging in its depth, the amassed trivia is outstanding in its scope. 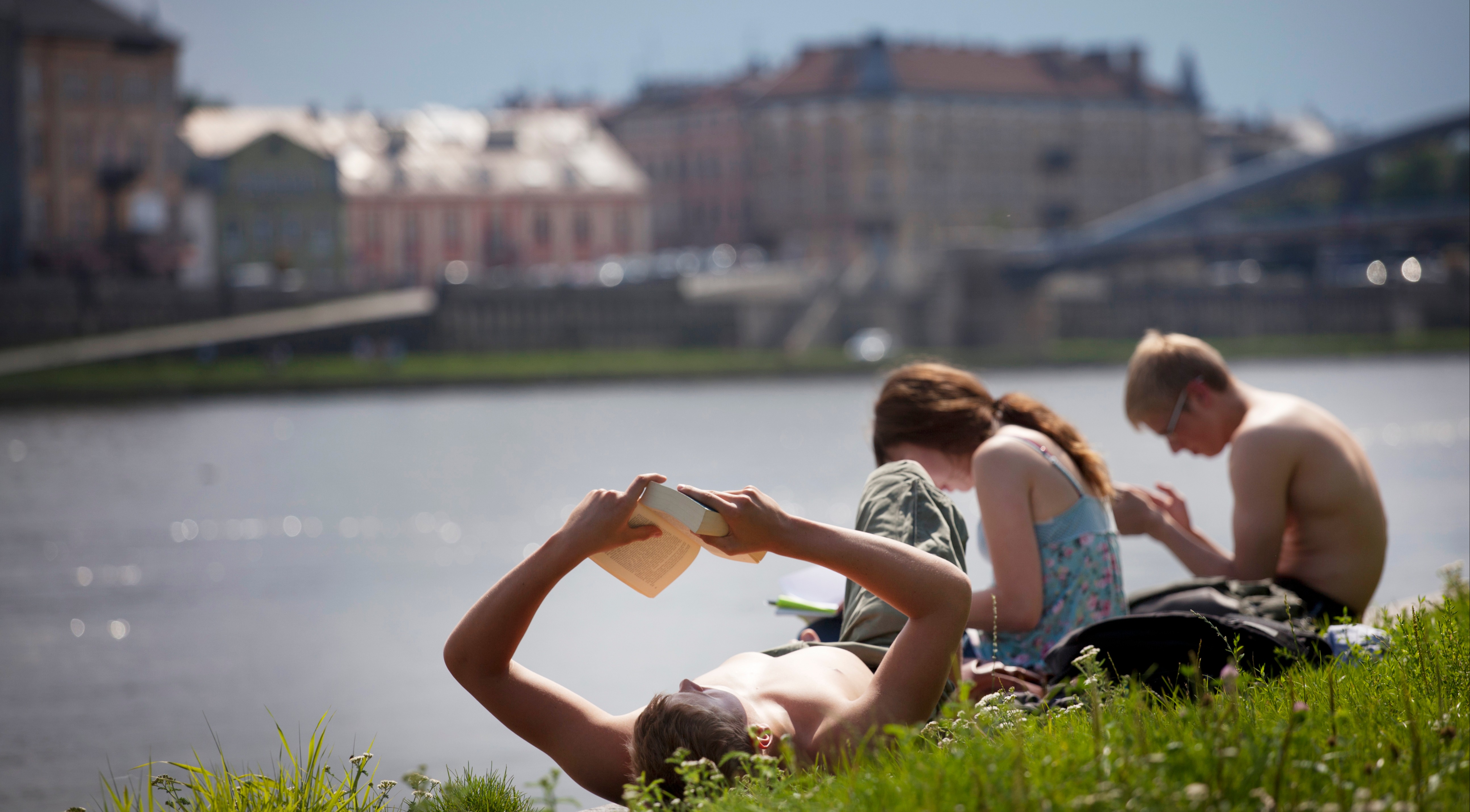 Kraków has played home to some of the country’s leading authors.Grzegorz Ziemianski

Enjoying a revival in international interest, Lem – who died in 2006 and lies buried in Kraków’s Salwator Cemetery – has been spotlighted as being central to the city’s ongoing efforts when it comes to international literary recognition.

“For quite some time we’ve focused on educational programmes and festivals,” says Kloska, “but over the past year-and-a-half we’ve been looking to develop a new strategy centred around our country’s most translated writer: Stanisław Lem.”

Aiming to build a Centre of Literature titled in honour of Lem, the mooted institution would serve as an umbrella under which the city’s numerous literary events would be held as well as a permanent home to a number of NGOs involved in the literary field. 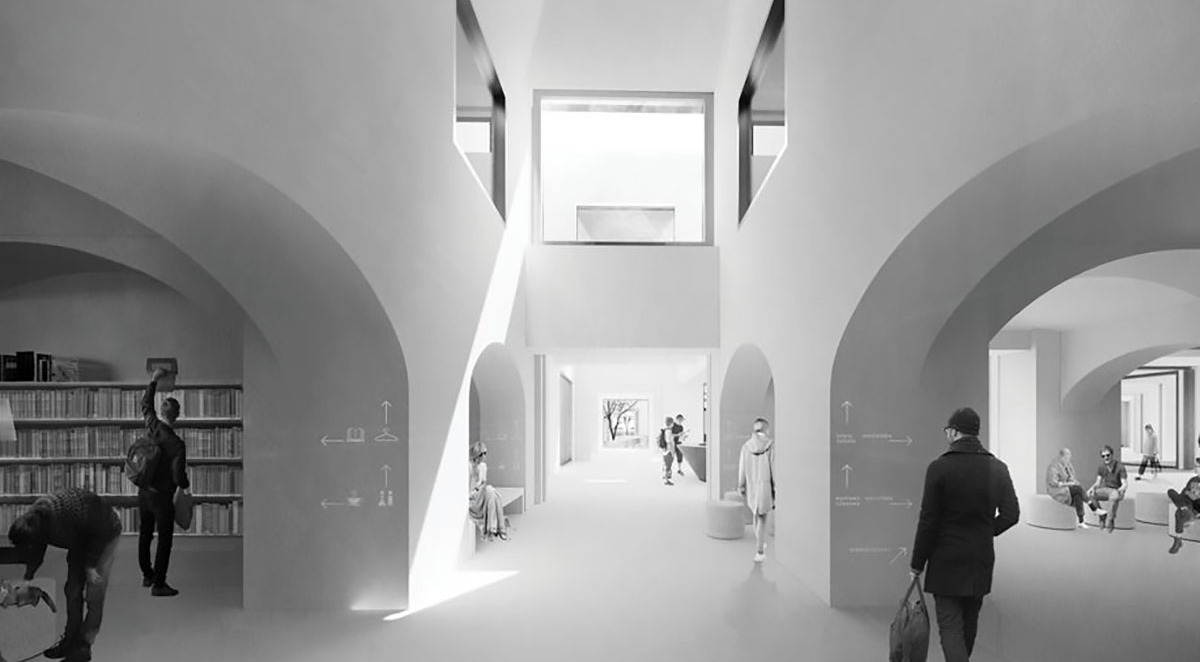 The planned Lem Centre of Literature will add another dimension to the city’s cultural delights.JEMS

“There’s been talk of such a project for years,” says Kloska, “but until recently nothing had really happened. This spring, however, we saw the competition for its construction finally resolved and we expect to reach a conclusion regarding its final design by the end of this year.”

“Originally,” continues Kloska, “we’d hoped the centre would open in 2021 – clearly, that’s not going to happen, but 2023 is looking realistic. Most importantly, we know we’re finally getting somewhere.”

If anything, this is something of an understatement. When eventually completed, the realization of this centre is expected to take Kraków to the next level and will rival similar such projects found in only a few select countries such as Spain and the UK. 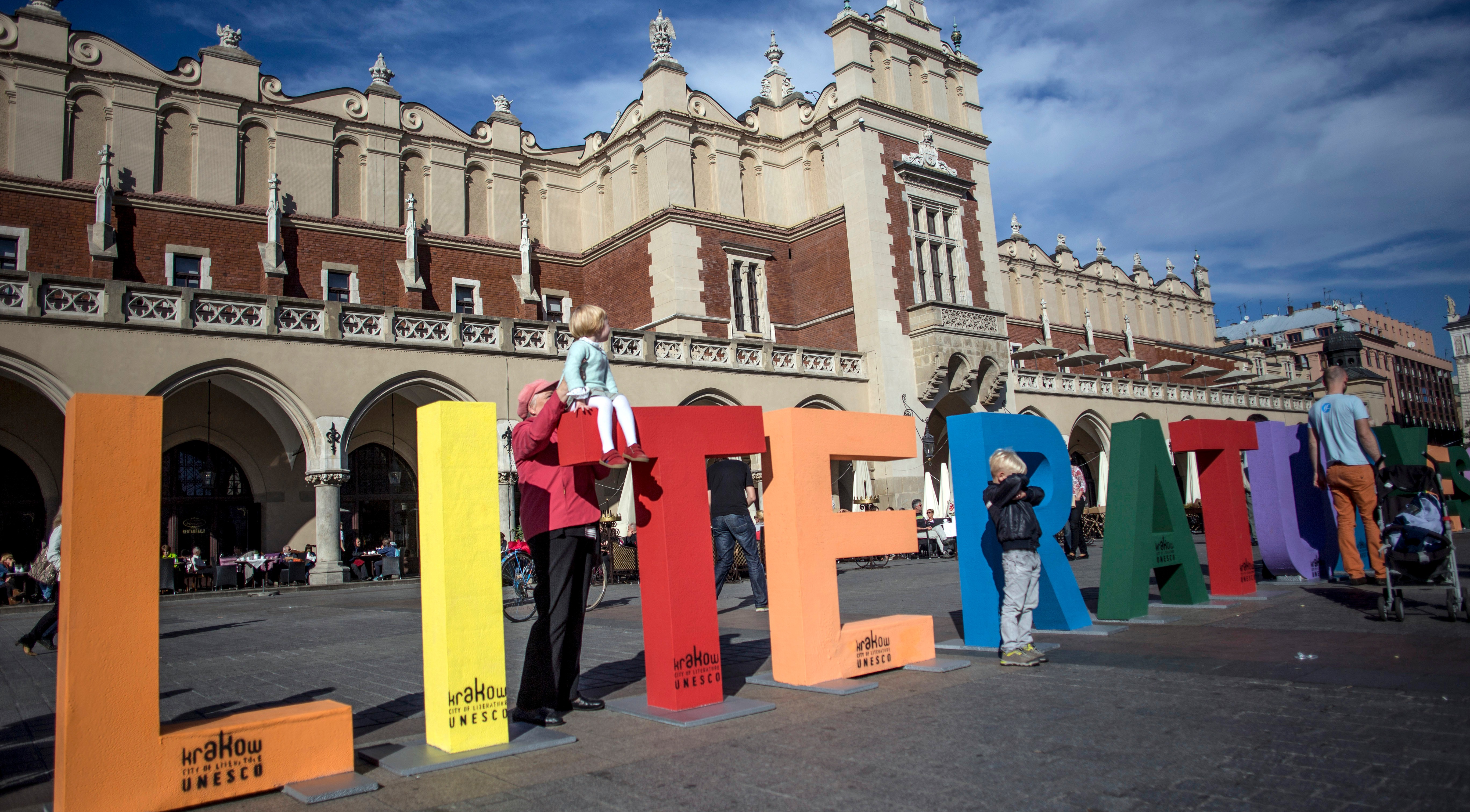 “From way back Kraków has been associated with the biggest names in Polish literature,” says Kloska.Tomasz Wiech

“This would be a multi-functional literary institution with, quite simply, no comparison in Poland,” says Kloska. “It’s quite ridiculous to think that a UNESCO City of Literature doesn’t have a space devoted to literature, so you could say the genesis of our idea lay in the need to provide a place for all the ‘homeless’ literary events and initiatives that currently rely on rented facilities – further, by using Lem as the figurehead and by having exhibitions related to him and his work, we hope to open doors to a whole new audience.”

The value of such a centre is not to be underestimated. Home to numerous cyclical events such as the Children’s Book Fair, the ongoing Milosz Festival (this year featuring appearances by, among others, Lithuania’s greatest living poet, Tomas Venclova, British poet laureates Simon Armitage and Denise Riley, and best-selling Bosnian novelist Ferida Duraković), and the Conrad Festival, ak.a. the largest literary event in Central Eastern Europe, it is a city the leads the entire geographical region when it comes to reading. With the completion of the so-called Planet Lem, it’s a status that will become unassailable.