She was the diminutive star of the interwar Polish stage, a singer whose emotive voice brought Russian generals to tears. Little did she realize at the time, that particular performance would spare the lives of thousands of her compatriots.

Her name was Zofia Terne, and she was one of a number of entertainers who formed The Polish Parade, a performing arts troupe within Anders’ Army that will celebrate 80-years since its formation this year. 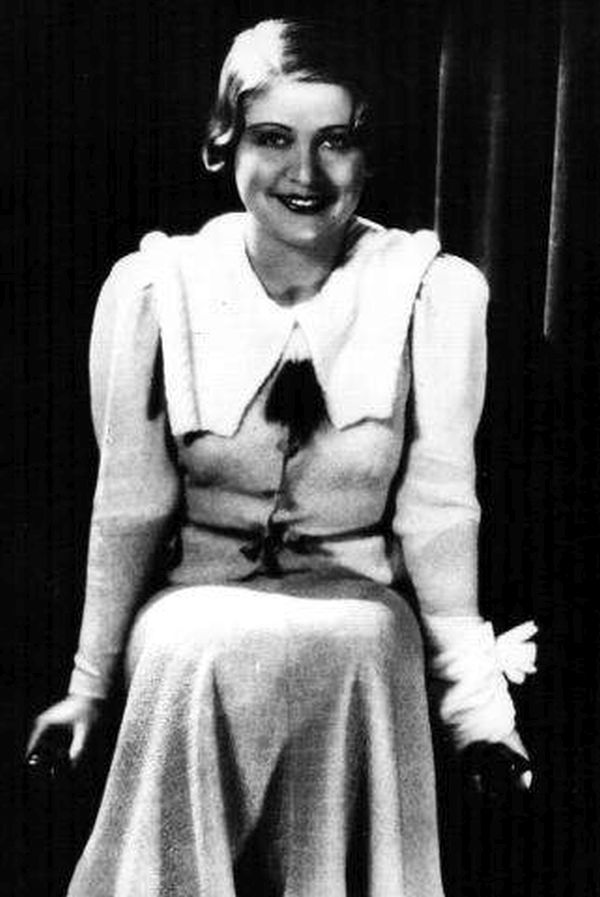 Zofia Terne’s melodic voice captivated a group of Russian generals to the extent that they pledged the immediate release of 3,000 Polish POWs.bibliotekapiosenki.pl

Short of stature, Terne was a talented singer who compensated for her lack of height with her powerful voice. Invited by General Anders to a high-level diplomatic dinner in 1942, she was accompanied by pianist and composer Alfred Szütz and instructed to take care of the atmosphere.

Shortly after delivering an emotionally charged performance, the Russian generals with whom Anders had been meeting, among them General Zhukov and Colonel Wołkowski of the NKVD, informed Anders of their decision to release 3,000 Polish prisoners of war. Anders later recalled that the power of Terne’s voice played no small part in influencing this decision. 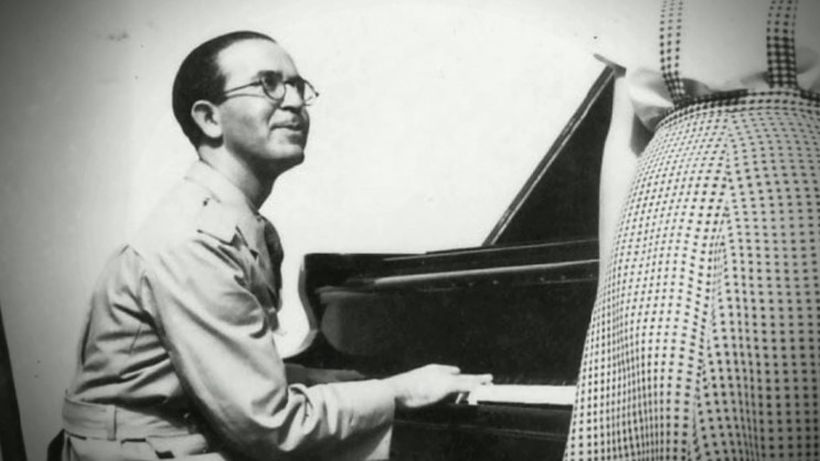 “Do you have any idea what you’ve managed to achieve today?” General Anders asked her afterwards. “Thanks to you 3,000 Polish prisoners of war will be released from Soviet captivity!”

Szütz, too, would go on to attain widespread recognition. A talented pianist and composer in pre-war Poland, he went on to pen one of the best-known Polish military songs of World War II, The Red Poppies of Monte Cassino.

Szütz and fellow artist Feliks “Ref-Ren” Konarski had been performing for the 23rd Transport Company at the nearby town of Campobasso when, influenced by the fighting nearby, Konarski was sufficiently inspired to write some lyrics. On waking, Szütz composed the music in under two hours after reading what Konarski had written. 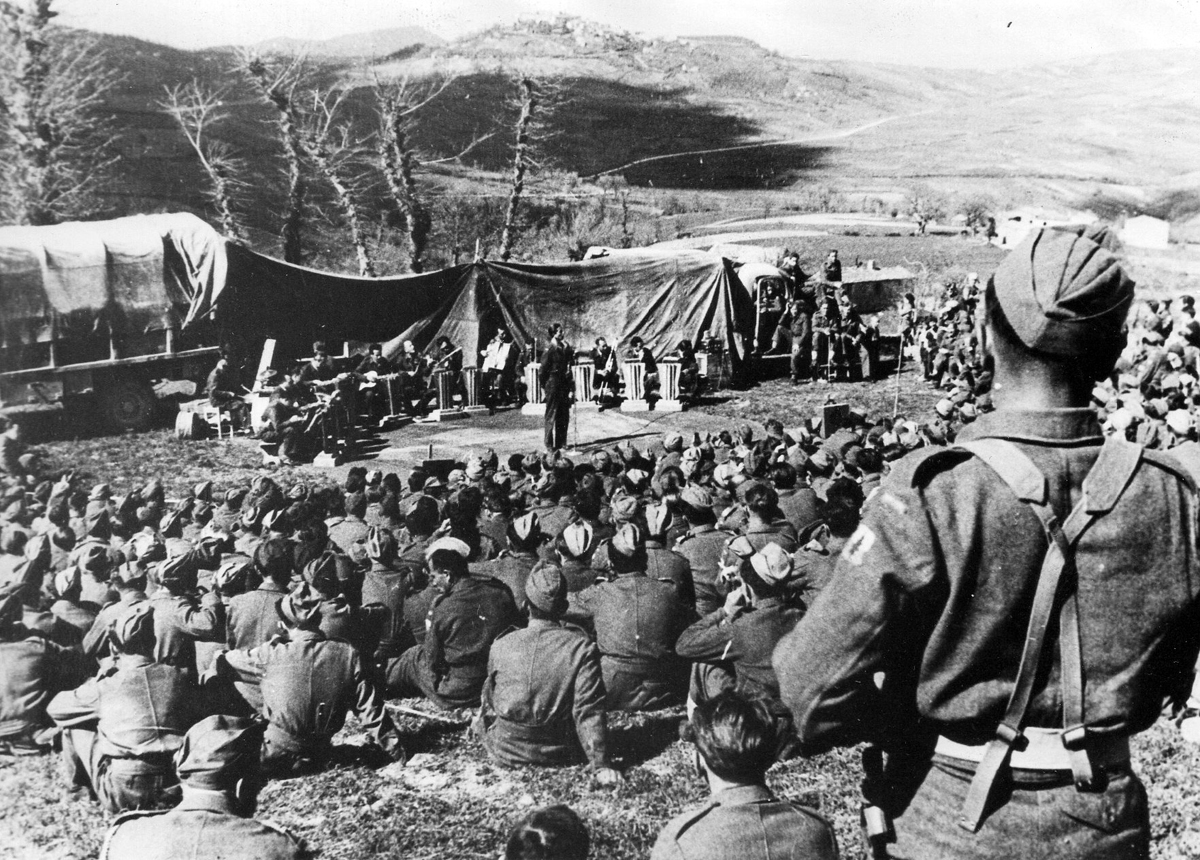 Szütz and fellow artist Feliks “Ref-Ren” Konarski are credited with writing The Red Poppies of Monte Cassino, performed here for the first time after the citadel fell.Public domain

Their timing was impeccable; the following day Polish armed forces finally captured the German stronghold at Monte Cassino. Composed only the night before, the pair’s anthem was performed by Szütz’s 40-man orchestra and sung by Gwidon Borucki at Anders’ HQ.

These instances, however, form just a small part of the wider legend that surrounds the artists of Anders’ Army. Taken together, their story is one of resilience, courage and determination. 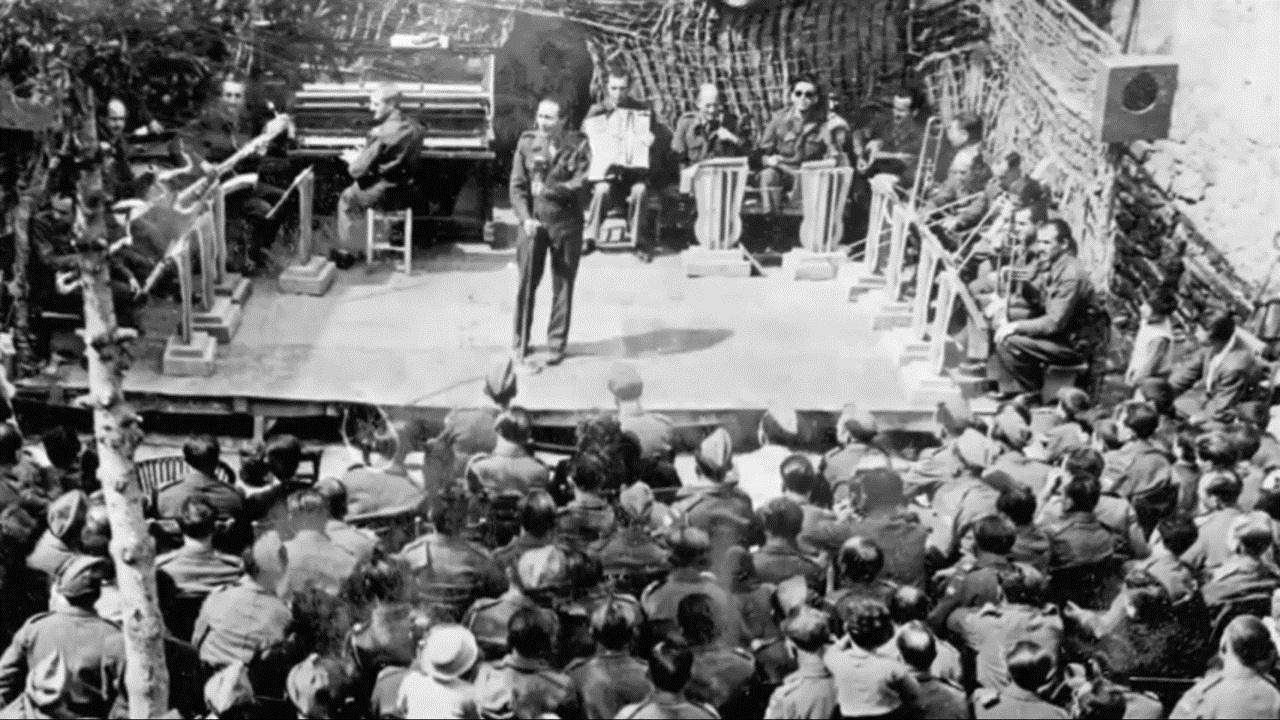 Konarski (pictured) wrote the lyrics of The Red Poppies of Monte Cassino the night before the Germans finally capitulated.Public domain

Unable to perform in Poland, where the occupying Germans did their best to quash any form of artistic expression, many entertainers fled to Soviet-controlled Lwów. Organized into small groups, they performed in Polish to appreciative audiences and often found themselves sent into the furthest depths of Russia to deliver morale boosting performances.

It was on the train back from one such trip in 1941 that a group of twelves actors and soloists from Feliks Konarski’s Theatrical Jazz group had a chance encounter with a Polish Gendarme Sergeant at a train station in what is today’s Kazakhstan. 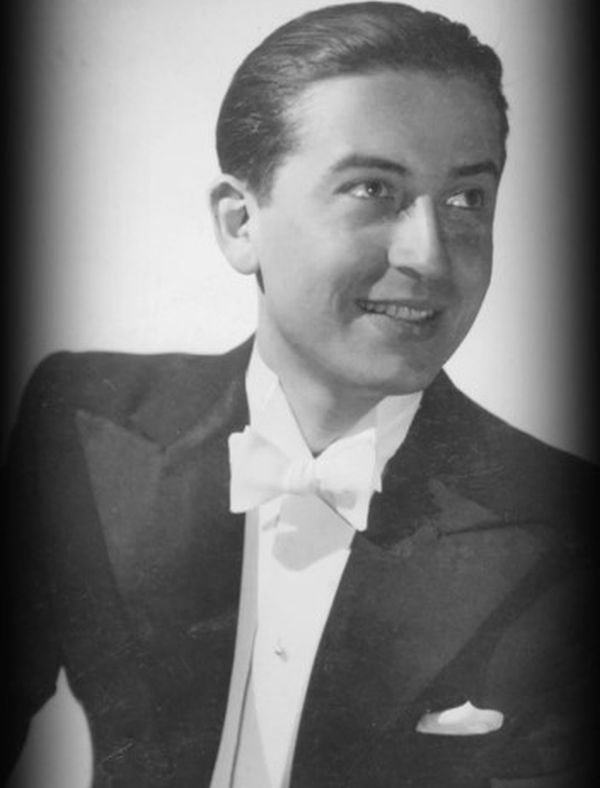 The song was sung by Gwidon Borucki who performed alongside a 40-man orchestra.Public domain

Noting the Polish eagle on the officer’s cap, they fell into conversation and learned of an army that was being put together by General Anders. They and other performers had no hesitation in joining this nascent unit.

It was once enrolled in Anders’ Army that Konarski and his colleagues joined together with the group of Henryk Wars, a prolific Polish musician and composer known as the King of Jazz, and other smaller bands of artists, to form one large performing arts group, The Polish Parade. Among the established big names were stars like Sława Ney, Paweł Prokopieni, Ludwik Lawiński, Nina Oleńska and Renata Bogdańska (later to become Irena Anders). 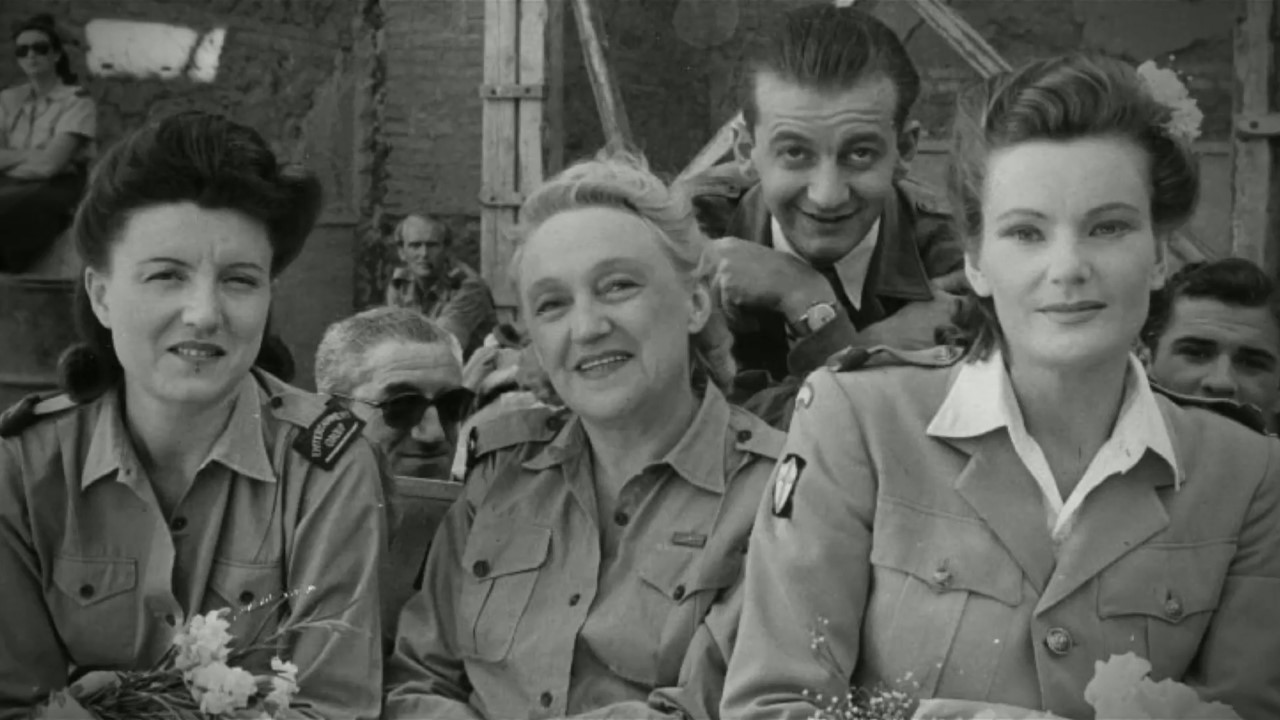 The artists played a vital role in keeping morale up. In this photograph, Henryk Wars is positioned at the back, and Irena Anders on the right.Public domain

The newly formed Anders’ Army spent Christmas of 1941 stationed in underground bunkers in a bid to escape temperatures that frequently plummeted to -45 degrees. On a makeshift stage set up on assorted lorry floats, it was in these conditions that the artists of The Polish Parade staged their first production with Renata Bogdańska captivating the gathered audience with her voice. Apocryphal it might be, but it is said that each and every person in the crowd had the sensation that she was singing specifically to them.

Later, as the army made its way across the Middle East, The Polish Parade’s burgeoning reputation frequently preceded itself: in Iraq, they performed for the six-year-old King Faisal II. In Egypt, King Farouk was so enchanted by Nina Oleńska that he extended an invitation for a private audience. 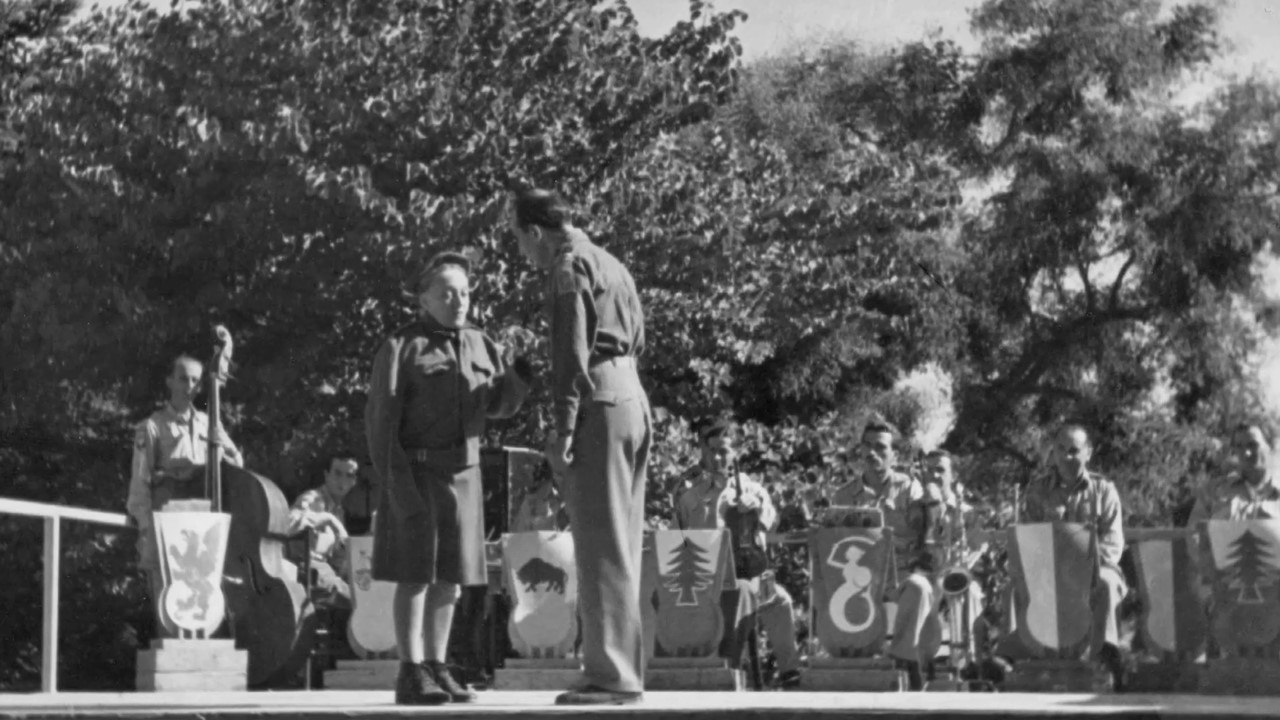 When the war finally finished, many of the artists were left bereft. Before the conflict they had been considered either rising stars or household names in Poland, but with their homeland now falling under communist rule many chose against returning for fear they would be treated as spies.

Settling instead in Britain, few opportunities in the entertainment industry presented themselves; whilst some were able to resurrect their artistic careers performing for the Polish diaspora others simply drifted into everyday jobs.

Their story formed the basis for Wielka Droga (The Great Journey), a 1946 film starring Irena Anders and accompanied by music written by Henryk Wars. Decades later, in 2018, they were again celebrated, this time in Janusz Koźminski’s book titled Anders’ Artists. Theatre and Stage. 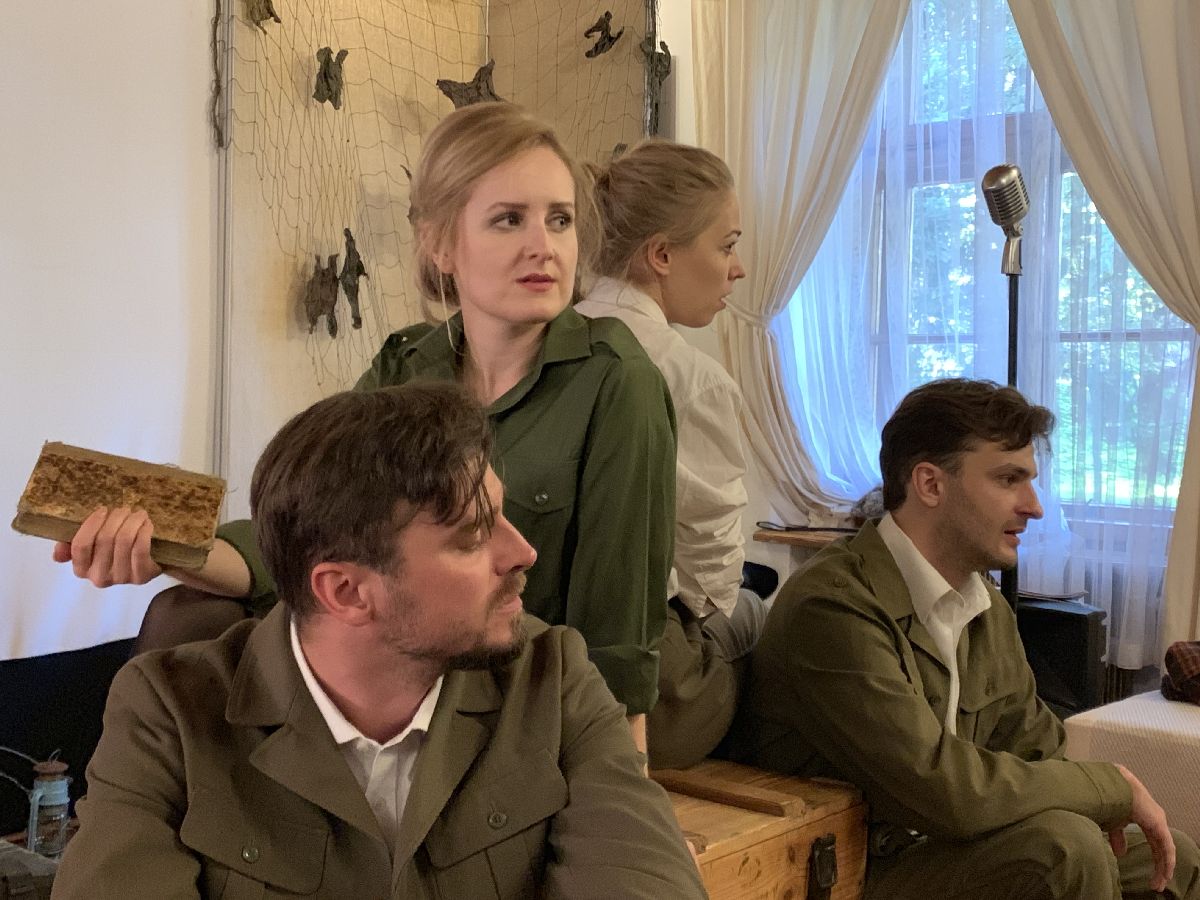 Members of the Komedia Theatre perform Artists on the Trail.Krakowski Teatr Komedia

Even more recently, their story was brought to life through a production called Artists on the Trail, a musical screenplay written and directed by Mateusz Dewera and staged by the Komedia Theatre in Kraków. The production has been performed in several different locations since premiering last year, including London, Italy and Canada and was streamed live online last month to mark the 50th anniversary commemoration of General Anders’ death in December 2020.

The play is available to view for a small fee on the website of Krakowski Teatr Komedia.