On a roll: Poland slams its way to victory against Iran in gripping 3-0 match

Poland continued its winning streak yesterday after being Iran 3-0 in their match in Varna, Bulgaria.

After winning the first three games with Cuba, Puerto Rico and Finland, the match with Iran was perceived as a first real challenge for the defenders of the World Champions title.

The two teams have a long-standing rivalry that often transforms into verbal disputes under the net.

Poland stormed into an early lead where they kept hold of it until the third set under pressure from fierce attacking by the Iranian team.

Trailing 22-19, a tense face-off between Polish captain Michał Kubiak and Iran’s Saeid Marouf seemed to spur the White and Reds into action, with 21-year-old middle blocker Jakub Kochanowski powering home some impressive serves to take the boys to a 25-22 victory. 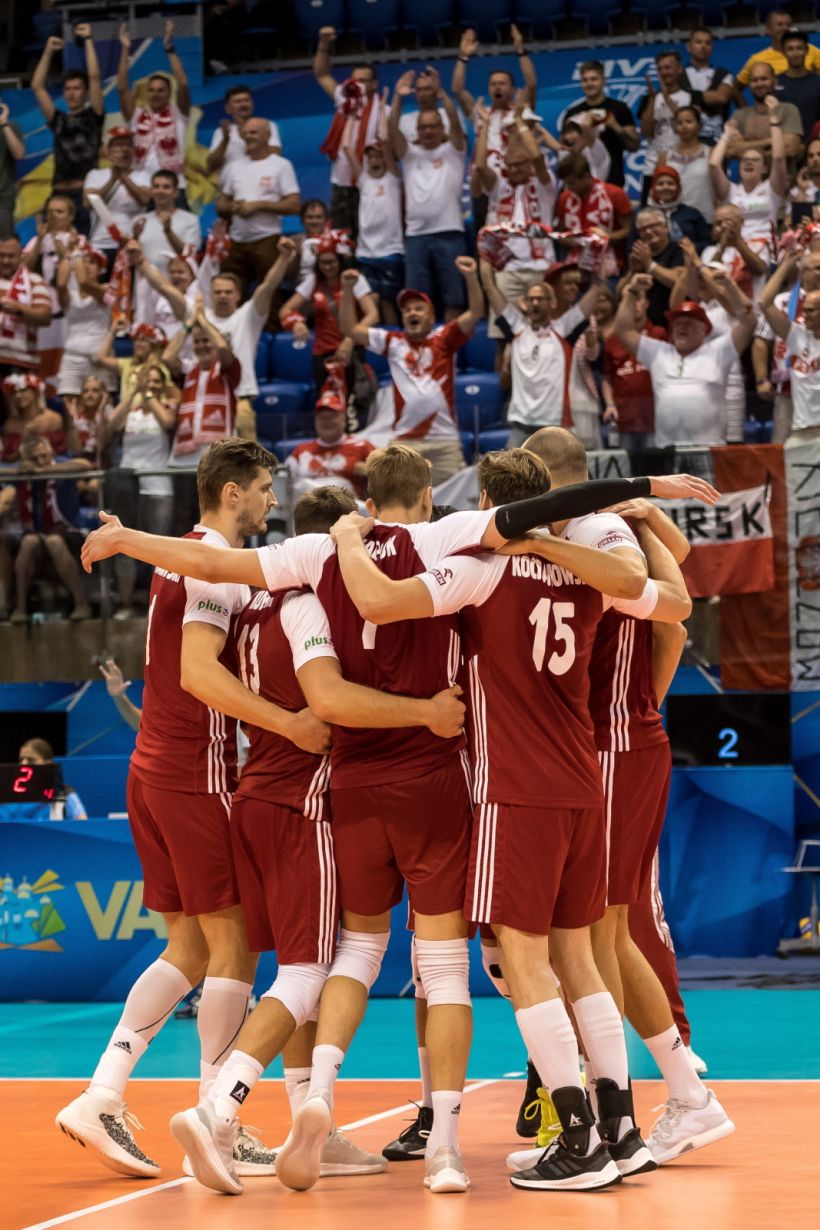 Poland’s team coach Vital Heynen  said after the game: “We played the first two sets very well and in the third one… we had Kuba Kochanowski.

“It was with his help that we withstood the key moment and won 5 consecutive points with his serves.

“Sometimes you need luck, but we didn’t play badly. I glad the team showed they’re in good condition. We controlled the game. Why didn’t I provoke our rivals? What for? I had nothing to do during the first two sets.”

Kochanowski added: ”Before this match we told ourselves, that if we play at our level, then we are a better team than Iran and we can win. The most important thing was to reach this high disposition of ours. And we played very well today.”

Poland will play its next match on September 18th against Bulgaria, one of the tournaments hosts alongside Italy.

The game will decide the winner of group D, though the Poles will need to win only two sets to ensure exiting the group in a more comfortable spot.

Poland hopes cause of Ukrainian plane crash will be fully explained