Most people would have forgiven the men of 6th Armoured Regiment, part of the 2nd Warsaw Armoured Brigade, if they had been lacking in Christmas cheer in December 1944. Part of allied armies involved in the bitter slog up German-occupied Italy they had fought at Monte Cassino and battled their way into the city of Piedmont. Hard fights, blood spilled and friends lost. 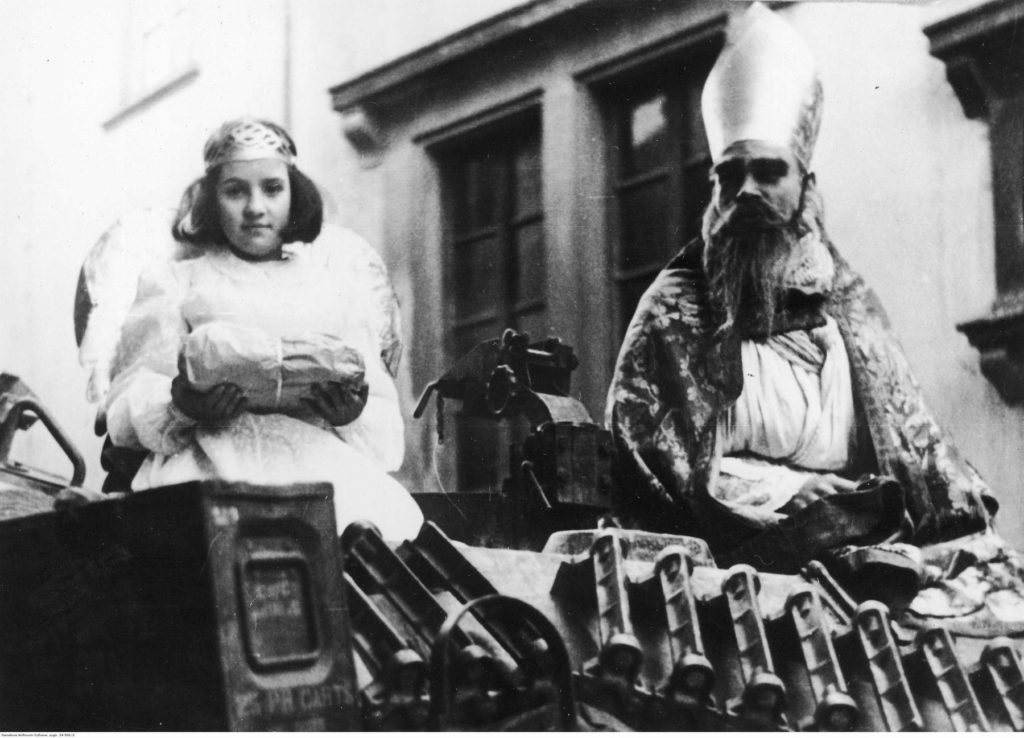 The vehicle served as a sleigh to carry presents for local children.NAC 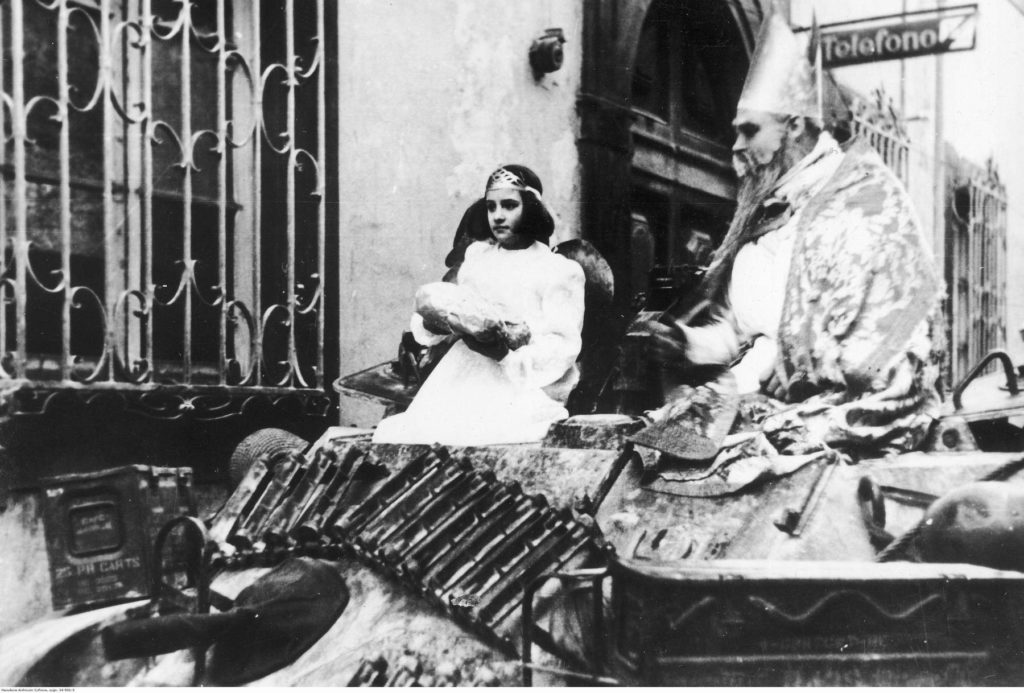 The men of the 6th Armoured Regiment were resting in the town of Bibbiena.NAC

But despite the savage fighting and destruction on December 6 the soldiers took the time to celebrate St Nicholas’s Day, Mikołajki in Polish, with Italian children. Resting from the fighting for a while in the Tuscan town of Bibbiena the troops laid on a surprise meal for local children and distributed small gifts. 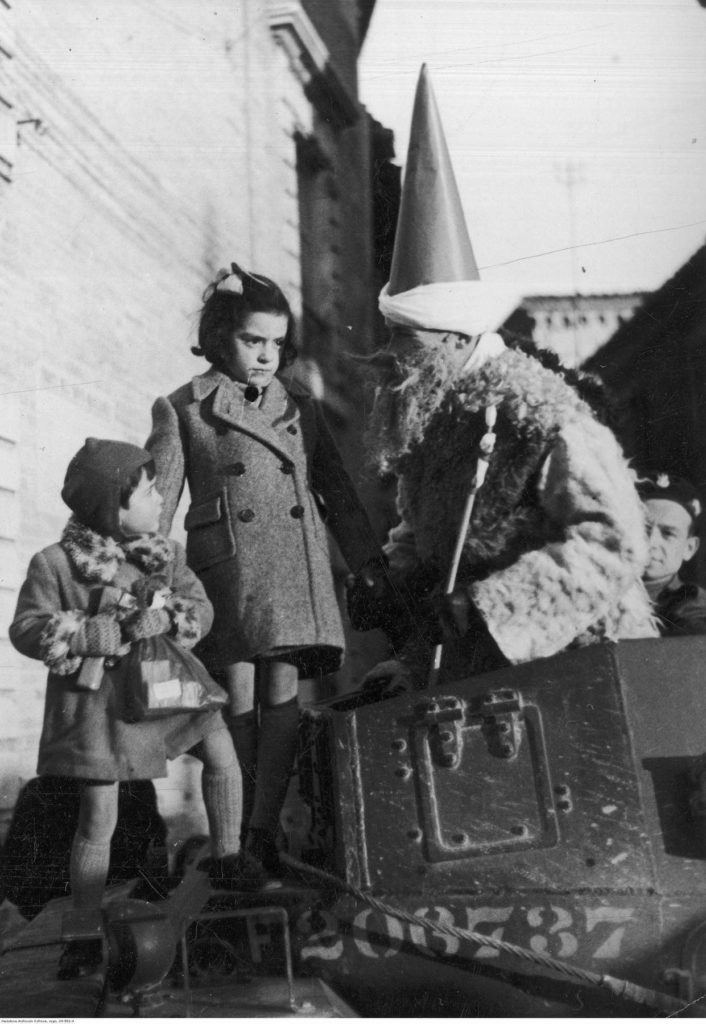 A St Nick from the 1st Krechowiec Uhlan Regiment hands out presents atop of his Dingo armoured scout car.NAC 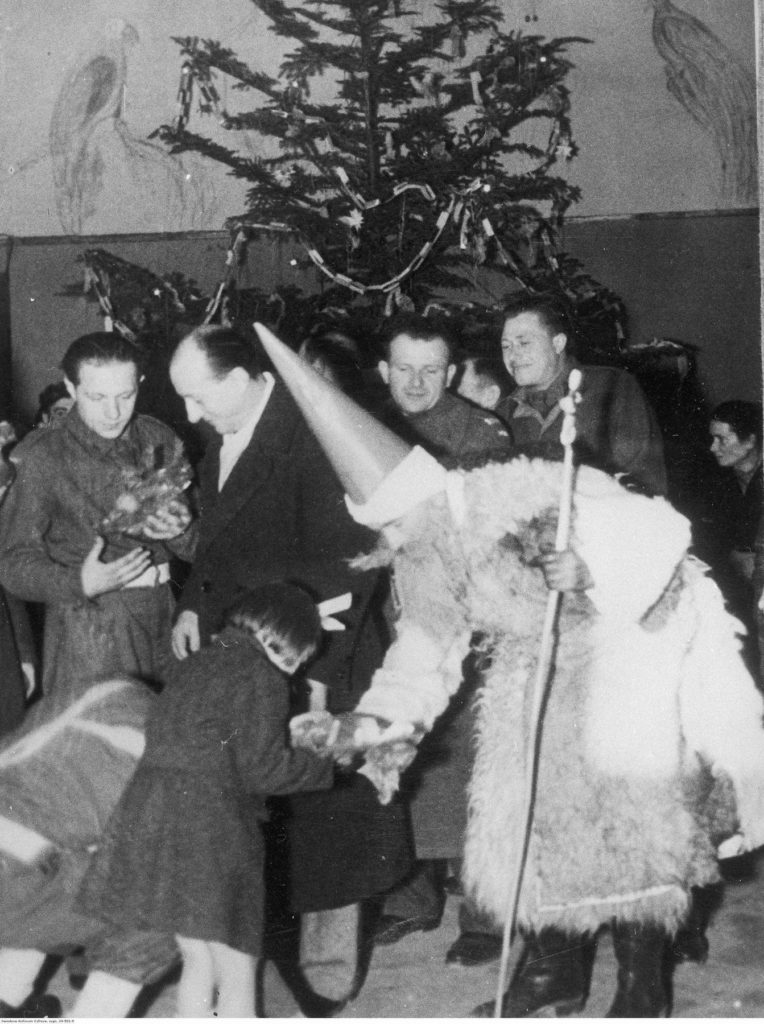 Local children get presents from the Polish soldiers.NAC

The necessities of war dictated that St Nick arrived not by sleigh but in a clanking cloud of fumes belched out by an M3/M5 Stuart armoured reconnaissance vehicle. Officer Cadet Edward Wojczak swapped battle dress for a cloak and an artificial beard to be the saint while a local girl sat beside him dressed as an angel. 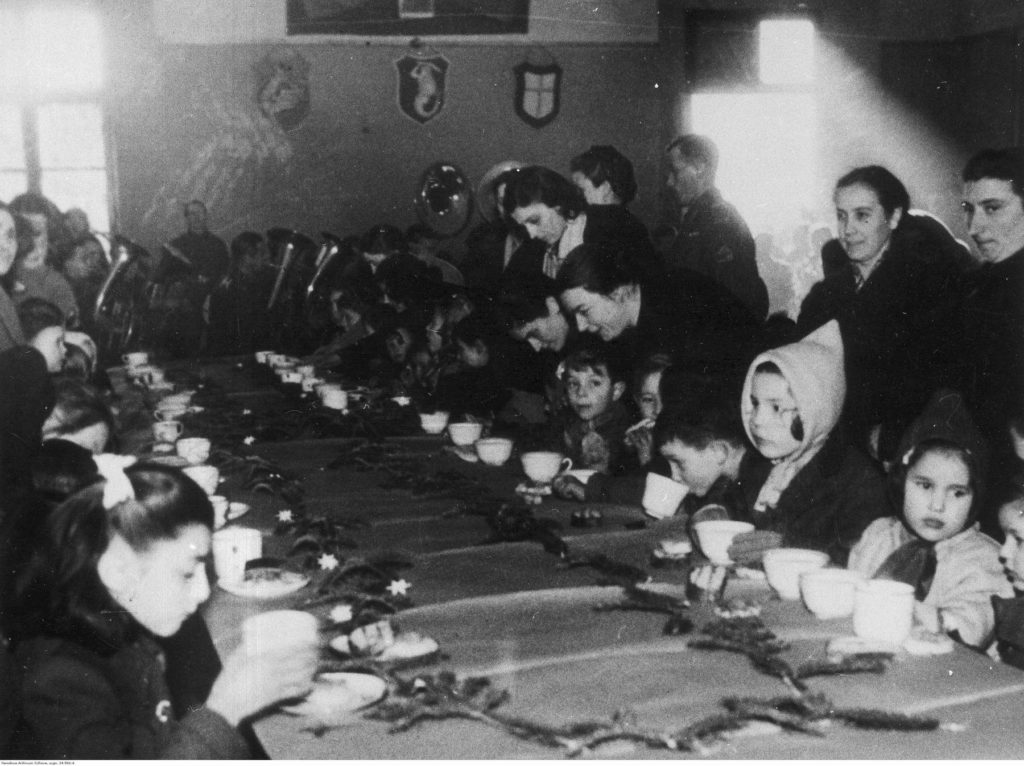 Children get a chance to forget about the horror and deprivations of war during a meal laid on by the Poles.NAC

It turned out the 6th was not the only Polish regiment to bring the spirit of Christmas to war-torn Italy that year. The 1st Krechowiec Uhlan Regiment of the 2nd Independent Armoured Brigade also celebrated Mikołajki, but this time St Nick arrived in a Dingo armoured scout car.