A window company employee has sent the internet into meltdown with his stunning colourisation of photos from the Warsaw Uprising.

Mikołaj Kaczmarek from Gostyń, Wielkopolska, has spent years painstakingly recreating some of the key moments of the Uprising.

Now the breath-taking colourised images have earned his Facebook page, Mikołaj Kaczmarek – Kolor Historii, over 44,000 followers, who are drawn by the shocking immediacy that colour brings to people and scenes that have been known only in black and white. 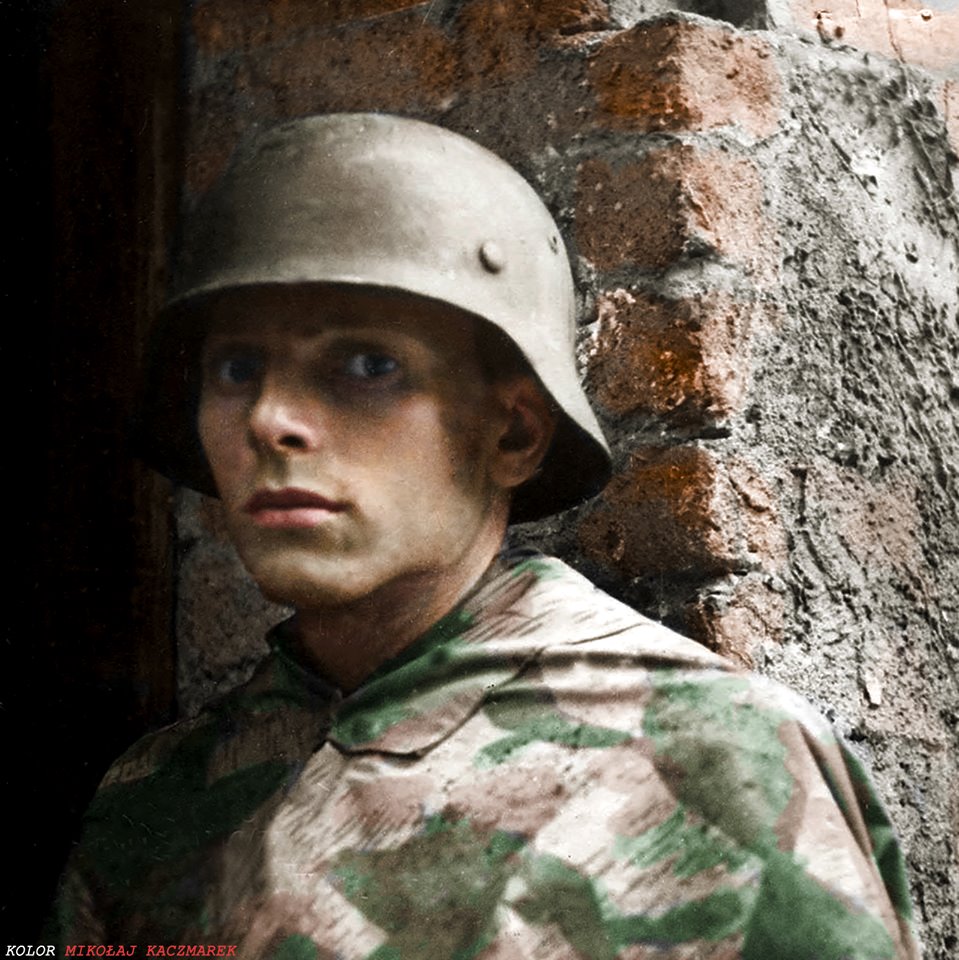 One of Kaczmarek’s most recent works shows 21-year-old Zbigniew Knotowski who was killed during the Uprising. Mikołaj Kaczmarek/Warsaw Rising Museum

Others show insurgents manning barricades, while others show the cost of war, for example the image of a small girl kneeling at the hastily dug grave of her mother, who died after a bomb hit their home. 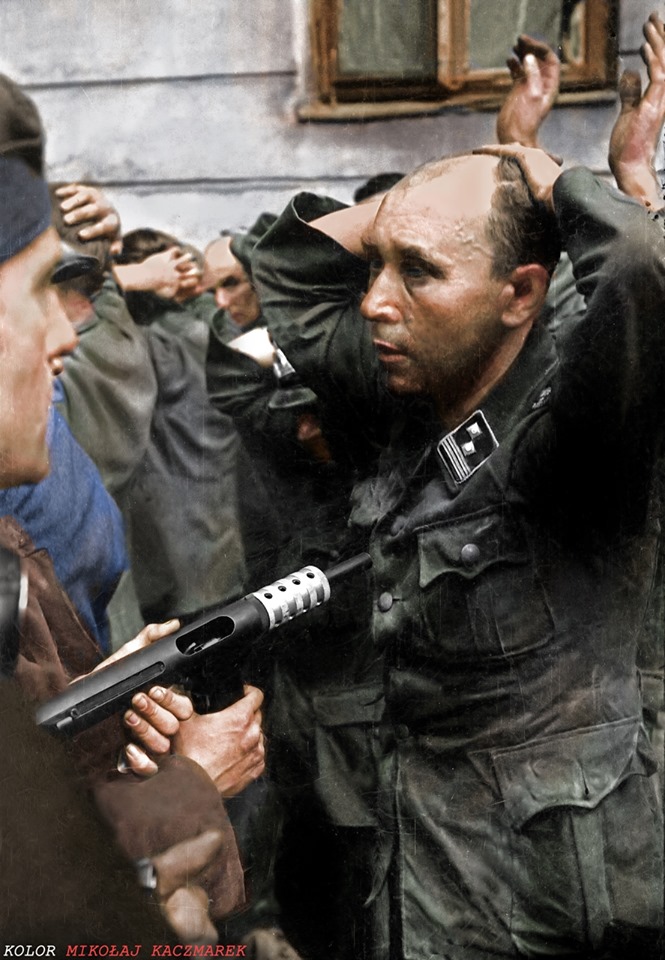 His work has become so popular that he now cooperates with Poland’s Institute of National Remembrance and the Polish National Fund.

He also provided colourised images for the recent film Squadron 303 and is working on a new biopic about Józef Piłsudski. 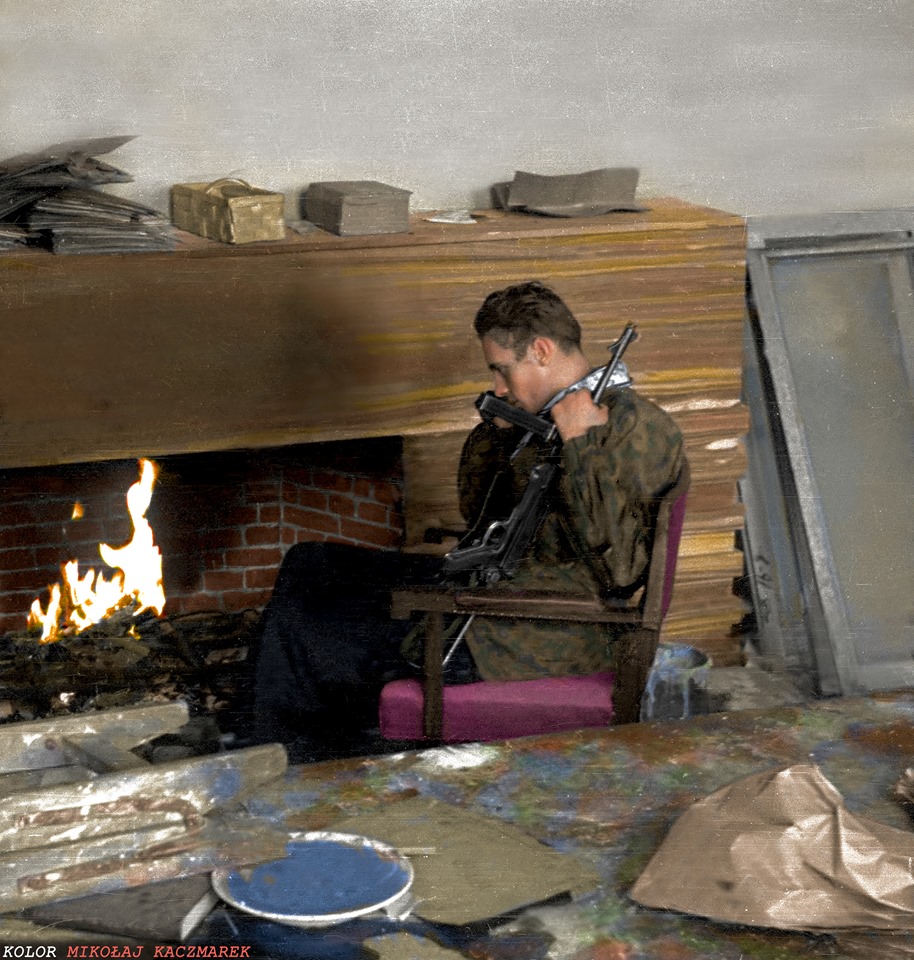 However, 33-year-old Kaczmarek, who works for a company producing windows, admits that his interest in history came as a surprise to him.

“I was never particularly interested in history. In fact I nearly didn’t complete the year on two occasions,” he reveals to TFN.

Kaczmarek first became interested in photo colourisation when he saw the film Warsaw Rising, which told the story of the battle using colourised footage. 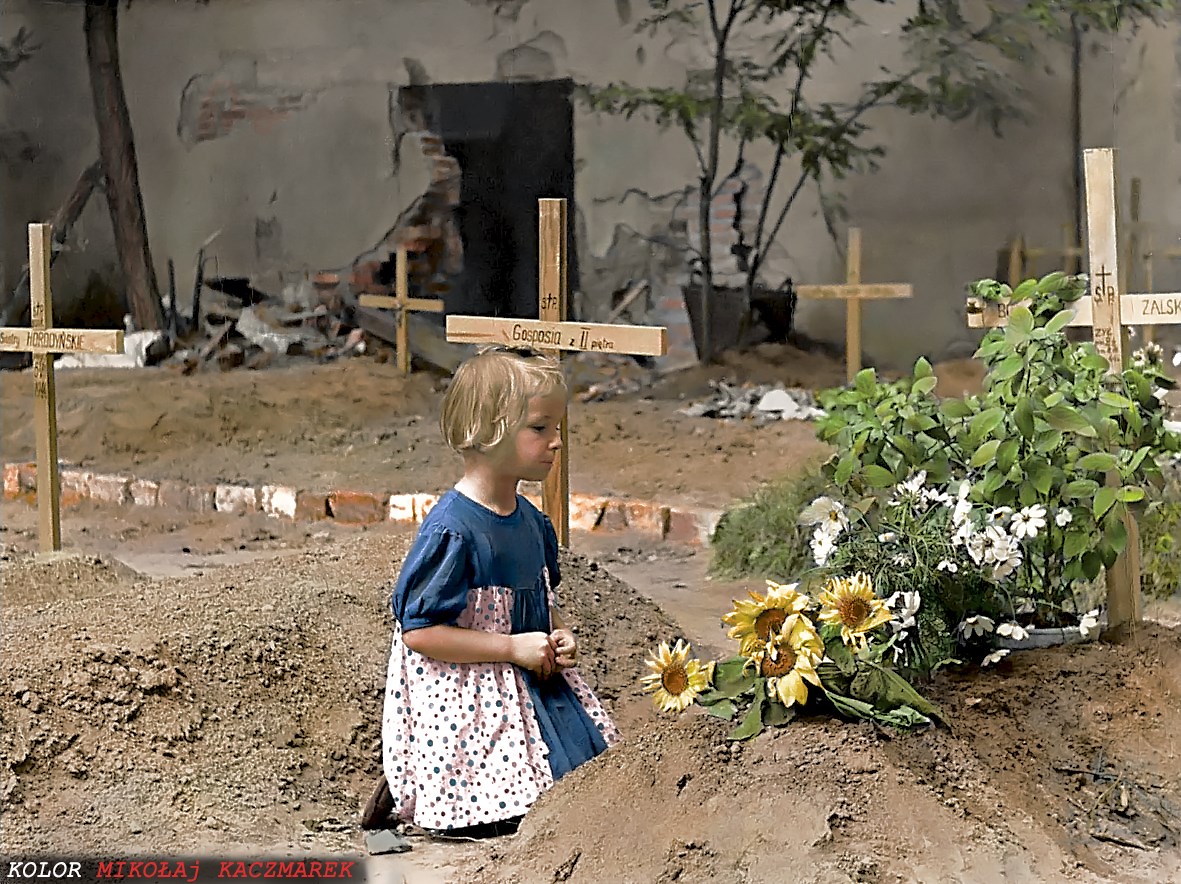 Kaczmarek said: 'The first photo I tried was the girl next to a grave. When I finished, I was in shock – the past just came right out at me.'Mikołaj Kaczmarek/Warsaw Rising Museum

“The film made a huge impact on me,” he says. “They lived in a time of apocalypse and whether they wanted to or not they had to fight and they often died.

“The colourisation made me realise that they were people just like us, they just happened to live at that time.

“You might see an image of a pretty girl that looks like it was taken a week ago, but she fought in the war and died,” he adds.

After seeing the film, he decided to try colourisation for himself. He installed Photoshop and started from the beginning. 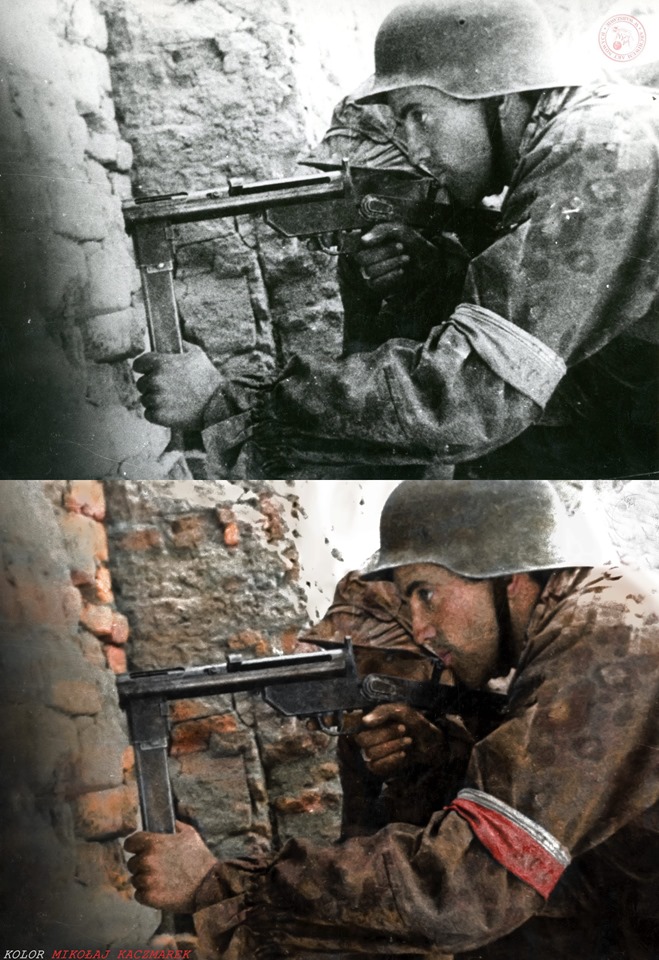 Kaczmarek says that deciding what colours to apply is question of feeling and intuition.Mikołaj Kaczmarek/Warsaw Rising Museum

“The first photo I tried was the girl next to a grave. When I finished, I was in shock – the past just came right out at me,” he recalls.

Initially, Kaczmarek worked on photos to satisfy his curiosity, but it soon turned into an obsession.

“I started to do 3 or 4 a day every day, each one taking several hours. 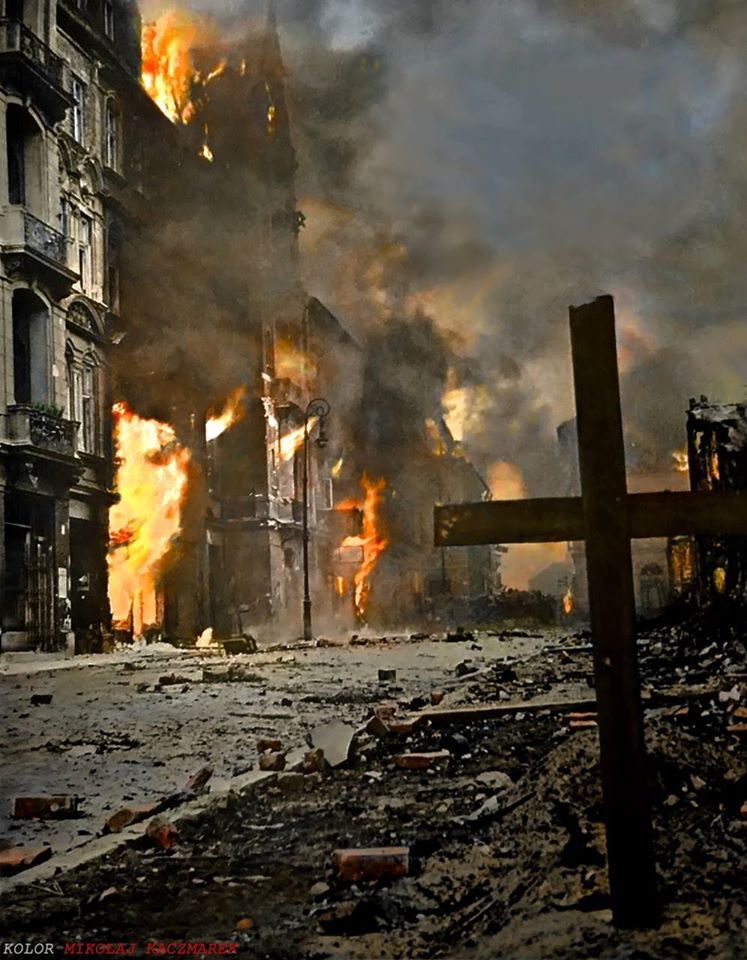 The corner of Nowy Świat after a bomb attack. Mikołaj Kaczmarek/Warsaw Rising Museum

“My eyes were hurting from looking at the screen all the time. I couldn’t even go to sleep, I was so absorbed in it.

“After a while, when I had got quite good at colouring, I wanted to show them to other people, so I opened up a page on Facebook,” Kaczmarek says.

All of this happened around three years ago, and success soon followed. “People liked what I did, I got a lot of likes and followers. 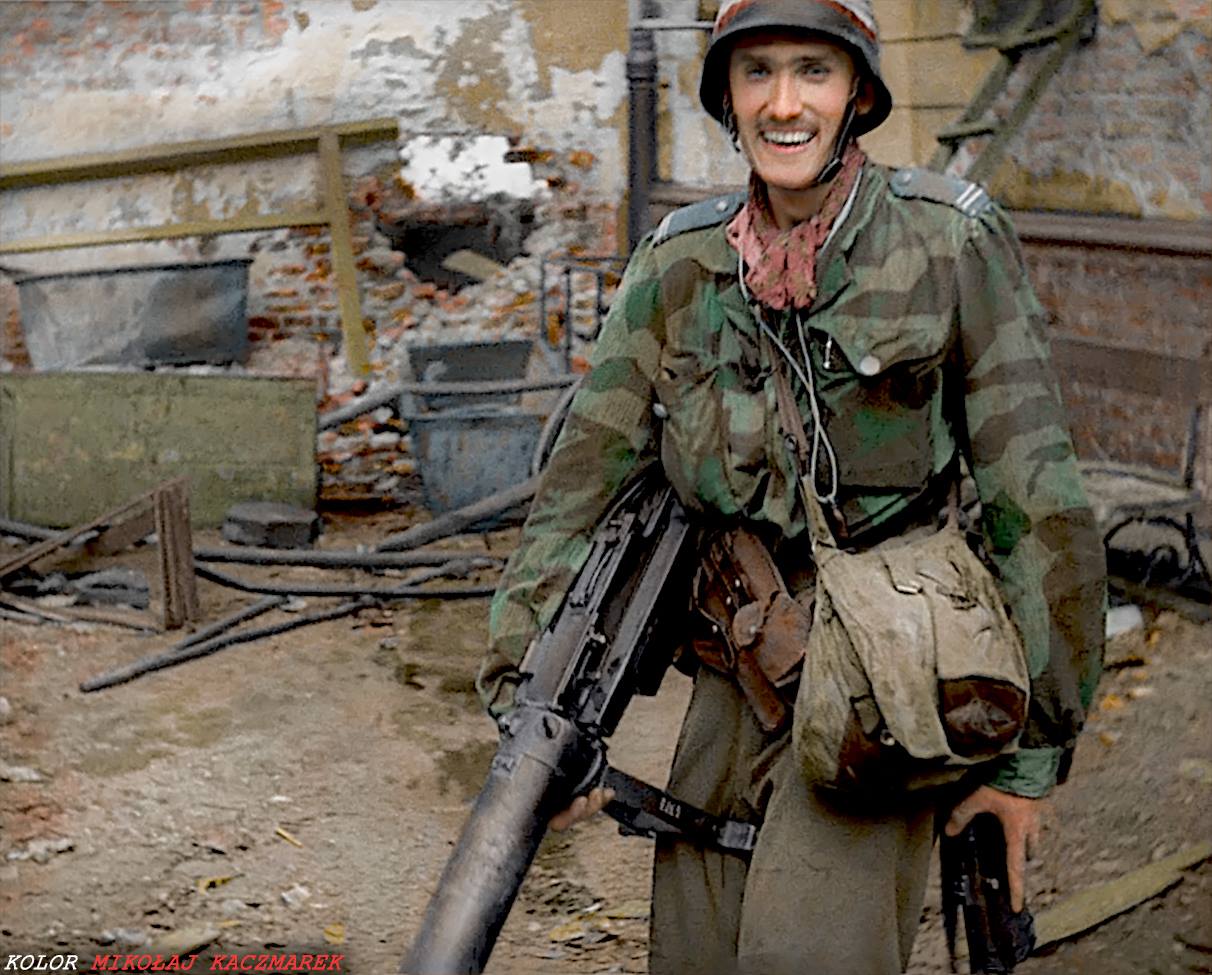 After the war, Witold Kieżun, pictured here at the age of 22, became a professor and internationally recognised economist. Mikołaj Kaczmarek/Warsaw Rising Museum

“A lot of history sites started to share my photos. Now I have 44,000 followers, it’s basically a football stadium,” he says with pride.

On why people react so positively, Kaczmarek says that colourisation brings people closer to history and they can touch it. 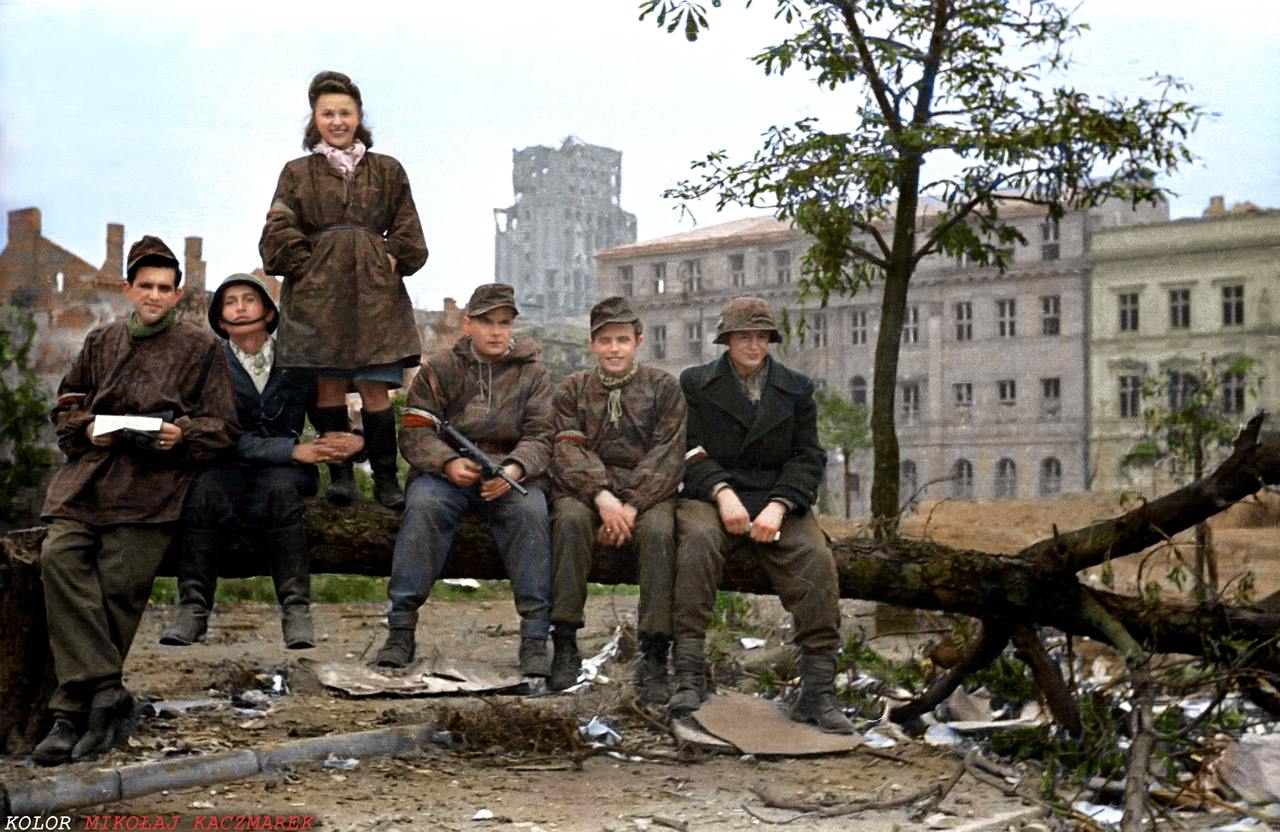 He says that when people see old black and white images they can feel indifferent. But when they see it in colour, they are shocked.

“I know how they feel, because when I first saw those films I was also in shock,” he says. 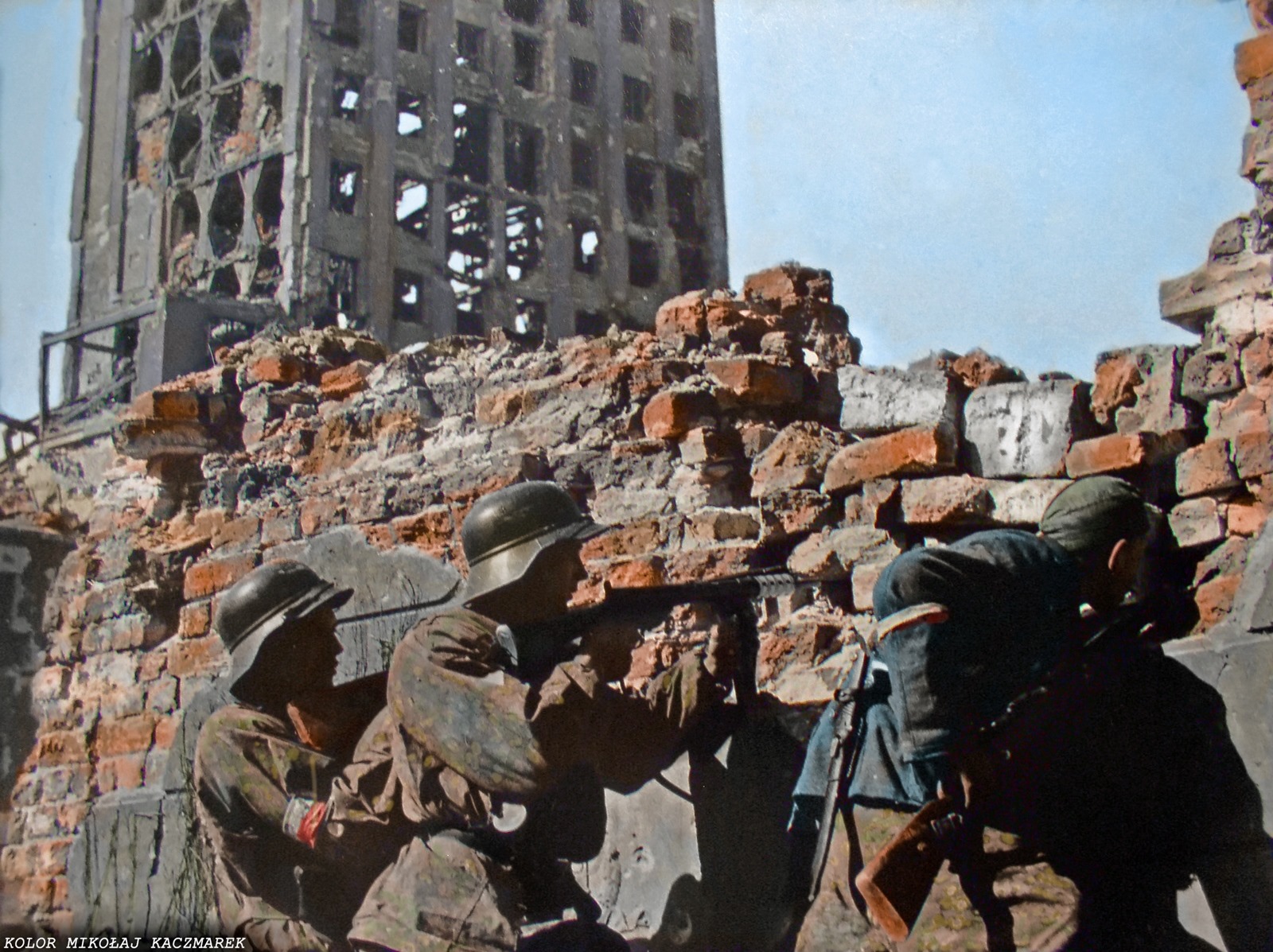 Kaczmarek says that deciding what colours to apply is question of feeling and intuition. “It will never be 100% accurate, but things like uniforms, you can check on the Internet.”

Street scenes with lots of people and elements take longer than portraits, he says, but reveals that the skin is one of the hardest things to get right so that it looks natural. 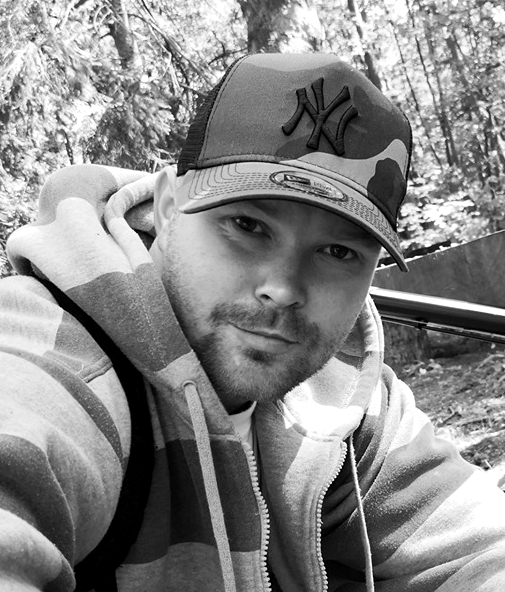 Kaczmarek first became interested in photo colourisation when he saw the film Warsaw Rising, which told the story of the battle using colourised footage. Mikołaj Kaczmarek

“You have to put on about 6 layers, and you have to lighten it because skin is usually quite dark on black and white photos,” he adds.

Kaczmarek has not been to Warsaw for the anniversary of the outbreak of the Uprising before, but he is making the journey this year.

“I’ll be at Rondo Dmowskiego at 17.00 to honour those who fell fighting the German occupants. Then, I’ll go to Powązki Cemetery to light remembrance candles,” he said.