An old lady living in a rotting old dilapidated shack has had her life turned 180 degrees after an architect and her husband decided to build her a new home.

For decades pensioner Aniela Wywrot lived in a dank hut in the village of Potok Jaworowski close to the border with Ukraine in south east Poland.

With a population of 69 people and just her dog Reksia for company, the 82-year-old spent her days in darkness under a leaky roof with no electricity, running water, or gas, and only a bucket for a toilet. 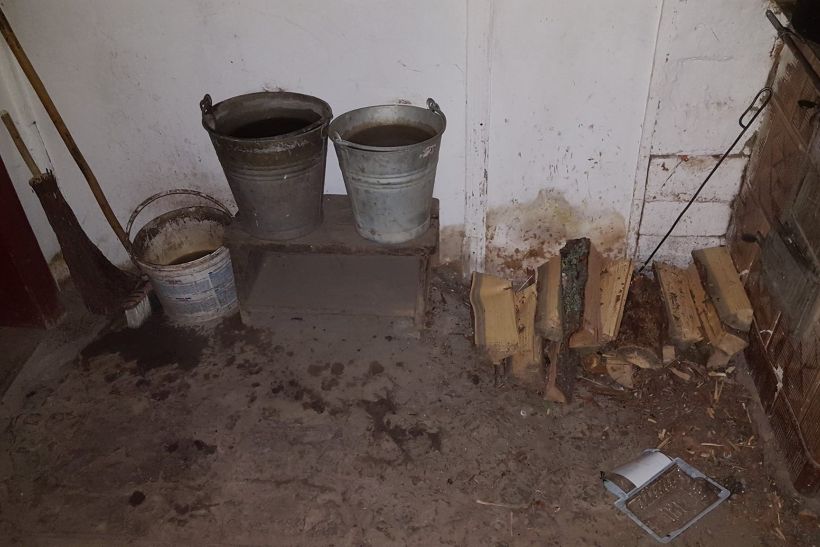 Inside ‘Grandma’ Aniela Wywrot’s old house. Her toilet bucket stands next to her water buckets.Krzysztof Kopeć/Facebook

Cataracts and swollen feet made life even more difficult for the pensioner.

But then her life was changed after her plight was discovered by architect Kinga Kopeć and her engineer husband Krzysztof.

Aniela, known fondly by locals as ‘Grandma’, had asked for some kerosene, second-hand clothes and some matches through a social care programme called Noble Package where her plea was spotted by the couple. 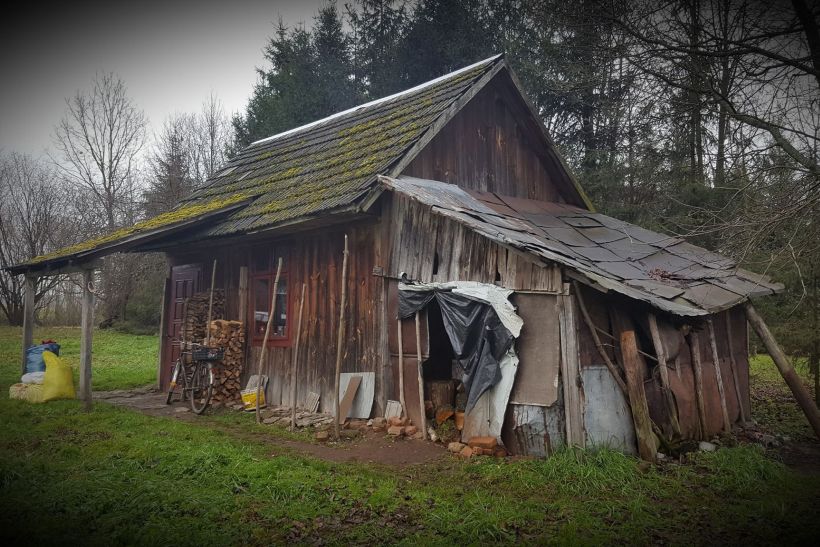 For decades pensioner Aniela Wywrot lived in a dank hut in the village of Potok Jaworowski close to the border with Ukraine in south east Poland.Krzysztof Kopeć/Facebook

Kinga told TFN: “We were brought up in traditional Polish families, where the younger generation looked after their elders. Maybe that's why Grandma’s story horrified us because there was no one to take care of her.”

Determined to find out more they contacted volunteer workers at Noble Package.

Kinga said: “It was a very moving meeting, and we actually cried when hearing the stories of the volunteer ladies. 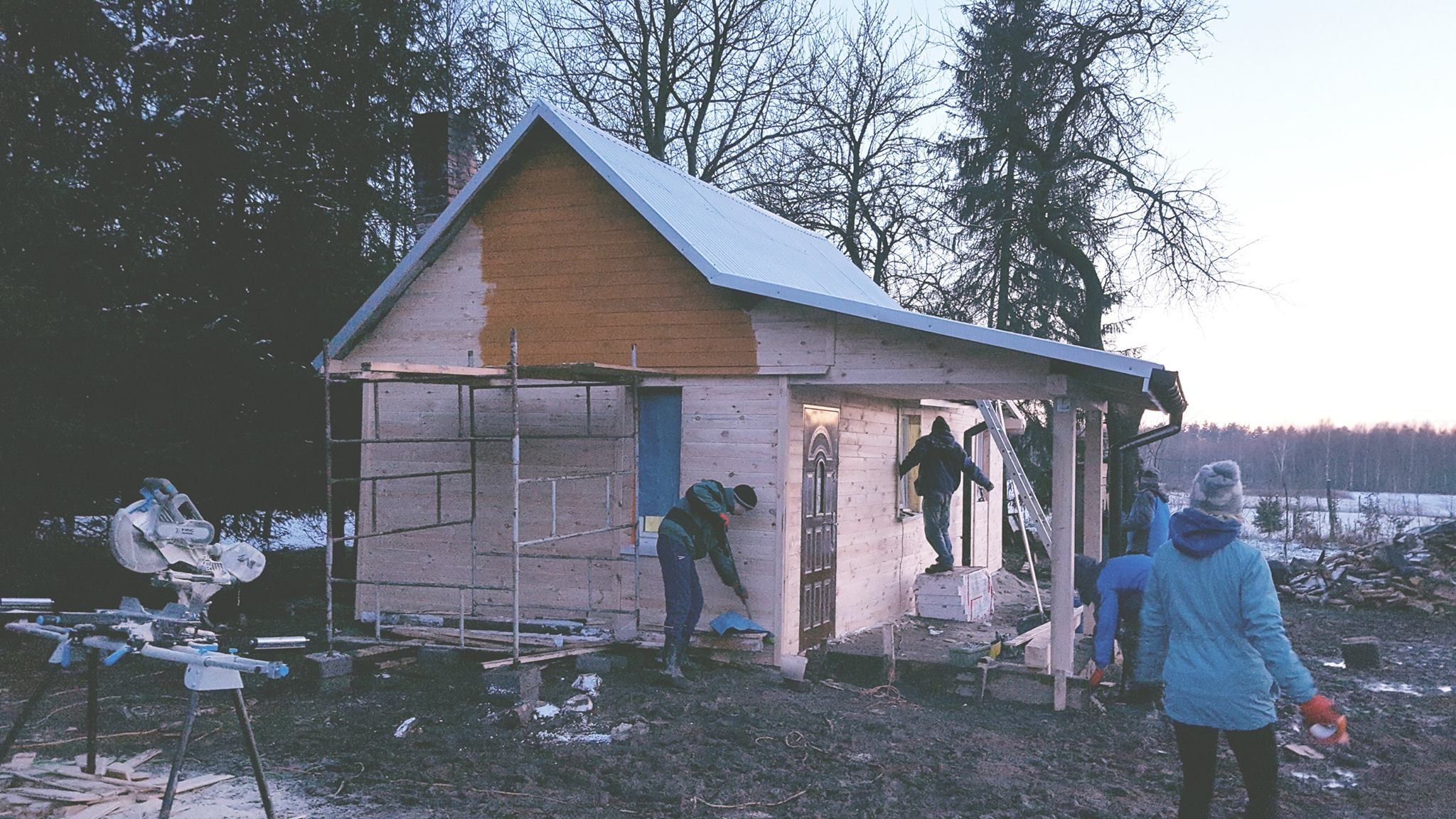 Dedicated volunteers gathered by the Kopeć’s initiative worked around the clock in the snow to get Grandma’s house renovated in time. Krzysztof Kopeć/Facebook

“They told me that Grandma lives in extreme poverty.

“We decided to see it with our own eyes, so we asked for a meeting, and Grandma expressed a desire to get to know us also.”

The horrified architect continued: “When we first saw it we didn’t think anyone could possibly live there. 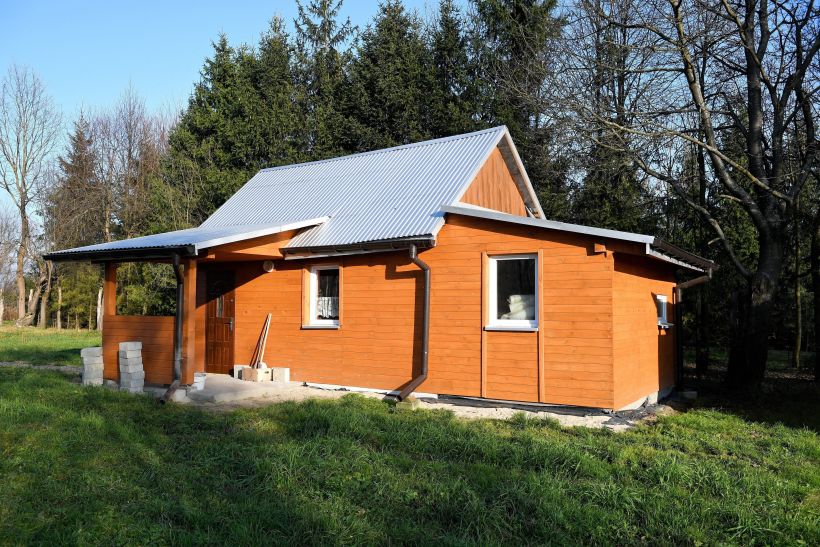 The finished home. A cozy and comfortable place for Grandma to live in peace with her dog, Reksia Darek Delmanowicz/TFN

“The outbuilding wouldn’t have even survived the winter. Inside it was like permanent twilight, there was only one tiny window.

“Grandma didn’t even have a toilet, just a bucket. It was such a terrible sight we decided to act quickly.”

Sketching out a design for the dream home the couple then launched a campaign on Facebook from their home in Lubaczów 18km away, to raise materials, funds and volunteers to help build the place. 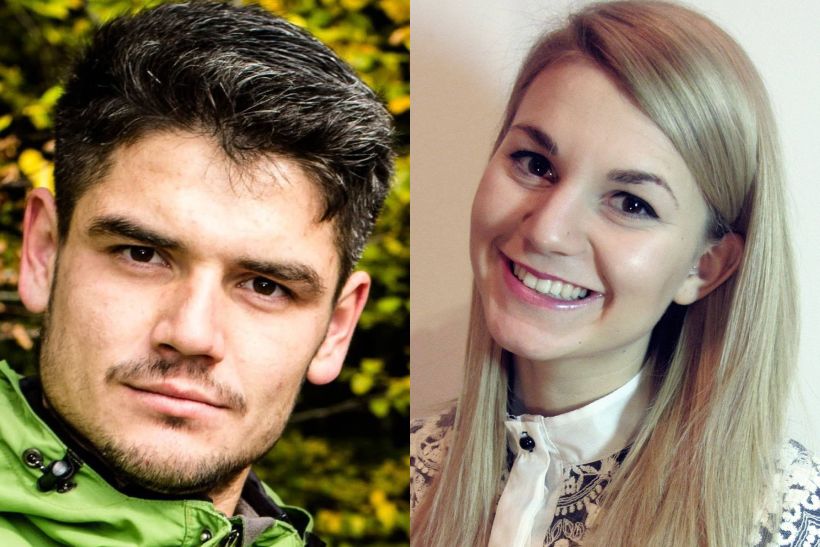 Within hours offers of help were pouring in with local construction firms offering supplies and others volunteering to help build the new home.

In just six days the decrepit hut had been transformed into a comfortable, cozy home with a new floor, re-painted the walls, refurbished insulation, new roof, cupboards, furniture and a bathroom with a toilet.

They also bought a Zimmer frame to help her get around and with donations still pouring in, the couple were able to purchase clothes, food, pots, pans, crockery and cutlery and the kerosene for the old lamp. 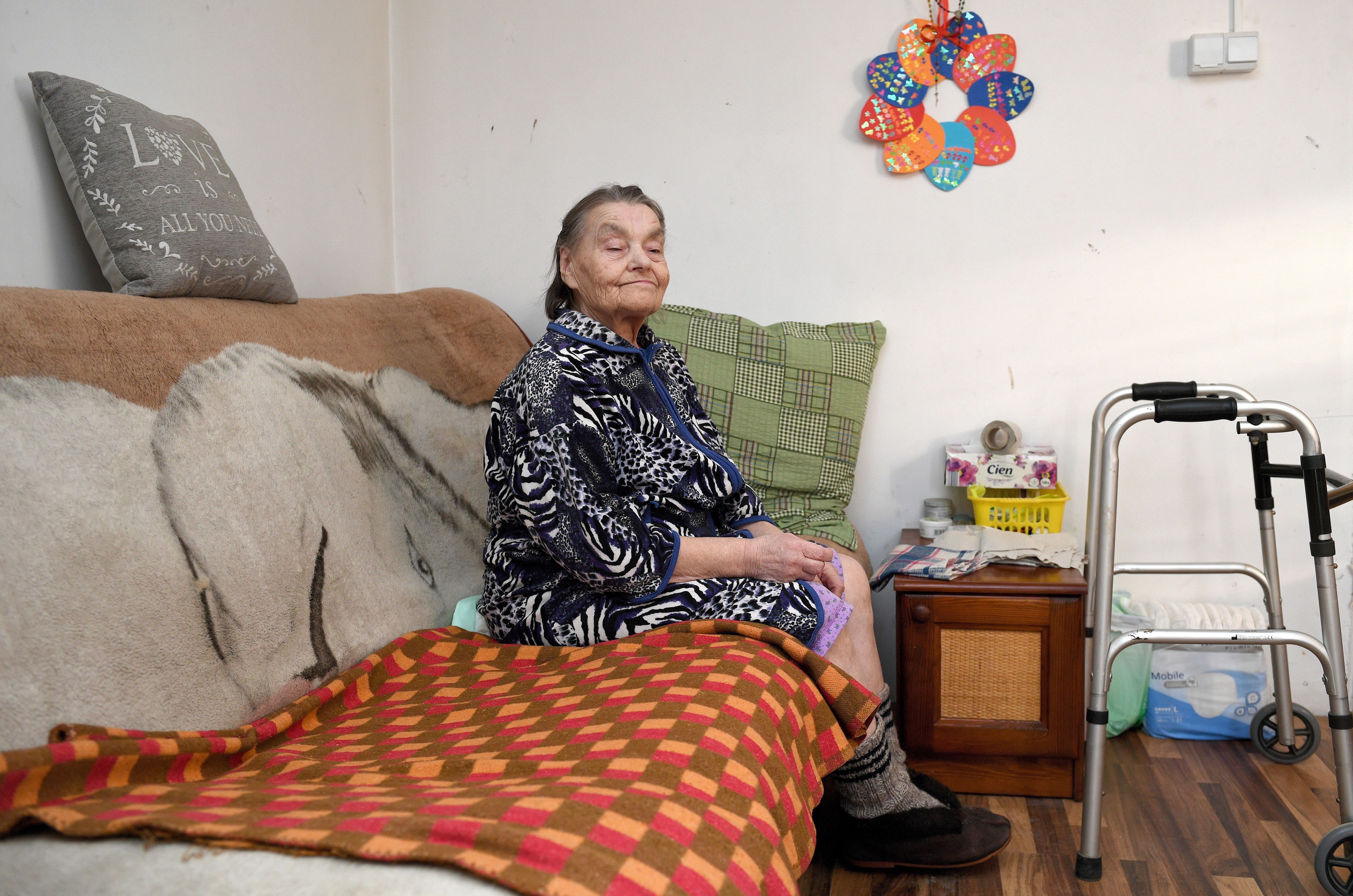 In just six days the decrepit hut was transformed into a comfortable, cozy home with a new floor, re-painted walls, refurbished insulation, new roof, cupboards, furniture and a bathroom with a toilet.Darek Delmanowicz/TFN

The donations were also enough for them to install electricity, gas and hot running water.

Now a Facebook community of 900 people has been set up to ensure Grandma Aniela isn’t left to survive alone.

The delighted pensioner told TFN: “I never thought that in my old age I would live in a new house. 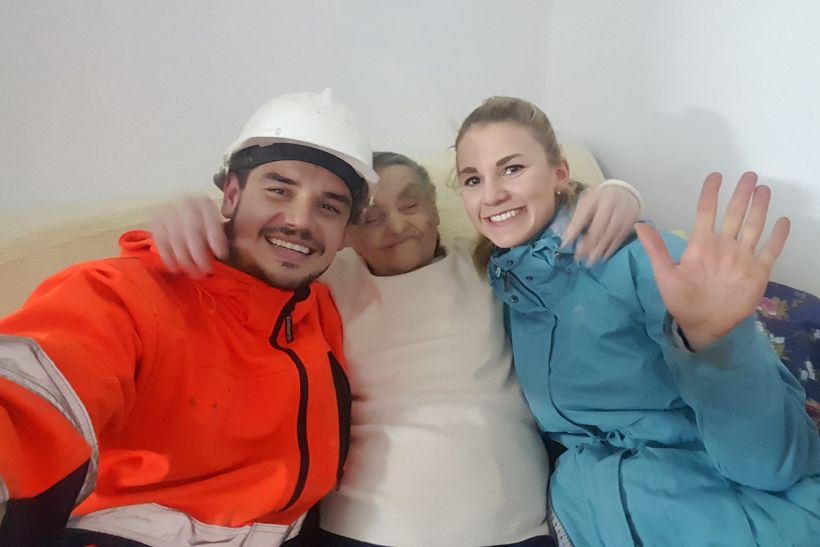 Kinga told TFN: “We were brought up in traditional Polish families, where the younger generation looked after their elders. Maybe that's why Grandma’s story horrified us because there was no one to take care of her.” Krzysztof Kopeć/Facebook

“I was sure that I would live in my old house until death.

“I'm really happy now. It's comfortable, pretty. I finally have electricity, water, and a bathroom.

“I can live much better than before.”