Not one but TWO mystery monoliths appear in Poland

Two mystery monoliths, similar to those that have appeared in the US, Romania and the UK have now shown up in Poland.

The first was spotted in the city of Kielce, south Poland, at the site of a former quarry turned into a nature reserve. 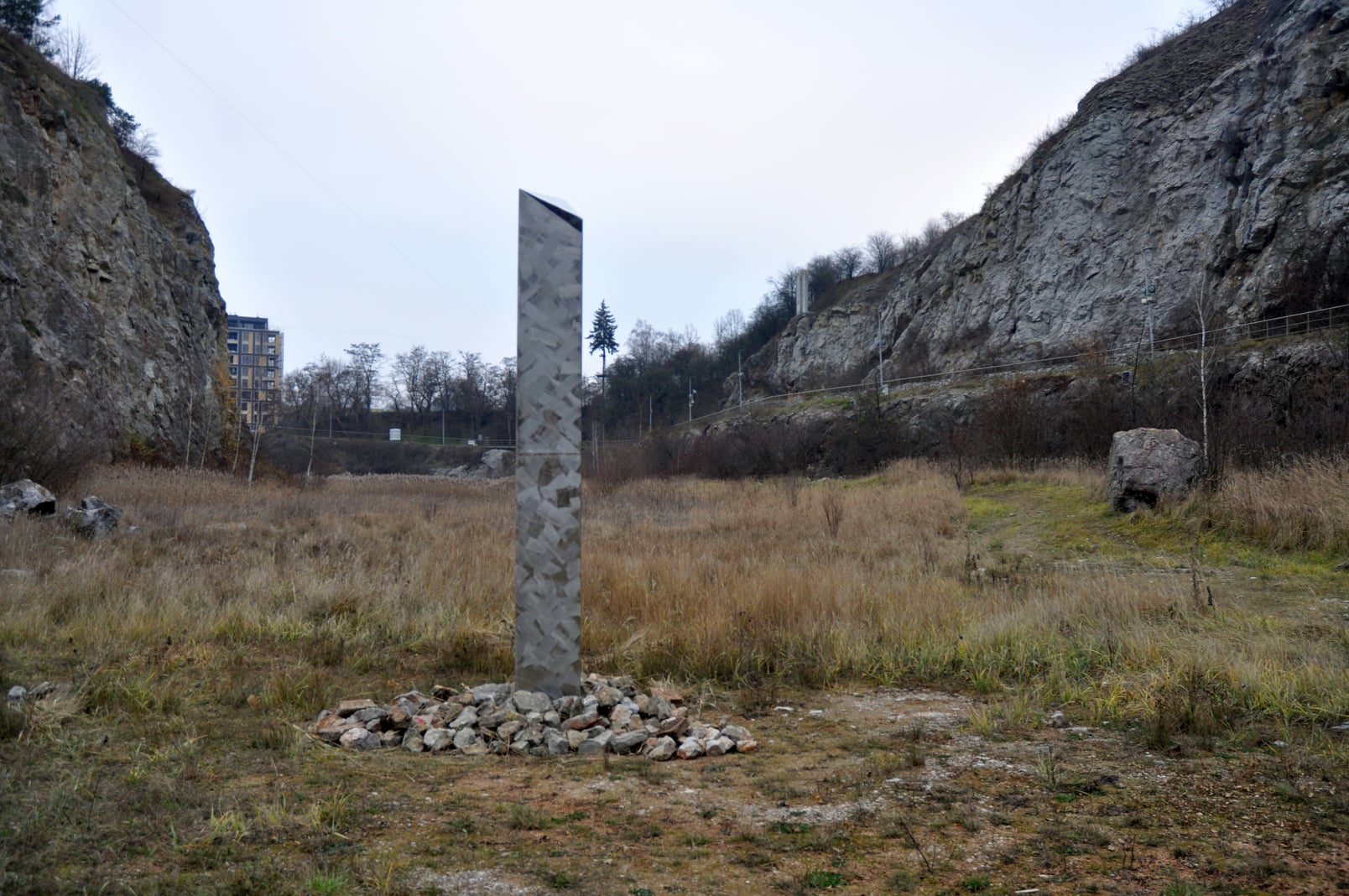 Standing around 9-ft tall, the mystery object in Kielce was discovered on Wednesday morning by an employee at the site.Geopark Kielce - Centrum Geoedukacji/Facebook

Standing around 9-ft tall, the mystery object was discovered on Wednesday morning by an employee at the site.

Andrzej Płonka from Geopark which now manages the Kadzielnia reserve told website echodnia.eu: “On Wednesday morning, our employee discovered a strange monolith in the excavation in Kadzielnia. 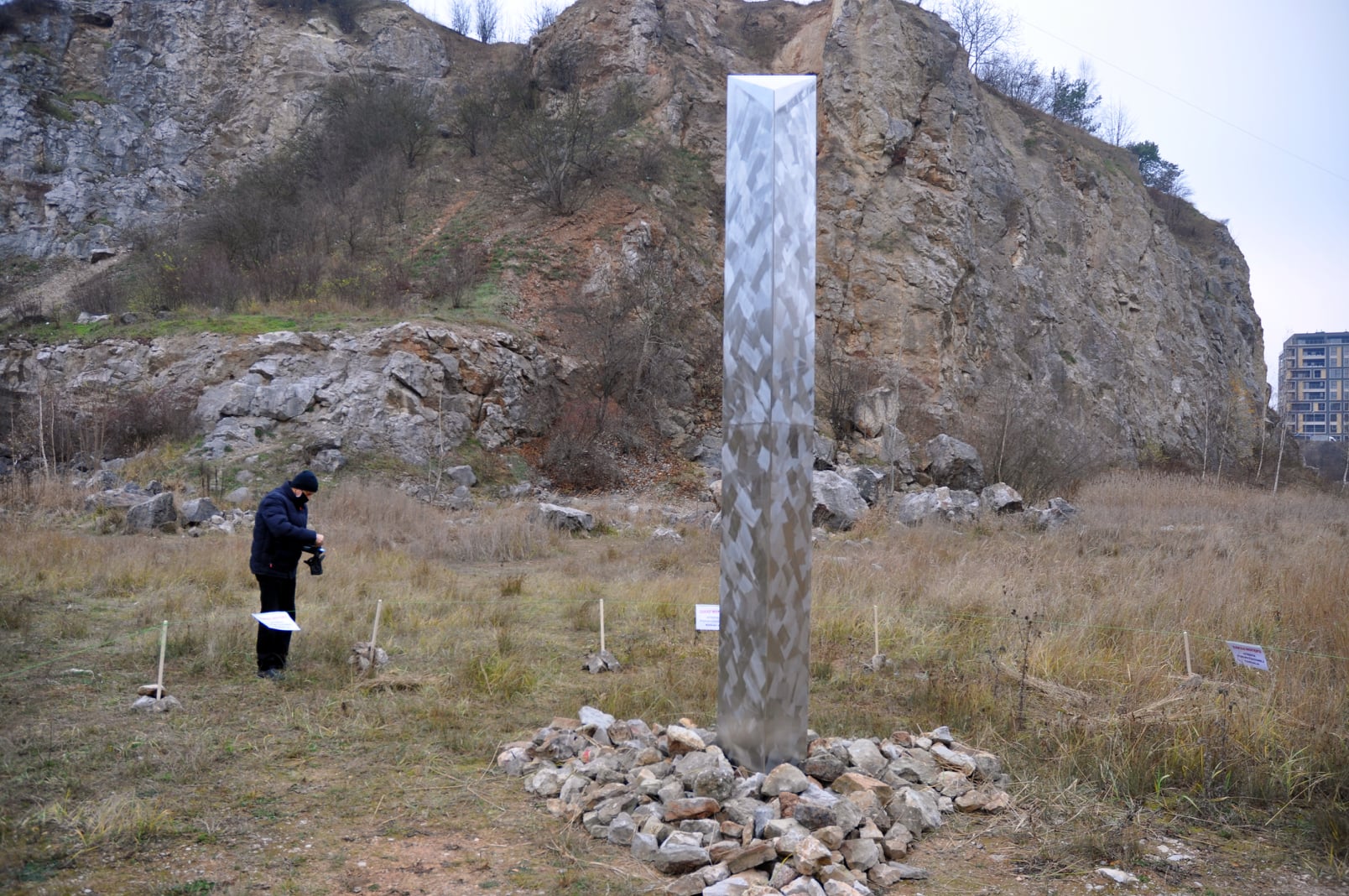 The monolith appeared either Tuesday after dark or in the early hours of Wednesday morning.Geopark Kielce - Centrum Geoedukacji/Facebook

“It is made of metal, and has been solidly and professionally made.

“It is about 2.5-3 meters tall. We don't know exactly when it appeared, either Tuesday after dark or at dawn. 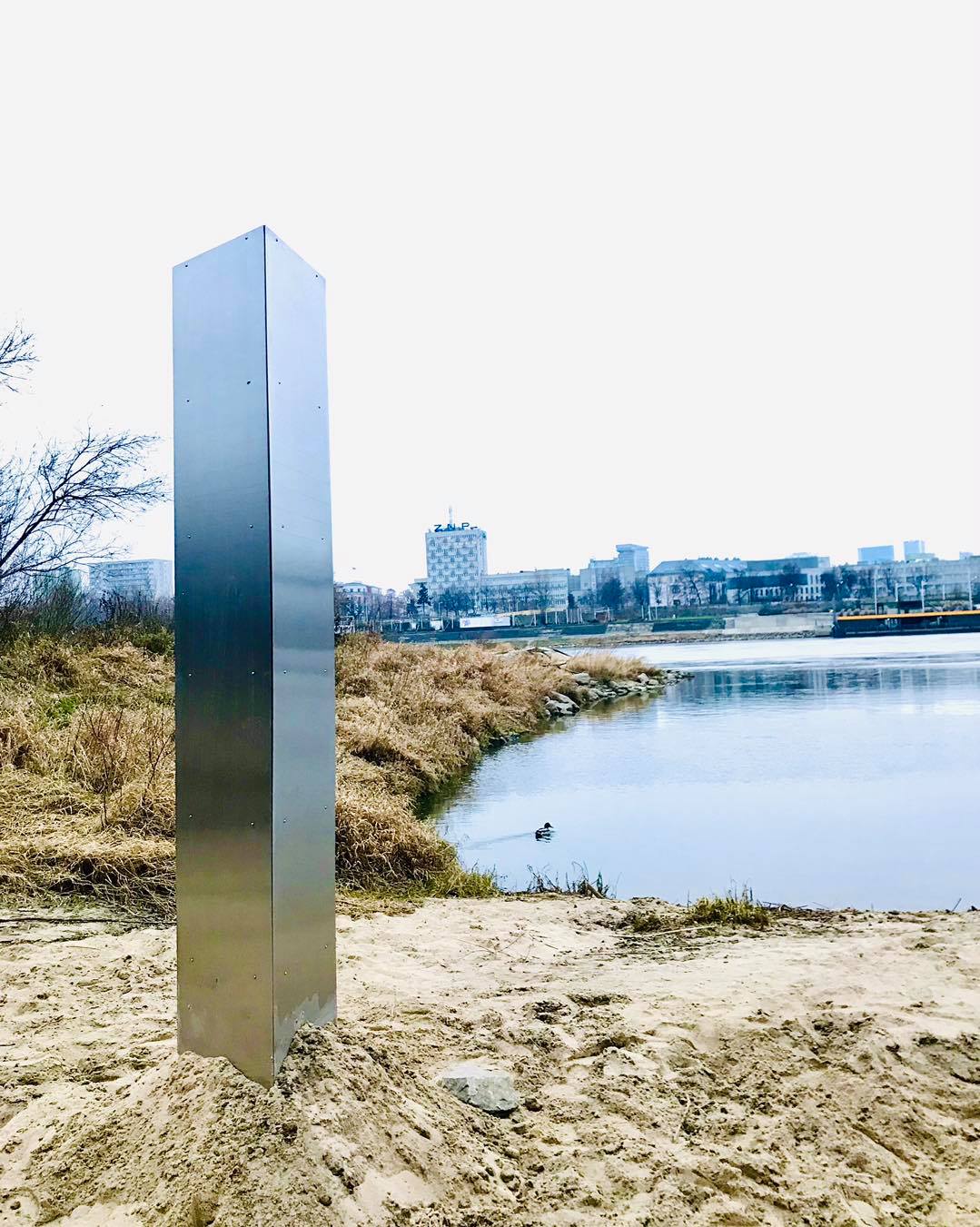 The second monolith appeared on the banks of the Vistula river in the capital Warsaw.Dzielnica Wisła/Facebook

“Nobody saw anything. Unfortunately, there is no monitoring in this place.”

The second monolith appeared on the banks of the Vistula river in the capital Warsaw on Wednesday afternoon. 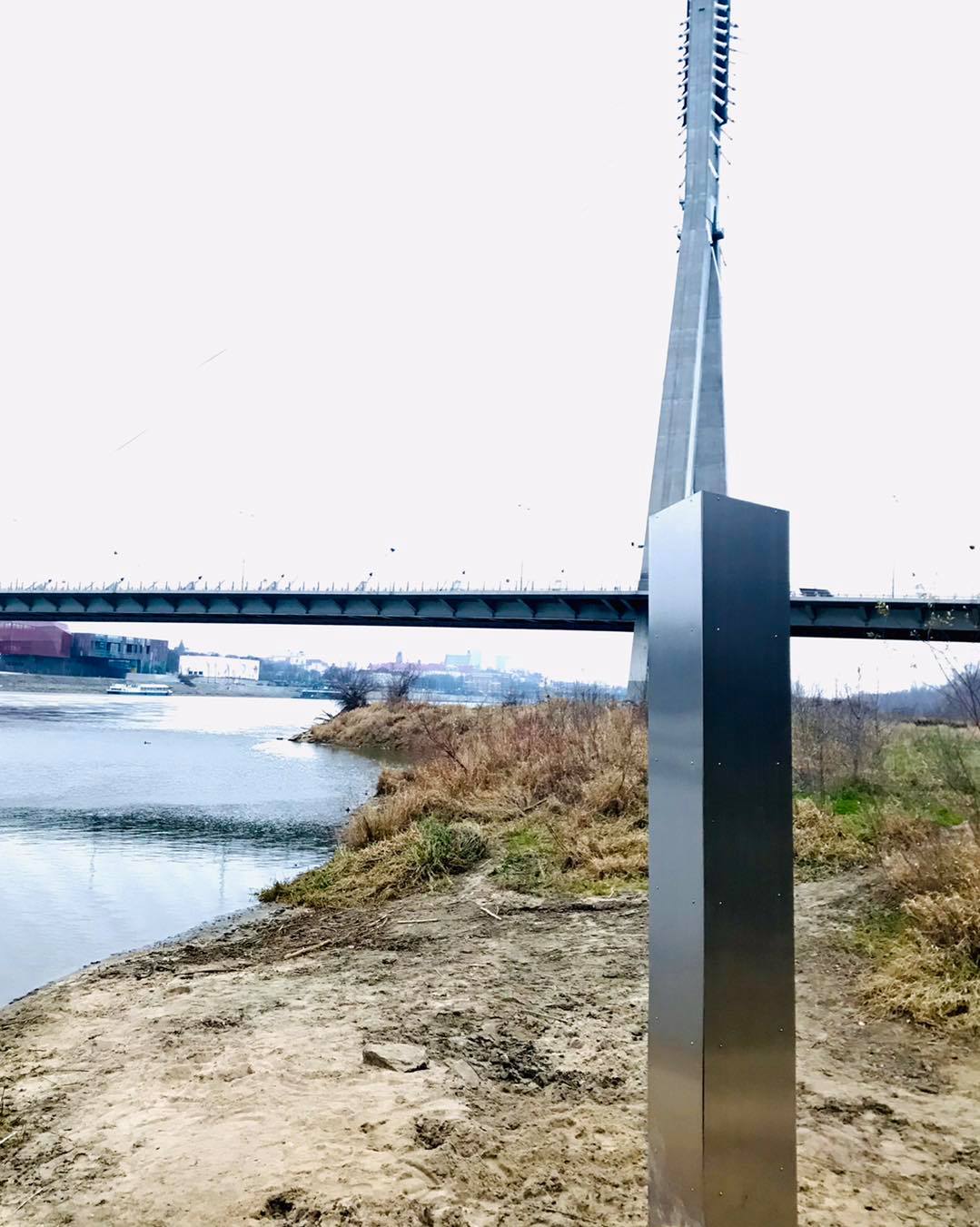 Posting on social media, a spokesman for the district said: “Each trip to the Vistula is an amazing adventure.

“Crossing the river by the Świętokrzyski Bridge on the right bank, a mysterious and unusual installation has emerged from the shore.” 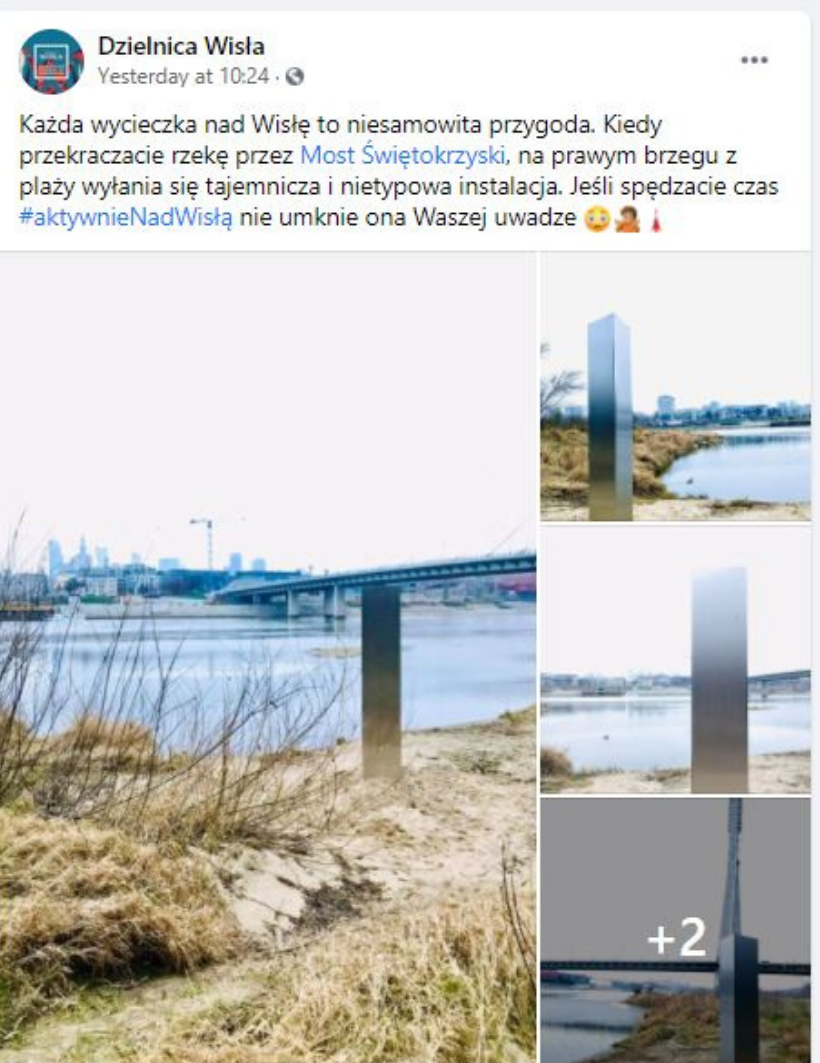 Posting on social media, a spokesman for the district said: “Each trip to the Vistula is an amazing adventure.Dzielnica Wisła/Facebook

Sergiusz Kieruzel, spokesman for Polish Waters Authority said: “This is definitely not our initiative. We will be checking whether there was a permit to set up such an object.”

The Polish monoliths are the latest to be discovered after a similar structure first appeared in the Utah desert last month, sparking comparisons to the Stanley Kubrick film 2001: A Space Odyssey. 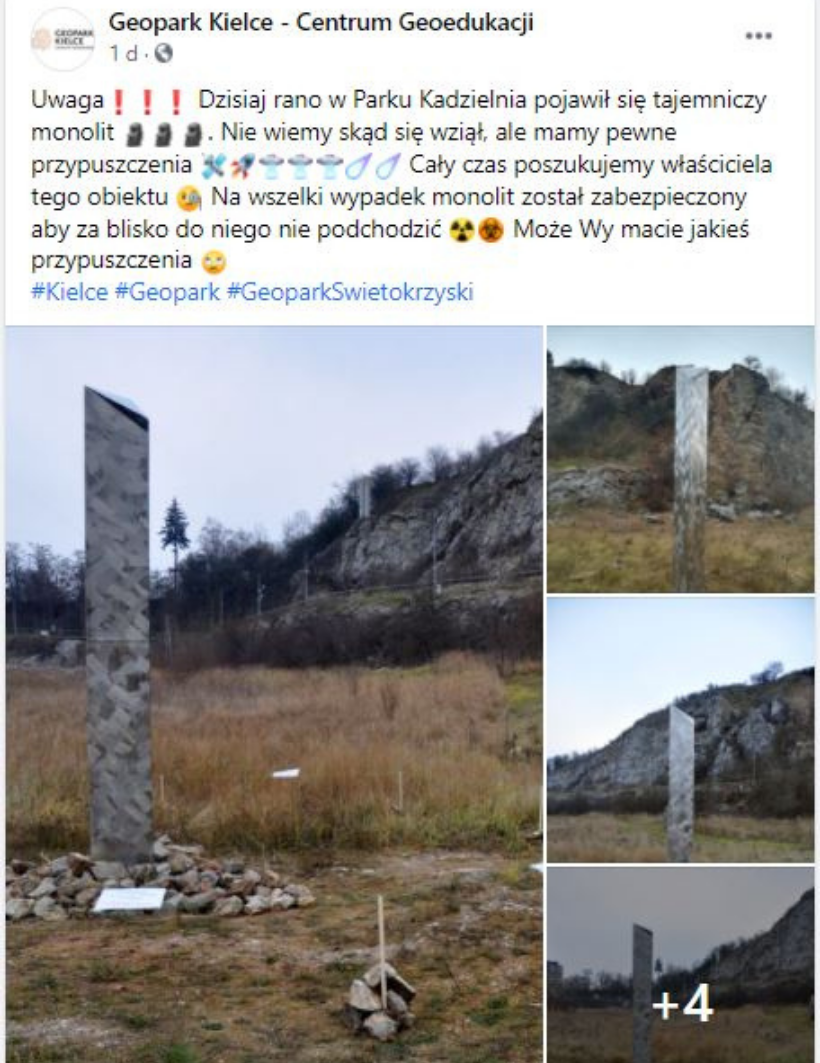 Mystery surrounds where both monoliths came from and who is behind them.Geopark Kielce - Centrum Geoedukacji/Facebook

Others have since popped up across the US, in Colombia, Romania, Holland, and most recently the Isle of Wight on Sunday.

Although it has now been revealed who was behind some of them, with designer Tom Dunford admitting he installed the monolith in the Isle of Wight as a tribute to the others that have appeared, mystery still surrounds who is behind the others.