No way, no plague: was Poland once an island of immunity?

As the corona virus batters Europe some in Poland have claimed that Poles may have, perhaps, some form of immunity to pandemic diseases. They point to history, and the possibility that Poland remained free of the deadliest plague to ever strike the continent, the Black Death.

The medieval plague epidemic was probably the most widespread and lethal of the plagues that have struck Europe over the centuries.

Estimates say that it killed around a third of the continent’s population, and that in some areas it reduced its population by up to 80 percent.

Compared to the deadly viruses that the world is dealing with today, the fate of those infected in the middle ages was horrific.

The Franciscan chronicler Michelle de Piazza described it as follows: “On different parts of the body burning blisters appeared, on sexual organs or on shoulders and neck ulcerative tumours developed. 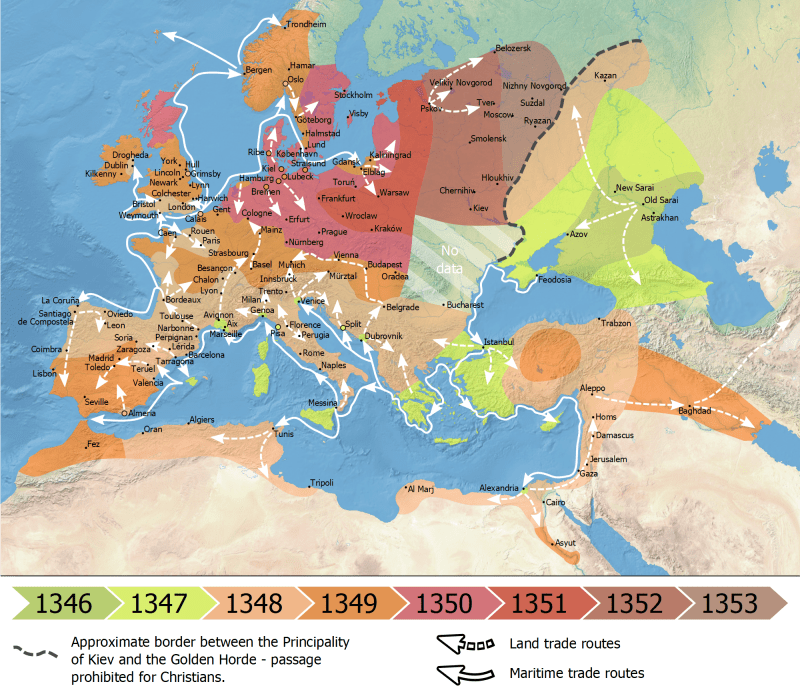 A map detailing the spread of the Black Death.Public domain

As the world currently contemplates its own mortality, many Poles are gaining succour from the belief that Poland was apparently an island of immunity to the deadly disease.

The source of the idea dates back to 1962 when a suggestive map was published showing a huge plague-free enclave covering the kingdoms of Poland and Bohemia.

The map came from an article published by Elisabeth Carpentier summarising knowledge at the time about the black death, and was taken at face value and various theories were put forward to explain it.

One theory was that Poland’s ruler at the time, Kazimierz the Great, effectively quarantined the whole country by banning all foreigners from crossing the kingdom’s borders, thereby restricting the movement of people who were affected.

This would have been difficult to achieve in practice as borders in those days were open. There were no fences and gates. Nor were there such things as passports and border guards.

People could still come and go throughout the country even if they were not allowed into individual cities. 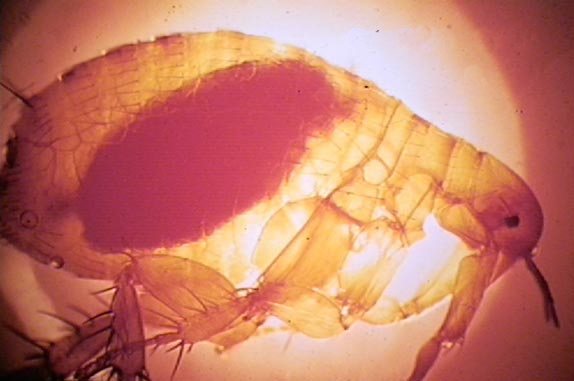 The disease was carried by fleas.Public domain

The next theory was that Poland was too spread out and too sparsely populated for the plague to spread as well as it did in the rest of Europe.

However, other sparsely populated areas in Europe were devastated by the plague.

Another theory centres on cats. In the fourteenth century, Western Europe was undergoing the mass persecutions of the Inquisition, during which the eye of suspicion fell not just on heretics, but also cats.

All of this bypassed Poland, which meant that cats at that time lived peacefully. In fact, killing a cat was a shameful act. Cats killed rats, the fleas on which transferred plague germs, meaning the plague could not spread, so the theory goes.

Suggestions were also put forward that the Poles had genetic immunity as they had originally come from India.

While it is still widely held that Poland avoided the plague, the truth of Poland’s immunity has been questioned in recent years. 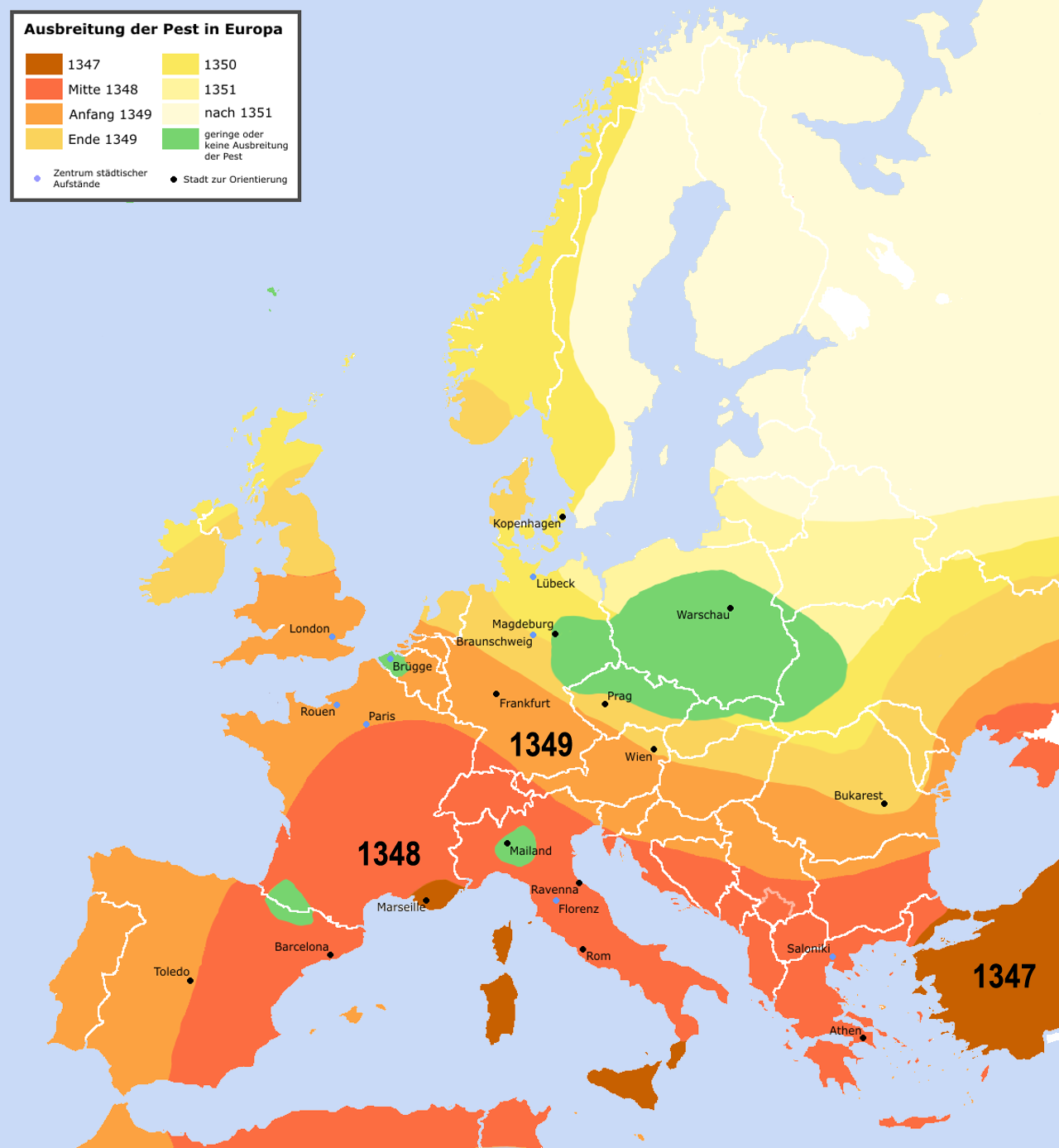 Island nation: a map showing the spread of the disease from 1347 to 1351 with the Polish lands covered in green.Public domain

In 2004, the Norwegian historian Ole Benedictow published a book ‘The Black Death 1346-1353. The Complete History’, in which he showed that no large area of Europe managed to avoid the catastrophe caused by the plague.

Benedictow showed that the threat was invading the Kingdom of Poland from three sides simultaneously.

In the late autumn of 1349, the first outbreaks of the plague were recorded in Elbląg and Frombork. Shortly after the winter had subsided, the plague also entered Gdańsk, and from there, along the trade route up the Vistula, it reached Toruń in 1351.

At the same time, the plague was ravaging Poland’s western borders in Frankfurt on the Oder, a significant centre on the trade route from Germany through Poland to Russia. There were also cases of the plague in Silesia and Hungary.

Proof that the Black Death hit Poland comes from significant demographic losses shown by the increase in salaries of workers in Kraków's and the decrease in grain prices.

This fits in with what was seen in plague-stricken England and France, where high mortality meant not only a sharp drop in the number of people available to work, but also a surplus of food. 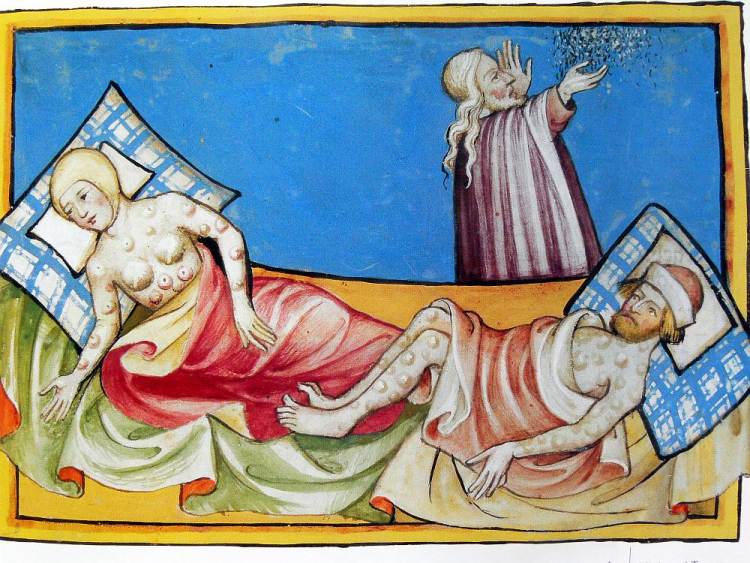 For those who caught the disease, their suffering was acute.Public domain

It is hard to find accurate records of deaths in 14th-century Poland, but data that does exist comes from the rate of deaths of Kraków church and secular dignitaries in 1330-1390.

Results of research published by a team of Warsaw scientists show an over twofold increase in the number of deaths in this group in the years 1371-1373, the years when the third wave of the epidemic swept across Europe.

Interesting results also come from dendrochronology, the study of dating events using tree trunks. In 2009, Swiss scientists showed that the level of forestation in Europe had increased in the 14th-century due to the decline in the population. Their research showed that Poland was no exception.

The extent of the pandemic recorded in the Kingdom of Poland seems to be in line with elsewhere in Central Europe with a peak in mortality between 1370 and 1381 during the second and third waves of the Black Death.

There are many indications that the epidemic in Poland peaked in 1371. The chronicler Janko from Czarnków wrote that the plague took mainly young people and called it “pestis puerorum”, the children's plague.

Discussions as to whether the plague reached Poland will undoubtedly continue. However, even if it did, it certainly did not reach the levels of mortality in other parts of Europe.