For 150 years the Polish Museum in Rapperswil, Switzerland, has been a haven for Poles abroad and an unexpected source of Polish memorabilia and artwork. But with the local authorities wanting the museum out of the medieval Rapperswil Castle it will now have to look for a new home.

The Polish Museum was founded in 1870 by a Polish emigrant, Count Władysław Broël-Plater, in the 13th-century castle built by the Rapperswil nobility. The local community supported the founding of the museum, and also supported it when veterans of the 1863 January Uprising used it as a place to stay.

Through the following turns and tribulations of Polish history, Rapperswil remained a centre for preserving Poland’s national identity while amassing a huge collection. Due to its efforts, in 1927 it could afford to transport to Warsaw, in an effort to enrich Poland’s national heritage, a collection of 3,000 pieces of art, 2,000 historical relics, a military collection, 20,000 prints, 9,000 medals and coins, 92,000 books, and 27,000 archives. 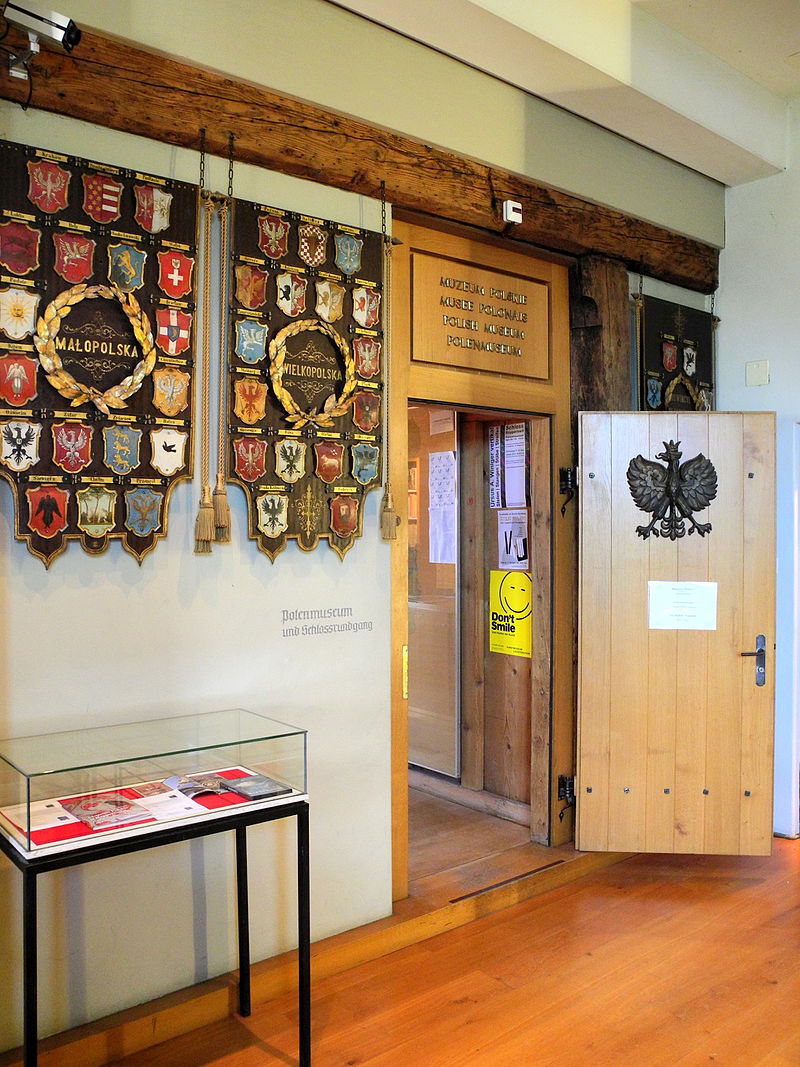 During World War II, the museum took over the cultural guardianship of 13,000 Polish soldiers interned in Switzerland, after fighting in France. Many of the ex-soldiers stayed in Switzerland after the end of the war, working as engineers, scientists, and artists. It was them, who contributed the most to the present museum.

Over the years, the castle provided shelter for many notable Poles. Among them was writer Stefan Żeromski, who lived and worked there for four years.

Despite the value the Polonia places on the castle, the local authorities in Rapperswil have decided to commercialise the 13th-century building, and, as a result, plan to modernise it, and it will be gradually privatized. In the new plans for the castle, there is no place for the Polish Museum, its place being probably taken by a restaurant. 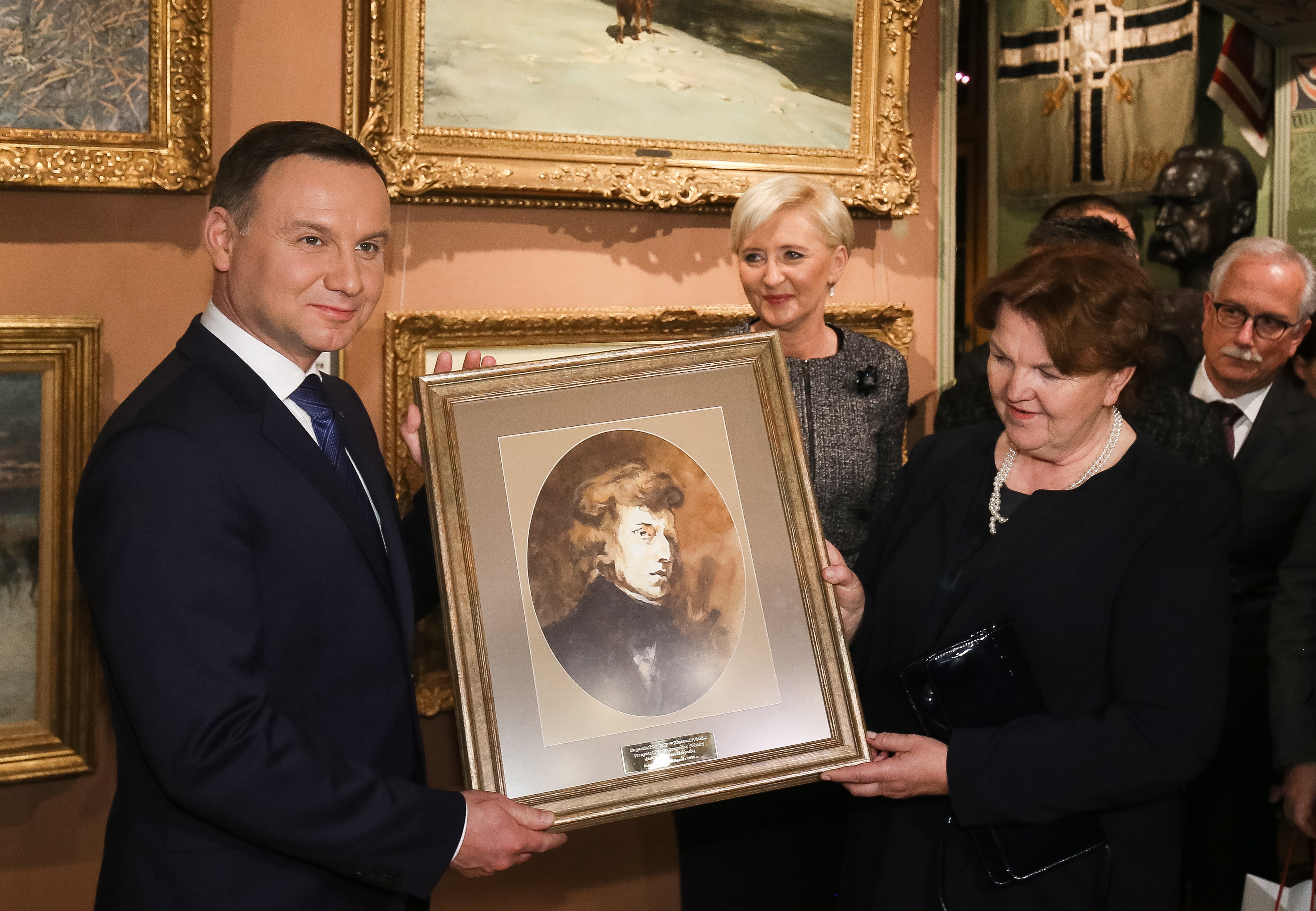 President Duda and his wife Agata (centre) visit the museum in 2016.Paweł Supernak/PAP

“The Polish Museum in Rapperswil has always been, and still is, directed to both the local community and foreign audience” Anna Buchmann, the museum’s director, told TFN. “Foreigners make up 85 percent of the visitors.”

For years, the museum has served the local population by organising concerts and temporary exhibitions, which have also included Swiss performers and artists. Rapperswil locals can enter the museum free of charge, and if it wasn’t for the Polish exhibitions and the association supporting them, the castle would be entirely closed to visitors.

“The main task of the museum is to inform people about the history of Poland, its neighbouring countries, historical relations between Poland and Switzerland, as well as displaying Polish art,” the director said. “The library collection is a source of information for Swiss and German journalists, while the archive is a resource for researchers of Polish history and literature.” 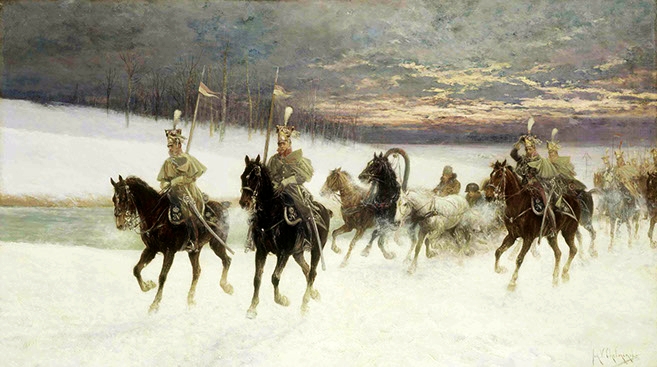 Just one of the many paintings hung in the museum.Public domain

The museum’s collection is full of unexpected curiosities and mementos left by some of the most famous Poles. Apart from a variety of paintings by Józef Brandt, Józef Chełmoński, Teodor Axentowicz, and Jacek Malczewski, there is also a priceless a collection of 102 miniatures by Wincenty Lesseur from the end of the 18th century, a gift from the Tarnowski family.

The museum also has a collection of paintings by Hanna Weynerowska - aka Kali, an artist from San Francisco, completely unknown in Poland.

Other artefacts include historical mementos such as a medallion containing some of Tadeusz Kościuszko's hair, his watch, Henryk Sienkiewicz's armchair, and the so-called silent keyboard used by Jan Ignacy Paderewski to practice playing. 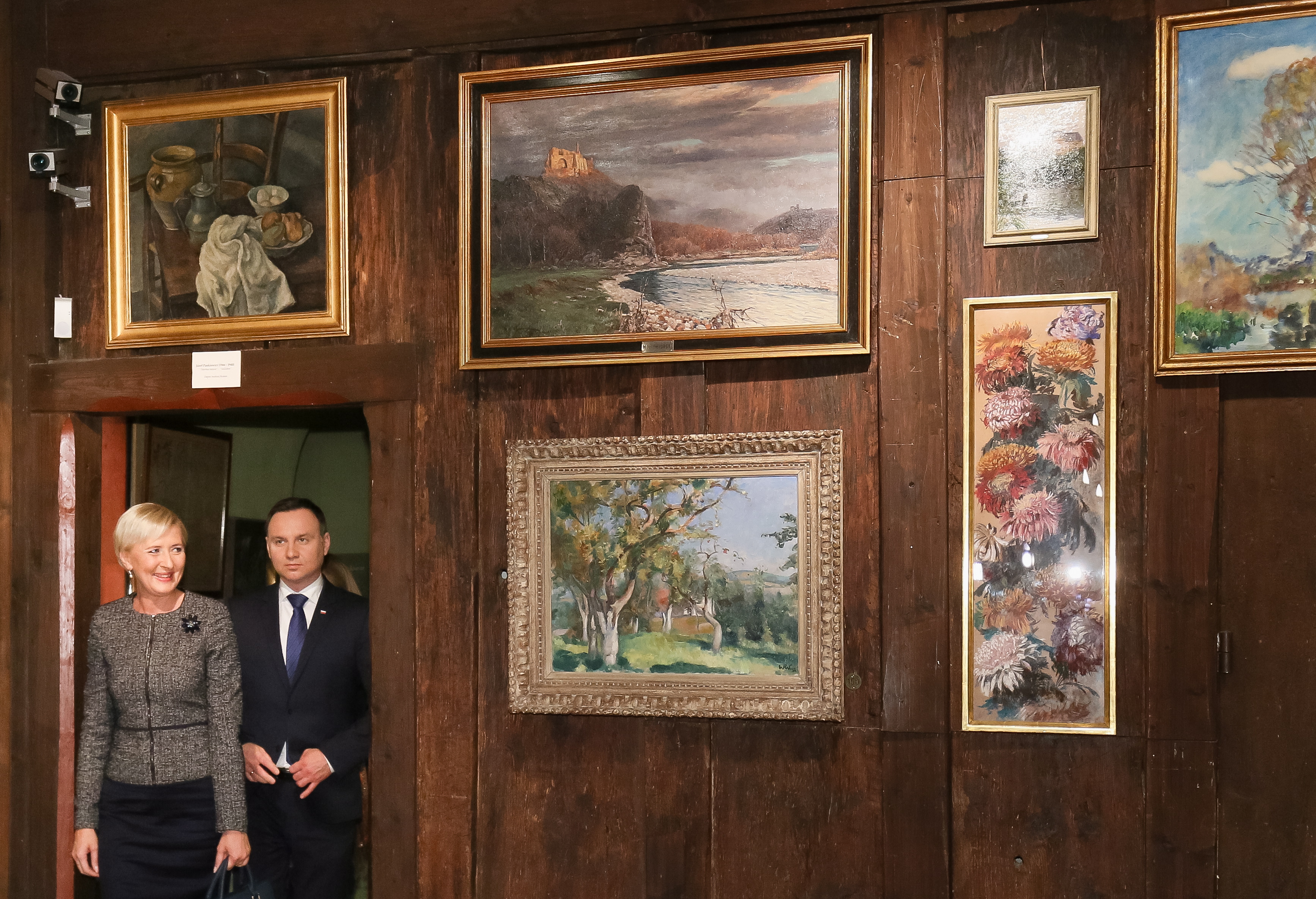 The museum library, apart from illegal books and newspapers from communist times, contains emigrant magazines and Polish literature in foreign languages, as well as collections of graphics and old prints, including the original edition of Copernicus' work.

The archive contains documents on Polish exiles, and the archive of the 2nd Rifle Division, interned during the Second World War in Switzerland.

“The collection, just like the museum, is private property. The loss of its historical setting is very painful, but at the moment we are unable to influence the authorities’ decision, which has decided, after 150 years of the museum's existence, to remove it from the castle,” said Buchmann.

“At the moment, discussions are underway on the form of the future museum, and how it will function. The decision will be made by the members of our association. Undoubtedly, it would be an irreparable loss for the museum to abandon Switzerland,” she concluded.