An experiment with an Israeli flag has revealed shocking levels of anti-Semitism in Germany.

The reaction of passersby to the stunt, which saw the Star of David flag placed in three large German cities to gauge the responses, was described as ‘fightening’.

German newspaper Bild put the flag in streets in Berlin, Munich and Frankfurt.

In Frankfurt, the flag was removed in 81 minutes by one person, in Munich after 61 minutes, while in central Berlin the flag was taken down in less than 42 minutes. 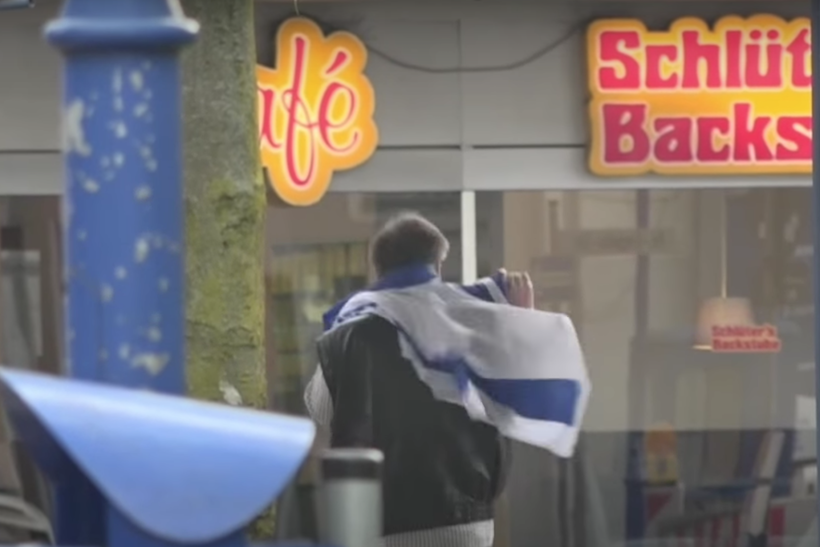 A video filmed by Bild shows the passersby in Munich first ignoring the flag, only to return a few minutes later to angrily rip it from its post.

In Berlin, two young men removed the flag placed near a train station, with one of them trying to unsuccessfully set it on fire.

German politicians and Jewish leaders have now slammed the behaviour of the passers-by and the public manifestations of anti-Semitism. 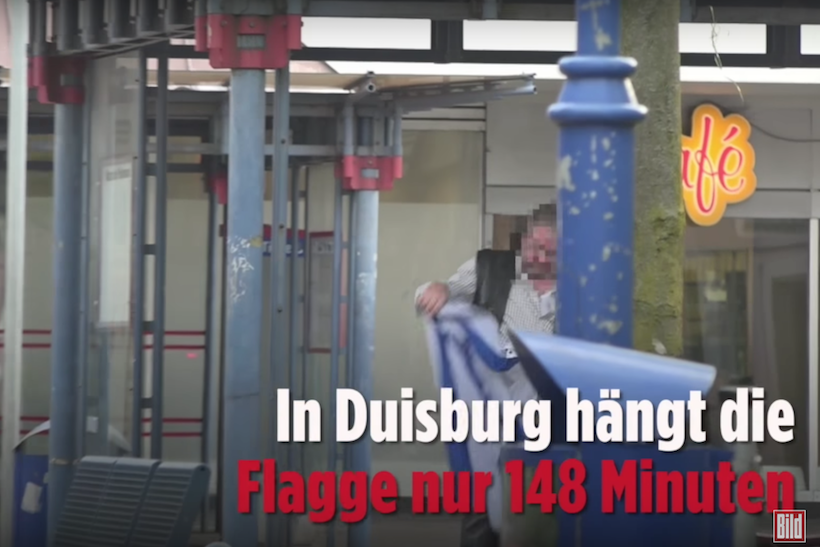 In Duisburg the flag was hanging for only 148 minutes

Germany’s Foreign Minister, Heiko Maas, said: “The tearing down of the Israeli flag is something we will not tolerate in Germany, we are clearly against any kind of anti-Semitism."

Michael Muller, spokesman for the Berlin municipality, also condemned the actions saying: "Jewish life is part of this city - hatred is not." 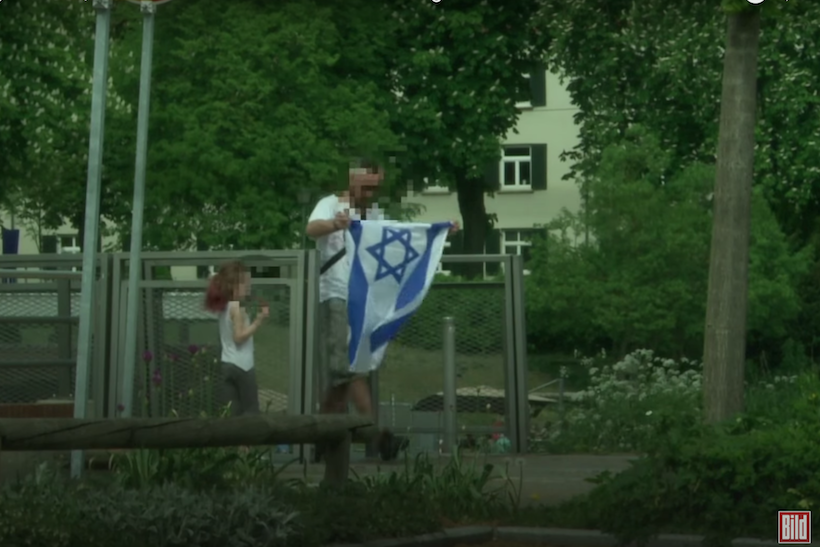 Charlotte Knobloch, President of the Munich and Upper Bavaria Jewish community, told Bild: “Unfortunately, there is a deep-rooted hatred of Jews in some Arab and Muslim milieus. Anti-Semitism also exists in other social classes. Anti-Semitism has turned from taboo into a norm in German society.” 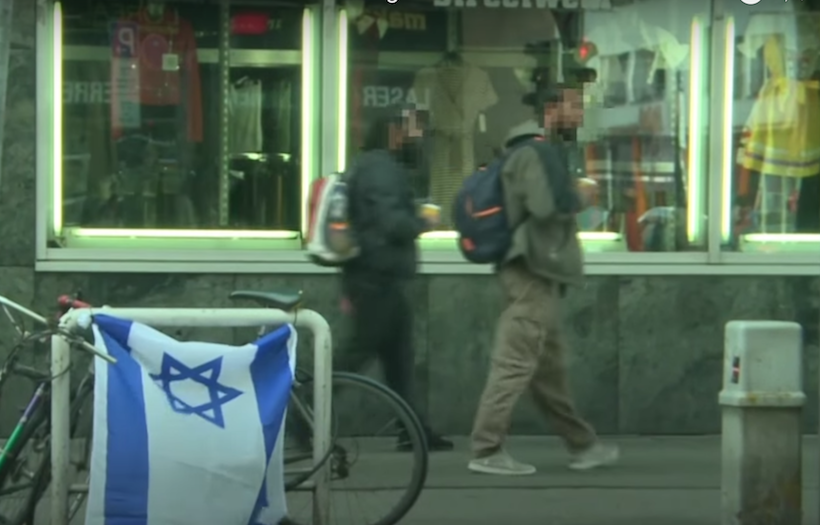