A powerful new film about the heroics of a WWII resistance fighter has begun filming in Poland.

The film called Kurier (The Courier), tells the story of Jan Nowak Jeziorański who during the Second World War was one of the key figures in the Polish resistance.

A man of extraordinary courage who was serving as an emissary between the commanders of the AK resistance movement (Home Army) and the Polish Government in Exile, as well as other allied governments, he came to be known as the Courier from Warsaw.

The film is directed by Władysław Pasikowski, one of the most significant names in post-communist Polish cinematography. His film Psy (1992), (literally Dogs, but known under the English title Pigs), became a living classic of contemporary Polish cinema, being an unattainable pattern of crime, and political, thriller.

For Kurier, Pasikowski has cast a formidable lineup of both Polish and international acting talent including Mirosław Baka, Adam Woronowicz and Zbigniew Zamachowski. 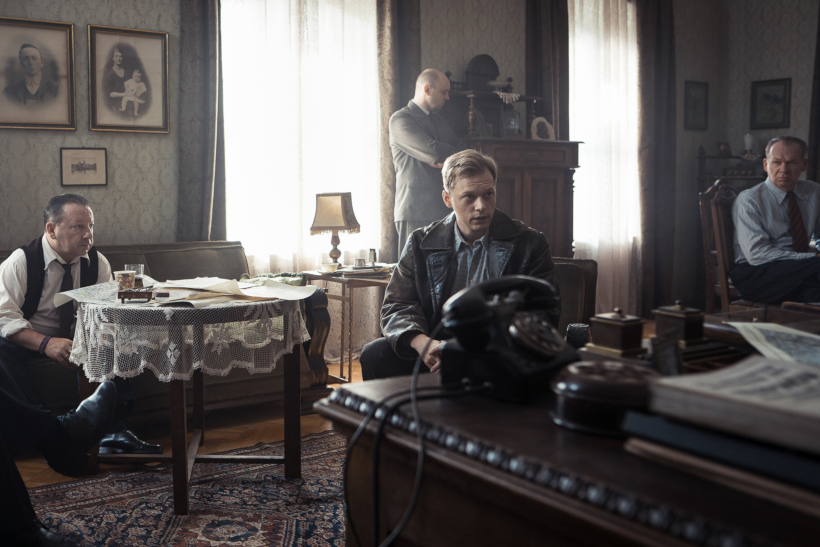 In the Kurier we will see some of the best Polish actors, like Zbigniew Zamachowski (L) or Mirosław Baka (R)
(Bartosz Mrozowski/KURIER)

The main character, Jan Nowak Jeziorański, is to be played by the talented Philippe Tłokiński, a Polish actor born and educated in France.

The main female characters are portrayed by Patrycja Volny, a German-born Polish actress (the daughter of the famous Polish singer-songwriter Jacek Kaczmarski), and Julie Engelbrecht, a French-born German actress (and daughter of Constanze Engelbrecht, one of the most popular German actresses in the 80’ and 90’), who starred in The Last Witch Hunter (2015).

Talking to The First News, Julie said: “I was very happy to have the opportunity to come and see the [Warsaw] Uprise Museum (sic) and actually learn about the story of Jan Nowak Jeziorański, about how courageous he was, what a hero he was to go back and forth between the Government in Exile in London and here, [occupied Poland], which was very difficult at that time, because of being followed by so many spies.”

The director of the Warsaw Uprising Museum, which is one of the producers of Kurier, Jan Ołdakowski, said of Pasikowski’s latest venture: “We want to make a film which shows a Pole who carries out very important actions during WWII.”

To add to the dramatic mood of the film Magdalena Górka, a California-based Polish director of photography, was brought onboard. She plans on giving the film a ‘saturated colour effect, saying: “I get inspiration from Edward Hopper paintings.”

The premiere of the film is scheduled for the first months of 2019.

One of the world’s most influential writers, today marks the 126th anniversary of Bruno Schulz’s birth