An exhibition devoted to the work of Stanisław Ignacy Witkiewicz, one of the most outstanding European artists of the 20th century, opens today in Warsaw’s National Museum.

Eclectic, mercurial and eccentric, Witkiewicz, known to the world as Witkacy, was a versatile artist, philosopher, writer, photographer and penetrating critic of civilisation.

A visionary ahead of his time, his insights and catastrophic prophecies make him as relevant today as he was in his lifetime. 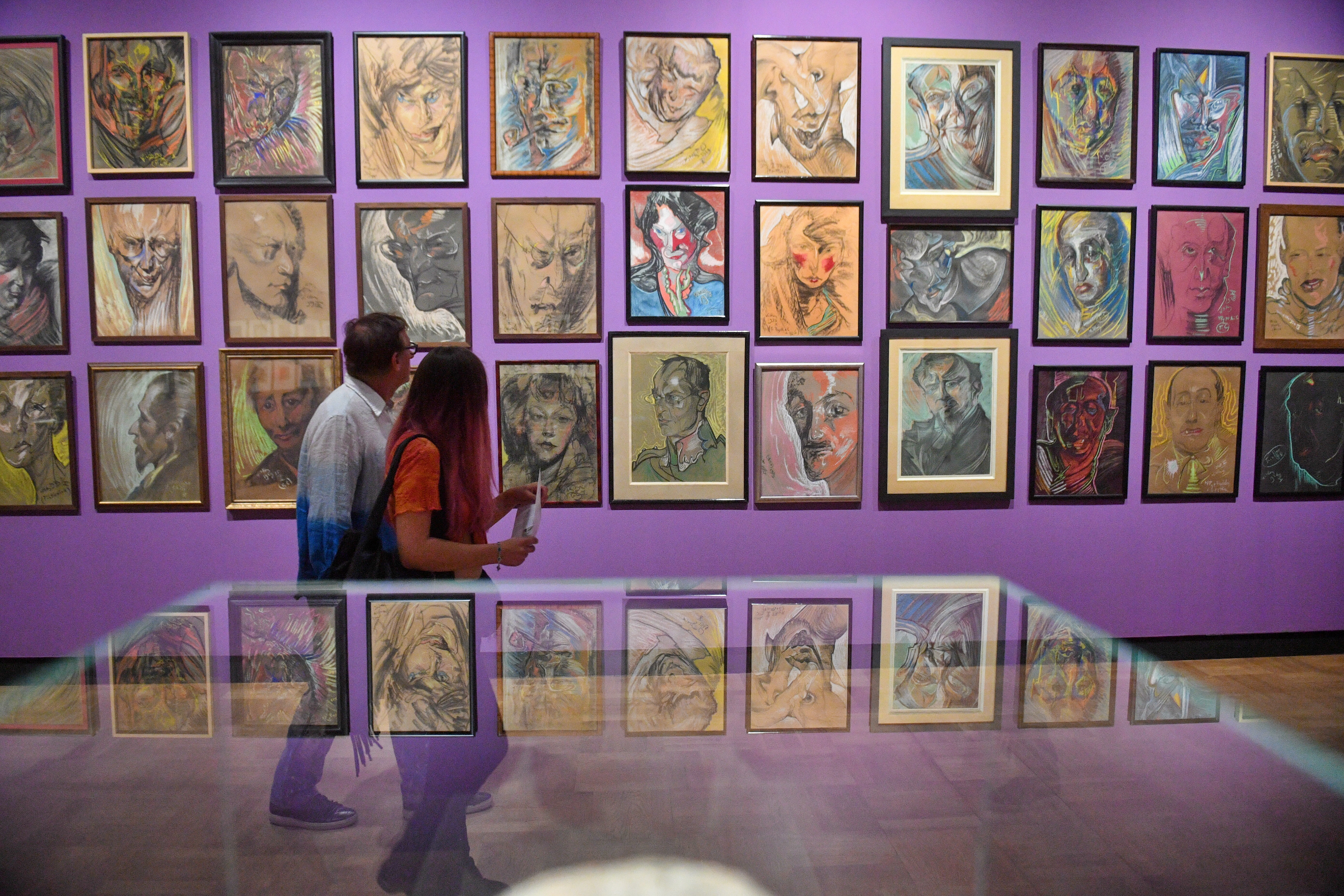 The exhibition rejects a traditional chronology of the artist’s life and opts instead for an overview of themes that were important to him, including the cosmos, movement, the body, artistic vision, metaphysical experience, history and the crisis of culture.Radek Pietruszka/PAP

It is said that his contemporaries were not ready for him, that the world had yet to grow up to his thought.

He was a total artist whose personal life, many relationships and experimentation with psychedelic drugs made him one of the most colourful and eccentric characters of the interbellum art scene.

Entitled ‘Seismograph of the Age of Acceleration’, the exhibition displays almost 500 works by the artist from the museum's own collection and from numerous museums and institutions in Poland, as well as rarely presented works from private collections.

The exhibition rejects a traditional chronology of the artist’s life and opts instead for an overview of themes that were important to him. 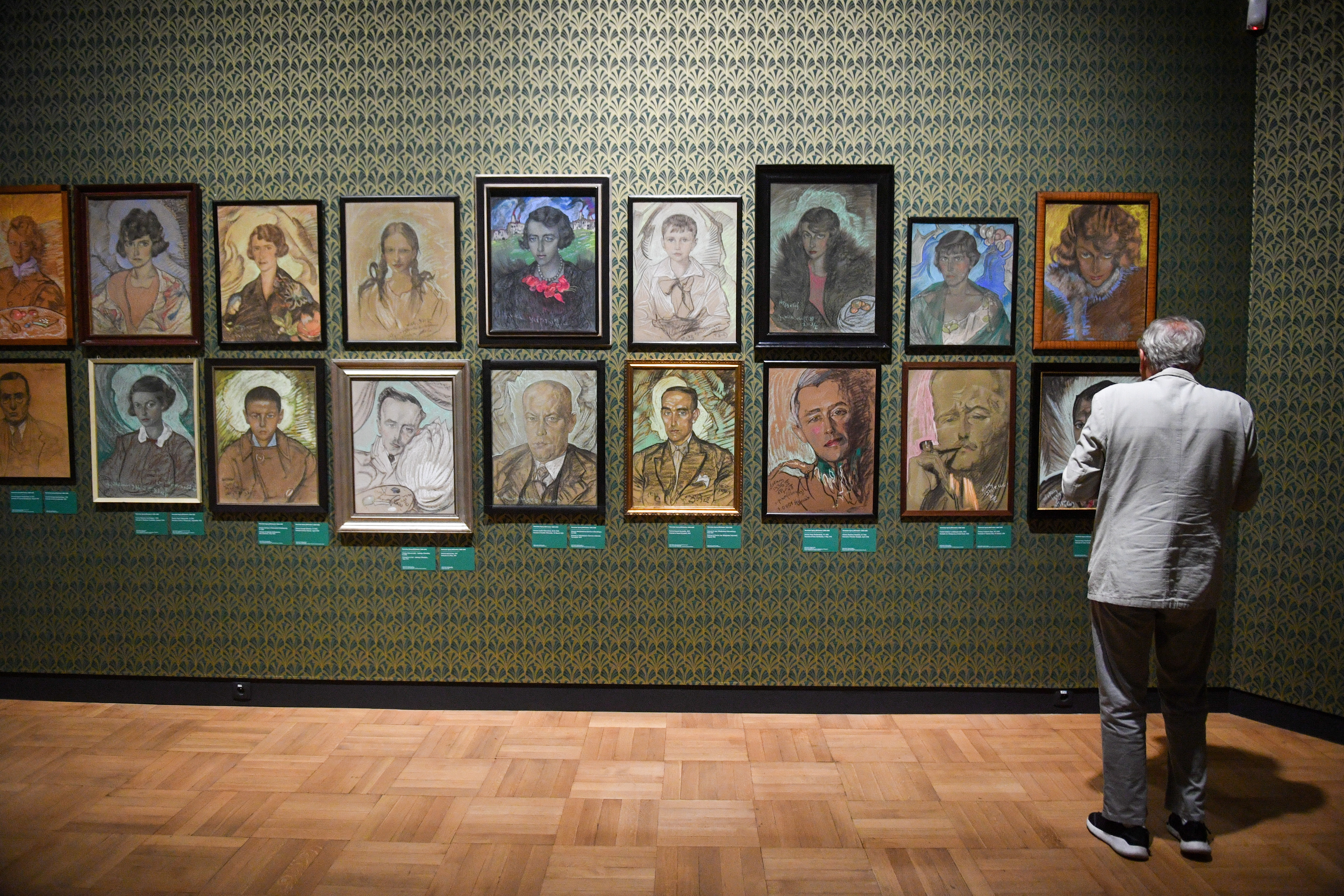 Witkacy specialised in unique portraits in which the artist used his intuition to create psychological portraits of his subjects, often resulting in deformed and abstract images.Radek Pietruszka/PAP

These include categories such as the cosmos, movement, the body, artistic vision, metaphysical experience, history and the crisis of culture.

Witkacy’s exuberant life and suicide the day after Stalin invaded Poland on September 17, 1939, have been a point of fascination for decades.

He experimented with drugs long before altered states of consciousness began to inspire hippies, and his portraits feature mysterious symbols that refer to the substances under whose influence Witkacy created. 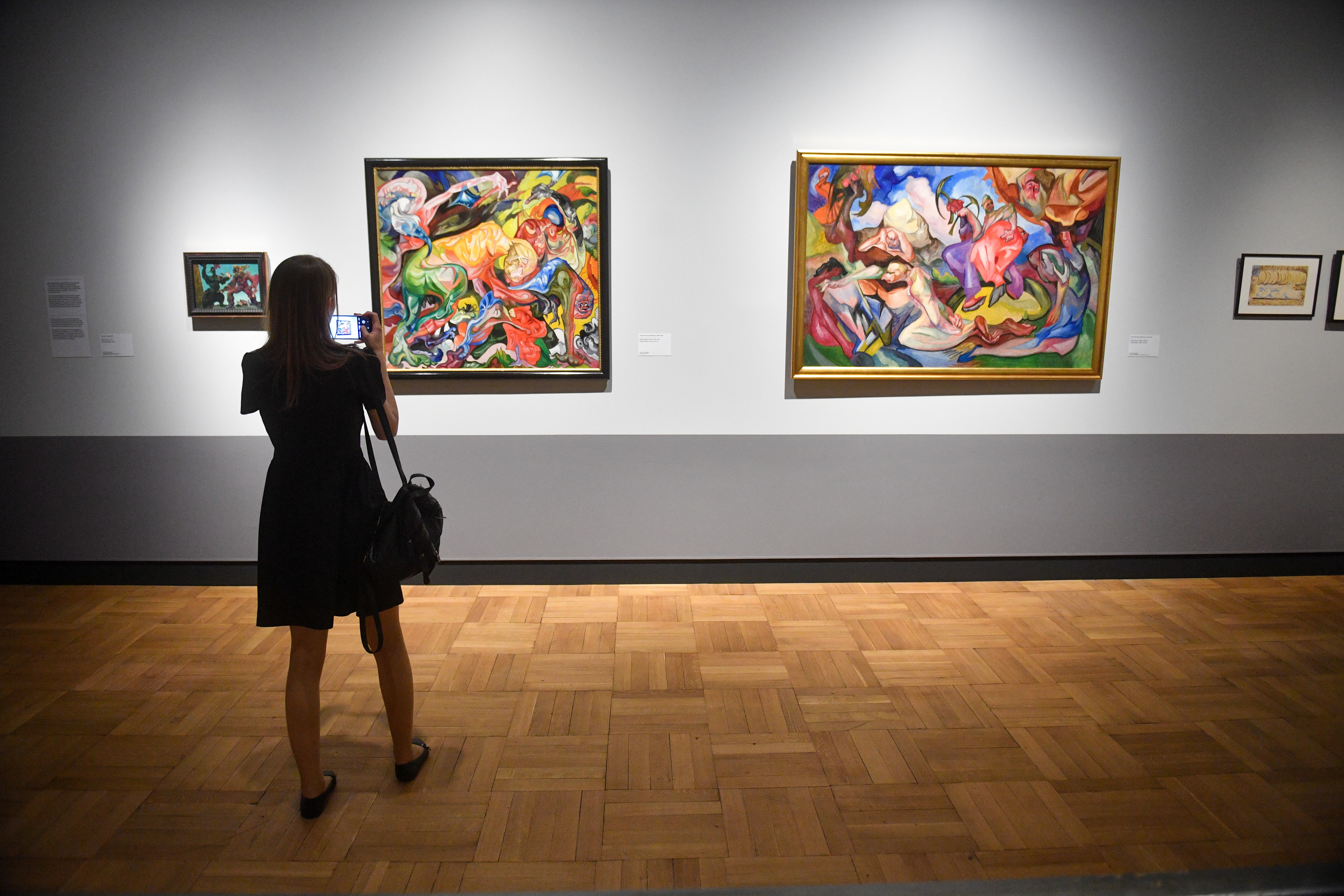 Witkacy came up with the theory of Pure Form, which stated that art should be free of rules and that it should evoke metaphysical feelings in audiences. He feared that they would disappear, and art would become completely commercialised.Radek Pietruszka/PAP

He was fascinated by psychedelics. He described his experience with the Mexican cactus peyote as an extraordinary journey into his own colourful visions.

After this he decided that he could die peacefully, because he had already seen what the afterlife looked like.

However, exhibition curator Zofia Machnicka is more cautious about Witkacy in this regard. She told TFN: “He took psychedelic substances purely as part of artistic experiments, even under the supervision of a doctor.

“Our perspective today about those kinds of narcotics comes from after the Vietnam War and the hippy movement, after which they were banned. However, in Witkacy’s time, people had a completely different view on those matters.” 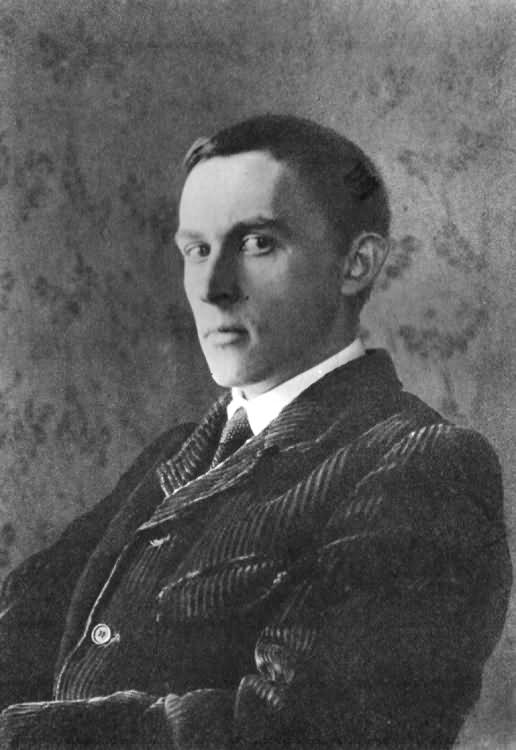 Perhaps the one true narcotic in Witkacy’s life was women. They were an important source of inspiration for him, especially as there were so many of them over the years.

Biographers have calculated that throughout his life he had affairs with around 80 women. Some of the relationships were tragic and left a mark on Witkacy.

One such relationship was with Jadwiga Janczewska. He met her virtually by accident, because, ill with tuberculosis, she came to the Tatra Mountains for a cure and stayed in Witkacy’s mother's boarding house.

They fell in love with each other, but Janczewska could not cope with Witkacy’s constant mood swings and affairs, which caused numerous quarrels. 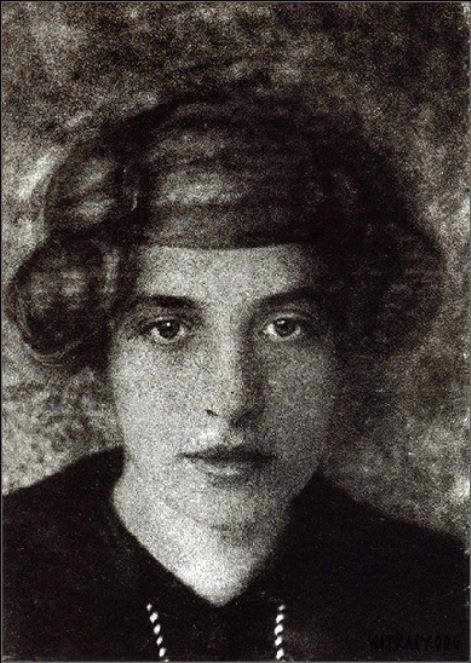 Witkacy fell in love with Jadwiga Janczewska during an accidental meeting in the Tatras. She later killed herself following one of their frequent rows.Public domain

Their relationship was so turbulent that, after one affair, Janczewska committed suicide at the Pisana Rock in the Koscieliska Valley by shooting herself in the heart. After a post-mortem, it emerged that the woman was pregnant.

Another event that cast a shadow over his life and may even have, indirectly, contributed to the end of it, was the Russian Revolution, which Witkacy observed during stays in Moscow.

During the First World War, he surprised his family and friends by joined the Tsarist army. As an officer in the Russian Imperial Guard he reportedly fought valiantly, was wounded, and recuperating in Moscow he was present at the agony of the empire and the birth of the new revolutionary order.

He remained silent about these events afterwards, but traces emerged in the prophetic, terrifying visions of the future he included in his novels and dramatic works. 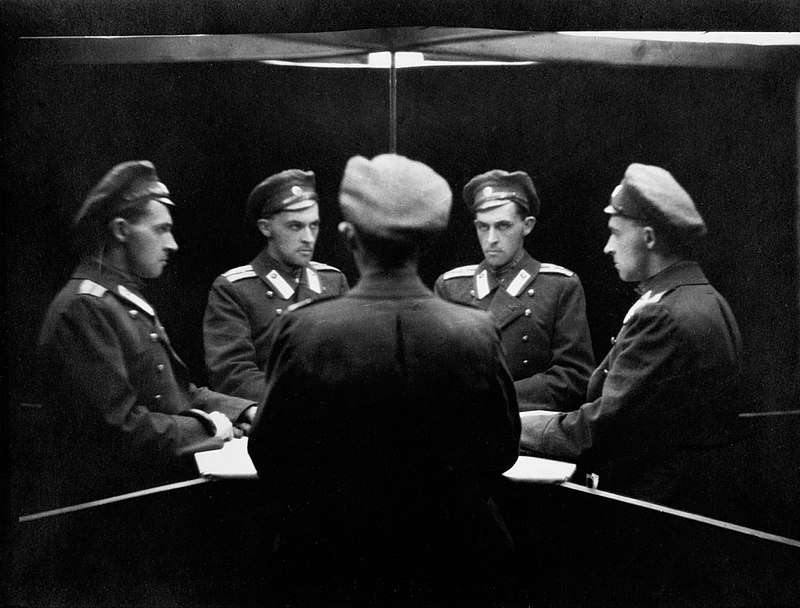 In June 1918, he broke away from revolution-stricken Russia and returned to Zakopane. His experience of Bolshevism in Russia, as well as the birth of Nazism in Germany, strengthened his extremely pessimistic views about the blind course of history.

The interwar years saw the main flowering of his creativity. Witkacy created his own vision of art in what became known as Formism, which was a modern national style.

Witkacy came up with the theory of Pure Form, which stated that art should be free of rules and that it should evoke metaphysical feelings in audiences. He feared that they would disappear, and art would become completely commercialised. 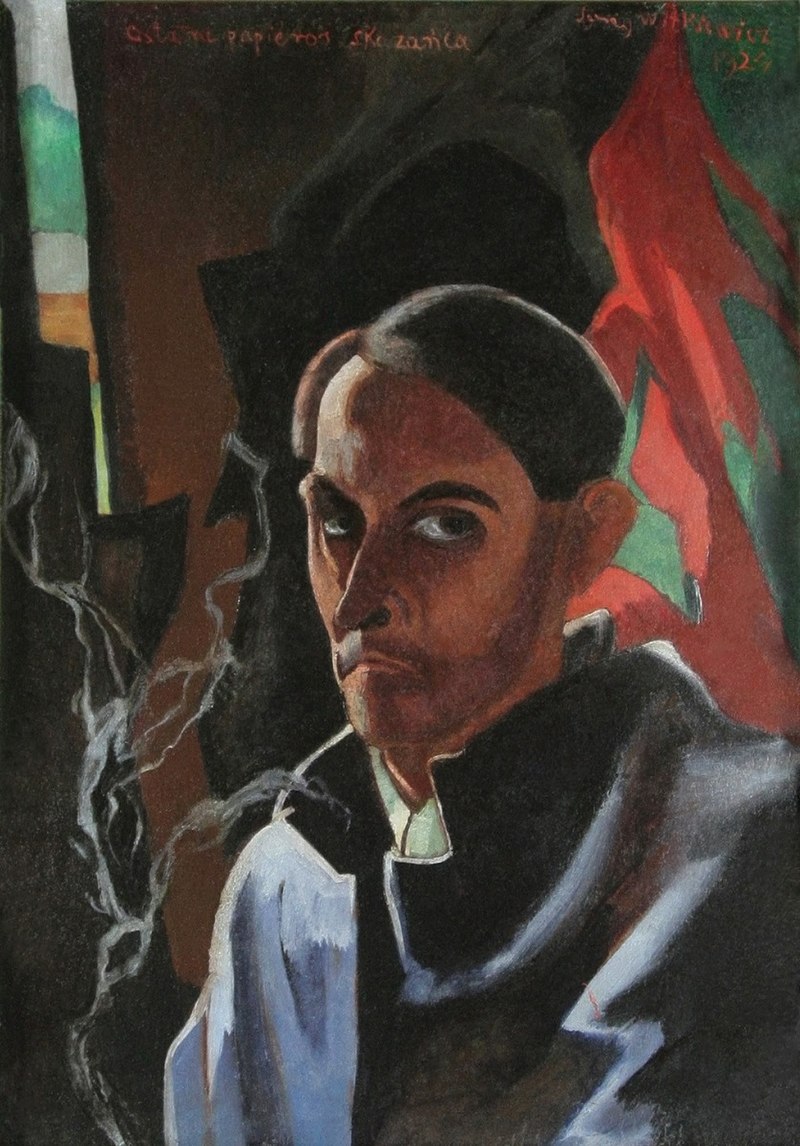 It is said that his contemporaries were not ready for him, that the world had yet to grow up to his thought.Public domain

Alongside this, Witkacy specialised in unique portraits in which the artist used his intuition to create psychological portraits of his subjects, often resulting in deformed and abstract images.

In 1925, he set up a portrait business which he gave the ironic name: The Portrait Company of S. I. Witkiewicz.

They were his source of livelihood and, according to estimates, he created thousands of them. Artists, philosophers, representatives of the intelligentsia, politicians, numerous friends and acquaintances posed for him.

A condition of becoming a customer was to read and accept the detailed rules of the 'Portrait Company' in their entirety. One of its points was a categorical prohibition on making comments on the resulting work. Making critical judgements was considered unacceptable by the 'company'. 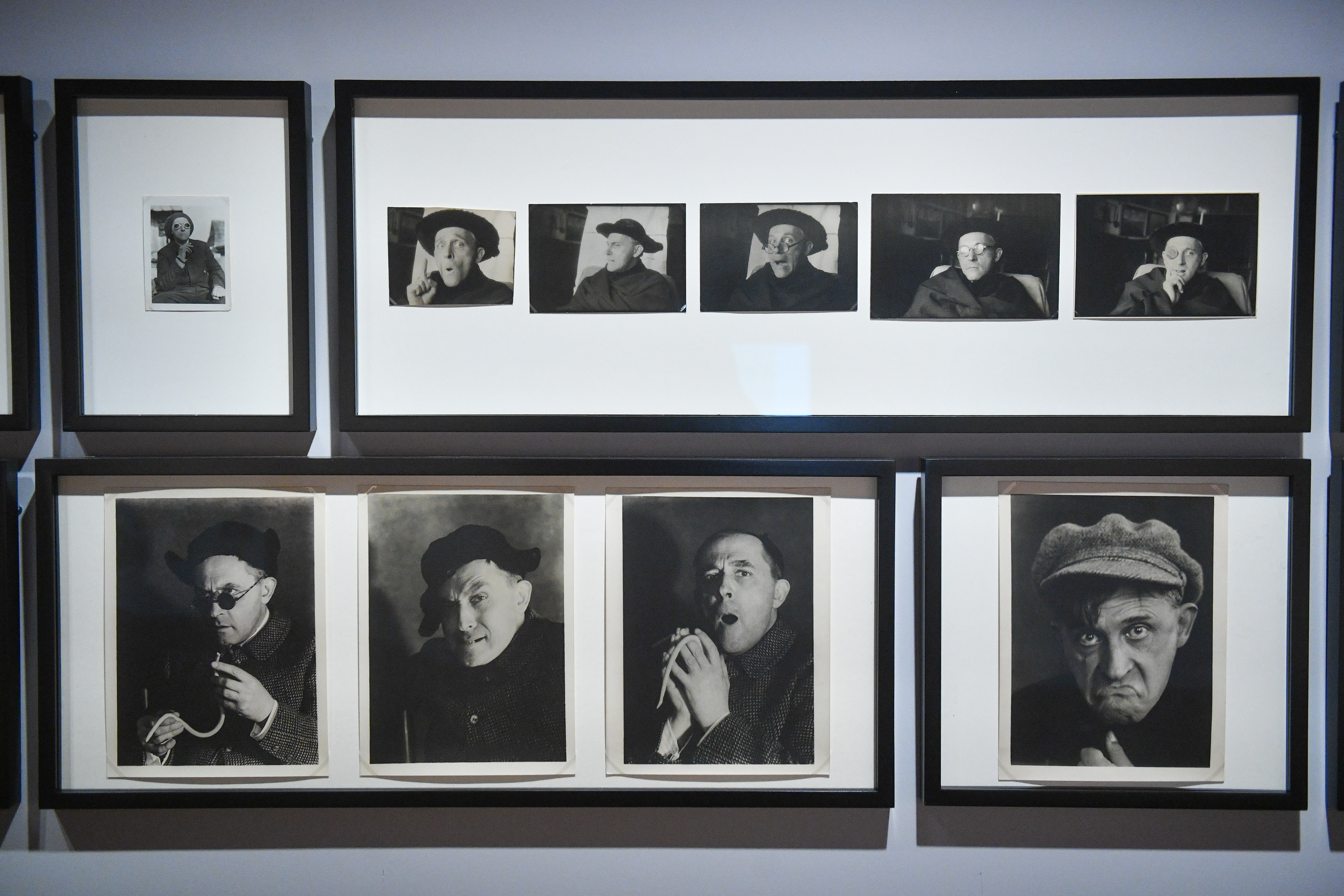 Witkacy’s exuberant life and suicide the day after Stalin invaded Poland on September 17, 1939, have been a point of fascination for decades.Radek Pietruszka/PAP

Witkacy did not value his portraits very highly and did not regard them as art. He informed customers that he would not accept complaints and if the sitter was not pleased with the result, they would pay a third of the price and the company would keep the portrait.

Witkacy's death was as extraordinary as his life. When war broke out in 1939, he was in a great depression. He decided to flee from the Germans to the east and wait out the war there.

He was accompanied by his lover Czesława Oknińska, who later described their last moments together. On 17 September, the couple heard news coming from the radio that the Red Army had entered Poland. The following day he was dead.

The exhibition opens Friday 8 July and runs until 9 October 2022.