Recently TFN reported on the extraordinary and ancient stone chest uncovered in Deir El-Bahari in Egypt. A film crew was present when the discovery was made, while it was working on a documentary and biopic about the tenacious archaeologist and Egyptologist Professor Andrzej Niwiński.

TFN spoke to director Monika Krupa and the professor himself to bring to light the secrets of Thutmose II’s tomb and the 30-year-long journey which will hopefully end with its discovery.

In March last year Niwiński’s team uncovered a stone chest from 3,500 years ago in the rubble above the Temple of Hatshepsut in Deir El-Bahari. The extraordinary find indicates an untouched royal tomb could be nearby buried beneath the sands that have hidden it for thousands of years. 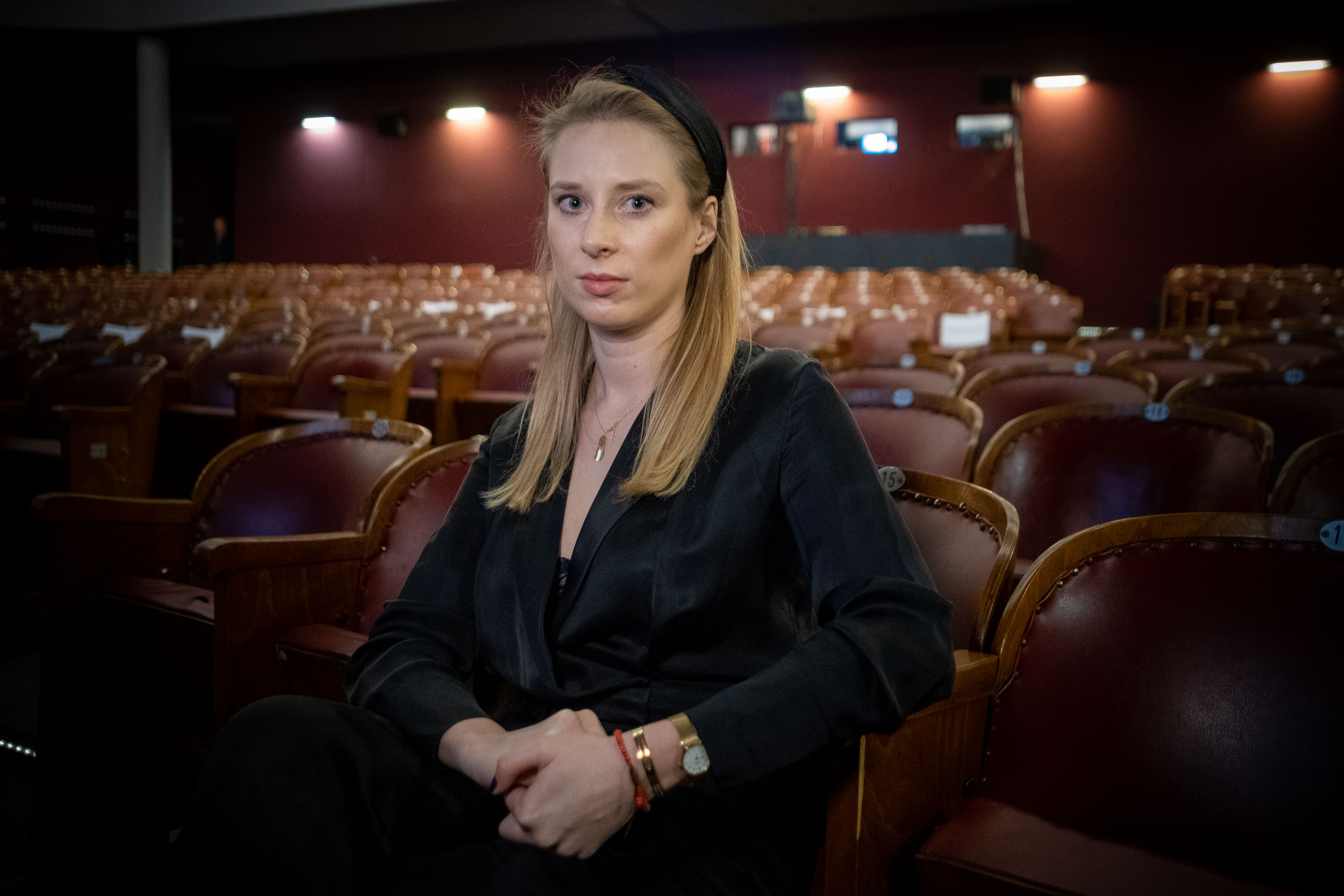 Monika Krupa: knew straight away that she wanted to make a film about the professor.Kalbar/TFN

But for Professor Niwiński, the road to the tomb started when he was just a teen. “As a child, like many others, I wanted to be an explorer. I imagined that an explorer is someone who explores some new islands, some piece of land. I read books about travellers. But then the sad truth came to me that everything had already been discovered,” he recalled.

A turning point came when Niwiński received a book about the history of archaeology ‘Gdy słońce było bogiem’ (When the Sun was God) by Zenon Kosidowski during a summer camp.

“After reading this book, I was 13 years old, I came back home to Warsaw and told my parents, I will become an Egyptologist. Since then I have only been faithful, but faithfulness is an important value.” 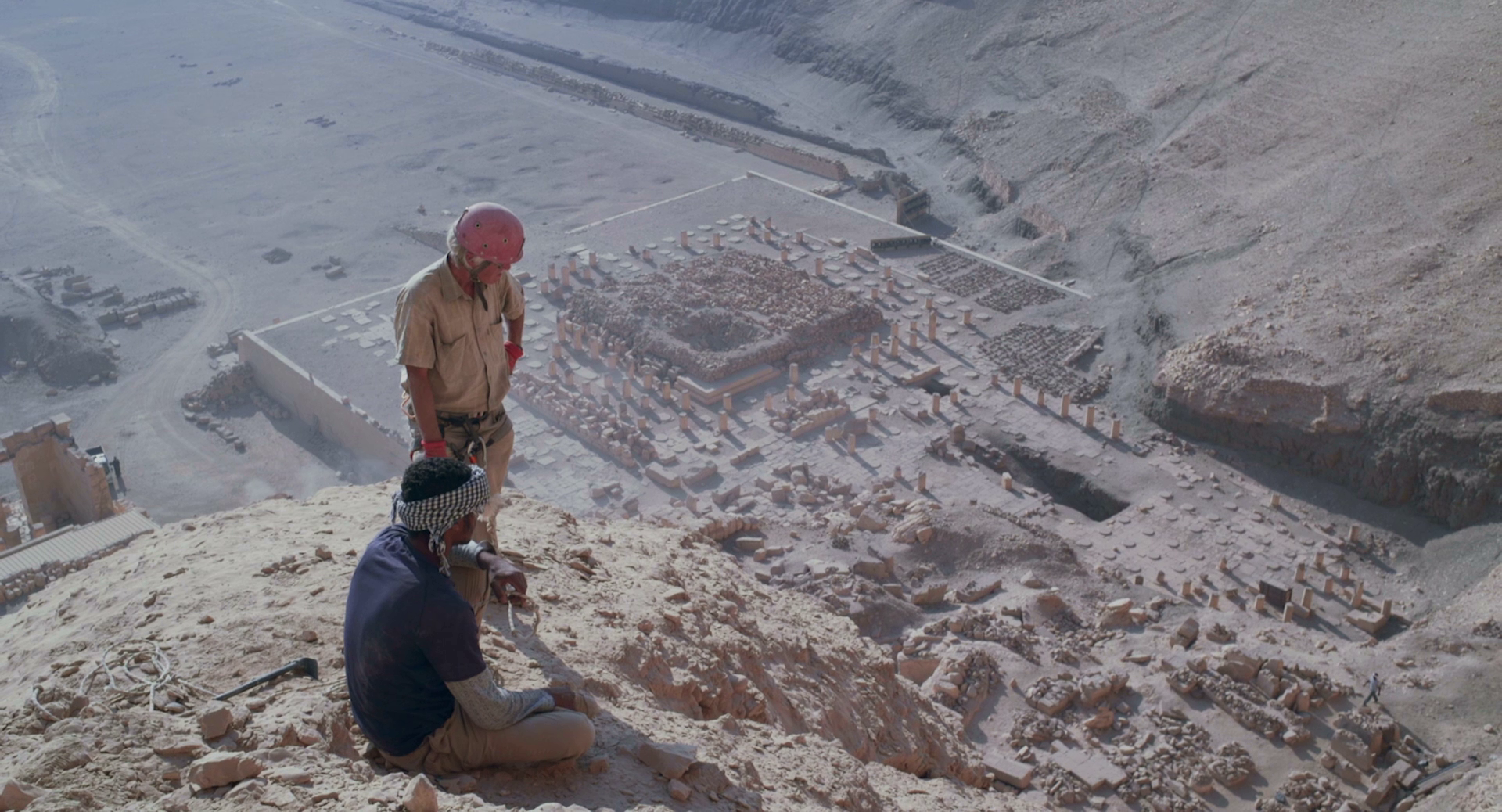 Niwiński has been hunting above the Temple of Hatshepsut in Deir El-Bahari.Press materials

This unwavering conviction led him not only to studying under the renowned professor Kazimierz Michałowski, often called the father of Polish archaeology, but also to countless months spent in Egypt starting in 1972. Since 1999, Niwiński has traveled to Egypt every year as part of the Polish-Egyptian Mission in Deir El-Bahari.

The professor said: “My first mission to Egypt was in Deir El-Bahari, at the Hatshepsut Temple [Poles have been working there since 1961 – TFN]. Then it turned out that above the Temple there is a mysterious shelf halfway up the cliff on with traces of human activity, so I wanted to investigate it. This is where the cliff mission came from.  I already had an idea to look into it at the end of the 80s, and it took me 10 years to make it happen.”

Convinced tomb is there, Niwiński dedicated his life to finding it. For 15 years he deciphered documents indicating where the tomb may be located, and then for the next 15 years he removed 3,000 tonnes of rock, layer by layer, from the slope in Deir El-Bahari. 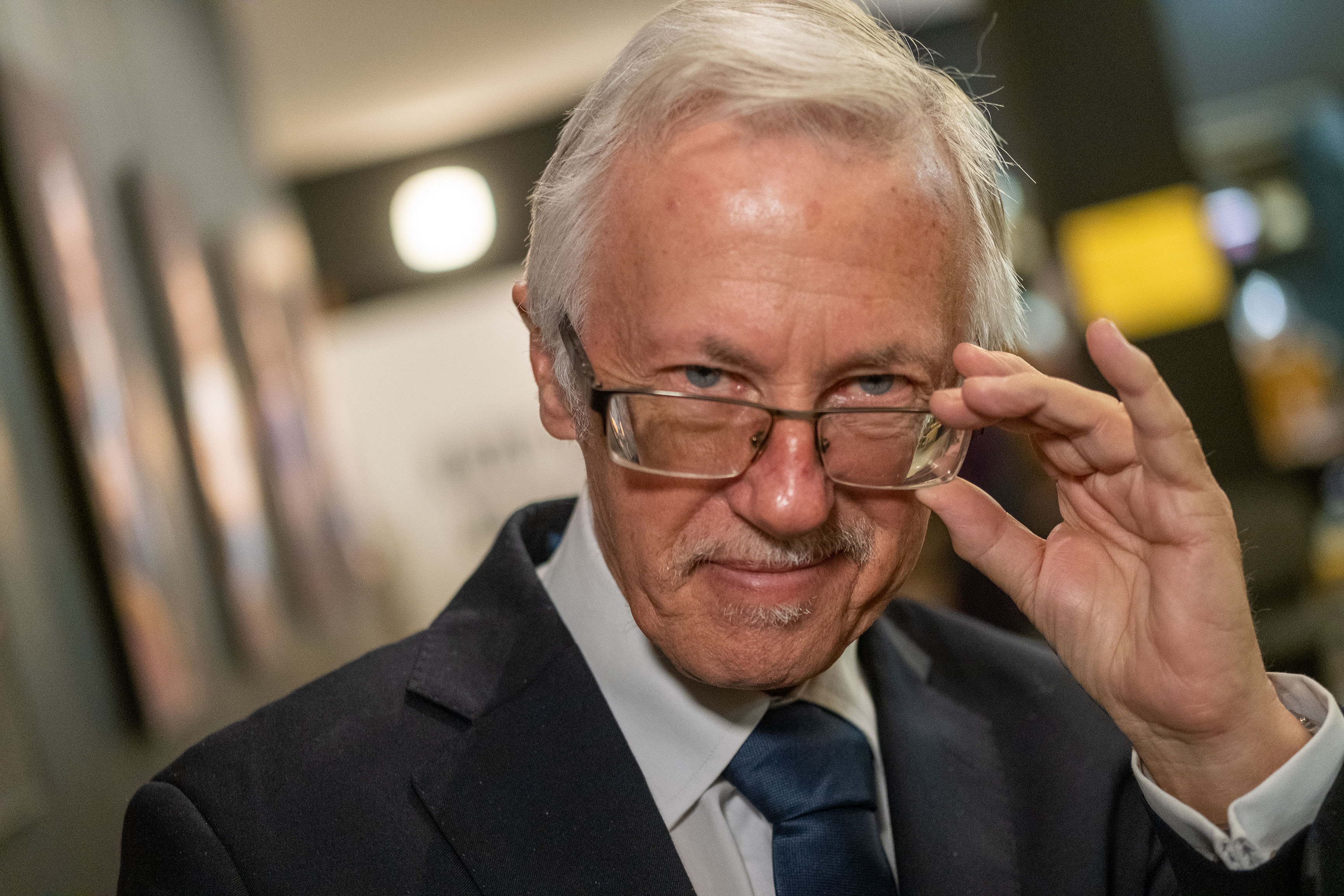 “After reading this book, I was 13 years old, I came back home to Warsaw and told my parents, I will become an Egyptologist,” says Niwiński.Kalbar/TFN

Now with the discovery of the royal deposit, all signs point to the tomb belonging to pharaoh Thutmose II.

For many years, it was believed that the mummy of Thutmose II was discovered in 1881 by a tomb-robber named Abd el-Rassul in a cache with over 50 other bodies of royals and high priests.

The mummies were badly damaged and moved there in ancient times to preserve them. As Professor Niwiński explained, a 1987 French study of the life of Thutmose II provided univocal proof, that it couldn’t be his body. “The tomb of Thutmose II was never discovered and I hope we're a step away from finding it,” added the Egyptologist. 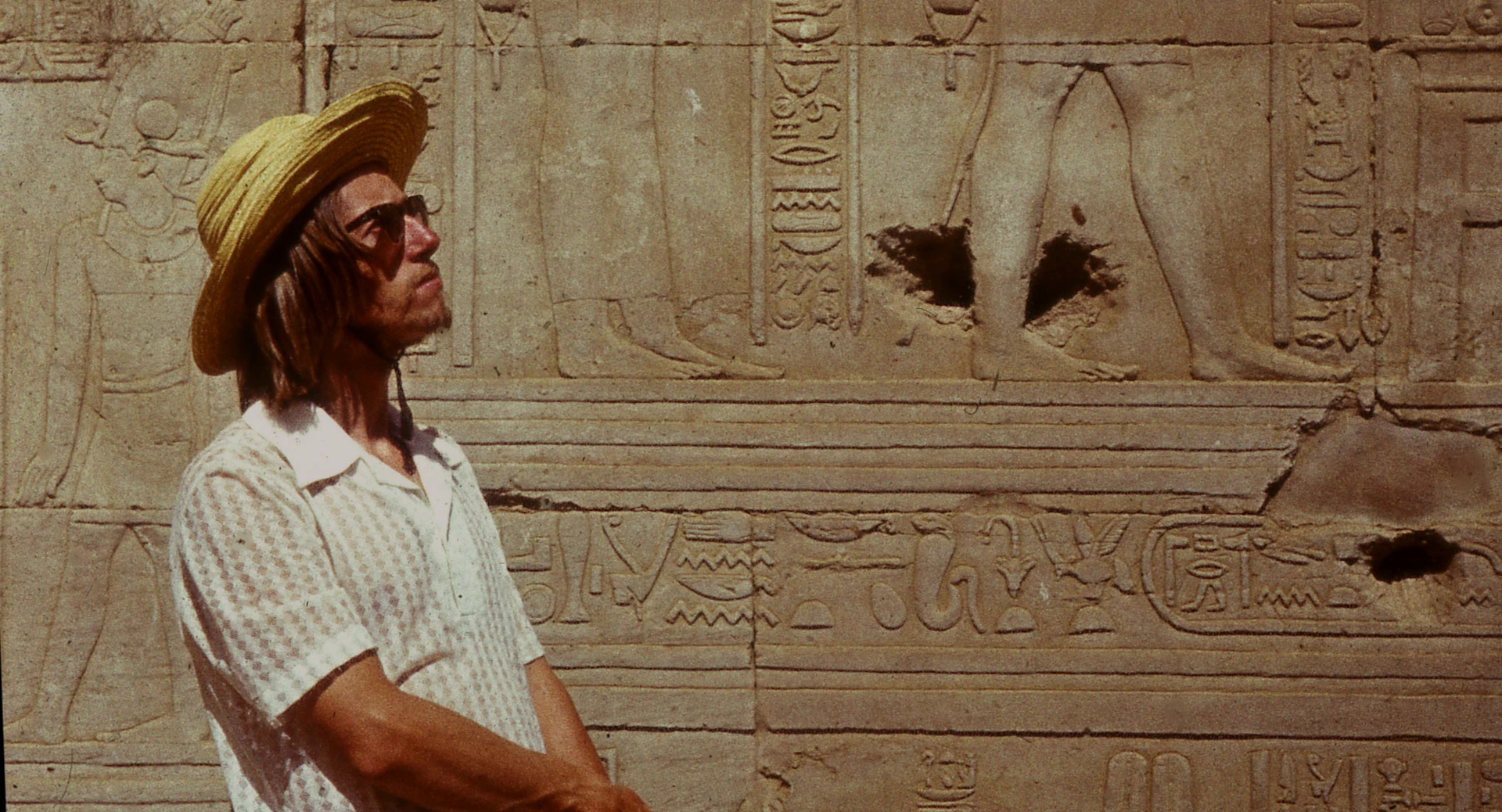 He has been travelling to Egypt since 1973.Press materials

Now, feeling confident of imminent success he said: “I still have two dreams that I want to come true. One is very close to happening. What we have discovered so far indicates that we are literally on the brink of discovering the tomb of Pharaoh Thutmose II. I’m also convinced that some 40 meters from it, above the Temple of Hatshepsut, there is another intact royal tomb. I'd like to discover both.”

Monika Krupa, a graduate of the Łódź Film School, was searching for a story idea for her first movie when she attended the ‘Poles over the Nile’ conference to hear archaeologists report on their work in Egypt and Sudan. Seeing Professor Niwiński’s passion and confidence, she knew straight away she wanted to make a documentary about him.

Krupa approached the professor after the conference and he agreed to take part in her project. She told TFN: “After two years when we became friends, he admitted that he agreed only for the sake of some peace and quiet.” 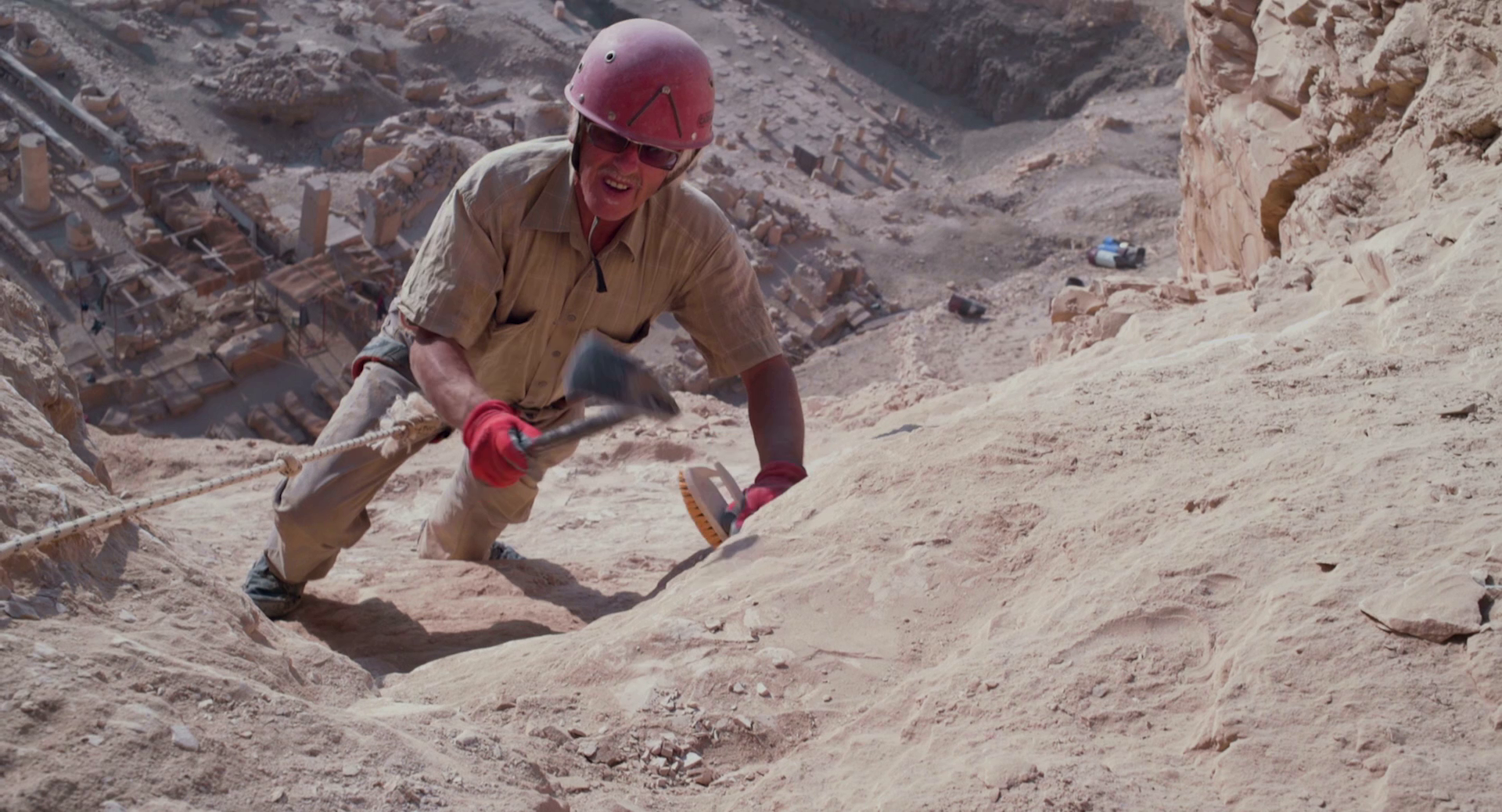 “I’m also convinced that some 40 meters from it, above the Temple of Hatshepsut, there is another intact royal tomb. I'd like to discover both,” says Niwiński.Press materials

Professor Niwiński had a similar recollection: “Monika, whom I didn’t know, approached me and said she was going to make a movie about me. I didn’t believe it, I thought she was going to fail. But even if she won’t make it, why would I say no?”

The young director managed to overcome the problems of funding and Egyptian bureaucracy and began filming in Egypt: “Since 2014 we have been to Egypt four times during the missions led by the professor. In 2019, when we thought that the film was finished, he invited us to accompany him one last time.

“As always, we went together with the cinematographer. We took a camera to record something for the professor, some kind of a diary perhaps when extraordinary things started to happen. The professor started digging up objects he had been waiting for for 30 years. So we had to completely redo the film.” 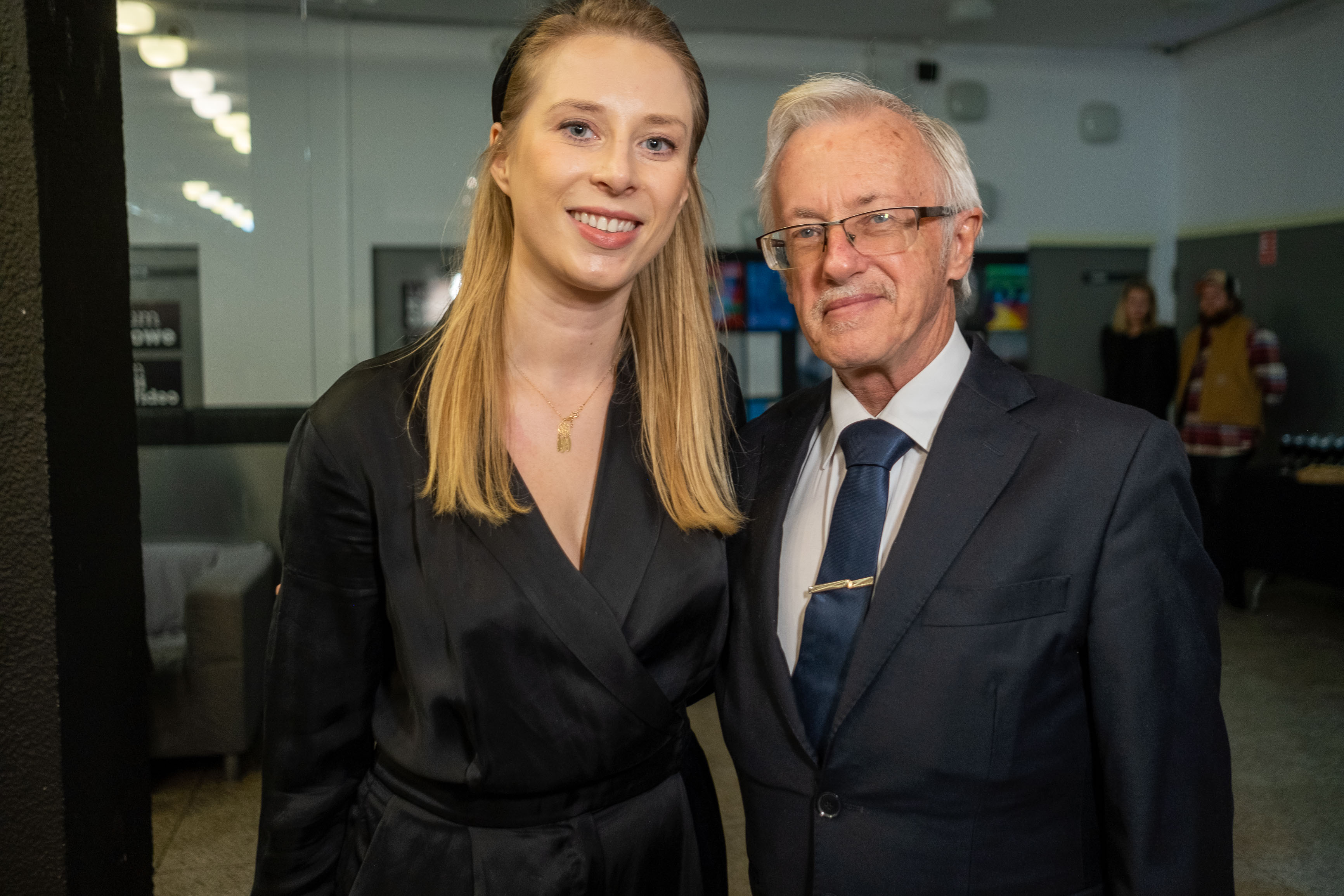 “After two years when we became friends, he admitted that he agreed only for the sake of some peace and quiet,” says Krupa.Kalbar/TFN

Still, Monika revealed that over the course of the filming she realised her hero was content to just continuing searching. “This is the driving force behind his existence. I don't know if he'll be happy when he finds that tomb. I think he's happier when he keeps looking for it,” she said.

Equipped with an idea and a reluctant hero, she attended the Doc Lab Poland workshop to shape her story and go over her concept with experienced filmmakers. The workshops enabled her to receive funding from the Polish Film Institute and support from the Bydgoszcz Cultural Centre. In the end, with a minuscule budget of PLN 155,000 and a small crew “What if nothing?” saw the light of day.

Monika is already working on her next projects, both a documentary and a feature film.