Not many artists had the distinction of being described as a “one-man army” during WWII and, because of his work, infuriated Hitler to such an extent, apparently, that the dictator had a price put on his head, but Artur Szyk did.

As a book illustrator and political artists, Szyk won fame from across the globe, with his work going on display in Poland, the UK, France, Israel and the United Sates. And now, as evidence that his fame endures, a new exhibition of his art has opened at the University of Berkley in California. 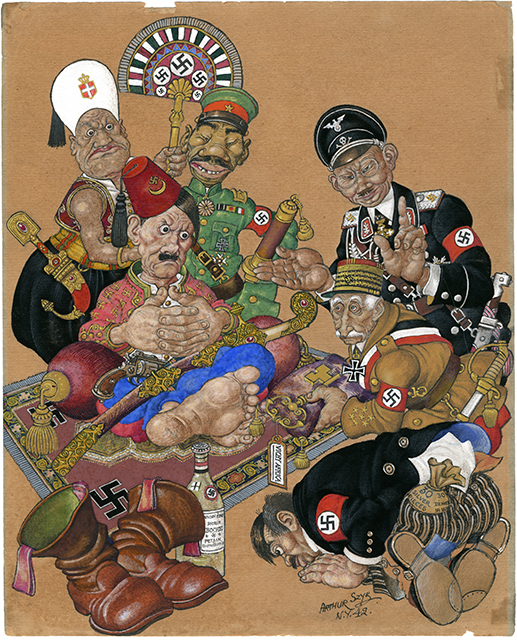 During the war Szyk made many pictures mocking Hitler.Courtesy of The Magnes Collection of Jewish Art and Life at UC Berkeley

Szyk was born on June 16, 1894 into a prosperous Jewish family in Łódź. According to the official Łódź city website, he was expelled from school during the 1905 revolution in Russia for drawing a caricature of Tsar Nicholas II. A year later he was sent to Paris to study at the Académie Julian. While away in France he remained closely connected to Łódź, publishing numerous drawings and caricatures on contemporary political themes in the satirical magazine Śmiech (Laughter). 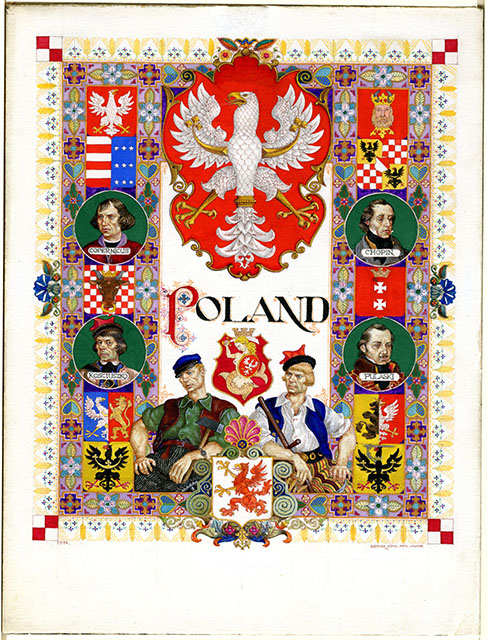 He also praised for his beautiful illustrations.Courtesy of The Magnes Collection of Jewish Art and Life at UC Berkeley

He returned to Poland in 1913 to continue his studies at the Jan Matejko Academy of Fine Arts in Kraków. At the outbreak of World War I he was conscripted into the Russian army, and during the conflict he married and had a son. Come peace he published his first book of political illustrations ‘Rewolucja w Niemczech’ (Revolution in Germany), but it was not long before he was at war again, this time fighting against the Russians in the Polish-Russian war of 1919-1920. Szyk served as a Polish cavalry officer and as the artistic director of the propaganda department of the Polish army in Łódź. 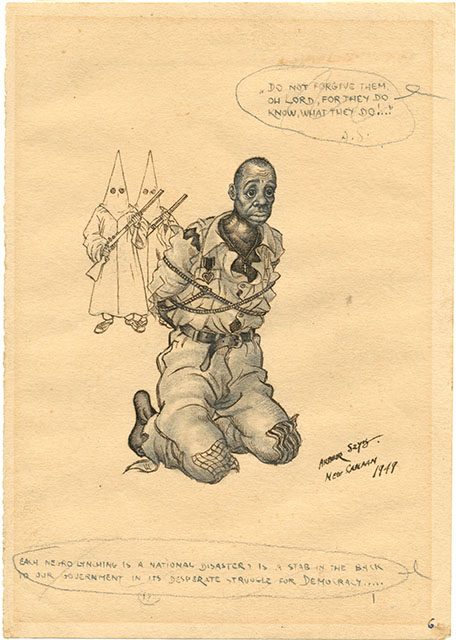 A Szyk picture a black US soldier beaten and tied up by the KKK.Courtesy of The Magnes Collection of Jewish Art and Life at UC Berkeley

Between 1921 and 1933 Szyk lived in France and published several books heavily influenced by the medieval and renaissance style. In the late 1920s Szyk illustrated a publication on ‘The Statute of Kalisz’, a charter that gave Jews unprecedented legal rights in Europe in 1264. In recognition of his contribution to the work Szyk was decorated with the ‘Gold Cross of Merit’ by the Polish government.

In the United States Szyk picked up another award, this time the ‘George Washington Bicentennial Medal’, for his work ‘Washington and his Times’, a 38-water-colour tribute to the first president. 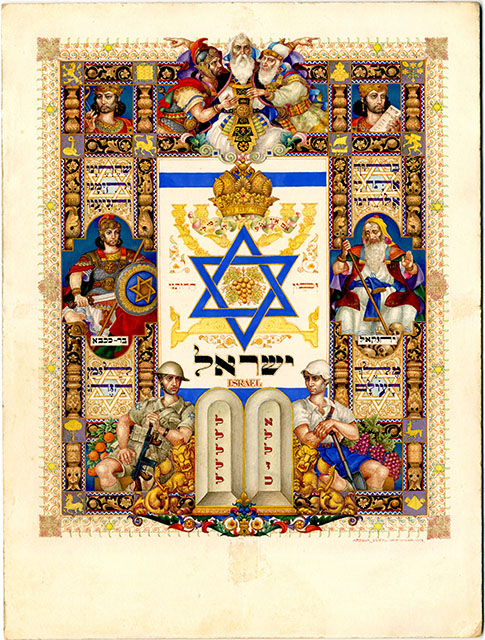 The artist was proud of his Jewish-Polish heritage.Courtesy of The Magnes Collection of Jewish Art and Life at UC Berkeley

Szyk also worked tirelessly on illustrations for a version of the Haggadah, a Jewish religious text. When published in 1940 in a limited edition run of 250 copies, it was the most expensive new book in the world costing about $520 at the time.

His last major exhibition before the outbreak of World War II came at the 1939 New York World Fair. He displayed 23 paintings which showed the contributions of Poles to the United States of America.

During the war Szyk made America his home and found work lampooning Hitler as a caricaturist. He had multiple exhibitions of such work during the war and his work was even displayed at 500 military locations. 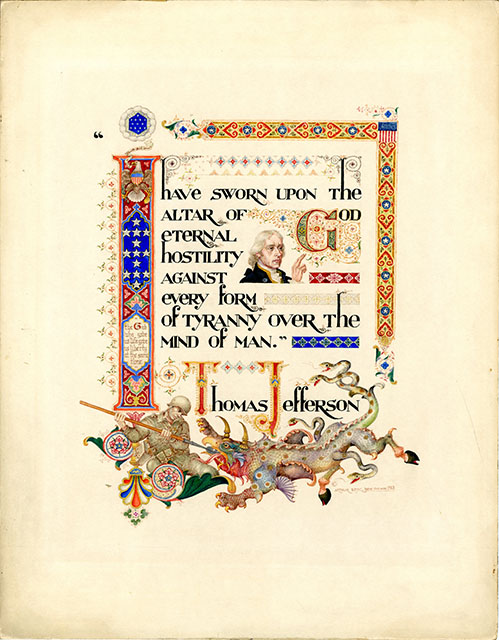 Szyk settled in the United Sates in the 1930s, remaining there till his death in 1951.Courtesy of The Magnes Collection of Jewish Art and Life at UC Berkeley

He became a favourite of the Roosevelts, who had over 30 of his paintings hanging in the White House. Eleanor Roosevelt wrote about Szyk in her weekly columns, calling him “a one-man army” and commending him on his caricatures of Hitler. American media even reported that Hitler had put a bounty on Szyk’s head in response to the caricatures.

After the war, he returned to mainly illustrating religious texts until he died in 1951.