Netflix to dramatize Wrocław’s “Flood of the Millennium”

Excitement is building in Wrocław after Netflix commenced filming of a new mini-series based around the floods that submerged the region in 1997.

Set to last through the month, filming kicked-off last week with the all-star cast including Agnieszka Żulewska, Tomasz Schuchardt, Ireneusz Czop and the award-winning Anna Dymna. Alongside them, scores of extras have been recruited locally and swathes of the city temporarily cordoned off to allow for filming. 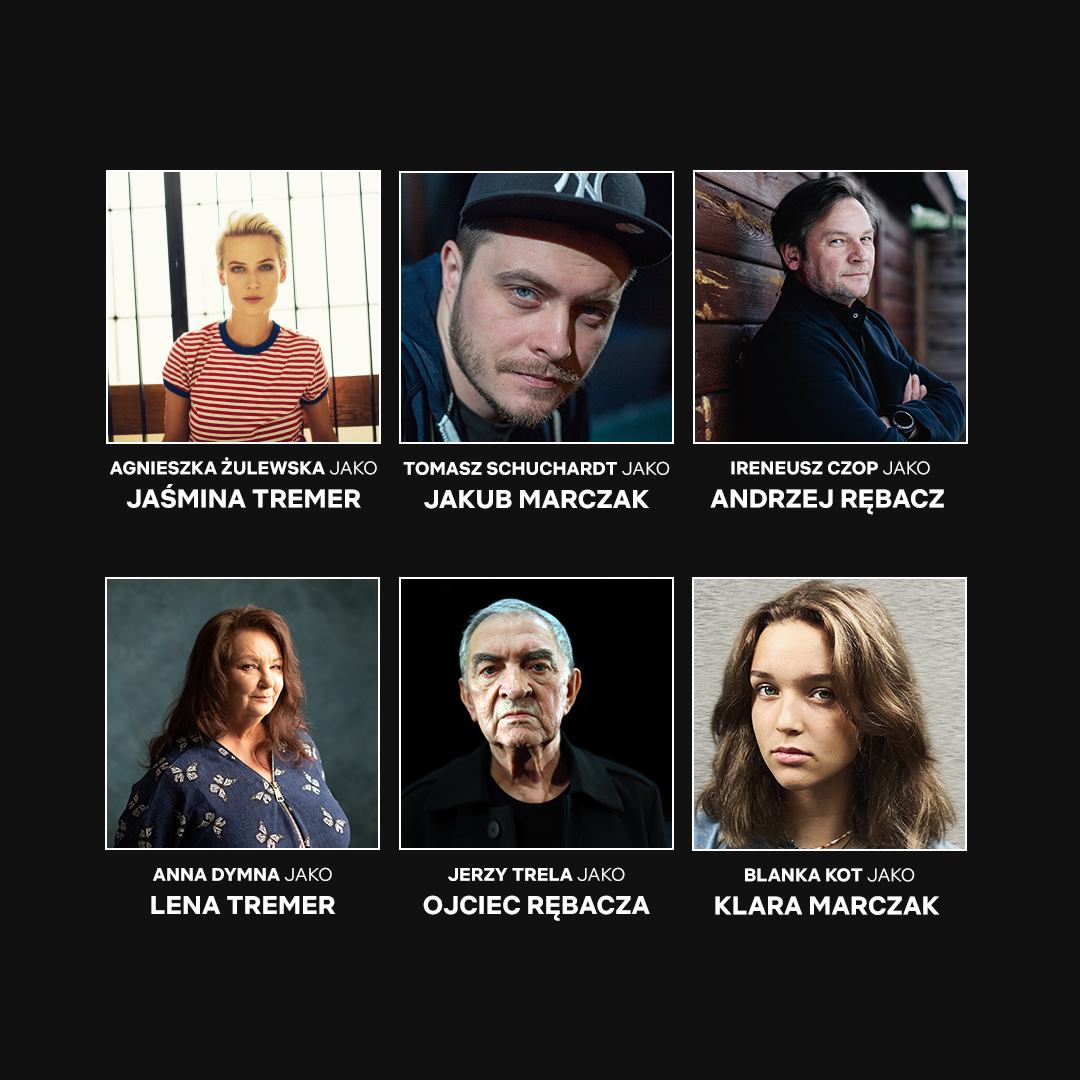 Wielka Woda is scheduled to land next year on the streaming platform and will include an all-star cast as well as scores of local extras.NETFLIX

Directed by Jan Holoubek and Bartłomiej Ignaciuk, Wielka Woda is scheduled to land next year on the streaming platform. According to the press release, the six-part drama will follow a decision to sacrifice local villages in order to save Wrocław from the impending flood.

Inspired by true events, the flood was to become one of the defining moments in the city’s history. 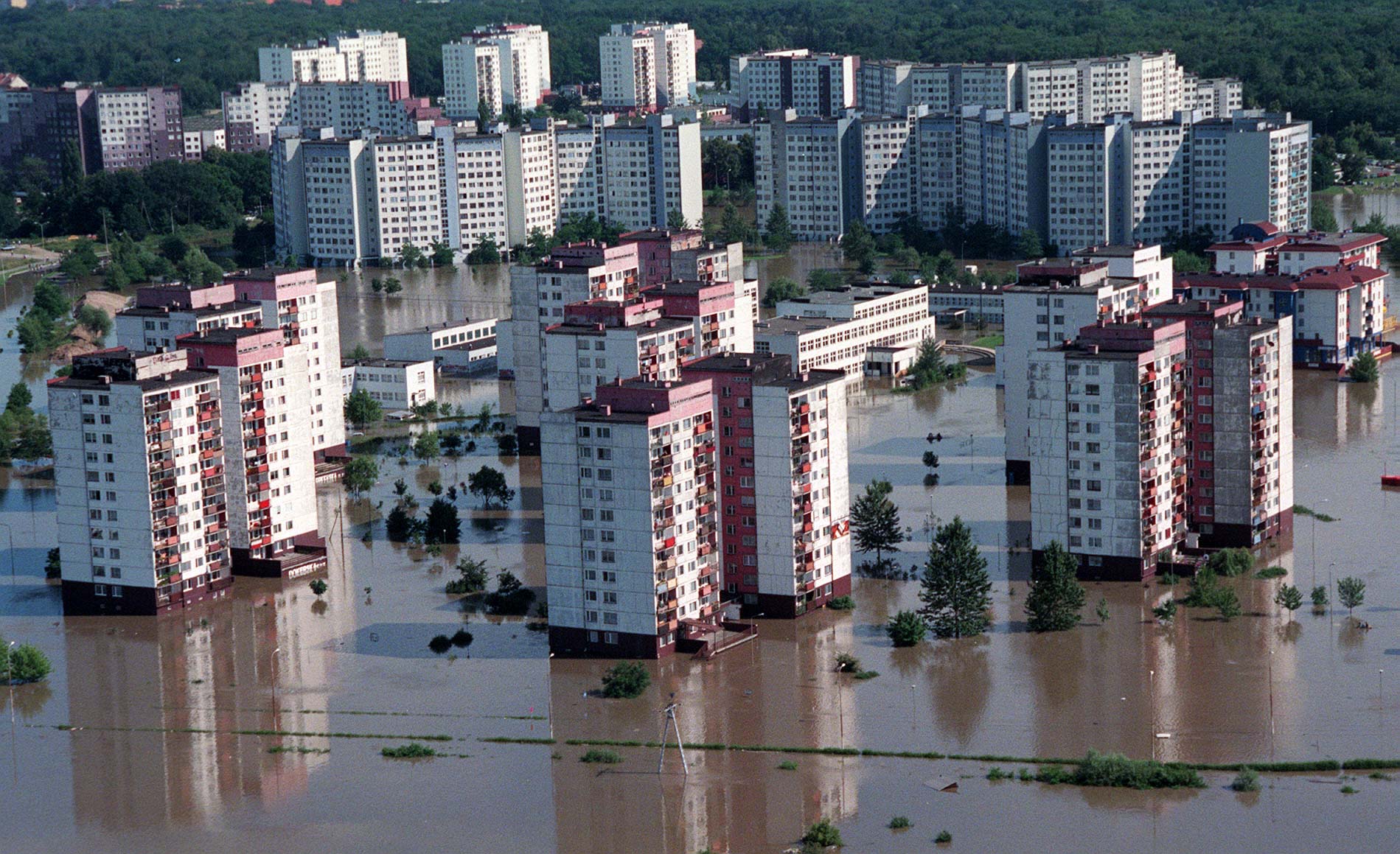 The Kozanów housing estate was particularly hard hit with images of its tower blocks surrounded by water flashed around the world.Leszek Wróblewski/PAP

When heavy rains swept across Poland, Austria and the Czech Republic on July 3rd, 1997, few could have believed that they would serve as a precursor for what would become known as the Flood of the Millennium (Powódź tysiąclecia).

The first reports of flooding occurred in the Czech Republic on July 5th, and a day later these spread to Poland. As the situation worsened, the Mayor of Wrocław, Bogdan Zdrojewski, announced a flood alarm on the 8th and urged residents to stockpile drinking water, candles, gas cylinders and other emergency supplies. 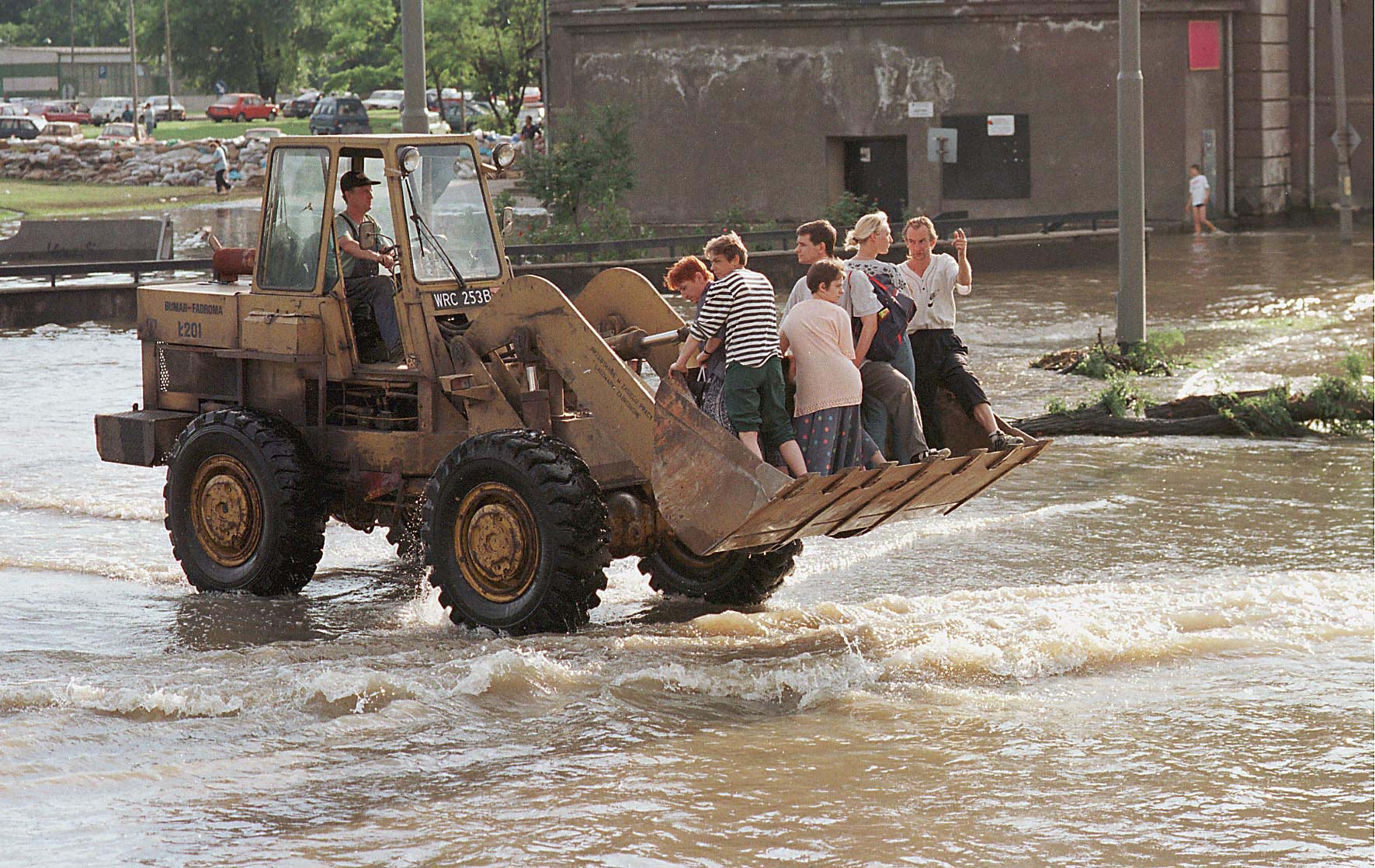 Ultimately, it is the citizens that were credited with saving their city and their communities.Adam Hawałej/PAP

“At one point,” he revealed later, “I was worried that I was stirring unnecessary panic.” 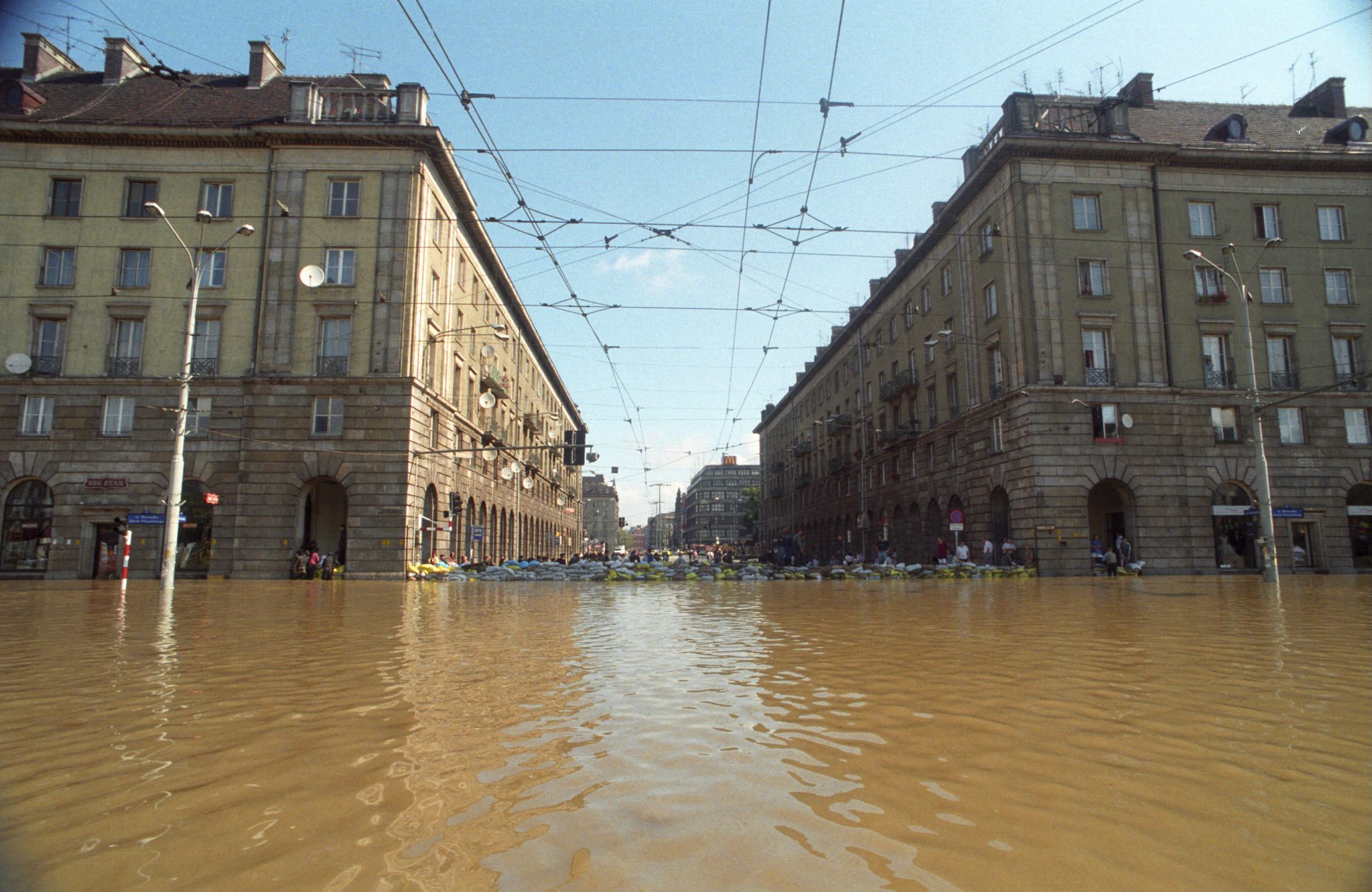 On July 11th the Oder and Oława rivers burst their banks close to the town of Siechnice, and the torrent reached Wrocław the following day pummelling and overcoming the city’s pre-war flood defences.

By the morning, a third of the city was underwater and pictures flashed around the world of the Kozanów housing estate to the north-west of town. Largely composed of 1970s prefabricated towers, in many cases those residents that had remained in the city awoke to find the water reaching the first floor of their blocks. 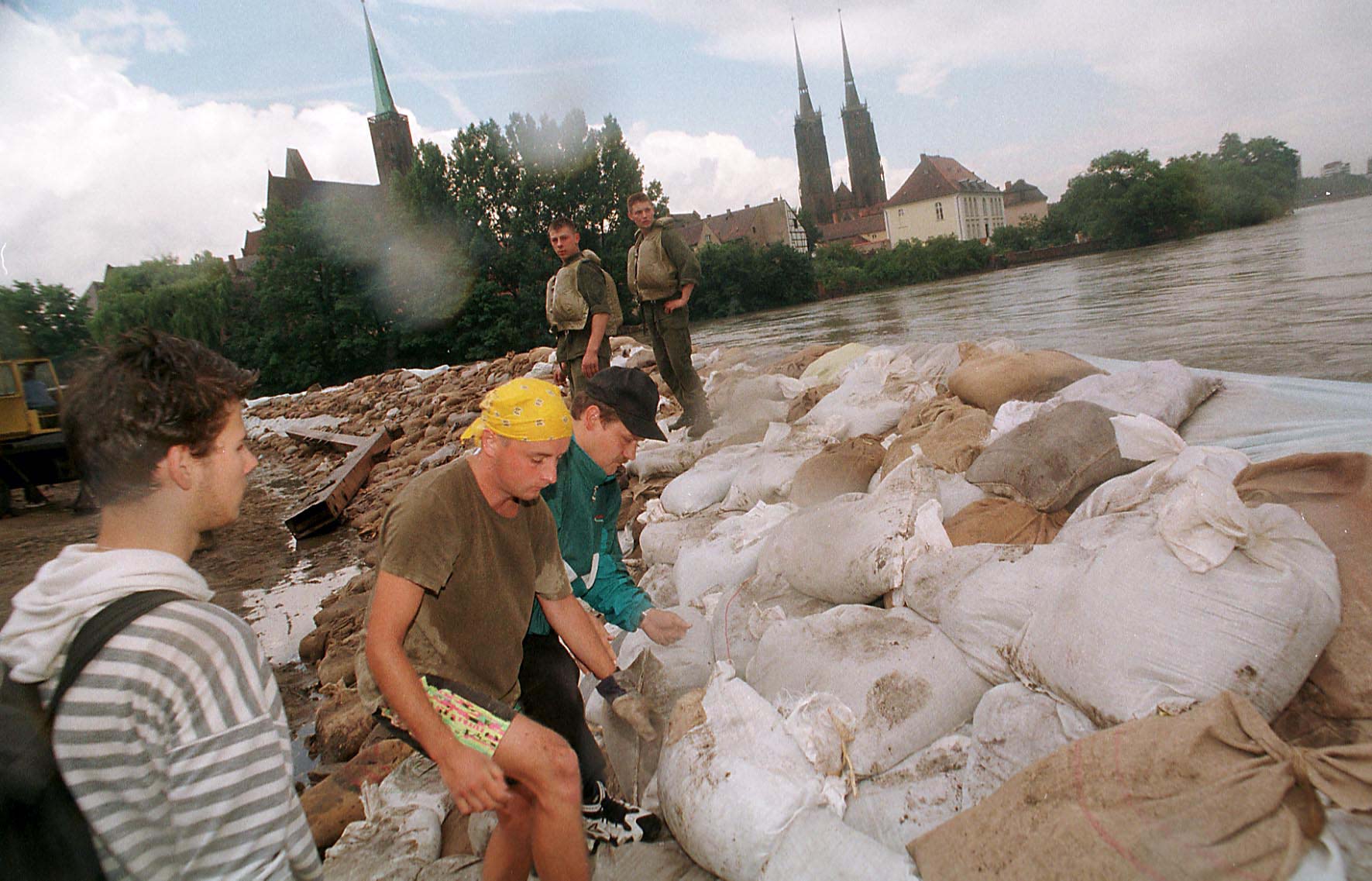 Chaos reigned with helicopter crews complaining that they were having to work without maps of the city.

Faced with catastrophe, the civil response was extraordinary. Thousands rallied in a desperate bid to save not just their homes, but their communities. 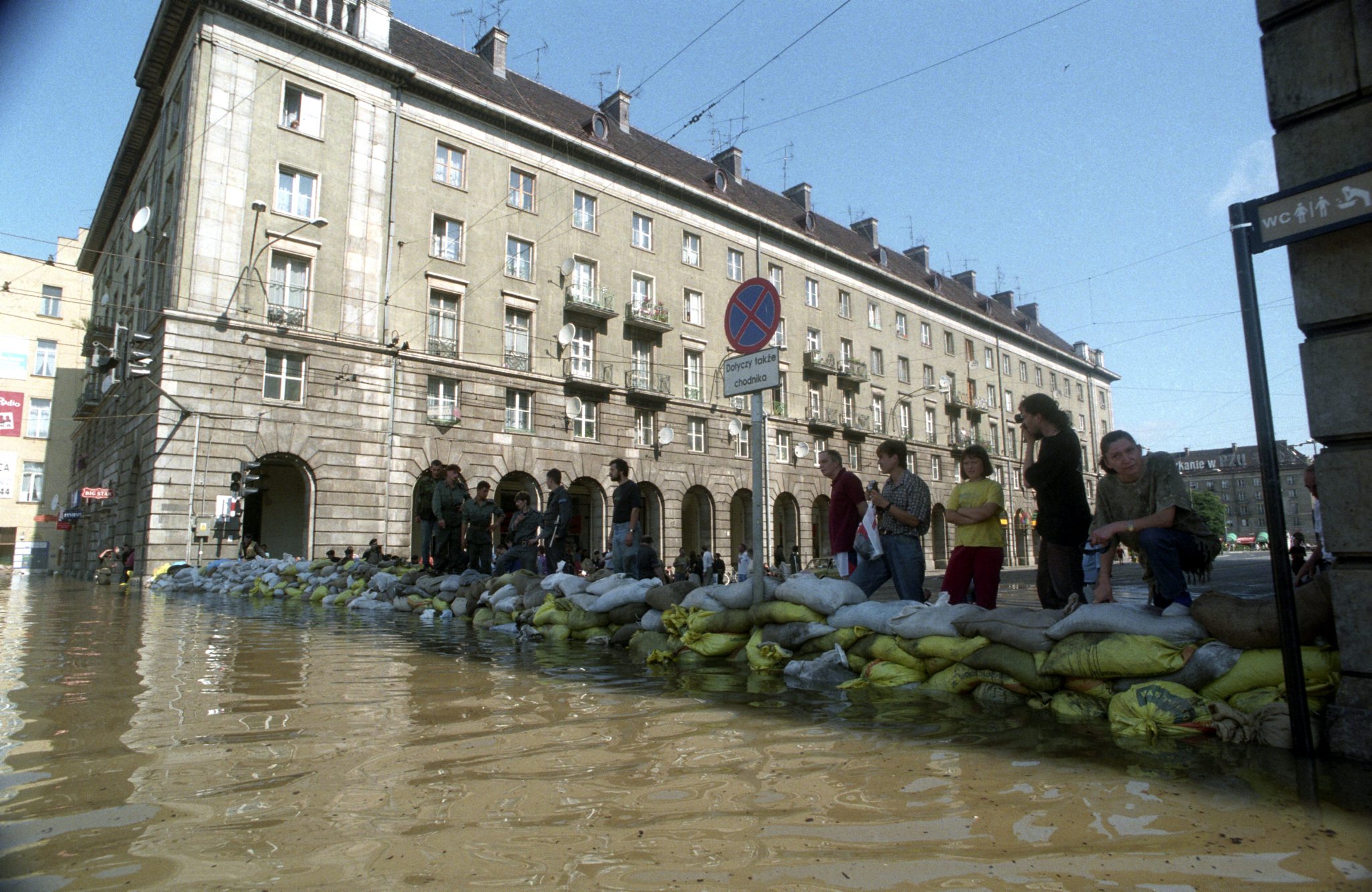 Normal people were thrust into the roles of heroes as they rallied to save Wrocław.Adam Hawałej/PAP

“It was the people that saved the Wrocław,” the Mayor later said.

This was not an exaggeration. The news was filled with stories of people camped out on rooftops being rescued by fellow citizens in pontoons.

Especially dramatic was the spontaneous action to shore-up Ostrów Tumski, a historic island infilled with churches. Volunteers worked ceaselessly to erect sandbag barricades whilst nuns kept them fed and watered. As night fell, the inky black waters were illuminated by torches and fires lit by those on dry land to help guide boats and dinghies. 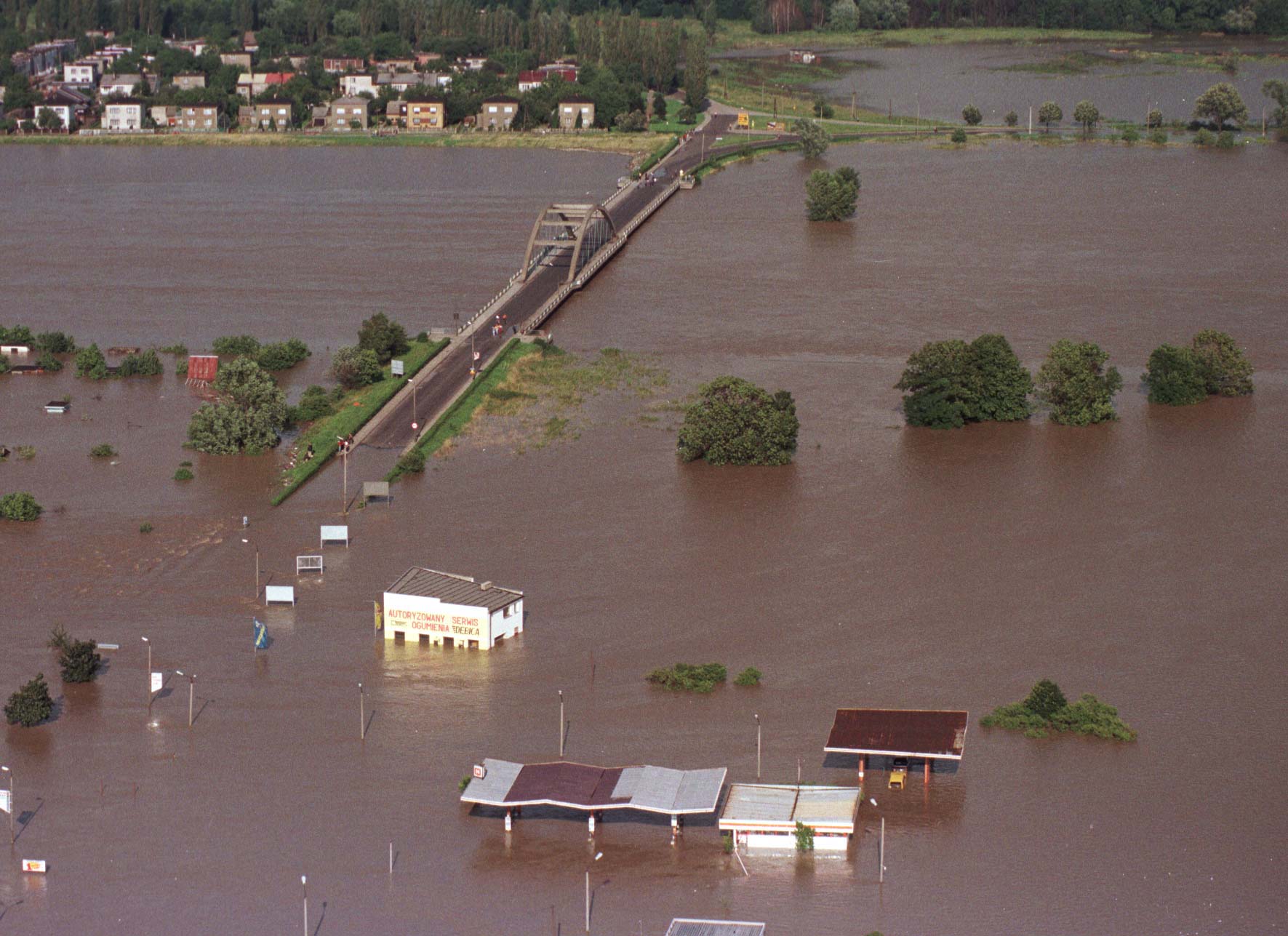 Some 1,362 towns and villages were hit by the floods with the disaster area covering 400,000 hectares.Jerzy Siodłak/PAP

Nearby, students waded through the waters carrying books overhead in an effort to save the University Library’s priceless collection – later, these actions would be commemorated via a statue depicting a female struggling through the flood with a stack of texts.

Only on July 14th did the waters finally begin to recede.

Nearly a quarter of a century on, it is difficult to imagine the scale of devastation. In all, 162,000 people were evacuated, with 56 people losing their lives in Poland – 1,362 towns and villages were hit and the disaster area covered 400,000 hectares. The damage ran to billions. 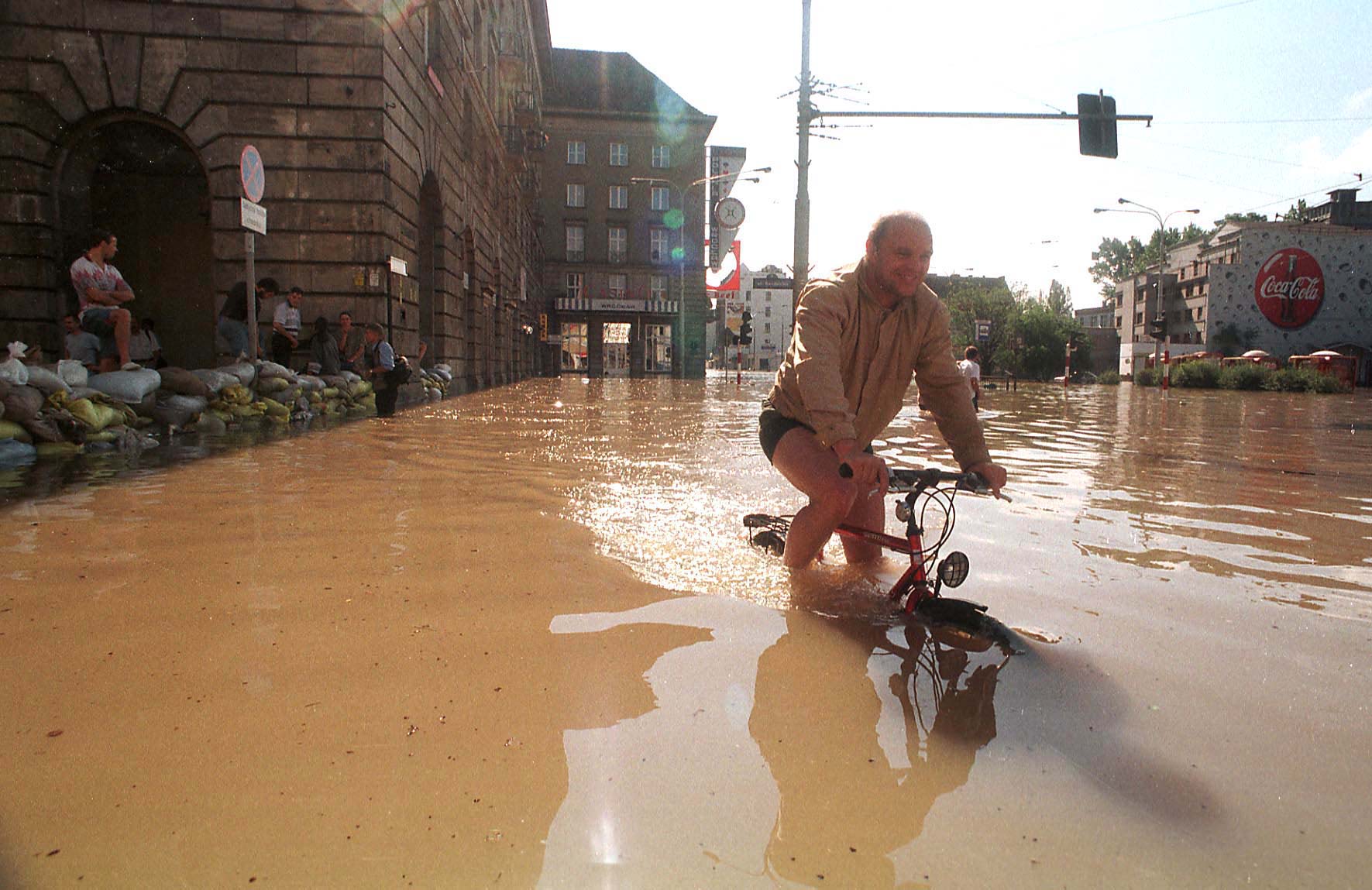 It is now fitting that the extraordinary actions of the everyday people of Wrocław are to be remembered.Adam Hawałej/PAP

As a summer heatwave set in, an urgent campaign was undertaken to vaccinate people against any potential outbreaks of tetanus and typhoid as well as to repair utilities such as electricity. It would be three weeks before running water was restored.

Nevertheless, as tragic as this natural disaster was, for the city itself it proved to be a coming of age. Largely repopulated after the war by Poles with little connection or affiliation with the town, the floods united the people in a way that could not have been foreseen. When it mattered the most, it was these people that joined as one to help their neighbours and their city in its hour of need.

That these events are now being remembered via a Netflix dramatization is a fitting recognition of what ultimately transpired.