Poland’s central bank has cut borrowing costs and introduced its first purchase of treasury bonds on the secondary market in a move to tame the negative effects of a coronavirus pandemic that is likely to hit the global economy.

The bank cut the benchmark rate by 50 basis points to a record-low of 1.0 percent. Previously the bank stepped in five years ago, in March 2015, with the same move of a 50 bps cut.

In a statement following the decision the bank said that “while the Polish economy had started the year in a favourable way, international measures taken to contain the spread of the novel coronavirus would likely weaken activity.”

While cutting borrowing costs usually helps lenders to pay their instalments in Polish zloty, a bond-buying operation should boost liquidity on the treasury market. 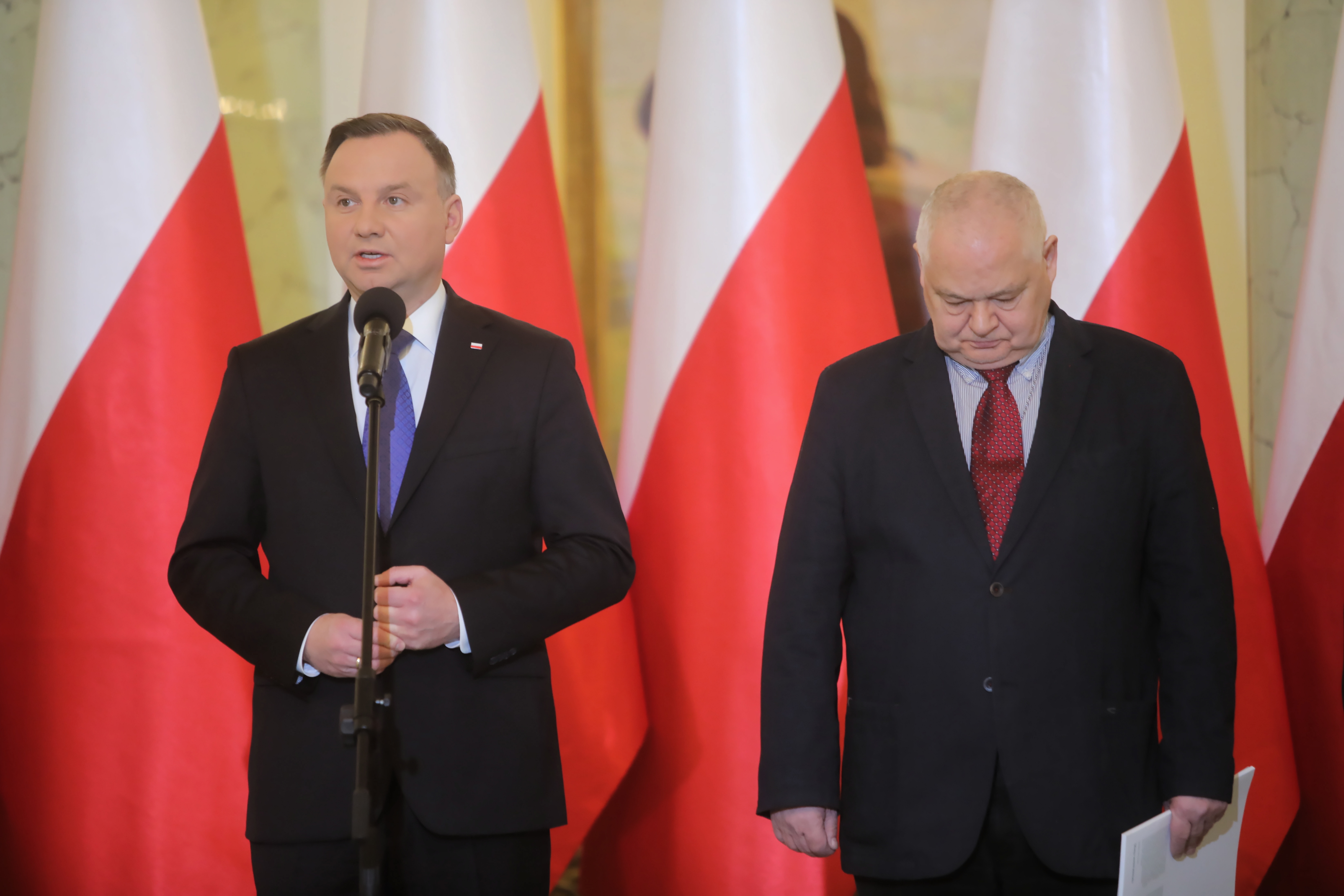 President Andrzej Duda has called for a sitting of the Cabinet Council on Wednesday to discuss an aid package for an economy. (Duda is pictured next to NBP boss Adam Glapiński).Wojciech Olkuśnik/PAP

Market observers say that the central bank’s moves open the door for the country’s finance ministry to announce an anti-crisis fiscal policy on a large scale.

President Andrzej Duda has called for a sitting of the Cabinet Council on Wednesday to discuss an aid package for an economy.

Previously the sitting was planned for Tuesday but has been cancelled after Environment Minister Michał Woś tested positive for coronavirus.

Poland has already taken far-reaching steps to halt the virus, shutting down schools, universities and many public institutions as well as banning foreigners from entering the country.