They may look like bizarre human cocoons, but these dangling sheets are actually a revolutionary new way of getting a cat nap.

Suspended from the ceiling of what designer Magdalena Filcek calls her ‘Sleep Café’ on Wrocław’s market square, the ‘beds’ are aimed at those looking to reduce stress by offering 20 minutes of relaxation.

And instead of smelling like coffee, the Sleep Café smells of a forest.

Designer Magdalena Filcek told TFN: “Vinci Power Nap Dreams Cafe is an innovative system of regenerating the body and mind, improving efficiency and energy for the rest of the day, based on research and sensory integration in a perfect environment. 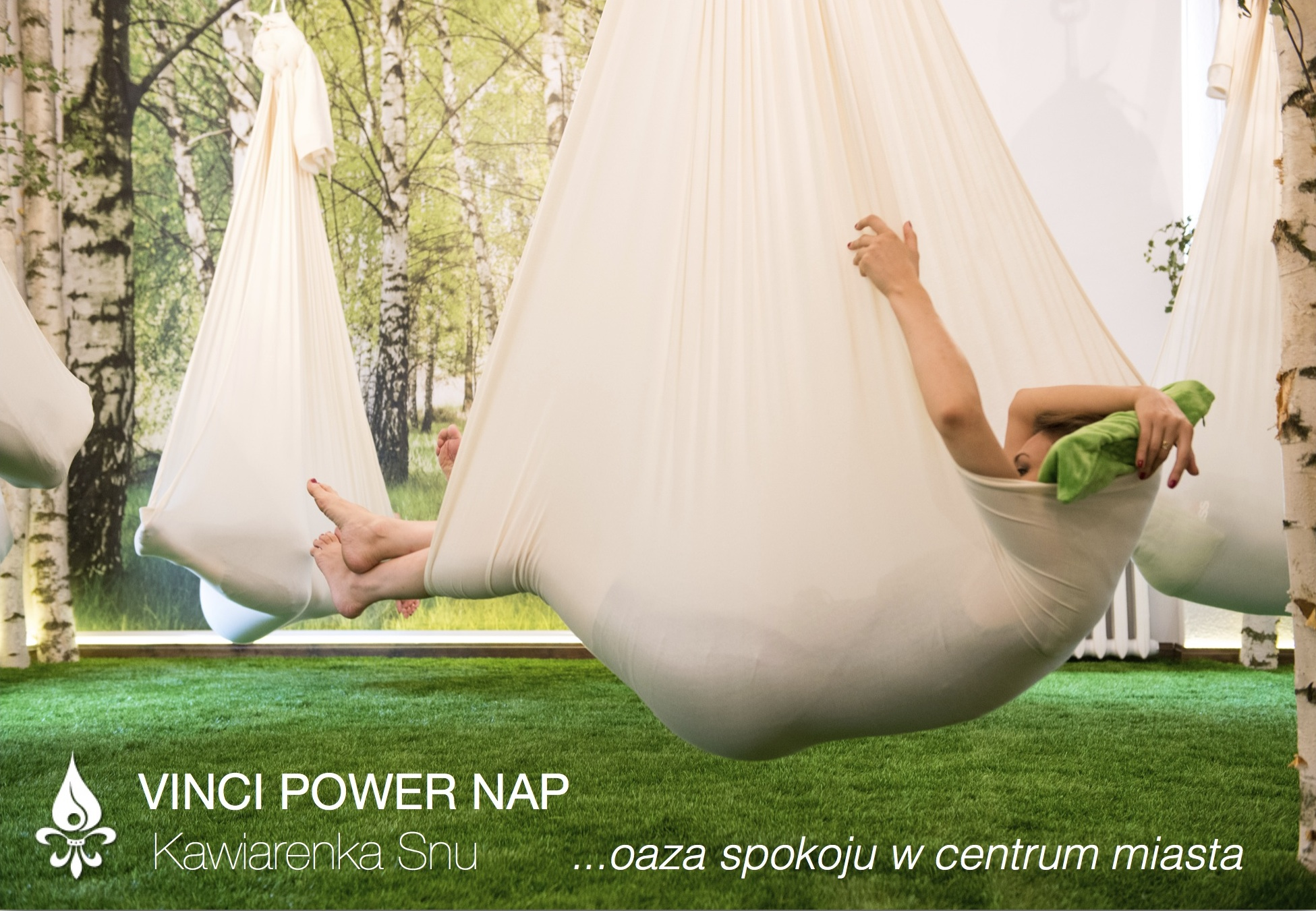 Scientists the resting position in the ‘bed’ is almost identical to the “zero gravity position” of astronauts in space.Vinci Power Nap

“It is a quick and deep relaxation for the body and mind with an inventive system of integrating and healing all the senses at once, like smell, sight, touch, taste, sound and balancing the body by swinging horizontally in special material.

“It’s like being in a mother’s womb or arms, together with using the healthiest benefits based on research.”

She added: “Such a nap not only calms you down. Taking regular naps reduces stress levels and reduces the risk of a heart attack according to recently published data by Greek scientists. Consequently, you are healthier, more efficient and engaged.” 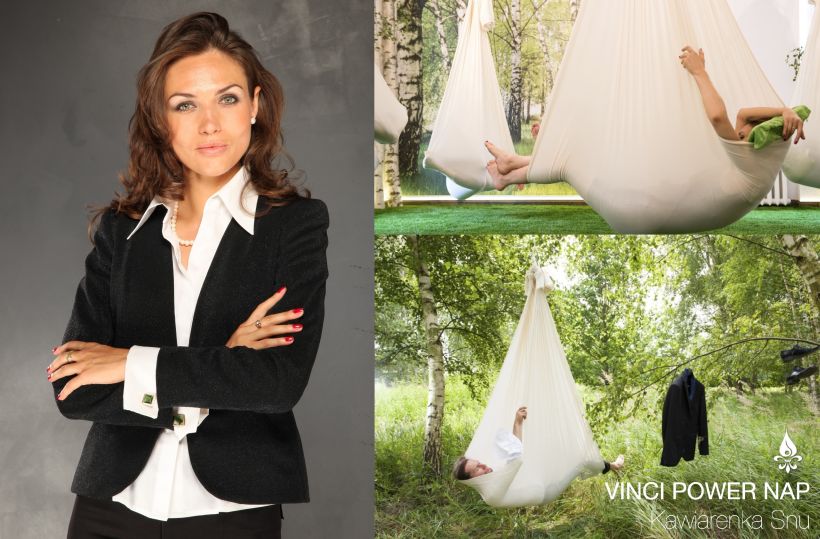 Creator Magdalena Filcek (L) says: “It’s like being in a mother’s womb or arms.”Vinci Power Nap

Filcek is now looking to introduce her Sleep Café into space.

According to the designer, who is also a hot air balloon pilot, artist and innovator, scientists have pointed out that the resting position in the ‘bed’ is almost identical to that of the “zero gravity position” of astronauts in space.

She told TFN: “We are looking ahead a little bit, but after discussions with NASA scientists, which I had the opportunity to get to know during presenting my idea, the vision of such a nap-room in space have become more possible.”

Body of pilot found among wreckage of WWII bomber