A mysterious ‘creature’ spotted in a tree in Kraków has been identified as a croissant after an animal charity was called to the scene by a worried local.

The unnamed woman had called the city’s Society for the Protection of Animals to report the ‘tree beast’, saying she was too scared to open her windows.

She added that the ‘creature’ had been sitting in the tree opposite her apartment for two days and believed it was an iguana.

But when inspectors arrived they found it was an old croissant. 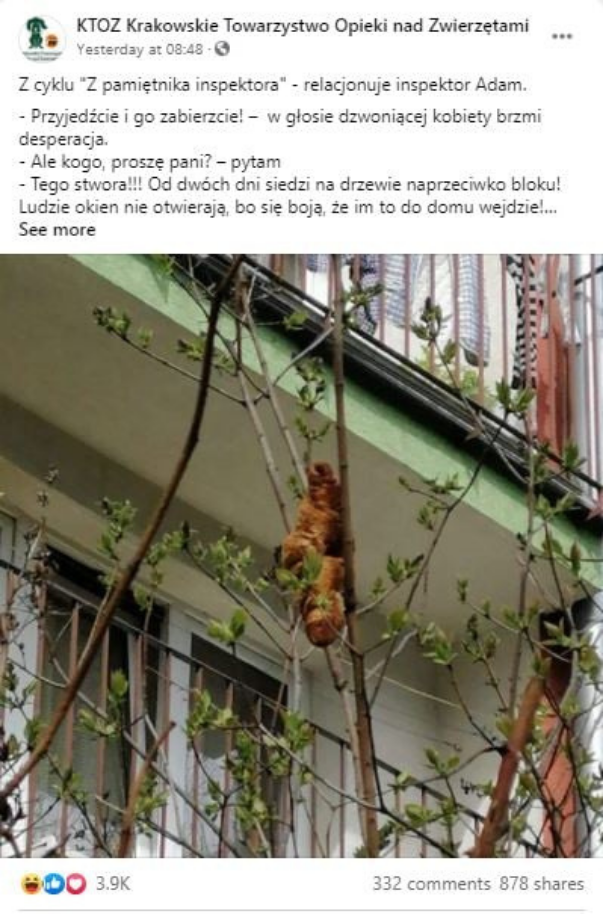 When inspectors arrived they found it was an old croissant.KTOZ

Posting on social media they wrote: “The brown creature was on a branch, without moving, exactly as the lady described.

“Its brown skin glistened in the sun, although there was some dullness here and there. We looked more closely - the poor thing had no legs or head.

“We already knew that we were unable to help the creature, the iguana.

It is difficult to help something that has been previously baked, not in the sun's rays. This mysterious iguana turned out to be ... a croissant, a croissant made of puff pastry.”

They added: “Please note, however, that it is always worth reporting if something worries you. It is better to check and be pleasantly disappointed, sometimes (unfortunately very rarely) to laugh than not to react, which can sometimes lead to a tragedy.”