First debuting on the streets of Zakopane 100-years ago, the bear is thought to have been introduced to the mountain resort by a photographer by the name of Henryk Schabenbeck.

Though no definitive explanation can be offered, it is likely Schabenbeck had been inspired by a trend that originated in Berlin. 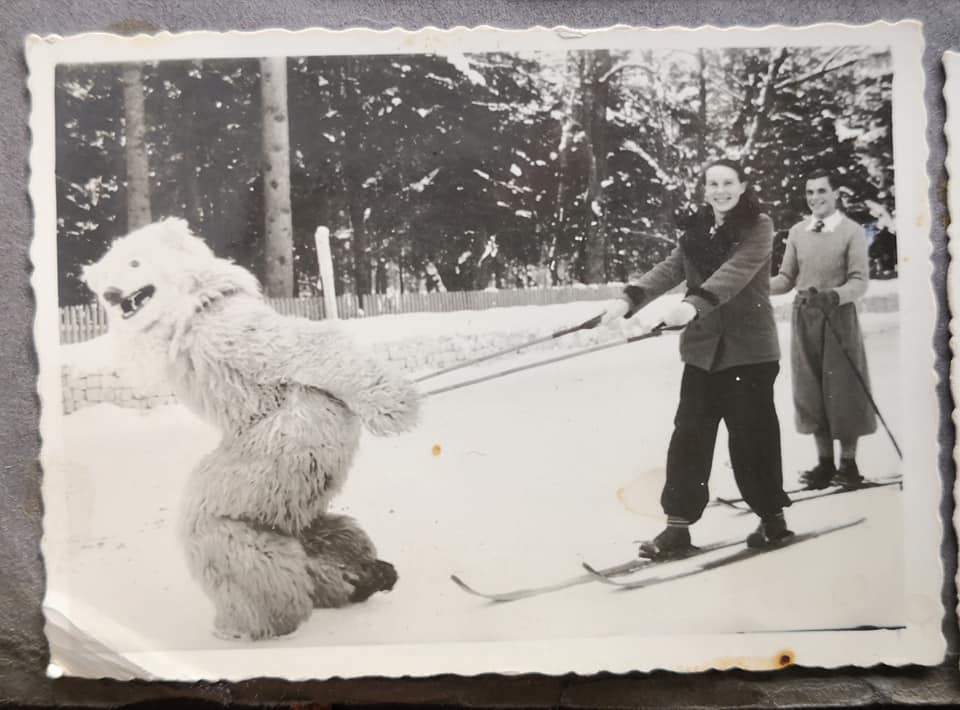 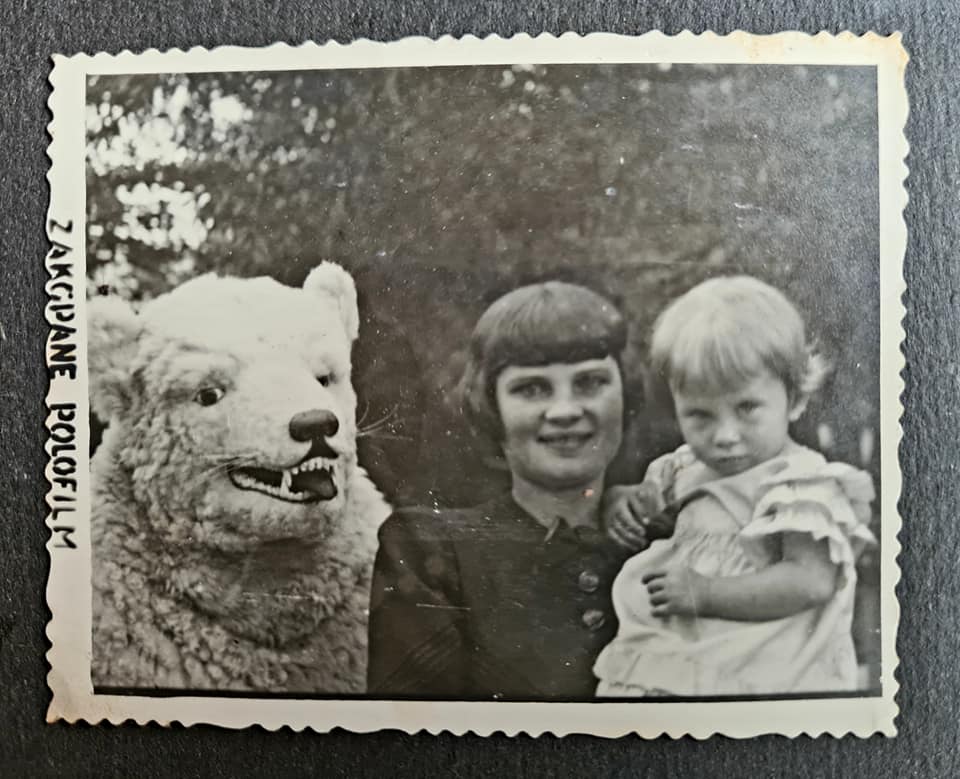 From the outset the bear proved to be a sensation.Oficyna Wydawnicza Oryginały

When polar bears were first brought to Berlin Zoo after WWI, their popularity was instant and sparked a craze among photographers. Sensing an opportunity, several business savvy snappers commissioned polar bear outfits to be produced, alongside which members of the public could pose in return for a fee.

According to some, this is how Biały Miś came to be. Made from sheepskins, the bear was initially mounted on a rack on the town’s principal high street, Krupówki. A sensation from the outset, the bear’s success reputedly prompted Schabenbeck to order another outfit, only this one capable of fitting a person inside.

Proving as popular with local highlanders as with passing tourists, it was not long until Biały Miś came to be viewed as the town’s unofficial mascot – a picture taken next to him was viewed as an essential part of the Zakopane experience, even during wartime: bizarre photos exist of Wehrmacht soldiers goofing around with Biały Miś at their centre. 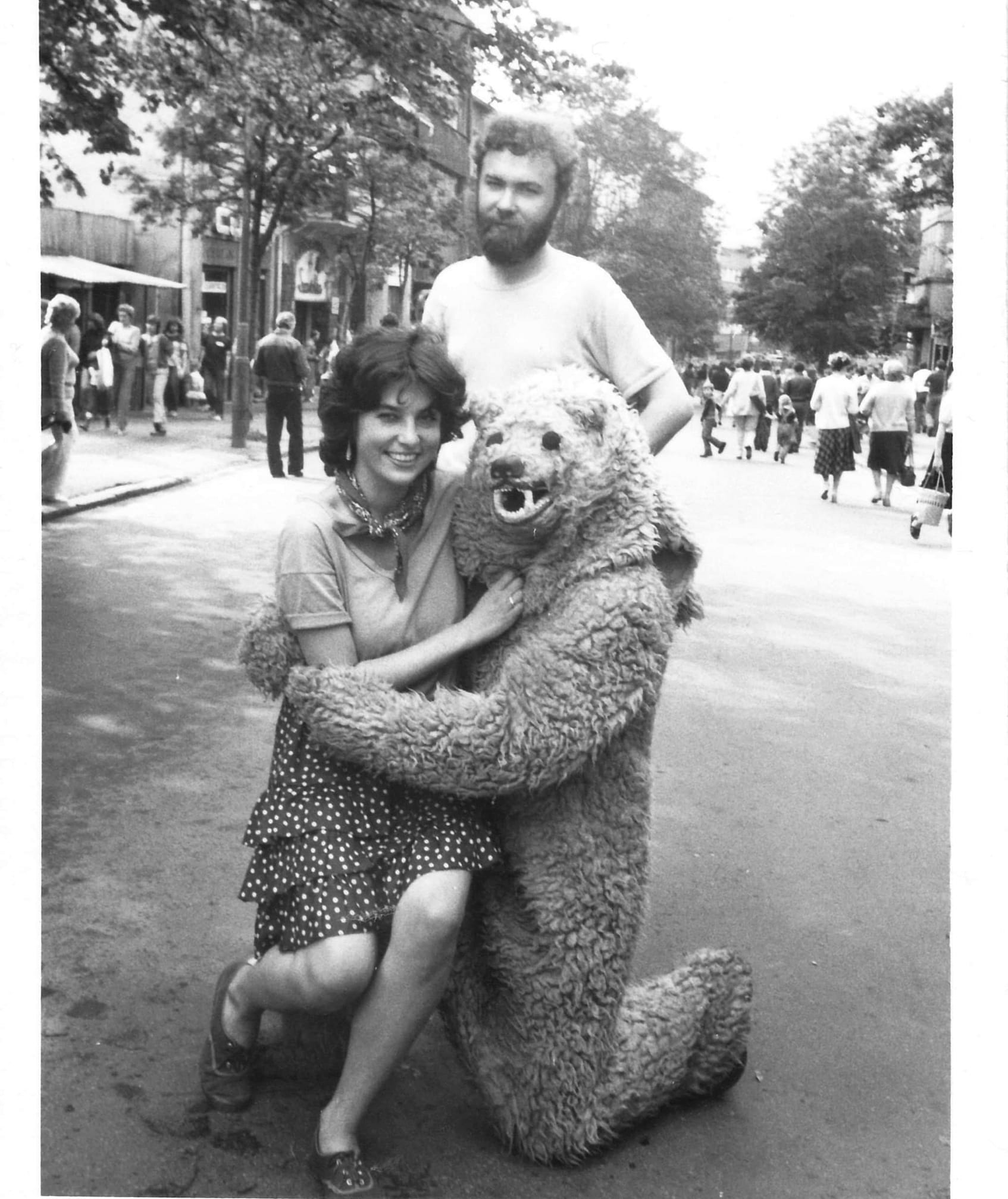 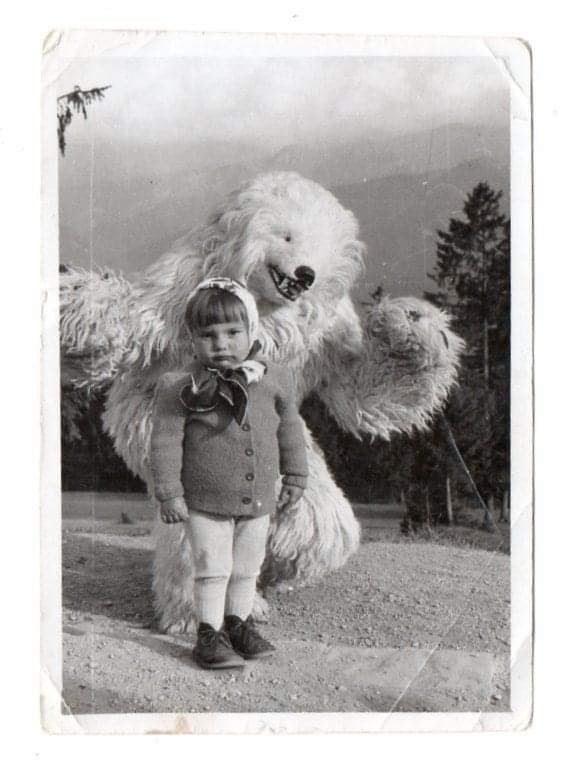 Proving as popular with local highlanders as with passing tourists, it was not long until Biały Miś came to be viewed as the town’s unofficial mascot and a picture taken next to him was viewed as an essential part of the Zakopane experience.Oficyna Wydawnicza Oryginały

A bona fide phenomenon, the bear’s popularity surged yet further during the PRL era and he could be found appearing not just in Zakopane, but further afield such as the beaches of the Baltic and Warsaw’s Palace of Culture & Science.

Fascinated by the extraordinary cult of Biały Miś, authors Barbara Caillot and Aleksandra Karkowska decided to explore his story further.

“While working on previous publications based on oral history, we visited people in their homes in Warsaw, Podhale, Gdynia and Sopot,” says Caillot. “During these meetings, our interlocutors would bring out their family photographs and invariably we would see Biały Miś whilst flicking through the page.” 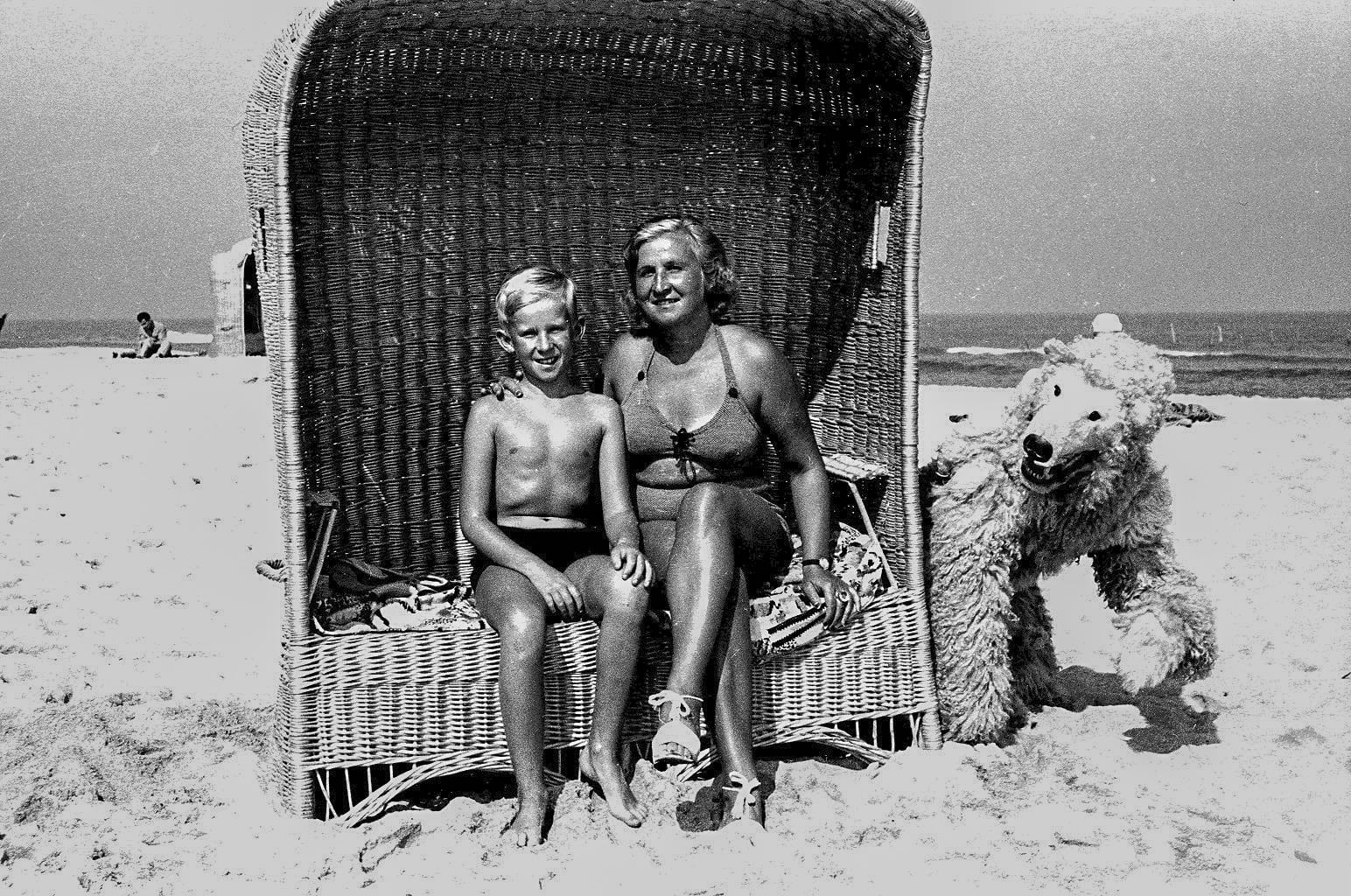 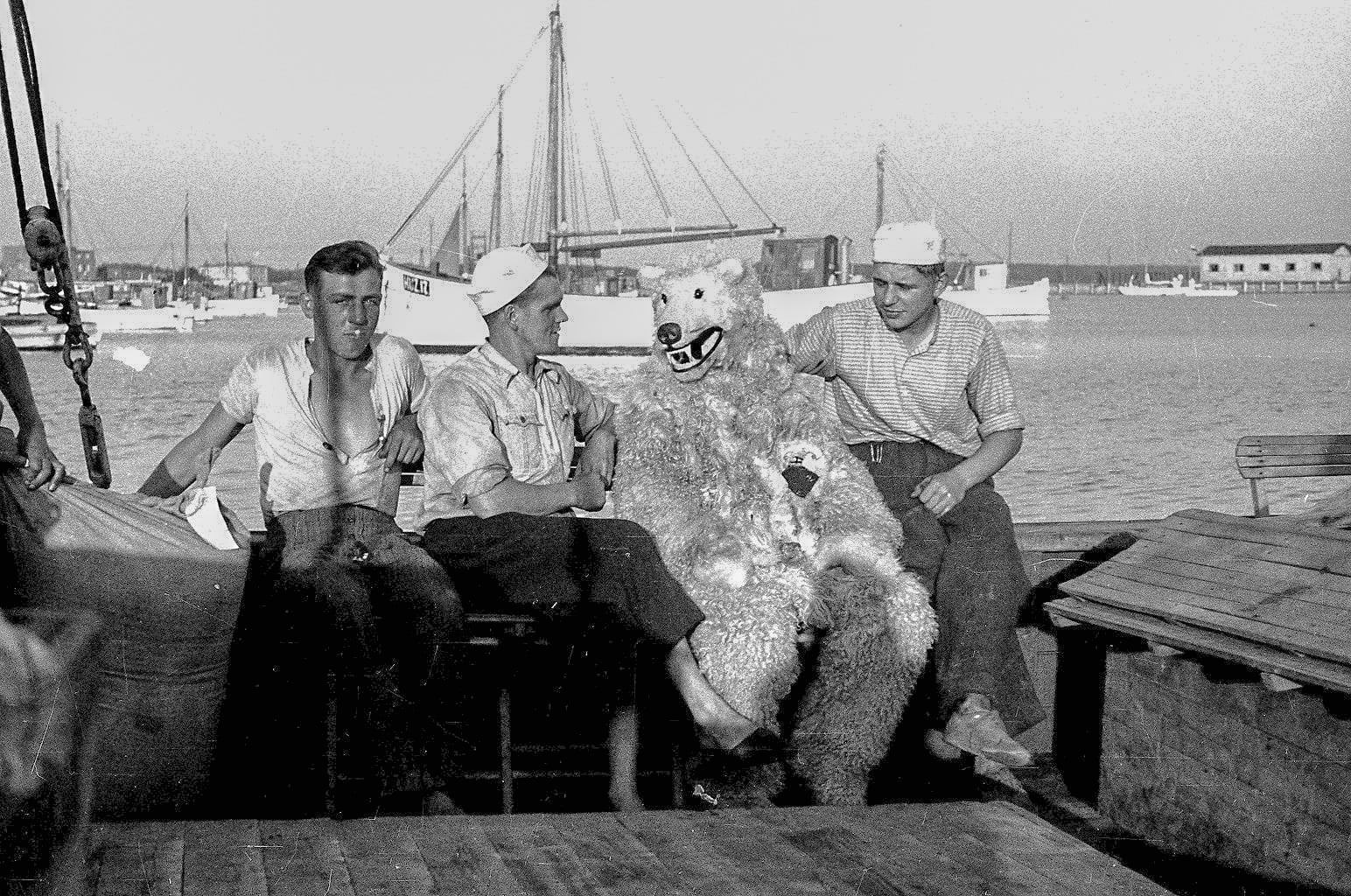 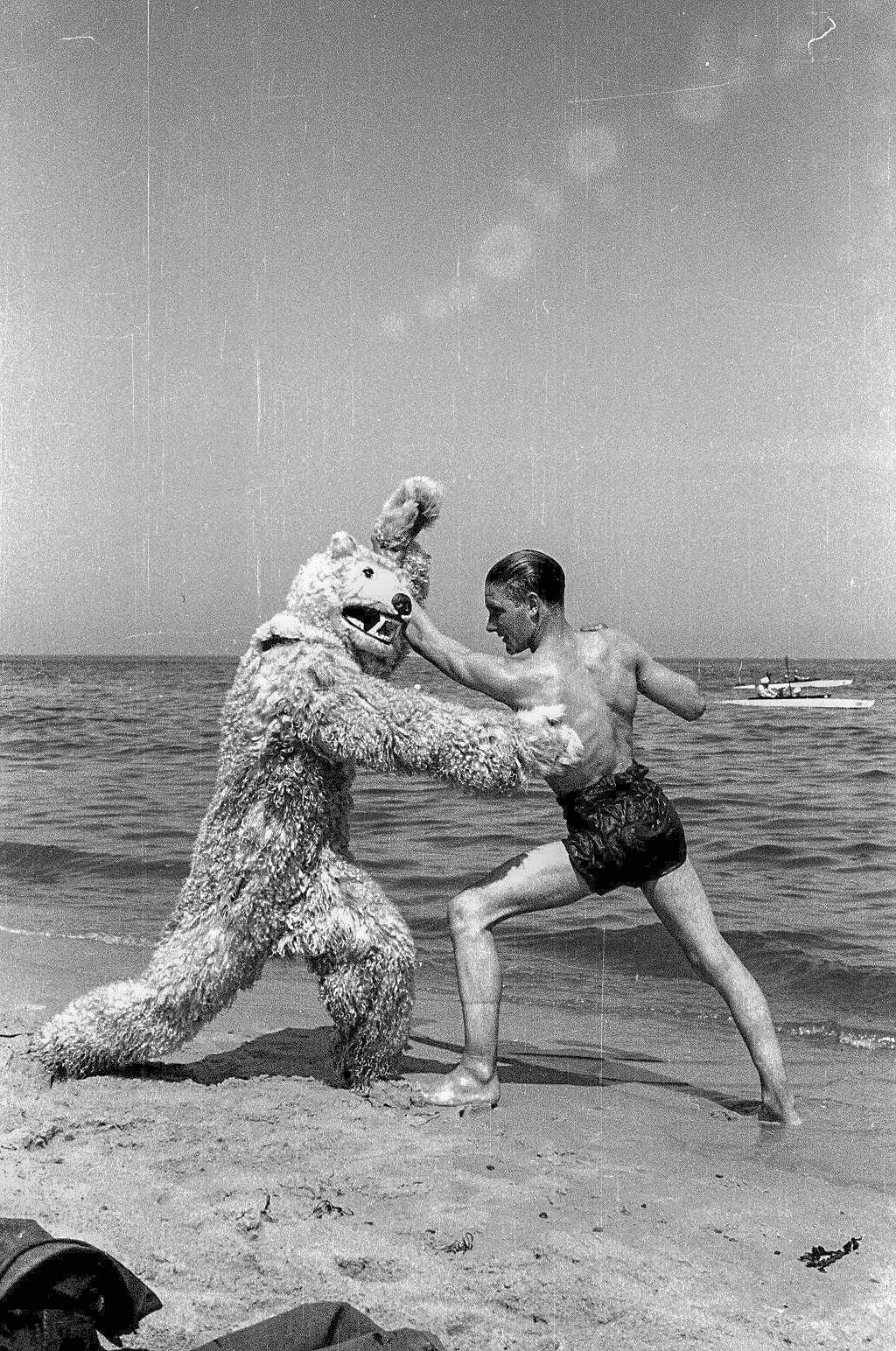 A bona fide phenomenon, the bear’s popularity surged and he could be found appearing not just in Zakopane, but further afield such as the beaches of the Baltic.Oficyna Wydawnicza Oryginały

Intrigued, the duo sought to find an explanation for his popularity. “Why was he in practically every album we looked at? We began to wonder why so many people had photographed themselves next to this white bear and asked ourselves what was so mythical, magical and universal about him that almost everyone in Poland had a picture with him,” continues Caillot.

Putting out appeals on social media, radio, TV and print, Caillot and Karkowska requested the public to send in pictures and quickly found themselves deluged with holiday snaps.

“We’ve received over a thousand and we’re still getting more,” says Caillot. “The response exceeded our wildest expectations.”

Spanning all ages, the oldest of these photographs is a century old, sent in by descendants of the furriers that helped create the very first outfit. 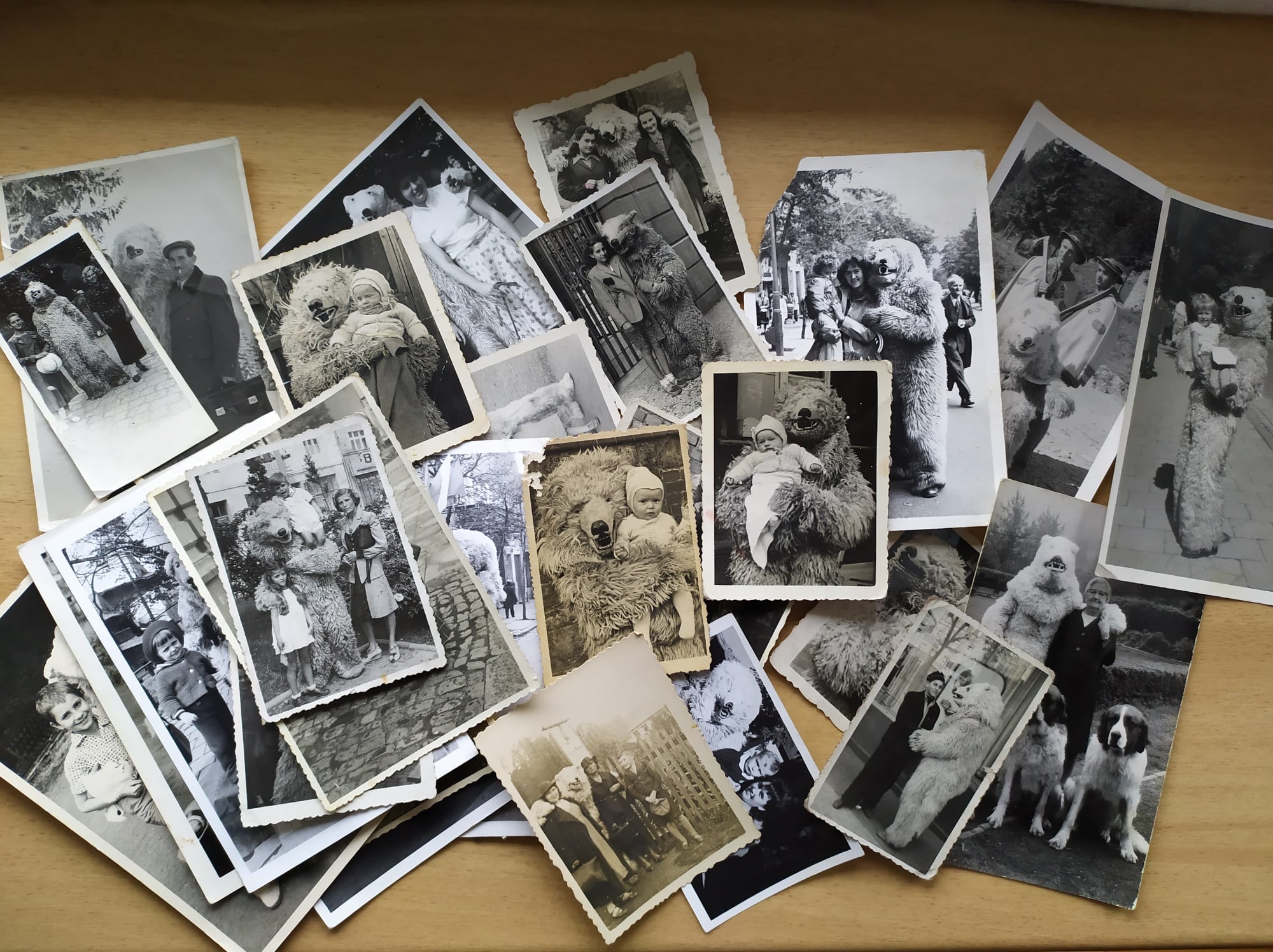 The album’s authors began to wonder why the bear was in “practically every album we looked at.”Oficyna Wydawnicza Oryginały

“Often the photos we received were accompanied by a tender description or a childhood memory, and the sheer variety often amused us,” says Caillot.

Taken in hugely disparate settings, images included the bear on Sopot Pier, next to a tank in Chorzów, on a plane in Rabka and even stood by a monkey. But entertainment value aside, the photographs, says Caillot, also act as an interesting document of the past.

“We see the bear in wartime, during the grey years of Communism, the political transformation and right the way through to modern times. The clothes and even the way the people pose is all indicative of the era, and so too even the bear’s costume.” 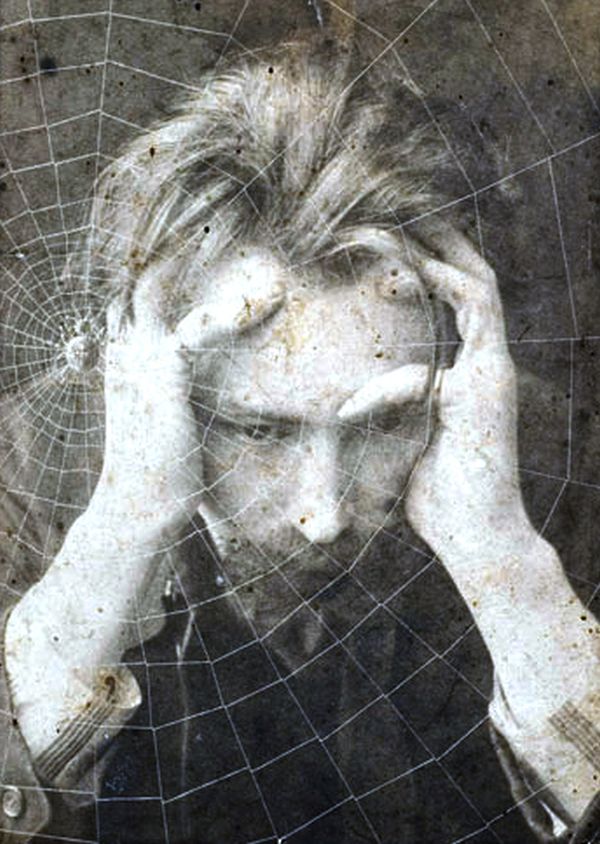 The bear is thought to have been introduced to the mountain resort by a photographer by the name of Henryk Schabenbeck.Public domain

Evolving over time, the years have seen the bear’s head and ears change and also the length of his fur. What has remained constant, however, is his ability to make strangers smile.

“He’s more like a caricature of a human rather than a menacing bear,” says Caillot. “He’s sluggish and clumsy and a little similar to a child taking its first steps. He evokes laughter and sympathy and his awkwardness dispels any fear. You forget about his fangs and claws to cuddle and stroke him – even befriend him.”

The individual reactions are themselves a study in the human mind. 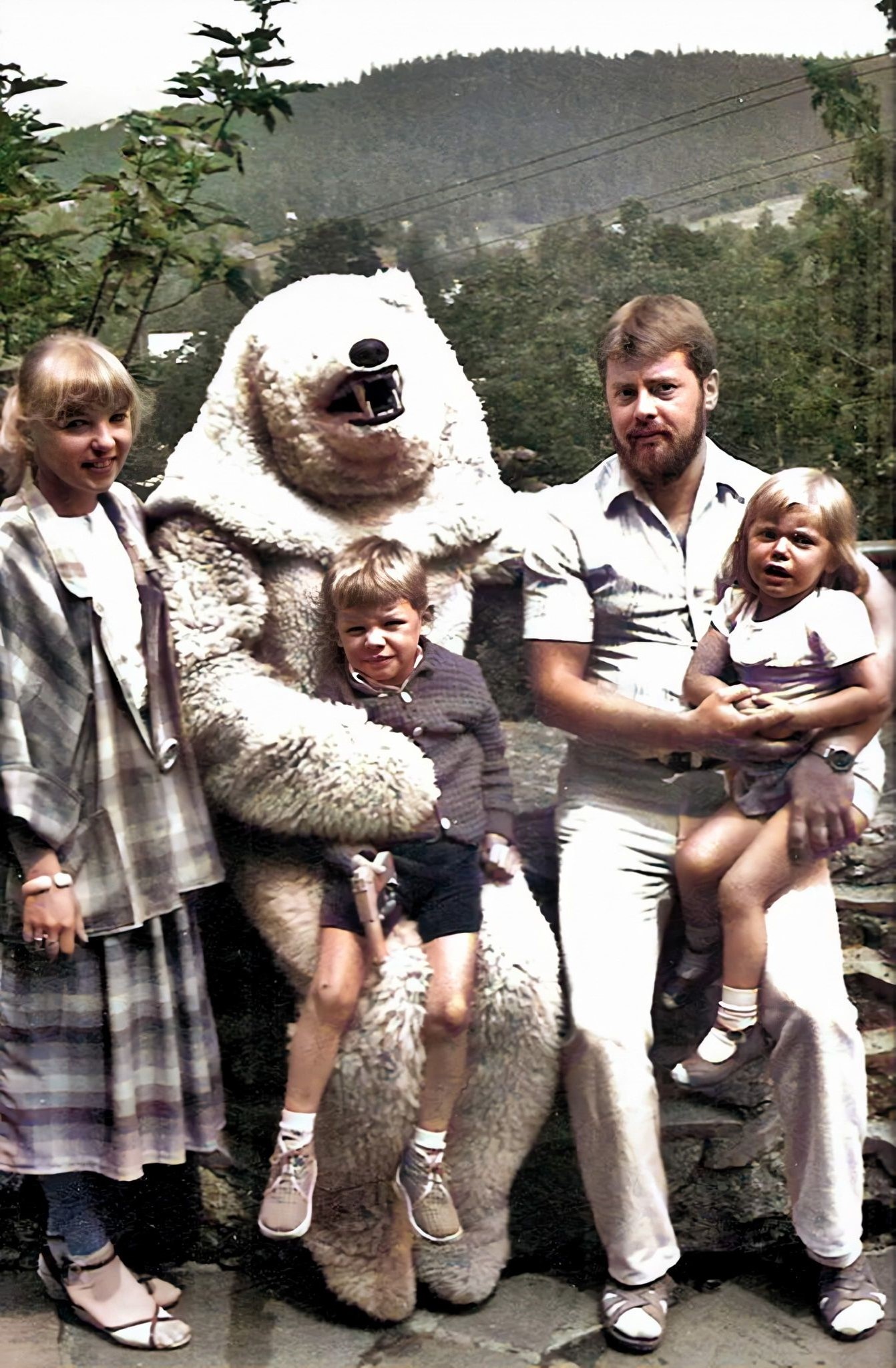 Evolving over time, the years have seen the bear’s head and ears change and also the length of his fur. What has remained constant, however, is his ability to make strangers smile.Oficyna Wydawnicza Oryginały

“For some, he gives a feeling of security – he is big and we are small,” says Caillot. “Even so, some children are still scared of him and you can see that in some pictures.”

Yet despite his enduring fame, the bear saw his popularity wane following the political transformation. With Poles enjoying newfound freedom, Biały Miś found his thunder stolen by the Disney characters that appeared on Krupówki.

Then, a decade or so ago, worse was to come when Biały Miś was refused a permit to appear in public. Outrage ensued, and the bear finally returned in 2017 thanks to the efforts of Marek Zawadzki.

Now working as Zakopane’s ‘official’ bear, Zawadzki can be found on Krupówki in all weather but rain – “that would be bad for the sheep skin,” he explains. 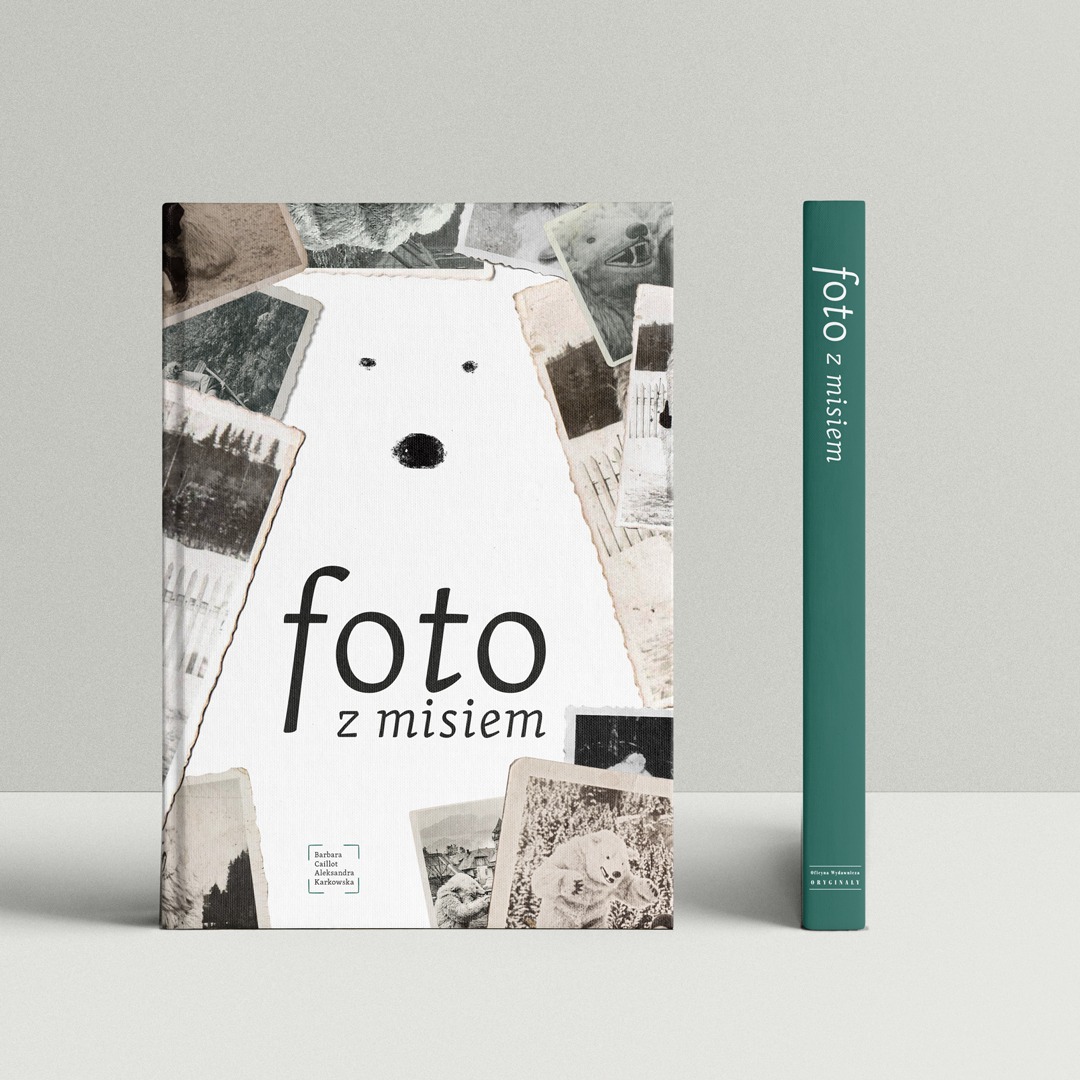 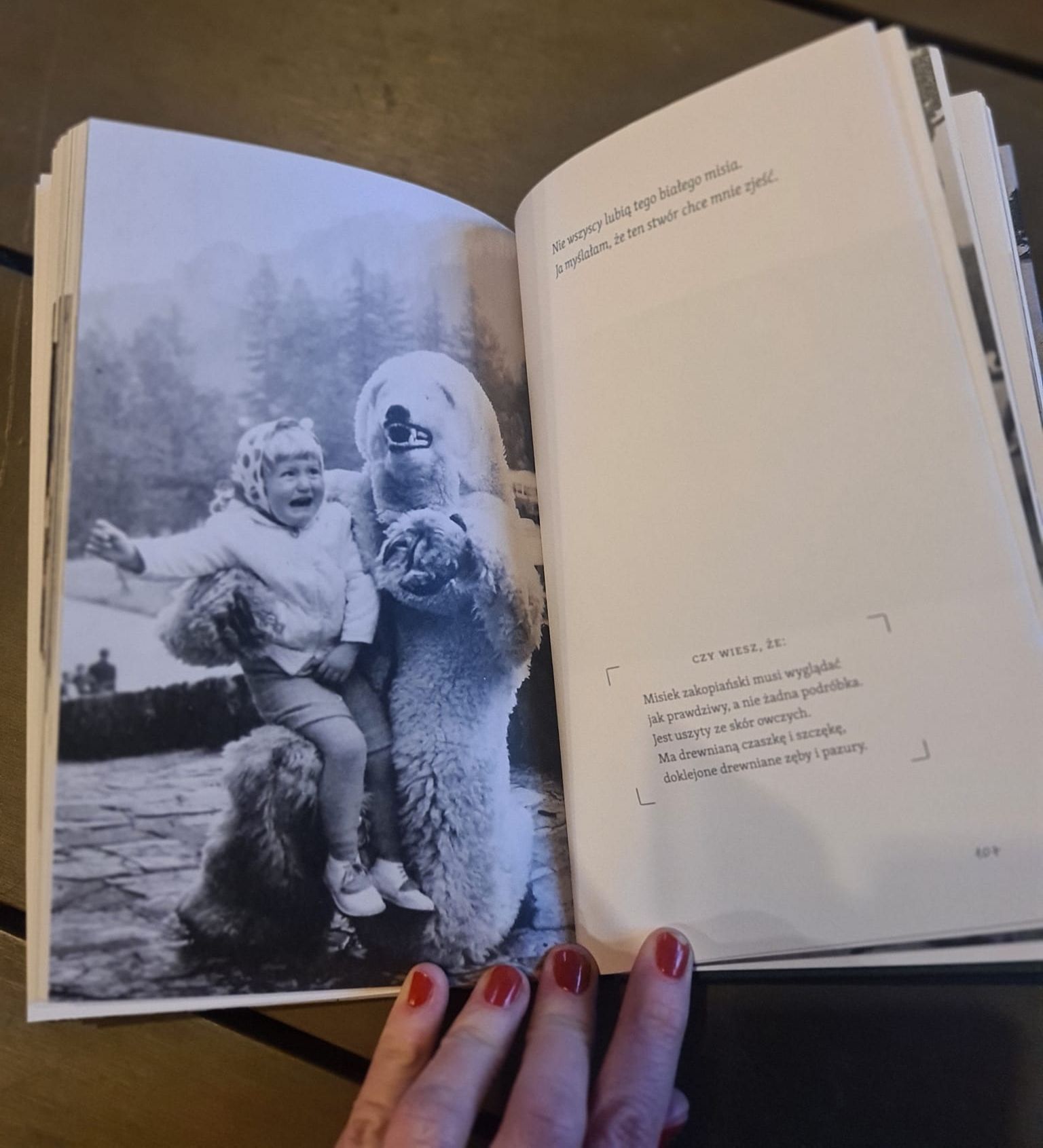 Of historic, ethnographic, social and artistic value, the book is a gently affectionate portrait of one of Poland’s most baffling curiosities.Oficyna Wydawnicza Oryginały

Enchanting a new generation, Biały Miś is weaving his magic once again. “He pulls you away from the drudgery of daily life,” says Caillot. “The bear takes you to a world of fairy tales. He represents the exotic and absurd – seeing him, it’s like a dream. You trust him and you give in and take a photo next to him. Years later, that photo will be with you, evoking warm sentiments of youth.”

Titled ‘Foto z misiem’, it is this feeling that Caillot’s and Karkowska’s book encapsulates. Also of historic, ethnographic, social and artistic value, it is a gently affectionate portrait of one of Poland’s most baffling curiosities.