The memory of the famous singer Kora has been honoured with a huge mural on Warsaw’s most prestigious street - and it will change with the seasons.

As lead singer of the group Maanam, Kora was one of the leading lights of the Polish rock scene for decades, becoming a household name to thousands upon thousands of Poles.

She died in July from ovarian cancer at the age of 67, having won the respect and admiration of many for her openness when it came to dealing with the illness and her passionate campaigning for better cancer treatment.

Now her image will look out on to the capital’s Nowy Świat Street thanks to artist Bruno Althamer. 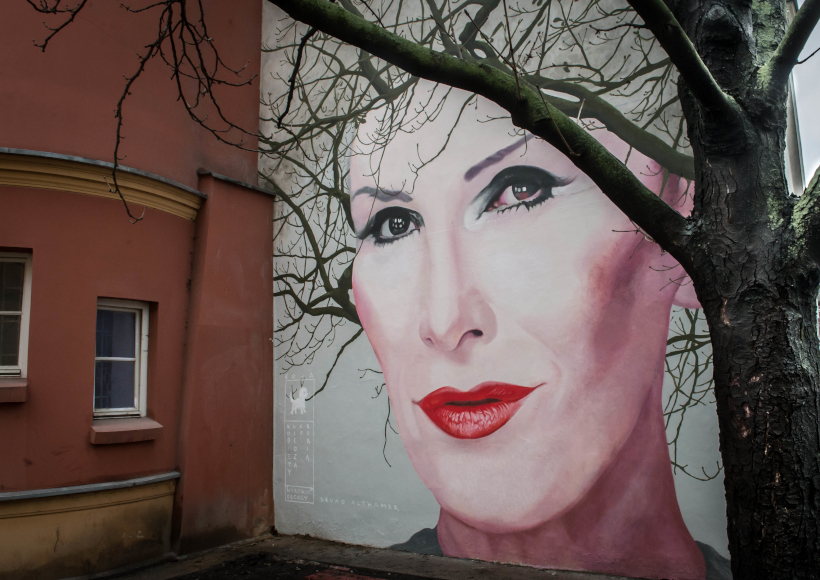 Being next to a tree, the idea is that as the seasons change so too will the branches making this a mural for all seasons. TFN

“I missed the peak of Maaman’s popularity, that was music of the previous generation,” Althamer told Wysokie Obcasy, a Gazeta Wyborcza weekly magazine.

“But her way thinking, the constant attention she paid to--and her insight into--the surrounding reality, and her admiration of the world; they are things that connected me to Kora.”

The mural is surrounded by trees and other plants so it will change with the passing of the seasons.

The piece of art is one of a four murals found across Poland created by the magazine in honour of four pioneering Polish women.