A Polish mum has given birth to six babies in Kraków.

The four girls and two boys were born at the city’s university hospital on Monday morning.

The babies were delivered via caesarean section during the unnamed mother’s 29th week of pregnancy.

She is said to be doing well, and the sextuplets have been placed in incubators. Each of the newborns weighs around 1,000 grams. 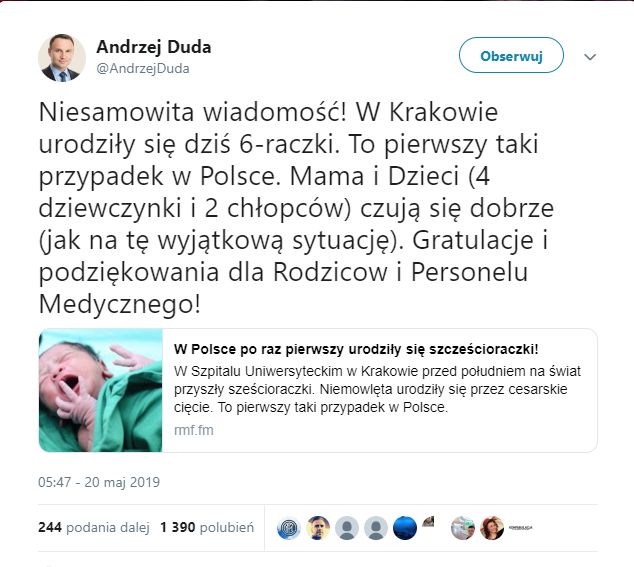 In a warming message President Duda tweeted: “Incredible news! Sextuplets were born in Kraków today. This is the first such case in Poland. Mother and Children (4 girls and 2 boys) feel good (considering this unique situation). Congratulations and thanks to the parents and Medical Staff!”Twitter

These are most probably the first sextuplets born in Poland, PAP was told by a hospital spokesperson.

The odds of giving birth to sextuplets is an astounding 1 in 4.7 billion.

The Kraków hospital will hold a press conference on Tuesday to present more information regarding this uncommon birth.