Exactly 110 years ago, Irena Sendler, a woman who could go on to risk her life to save thousands of Jews from the Holocaust, was born in Otwock near Warsaw.

In total she saved around 2,500 Jewish children by taking them out of the Warsaw Ghetto and hiding them with Polish families, orphanages and monasteries. Among the many honours she received later in her life, she was awarded the Righteous Among the Nations medal.

To mark anniversary of her birth, Sendler’s daughter Janina Zgrzembska spoke this week at the Jewish Historical Institute in Warsaw about her mother’s life.

What she achieved in that life was extraordinary. As a member of Żegota, the Polish underground organisation providing help for Jews, she organised a vast network of help with limited resources to bring aid to those trapped inside the Warsaw Ghetto. When the deportations to Treblinka started, she rescued thousands of children from certain death. 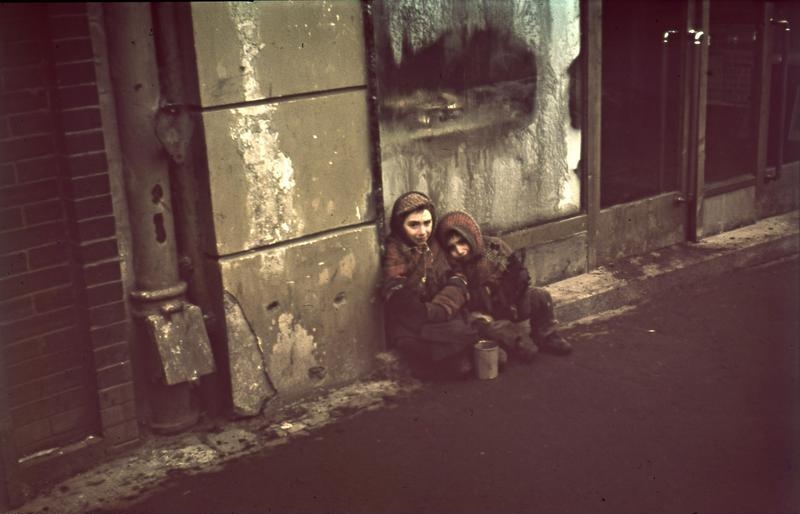 Children in the Ghetto were the most vulnerable to the effects of disease and starvation.Bundesarchiv/CC

Polish-Israeli Filmmaker Natan Gross said that she was the brightest star in the black sky of the occupation.

The Germans treated helping Jews as one of the gravest crimes, and if her clandestine work had ever come to light, they would have certainly executed her and most likely all her family.

On what motivated her to help her Jewish neighbours, her daughter said: “For my mother, origin, religion and race were not important; they divided people into good and bad.

“When the war came, she said in September that she started her own private war with Hitler. She looked at what was happening with Jews, so focused on their needs. Her rule in life was to extend a helping hand to someone if they were drowning.”

She applied this simple rule with great effect. 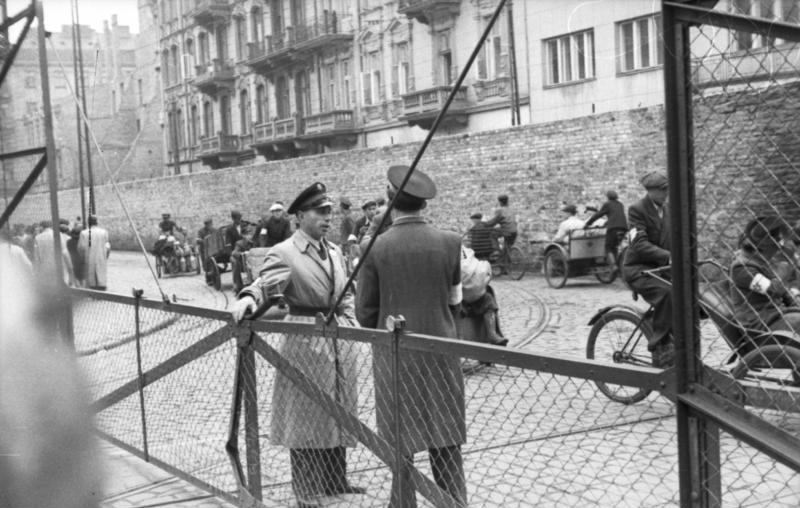 Sendler would use a variety of tricks to smuggle the children out of the Ghetto.Bundesarchiv/CC

When over four hundred thousand Jews were crammed into the Warsaw Ghetto, Sendler, as an employee of the Social Welfare Department, was able to enter the ghetto to check for signs of typhus.

The Germans were terrified that typhus would spread outside the ghetto, so they were happy to let Polish medical workers handle the sick and the dead.

Under this pretext, along with her co-conspirators, she brought medicines, sanitary items, clothing, food, and other things that people in the ghetto desperately needed.

While in the ghetto, Sendler wore a Star of David armband to stand out from the crowd, but also as a gesture of solidarity with the Jews.

“She saw that it was the children who were suffering the most, so it was obvious for her that she would do all that she could to help them,” Zgrzembska said. 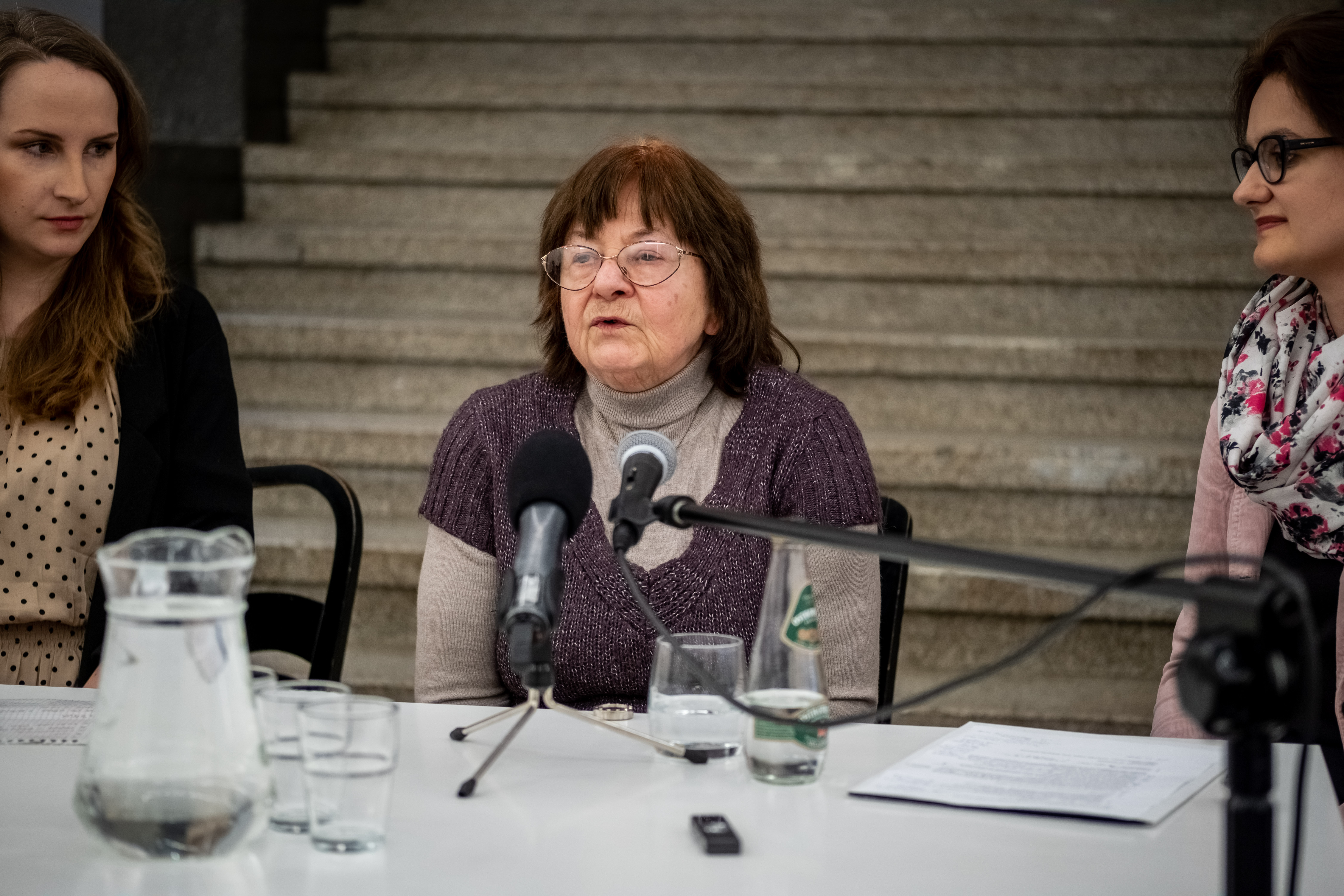 When the Germans started the extermination of the Warsaw Ghetto Jews at Treblinka, the focus of help changed from supplying materials to saving as many of the children as possible.

She persuaded Jewish parents that their children had a better chance to live if she smuggled them out and placed them with Catholic families.

“She used to say that nothing could express in words the immense suffering of the mothers who handed their children over to strangers,” Zgrzembska said.

The methods of escape devised by Sendler and those she worked with were ingenious. Sometimes, the children were hidden in sacks and taken out of the ghetto in a truck. 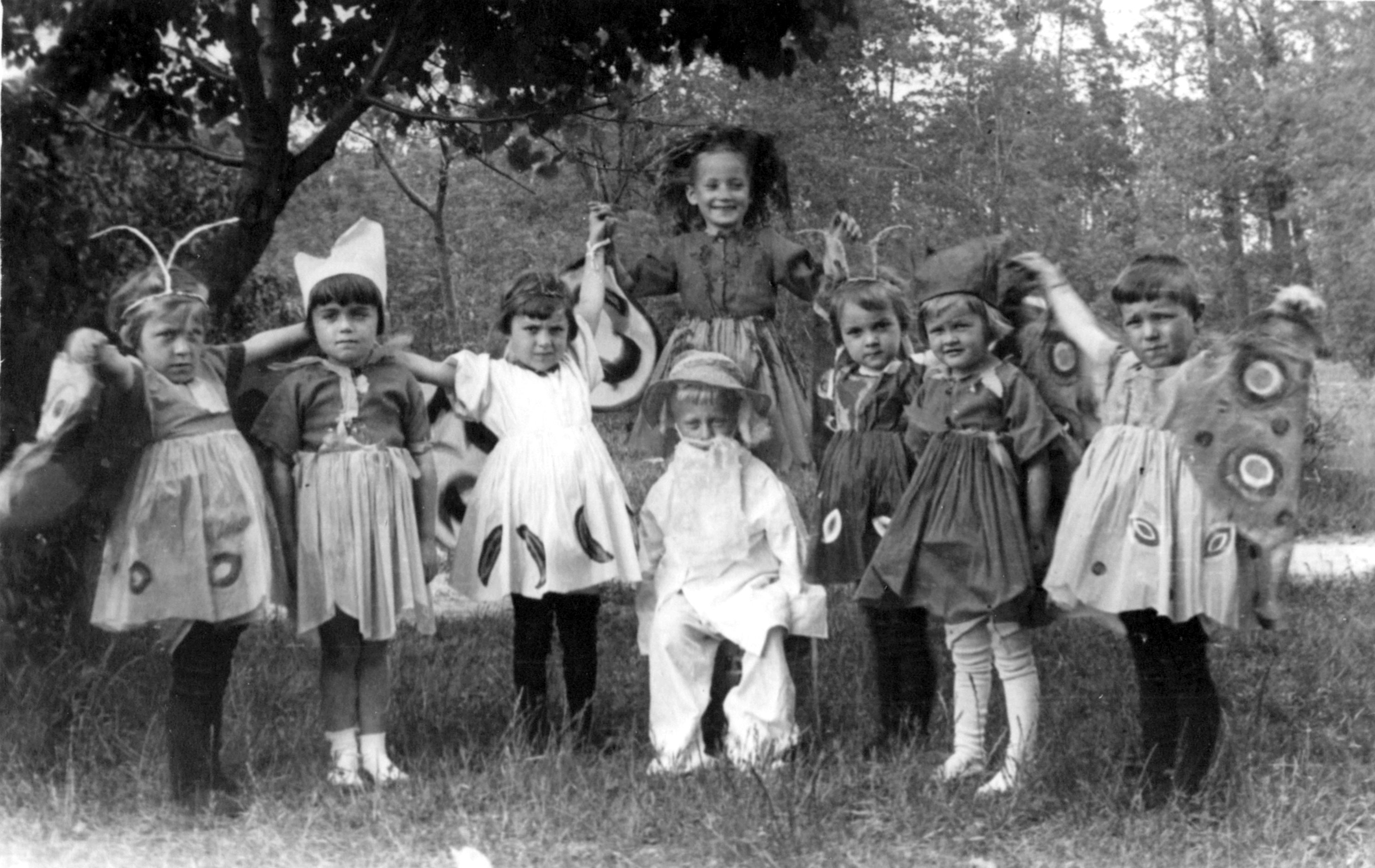 Sendler found homes for children with families or, as pictured above, in convents.filmatidimare.altervista.org

Because the children were often terrified, the driver took a German shepherd and made it bark to drown out the children's cries when they passed German checkpoints.

Other times, the children were subdued with medication and placed in boxes with air-holes.

Sometimes the children were passed through secret basements of buildings on the border of the ghetto, or they were smuggled out on the trams that ran through parts of the ghetto.

In hopes of reuniting the children later with their parents, she wrote their names and new addresses, in code, on slips of paper and buried them in jars under a tree in the garden of a co-conspirator. Almost all the parents were murdered. What the jars did, though, was save their true, Jewish identities. 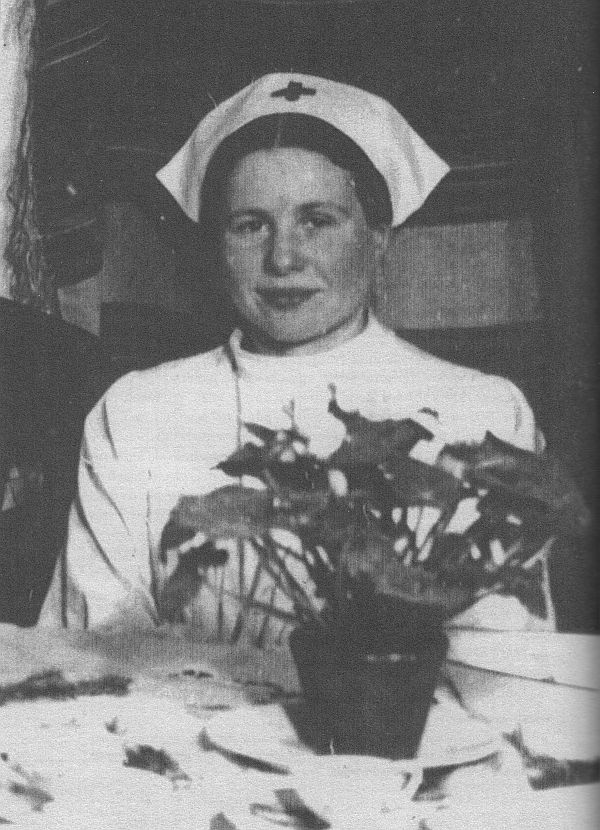 Her job as a health worker allowed her to enter the Ghetto.Public domain

All children, regardless of their age, were first placed in one of the ten emergency care centres. There, they would receive new identity documents, mostly after Polish children who had died.

They were then placed with carefully selected foster families, or most often with nunneries, such as the Franciscan Sisters. The children were given Christian names and taught Christian prayers in case they were tested.

The Germans eventually cast their suspicion on Sendler and on October 18, 1943 she was arrested by the Gestapo.

They beat her savagely, but she refused to betray any of her co-conspirators or the children they rescued. She was held in Pawiak prison for three months, where she was further interrogated and beaten.

On November 13, 1943, she was due to be executed by firing squad. However, she narrowly escaped after Żegota bribed German officials to obtain her release. 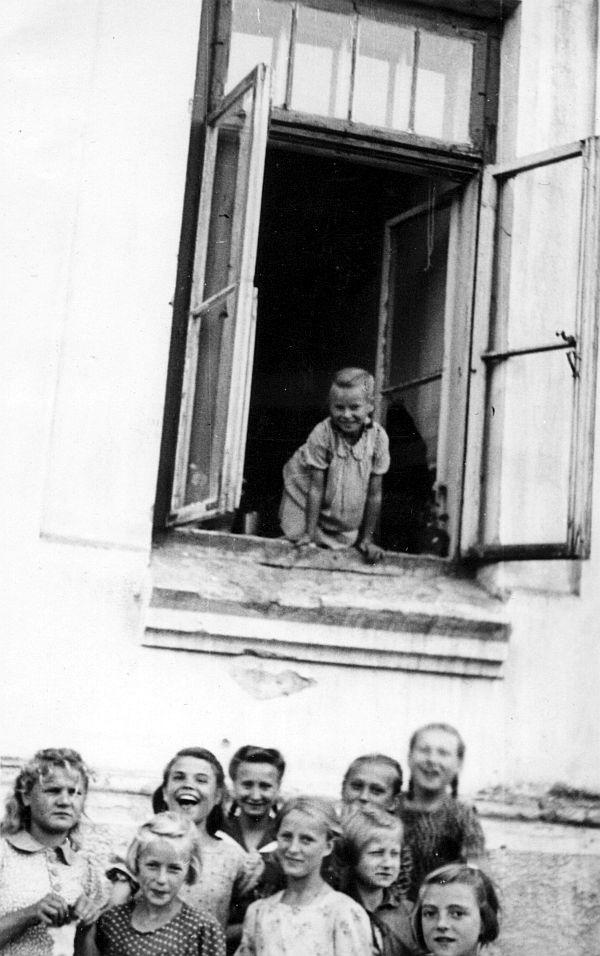 The rescued Jewish children were often taught Christian prayers to help them hide their true identities.filmatidimare.altervista.org

She changed her identity and moved around the city staying at different addresses only for a short time, all the time continuing her work.

Her daughter explained how she managed to be so effective under the gaze of the occupying Germans: “She was a great organiser and strategist. She used her logic, discipline, courage and honesty to survive in extreme conditions. It is a miracle that she did not lose her life. But she survived largely because she always had every action carefully thought out.”

After the war, the Communist authorities were suspicious of her involvement in the underground and she was ignored and forgotten. It was much later that the story of Irena Sendler the heroine came to light.

“Mum always said: Please don't call me a heroine. I just did what I had to do,” Zgrzembska said.

Despite saving so many children, Sendler lived the rest of her life wondering if she could have done more. “She always regretted not doing more, that she could save even more people,” she added.

Being the daughter of Irena Sendler has not been easy for Zgrzembska. 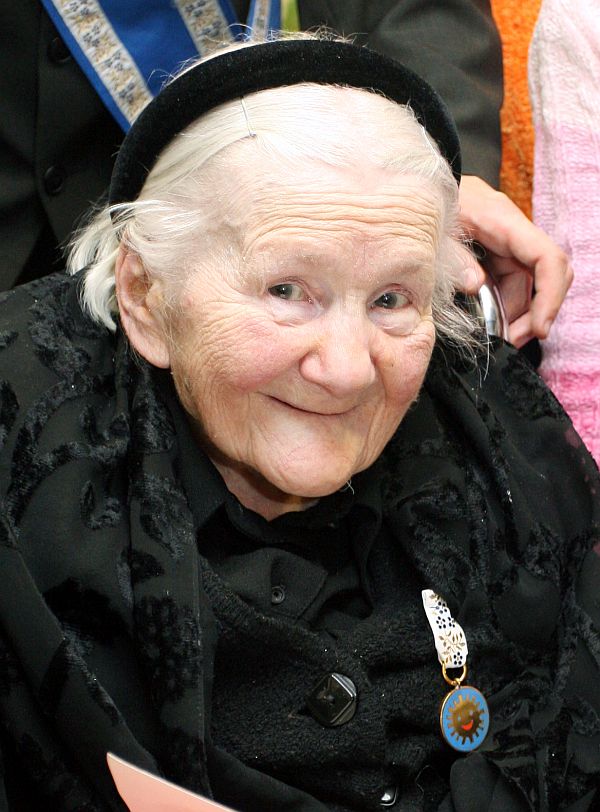 It was not until the end communism that the story of Sendler’s heroism was made public.Radek Pietruszka/PAP

“She was always busy with other people. It's hard to be there for the world and for your family. When we were little, we waited for hours for our mother, and she was often not there.”

“She always said to me: I have full confidence in you, I believe that you'll manage well and you'll do well.

“I couldn't count on great support from her, because she was always busy. But I don't feel bad about that. You pay a price for everything in life.”