It was a rainy and misty evening, visibility was close to zero, in the autumn of 1989, just months after communism collapsed in Poland.

Antoni Moch, was driving a small railway from Kowalew to Pleszew, a small town in southern Wielkopolska (Greater Poland). It was the last run of the day. 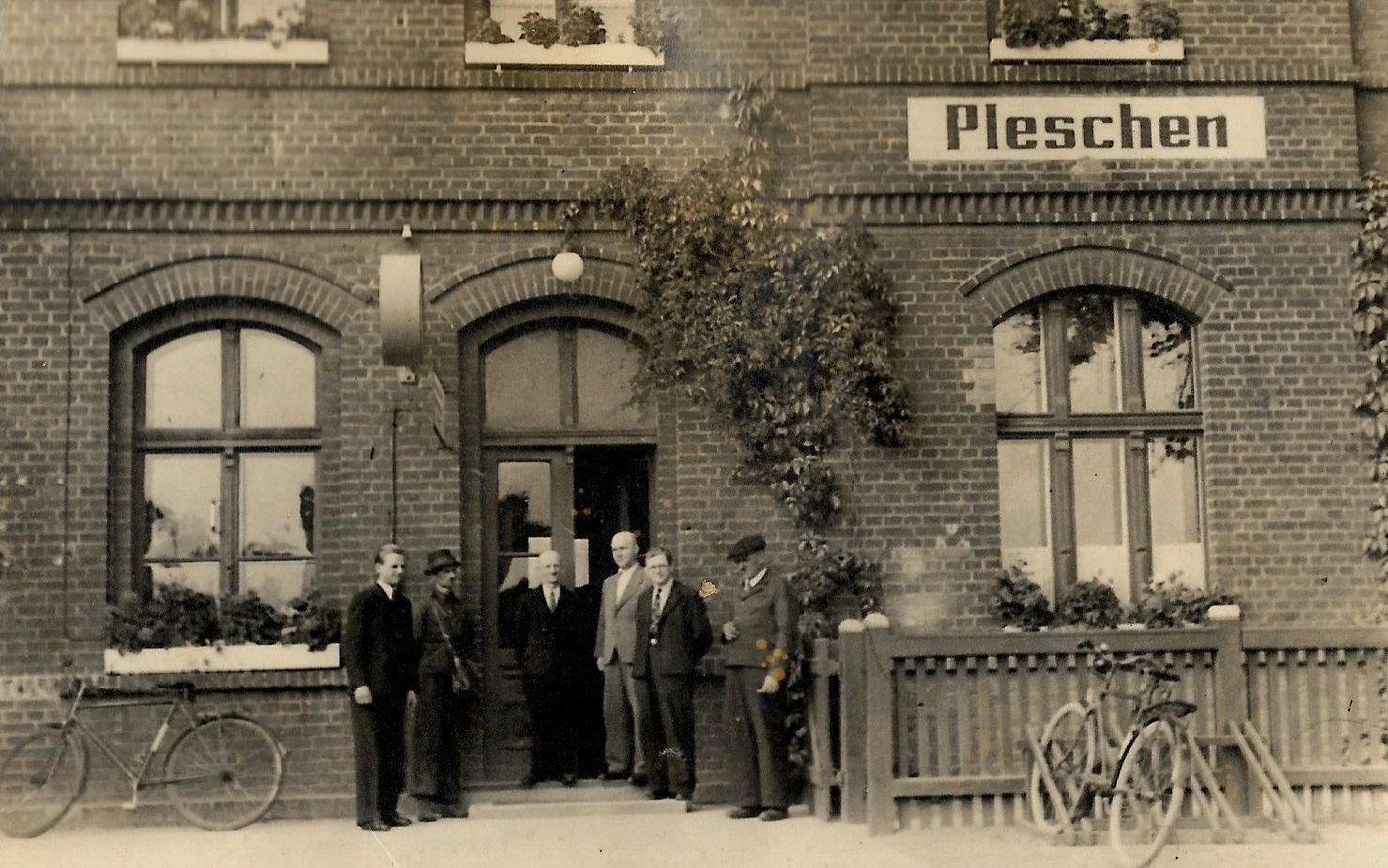 The railway station in its Germanic days. Local Museum of Pleszew

Just a couple of minutes after the train had left Kowalew Wąskotorowy station, Moch saw a man lying on the rails. He pulled on the brake leaver, and the train stopped just centimetres from a would-be suicide.

“Nothing happened to him but I was scared to death. I had never experienced a situation like that before,” says Moch recalling the event. 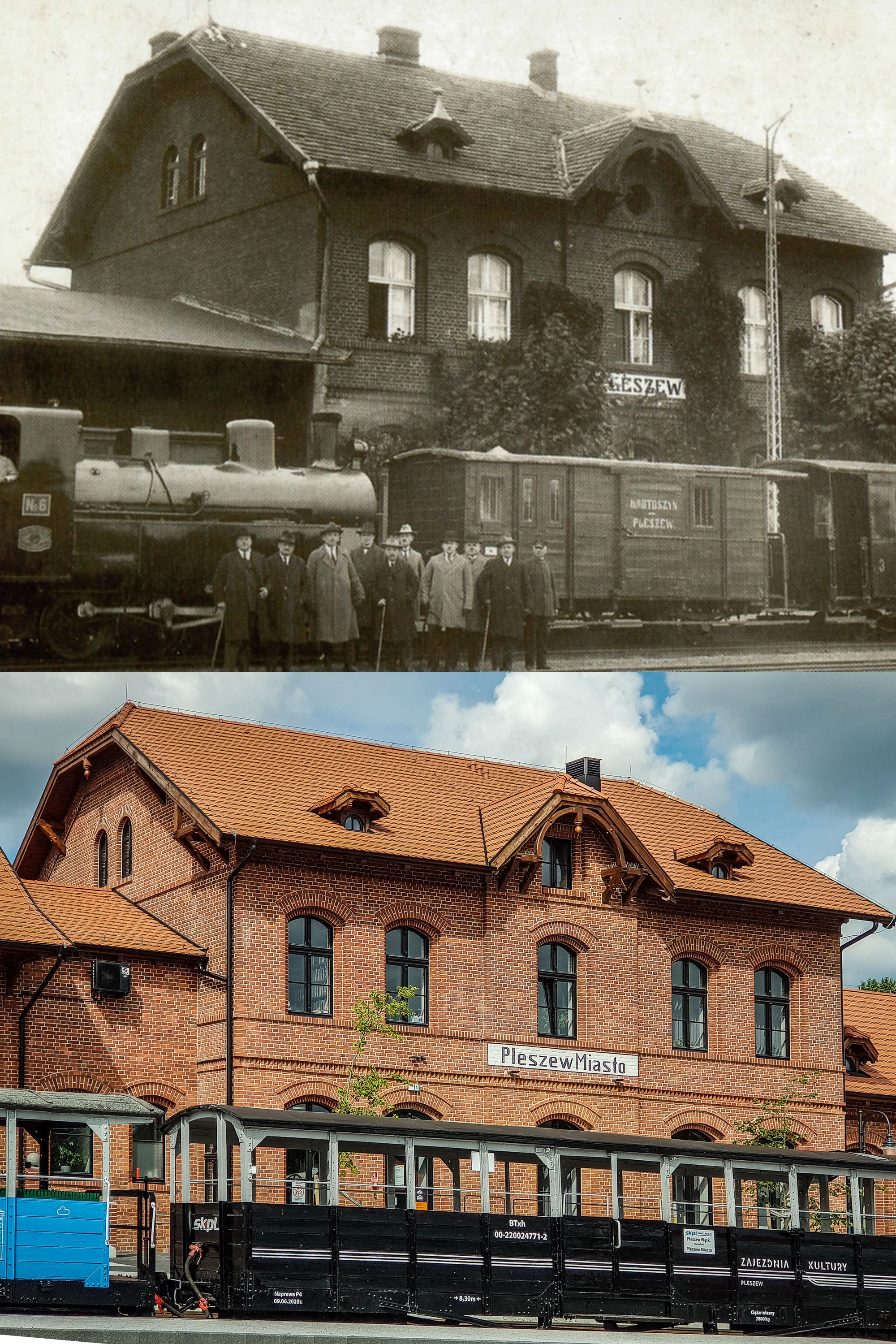 The station has undergone a transformation over the years.Kalbar/TFN

Eventually it turned out that the man didn’t really want to kill himself. “An ambulance and the police came, I made a statement, and the guy was taken to a hospital,” says the driver. “He was simply drunk. So drunk that he didn’t even know where he was!

The drunk man was the only major incident during Moch’s 45-year career as a narrow-gauge railway worker. But the line itself had had another brush with death in 1975 when a group of Englishmen didn’t notice warning lights and were knocked down by a train while crossing the tracks. 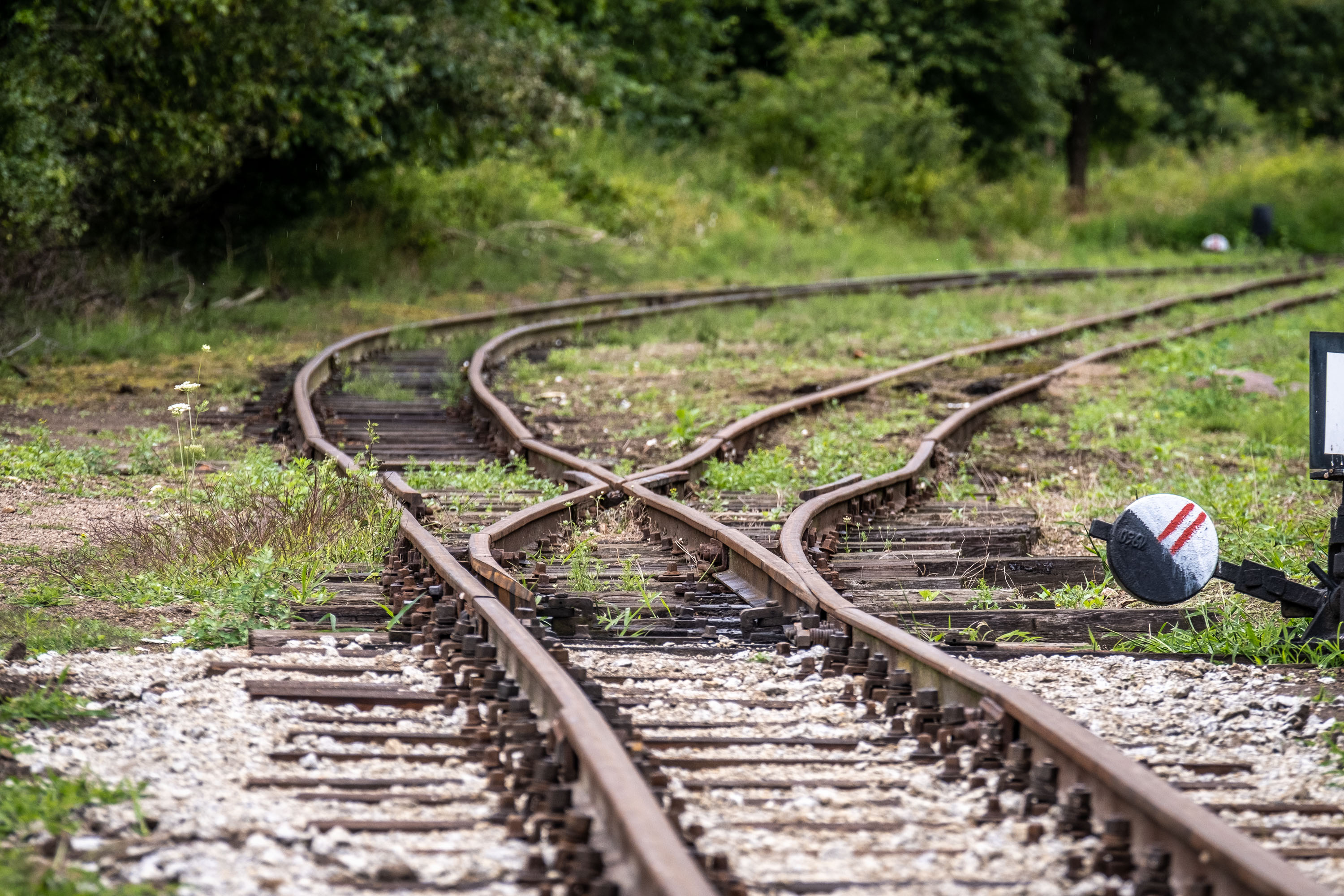 But apart from these accidents, the railway, called by locals “Bana” (from the German ‘die bahn’ – train), has been a safe mode of transport since its rails first rang with the sound of locomotion in 1900. With an average speed of 25kph, and boasting a diminutive size it fits snugly into a Greater Poland landscape characterised by immense rape fields, small red-brick houses, long poplar-lined roads and ubiquitous tidiness.

The Pleszewska Kolej Dojazdowa (PDK) was one of 32 narrow-gauge railways built in Poland, mainly during the Prussian partition. But now it is one of the few non-tourist railways operating today. 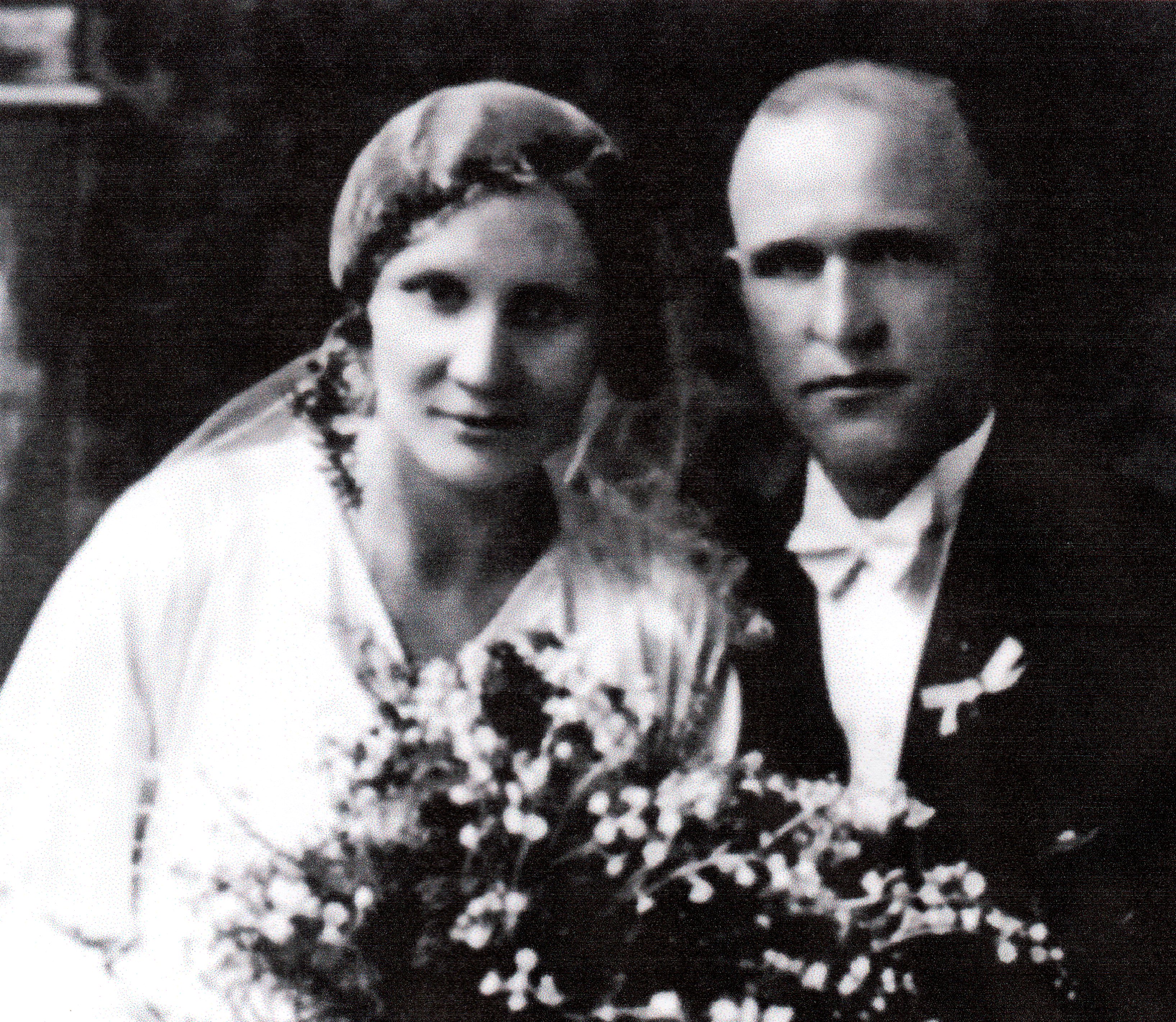 It owes its existence to the stubbornness of the then landowners. When local authorities built a railway connecting Poznań and Kluczbork at the end of the 19th century, landowners from Pleszew were against it crossing their lands, fearing that it would harm their businesses. Finally railway lines connecting Poznań, the capital of Greater Poland, with the industrial region of Silesia bypassed Pleszew, and a railway station was built in a small village of Kowalew, four kilometres from the town.

The system worked for a decade. People were getting on and off in Kowalew and used cabs, mainly owned by Jews. But as more people used the train and the faster towns having railway stations developed, the more the landowners from Pleszew realised they had made a big mistake. 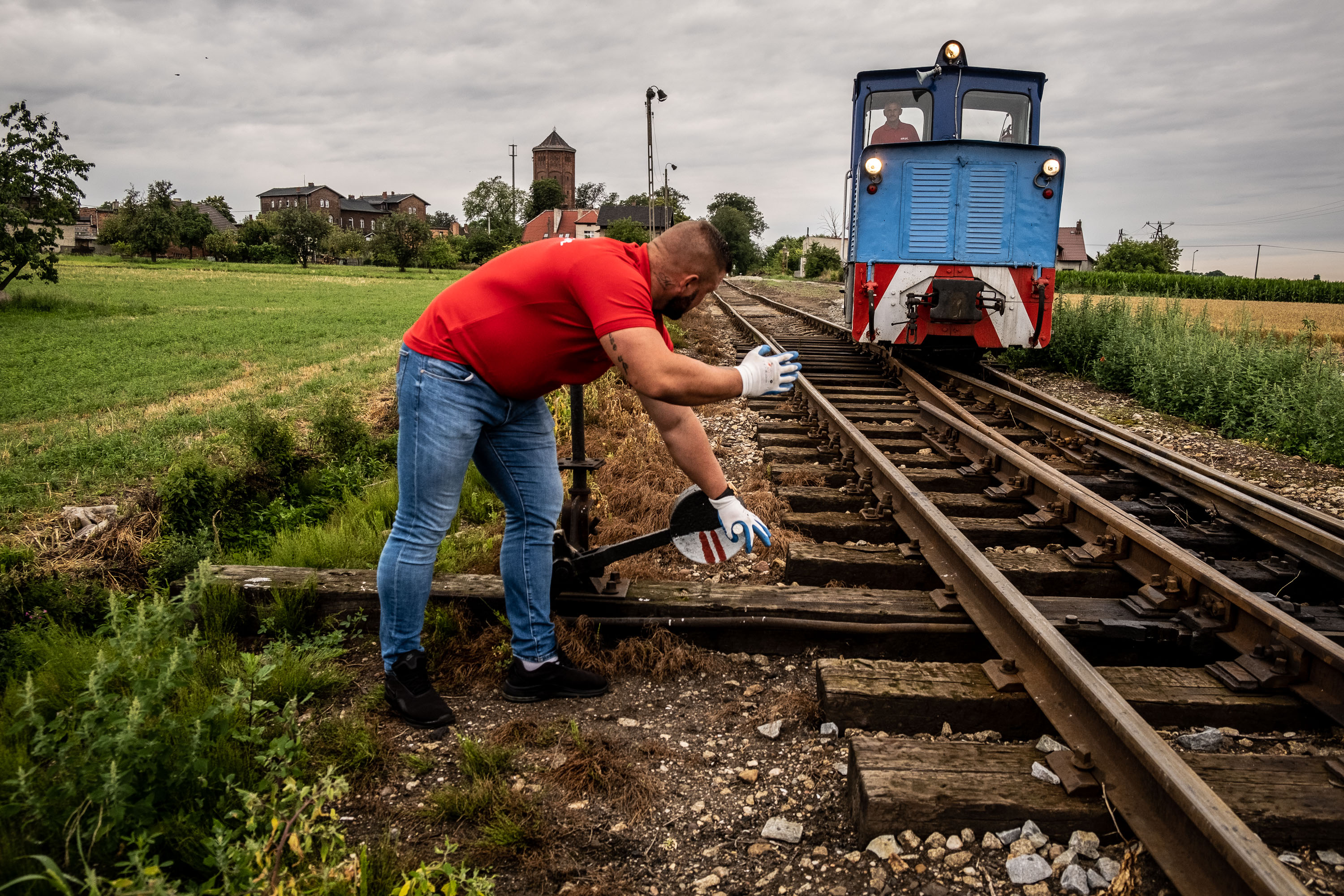 The railway has managed to survive the transition from communism to capitalism.Kalbar/TFN

Finally local authorities, now pushed by the same rich landowners, decided to build a narrow-gauge railway connecting Kowalew, Pleszew and two more small neighbouring towns, Dobrzyca and Krotoszyn. It was the first and the last railway line built in Poland with three tracks. Three allowing big and small locomotives to operate on the same route.

In the turbulent inter-war era working for Pleszewska Kolej Dojazdowa was a prestigious job as it came with a decent salary, a nice uniform and a stable position. It also had the added perk of guaranteeing a good social position. At the start of WWII, all of the top jobs on the railway were taken over by Germans but basic positions were still occupied by Poles. Moreover, most of the Polish workers were members of a Home Army (AK) and were actively involved in the Polish resistance. 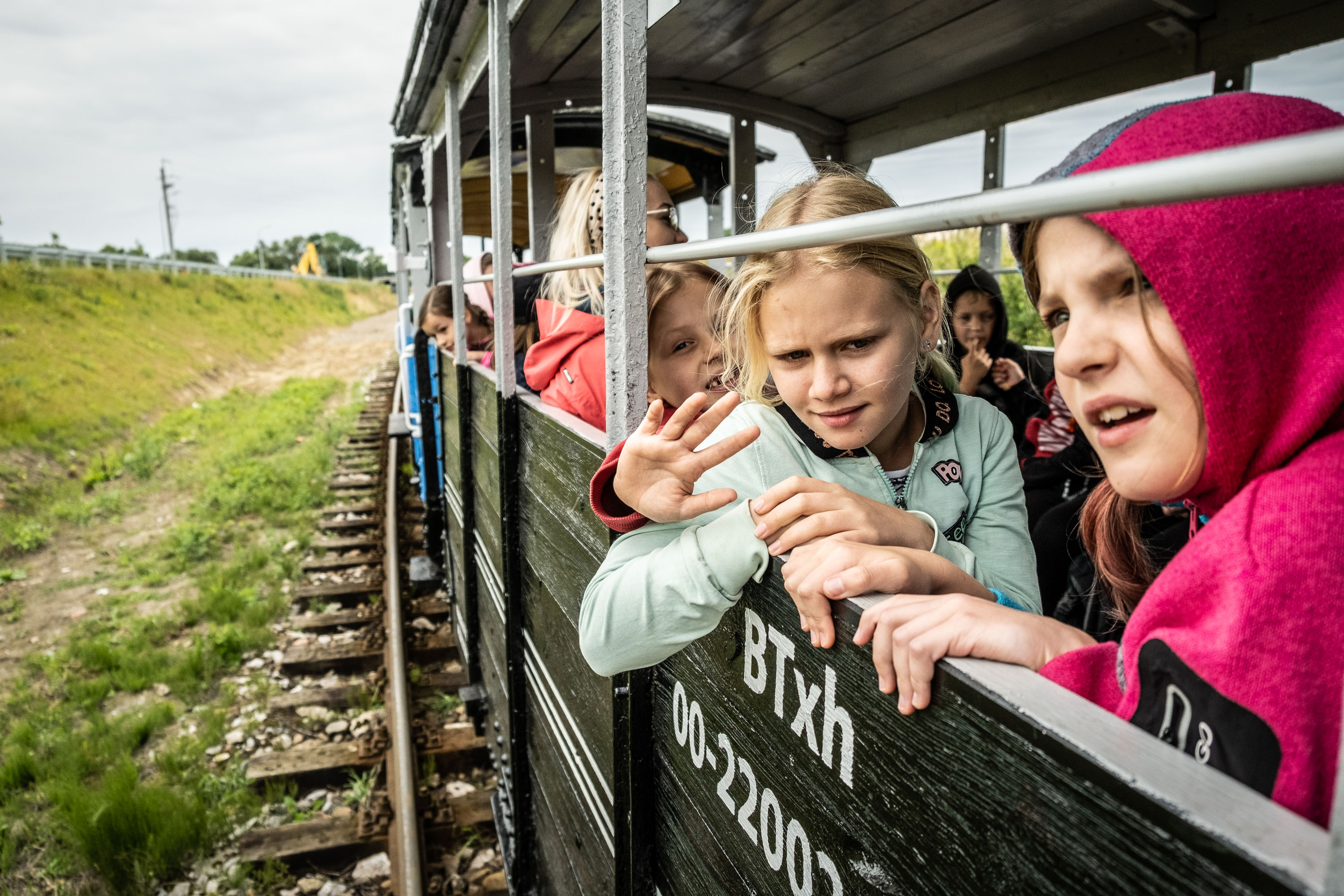 Adam Staszak, the head of a local museum in Pleszew, says that most of the resistance activities were focused on smuggling weapons air dropped by the Allies.

“It was unbelievable but they were doing it under the noses of their German bosses and no one noticed anything,” says Staszak. 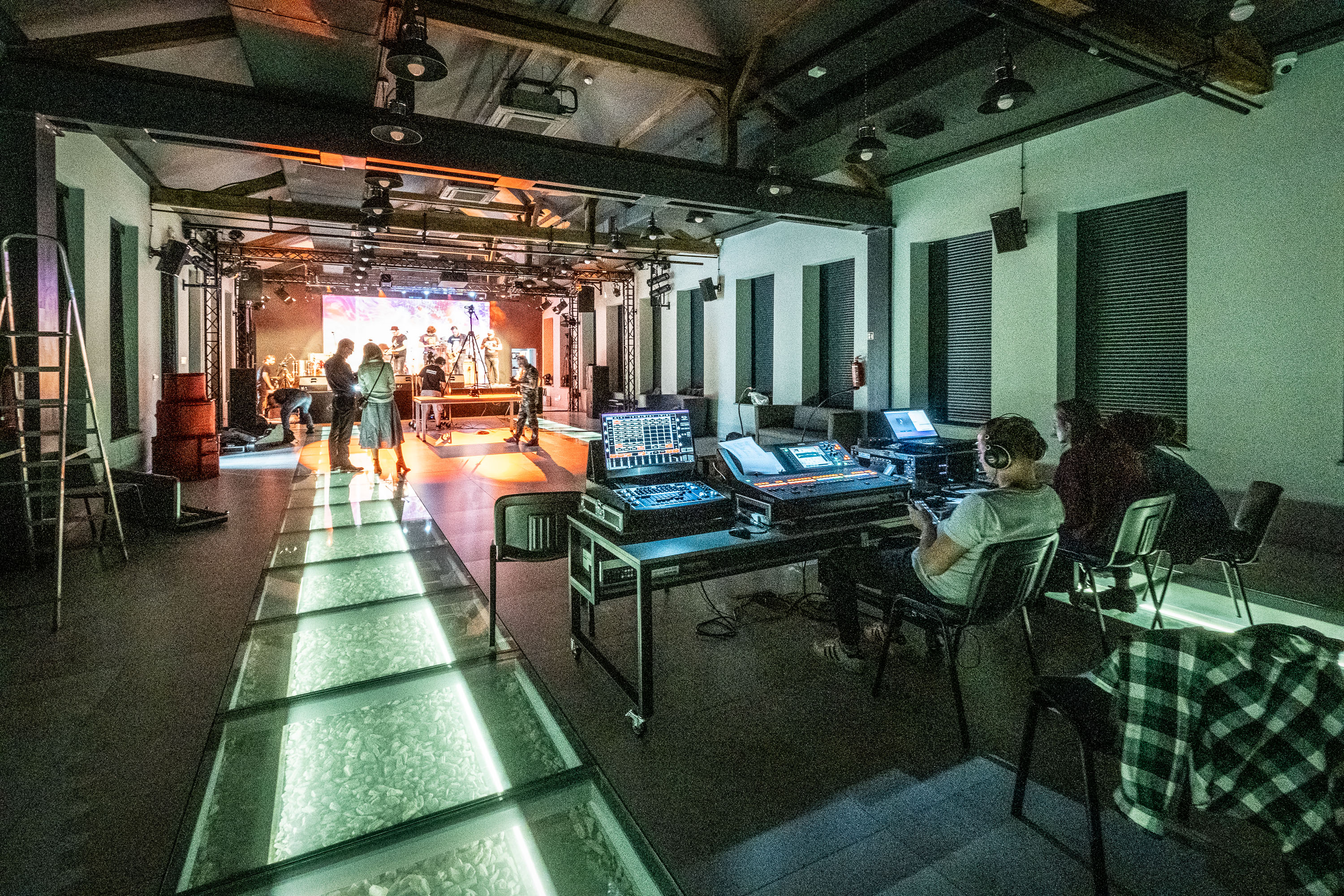 Along with operating a railway service the station is now a cultural centre.Kalbar/TFN

One of the most outstanding members of the local AK was Brunon Nikolejzig, the railway accountant. He commanded most of the local military operations with success, yet his brave history ended in tragedy when he was shot by the Nazi Germans days before Pleszew’s liberation in January 1945. His wife also suffered a miscarriage when she was being interrogated by the Gestapo. She managed to escape, however, and walked to Łódź, 130 kilometres from Pleszew. When the war was over she returned to her hometown and attended the exhumation of AK soldiers. She recognised her husband by a white rosary he had in his pocket.

The railway continued to operate in the early post-war period. Moreover, following its nationalisation, it flourished in the 50s and 60s, and by the early 70s it transported hundreds of people every day, and employed 135 workers. 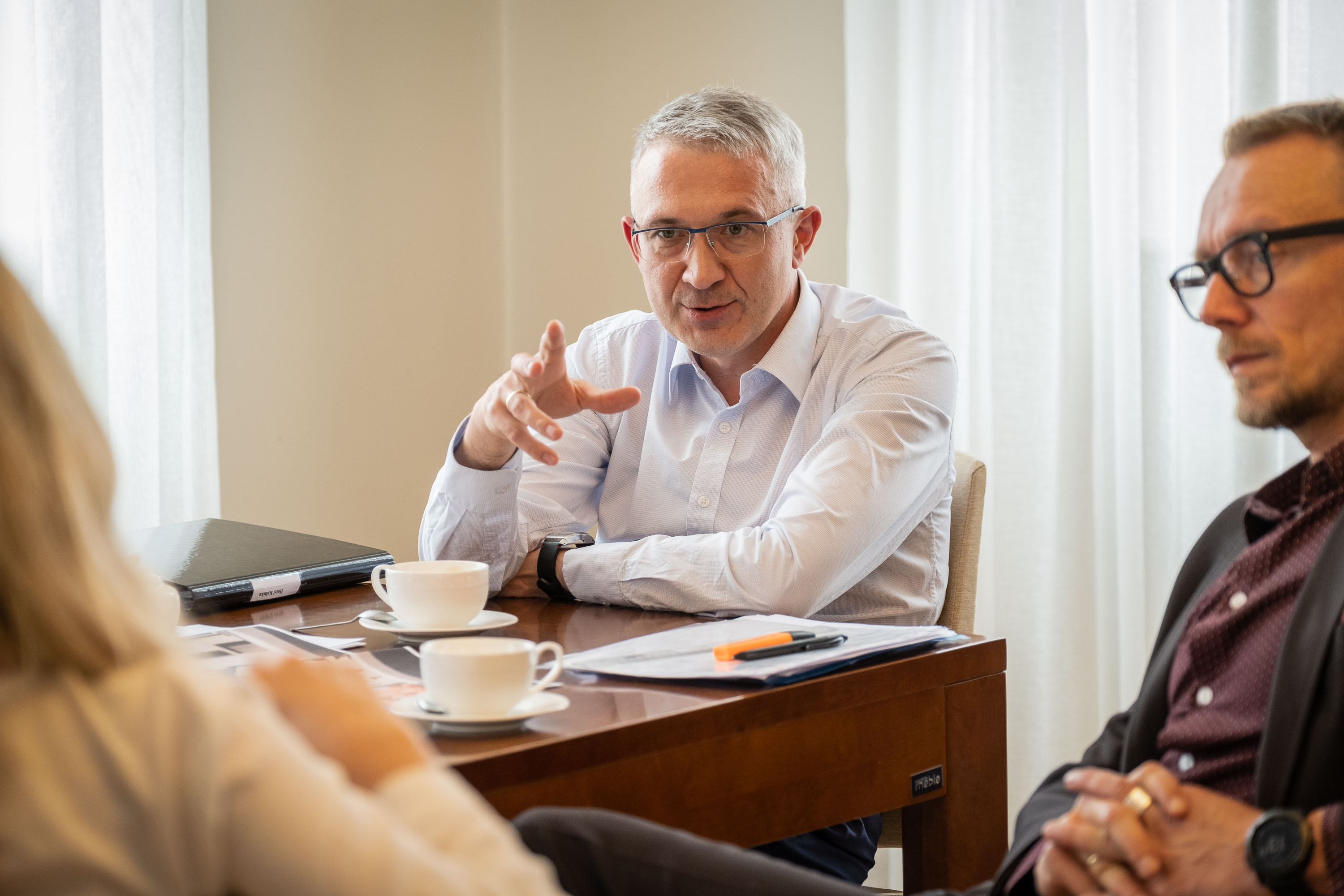 “To be honest, trains at the depot made me a little nervous at the beginning,” says Mayor Arkadiusz Ptak. Kalbar/TFN

Antoni Moch was one of them. He joined the railway in 1977 – working first as a craftsman, and then as a railwayman.

“I saw its prosperous times and I was a witness to its gradual decline,” Moch said.

As time went on more and more people opted to use busses, and the railway struggled. The PDK simply became too slow and too expensive both for its owners and for its users. So the owners started to cut costs – first by slashing the frequency of runs, then by cutting jobs and services. 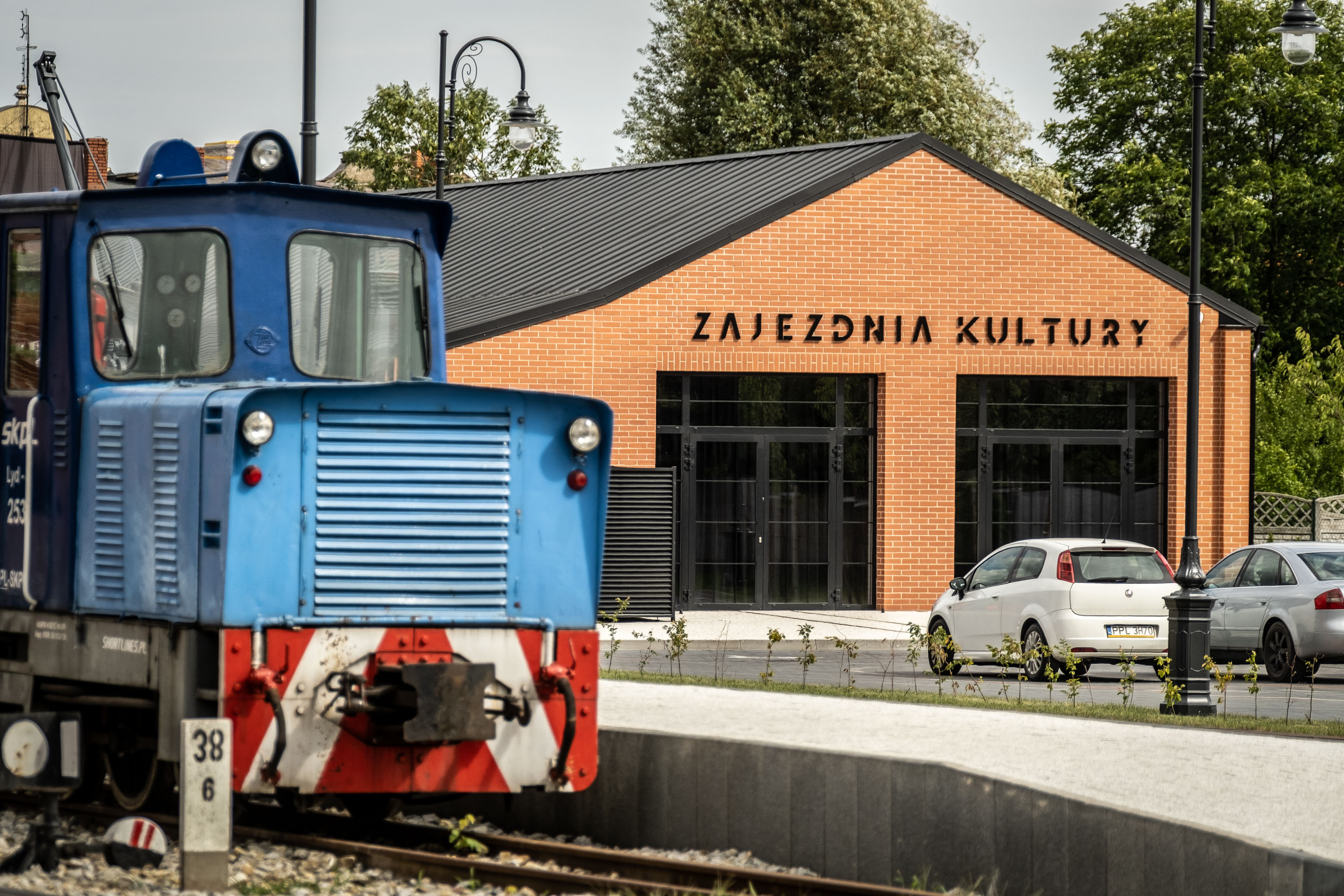 The collapse of communism was the end for many narrow-gauge railways. But, in spite of its troubles, not for the Pleszew line.

At the start of the 21st century, Polish National Railways (PKP) sold most of its less strategic railway connections, including small railways, to local authorities. PKD was handed over to the Pleszew commune, and in 2006 the town signed an agreement with a private company, Local Railway Transportation Association (SKPL), which carried out some basic renovations and resumed connections between Kowalew and Pleszew. 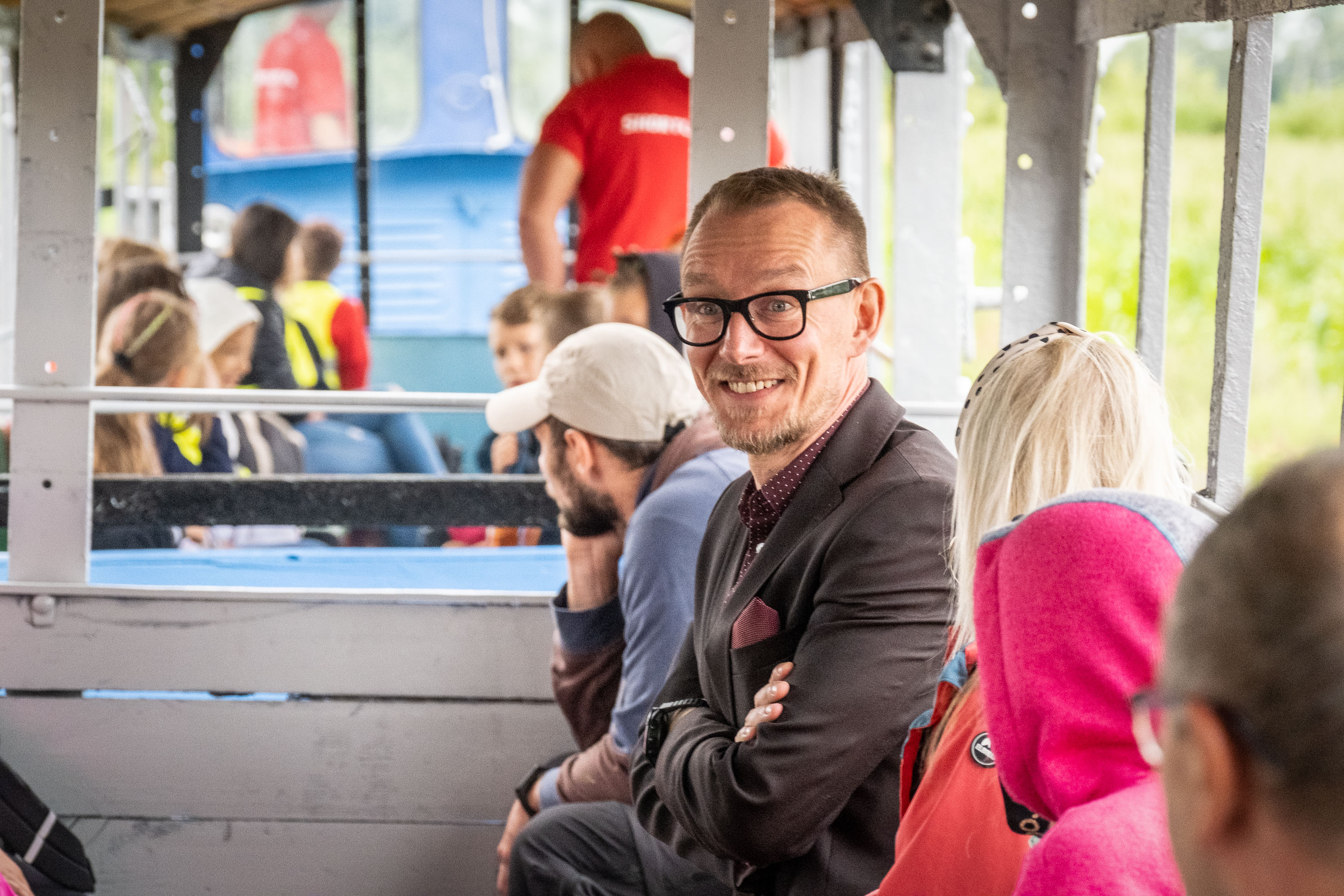 “This is a wonderful and fertile space that we all grow in and develop,” says Przemysław Marciniak, head of Zajezdnia Kultury.Kalbar/TFN

But a question of what to do with two unused railway stations buildings remained. Once elegant and noble, the red-brick big buildings have fallen into ruin. SKPL didn’t need them and local authorities had their hands tied as both buildings had been registered as monuments.

So the municipality of Pleszew applied for an EU grant with the idea of building a local cultural centre that would coexist with an operating railway. 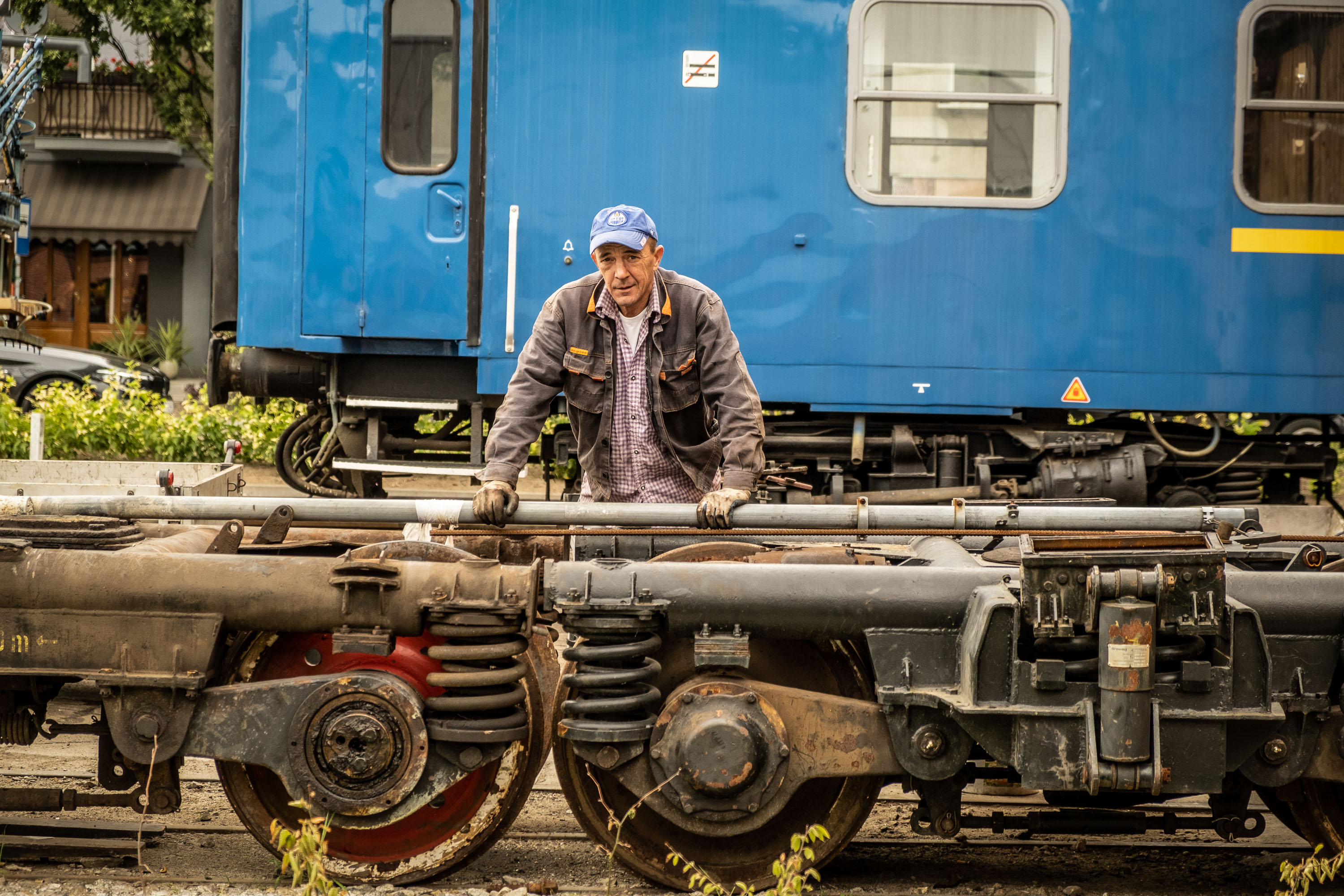 At the start of the century, PKP sold most of its less strategic railway connections, including small railways, to local authorities.Kalbar/TFN

The town obtained nearly PLN 4.5 million, added another PLN 2 million, and in just two years built a big public library and renovated a depot, turning it into a fascinating cultural centre.

Arkadiusz Ptak, mayor of the town, admits that he was unsure about having an operating railway co-existing with a cultural centre. 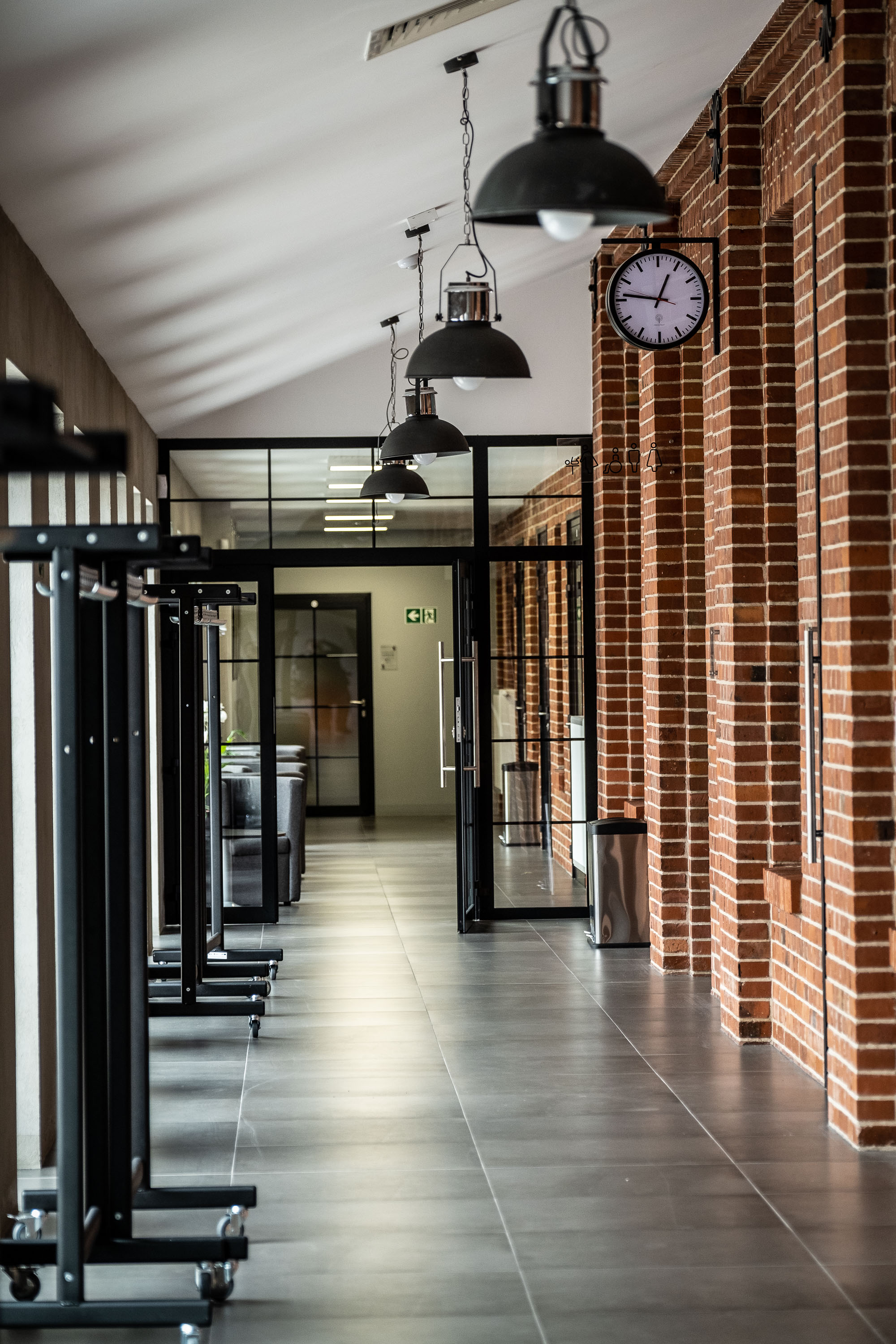 In the total renovation cost around PLN 6 million.Kalbar/TFN

“To be honest, trains at the depot made me a little nervous at the beginning,” he says. “I couldn’t imagine that such a technical environment would harmonise with a cultural centre.

“But it turned out that this ‘technical environment’ became an asset. And we now have a living, open-air railway museum!” 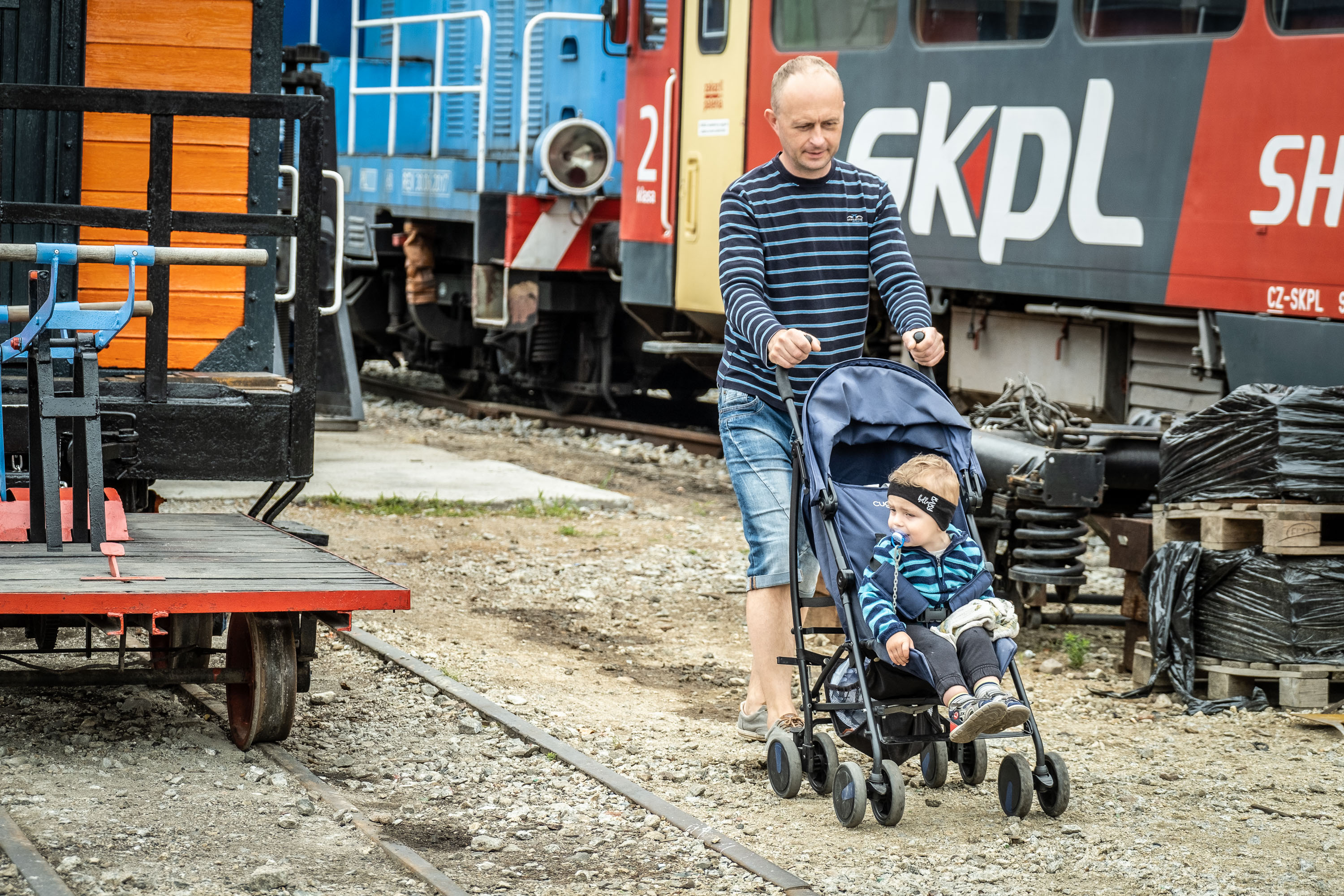 The railway is still pulling in the crowds.Kalbar/TFN

It is one of only three such places in Poland. The first one located in the city of Wrocław, is called the Centre of a History “Depot” (Centrum Historii Zajezdnia), and is an open-air museum built on the site of a former bus depot. The other one is a library located in a railway station building in Rumia, near Gdynia.

Zajezdnia Kultury in Pleszew combines both of the activities, working as a public library and a large cultural centre.

After passing through the main entrance door to the centre, visitors walk over a railway pedestrian crossing, while technicians work on the railway’s rolling stock. Nearby, a group of artists prepare painting exhibitions. The two groups meet from time to time for a quick coffee. This is how it looks almost every day. 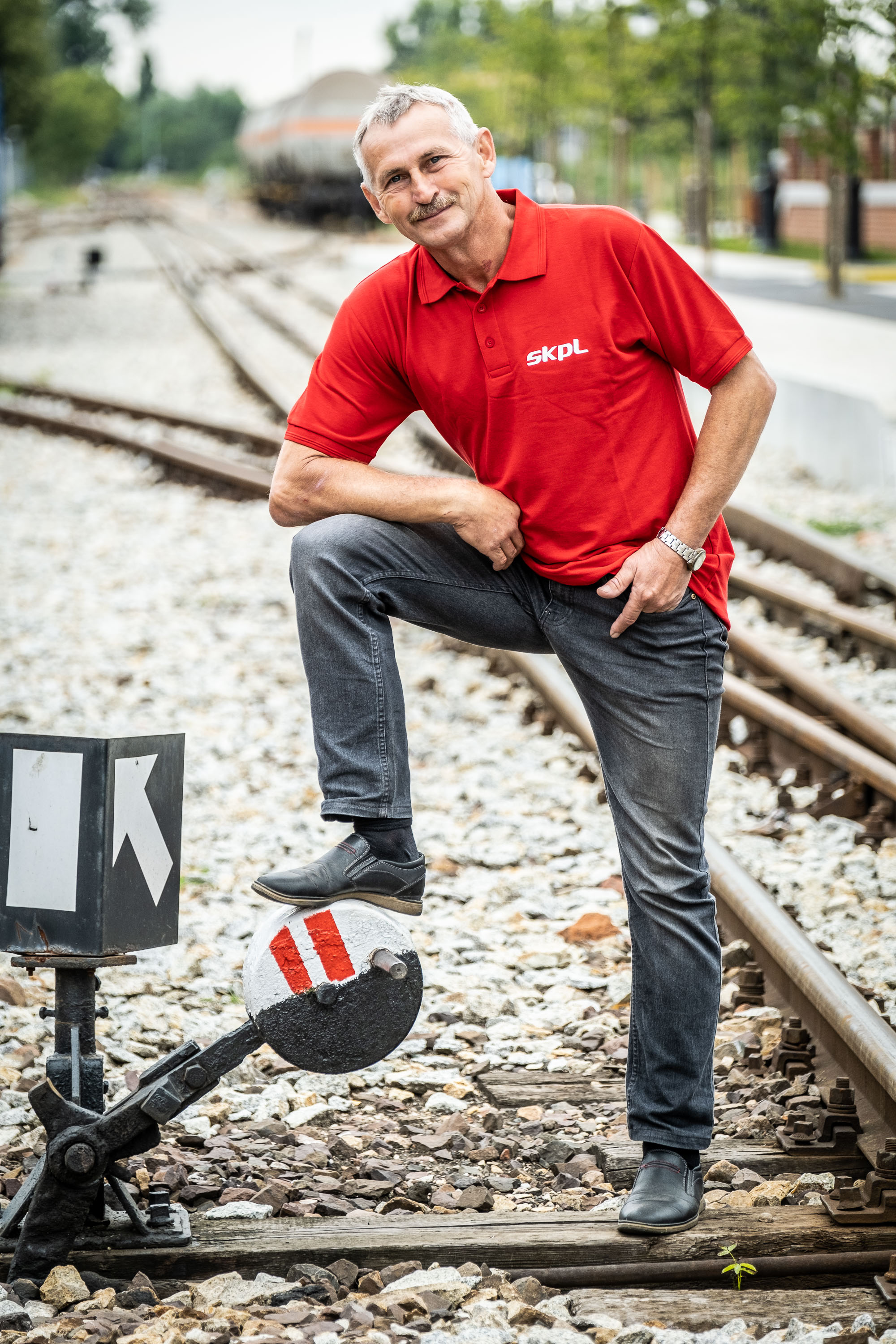 Antoni Moch, worked on the railway for decades, and still dedicates his free time to the line.Kalbar/TFN

“This is a wonderful and fertile space that we all grow in and develop,” says Przemysław Marciniak, head of Zajezdnia Kultury. “The railway is a key part of this place’s identity.”

Antoni Moch feels the same. Now retired, he is always on call if there’s a lack of railwaymen. He feels happy that he can work in a pleasant and lively place, and can always come in to see what the centre is preparing.

“I am happy that this place hasn’t died. It is a big chunk of my life,” he says.