A powerful documentary telling the story of how Polish diplomats saved the lives of hundreds of Jews has been re-released this week with English subtitles.

Titled ‘Polmission. The Passport Mystery’, the one-hour film lays bare the scale of efforts undertaken by Poland’s government-in-exile to rescue the nation’s Jews from near-certain death.

Directed by Jacek Papis, the story begins with a brief primer on how Polish diplomats in Kaunas cooperated with the Japanese mission – with whom they enjoyed close relations – to issue transit visas to the Jews that had fled eastwards following Hitler and Stalin’s initial carve-up of Poland.

This, however, is the precursor for a story that has its central base in Bern. 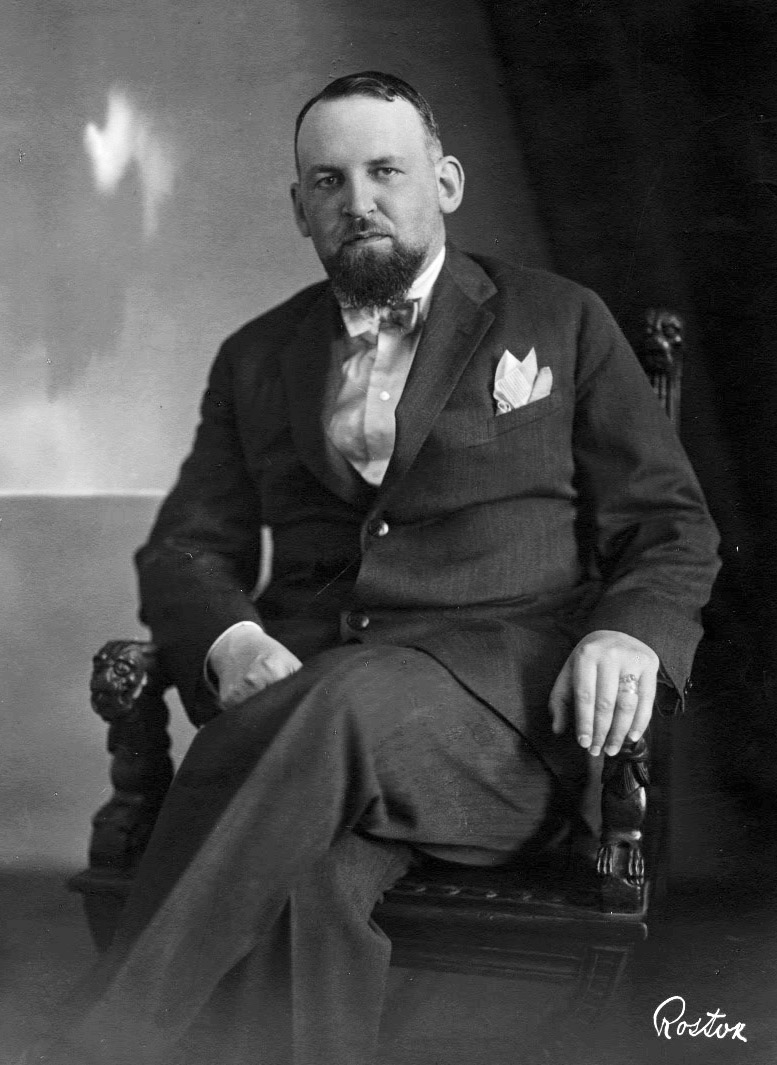 Seeking someone he could completely trust, London-based Władysław Sikorski, the Prime Minister of the exiled government, appointed Aleksander Ładoś to head Poland’s Legation in Switzerland. Together with other chief protagonists such as his deputy Stefan Ryniewicz, consul Konstanty Rokicki, and diplomat Juliusz Kuehl, working in partnership with two Polish-Jewish leaders, Abraham Silbershein and Chaim Eiss, a small, covert structure involved in the issuance of forged South American passports to Jews was formed. Later, they became known as the Ładoś Group.

Viewed as gold dust, these documents were sent onwards to German-occupied Poland and Holland. These false documents gave their bearers a chance of life, allowing a significant number of these Jews to avoid deportations to the gas chambers. 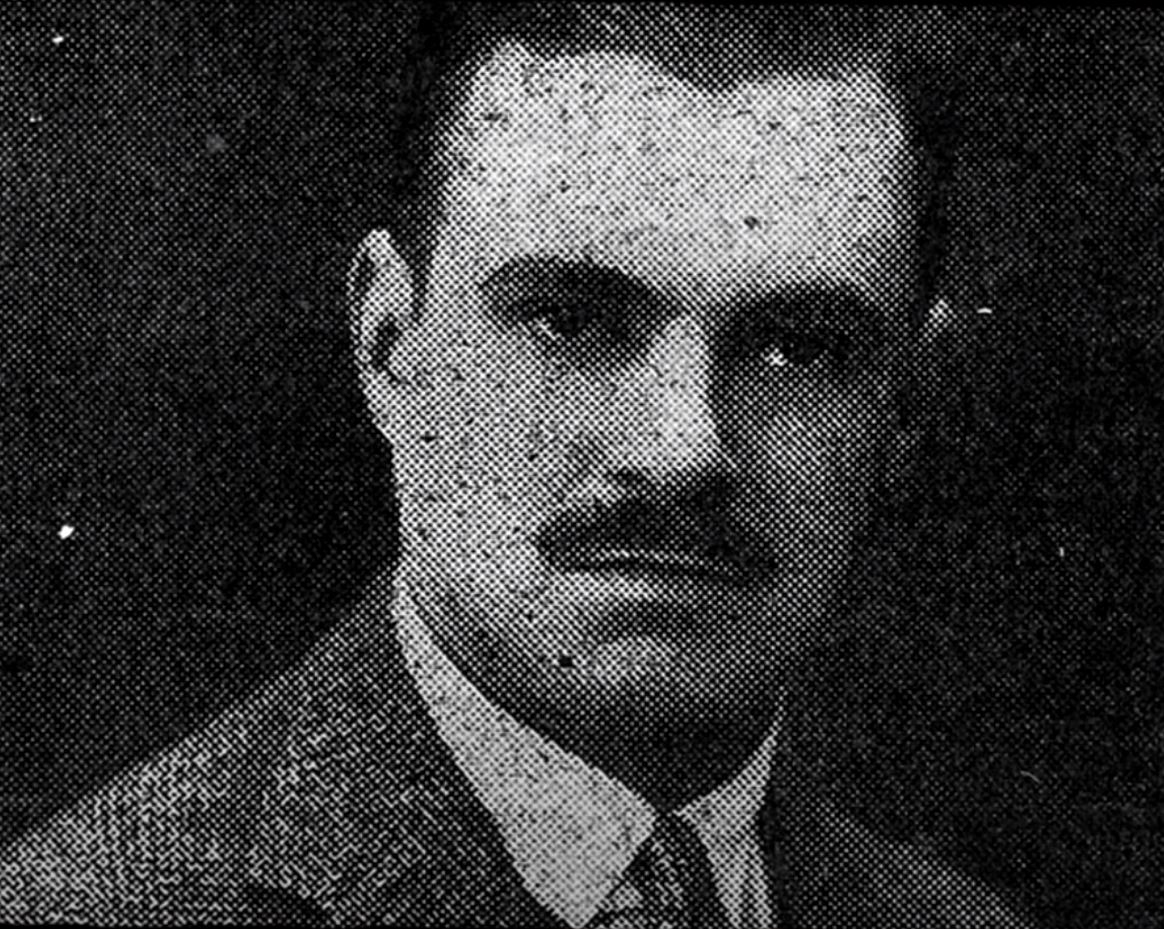 Together with other chief protagonists including consul Konstanty Rokicki (pictured) the small, covert structure involved in the issuance of South American passports to Jews was formed.IPNtvPL/YouTube

“Aleksander Ładoś and his fellow diplomats could have been complacent in the relative safety of neutral wartime Switzerland,” he tells TFN. “Instead, knowing of the reports coming from Polish underground intelligence about the genocide of the Jews throughout German-occupied Europe, they decided to rise to the occasion and act to help their fellow man.”

The enormity of their task was not helped by the lack of support they were given.

On the strength of reports smuggled out by the Polish underground, Western media first reported on the genocide of Jews in June 1942; but whilst Ładoś immediately recognized these stories as being based upon fact, Western powerbrokers repeatedly chose to dismiss the horror stories seeping from Poland.

Despite the lack of outward support, Ładoś understood the value of taking immediate action.

Among the 838 known passports that the Ładoś Group was forging for Jews in the Będzin Ghetto one was for Leon Cymbler, the grand uncle of Jeffrey.

It was while Cymbler was researching his genealogy at Israel’s Massuah Holocaust Center that he stumbled upon a pile of documents relating to the Jews of Będzin. In an extraordinary twist of fate, the first letter he picked out was written by his relative.

“Before the war, Leon was an industrialist. He owned the Silmet metal refining factory in Chorzów,” says Cymbler. “A native of Będzin, as his financial position dramatically improved in the 1930s he moved to a flat in Katowice from where he commuted to work in his chauffeur-driven car. When the war broke out, he, his wife, son and daughter were expelled from Katowice and wound up in the Będzin ghetto.” 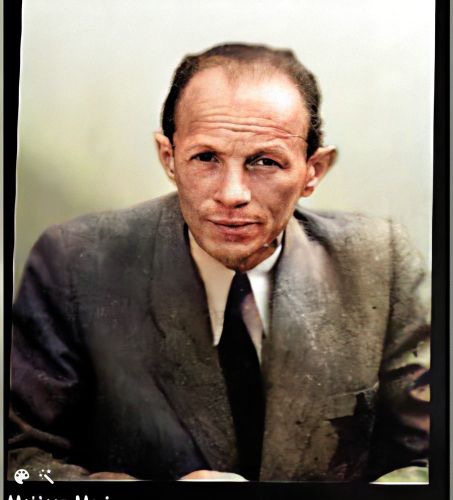 The roll-call of heroes that the film presents is copious, but these are outnumbered by a grim array of villains from all sides, figures such as the controversial Moshe Merin.Public domain

In an act of desperation, he sent two letters to a prior acquaintance, Alfred Szwarcbaum, a Będzin refugee in Lausanne, Switzerland, who worked closely with the Ładoś Group to obtain Latin American passports for Jews in the Będzin Ghetto.

“It must be noted and recognized that the ŁadośGroup did not act alone,” says Cymbler. “They worked closely with their fellow Polish-Jewish partners, Abraham Silberschein and Chaim Eiss. This partnership of Polish Christians and Polish Jews should be an inspiration for all.”

The roll-call of heroes that the film presents is copious, but these are outnumbered by a grim array of villains from all sides, figures such as Josef Albert Meisinger, a.k.a. The Butcher of Warsaw, and the controversial Moshe Merin.

Appointed leader of the Będzin Ghetto, Merin’s ambitions to become the leader of the Jews in the General Government were combined with a “feed the lion” strategy whereby he sought to exceed Nazi quotas that demanded Jews for deportation; further, his opposition to the supply of passports is examined closely in the film. 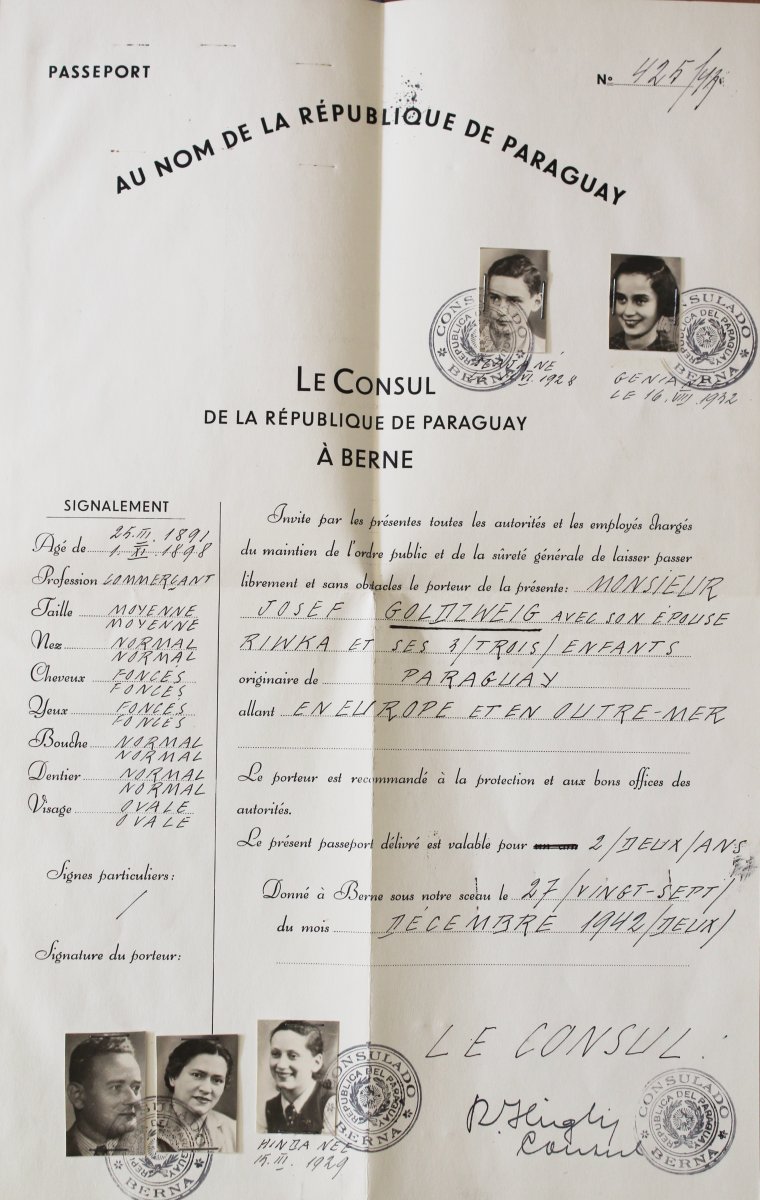 The documents helped a significant number of Jews avoid deportations to the gas chambers.Polmission

The most damning indictment, however, is saved for the Western powers and a rare spotlight is cast on the Bermuda Conference. Conducted in 1943 between the US and Great Britain, the conference sought to clarify the future of liberated Jews but ended only with the two nations agreeing not to compromise their military operations.

As the film draws to a close, such uncomfortable truths reach a crescendo: on meeting Polish courier Jan Karski, Roosevelt sits unmoved and impassive as he listens to accounts of the Holocaust; beyond, questions are raised about the failure to bomb railway lines used in deportations; and even more alarmingly, about British Palestine’s rejection of Jewish refugees after the Germans had already unhesitatingly agreed to a prisoner exchange.

Unmoved, the Ładoś Group continued their efforts to rescue Jews, and not just those of Polish extraction.

An extraordinary and compelling work, this is an intricately woven story, one whose dots gradually join together in one final flourish.

“If you ask about the big ‘take home’ that the film presents,” says Cymbler, “then I’d say that it’s quite astonishing that even after almost eighty years, there’s still so many courageous stories of rescue that we’re only learning about today.”