A wheelchair adapted for the mountains is being ‘road-tested’ to see if it can be used for disabled visitors to the Tatras.

The French-made Joëlette wheelchair, with one wheel, a bucket-like seat and four grip-holds to help move it up the mountain, came to the attention of officials at the Tatra Mountains National Park after an employee launched a crowdfunding campaign to buy one for her disabled sister. 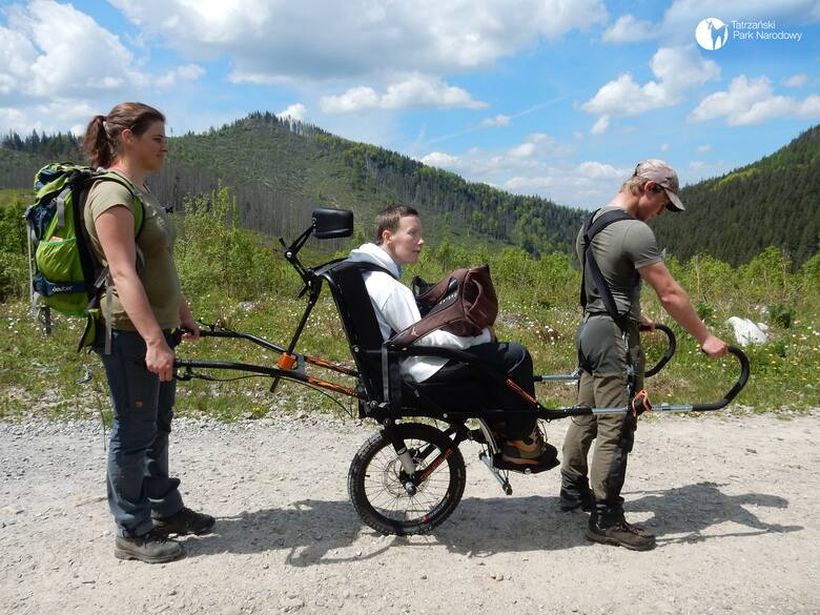 In 2019, friends from the Tatra National Park and Tatra Volunteer Search and Rescue organised a trip for her to the summit of Mnich, a summit she had conquered four times before her disability, and carried her up by stretcher and on the back of a friend, as this was the only way of getting her to the summit.

The Tatra National Park is visited by almost 3 million tourists a year, however most trails are inaccessible to those on a wheelchair, leaving them with only two trails. 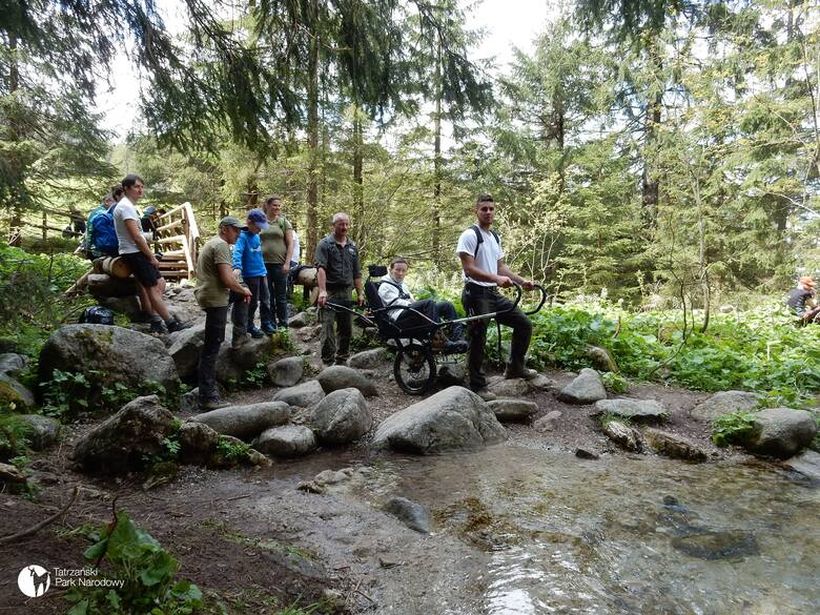 The wheelchair is now being ‘road-tested’ to see if it can be used by other disabled visitors.Maria Król/TPN

In order to make future trips to the mountains easier her sister Maria, an employee of the Tatra National Park, launched a crowdfunding campaign in which she managed to raise 18,000 PLN for the wheelchair.

The prototype of the wheelchair was first invented in France in 1987 by mountain guide Joël Claudel for his paralysed nephew.

In 2021, volunteers from the foundation ‘W Góry serca’ used the wheelchair to help a disabled boy from Kraków to the summit of Kasprowy Wierch. 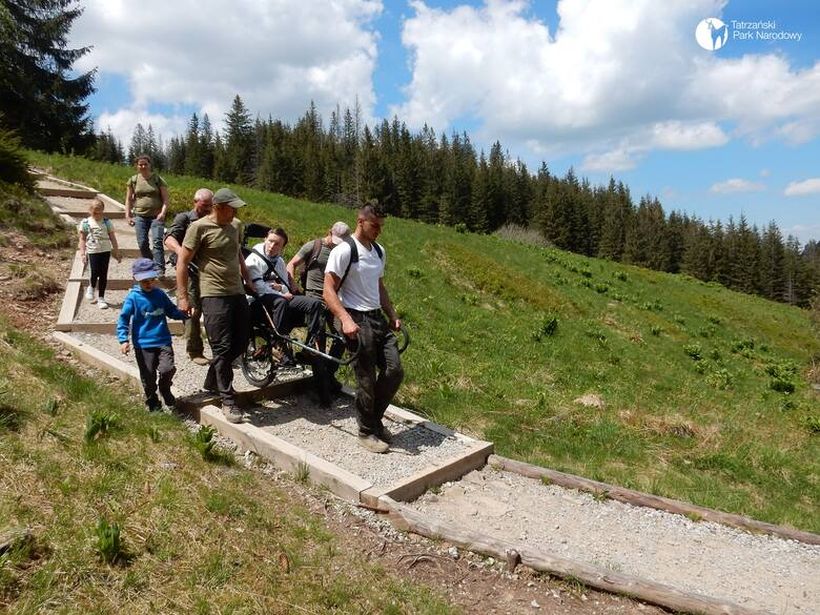 The Tatra National Park is visited by almost 3 million tourists a year, however most trails are inaccessible to those on a wheelchair.Maria Król/TPN

Tatra National Park authorities have now expressed an interest in buying it and making it available to disabled tourists if tests over the next year prove successful.

The wheelchair will now be tested by the Król sisters as well as other disabled mountain enthusiasts.