To mark the day TFN has looked at some of the country’s awe-inspiring places, along with some of its most important landmarks and culturally significant monuments.

This monument now attracts over half a million visitors a year but was previously destroyed by both the Swedish army in 1656 and the German army in 1944. It has been a UNESCO World Heritage Site for 40 years and the recent renovation of the royal gardens at the rear of the building make it a popular summer attraction. 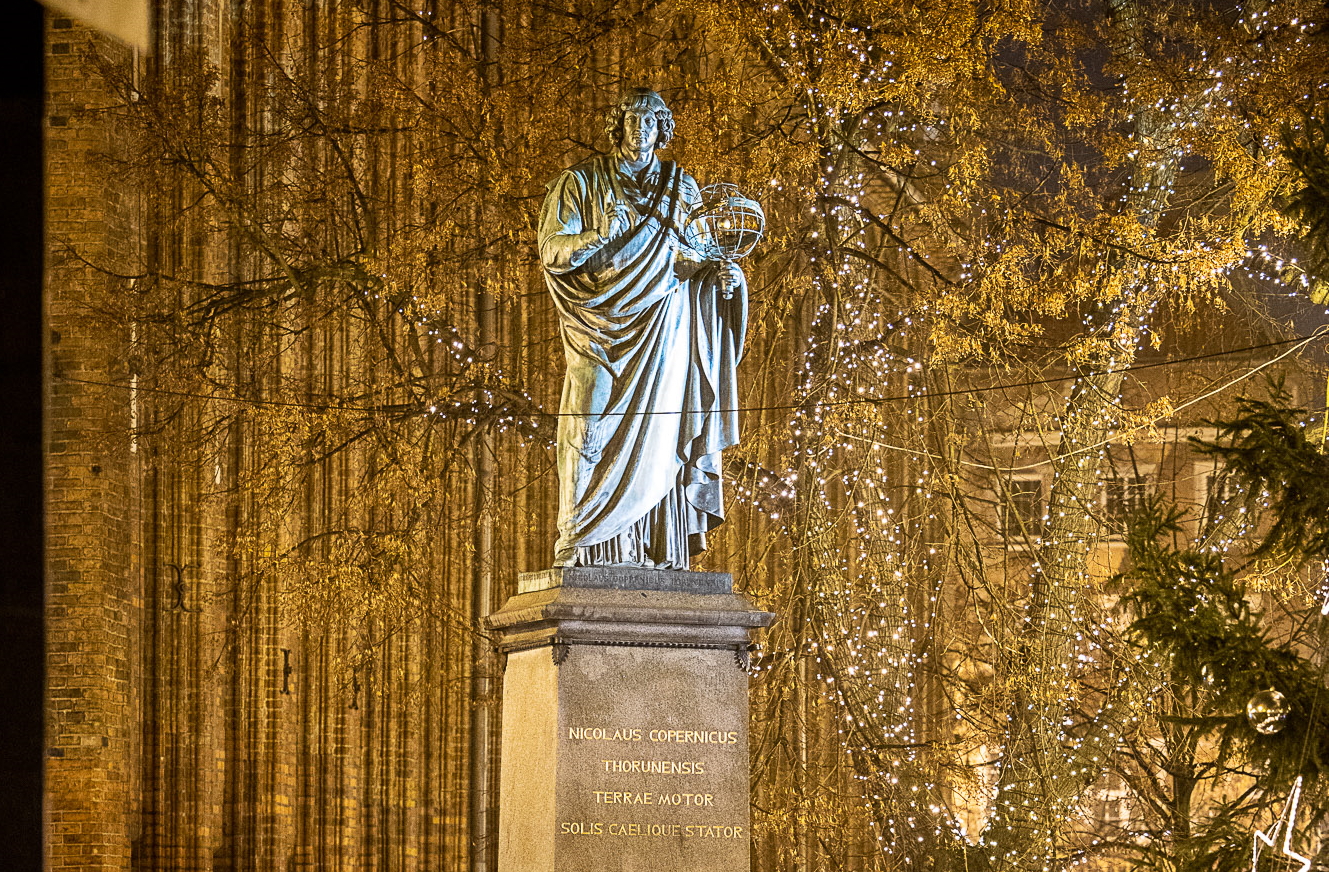 Nicolaus Copernicus Monument, ToruńKalbar/TFN
Copernicus has a number of monuments around Poland but if you want to pay homage to the famous astronomer there is no better place to do it than in his home town. The monument was originally intended to stand at his grave, in Fombork, but as the grave could not be located in was erected in the town. Toruń has lots more to offer to visitors interested in history and is a popular tourist destination. 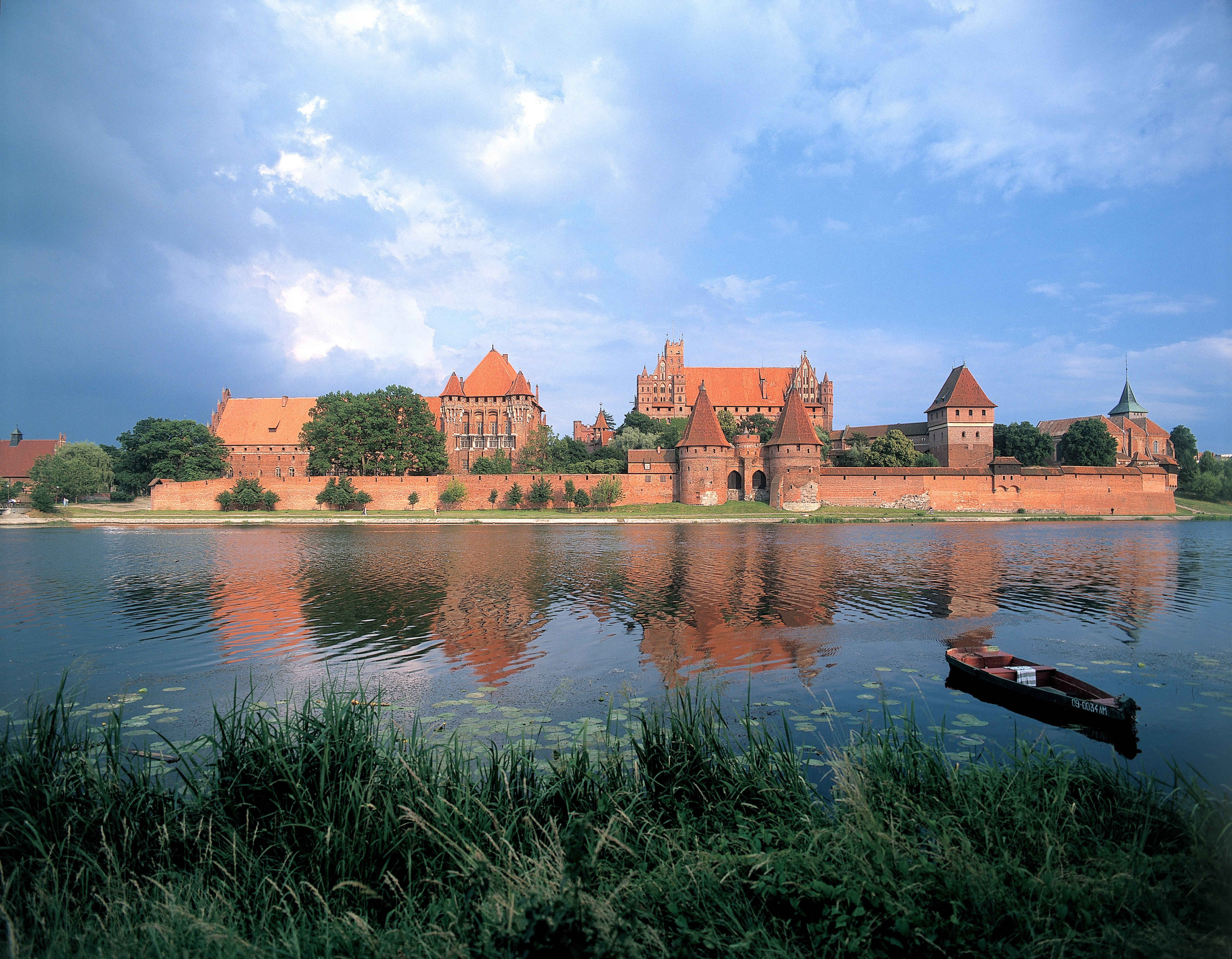 This is officially the largest castle in the world by land area, and another one of Poland’s UNESCO World Heritage Sites. It was constructed by Teutonic Knights in the 13th century, and has served many official functions over the years, including a 300-year stint as an official royal residence. It is located on the River Nogat. 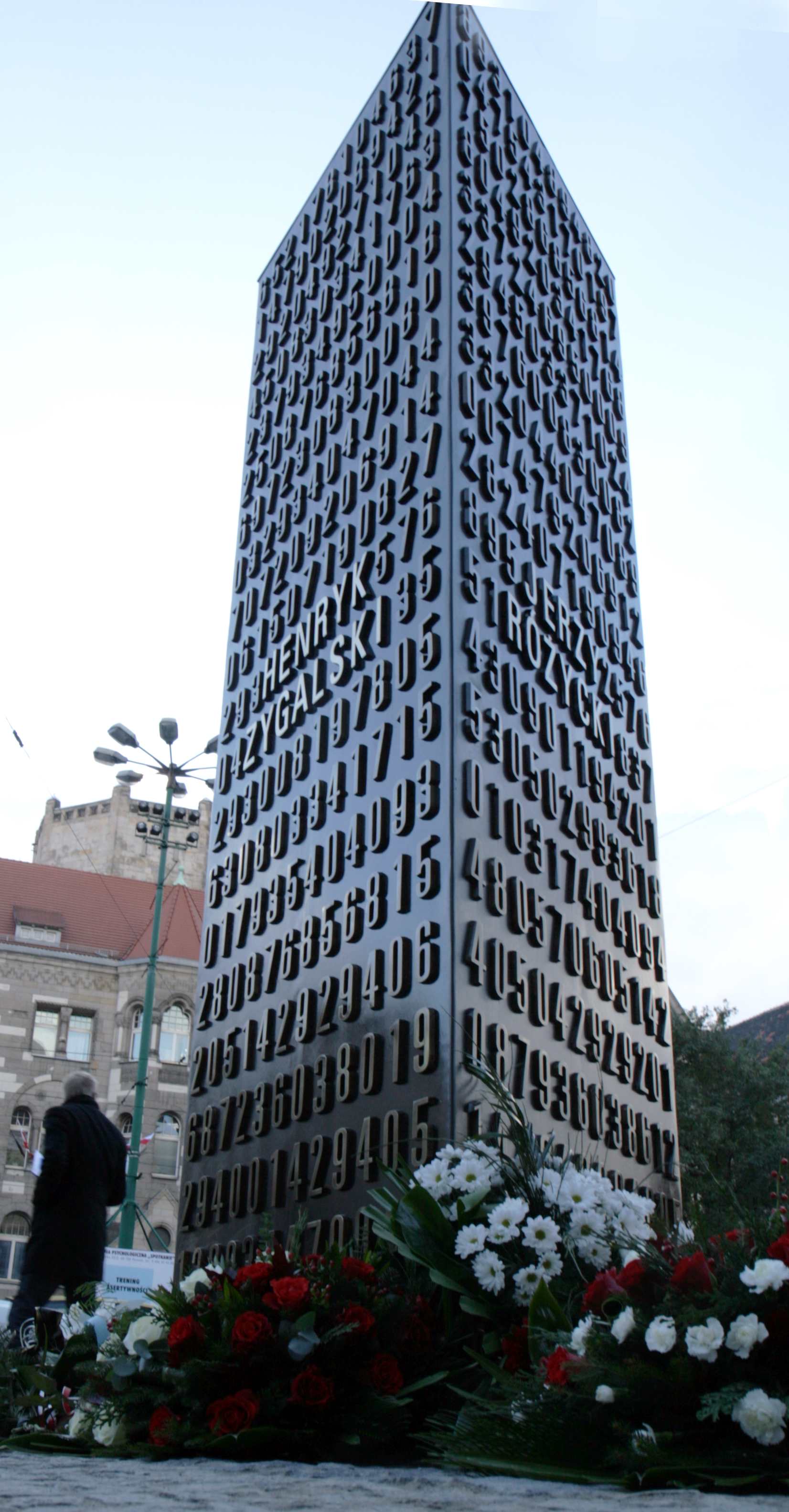 A triangular prism of numbers stands in Poznań, where the three Polish heroes who helped break the German code in World War II attended university. Marian Rejewski, Jerzy Różycki and Henryk Zygalski names stand out on this monument designed by designed by Grażyna and Mariusz Kozakiewicz.

The Castle and Cathedral in Kwidzyn: 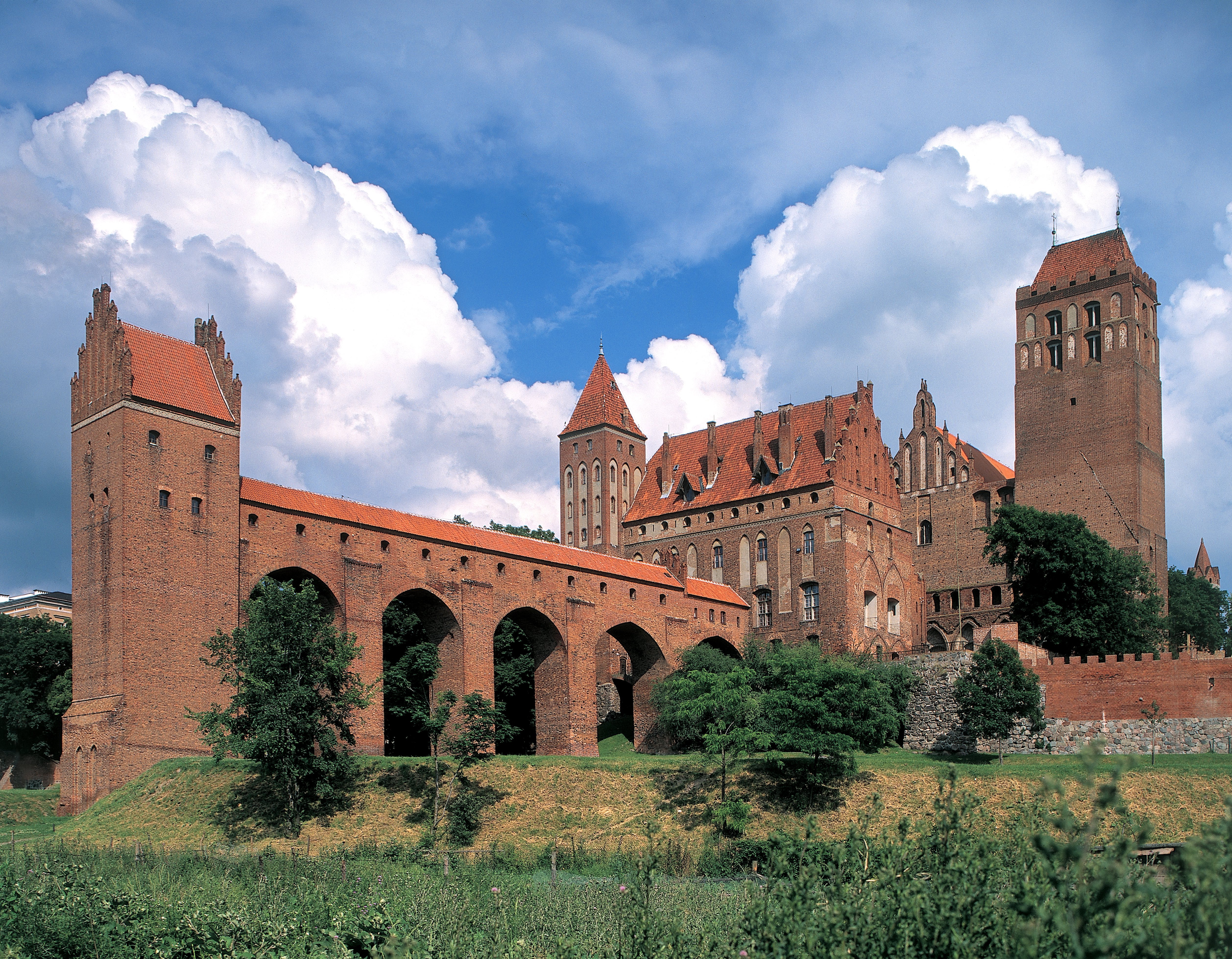 This castle and cathedral complex is easily recognizable by its distinctive arches. It was original built in the 13th century but has been extended and partially demolished numerous times since then. It has served many functions over its illustrious history including a residence for visiting dignitaries, a food warehouse, a court and a prison among them. It was only added to Poland’s list of ‘immovable monuments’ in 2018 and currently operates as a museum. 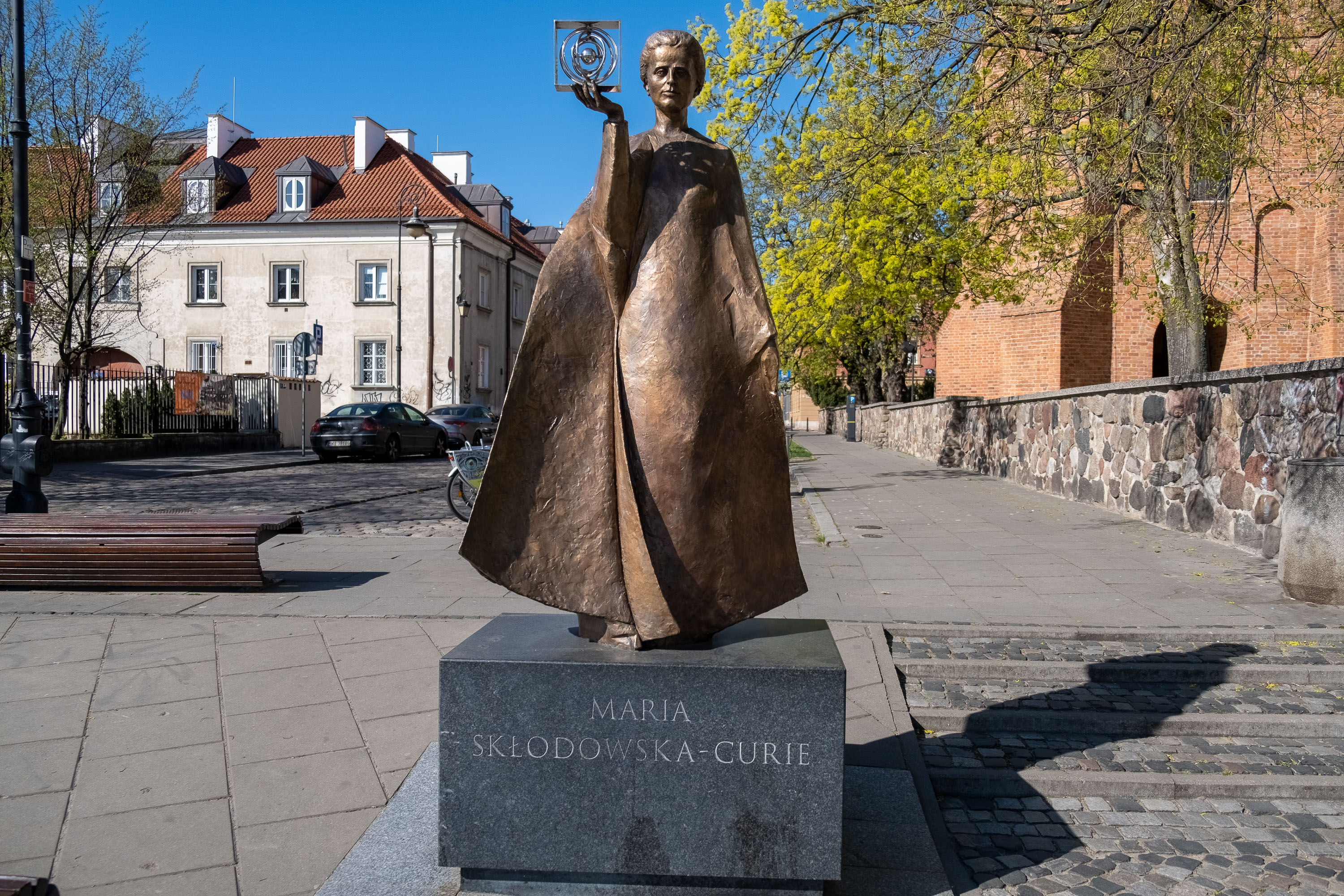 Marie Skłodowska-Curie is one of the most important figures, not only in Polish history, but in world history. There are a number of monuments throughout Poland that recognize the significant role she played but this one in Warsaw, overlooking the River Wisła has a charm that makes it worth visiting. 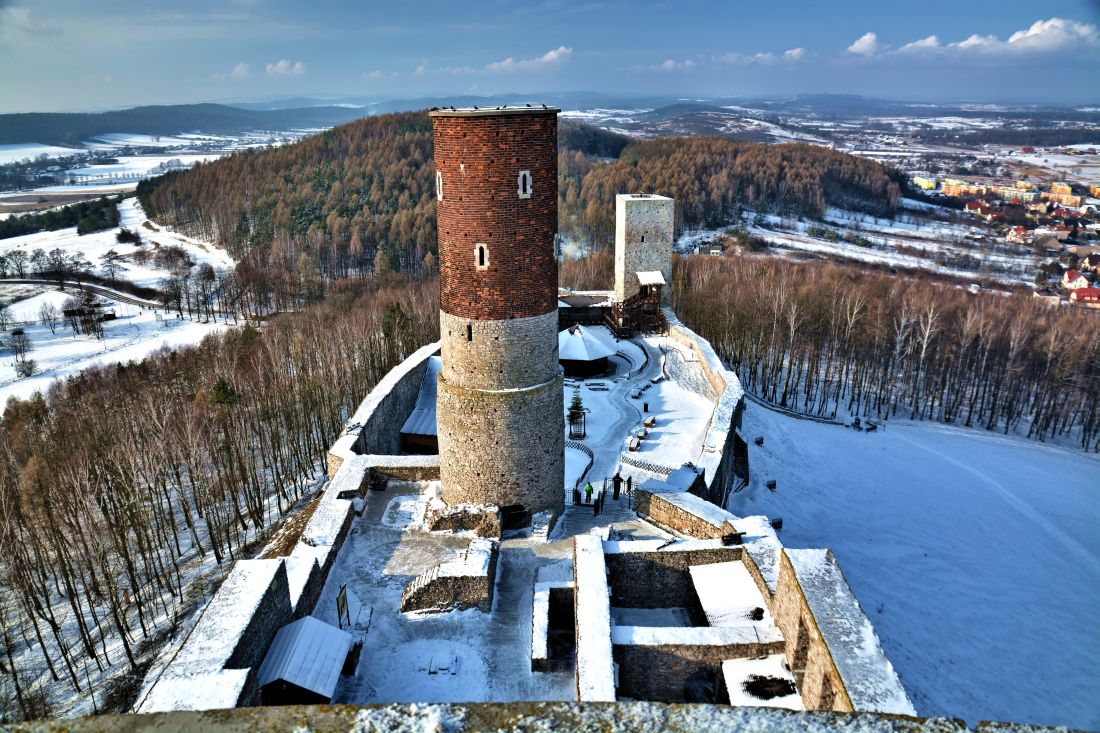 The date this castle complex was built is unclear but it does appear in records from 1306 onwards. Perched atop a hill the castle has a tower that allowed soldiers to observe advancing forces from miles around. Utilising the terrain to its fullest extent the complex looks strangely narrow from above. Over PLN 8 million was spent revitalising the castle between 2013 and 2015. 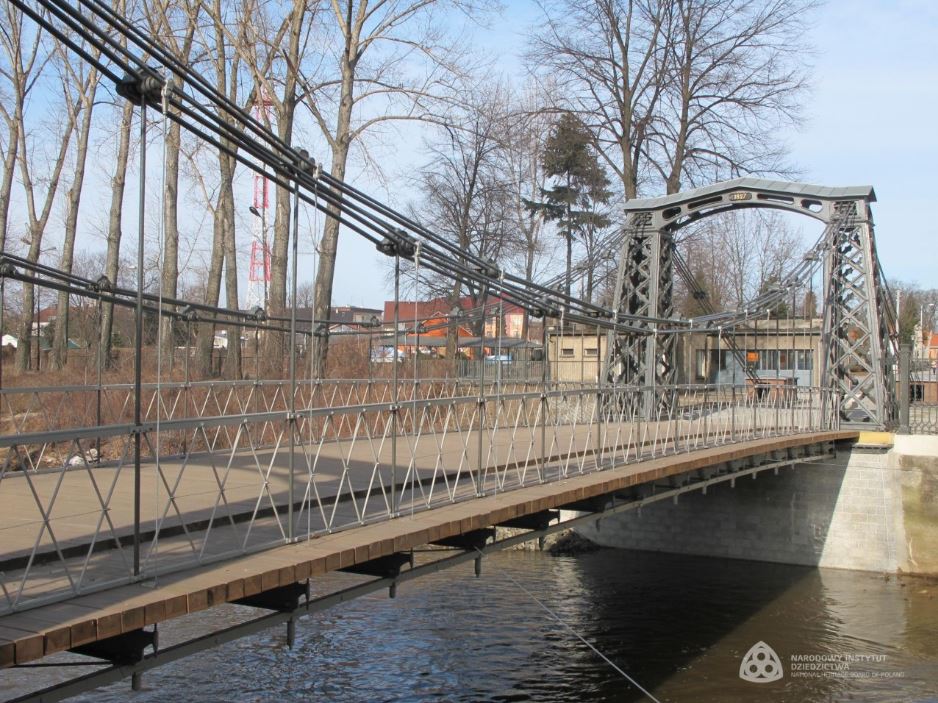 The bridge in Ozimek is the oldest surviving iron suspension bridge in Europe. Built in 1827 to help connect the Mała Panew ironworks to the biggest local settlement at Opole it was transferred into the ownership of the local government in 2009. The distance between the pylons is only 100 feet and the bridge is 6.5 metres wide. The river it crosses is also named Mała Panew. 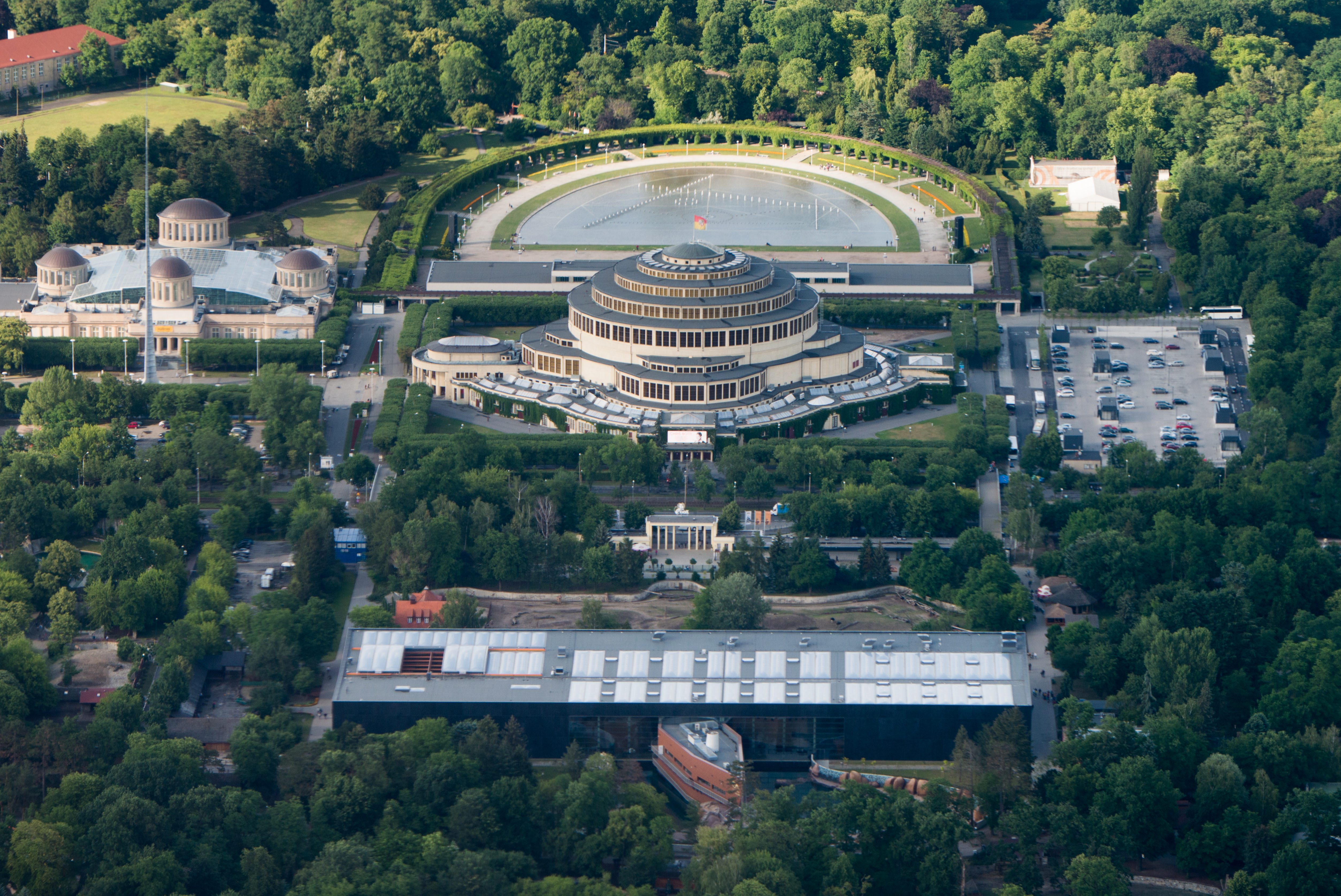 Depending on the day you visit you might find this monument operating as a movie set, sports arena, concert venue or hosting an exhibition, all of which were its intended functions when built by German Max Berg early in the last century. The hall is perfectly placed for tourists in the summer as it is close to the zoo, Japanese gardens and the multimedia fountain. It has been a UNESCO World Heritage site since 2006.

Church of Peace in Swidnica: 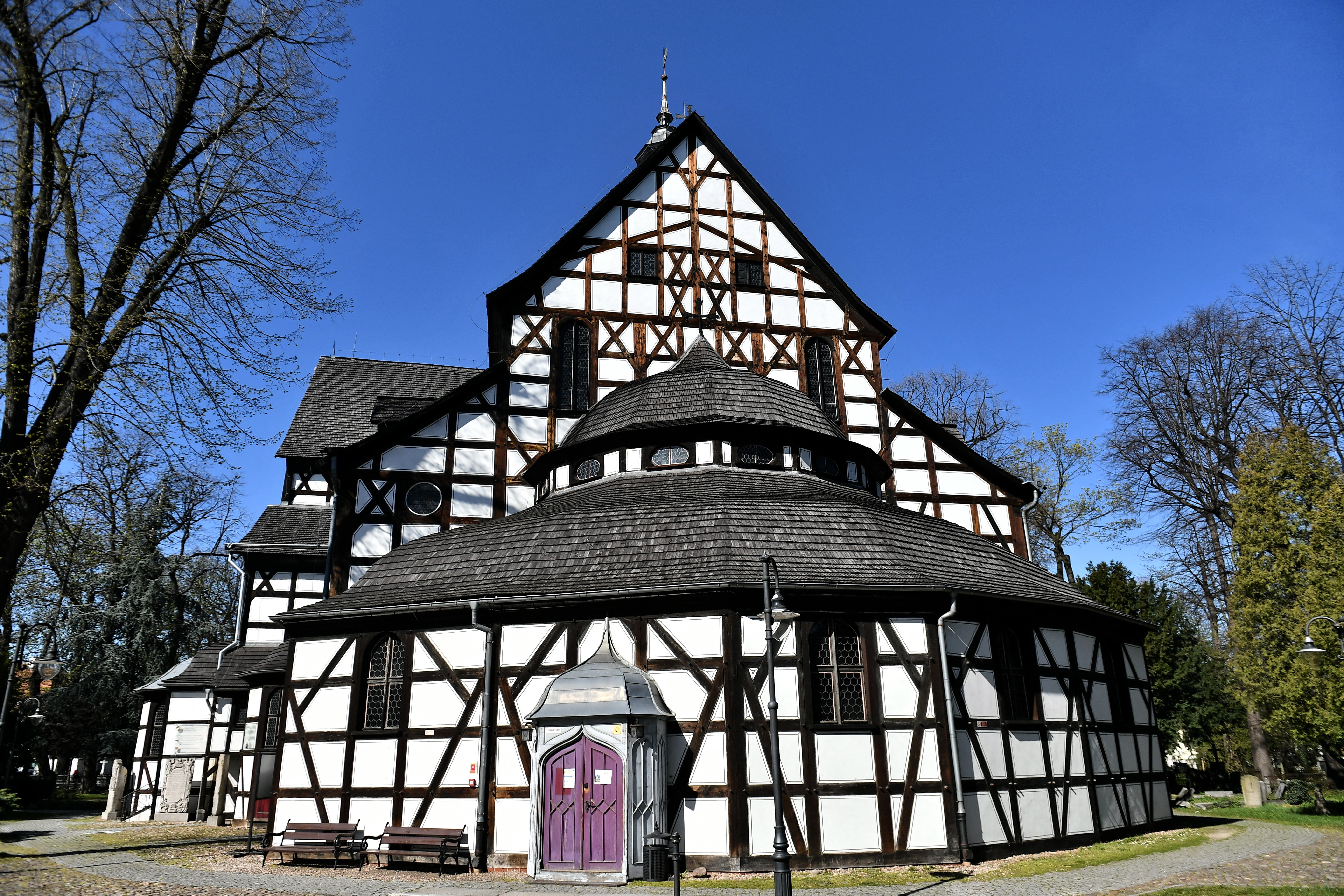 Built as a symbol of peace at the end of religious turmoil and the Thirty Years War, it was one of three, another in Jawor still remains but the third in Głogów burnt down in 1758. The distinctive exterior with white panels and timber frames has remained surprisingly durable over the centuries. The massive church can seat 3,000 and host up to 7,500 guests inside its over 1,000 m² area.

Designed by Jerzy Kędziora to commemorate Poland’s accession to the European Union, the sculpture of a tightrope walker, seemingly floating above the River Brda is actually balancing on a rope. The fact that he remains steadfast in all weather conditions is even more amazing. Eagle eyed observes will notice the swallow that is also part of the statue, which represents the founder of the Pomeranian Philharmonic in Bydgoszcz, whose name Szwalbe sounds like swallow in German.

Basilica of the Visitation of the Blessed Virgin Mary in Sejny: 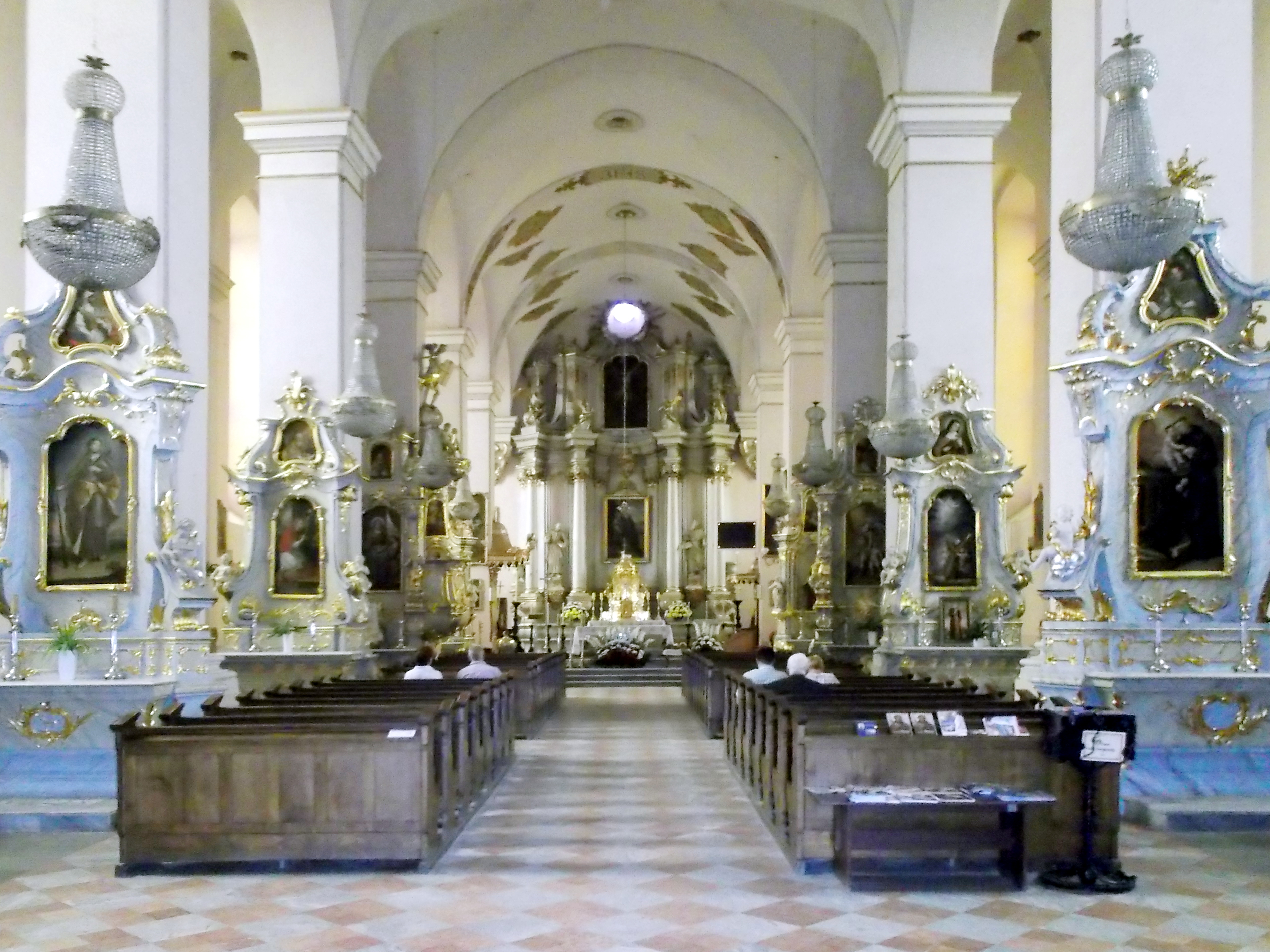 Located on Poland’s border with Lithuania this spectacular church houses a unique statute of the Madonna that attracts pilgrims from all around the world. Built by the Dominican Order in the 17th century the church continues to operate and perform services to this day.

Statue celebrating the Polish victory on the Odra, Gora Czcibora: 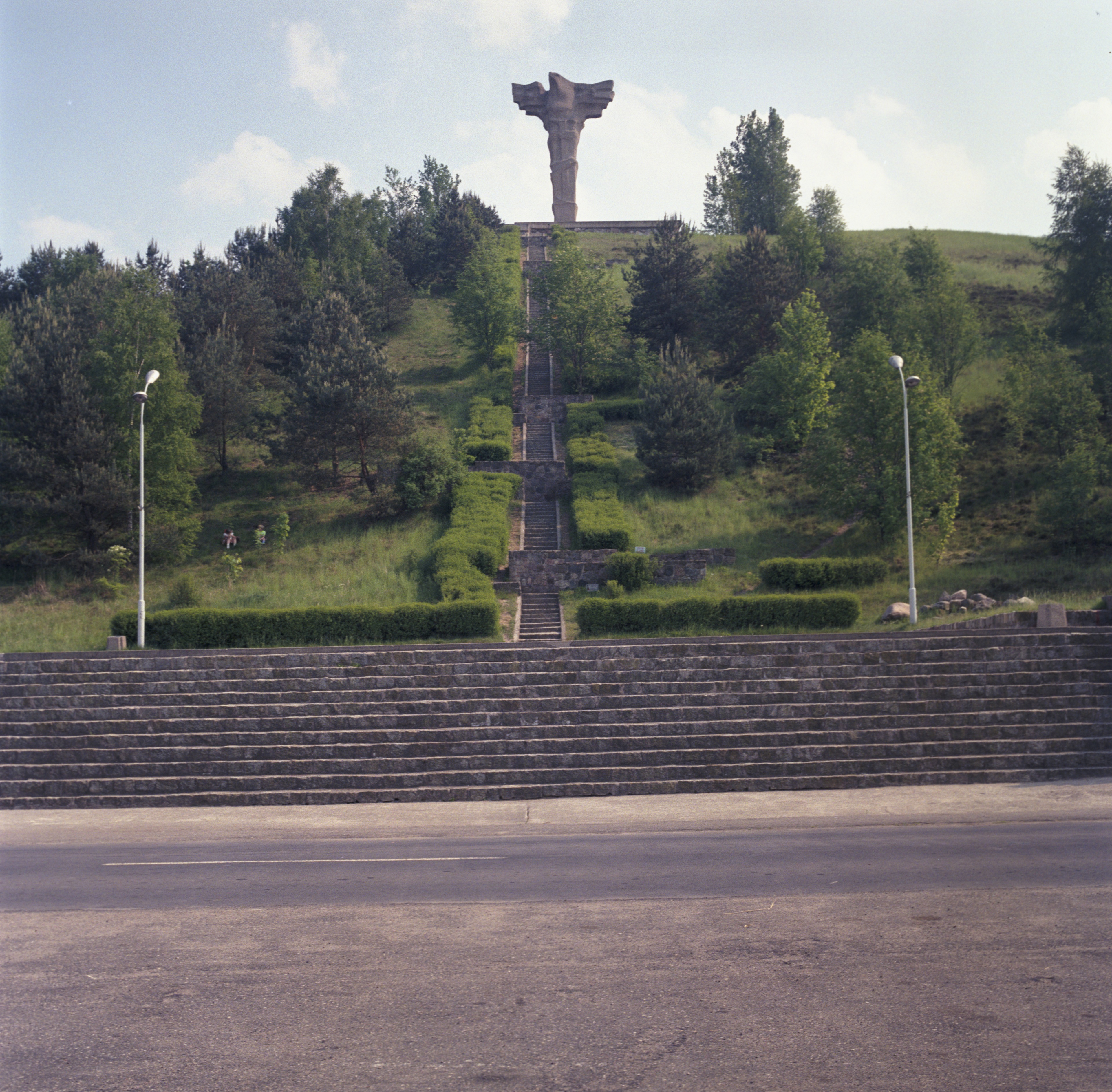 If you want to see this spectacular monument you need to travel close to the German border, atop a hill there sits a bird, soaring into the sky, commemorating the battle of Cedynia in 972. The statue and the beautiful mural at the foot of the stairs leading up the hill were commissioned to celebrate the 1,000th-anniversary of the victory. 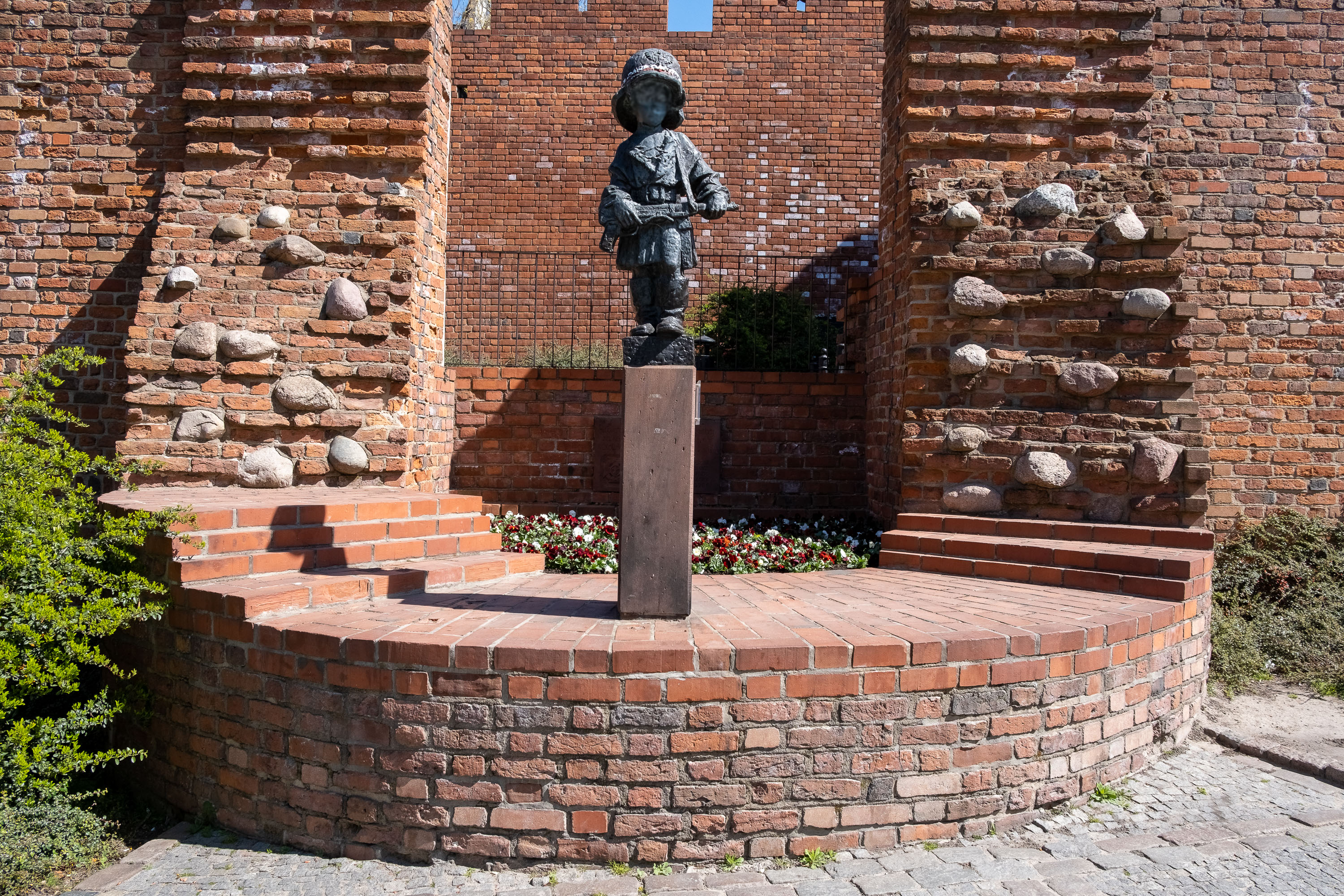 As a symbol of defiance, there are few that are as equally charming but yet haunting. The Child Insurgent represents the children who took up arms against the German army during the Warsaw Uprising. Designed in 1946 by Jerzy Jarnuszkiewicz, the statue in Warsaw was completed in late 1983. The iconic image of a child with an angelic face peeking out from under a helmet, whilst holding a gun, is a stark reminder of the sacrifices others made for our freedoms today.

Poland has room for slower tightening of fiscal policy