A commemorative pillar dedicated to 5,000 Polish refugees who were given refuge after fleeing to India following the outbreak of WWII has been unveiled at a moving ceremony in the village of Valivade on the outskirts of Kolhapur.

In addition to Polish Deputy Foreign Minister Marcin Przydacz and Sambhaji Raje, member of Rajya Sabha (Upper Chamber of Parliament), the ceremony on September 14th saw around 20 people who as children lived in the town. 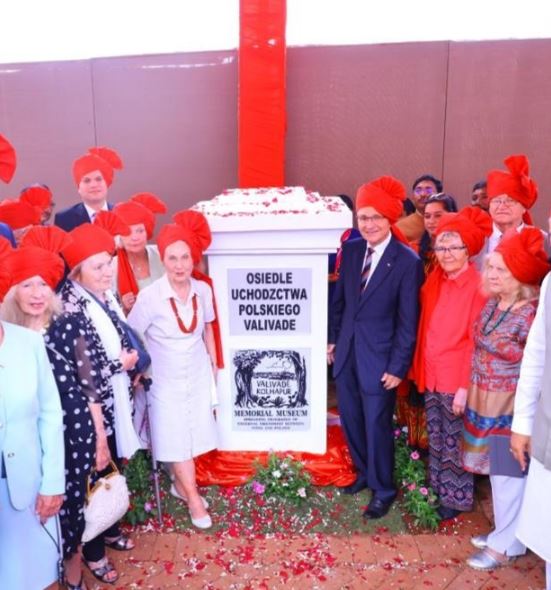 Przydacz with MP Rajya Sabha unveiled a Memorial Pillar for a Museum to be set up in memory of the Poles who found refuge in Valivade during WWII.PlinIndia/Twitter

According to timesnownews.com, Przydacz said during the event: "Poland and India share a long-standing and strong relationship. This year, we commemorate the 80th  anniversary of the outbreak of World War II. Kolhapur has been the temporary home for at least 5,000 Polish who have come to India as refuge about 80 years ago.

"It is a historic day which commemorates the fact that thousands of Polish people lived here."

Between 1942 and 1948, the Polish refuges arrived in Valivade to escape the horrors of war. 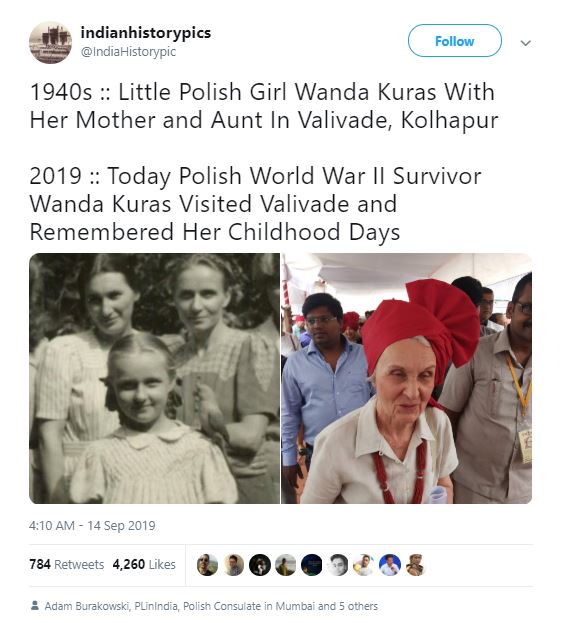 One of those who arrived in the Indian village was Wanda Kuras. She returned to mark the ceremony and to revisit childhood memories.indianhistorypics/Twitter

After the Russian attack on Poland in 1939, they were first deported to the Soviet Union.

From there, following Nazi Germany breaking the Molotov–Ribbentrop Pact, the Polish prisoners were freed from Gulags. Able man joined the ranks of the newly-formed Andres Army. Civilians travelled with them to a point – from the USSR to Iran, and in some cases on to Valivade. 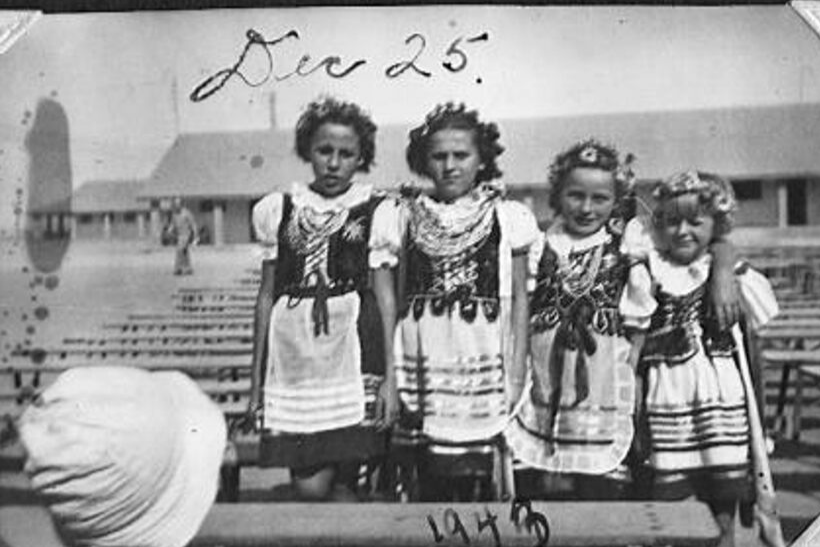 Their new Indian home proved a safe harbour. Polish children played with their Indian friends, attended schools, church and organized scouts teams. There was even a cinema in the camp, which showed Polish movies. In 1948, the refugees were transported back to Poland.

In a conversation with hindu.com, Ludmiła Jakutowicz who came to Valivade in 1943 recalled: “I left in February 1948. My mother brought me a Kolhapuri bangle in Christmas of 1947 and I have never taken it off since then. 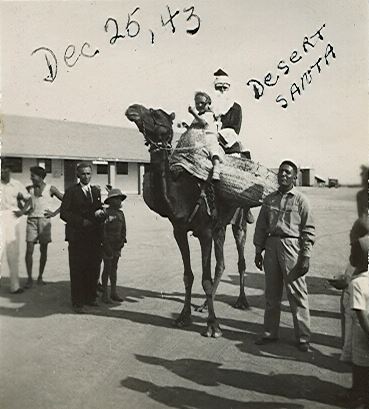 “After 72 years, this bangle is my fond memory of Kolhapur and India and of the ties that bind Poland and India.”

The memories of “Little Poland” are cherished not just by the former refugees, but also by the local population, which fondly remembers their old neighbours 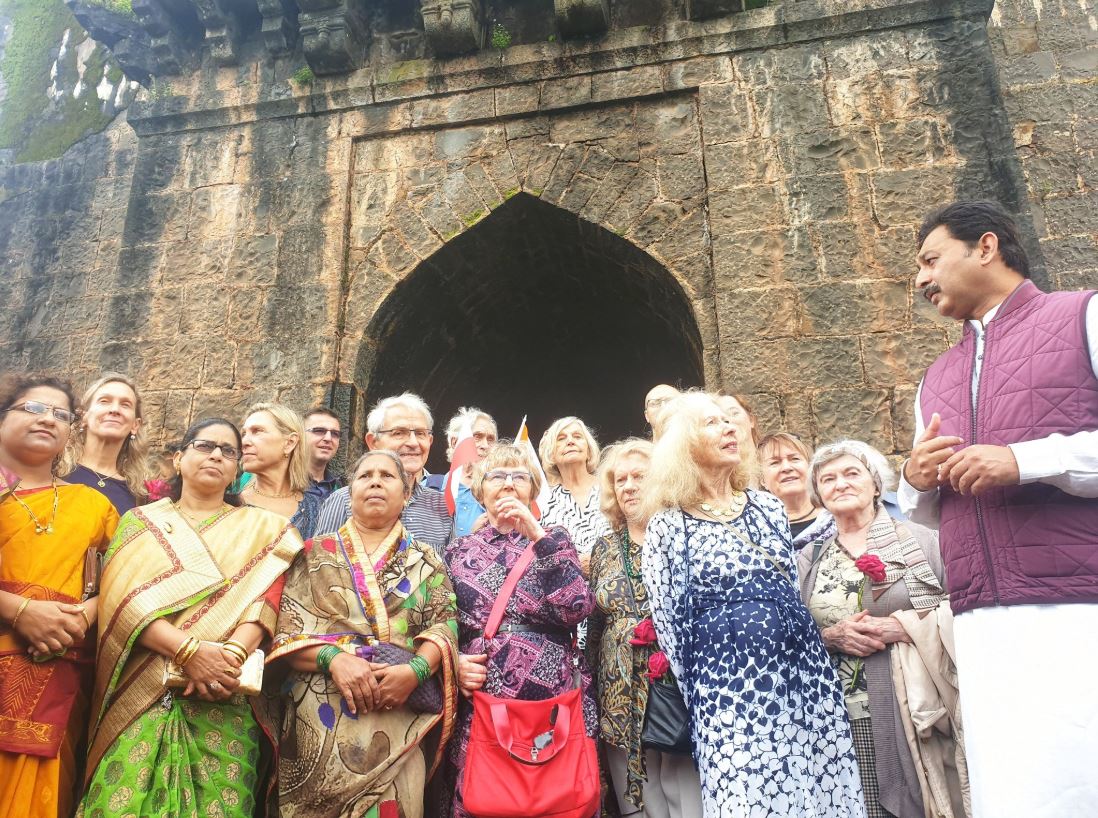 Some of the Poles who lived in the village returned to commemorate the 80th anniversary of the outbreak of WWII and revisit places of importance and to cherish  childhood memories.PLinIndia/Twitter

Sambhaji Raje told the portal  “At a time when the world was torn apart by war, Europe was ravaged and parts of India were in the grip of a terrible famine, the Chhatrapatis of Kolhapur adopted these Polish families on humanitarian grounds. We want to keep this sentiment alive through the memorial and the museum, which will strengthen Indo-Polish ties.”

The monument unveiled on Saturday is just the beginning, as there are already plans in place for a permanent museum, which will be built next year.

It will exhibit photographs, paintings and other objects depicting the lives Poles led in their new, if temporary home.

The initiators hope to keep the memory of this example of international solidarity alive for the next generations.