After a photo of a Catholic monk holding a new-born baby to his chest in the Central African Republic (CAR) went viral, his plea for help for one of the world ‘s poorest countries got an instant response.

Brother Maciej Jabłoński, a Capuchin missionary, who works in Ngaoundaye had asked for medical equipment crucial to saving lives. Paulina Szubińska-Gryz was one of the people who answered his call and organized a fundraiser. TFN spoke to these two extraordinary people to find out what drove them to commit their lives to helping others. 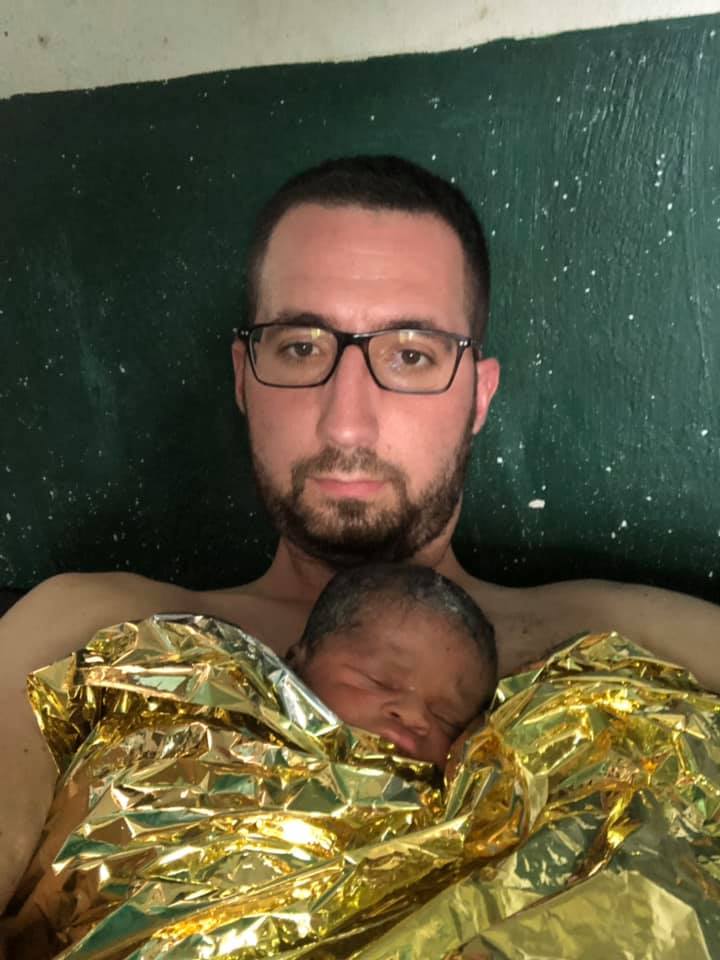 Brother Maciej, who belongs to the Order of Friars Minor Capuchin, found himself in the CAR in 2018. A long way from Wrocław, where he lived before working with young people and even became the WKS Śląsk Wrocław junior football team’s physiotherapist. But then he moved to one of the least developed countries in the world with a population of just 4.6 million despite its large size. It is also a country that has been in a state of civil war since 2012, the most recent violence leaving thousands dead and nearly 1 million displaced.

These conditions didn’t perturb Brother Maciej, as he told TFN: “My motivation in everything I do is my relationship with Jesus Christ. This is my foundation, the aspect of faith. Without it, without the belief that God has called upon me, that he blesses what I do, it wouldn’t make any sense. (…) We, as Friars Minor Capuchins, lead both contemplative and active life. The foundation is a life of prayer, even if you are far away in Africa.” 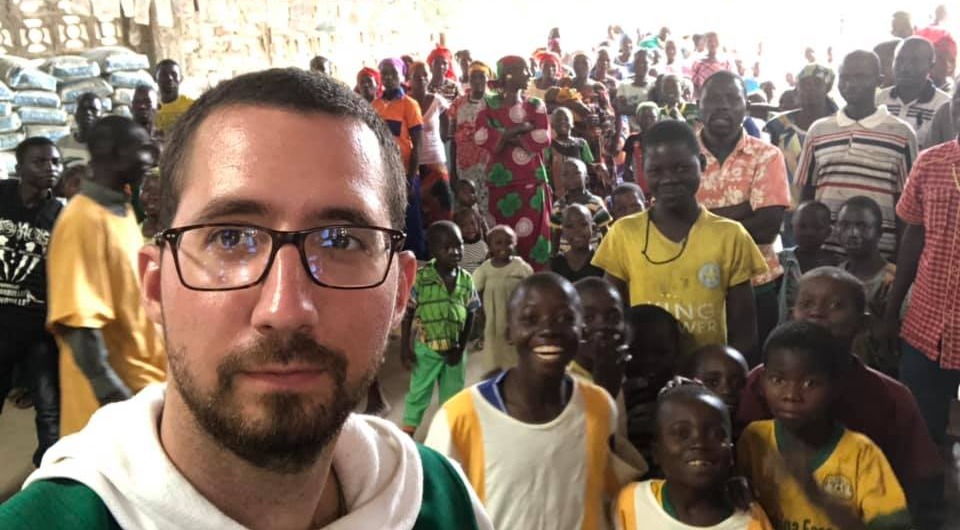 Brother Maciej said: “I don’t work here to be seen as someone extraordinary, I try to do it all as a Christian in the name of Jesus Christ.”BrMaciej Jabłoński/Facebook

Upon arrival he quickly discovered what he was required to do and how varied were the daily tasks of Capuchins in the CAR. From building roads and schools, digging wells, providing education, treating patients to conducting mass, his brothers and their lives are filled with dealing with everyday issues in a country, which at times seems to lack everything.

“This is a country where the closest X-ray machine is 240 kilometres from us, where recently I travelled 700 kilometres with a boy to arrange an orthopaedic operation for him,” said Brother Maciej. “Where in the entire country of four million people there isn’t a single dialysis station.” 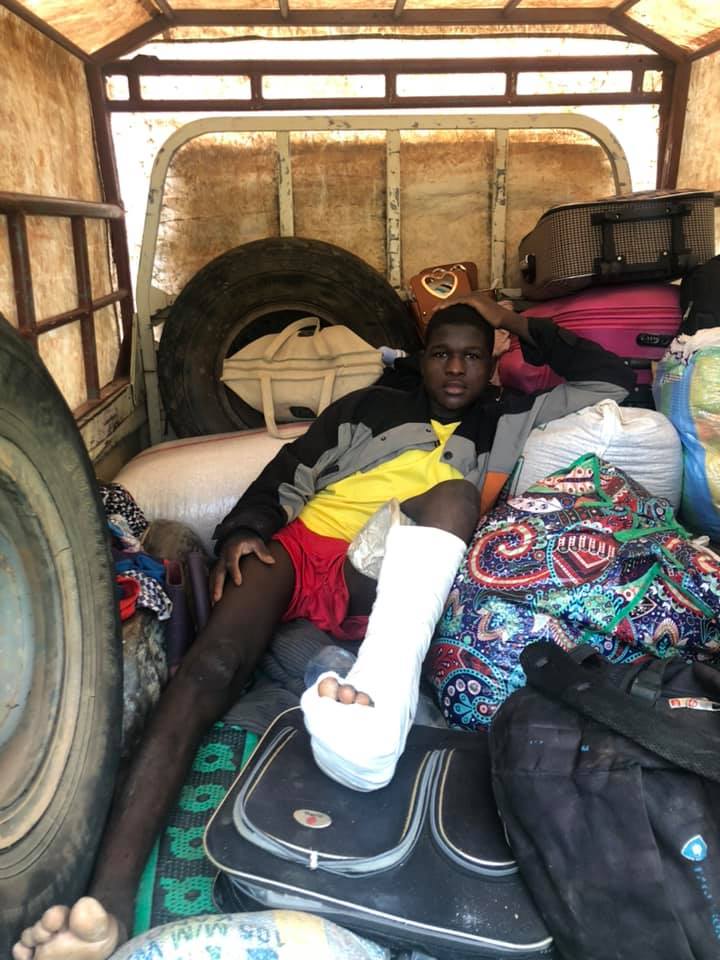 Getting people to hospital can mean an arduous journey.Br. Maciej Jabłoński - Misje/Facebook

No matter the challenges, faith remains at the centre.

“Without the time devoted to prayer, individual and with other brothers at the mission, all we do would turn into social work that anyone can do,” he explained. “When it is done with God in mind, it becomes evangelization. I don’t work here to be seen as someone extraordinary, I try to do it all as a Christian in the name of Jesus Christ.” 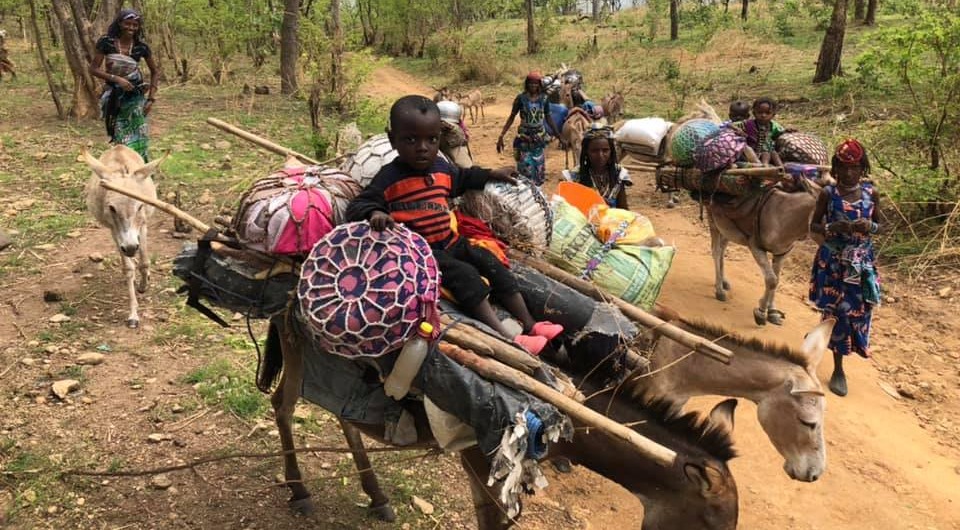 The brothers also focus on creating opportunities for the local community. They fund schools for children whose families would be unable to afford them, and even opened a vocational school. Since last year it provides carpentry training, with masonry recently added to the curriculum and soon hopefully metalwork as well.

“Having a concrete profession creates the prospect of overcoming hardships, being able to earn money with your hands, creating something and becoming someone responsible for yourself,” explains Brother Maciej. The Sisters of the Mother of the Good Shepherd (Pasterzanki) who work alongside them organised a similar school for women, where they can receive a basic education, learn how to sew and are empowered to look for their own sources of income. 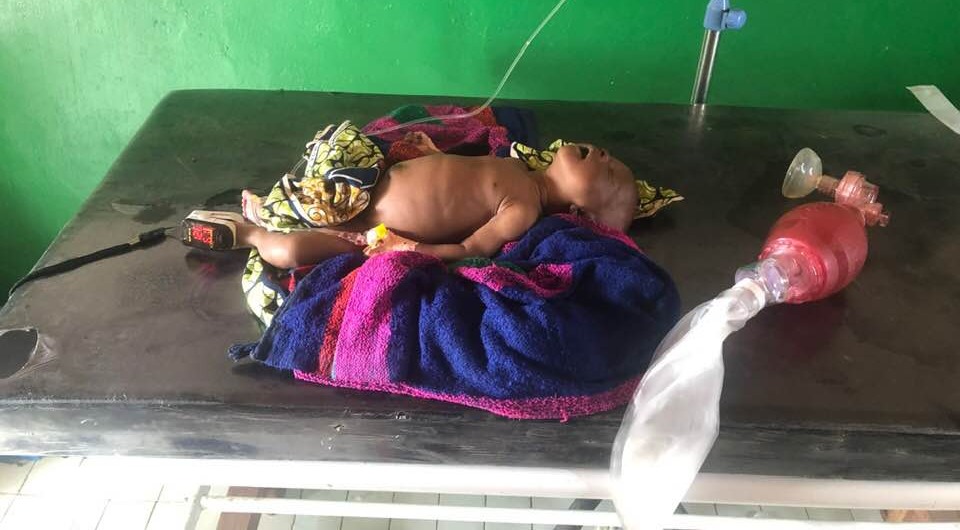 Problems caused by political instability and war have left the CAR in dire need of medical equipment.BrMaciej Jabłoński/Facebook

The brothers’ work seems never-ending, but it was a medical case that brought the attention of the world to their efforts in Ngaoundaye. On July 27, Brother Maciej wrote on Facebook: “Today around 8:00 am I was called to the hospital to help a woman give birth. It turned out that we needed to carry out a c-section.  At around 9:00 a little boy was born. We didn't give him a high chance to survive. (…)

“I baptised him, his name is Merveille de Dieu Mathias, or the Miracle of God Maciej. God's miracle - because it is a miracle that he lives. Maciej is obviously after me. The keeping warm process didn’t go well, but then I came up with the idea of using my body as an incubator. So, it was ‘toddler on the stomach, wrap in foil and let’s get warm’. It worked, and he survived.” 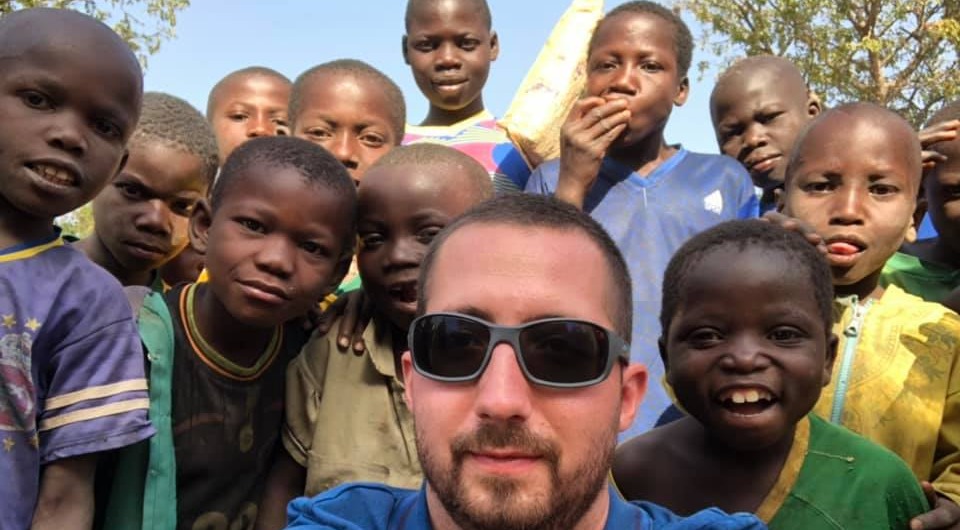 The monk says he has learnt much from the people he lives with.BrMaciej Jabłoński/Facebook

Brother Maciej used the occasion to list all the life-saving equipment their hospital needed. The list included an incubator, defibrillator with monitor, an ultrasound, an X-ray and oxygen concentrators. An ambitious goal, considering the cost of such equipment, but thanks to Paulina Szubińska-Gryz, only the X-ray is still missing.

“It was an absolute impulse, I learnt about this situation from Facebook,” she told TFN. “I was so moved by Brother Maciej’s photo and its description, it was so authentic and had so much truth in it. I instantly knew something had to be done. I had to help.” 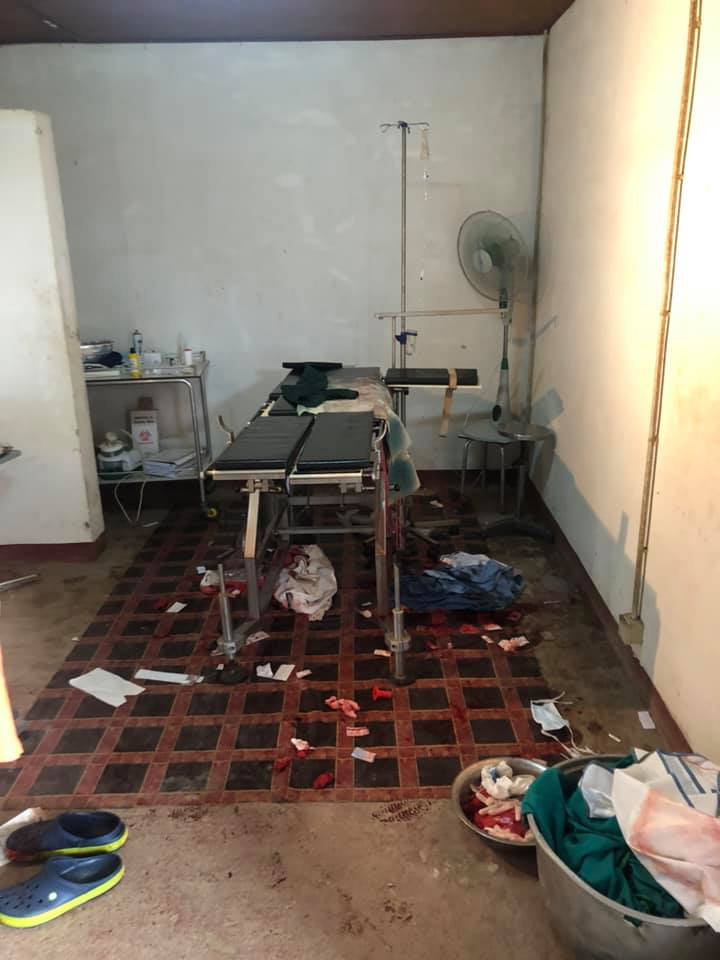 The country that has been in a state of civil war since 2012, leaving thousands dead and nearly 1 million displaced. Br. Maciej Jabłoński - Misje/Facebook

Szubińska-Gryz, a graduate of law and economy who is currently focusing on raising her child, calls herself a project-oriented person. Sensitive to the needs of others, she’s been helping children suffering from and cancer and successfully lobbying for those with neuroblastoma for several years. She first started looking for funds among her family, but quickly realized many more wanted to help.

The Mińsk Mazowiecki-based activist contacted her friend who runs the Piece of Heaven Foundation (Fundacja Kawałek Nieba) Alicja Szydłowska-Budzich, to organise a proper fundraising campaign. In just a few days they had enough to order most of the equipment with French-language controls so that the CAR doctors could use them too. In October, they will be shipped to Ngaoundaye. 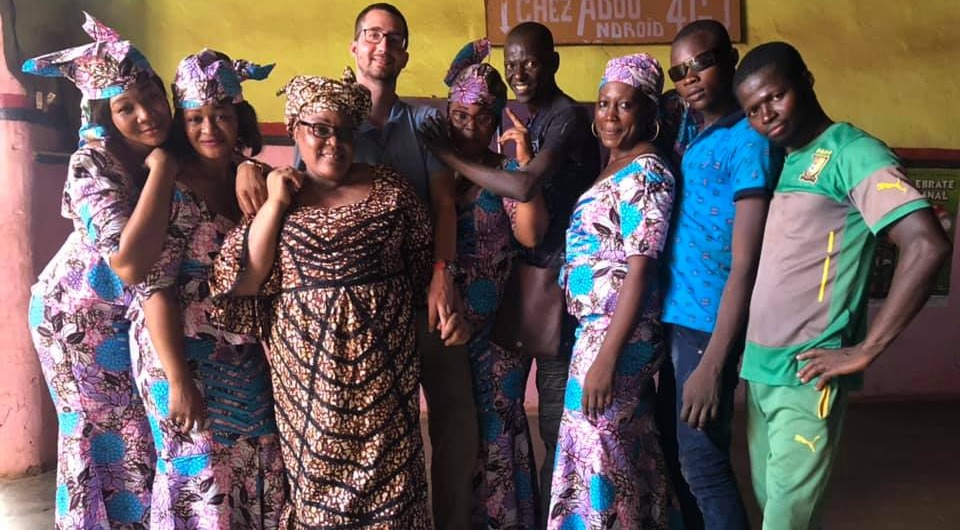 “There is an intimacy among the families here,” he says.BrMaciej Jabłoński/Facebook

Perhaps the most striking donation came from Monika Kozłowska, the mother of a child suffering from neuroblastoma. Since they already had the funds secured for the current treatment, they decided to donate PLN 32,000. “I simply told Monika we needed funds for a hemolytic analyzer and autoclave, so is there a chance she could share the money that was collected for her son. She answered ‘absolutely yes’,” recalled Szubińska-Gryz.

To Brother Maciej it’s not just the support from outside the CAR that helps him. His new home and the people he has met surprised him and taught him some valuable lessons. From appreciating the little things in life to slowing down since so many things don’t depend on our actions. But the most important one was putting people, family and relationships first. 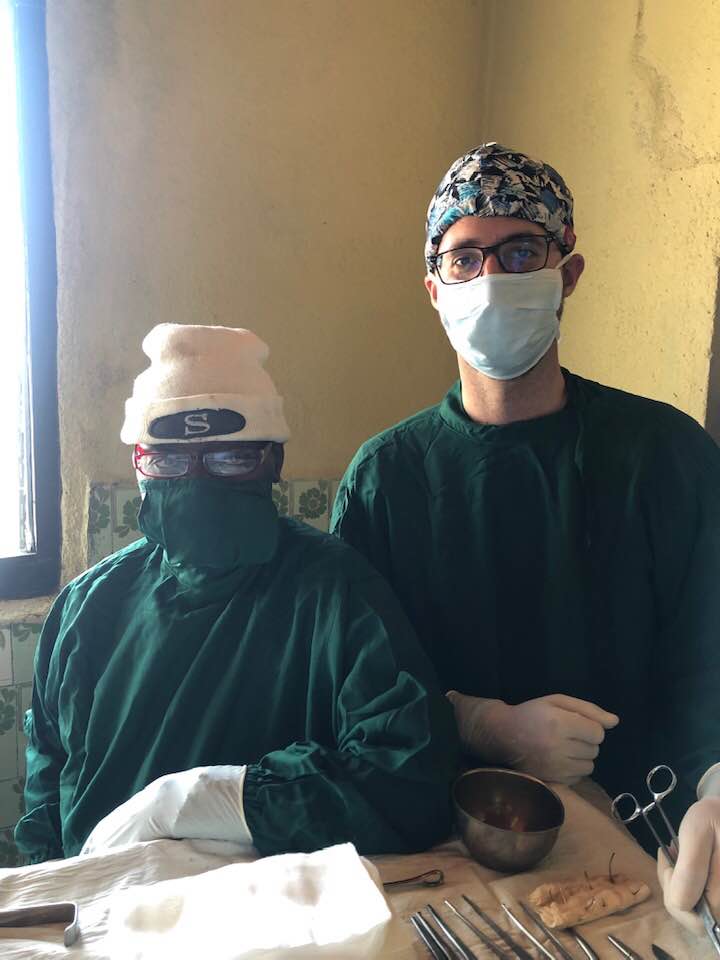 “There is intimacy among the families here,” he said. “They are close to each other when someone is born and when someone dies. It exasperates me sometimes, when the whole family comes to the hospital, distant cousins, neighbours, everyone. This big African family. They just sit there and wait for what will happen. (…) What matters here is the person; that he’s going through hardship right now, so they come to be with him, accompany him and support him as much as they can.” 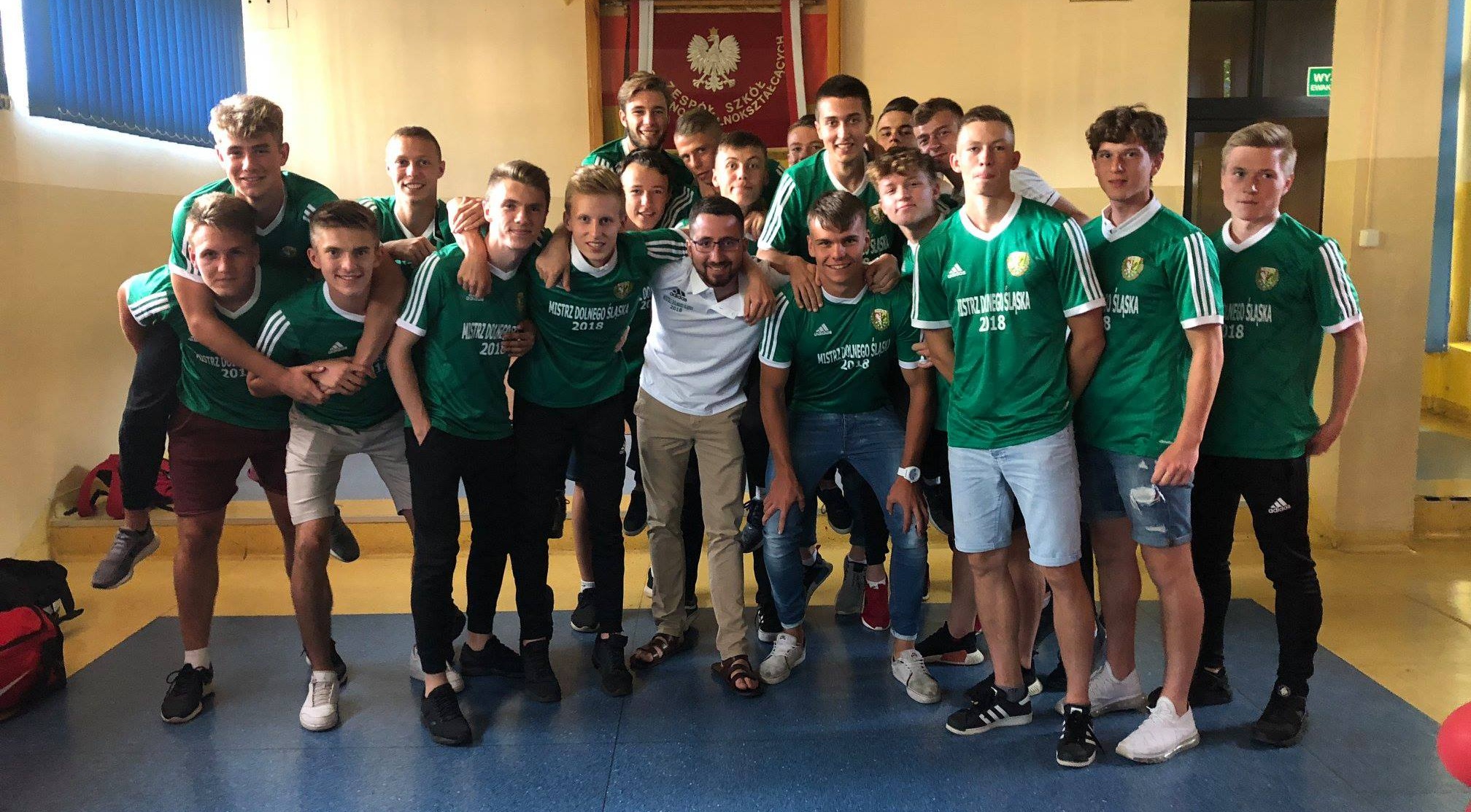 Before leaving for Africa Maciej worked at a football club in Poland.BrMaciej Jabłoński/Facebook

With all the support and aid they’ve received, there is one thing Brother Maciej hopes for: “I think what this country needs the most is peace. Everyday peace and stability. The people shouldn’t be afraid that another rebellion will break out and everything will be lost again, everything that they managed to work for in the last two-three years since the last rebellion.” 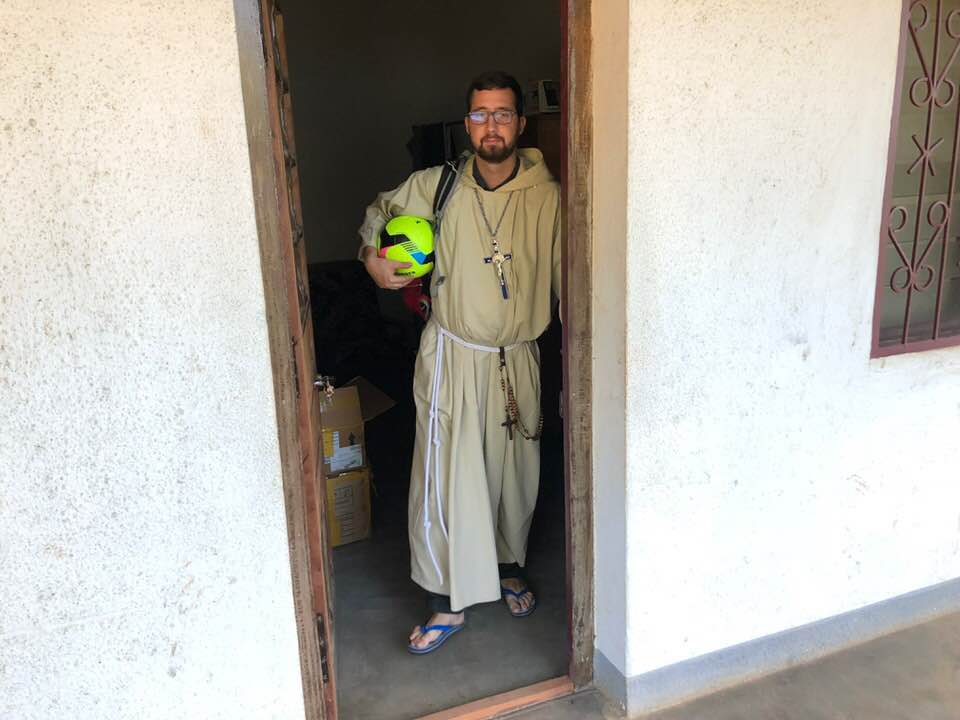 Here is the link to Brother Maciej's fundraising campaign:
https://www.kawalek-nieba.pl/ratunek-dla-afryki/?lang=en