The heads of business giants Microsoft, Coca-Cola, Citi Bank, MasterCard, Deloitte and BGŻ BNP Paribas in Poland have banded together in a new movement to close the gender gap.

Six general directors of the multinationals’ Polish branches gathered in October to sign the Champion of Change declaration to promote gender equality in the workplace.

Personally held accountable for their efforts, each leader will focus on initiating plans to help change traditional attitudes in business.

“For too long women had to solicit themselves for their place in the business world and the position of female leaders,” Champion of Change club member and general manager of Microsoft Poland, Mark Loughran, told TFN. “I am glad that it is changing. I have happily joined the Champions of Change initiative to promote diversity, especially since talent has no gender.”

As part of the declaration the leaders stated they will take a multi-pronged approach to socially and economically help narrow the gap. 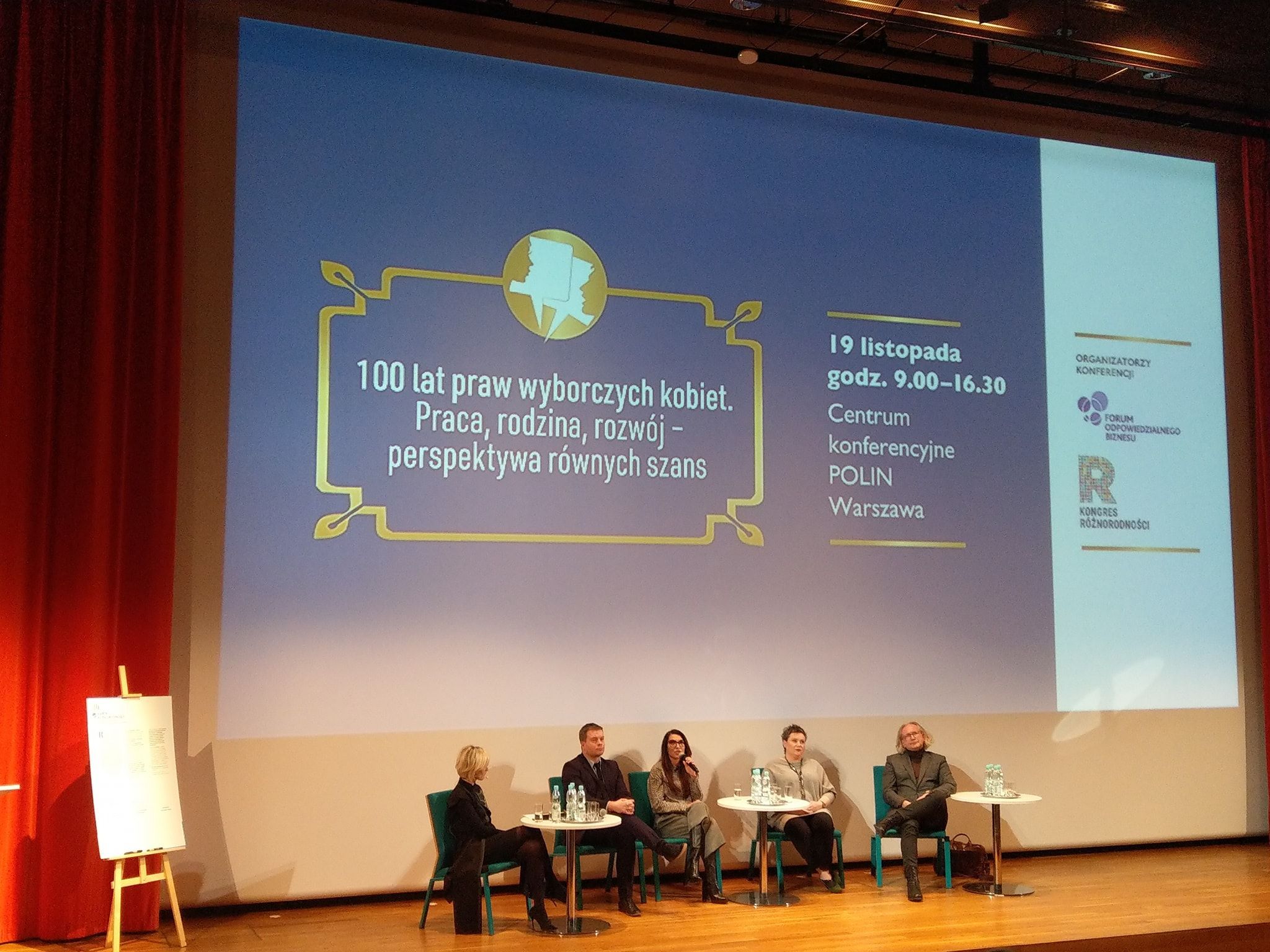 The club was first founded in Australia, and the idea was initiated by Olga Kozierowska, leader of the women’s group Success Written in Lipstick.Sukces Pisany Szminką / Facebook

While the Champion of Change movement is potentially the biggest top-down initiative for gender equality in Poland, many bottom-up movements dedicated to shrinking the gap have washed through the country in the past decade.

In 2015 Eurostat reported that between 2007-2013 Poland slashed its pay gap by over 50 percent, the biggest percentage decline among EU countries.

“The reduction of the pay gap can be traced to the entry of a generation of educated and conscious women,” Katarzyna Wierzbowska, president of the Women’s Entrepreneur Foundation, told TFN. 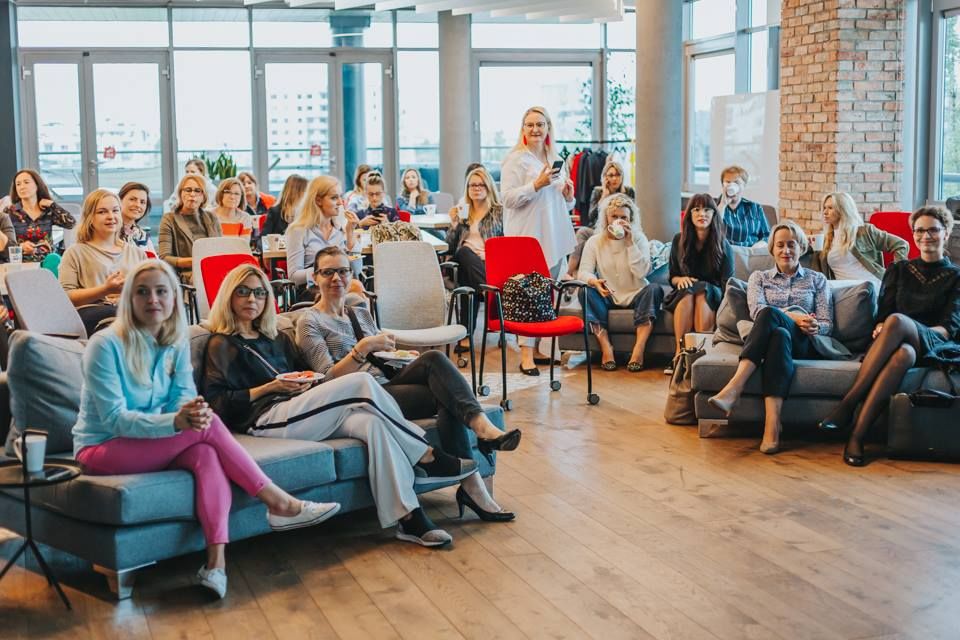 Groups like IT for She, Success Written in Lipstick and the Women’s Entrepreneur Network hold workshops to help close the gender gap in Poland.Sieć Przedsiębiorczych Kobiet/ Facebook

Designed to empower women as they journey through the labour market, the foundation runs a network in which women “meet, teach, inspire and support each other so they can gain higher self-esteem, knowing that they do not act in isolation.”

As women have climbed up the business ladder they have been supported by a network of female-led initiatives such as #IamRemarkable run by Google.

“Our global workshop, #IamRemarkable, is run to empower under-represented groups. In Poland, I lead it for women,” Wiktoria Wawrysiuk, Google’s leader of Women and #IamRemarkable workshop facilitator, told TFN.

“Groups are kept small and intimate, and together we run activities where people come up and explain why they are remarkable,” she continued. “It sounds pretty simple but it produces a big effect. A lot of tears and emotions flow from discovering that you are really remarkable and believing in yourself.” 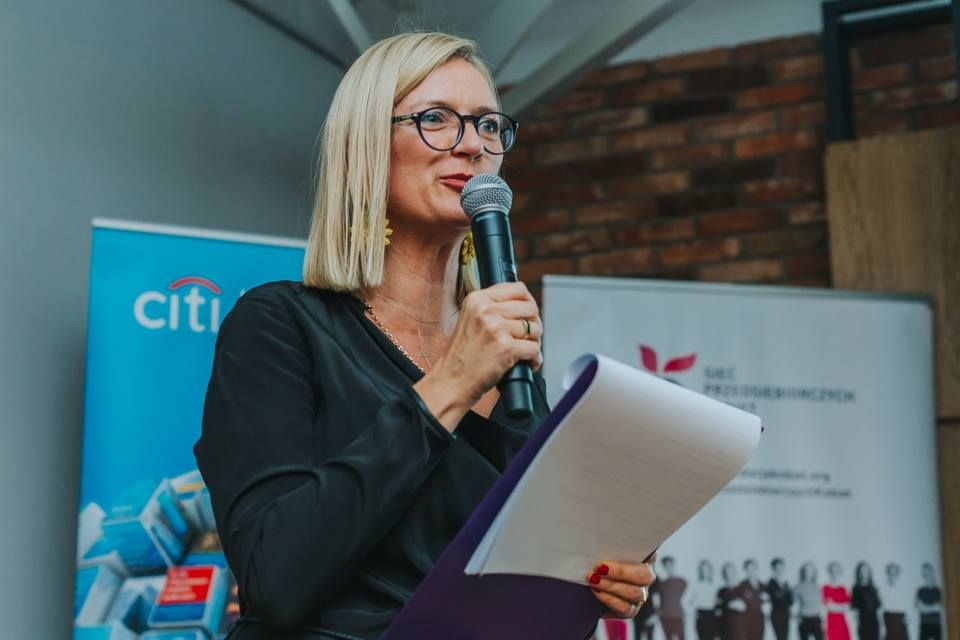 [Pictured] Katarzyna Wierzbowska told TFN, “It helps them in an active presence on the labour market. They plan professional development paths, create their own companies and get to know each other.”Sieć Przedsiębiorczych Kobiet/ Facebook

Originally a Google idea, Wawrysiuk explained she didn’t want to keep it internal. “That's why I ran the workshop with other companies to produce a snowball effect.

“I want to get Polish men and women inspired to initiate such ideas in their own offices."

Ranked in 2016 as the fifth lowest in Europe by Eurostat, the Polish gross hourly wage gap is just 7 percent, scoring better than other countries such as Denmark (15 percent) the UK (21 percent) Germany (21 percent), the Netherlands (15.6 percent), Switzerland (17 percent), France (15.2 percent) and Norway (14.9 percent).

However, while the wage gap is low the amount of women in top leadership positions is poor.

Eurostat estimates the number of women on boards in Poland at 7 percent. That’s below the OECD average of 10 percent, and trails far behind France (18 percent) and Norway (38 percent). 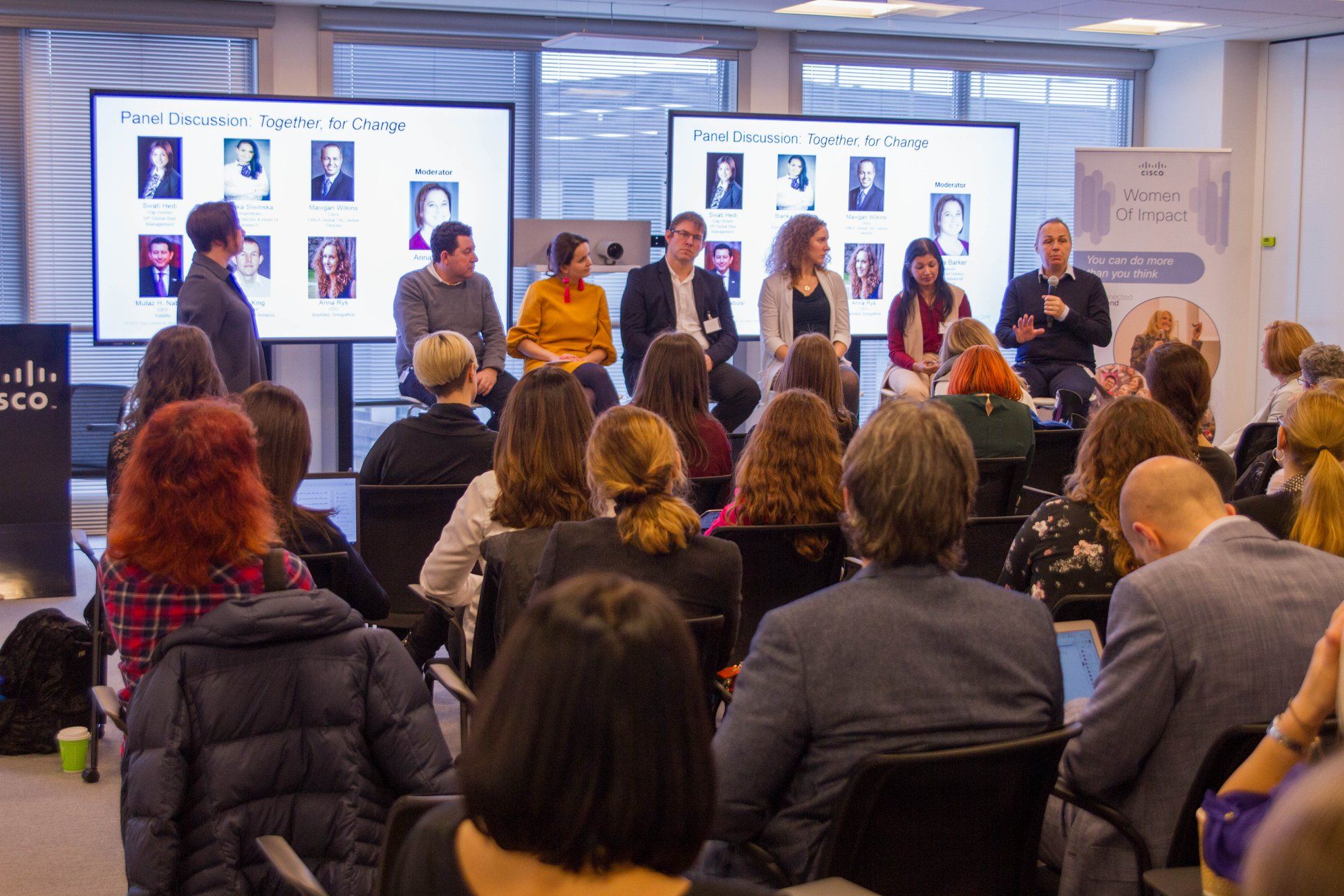 There’s yet a lot more work to do, and will need both men and women working together to narrow the gender pay gap.IT for She/Facebook

“There is so much work to do in my option, for all women of all creeds, for female students, mothers, and more, and it's really important to not exclude men in this conversation,” Wawrysiuk stressed. “It doesn't make sense to change something in the female world without involving men too. For real change men need to understand the female point of view and vice-versa."

Now with a renewed effort coming from business leaders in Poland, the Champions of Change’s policies combined with established communities like the Women’s Entrepreneurial Network may reduce the gender gap further.

“The role of leaders in this area is crucial, regardless of gender,” Loughran told TFN. “We need to be sure that we are building various teams that will provide us with access to diverse talents, both women and men.

“Thanks to transparency, openness to differences and sensitivity to our often unaware prejudices, we can create a truly inclusive work culture,” he added.

The first results of the Champion of Change’s activities are to be presented after a year in October 2019.

Awareness of paying by phone among Poles exceeds global average