Convenience store chain Żabka is celebrating its 20th anniversary this month by unveiling a new concept “store of the future” in cooperation with Microsoft.

The company is currently testing Microsoft-provided artificial intelligence (AI) at 100 of its 5,200 stores in Poland, Żabka said in a press release.

“The store of the future project shows the way up-to-date solutions can make real difference to the comfort of everyday life,” of the customers, Chief Executive Tomasz Suchański said.

The new stores will do away with the need to scan products at the point of payment while “smart shelves” will display product prices, sell-by dates and suggestions what to buy.

Married to a mobile application, they will nudge consumers towards purchases based on the circumstances, for example pushing refrigerated drinks on a hot day.

The app will also send consumers notifications about any Żabka stores in the vicinity and suggest that they may be in need of shopping. 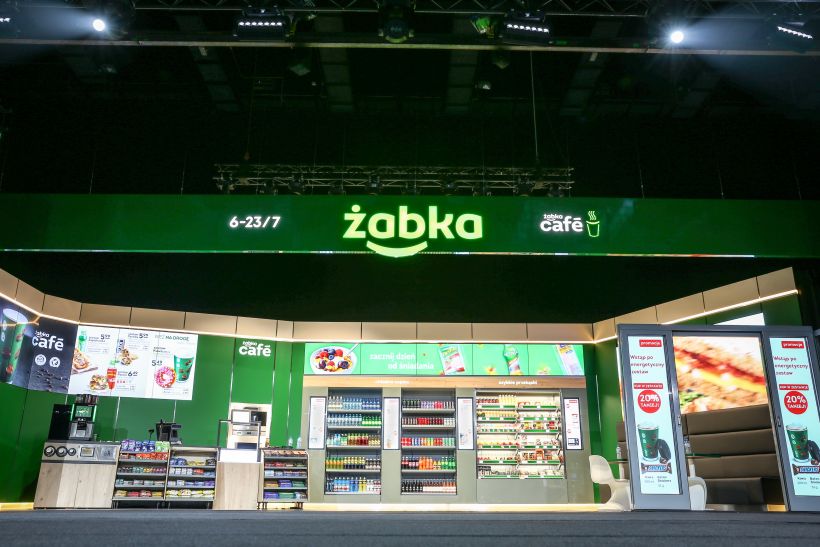 The new stores will do away with the need to scan products at the point of payment while “smart shelves” will display product prices, sell-by dates and suggestions what to buy. Żabka

Payments will be made via the app, Microsoft said in a press release, dispensing with queues at its stores which are open from 6 am to 11 pm and rely mostly on the sales of alcohol and cigarettes though they do carry food and some other items.

Microsoft said that Żabka was the ideal chain for many of these technological advances, given its customers tend to be impulse buyers with just a few minutes to spare for shopping on the way home after work or ahead of a party. For these reasons, “smart” features that speed up purchasing are particularly valuable to Żabka’s customers, referred to in the company’s marketing as “5.0 customers.”

For all the automation, however, human staff will not disappear from Żabka stores though it may thin, Suchański said.

“Every business is conducted by people for people,” he said. “I do not believe any technology can ever replace people.”

Żabka, owned by a consortium of private-equity funds, plans to open the first “stores of the future” in 2019. Last year, the company posted sales of PLN 7.2 billion (EUR 1.7 billion) and opened 500 new stores. The firm plans to add 700 outlets to its network over the course of this year.

Microsoft is working with ten partners on implementing the “store of the future” concept for Żabka, seven Polish companies among them, the Redwood, Washington state-based IT giant said.

Poland must make use of artificial intelligence

Insurance giant Warta probes use of AI to deal with claims