Tourists holidaying in the seaside resort of Łeba were left heartbroken after finding a letter in a bottle washed up on the shore.

Elżbieta and Italian friend Andrea had been cycling along the sands when they spotted the clear glass bottle with a floral print and the note inside.

Written in small, neat handwriting, the note which covered both pages began: “On July 15, two months will have passed since your death. 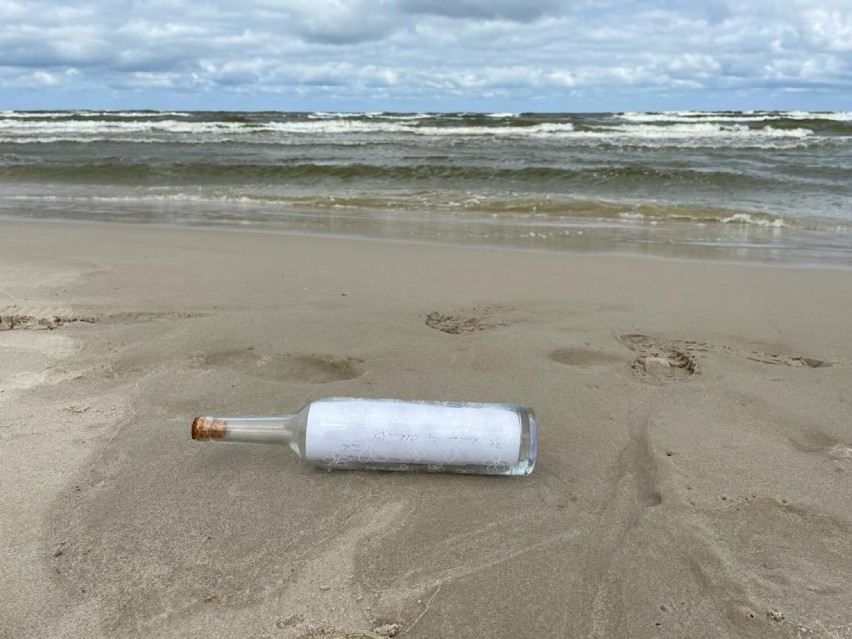 The message in a bottle had washed up on the shore.Dziennik Baltycki readers Elżbieta and Andrea

“I am waiting for you to come to me, you will hug me and calm me down, saying that you are all right.

“Then maybe my pain will ease and there will be relief.

“That is why I am waiting for that day. When I see you smiling again.

The note in the clear glass bottle with a floral print was written in small, neat handwriting.Dziennik Baltycki readers Elżbieta and Andrea

“This is where I finish my letter to you. I entrust it to the sea, and to you, my daughter, I say: goodbye and see you.

“Your forever loving Dad. P.S. I love you, Wiktoria.”

The unknown father ended the letter with a heart.

Enlisting the help of local sailor Captain Jarosław Stachewicz (L), Elżbieta (centre) and Italian friend Andrea (R), decided to return the message in a bottle to the sea.Dziennik Baltycki readers Elżbieta and Andrea

Stunned Elżbieta later told Dziennik Baltycki: “The bottle was lying on the sand, thrown up by the sea waves.

“Initially, we thought it was a note put in a bottle for fun by a teenager.

“When I started reading this my heart almost broke. I couldn't help but cry.

“I was not able to control myself.” 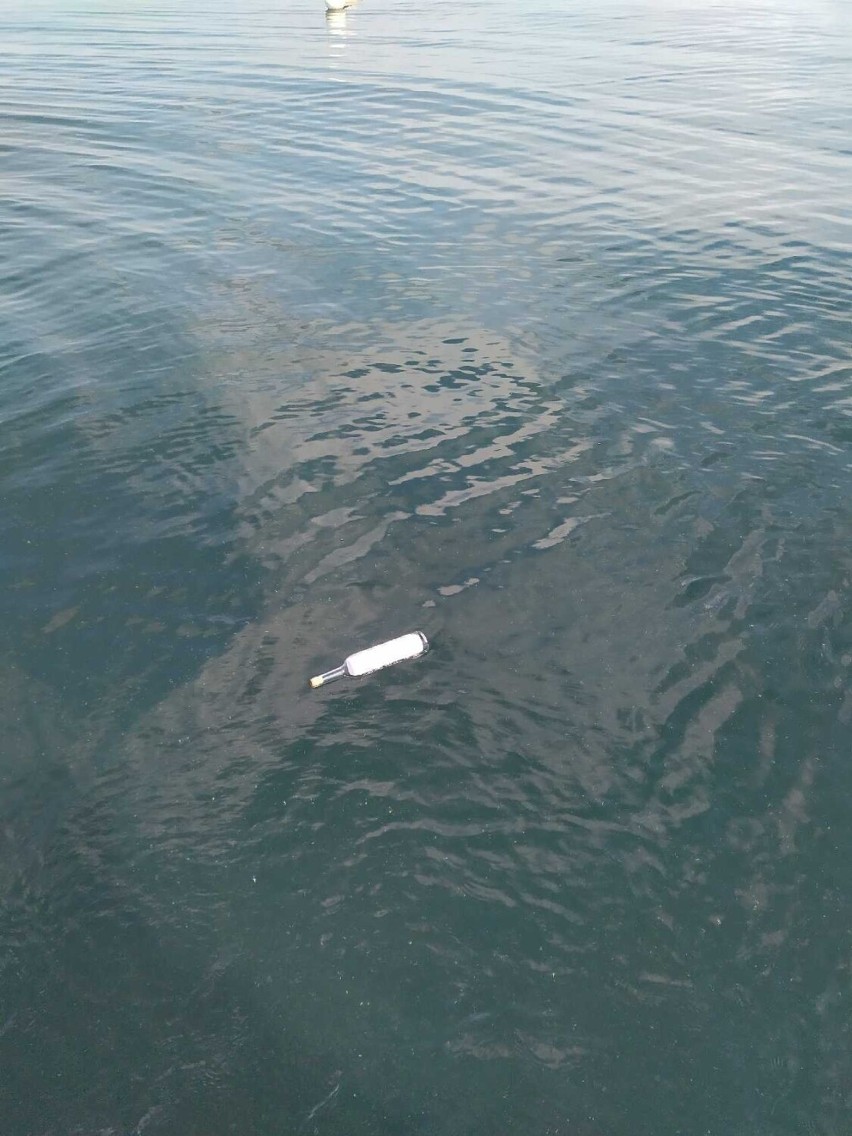 The bereaved father’s message to his daughter was taken 36 nautical miles out to sea.Dziennik Baltycki readers Elżbieta and Andrea

Deciding that whoever the despairing father was he would probably want the bottle and its message to remain ‘entrusted to the sea’, Elżbieta and Andrea contacted a local sailor who agreed to help.

Taking his ‘Hunter’ boat’ 36 nautical miles out to sea, Captain Jarosław Stachewicz and the couple returned the bottle to the Baltic.

Stachewicz told the newspaper: “I have been sailing for a long time, but this is the first time I have encountered a situation when I have thrown a bottle with a letter into the sea.”

He added: “It is a very moving story.”