‘Vampire skulls’ from a late medieval cemetery have revealed that tooth decay was much less common in the Middle Ages than today.

Dentists from Katowice who examined the teeth of six people ‘rejected by society’ and accused of being ‘vampires’, found their gnashers were in good condition. 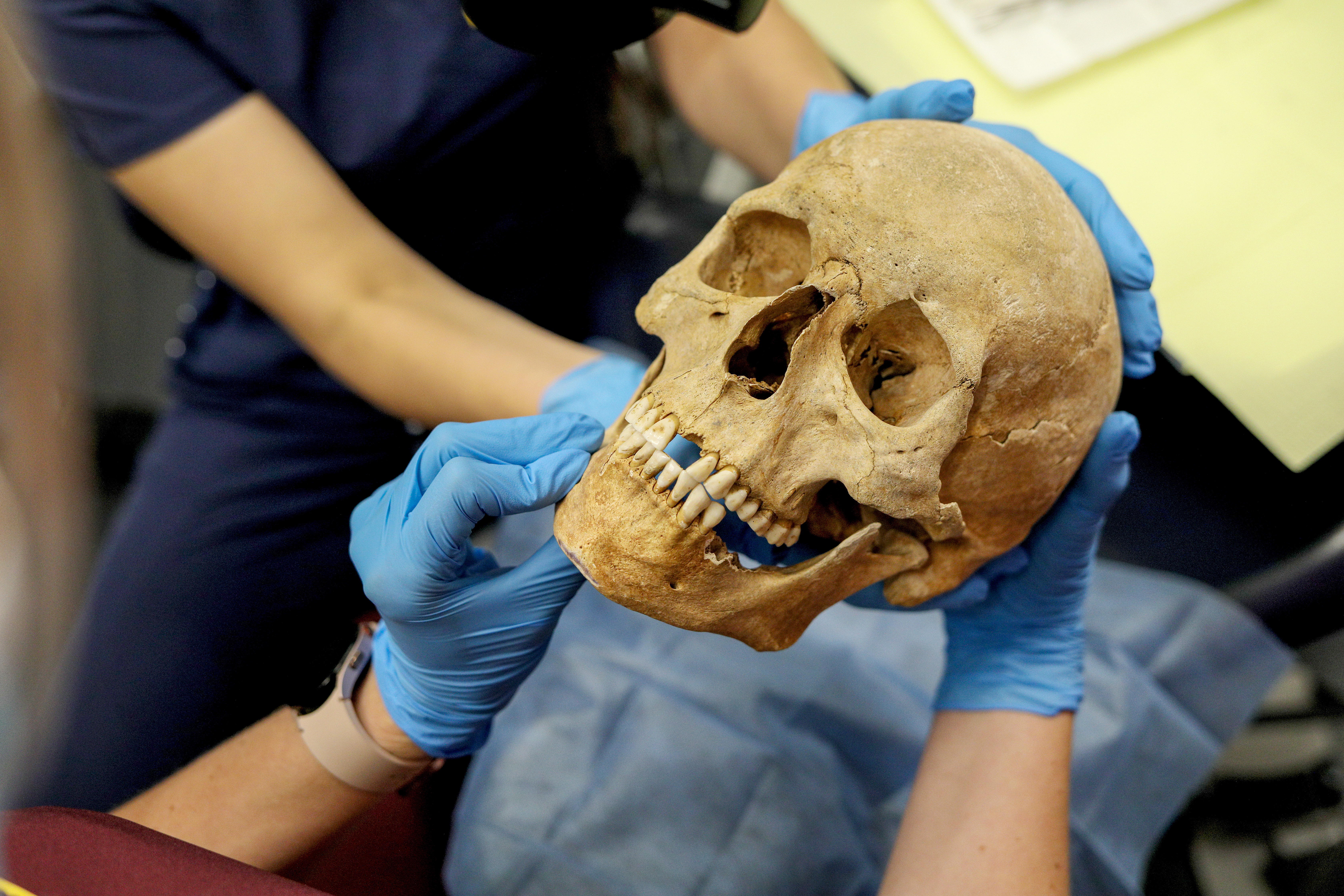 Six skulls were sent by the Museum of Gliwice to the dentists for analysis to find out more about their lives.Tomasz Wiktor/PAP

Head dentist Marta Szymańska-Pawelec from Dentim Clinic Medicover said: “The Museum in Gliwice sent six skulls or parts of them for dental review, of which five belonged to adults and one to a young adult.

“We performed a basic review, tested for caries, selected teeth were assessed under a microscope, we prepared 3D scans and completed digital radiological diagnostics. 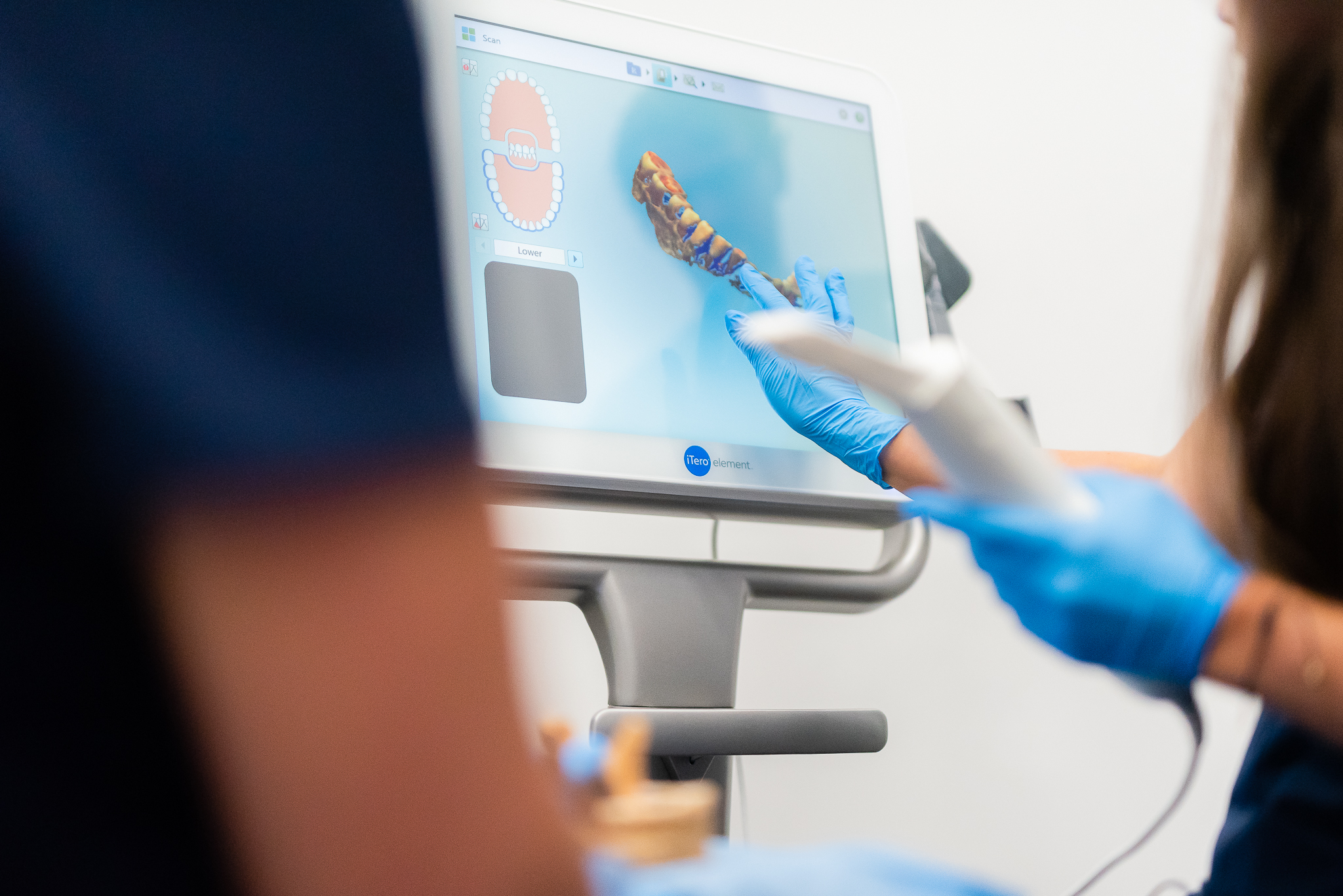 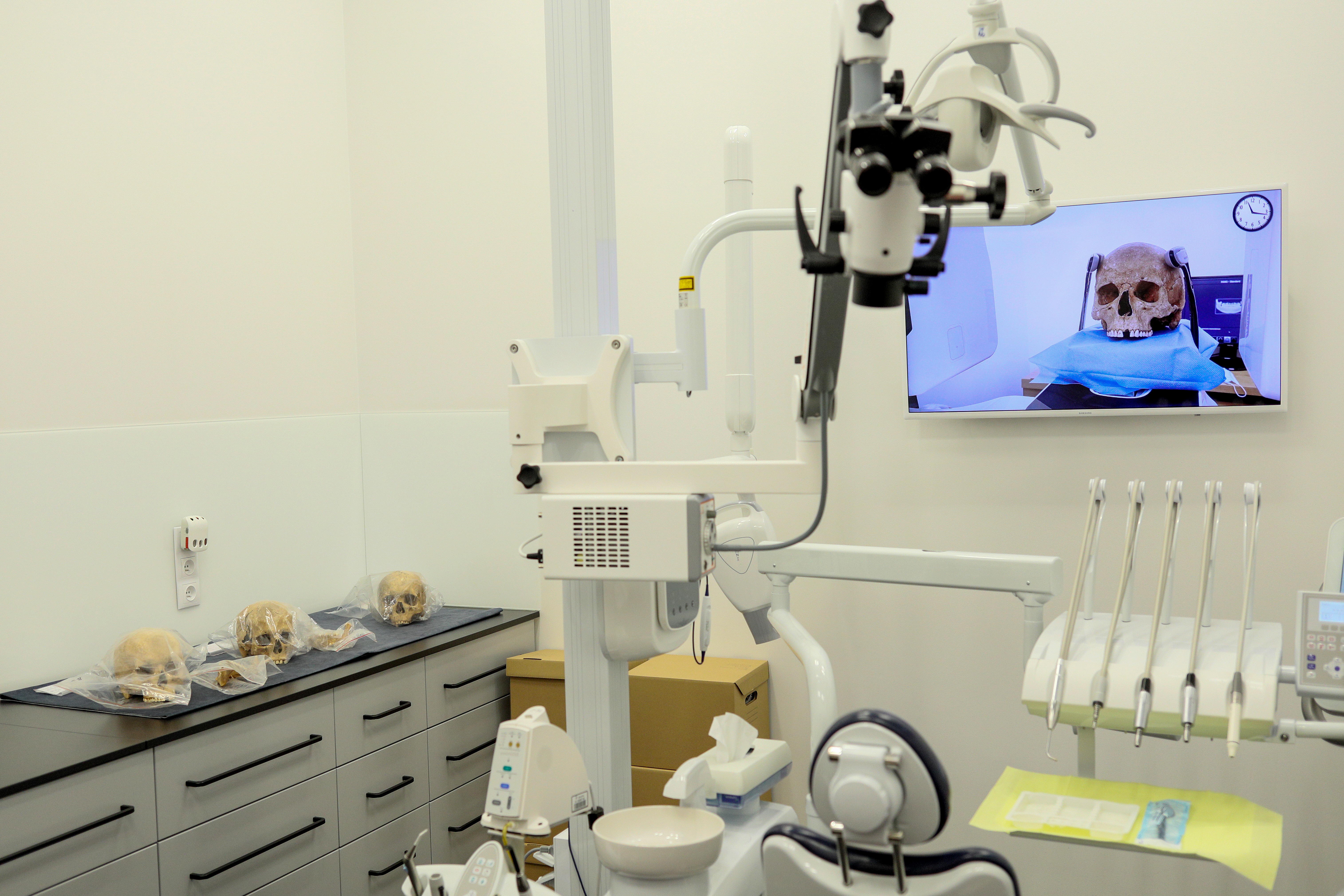 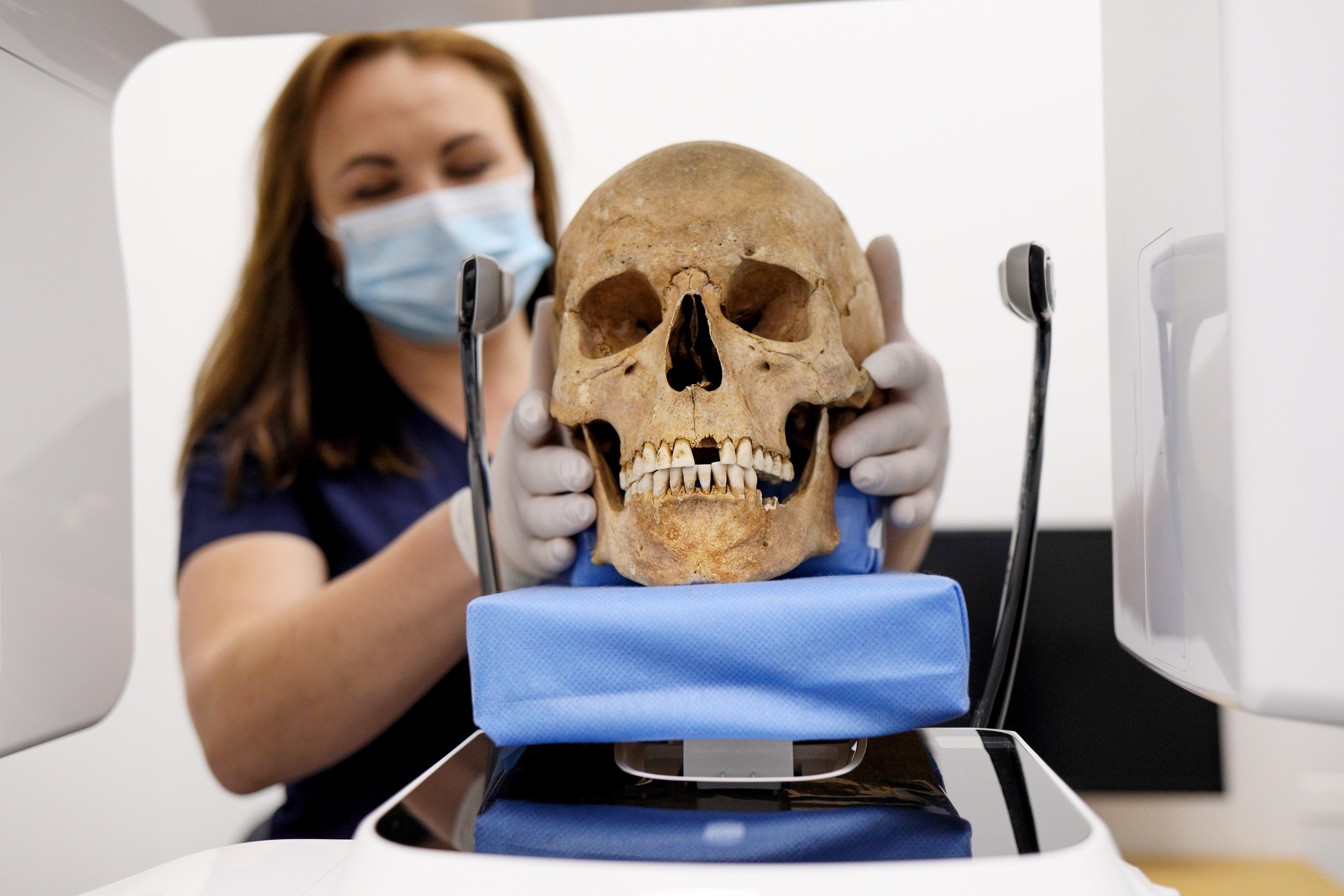 Selected teeth were examined under a microscope, before having 3D scans and digital radiological diagnostics.Tomasz Wiktor/PAP

“The teeth of the ‘vampires from Gliwice’ were in quite good condition, and damage was more often due to wear than as a result of caries.

She added: “The examined skulls did not have vampire fangs, which fans of horror novels probably hoped for. 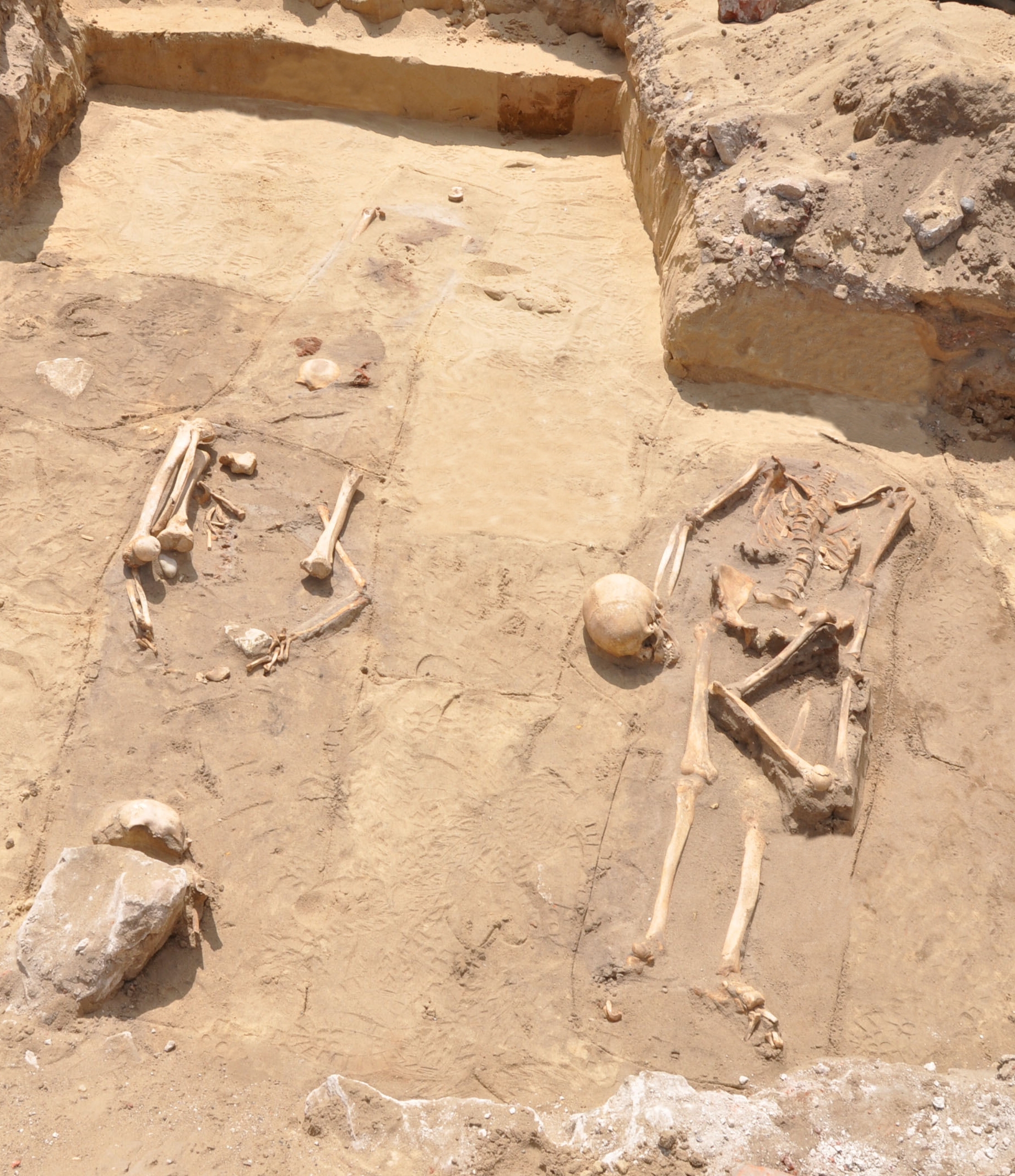 Dating from 500-years ago, the skulls were unearthed in 2013 by archaeologists that had been called to a roadworks construction site in Gliwice.Muzeum w Gliwicach

“These people had fangs in the anatomical sense, i.e. the teeth located between a group of incisors and premolars.

“They are a natural anatomical feature and did not have any unusual traits except for wear, which could be due to a ‘hard’ diet that certainly did not include women's necks.” 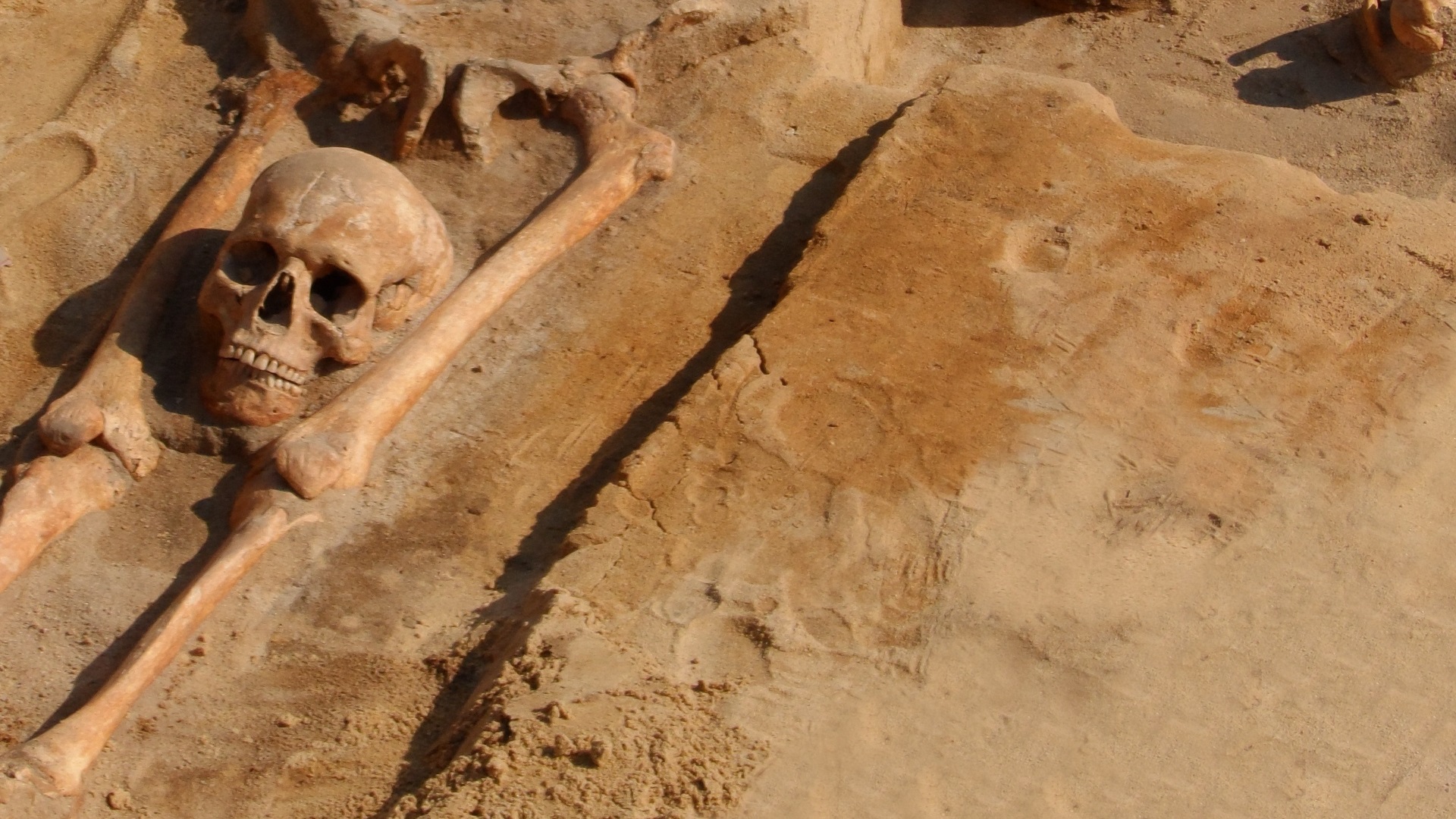 The skeletons’ heads had been placed between the legs, as in an anti-vampiric burials.Muzeum w Gliwicach

She continued: “It is not surprising if we look at the diet. Centuries ago, people consumed unprocessed or low-processed products: cereals, bread, smoked meats, vegetables and fruits. Refined sugar was a luxury and very expensive commodity.

“Honey was used more often for sweetening. The presence of natural fluoride in water could also be a factor. In the past, water was not filtered as it is now.” 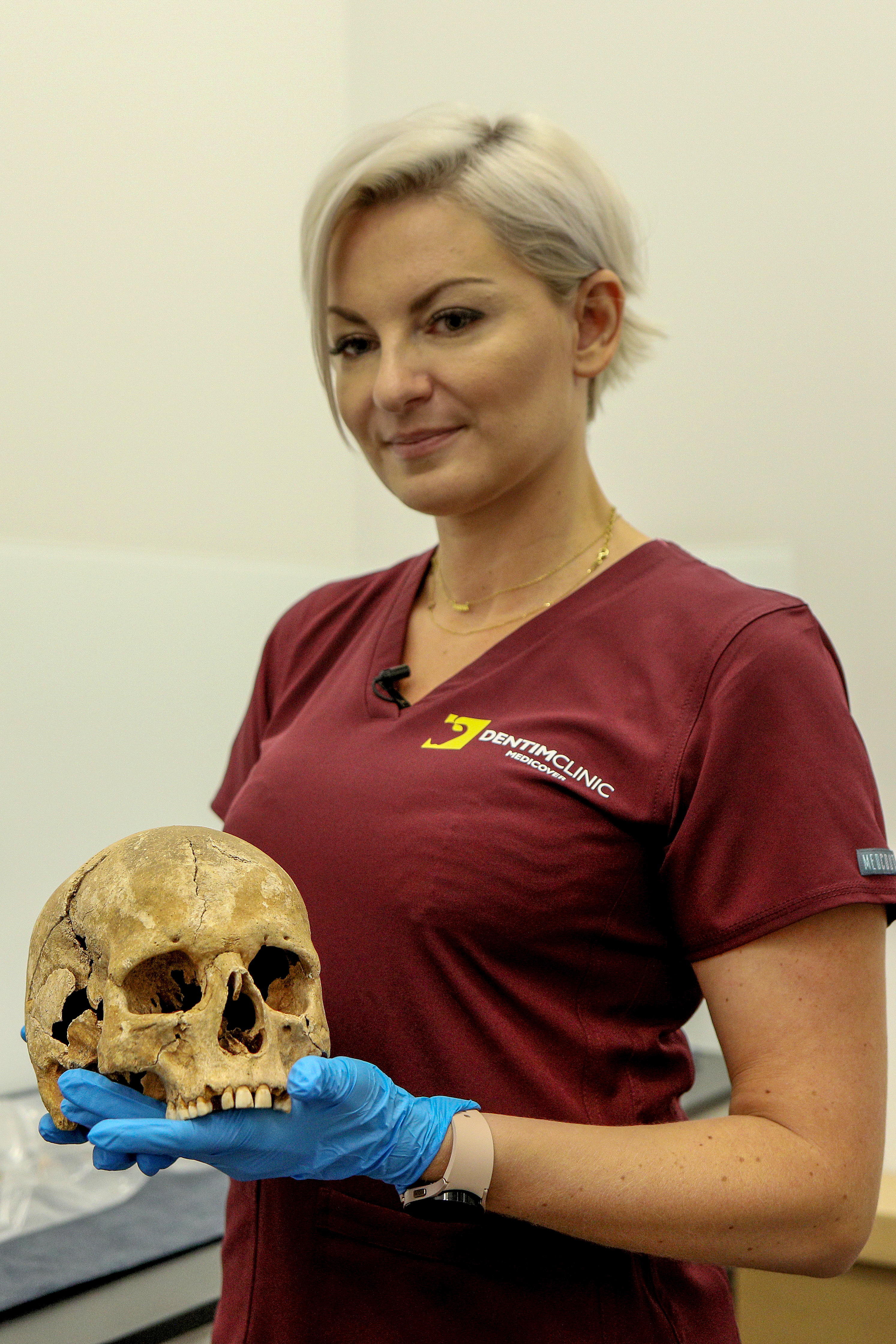 “The teeth of some of the people were very grated, to the point that exposed dentin and pulp were visible.

“This may result from the nature of the consumed products, which were hard, fibrous, and the bread could contain mill stone crumbs. 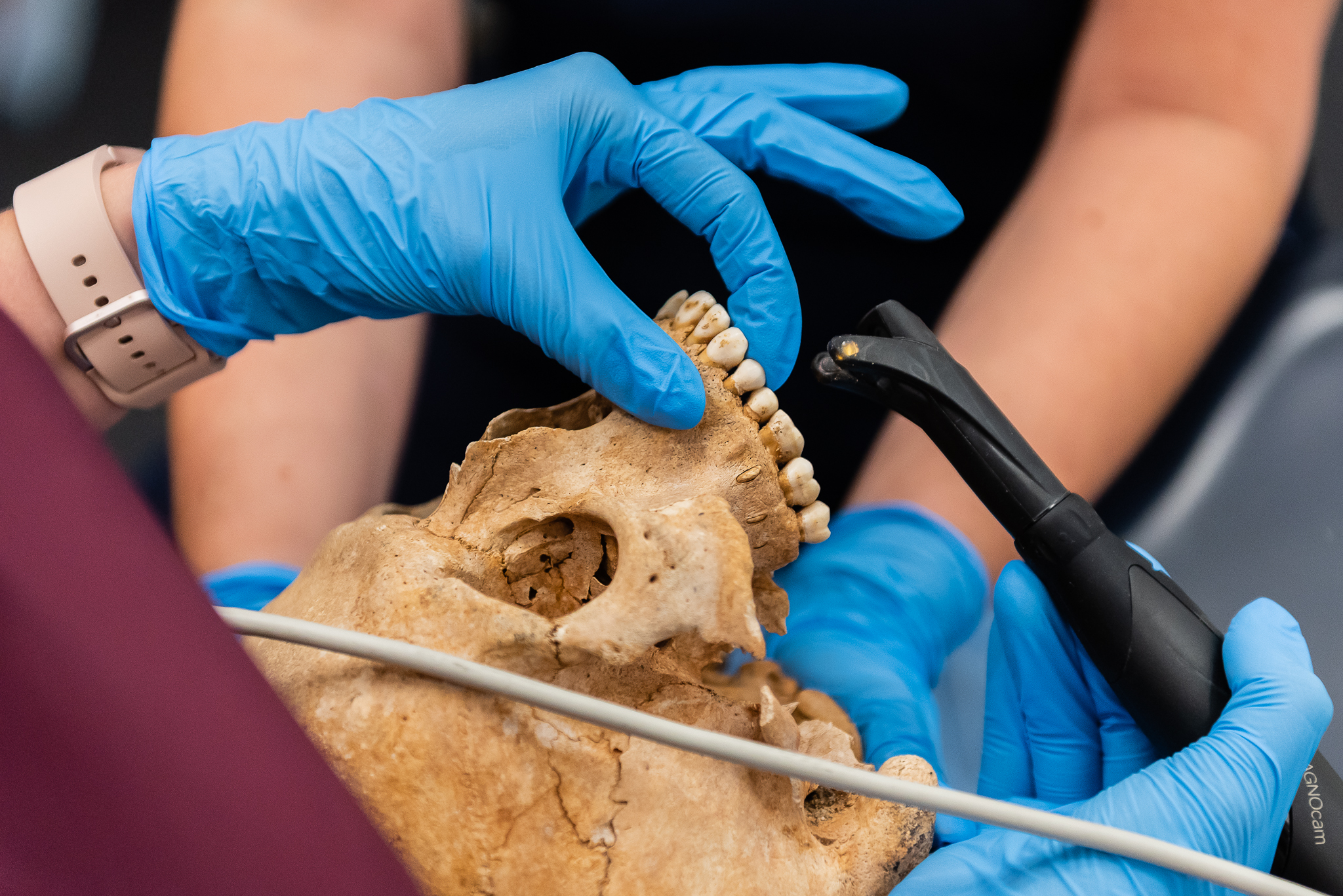 Szymańska-Pawelec said the teeth “did not have any unusual traits except for wear, which could be due to a ‘hard’ diet that certainly did not include women's necks.”Muzeum w Gliwicach

“Currently, we attribute teeth wear to stress that often triggers unconscious teeth grinding. Were people also stressed so much back then? Probably yes, but the reasons were completely different.”

The skulls come from a cemetery discovered in Gliwice in 2013 containing  convicts decapitated with a sword by the executioner.

Their heads, as in an anti-vampiric burial, had been placed between the legs.