A historic painting by one of Poland’s most important cultural icons, Jan Matejko, sold last night at auction for a hammer price of PLN 4.6 million (PLN 5.5 million after the auction house fee).

Conducted by the prestigious Warsaw-based DESA Unicum, Matejko’s ‘Saint Stanislaus scolding Bolesław the Bold’ was painted in 1877, at around the same time he was starting on his magnum opus, ‘The Battle of Grunwald’. 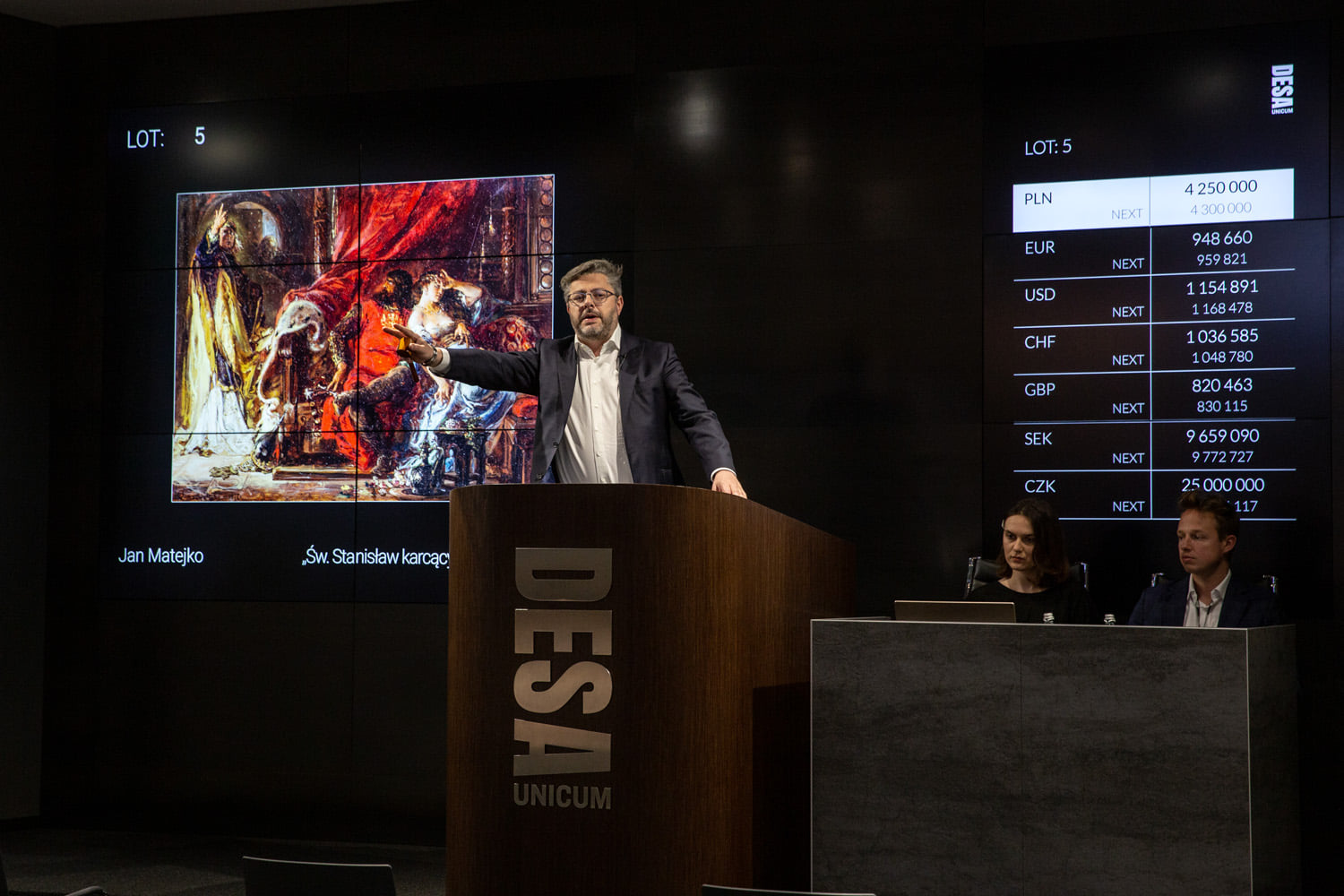 In unconcealed contempt of the Bishop, the King’s lover, meanwhile, drapes herself casually on the King and waves her hand dismissively in the air. 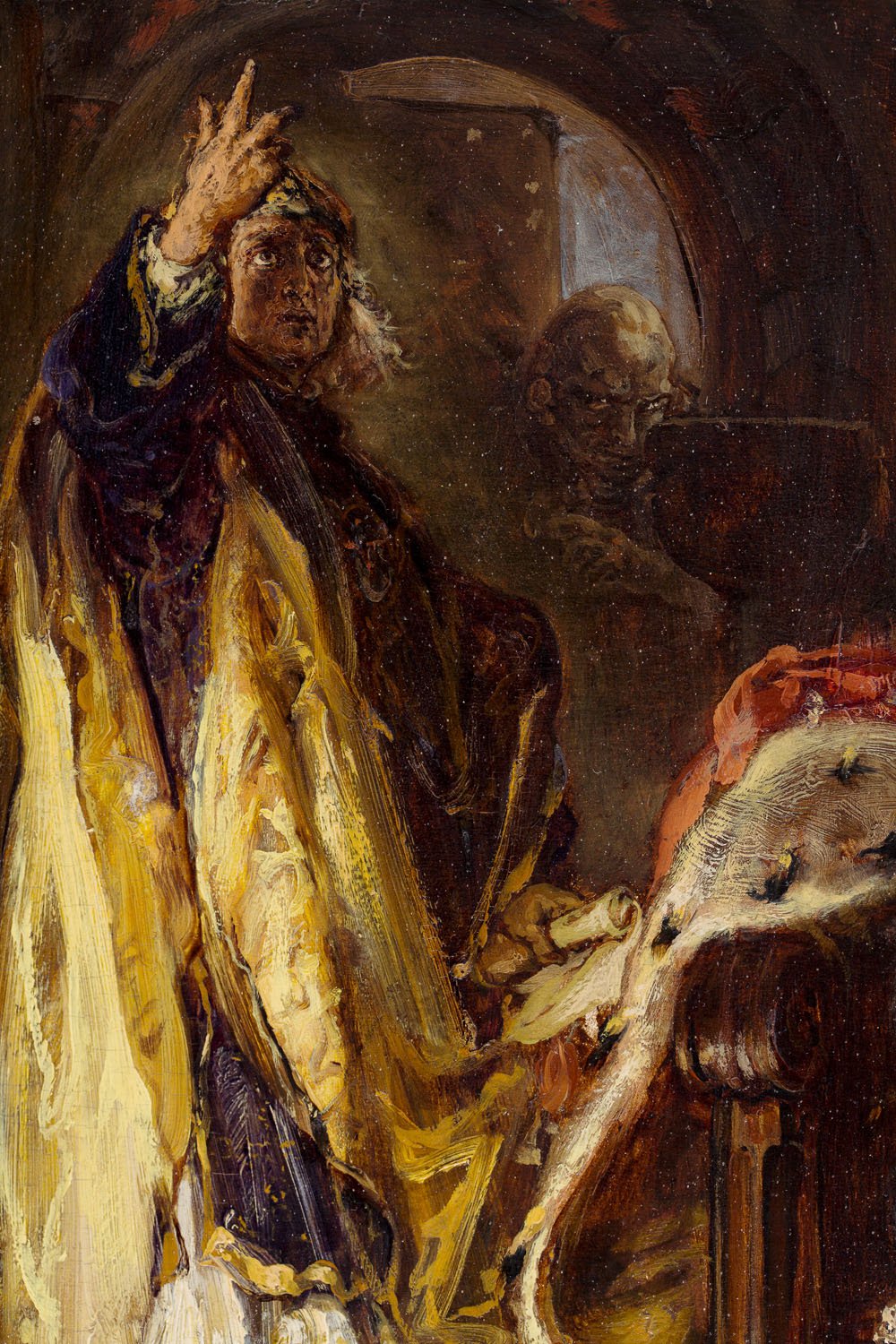 DESA Unicum’s Anna Szynkarczuk told TFN: “This auction was hugely important to us because Matejko is by far the most prominent Polish painter of all time – and that’s not an exaggeration.

“Matejko was known for his extremely large paintings, so this one is really rather special.

“Just as importantly, this was a very rare rare opportunity to purchase a historical painting by him – only four such paintings have been auctioned in the last thirty years. 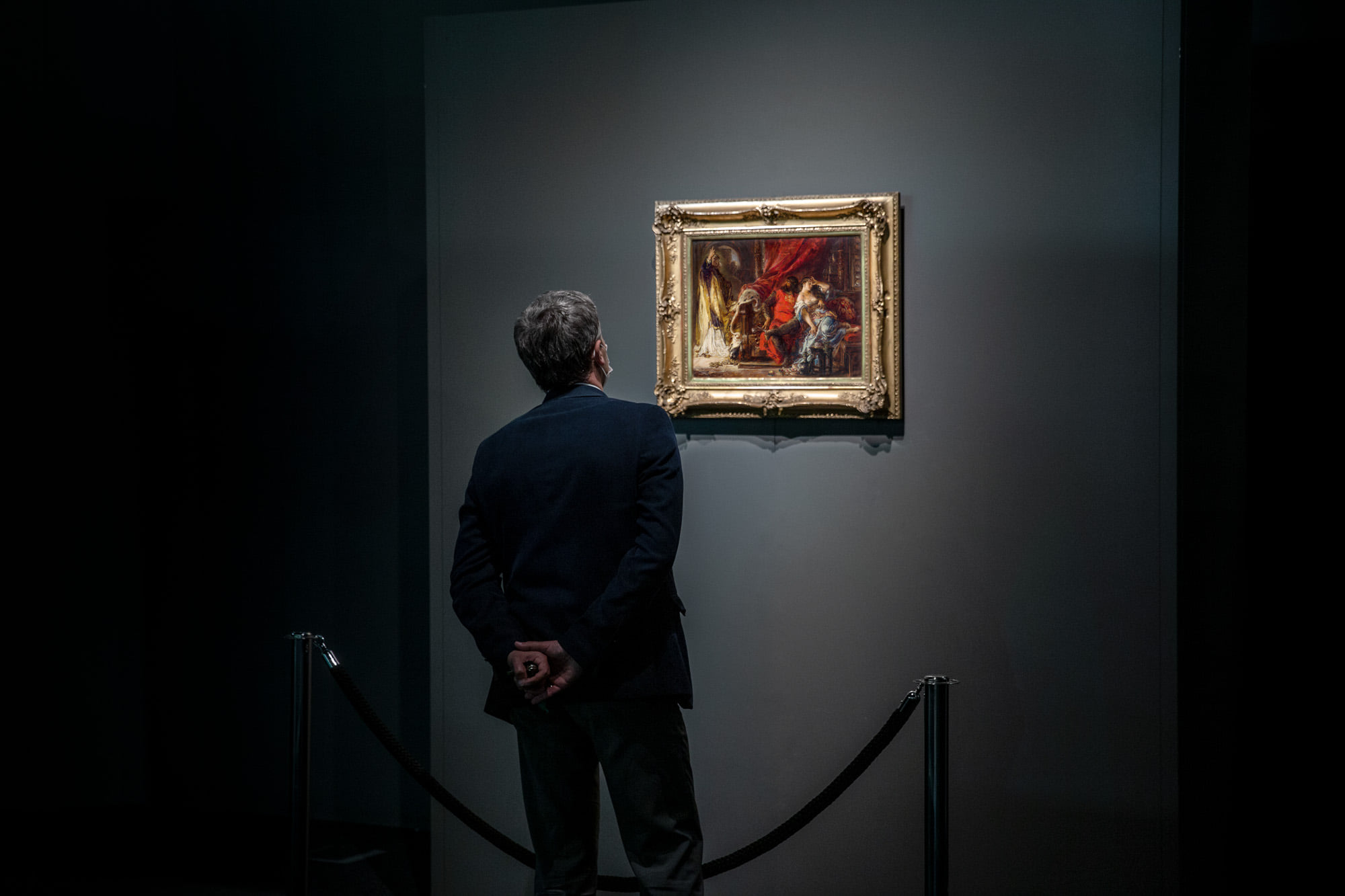 For decades the painting was considered ‘lost’ after it disappeared from an exhibition in Paris in 1921.  DESA Unicum

“It’s a brilliant piece and I think we can assume that Matejko thought that as well for he kept it in his own collection and showed it at various exhibitions.”

Created at a time when the Partitions had wiped Poland off the map, Matejko’s historic-minded works served to rally Poles and helped foster a defiant sense of national identity at such a vulnerable time. 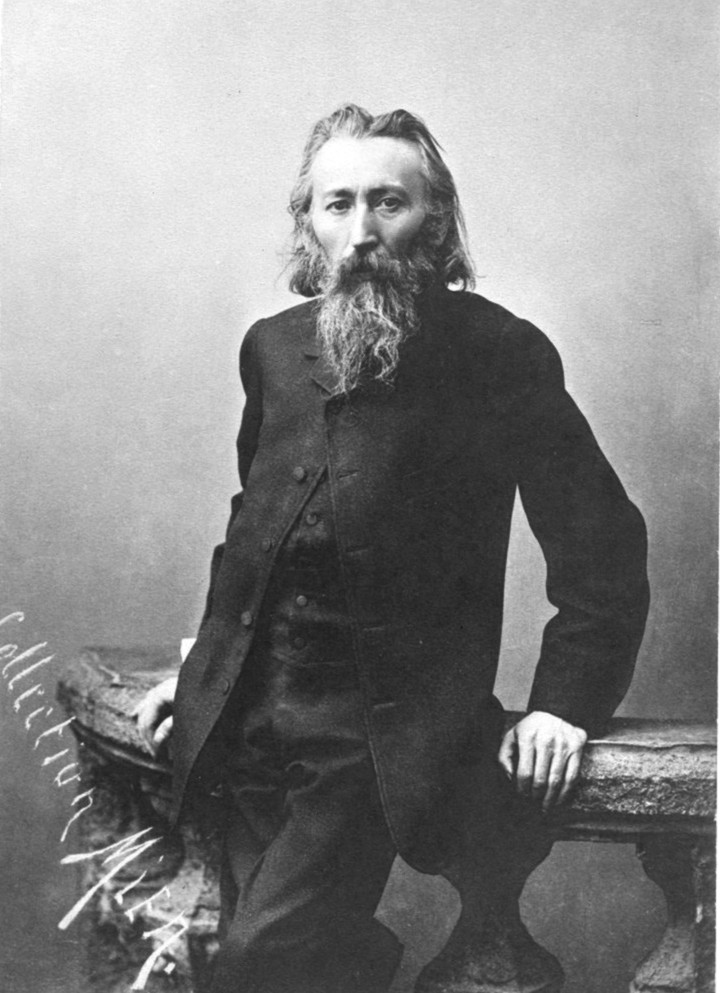 Jan Matejko is sometimes referred to as the ‘national painter’ of Poland as his historic-minded works served to rally Poles and helped foster a defiant sense of national identity at such a vulnerable time.  Public domain

Szynkarczuk said: “You need to consider more than just the artistic merit of his work.

“He painted the most important moments in Polish history, so he became the governor of our historic imagination.

“To this day, we see our history through the paintings of Matejko, and that’s a rare thing to say about any painter.”

Known for his meticulous research and fine eye for detail, his historic paintings provided a glimpse into Poland’s proud past, such as his magnum opus, ‘The Battle of Grunwald’.   Public domain

Known for his meticulous research and fine eye for detail, his historic paintings provided a glimpse into Poland’s proud past.

Szynkarczuk continued: “He paid a special emphasis to things like architecture, costumes, ornamentation and so forth, and through this he created our entire historic imagination.

“He shaped our national identity – the monarchs and figures he painted, are the ones we see in our mind. He brought colour to history and made it alive. 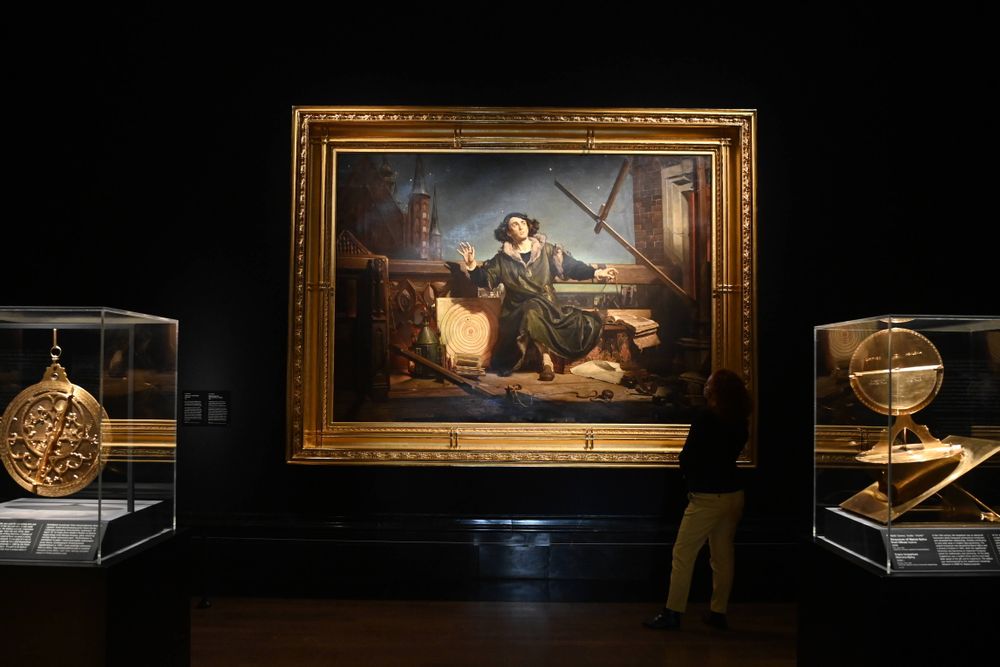 Last month, Matejko became the first Polish painter to ever be presented at the National Gallery in London with his epic 'Astronomer Copernicus: Conversations with God.’   FACUNDO ARRIZABALAGA/PAP/EPA

“More than just art, his work is considered a national treasure and, in museums, often the centrepiece and highlight of any collection.”

In 1921, after an exhibition at the Paris Grand Palais, the auctioned ‘Saint Stanislaus scolding Bolesław the Bold’ disappeared.

Szynkarczuk said: “People are calling it a lost artwork but it would be more accurate to simply call it misplaced. 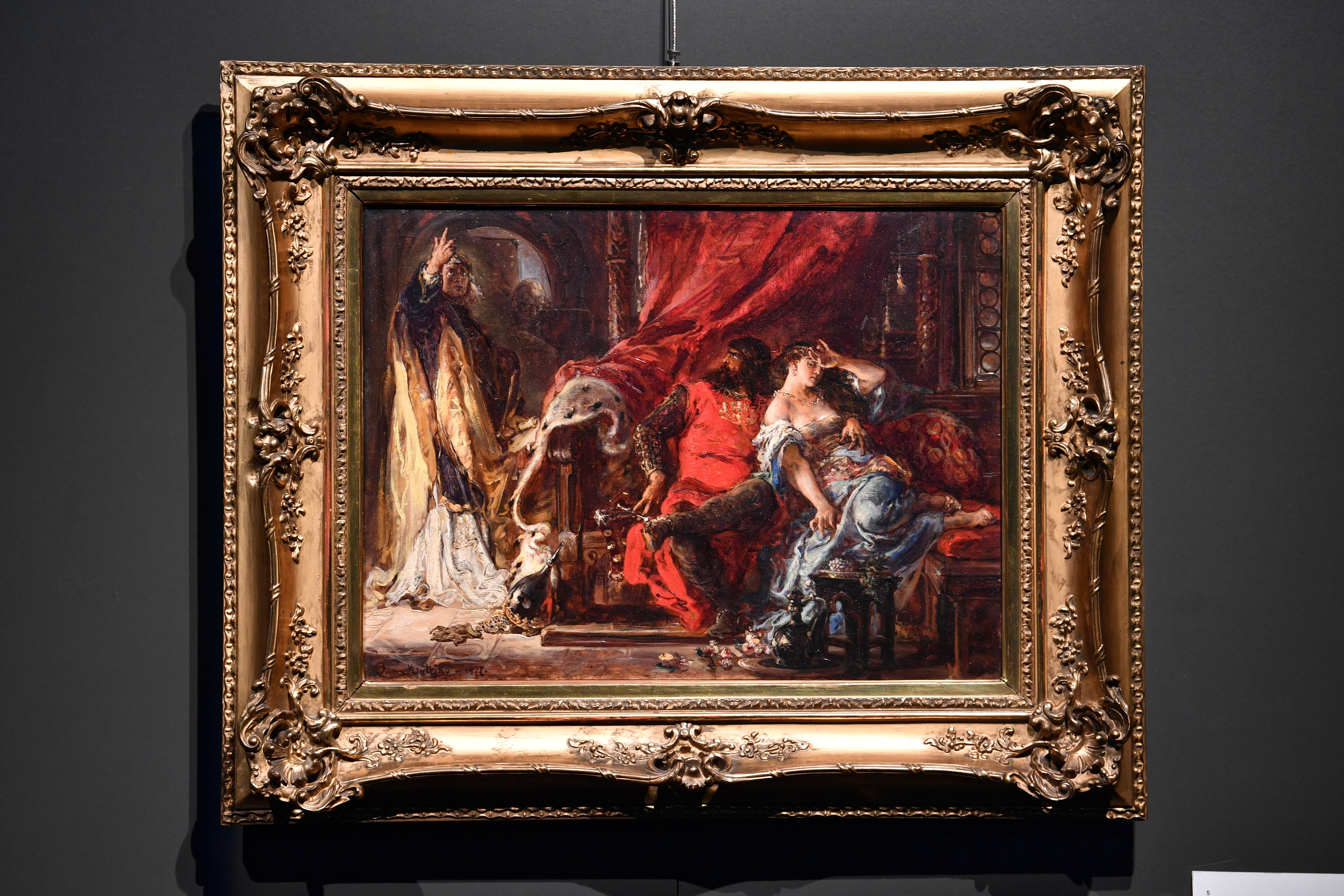 Anna Szynkarczuk from DESA Unicum told TFN the auction ‘was hugely important to us because Matejko is by far the most prominent Polish painter of all time – and that’s not an exaggeration.’   Radek Pietruszka/PAP

“It was purchased by an unknown collector and from there the trail ran cold and people presumed that it had been lost forever.

“Actually, there was nothing suspicious about its disappearance and twelve-years ago its owner came forward after he realized that it had been listed as lost.

“In fact, it had simply been in the custody of his family for several generations.”

Remaining relevant to this day, the auction has come swiftly after Matejko became the first Polish painter to ever be presented at the National Gallery in London.

Szynkarczuk said: “Matejko’s art brought people together. Through his work, we were able to develop a national identity during the trials and hardships of the 19th century.