Mastermind that reconstructed Warsaw's Old Town’s to finally be honoured

The architect who saved Warsaw’s Old Town from becoming just another socialist housing estate and instead turned it into one of the architectural wonders of Europe is soon to be immortalised by way of a new statue.

The bronze figure of Jan Zachwatowicz, who is described as “one of the greatest heroes of the heroic city of Warsaw,” will be erected between the defensive walls of the Old Town, from where he will look onto the Royal Castle, the reconstruction of which he was heavily involved in. 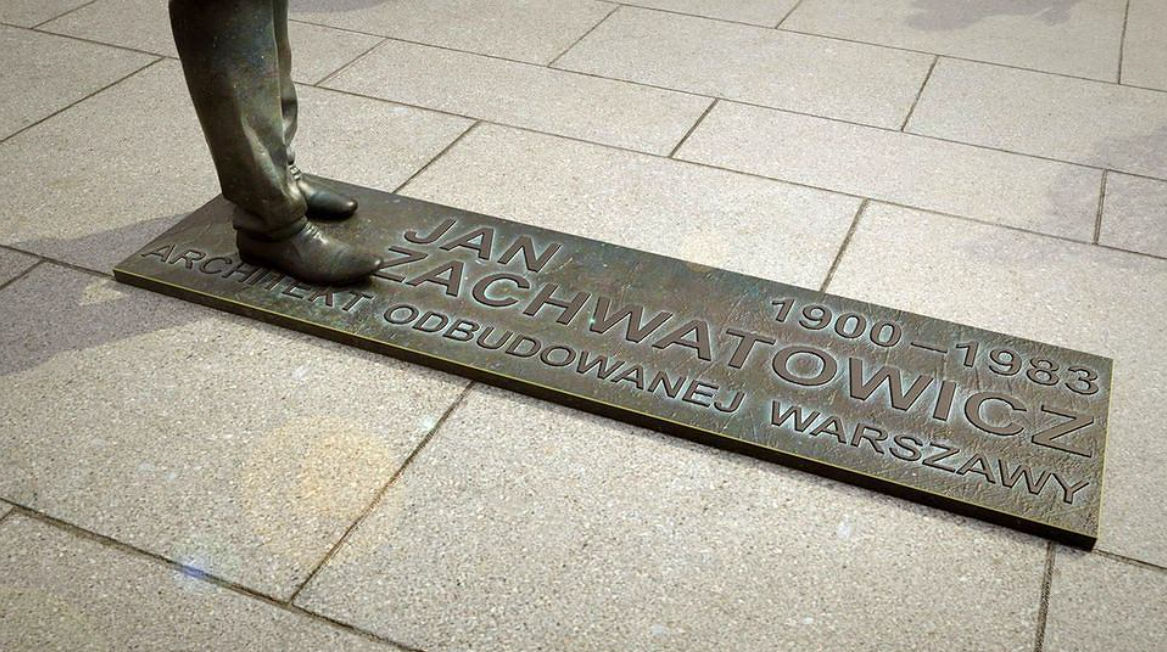 The memorial has been authored by Kraków sculptor Karol Badyna, who also designed the monument to Arthur Rubinstein at the UN Headquarters in New York.Zarząd Terenów Publicznych

The go-ahead for the monument was given by the council of Warsaw’s Śródmieście district on October 20th and comes in response to local demands to honour the highly regarded architect.

“The people of Warsaw have been demanding that we commemorate this man, so that is what we shall do,” Śródmieście council leader Aleksander Ferenc said.

The initiative of the Society of the Friends of Warsaw, the monument is expected to cost PLN 87,000. 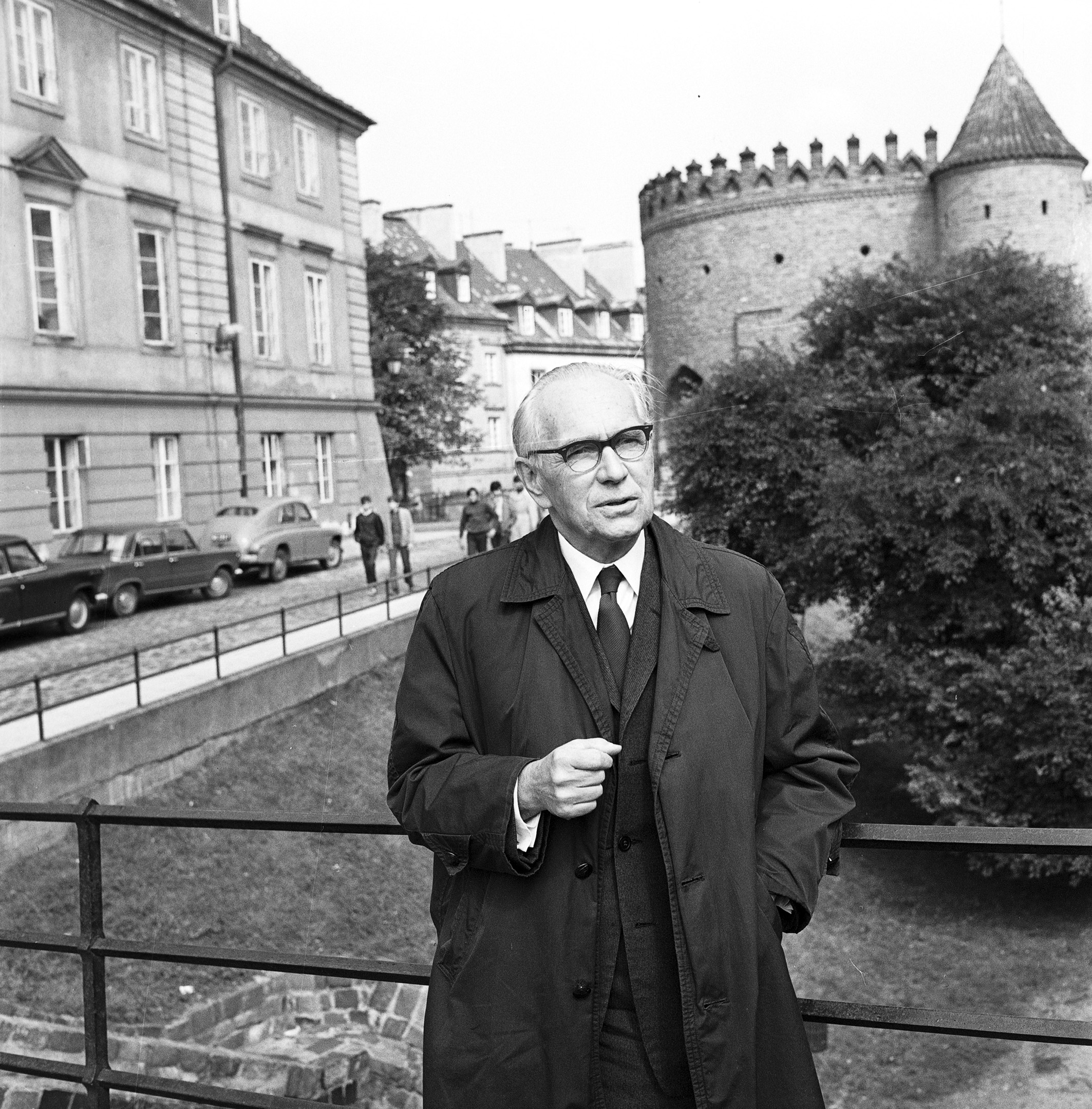 Were it not for Zachwatowicz, the Old Town could have been turned into a socialist housing estate – or simply left as a sea of rubble.Bolewsław Miedza/PAP

“Initially, we suggested a bench with a figure of the architect, but in consultation with the institutions involved in the project and the professor’s family, the decision was finally made to make it a figure facing the Royal Castle and St. John the Baptist Basilica, which Jan Zachwatowicz put the most work and effort into rebuilding,” said Hanna Kusiak from the society.

The memorial has been authored by Kraków sculptor Karol Badyna, who also designed the monument to Arthur Rubinstein at the UN Headquarters in New York and the monument to Silesian Uprising leader Wojciech Korfanty unveiled last year at the junction of Al. Ujazdowskie and ul. Agrykola in Warsaw.

The design shows Zachwatowicz from the period of the Royal Castle’s reconstruction. The figure of an old man walking, wearing glasses, with his left hand in his coat pocket, captures his daily walk through the Old Town. 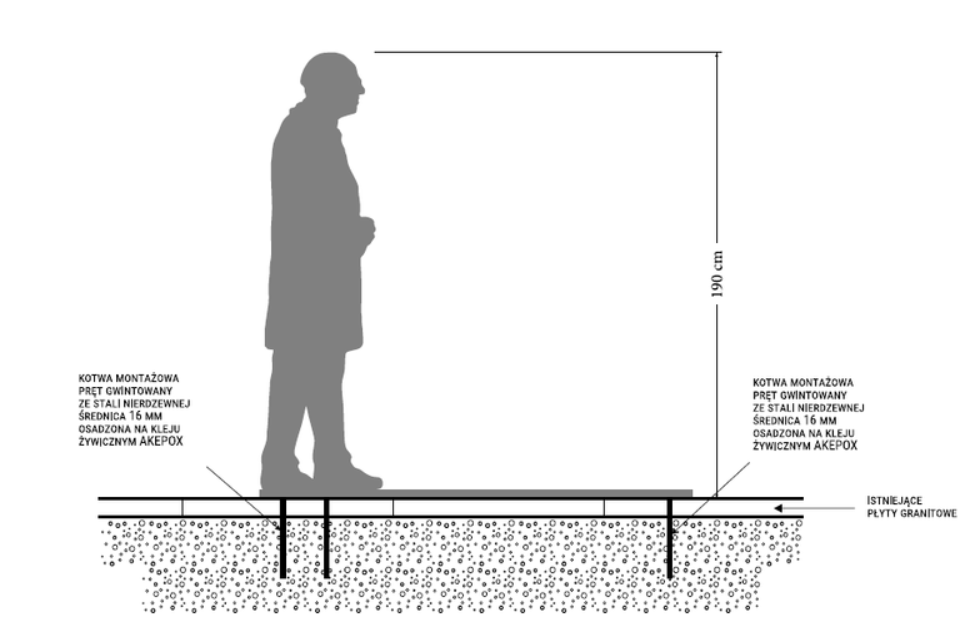 Initially, the statue was to show Zachwatowicz sitting on a bench. Later, it was decided his figure should face the Royal Castle and St. John the Baptist Basilica.Zarząd Terenów Publicznych

The visualisations released by the Society of the Friends of Warsaw show a 190-centimetre bronze figure located near Castle Square at the end of the route between the defensive walls.

Warsaw owes the rescue and reconstruction of many of its most iconic buildings to Jan Zachwatowicz.

An outstanding architect, art historian and conservator, during the war he was heavily involved in rescuing Poland’s cultural assets. Immediately after the collapse of the Warsaw Uprising, he took part in the famous Pruszków operation, thanks to which many works of art were saved from the burning city. 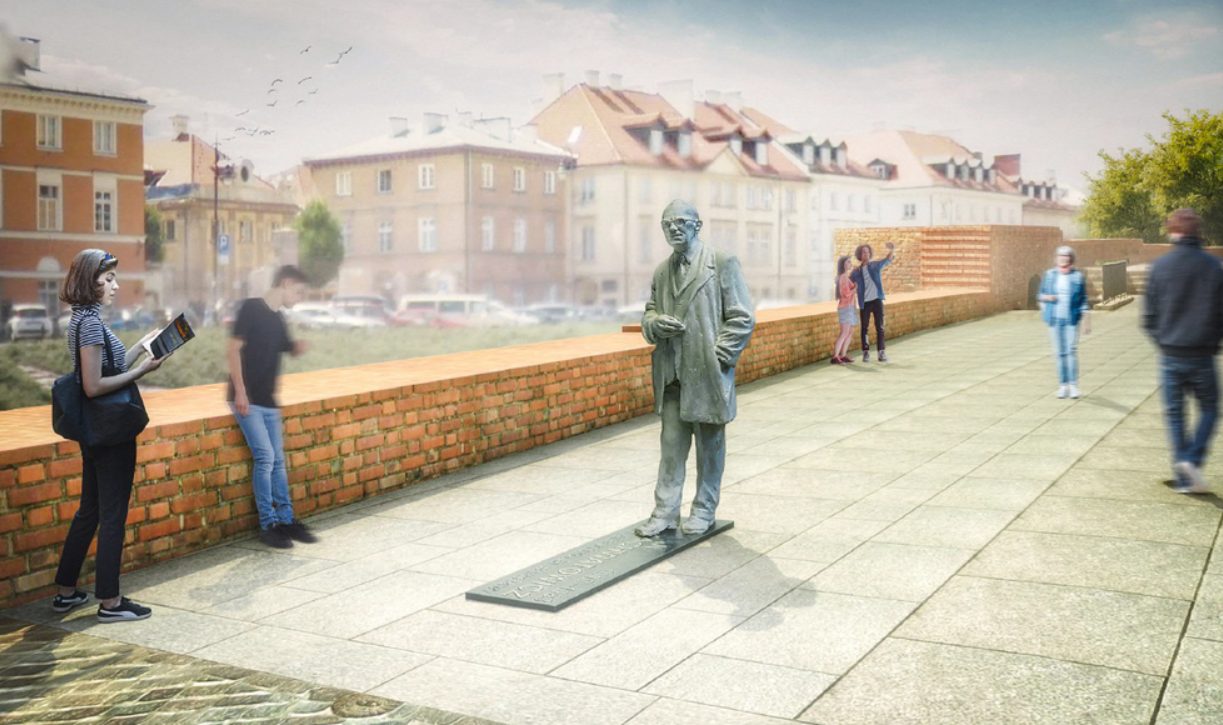 After the war, he was the driving force behind the project to rebuild the capital’s Old Town, arguing convincingly against the area being reborn as a housing estate or being left in ruins to serve as an ultimate reminder of the war’s destruction.

“The capital cannot be a city without a past. It must regain its Castle and the Cathedral,” he said.

The decision to recreate the Old Town, the New Town, the buildings of Krakowskie Przedmieście and Nowy Świat, was bold and completely pioneering as it went counter to the Venice Charter, which opposed the reconstruction of heritage sites. 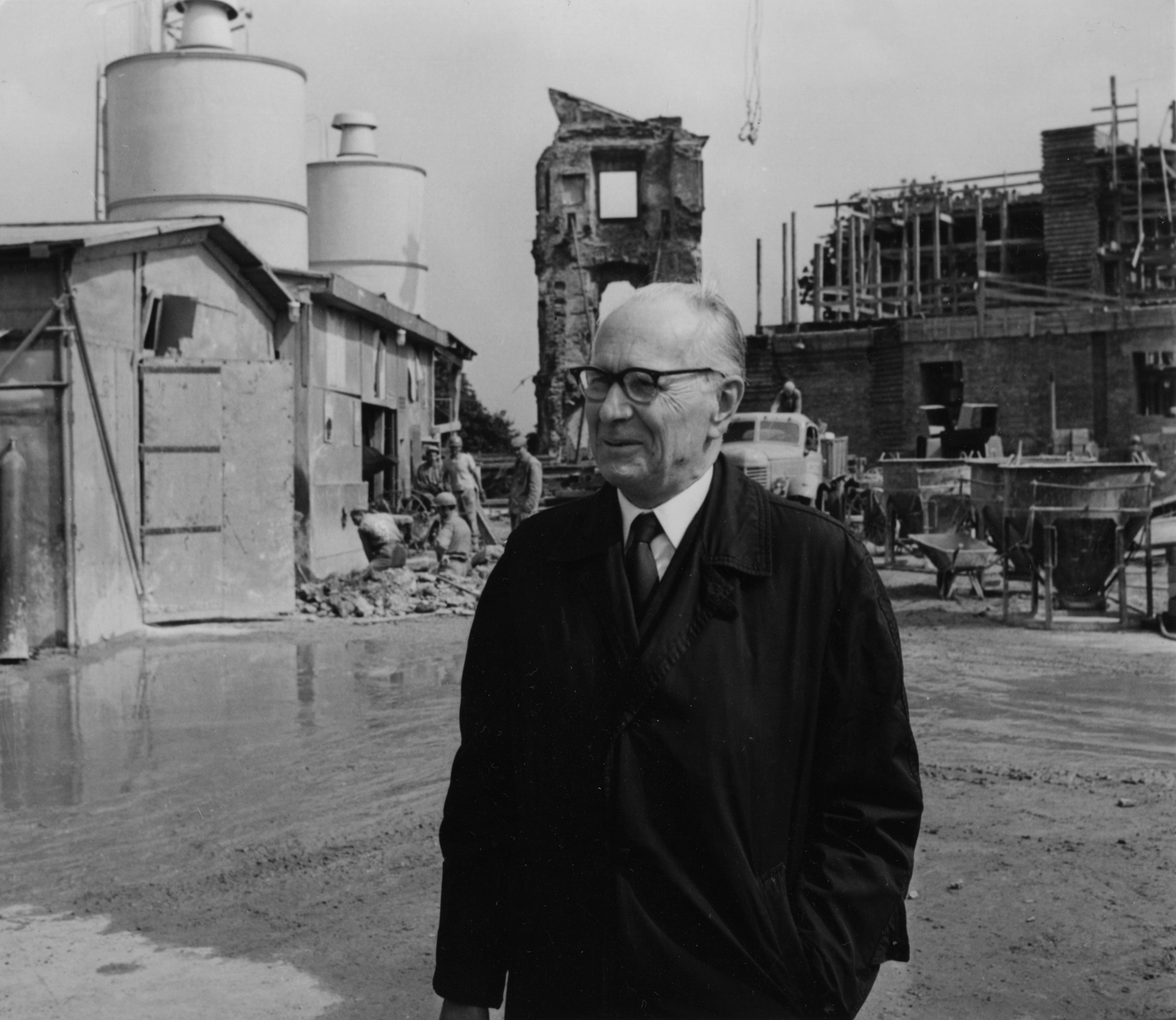 Later, Zachwatowicz admitted that plans to rebuild the Old Town – including its Royal Castle – had faced heavy resistance from some quarters.Bolesław Miedza/PAP

“Our concept of preserving the Old Town as a symbol of the history of Warsaw, as our national identity, raised many doubts in the conservation world,” he later recalled.

One of his stand-out achievements was the design for the reconstruction of St. John’s Cathedral, which was rebuilt in an early Vistulan Gothic style.

Zachwatowicz’s vision finally found global approval when the historic centre of Warsaw was added to UNESCO’s World Heritage List. Inducted in 1980, the project was described as “an outstanding example of a near-total reconstruction of a span of history covering the 13th to the 20th century”.