An 18th century cemetery containing the remains of plague victims has been uncovered during an apartment build in northern Poland.

The grim discovery was made after builders stumbled upon human remains during work at the site in Mikołajki in the Warmian-Maurian Voivodeship. 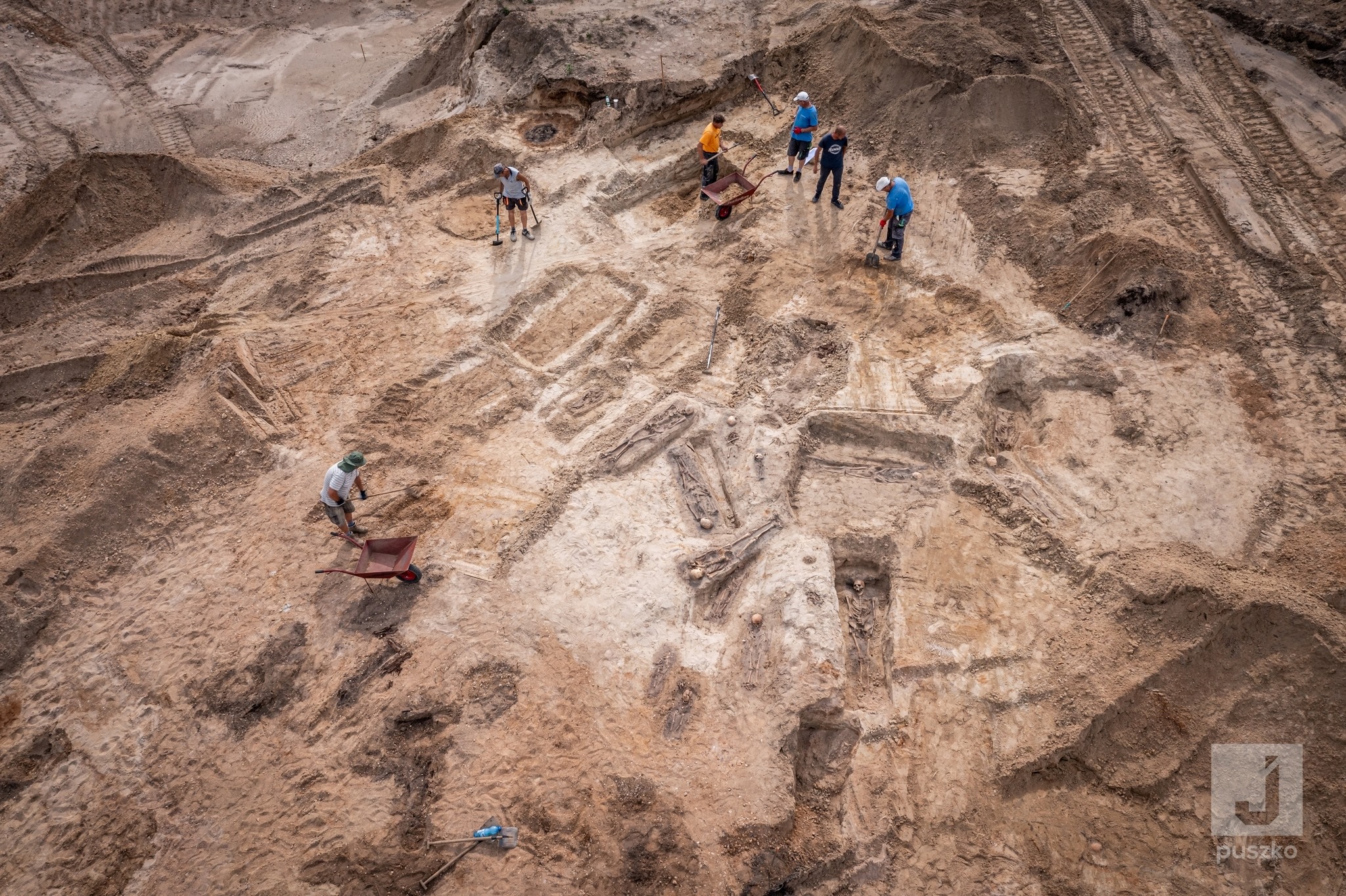 The find included two cemeteries, one dating between the 17th -19th century and a second from the 18th century when a plague swept through the Mazurian region.Jarosław Puszko

The find included two cemeteries, one dating between the 17th -19th century and a second from the 18th century when a plague swept through the Mazurian region.

Archaeologist Agnieszka Jaremek vice-president of the Dajna Foundation said: “It is mentioned in sources that there was not enough space in the cemetery by the church and that’s why victims were buried by the road leading to Mrągowo. 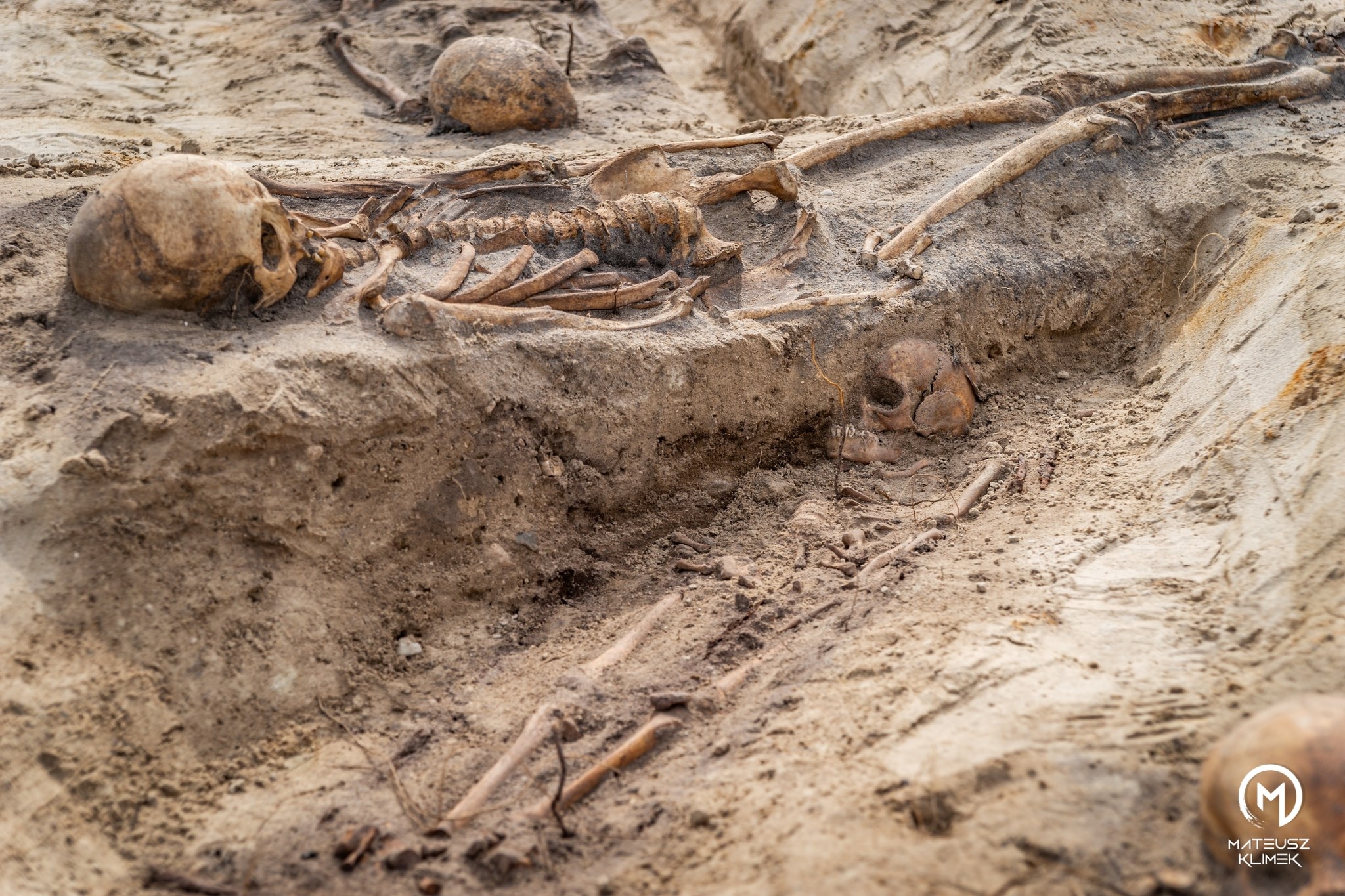 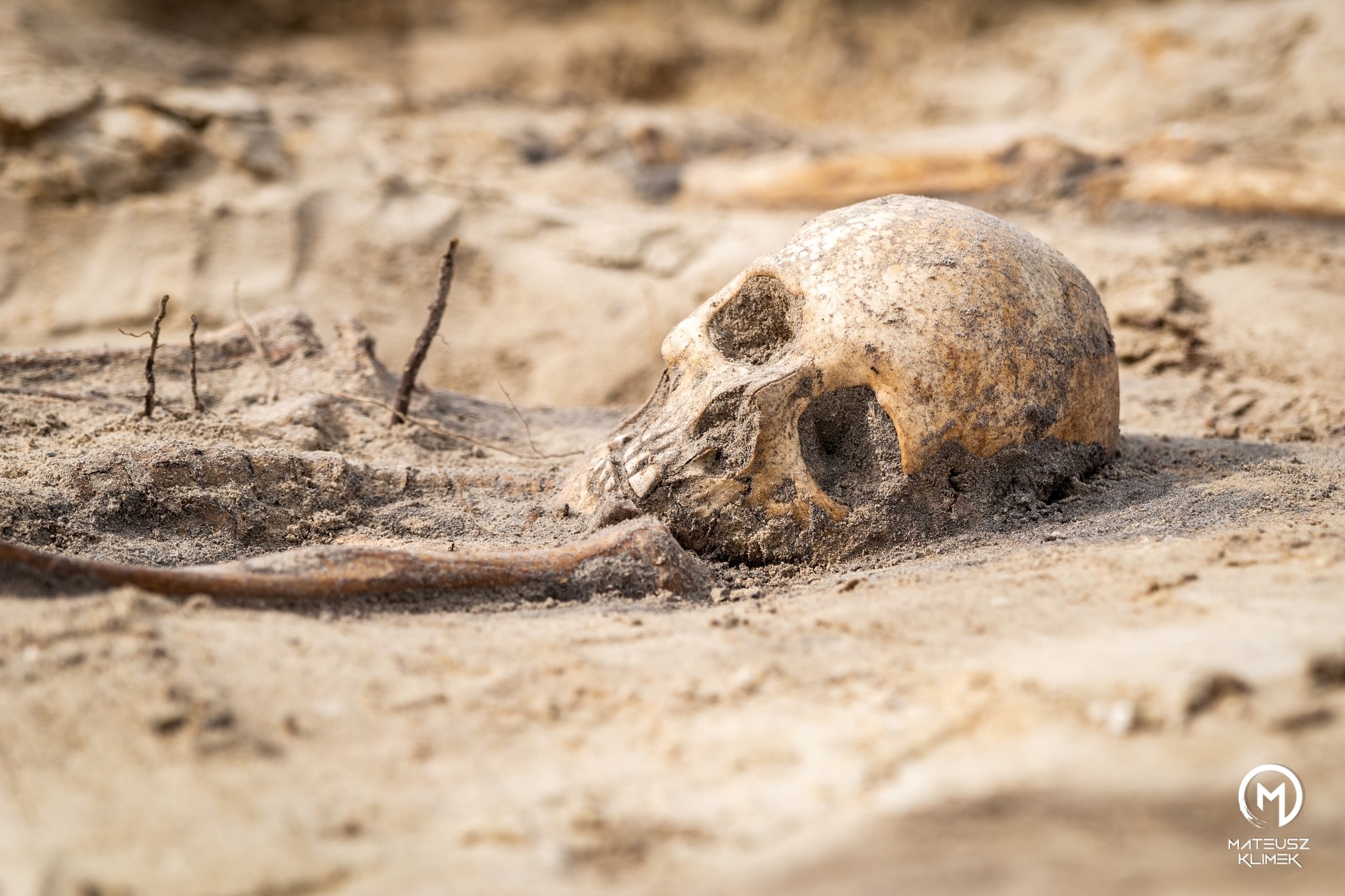 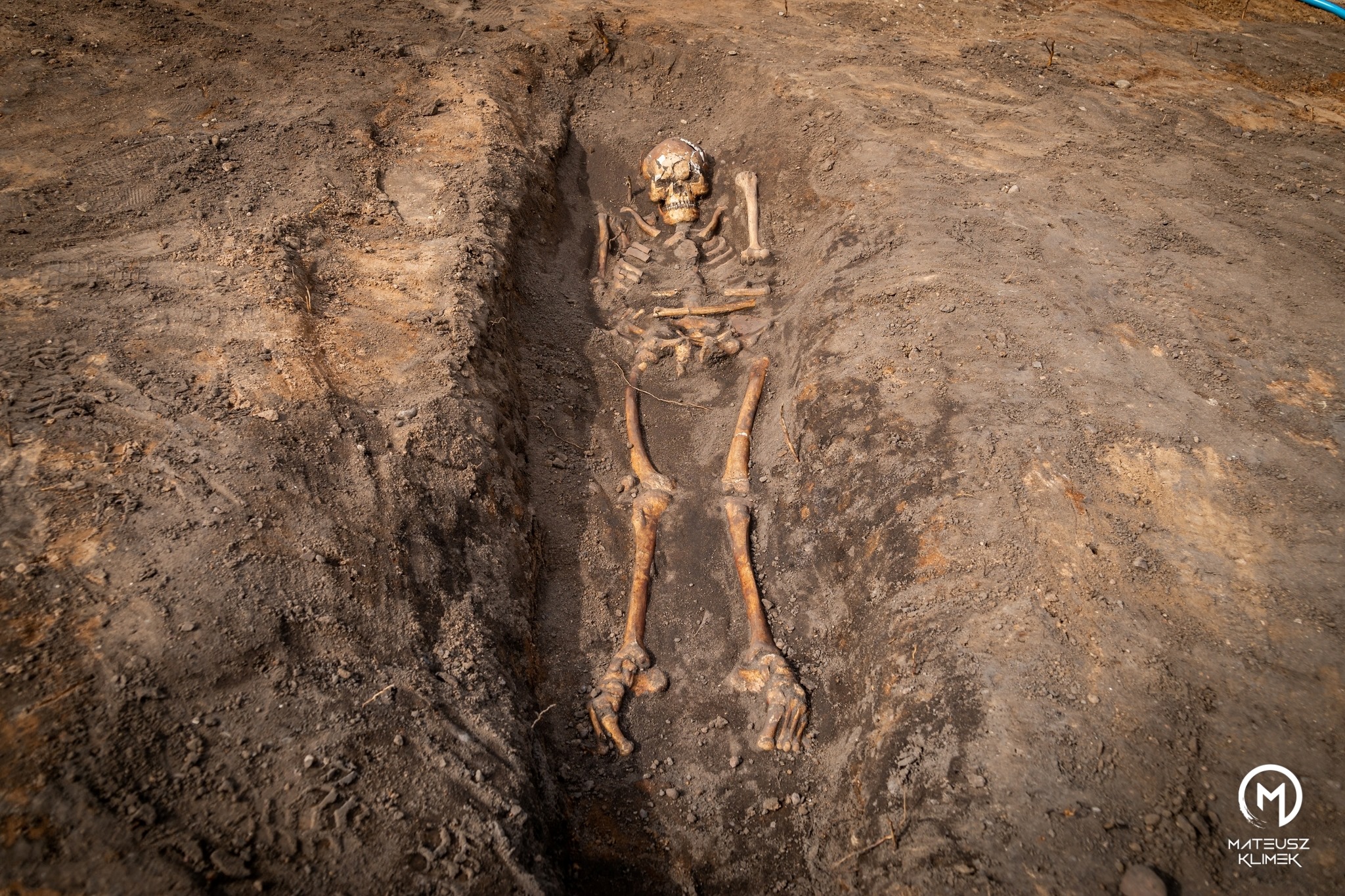 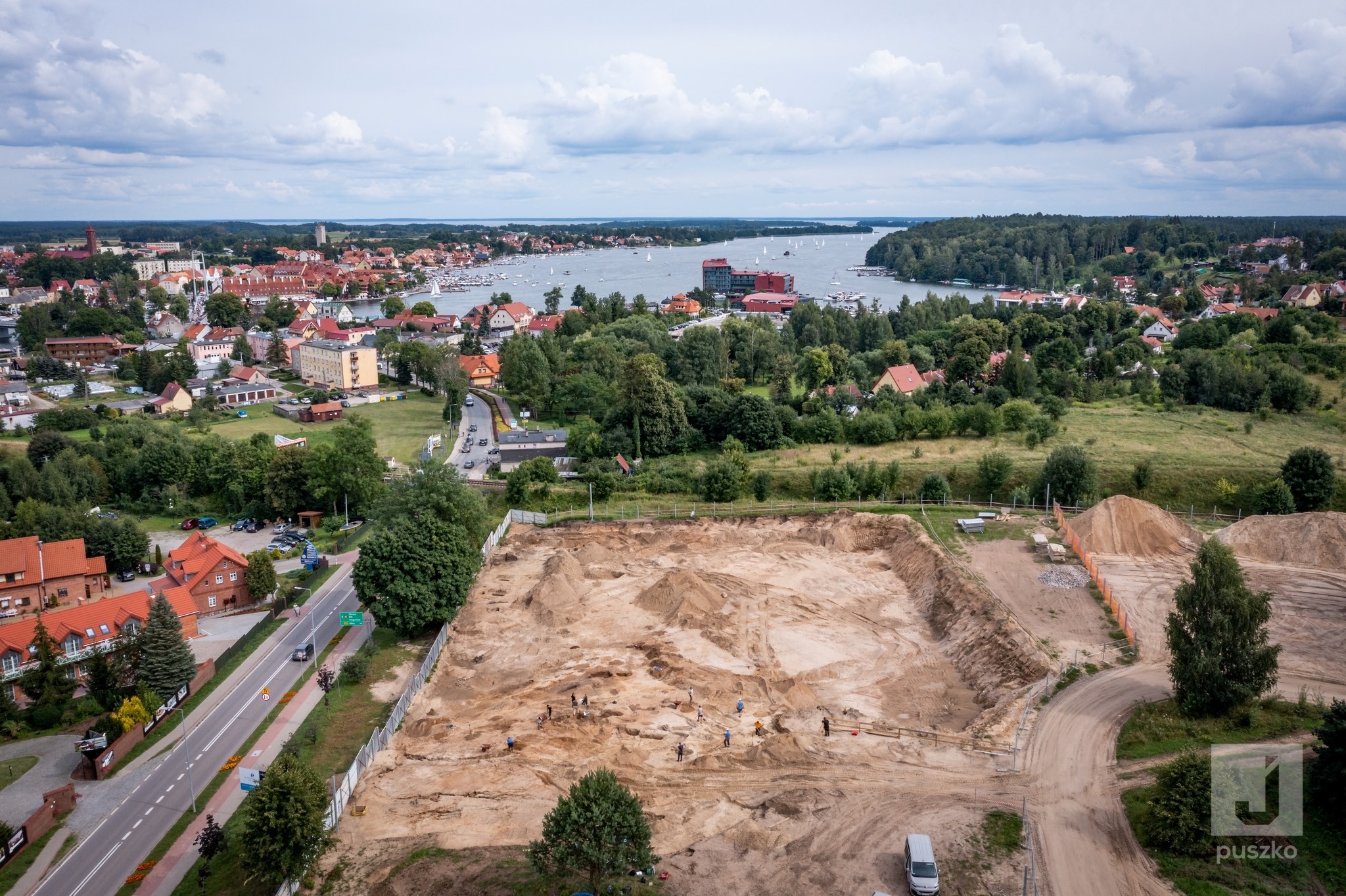 So far the remains of 100 people have been uncovered in 60 graves.Jarosław Puszko

“Everything points to the fact that we have uncovered that place.

“Many graves conceal whole families – both adults and children.” 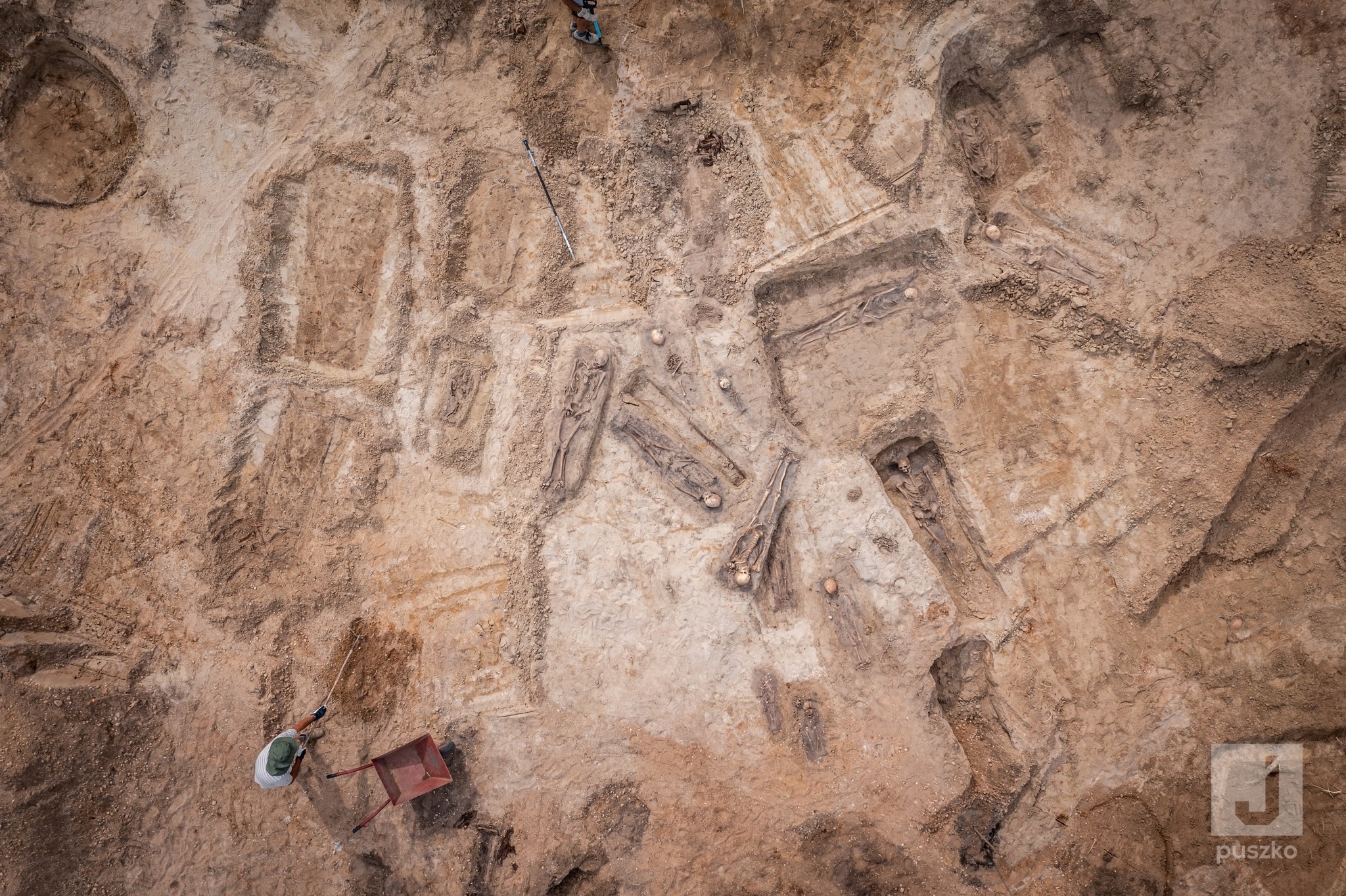 Archaeologists say that many of the graves “conceal whole families – both adults and children.”Jarosław Puszko

So far the remains of 100 people have been uncovered in 60 graves.

Known as the Great Northern War plague of 1700–1721, the epidemic swept across what is now northern Poland and other parts of Central Eastern Europe killing hundreds of thousands. 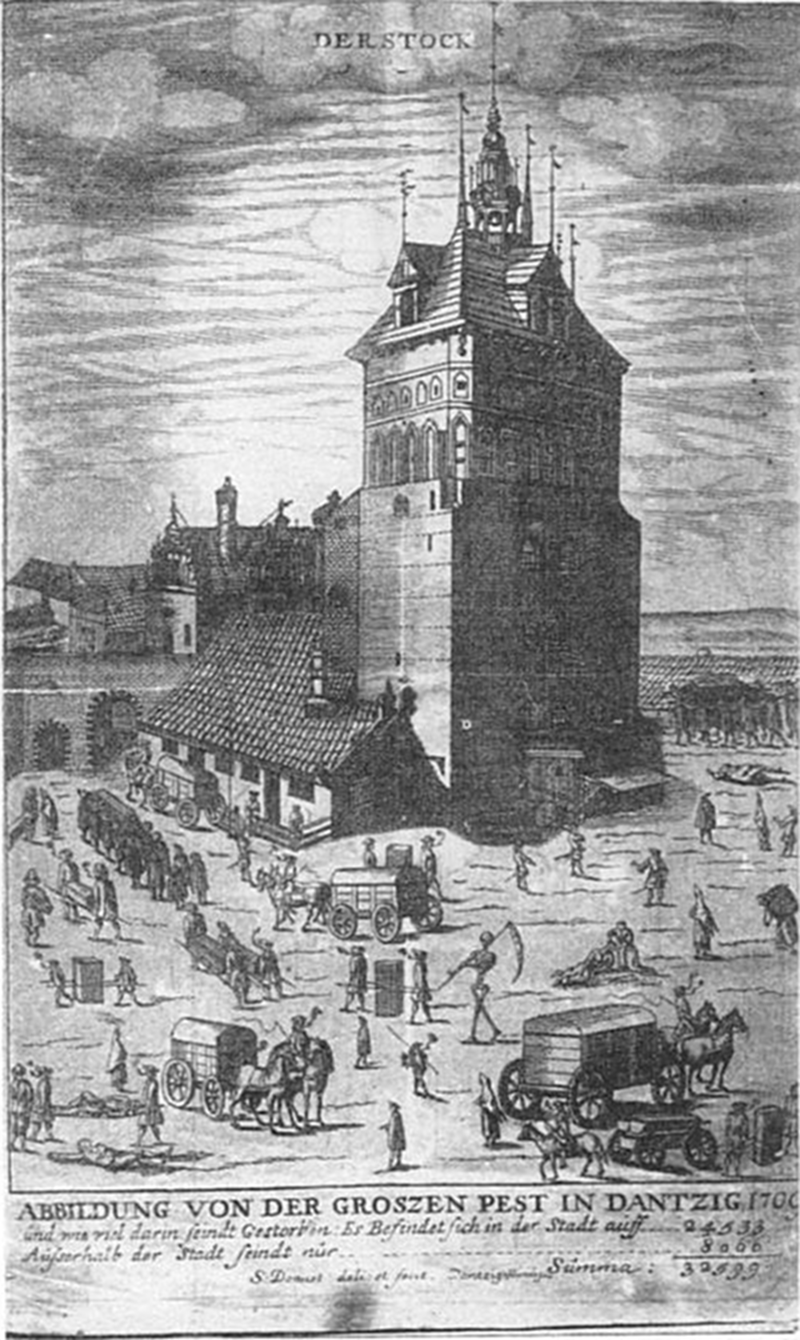 By the time the plague had faded out by December 1709 in the then city of Danzig,  around half of its inhabitants had ben killed.Public domain

After the plague, near to the graves of victims, further dead were buried and burials could have taken place there until the start of the 19th century.

In these graves, archaeologists uncovered items such as buttons.

Joanna Sobolewska, director of the Department for the Protection of Monuments in Olsztyn said that the uncovered human remains would be subjected to tests and anthropological analysis and after the end of tests, they would probably be buried in a communal grave. “The issue of the exact burial place is a question for the future”, she said. 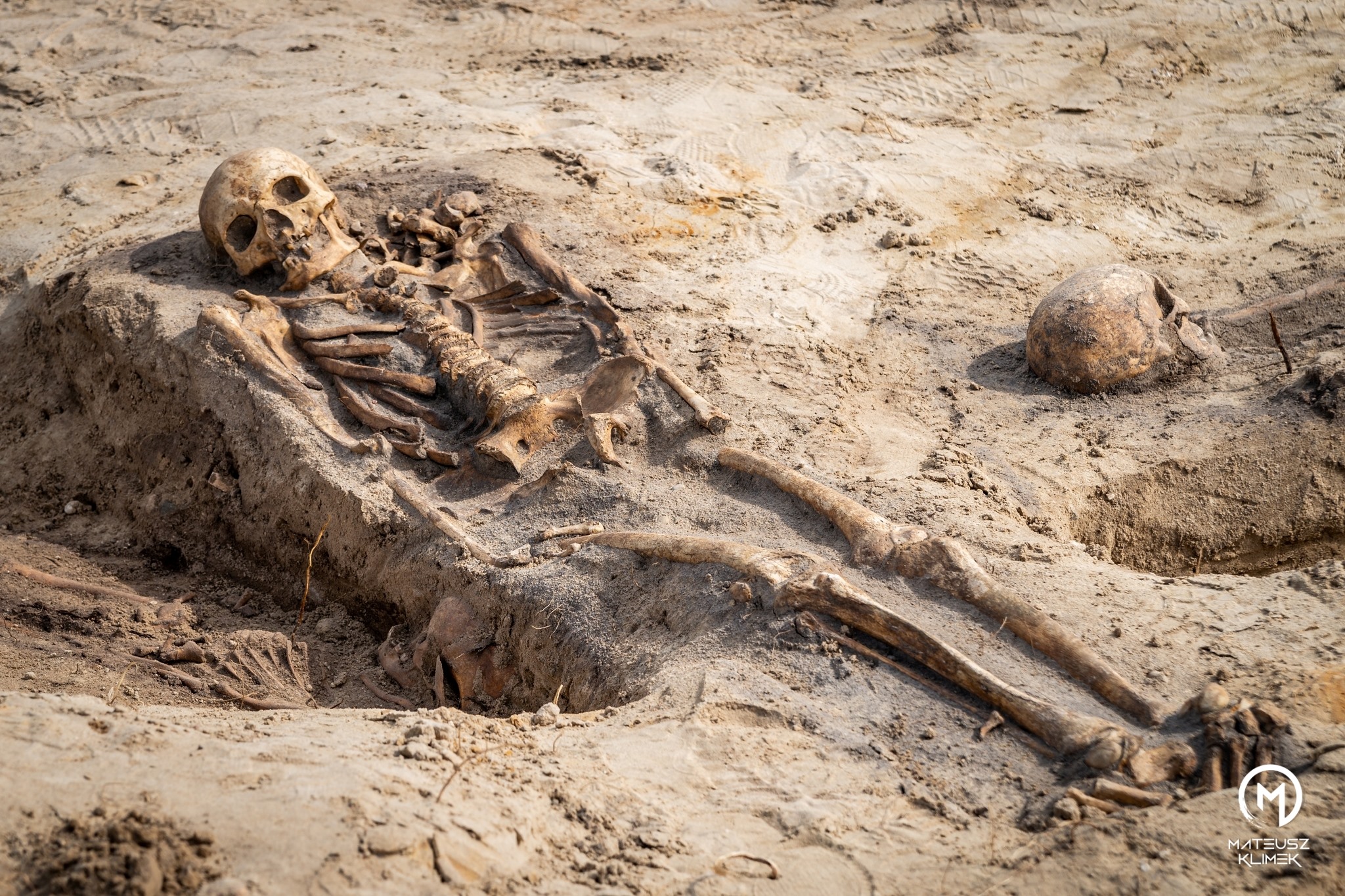 The human remains will now be subjected to tests and anthropological analysis before being buried in a communal grave.Mateusz Klimek

The site also concealed the remains of a Neolithic settlement and during works lasting several weeks, archaeologists from the Dajna Foundation in the name of Jerzy Okulicz-Kozaryn, discovered remains from the Roman period.

Archaeologists think it is possible that the site was chosen for a settlement due to its proximity to a lake on one side and flat terrain on the other and according to estimates, the settlement could have occupied an area of 30-50 acres.

The Dajna Foundation’s Jaremek said: “Among the artefacts which we found are elements of ceramic plates as well as a blue glass bead.”