Mass burial in Warsaw for 22 soldiers murdered by the communists

Twenty-two soldiers murdered by the communist authorities were buried in Warsaw's Powązki Military Cemetery on Sunday with military honours.

The soldiers, who served in various formations of Poland’s wartime underground armies and resistance, were seen by the Soviet-installed communist regime as threats to their rule. 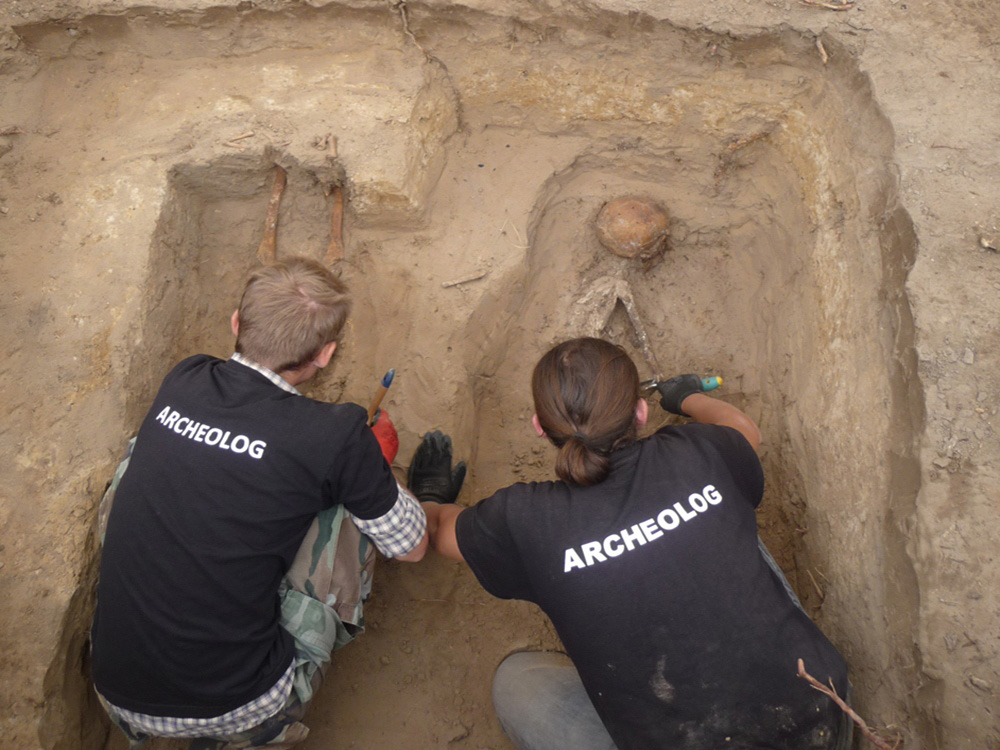 The excavated remains were subjected to DNA testing and the results were matched against genetic data collected in the Polish Genetic Database of Victims of Totalitarianism.Institute of National Remembrance

They were tortured and murdered in the notorious Mokotów prison, and their bodies were buried in unmarked graves in a section of the military cemetery known as the Meadow.

As a result of painstaking detective and archaeological work carried out by the Institute of National Remembrance in 2012-17, their bodies were discovered, exhumed and identified. 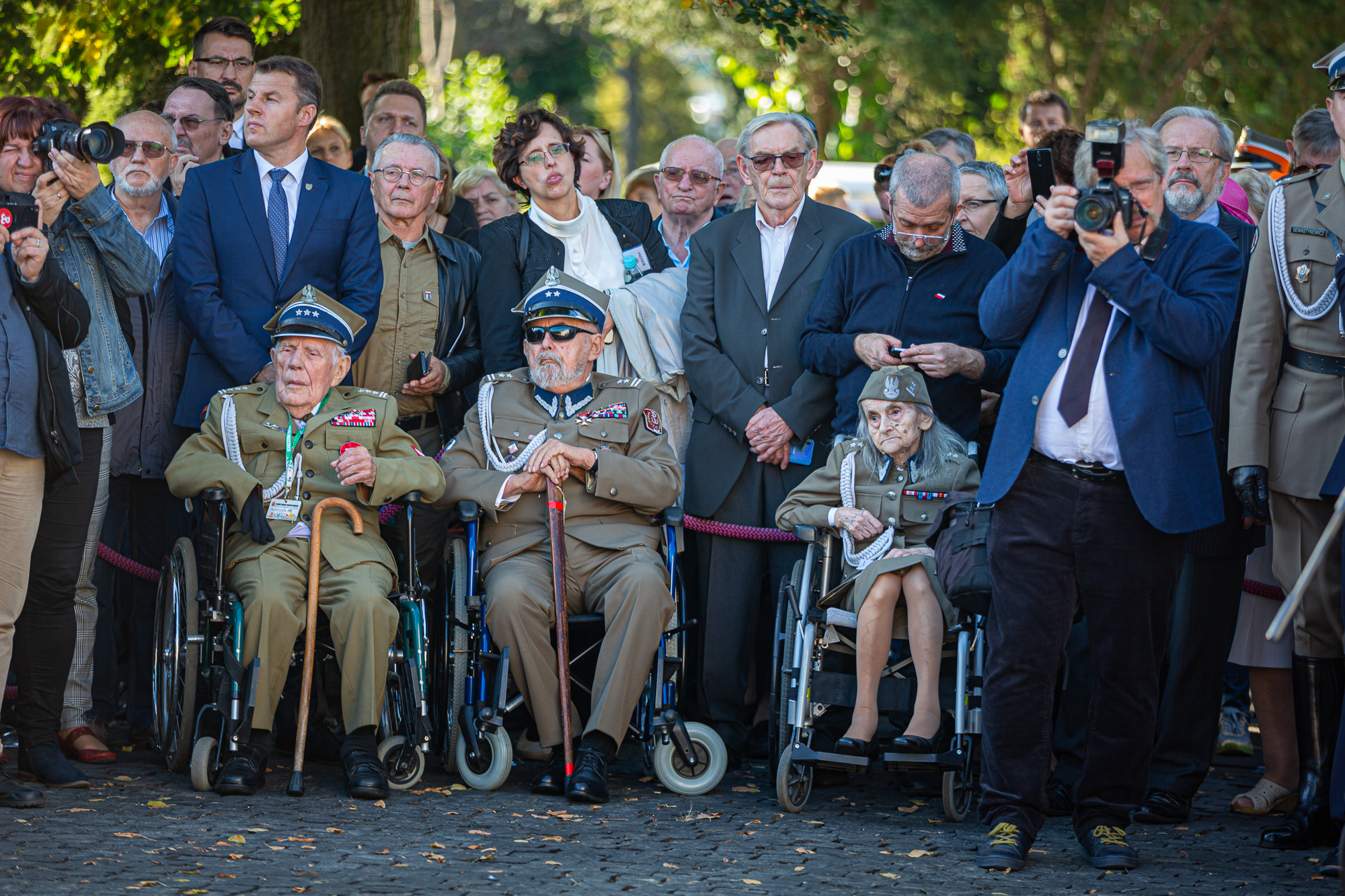 Veterans and relatives of the victims attended the ceremony.Kalbar/TFN

In a service this afternoon, they were reburied in the same section of the military cemetery where their murderers dumped them.

This time, though, they were placed in a mausoleum specially built to honour the memories of the Unbroken Soldiers, those who continued to fight for an independent Poland after the start of the Soviet Union’s 44-year occupation. 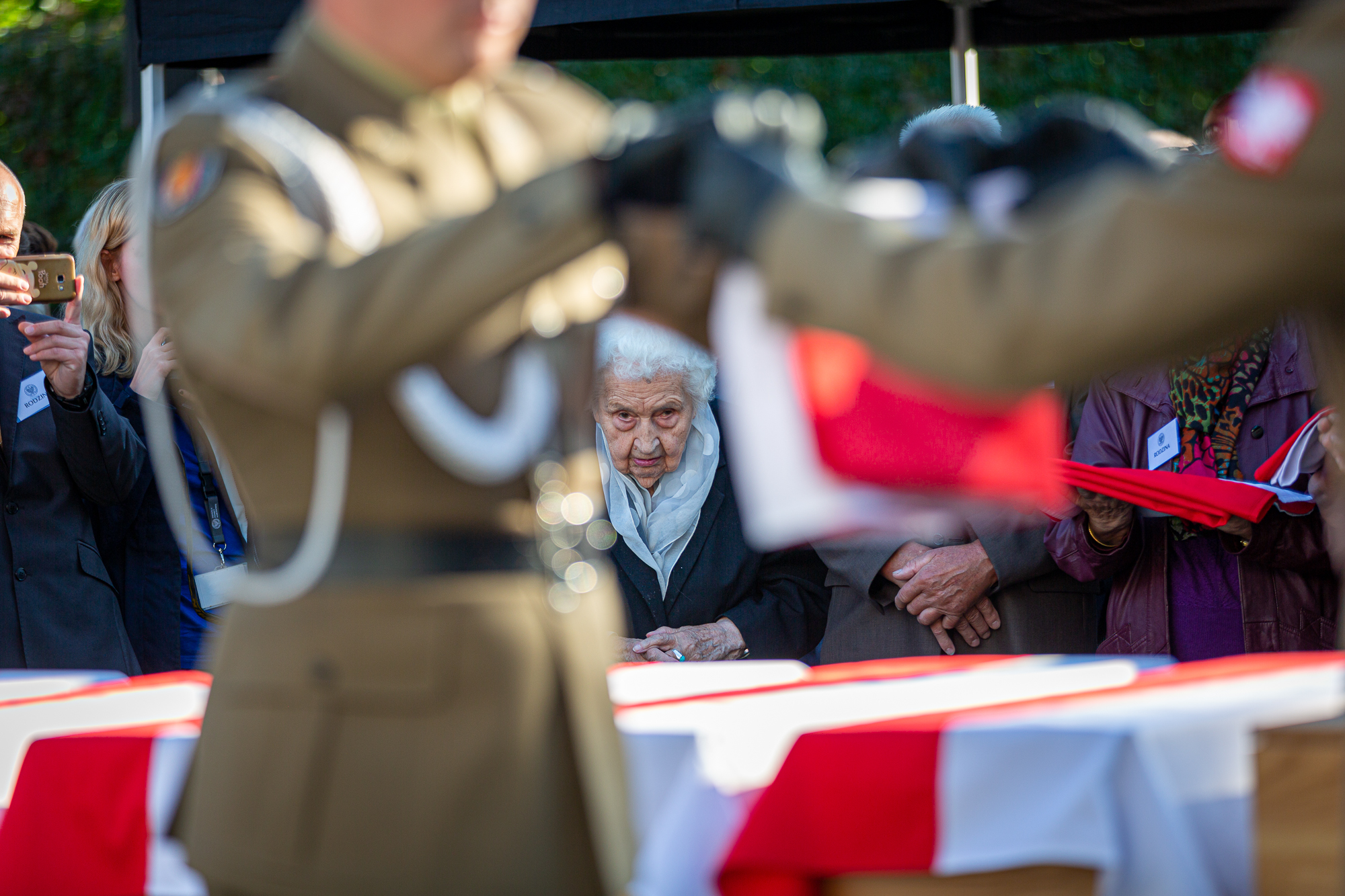 The funerals were attended by the family member sof the victims, as well as representatives of the state and patriotic organisations.Kalbar/TFN

The Pantheon Mausoleum of the Cursed and Unbroken Soldiers was unveiled four years ago when the first state funeral for victims of communist terror found at the Meadow took place.

Now though, the Institute of National Remembrance has announced that the mausoleum will be replaced after criticism that it resembles a bank of luggage lockers, that it is too modest and the remains of victims have to squeezed into unbefitting small cavities. 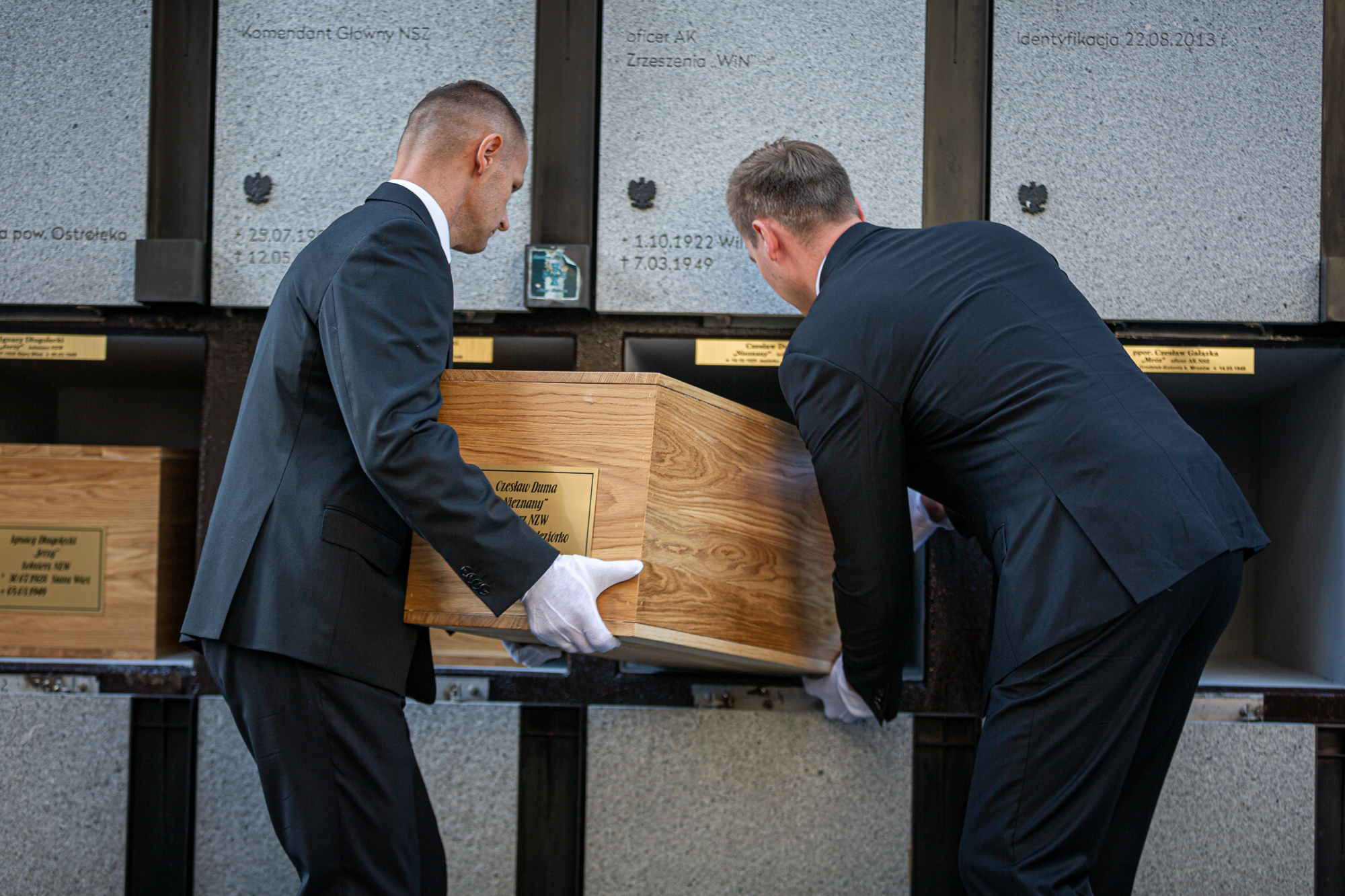 The Pantheon Mausoleum of the Cursed and Unbroken Soldiers was unveiled four years ago when the first state funeral for victims of communist terror found at the Meadow took place.Kalbar/TFN

The state funeral ceremonies started with Holy Mass in the Polish Army Field Cathedral in Warsaw’s New Town, attended by members of the victims’ families, including the daughter of Witold Pilecki, as well as representatives of the state and patriotic organisations.

After this, the procession snaked its way through northern Warsaw, to reach the Powązki cemetery complex, where the soldiers’ remains were interred, accompanied by an honour guard and a military orchestra. 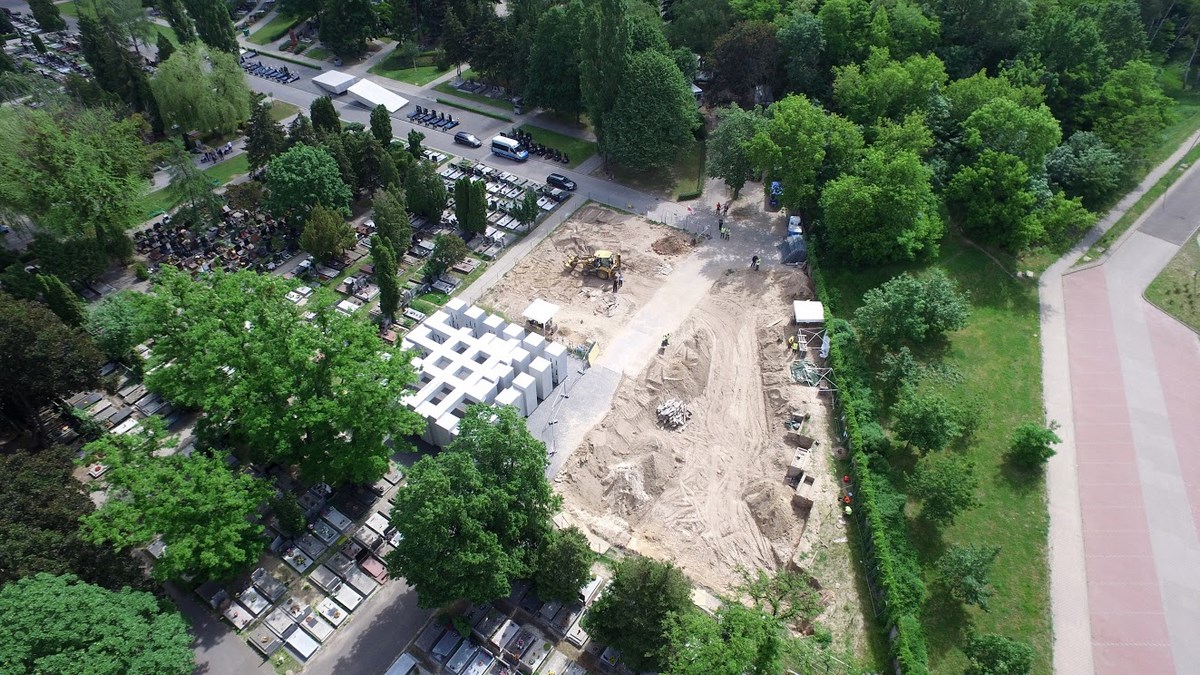 The communists turned the site into a composting plant, then a rubbish tip. In the 1980s, it was used to bury Communist Pparty dignitaries, including those who had been involved in the murders.Institute of National Remembrance

In a letter read out to those gathered, Prime Minister Mateusz Morawiecki said: “The dignified burial of the heroes of our freedom, victims of communism, is the symbolic end of the road of these patriots, murdered because they remained faithful to our homeland. 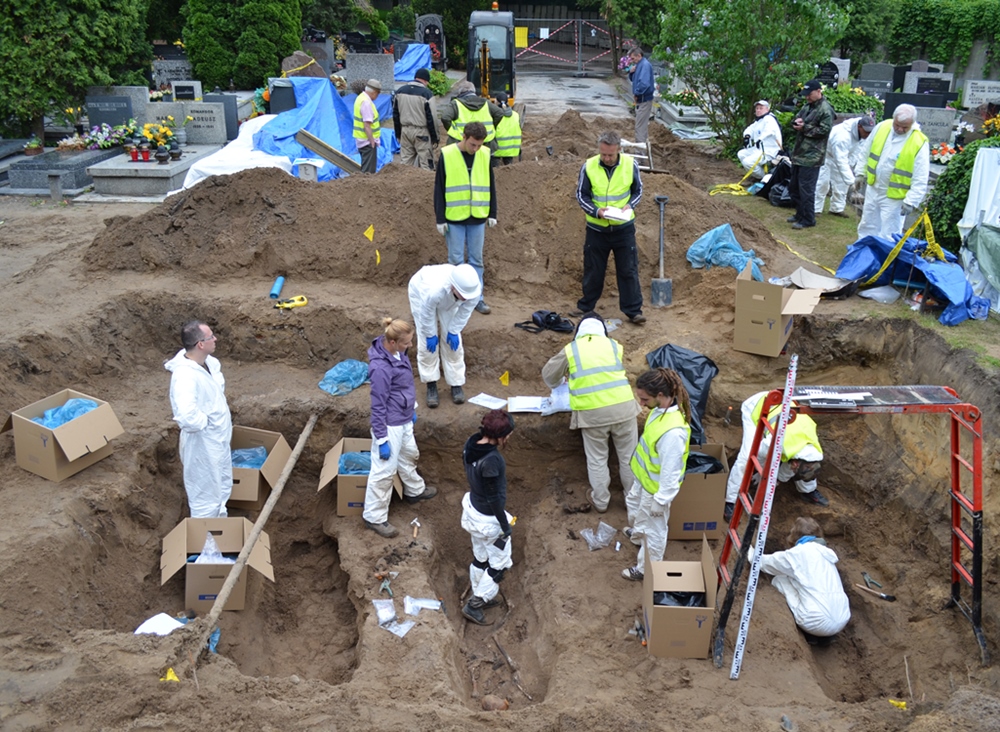 The excavations retrieved over 1,000 bones belonging to an estimated 300 individuals.Institute of National Remembrance

The 22 victims of communist terror either served in underground partisan armies, such the Home Army, National Armed Forces and Freedom and Independence, or they served in Polish forces abroad during the WWII or were involved in the anti-communist underground after the war.

Among them was Lieutenant Bronisław Chajęcki, a soldier of the Polish Army and the Home Army, who received Poland’s highest military honour, the Virtuti Militari. 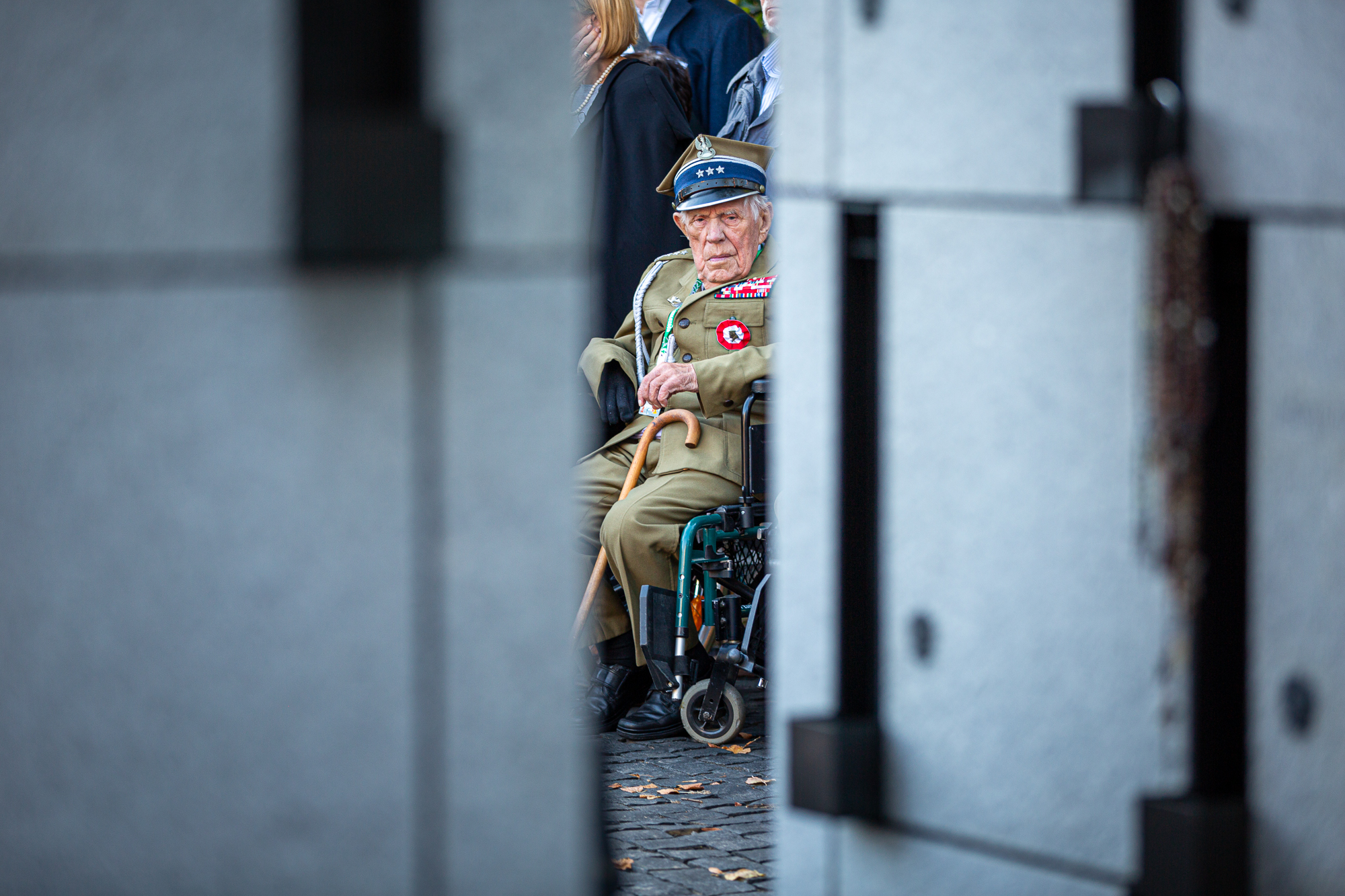 After fighting in the Warsaw Uprising as a battalion commander, he was taken prisoner by the Germans, though he escaped and joined a partisan group.

Despite serving in the Polish People’s Army after the war, he was arrested in 1948 by the communist secret police and interrogated, during which his fingers were crushed in a safe door. 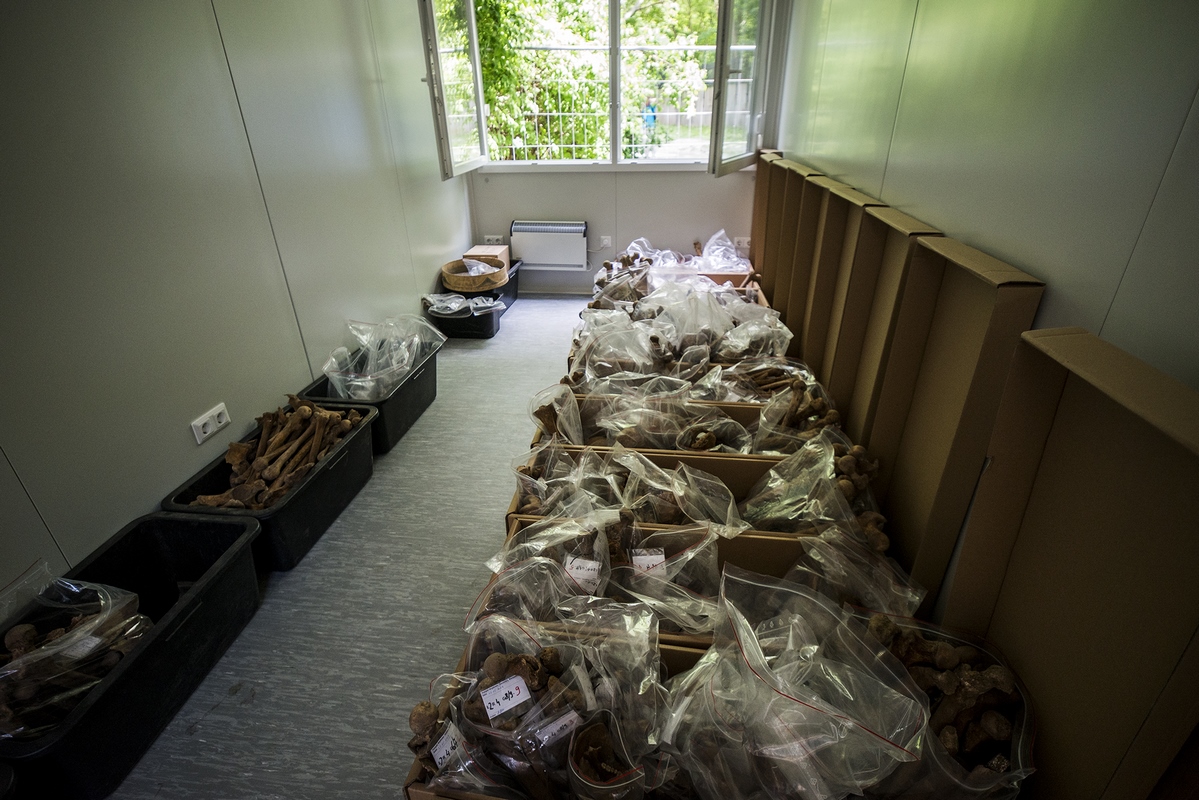 Although the project aims to restore the memory and dignity of all the victims of this period of communist terror, there are huge expectations that the remains of perhaps Poland’s greatest wartime hero Witold Pilecki will be found.Institute of National Remembrance

He was sentenced to death in 1952, and was executed in Mokotów prison a year later. His body was discovered in the Meadow during exhumation work in 2013.

It is estimated that the total number of victims of communist crimes in Poland after the war is around 50,000. Many of these people were murdered by the secret police with a shot to the back of the heard and buried in unmarked graves all around the country. 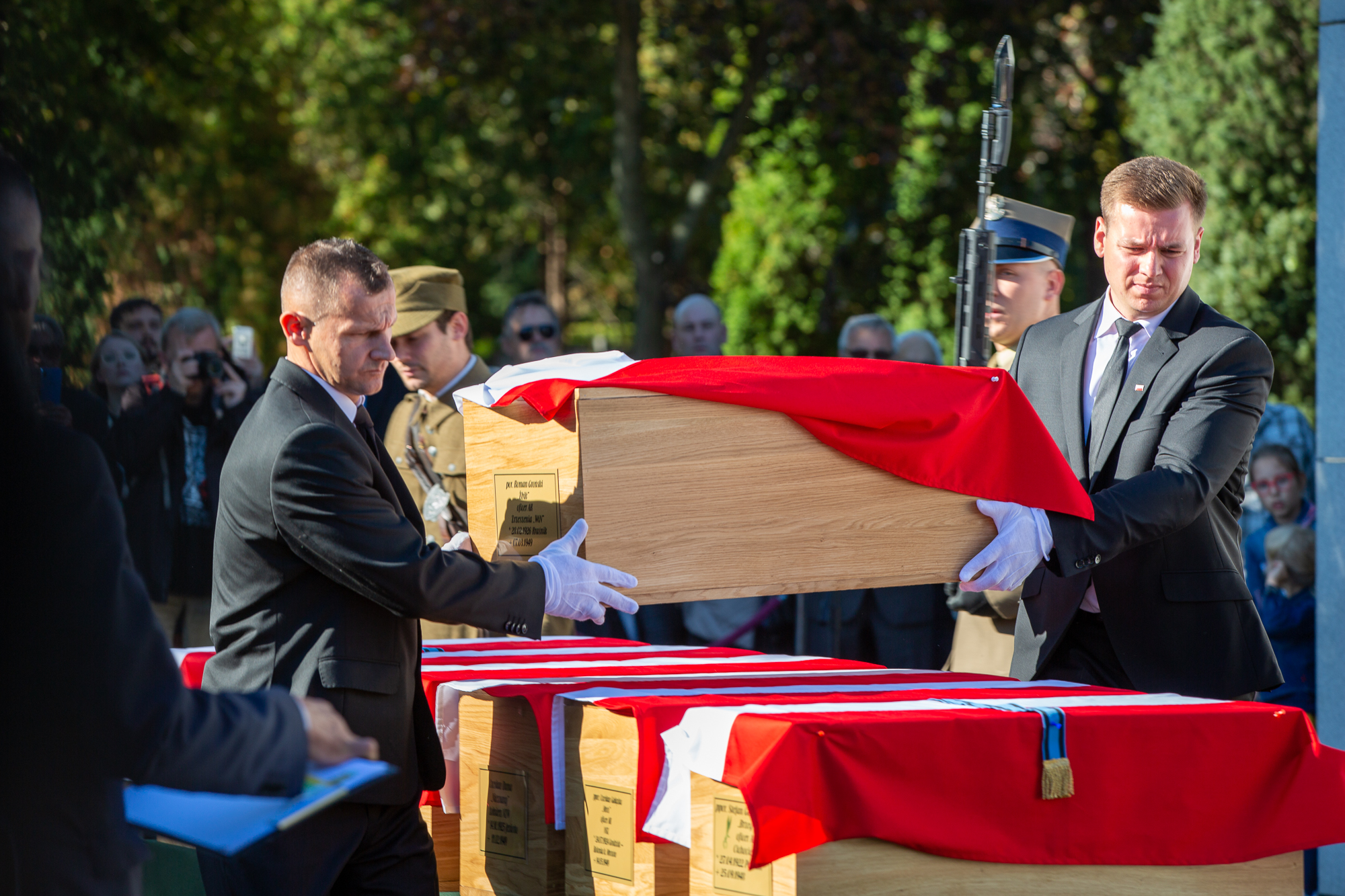 Estimates put the number of victims of communist crimes as high as 50,000.Kalbar/TFN

The Meadow in Warsaw is just one burial site, though a large and important one.

After Stalin’s death in 1953 and a slowdown in the intensity of communist repression, the authorities set about covering up their crimes. At the military cemetery in Warsaw, the graves were covered with a metre-deep layer of soil and rubble. 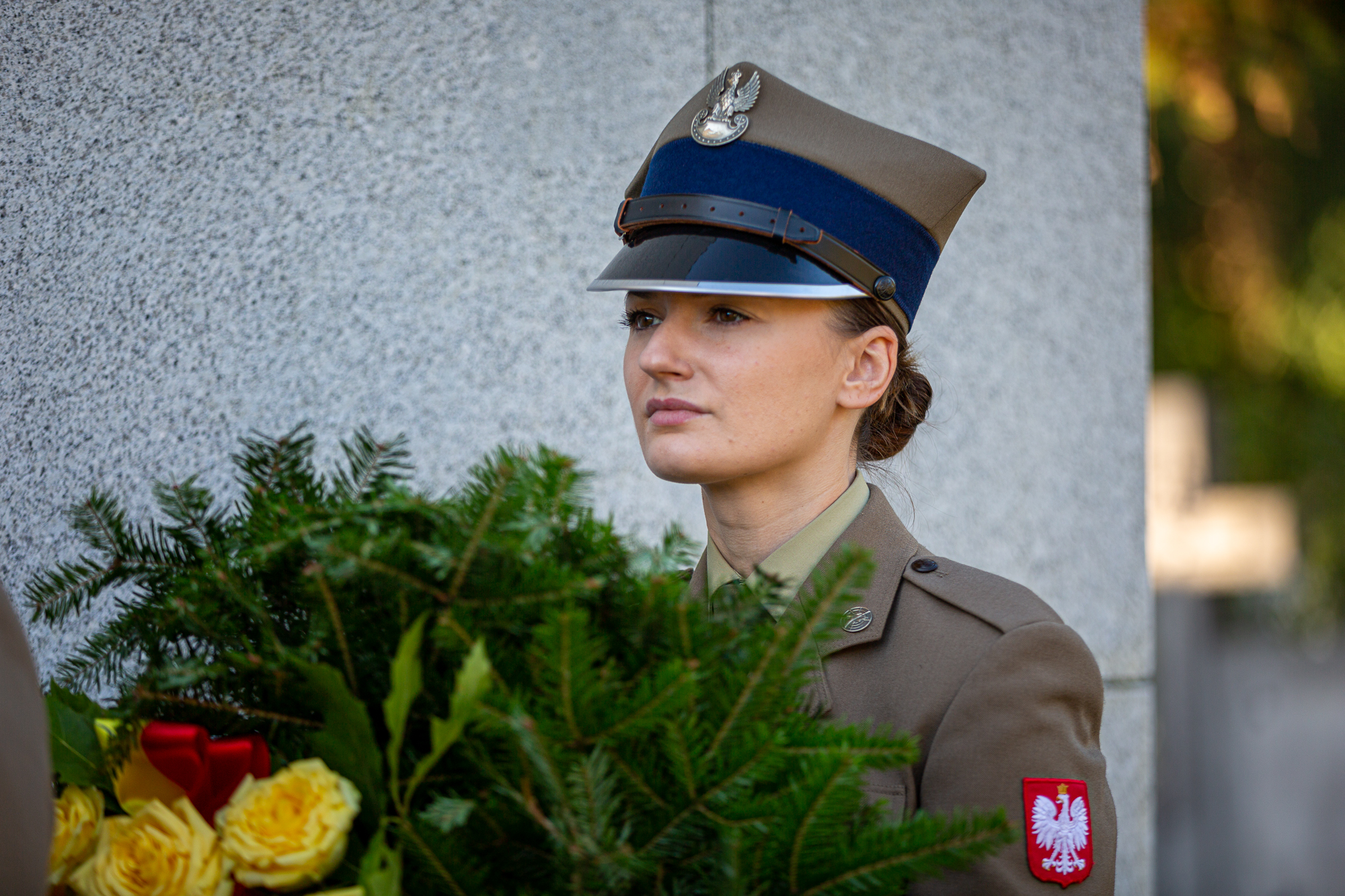 The soldiers, who served in various formations of Poland’s wartime underground armies and resistance, were seen by the Soviet-installed communist regime as threats to their rule.Kalbar/TFN

Exhumations at the site started in July 2012 and carried on until 2017. The project to find and identify the victims on the Meadow involved anthropologists, archaeologists, geneticists and forensic scientists.

The excavated remains were subjected to DNA testing and the results were matched against genetic data collected in the Polish Genetic Database of Victims of Totalitarianism. 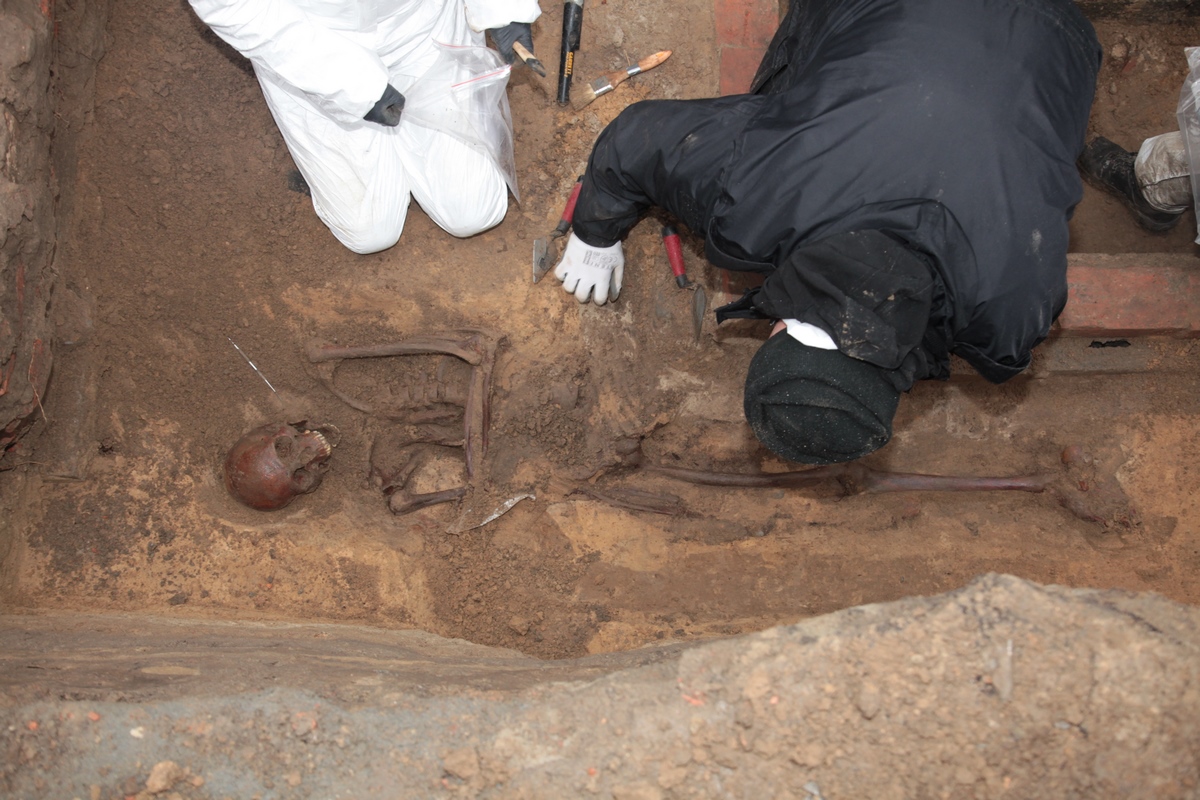 The communist authorities went to great lengths to try and make sure the bodies were never found.Institute of National Remembrance

More than a thousand bones were discovered that belong to an estimated 300 people. Of these, the identities of 71 victims have been confirmed. 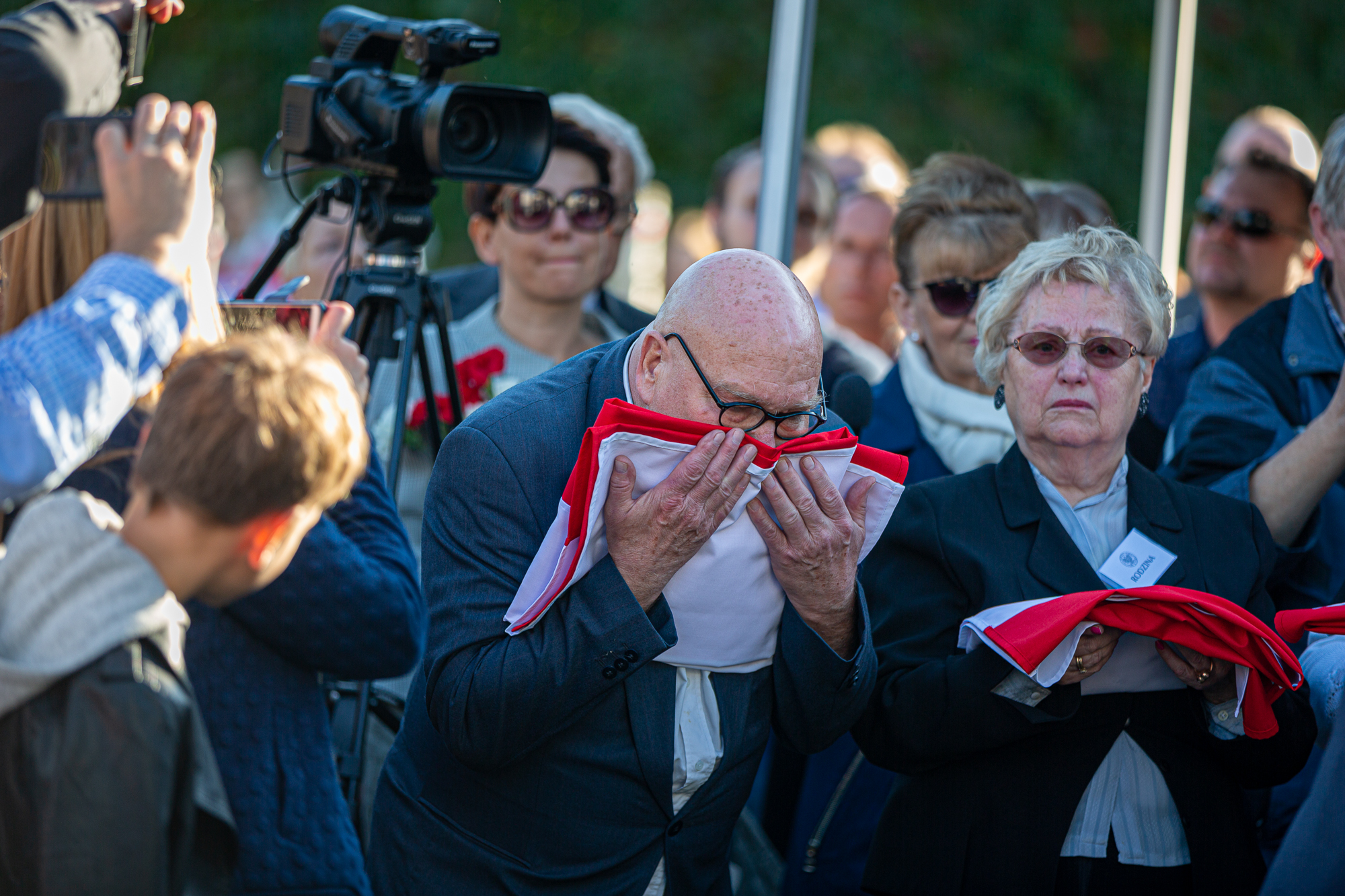 Warsaw Garrison Commader Robert Głąb handed relatives of the victims the flags that had been draped over the coffins. Kalbar/TFN

Although the project aims to restore the memory and dignity of all the victims of this period of communist terror, there are huge expectations that the remains of perhaps Poland’s greatest wartime hero Witold Pilecki will be found.

Pilecki volunteered for a mission that involved him being arrested by the Germans and sent to Auschwitz. While there he set up a secret resistance group and gathered information for the Western Allies about atrocities at the camp.

He was interrogated, tortured and murdered in Mokotów prison at the same time as many of those buried on the Meadow, and it is widely believed that his body was also buried there.