Running on the grass in his garden, Wojtek Machnik from Katowice took 13 hours to complete 8,440 laps of the tight circle.

To avoid getting dizzy, the 42-year-old changed the direction he was running in every 20 or 30 laps. 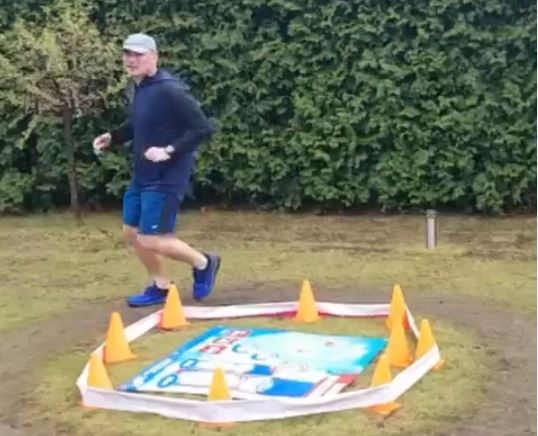 To avoid getting dizzy, the 42-year-old changed the direction he was running in every 20 or 30 laps.Wojtek Machnik/Instagram

The only breaks he took were two-minute breaks to go to the toilet.

After claiming the world record for small-space marathon running, Machnik said: “I was afraid for my labyrinth and inner ear,” referring to the part of the ear that helps control balance.

He added: “Running in such a small space was a real challenge. Nobody has ever done that.” 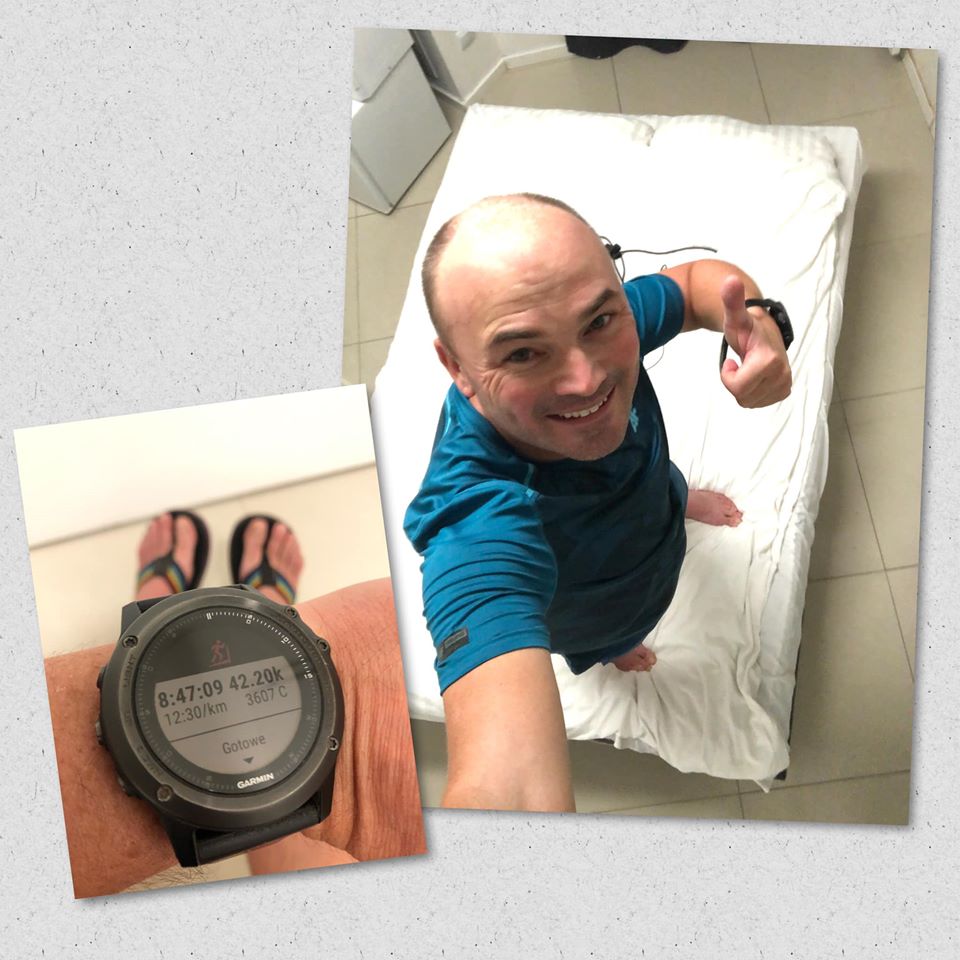 Wojtek previously ran a marathon around his bed after being stuck in quarantine following his arrival back in Poland from Yemen.Wojtek Machnik/Facebook

Machnik, who used the challenge to raise money for a nursing home and hospice near Katowice, came up with the idea after returning from Yemen on 17 March, just after the Polish authorities introduced restrictions to halt the spread of the virus.

Forced to quarantine for two weeks after entering the country, he rented a small room in Warsaw. 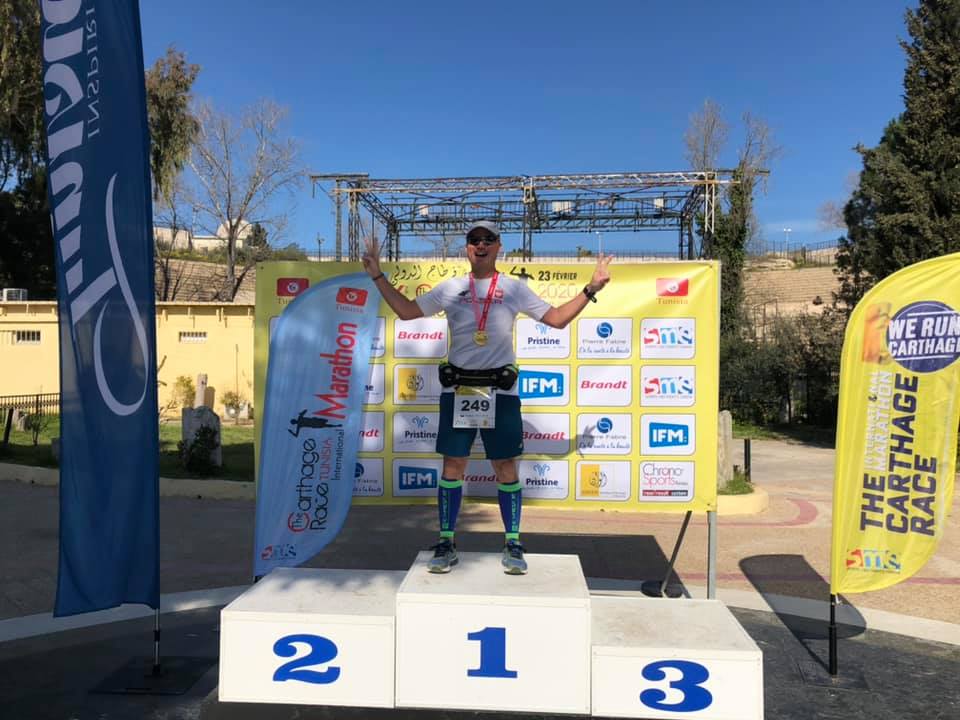 Machnik was the 26th Pole to complete all six of the world biggest marathons: Boston, Chicago, New York, Tokyo, Berlin and London.Wojtek Machnik/Facebook

There, the experienced marathon-runner did his first small-space marathon – around his bed.

So far, Wojtek has raised over 1,000 złoty (220 euros). The money will be spent on disinfectant, which is used to reduce the spread of the coronavirus.Wojtek Machnik/Facebook

After that, Machnik decided to run a marathon around the tiny loop of just 5 metres.

“Many different athletes around the world have gotten involved in the fight against COVID-19 and raised money in their own countries to support the institutions in the greatest need,” he wrote on the fundraising page, explaining why he was taking the challenge. 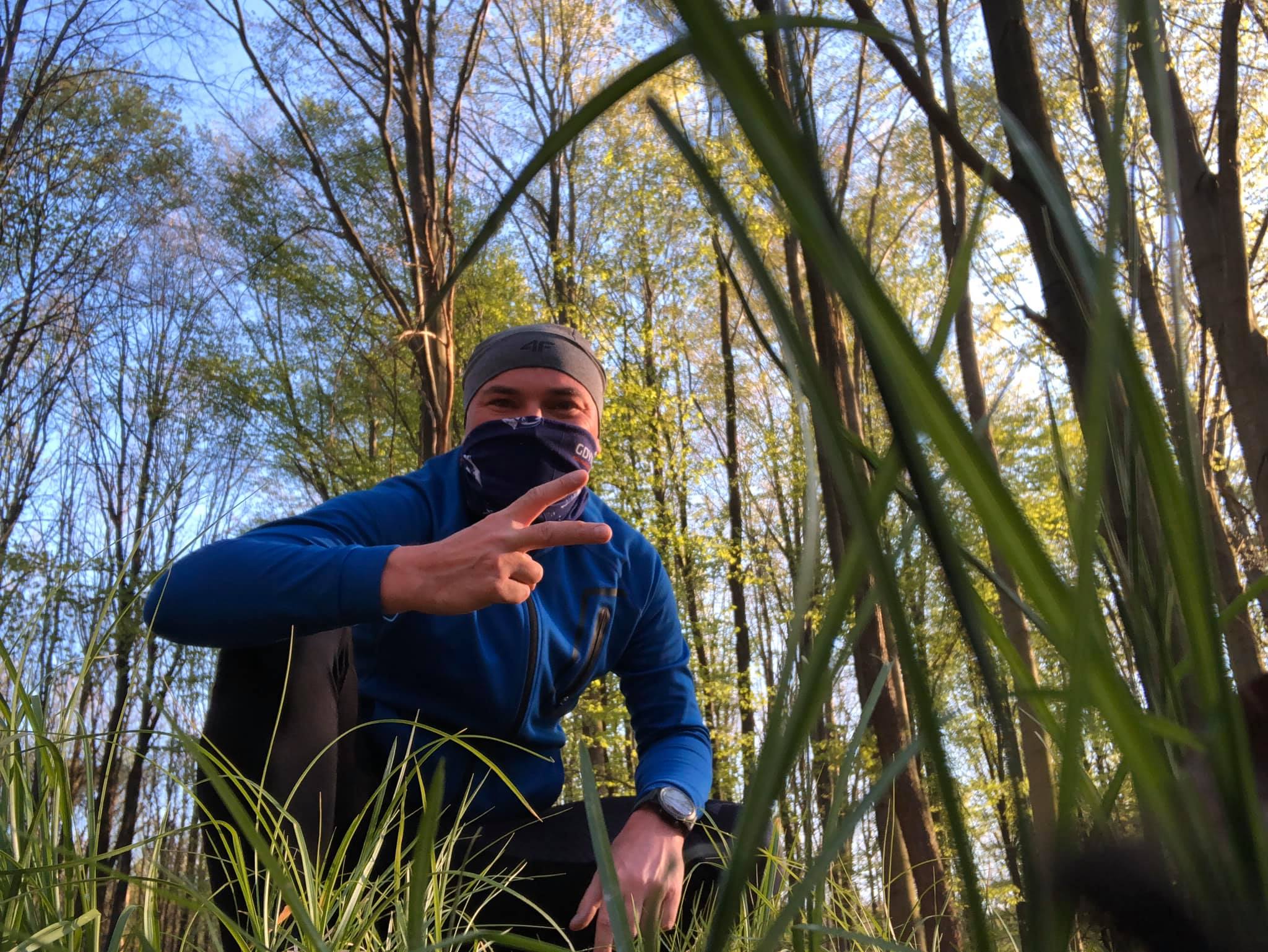 In the future, Wojtek plans to run 42.2 km in 249 countries. Next year, he intends to run that distance in Antarctica.Wojtek Machnik/Facebook

So far, he has raised over 1,000 złoty (220 euros). The money will be spent on disinfectant, which is used to reduce the spread of the coronavirus.

[Link to the fundraising page: https://zrzutka.pl/wpu6c8]

Hundreds of Poles forced into quarantine on German farm - press