Regarded as a pootling figure of fun by some and a curious relic of bygone times by others, history has not judged Polish Fiat all too kindly. Now though, Warsaw’s latest museum hopes to redress the balance by placing the often maligned brand on the pedestal it deserves.

Located in the suburban no-man’s land of Bemowo, the Muzeum Polskiego Fiata is the work of Andrzej Woźniak, an enthusiast whose collection comprises of 100 such cars. Of these, around 30 have been squashed into the museum, with the sparkling exhibits slated to rotate in the future for the enjoyment of those who visit. 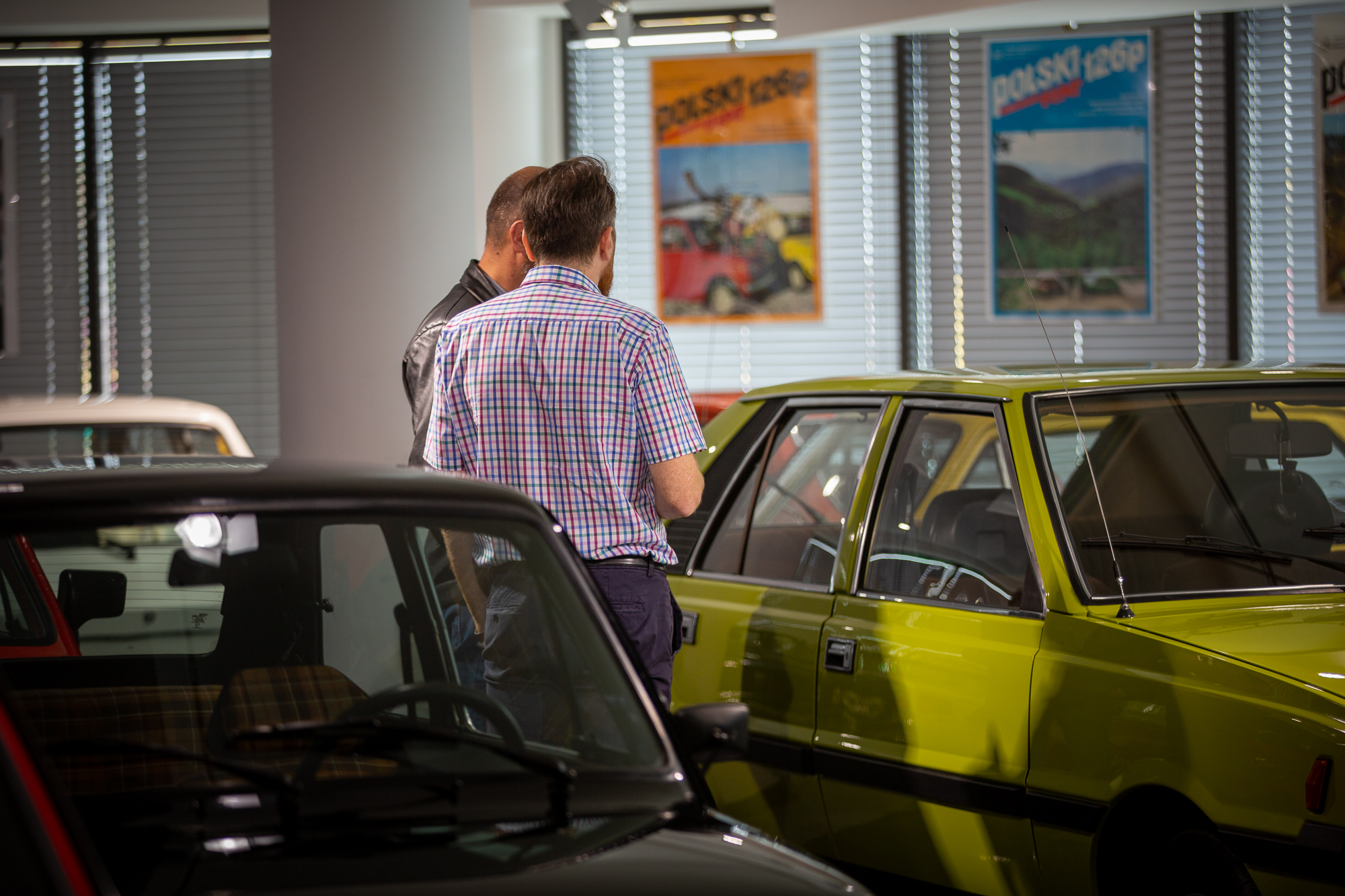 About 30 of the 100 cars in the collection are exhibited.Kalbar/TFN

“These cars,” says Andrzej, “have always worked for me – I stated building the collection around 15 years ago but from the beginning, I always had a museum in mind; I never wanted to be just a collector as I think of hording as a disease!” 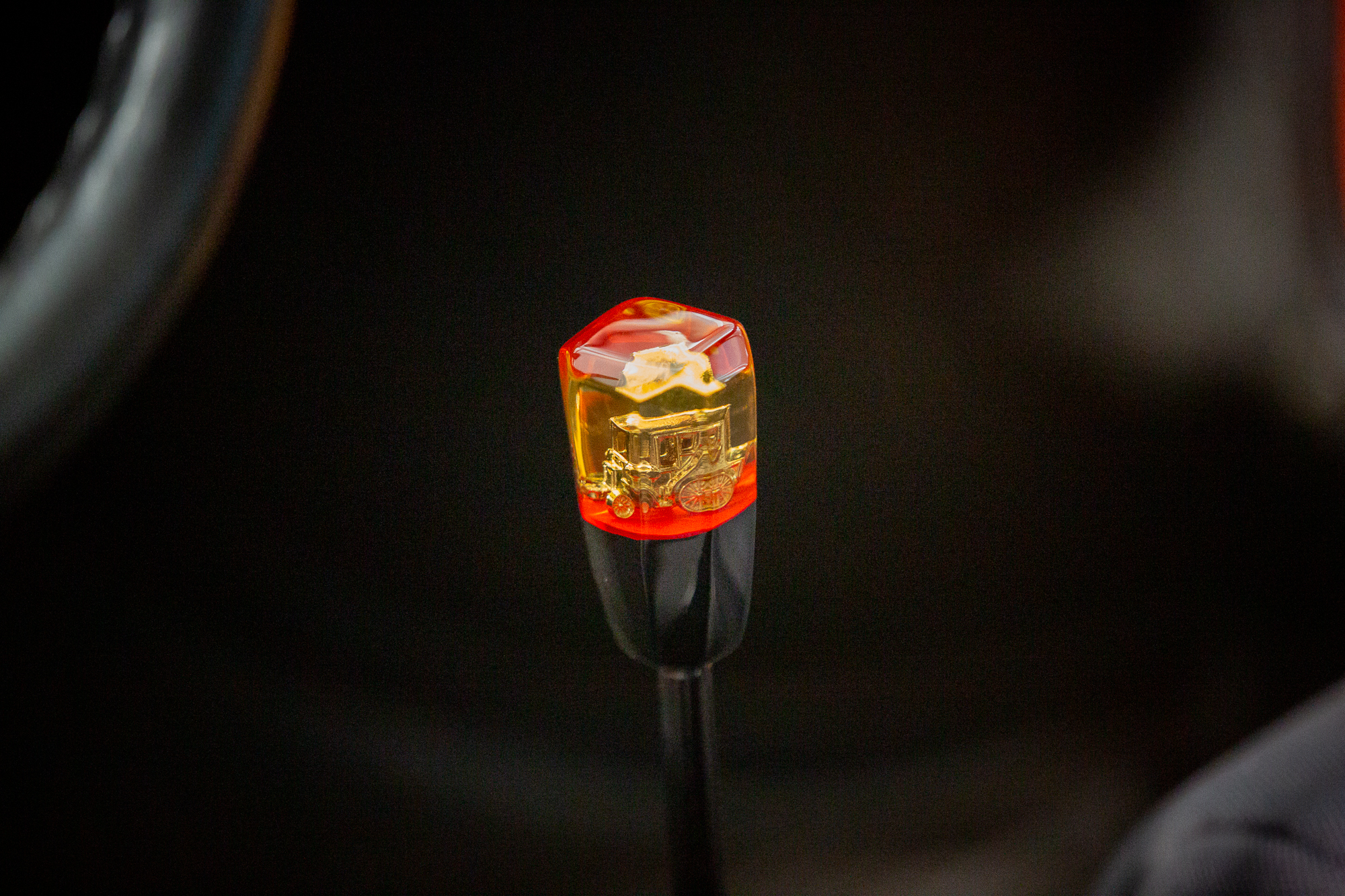 The museum has been about 15 years in the making.Kalbar/TFN

Though long in the making, the fruits of his endeavours have proved remarkable; models which many had thought had vanished forever have been amassed and lovingly tended to appear production-line fresh. 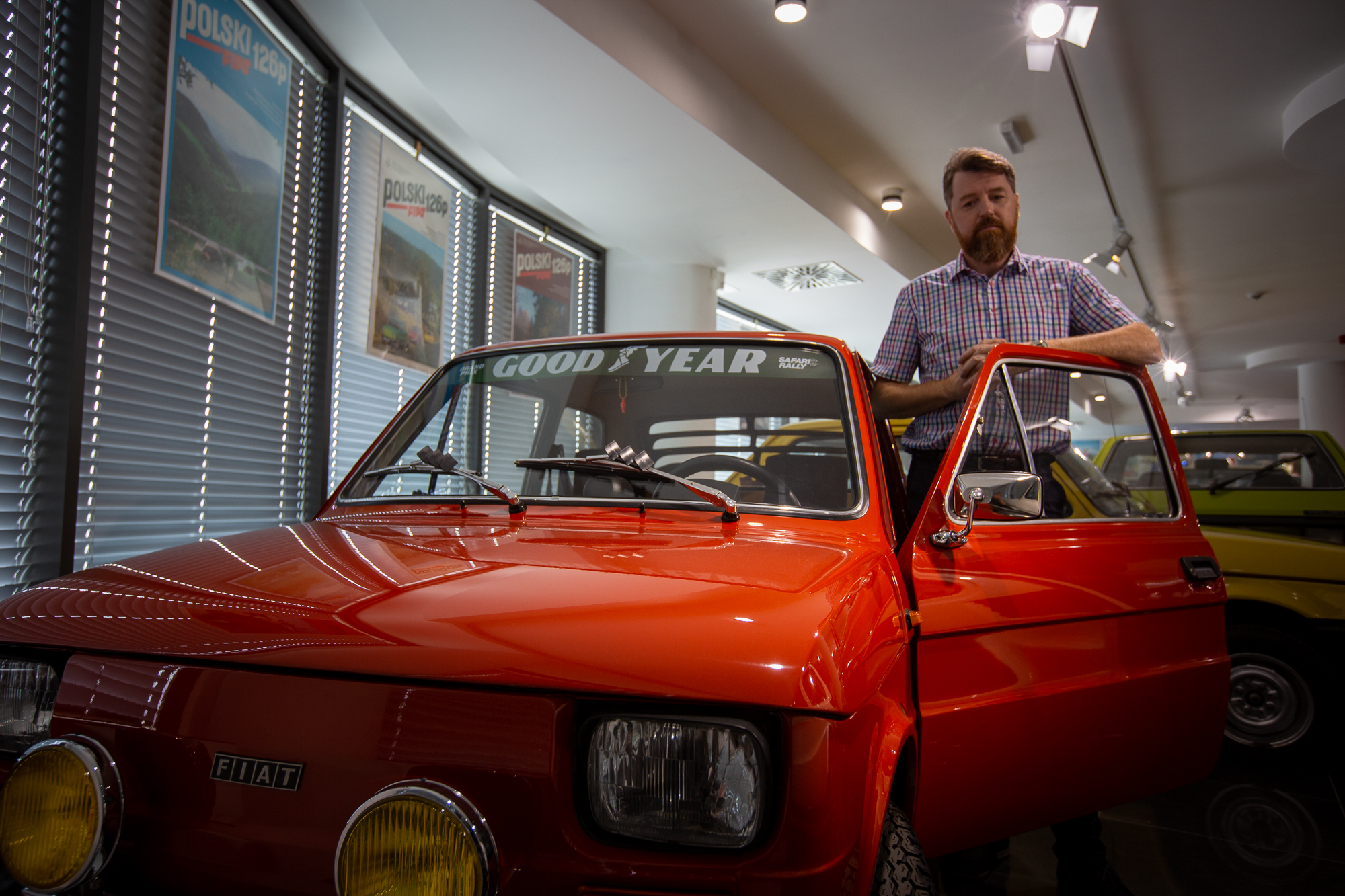 Andrzej Woźniak: the man behind the museum.Kalbar/TFN

Of these, perhaps the star of the show is a Fiat Abarth once driven in international rallies by domestic racing legend Andrzej Jaroszewicz. The son of the Polish prime minister, Piotr Jaroszewicz, he was commonly known as The Red Baron and won the 1975 European Championship in this very car. Looking sleek and sexy, it is the antithesis of the popular image of the Polish Fiat. 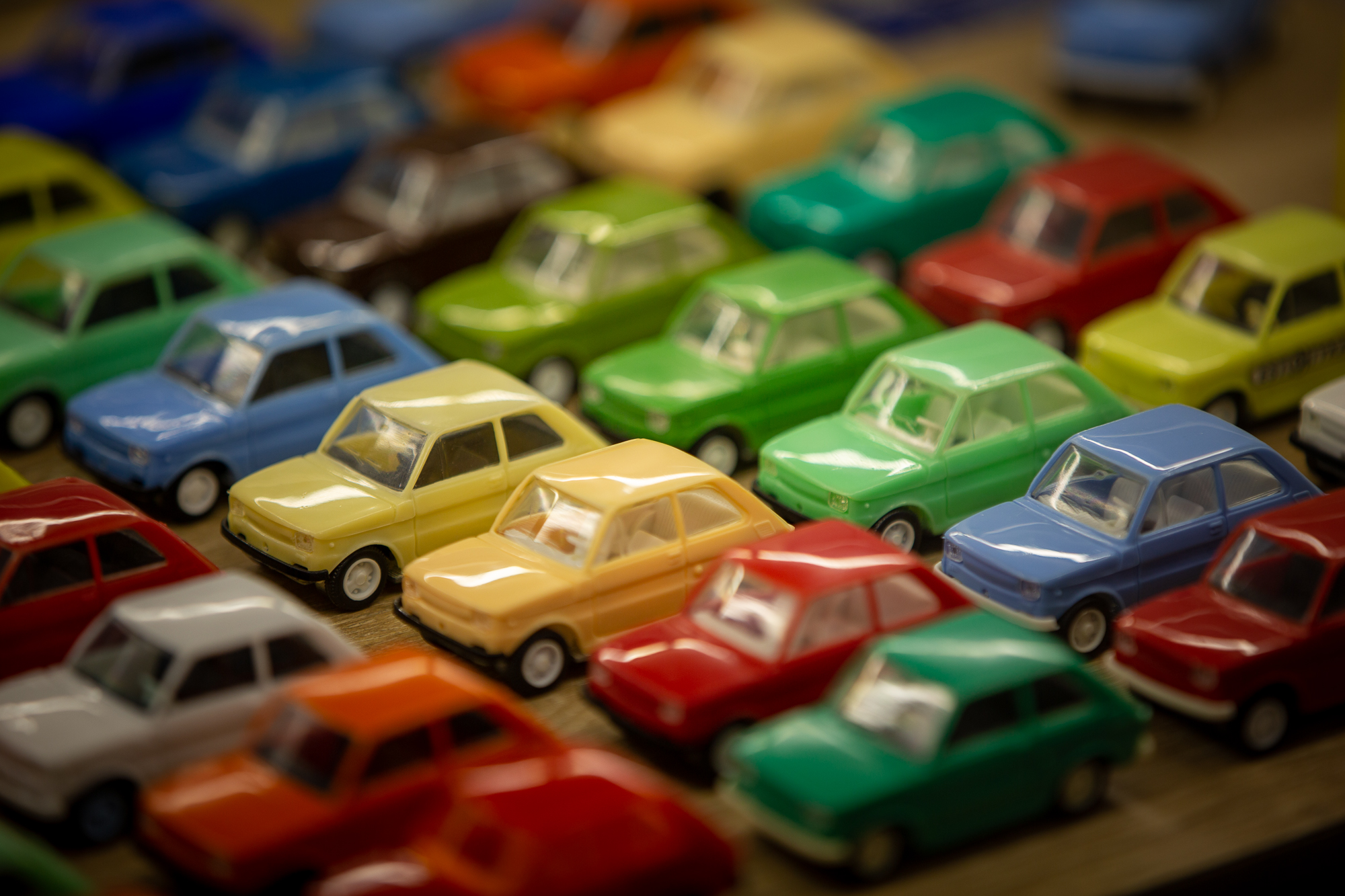 It’s not just all cars. Other bits and pieces are on display.Kalbar/TFN

But then, so too are many of the other vehicles. Glimmering like precious jewels, those expecting a heap of bangers and rust buckets are instead greeted by glossy bodywork and radiant colours: it is a sensory overload that requires a moment to adjust. 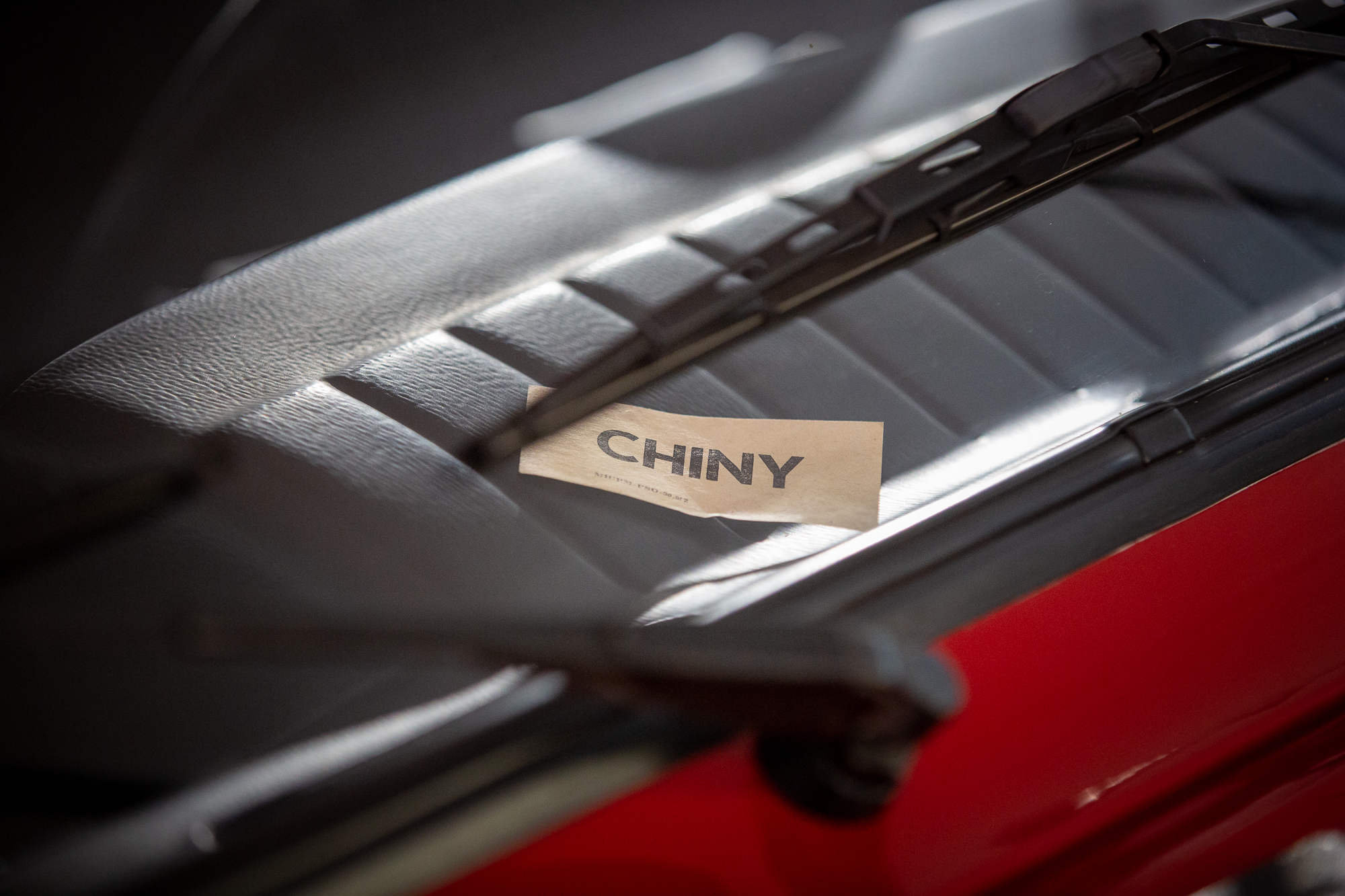 The Polish made Fiats got around the world.Kalbar/TFN

“It’s hard to describe the magic of the Polish Fiat,” says Andrzej, “but while childhood sentiment is definitely of great importance, there’s more to it all than just memories alone. These cars are frankly beautiful and everything is complimented by a captivating Italian colour palette. The colours on the Fiat 126p, for instance, are just simply amazing. In fact, the modern day Fiat 500 uses these very colours. 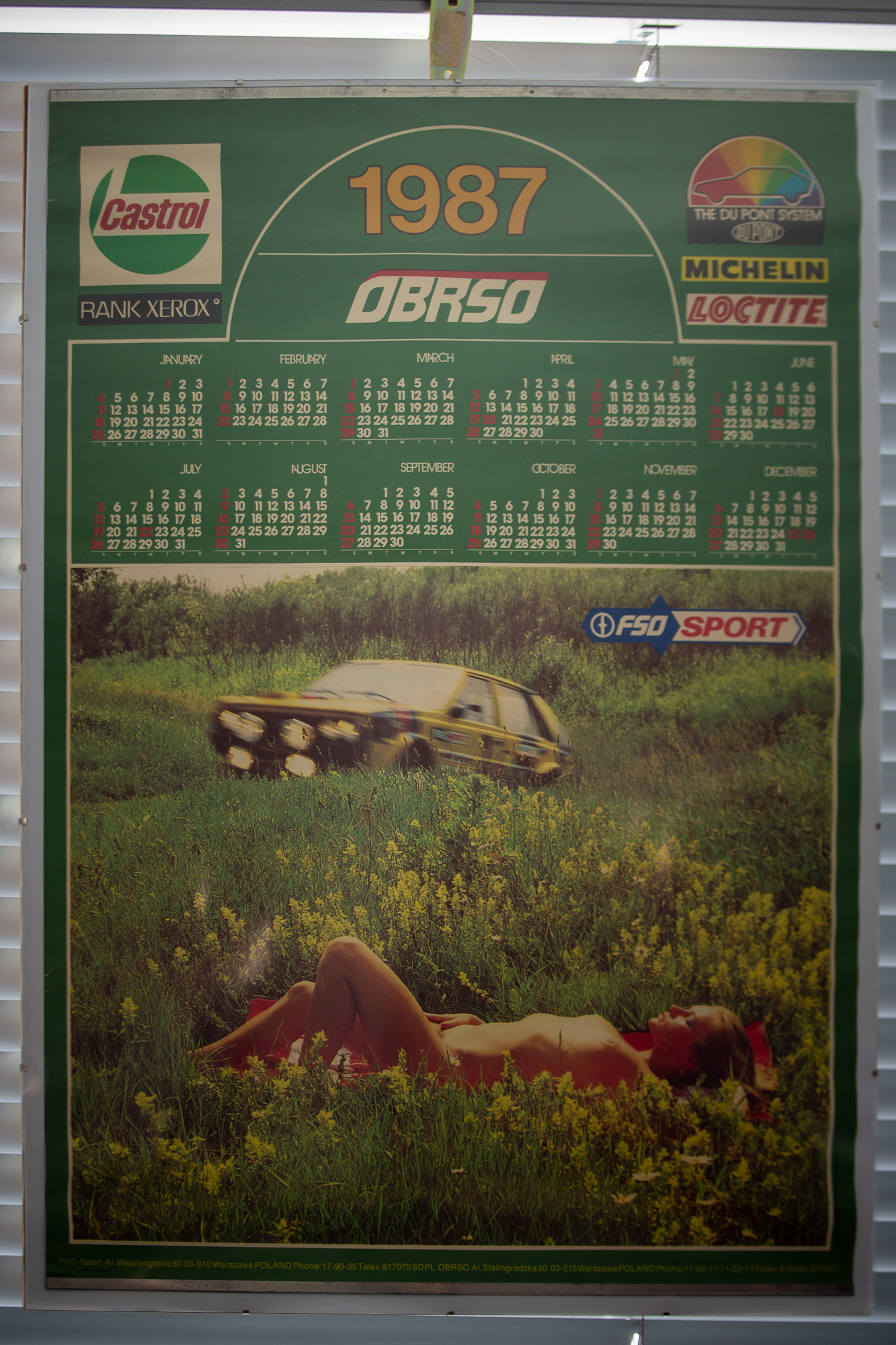 A British wall calendar tries to add a bit of sex appeal to the FSO brand.Kalbar/TFN

“Additionally, where this car is concerned, you also have the body and silhouette to consider – really, I think of it as a work of art. Looking at it, it’s no surprise that this particular model is seeing a resurgence in popularity among the younger generation.” 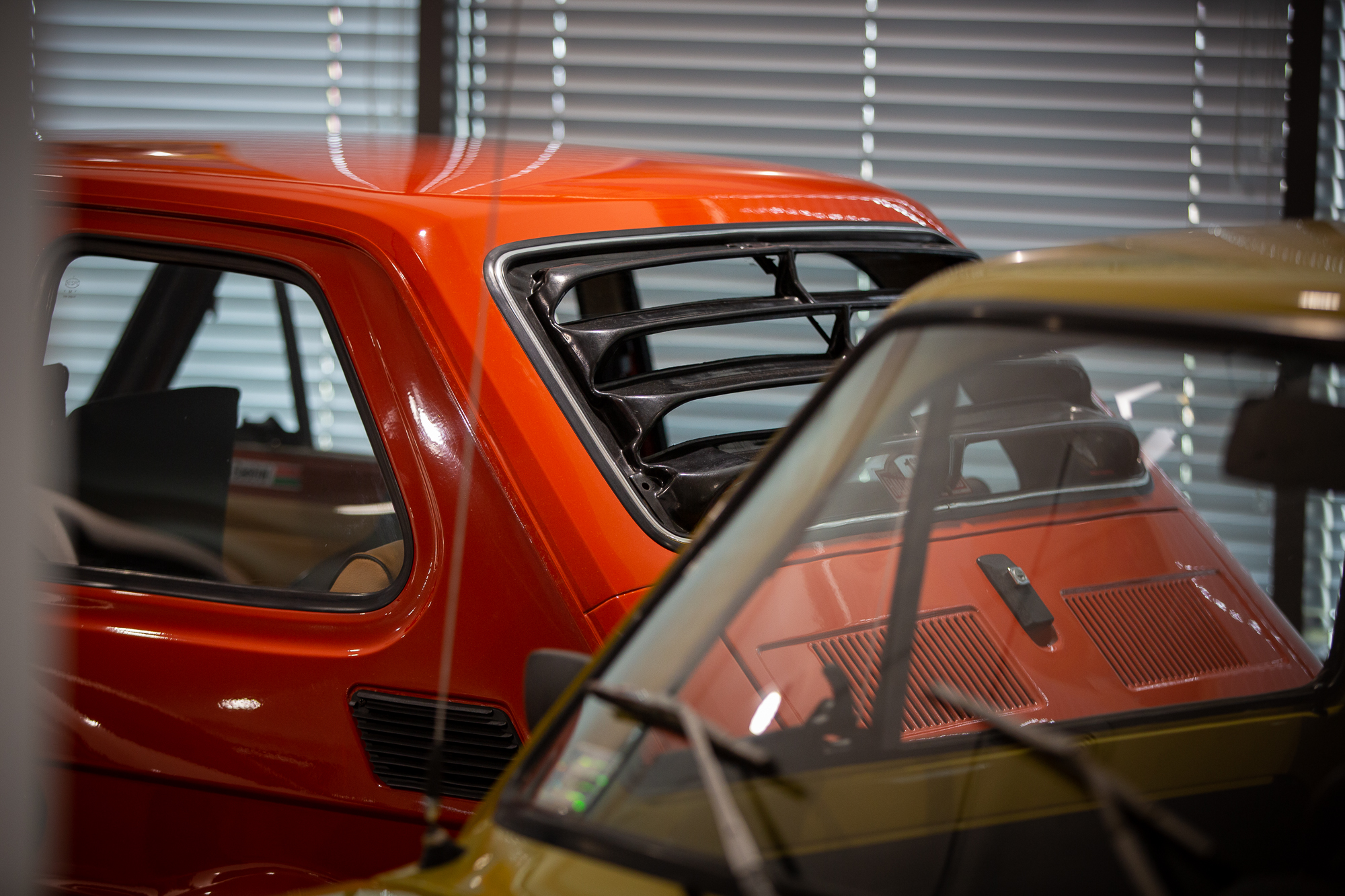 Debuting at the 1972 Turin Auto Show, the rear-engined Maluch was largely produced in Bielsko-Biała.Kalbar/TFN

Manufactured under license, the first agreement between the Polish government and Fiat occurred in 1932 with early models including the compact 508 and even a light artillery tractor. After the war, cooperation was again resumed in the 1960s with the most famous of all being the Fiat 126p. 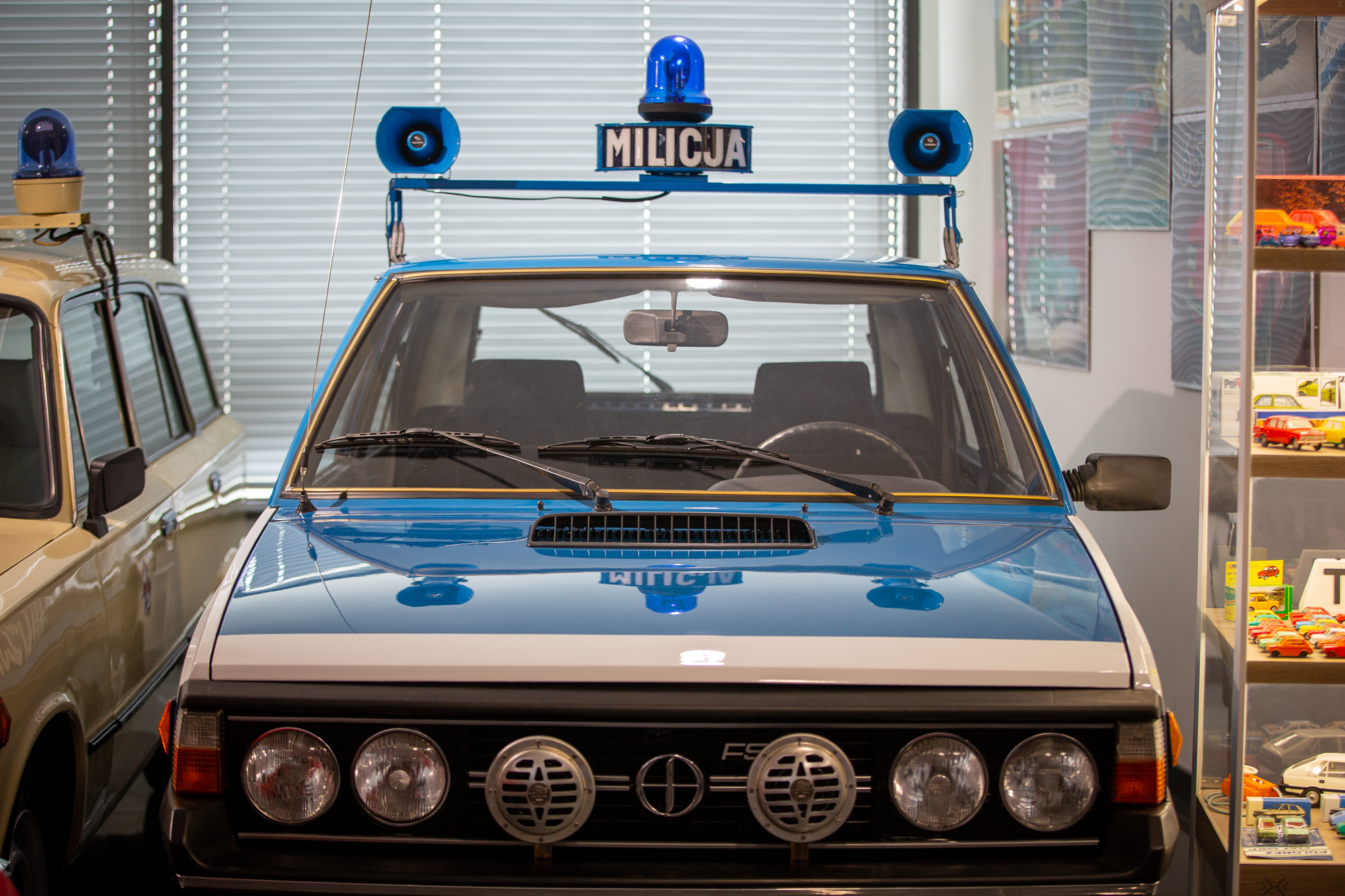 Catch me if you can. An FSO militia car.Kalbar/TFN

Debuting at the 1972 Turin Auto Show, this micro-sized, rear-engine car was largely produced in Bielsko-Biała and was specifically introduced by the government to aid in the mass motorization of Poland. Nicknamed the Maluch (“little one”), over 4.5 million units were rolled out during its 27-year production cycle. 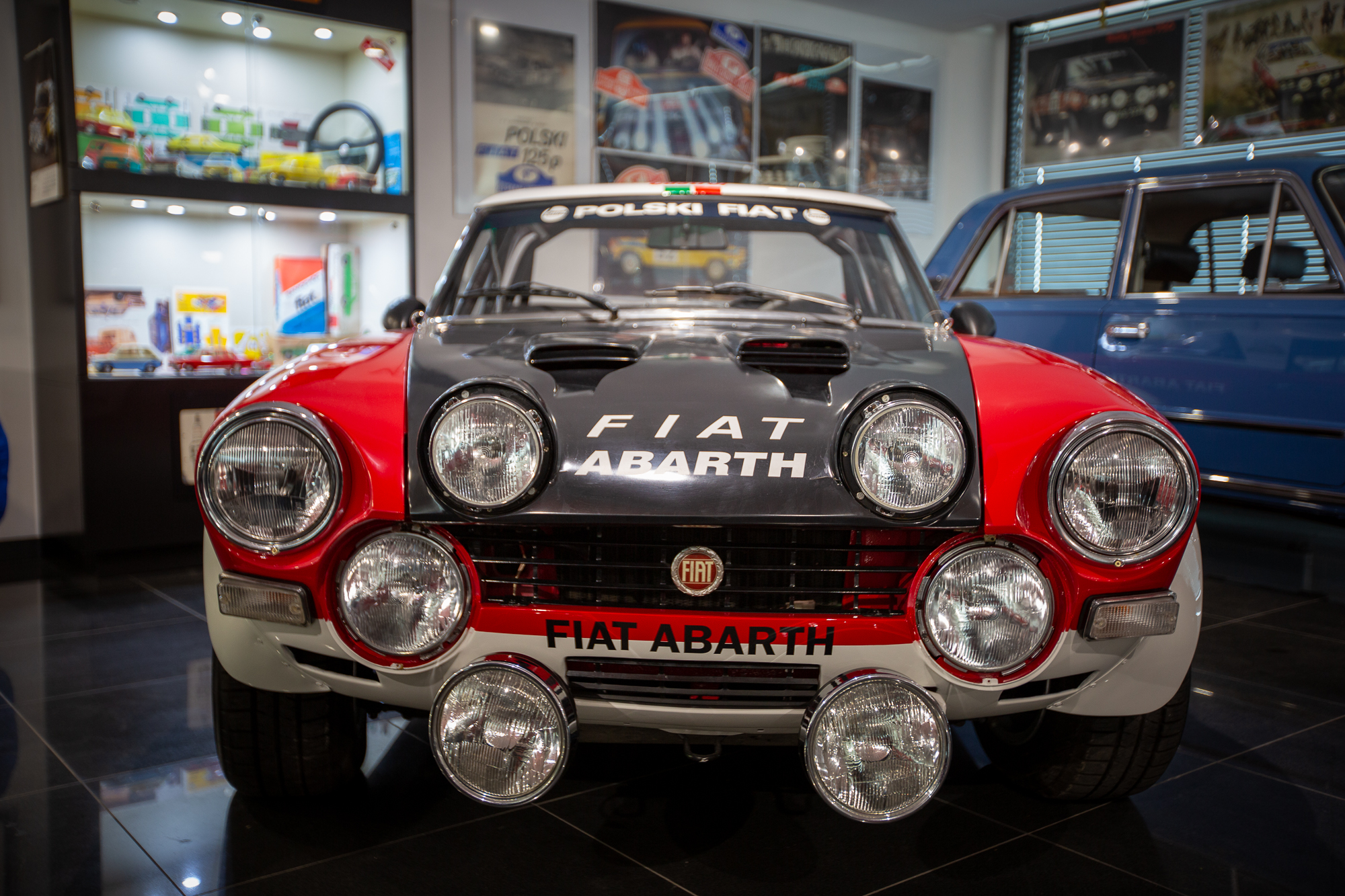 One of the highlights of the display is the Fiat Abarth once driven in international rallies by domestic racing legend Andrzej Jaroszewicz.Kalbar/TFN

But so much more than a mere car, it became a cultural icon inexorably entwined and associated with the PRL era. Families would famously utilize every inch of space before squeezing inside and embarking on long-distance journeys for their annual holiday, and even the stars of the day couldn’t live without one – actress Małgorzata Potocka recalls roaring around Łódź with 10 friends wedged in at all angles swigging Soviet champagne. 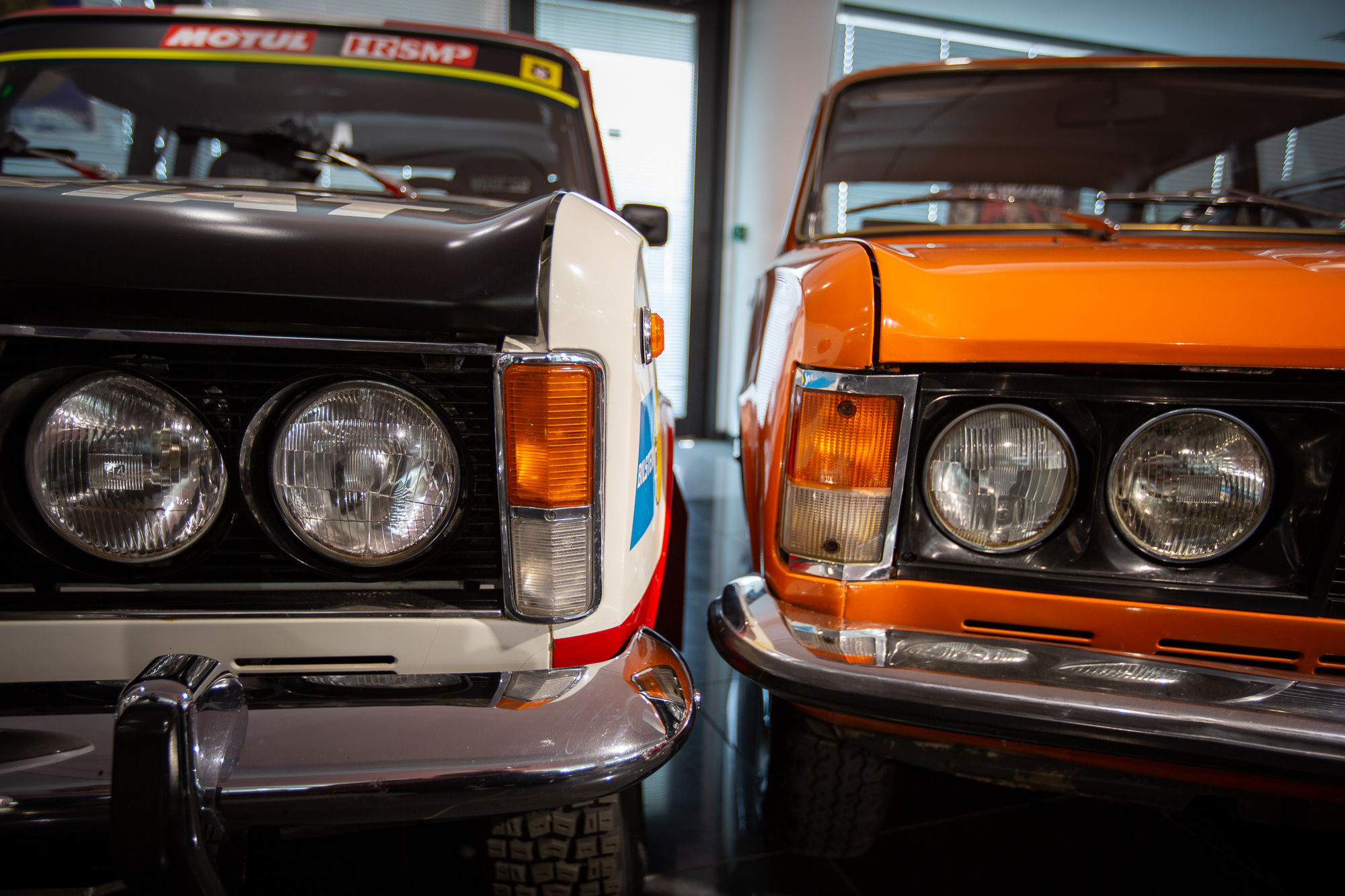 All cars display the loving, care and attention lavished on them.Kalbar/TFN

More recently, Tom Hanks accepted one as a gift from the people of Bielsko-Biała having spent years posting pictures of himself next to the ones he had spotted on his travels.

The car, of course, was notorious for breaking down, and Poles would often scour the depths of their ingenuity to introduce off-the-cuff fixes involving random bits and pieces such as stockings and belts. 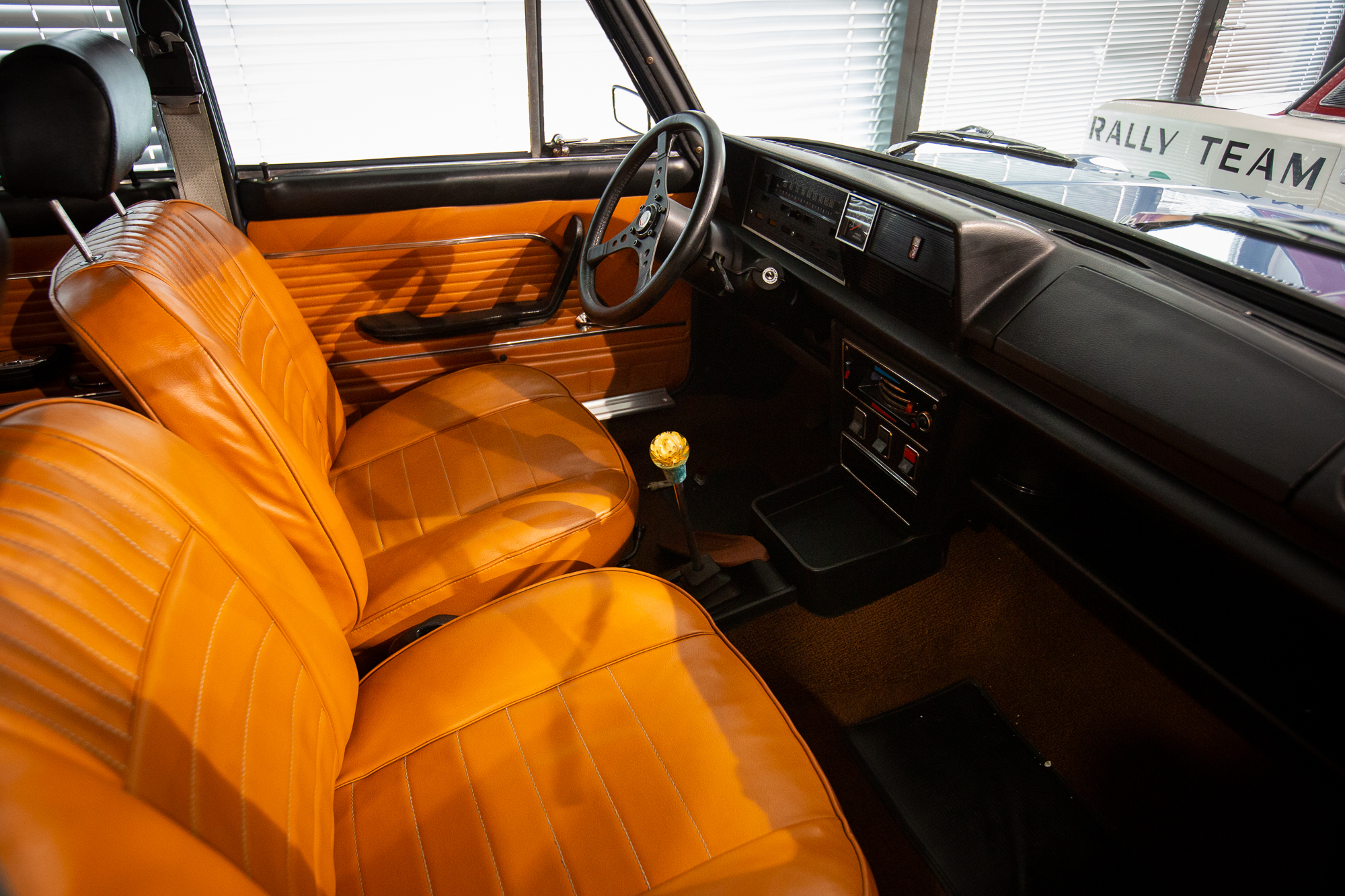 Fiats were first made under license in Poland in the 1930s.Kalbar/TFN

In this museum, you wouldn’t really know. Meticulously restored, the vehicles include beautifully modified models that number a convertible and another adorned with dancing flames sprayed onto the bonnet.

And there is more. 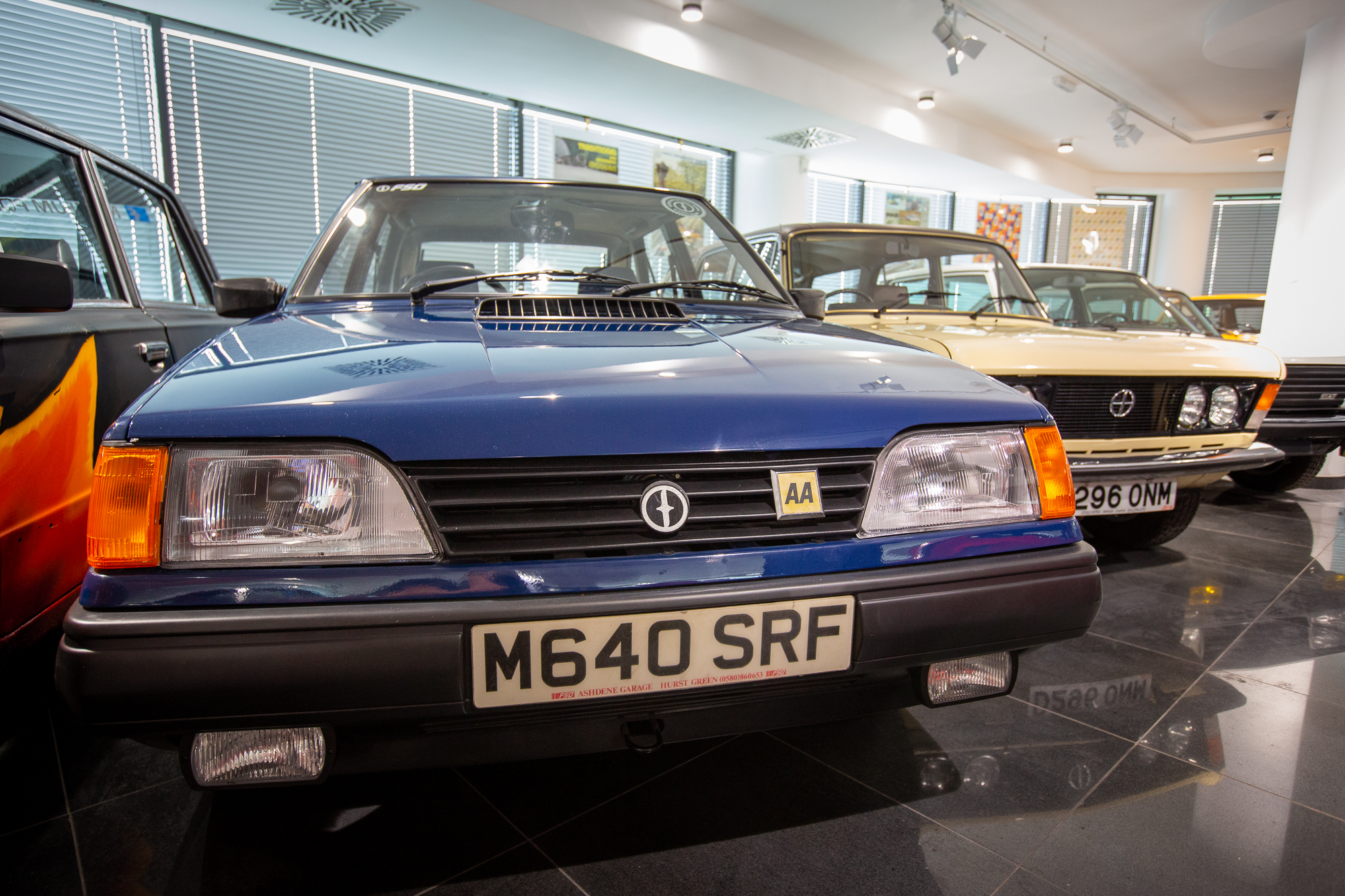 A Polonez sporting British plates. Top Gear’s Jeremy Clarkson described the Polonez as 'the worst car in the world to drive.' Kalbar/TFN

“We’ve also got models of the Fiat 125p,” says Andrzej, “as well as the Polonez, which was less popular but, nonetheless, impresses with its design.”

It didn’t impress Jeremy Clarkson. Speaking in 1996, the Top Gear presenter slammed it as “the worst car in the world to drive.” Widely used by the emergency services, eccentricities inside the museum number a Polonez adapted to hold a stretcher in the back, and another with a roof rack of loudhailers and sirens for the purposes of the militia. 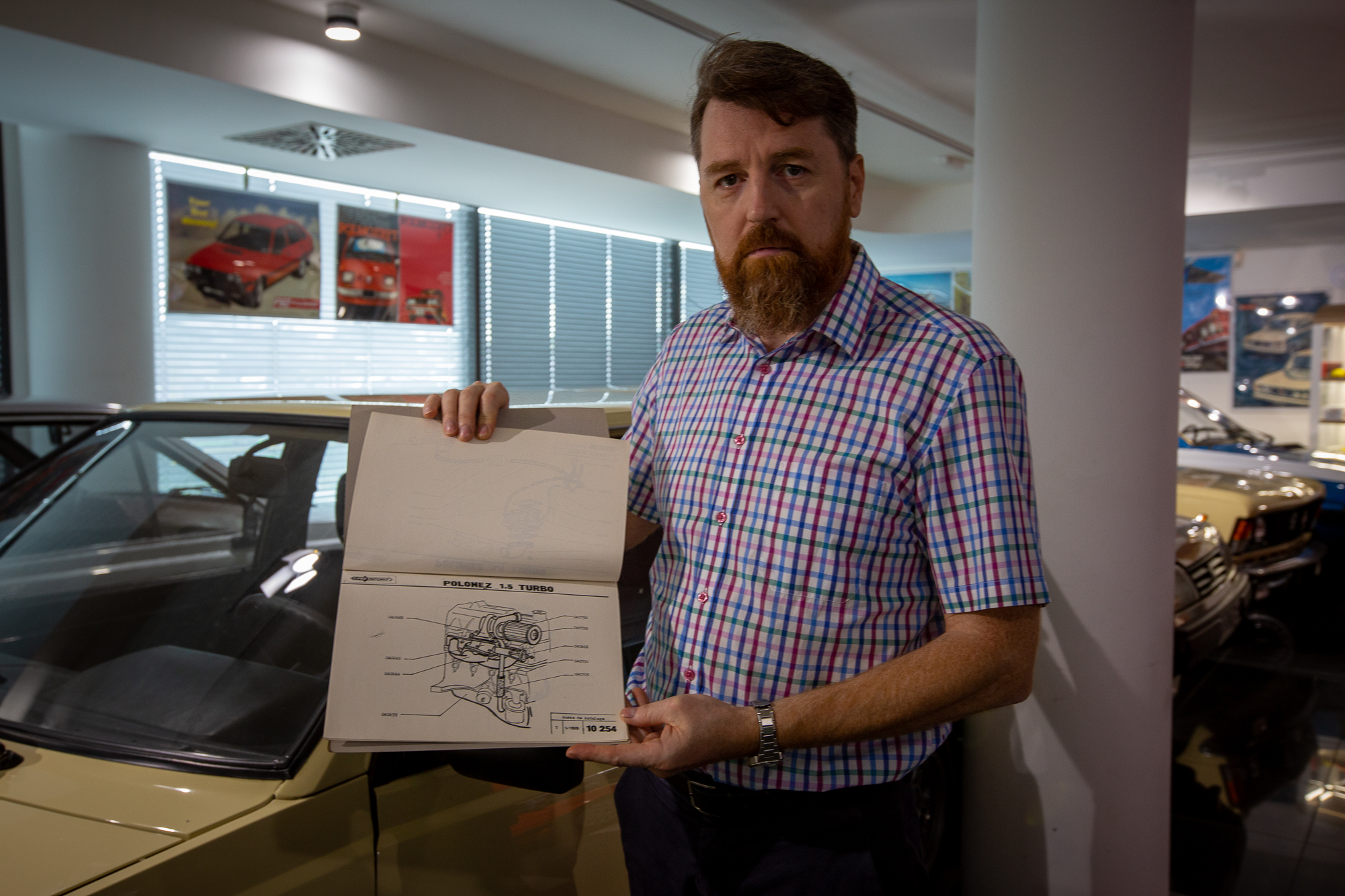 'It’s hard to describe the magic of the Polish Fiat,' says Andrzej.Kalbar/TFN

Exports to Western countries helped prop up Poland’s economy, and a glance around the cars reveals one with British number plates and an AA badge perched proudly on the grille. This is not the only nod to the United Kingdom. Among the groovy vintage ephemera is a 1987 calendar featuring an FSO Polonez dashing down a country lane; in the foreground, a topless lady suns herself in a meadow in a scene that typifies the Page Three glory years of 80s Britain. 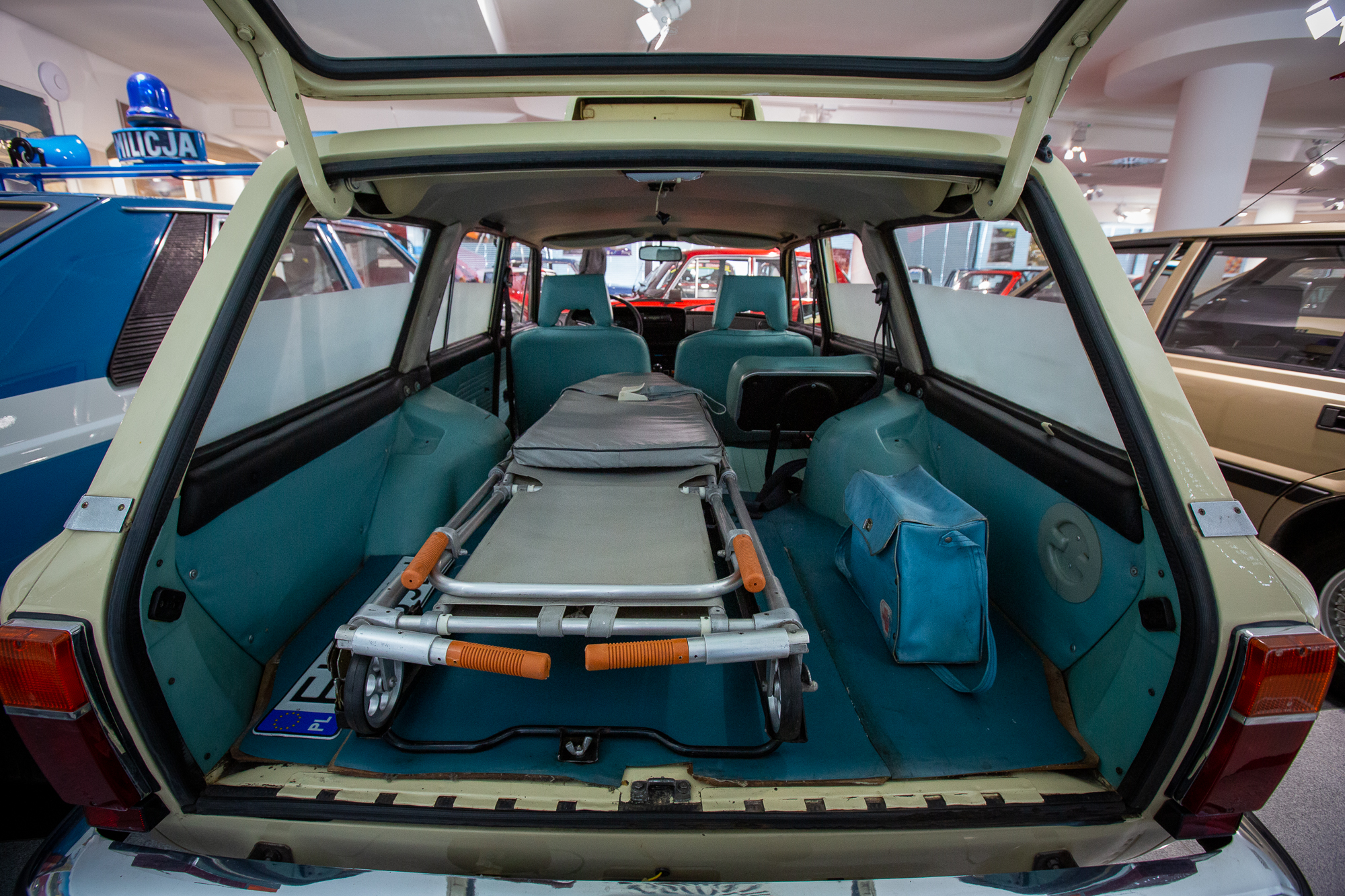 A Polonez ambulance demonstrates the versatility of the car’s design.Kalbar/TFN

But these aren’t the only amusements, and the museum is rife with display cabinets of toy cars, cut-out cardboard models and decorative gear-sticks. You feel the love and devotion that’s been lavished by Andrzej.

“At the moment I’m focused on creating the museum and restoring the other cars,” he says, “but ultimately I’m planning on separating the collection to create three museums in all: one with the Fiat 126p featuring prototypes and unique items; another for the Fiat 125p and Polonez; and, last but not least, an FSO Sport museum containing race and rally cars as well memorabilia related to this topic.”